The amount of time I’m spending in the kitchen either feeding Ben or preparing food for him in advance is on the rise. We’ve been trying to give him new foods as often as possible, which has been really fun! So far there really doesn’t seem to be anything he doesn’t like, though he does have favorites. 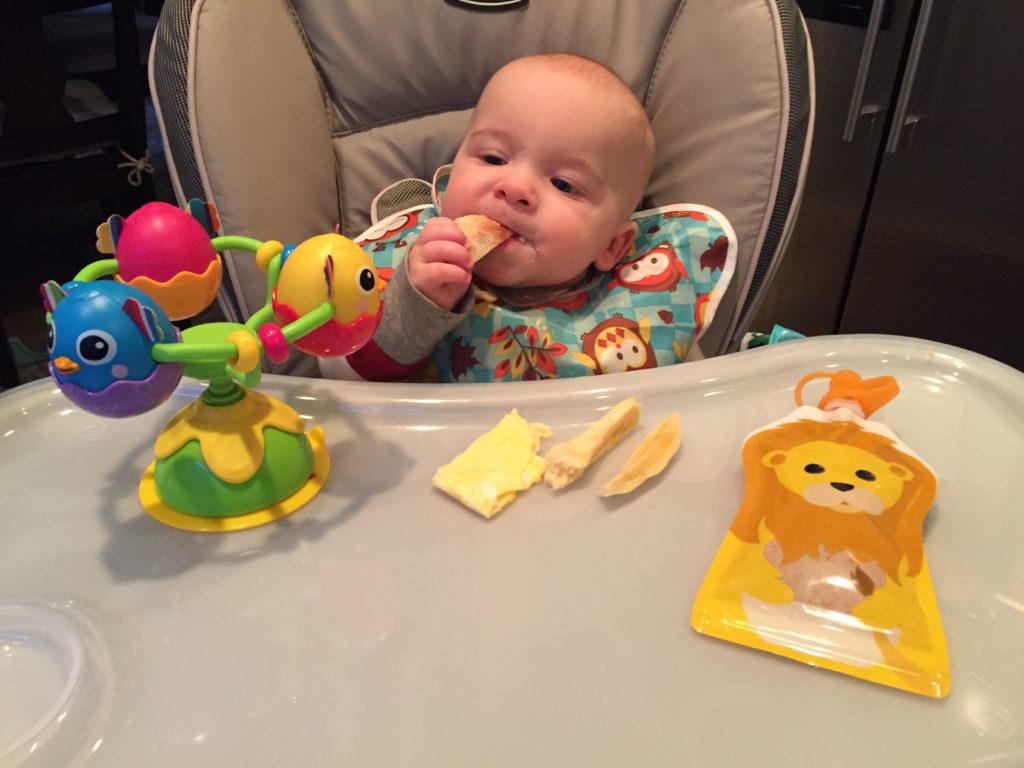 Here are some foods he’s tried so far: 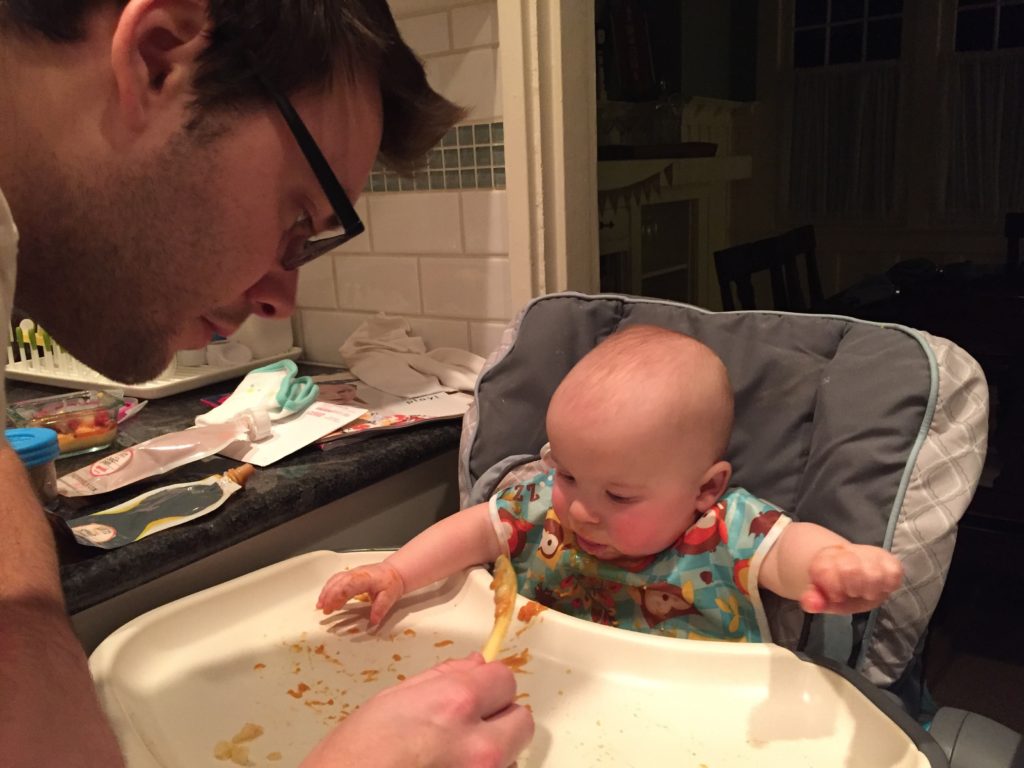 Ben is very inquisitive and quite independent already – he is really in favor of feeding himself. In the last couple days he’s had meatballs {turkey w/ quinoa and onions!}, cucumber sticks, carrot sticks, frittata slices and a small slice of pizza. It is SO fun watching him feed himself. 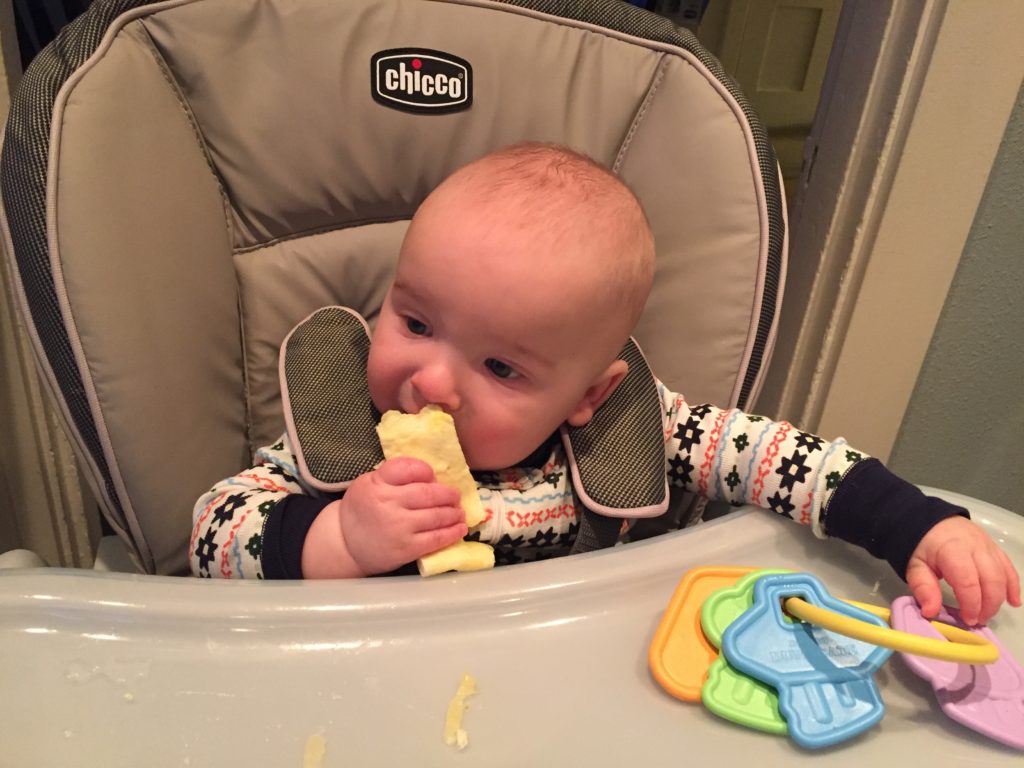 I recently purchased a kit to make my own “pouches” which can contain either a puree or a smoothie-like meal for Ben. These are super handy and are far less messy than spoon feeding. As Ben gets a little older he’ll be able to hold the pouch totally on his own. I have even heard of preschool-age kids loving these pouches too, and they’re great for travel, hiking and on-the-go snacks. I’ve had a great time coming up with some different combinations of food to put in them. 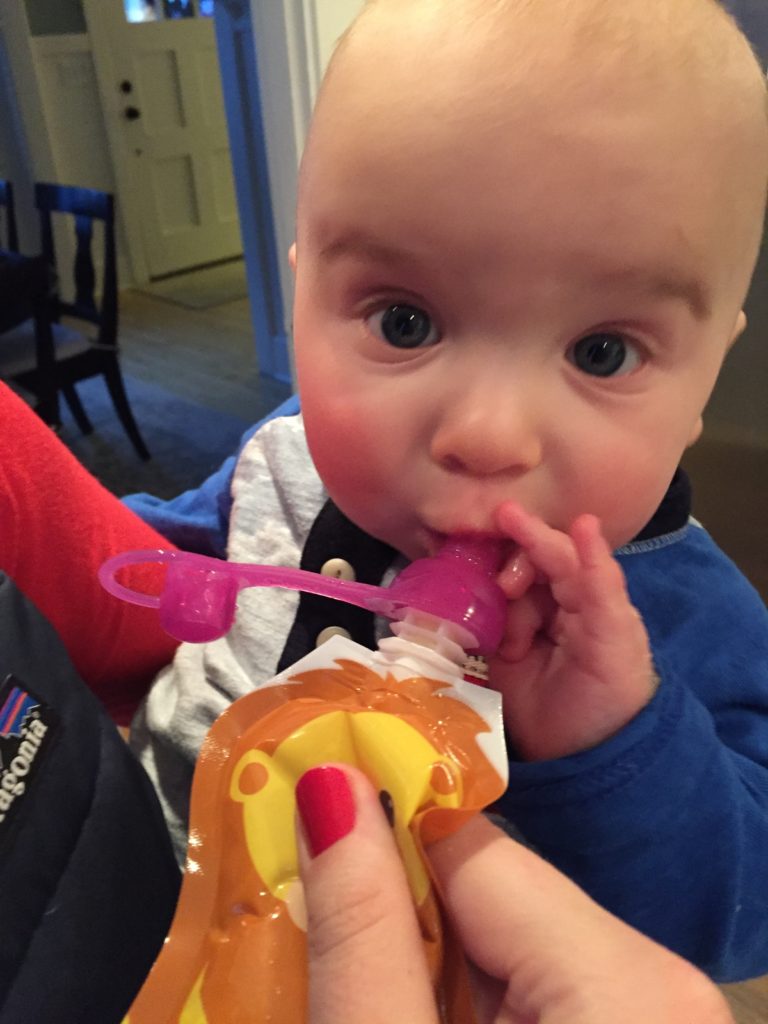 As far as adult food goes, here are some of our favorite things we’ve been eating lately: 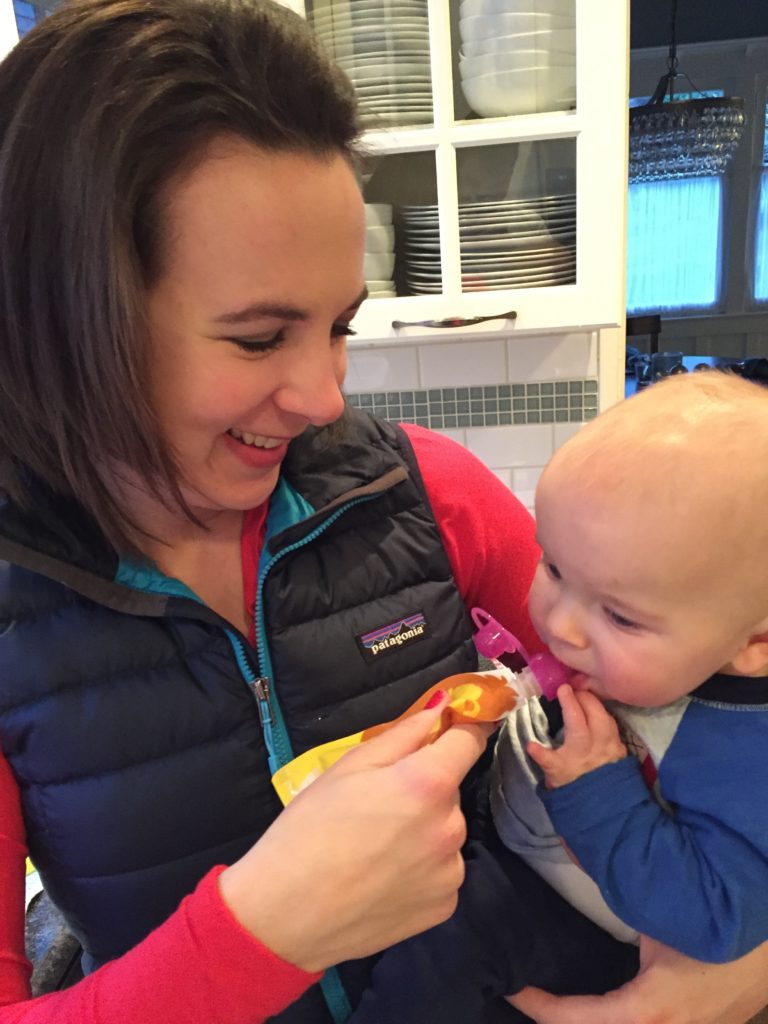 I’ve got a pretty good menu lined up for the week. I’m venturing outside the box a bit one day and making fish tacos {!}, and trying some new meal ideas from one of my all-time favorite cookbooks {Sara’s Secrets for Weeknight Meals – a cookbook my brother got me years and years ago!}. We’ll see how it goes, but this week all of us are trying new things and enjoying food! 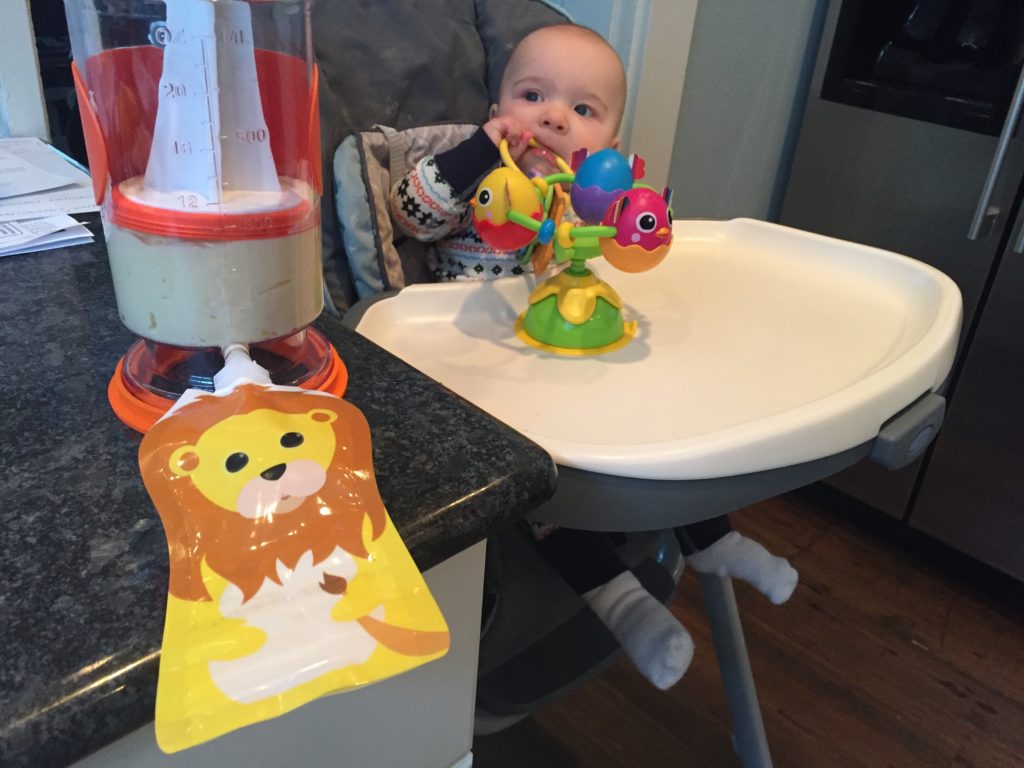