It’s amazing how quickly things are changing around here. Ben is now 7 1/2 months old and I’m really pretty floored at how different things are today than they were three weeks ago when I was writing my post about him turning 7 months old. 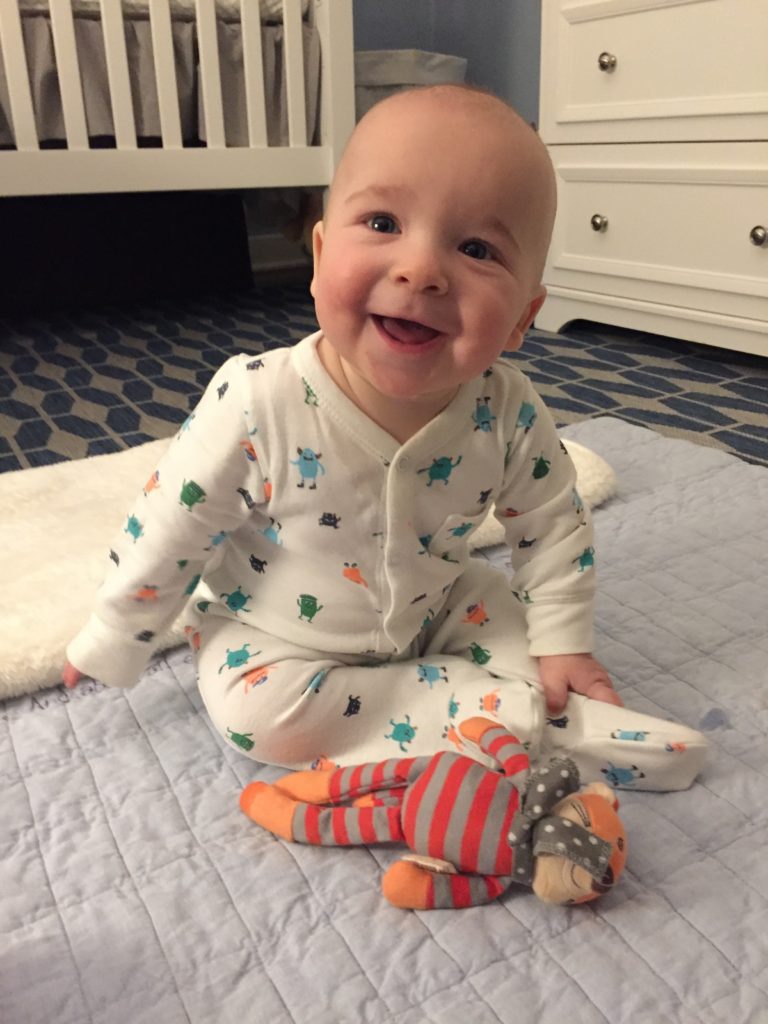 Our daily routine is in constant flux based on what’s going on with Ben – he’s been sleeping so much better overnight {we’ve been getting 7-8 hours of uninterrupted sleep lately!!!!!} these last few weeks and that has dramatically changed his napping schedule. This impacts my mornings because now instead of napping from 7:30-8:15 or 8:30 he’s awake until 8:45 or so and I get to hang out with him and feed him breakfast. He’ll still take one or two other good naps later in the day.

For quite some time Ben was practicing sitting up on his own. Sitting is so much more arbitrary than rolling over because it’s hard to determine the point where he could truly sit. We’ve called it, though, and Ben is definitely sitting now. He hasn’t gotten himself into a seated position yet, but when we plop him down he stays put.

Ben is working on figuring out how to scoot. He can move around his play mat by rolling and doing tiny scoots. He’s got a ways to go before he can crawl, but I have a feeling that’s not too far off. In preparation for Ben to be able to move we’ve purchased a rug for our kitchen to cover our splintery floor. We still need one for the hallway and we need to look into a baby gate, but I think we’ll slowly be ready for him to be on the move… 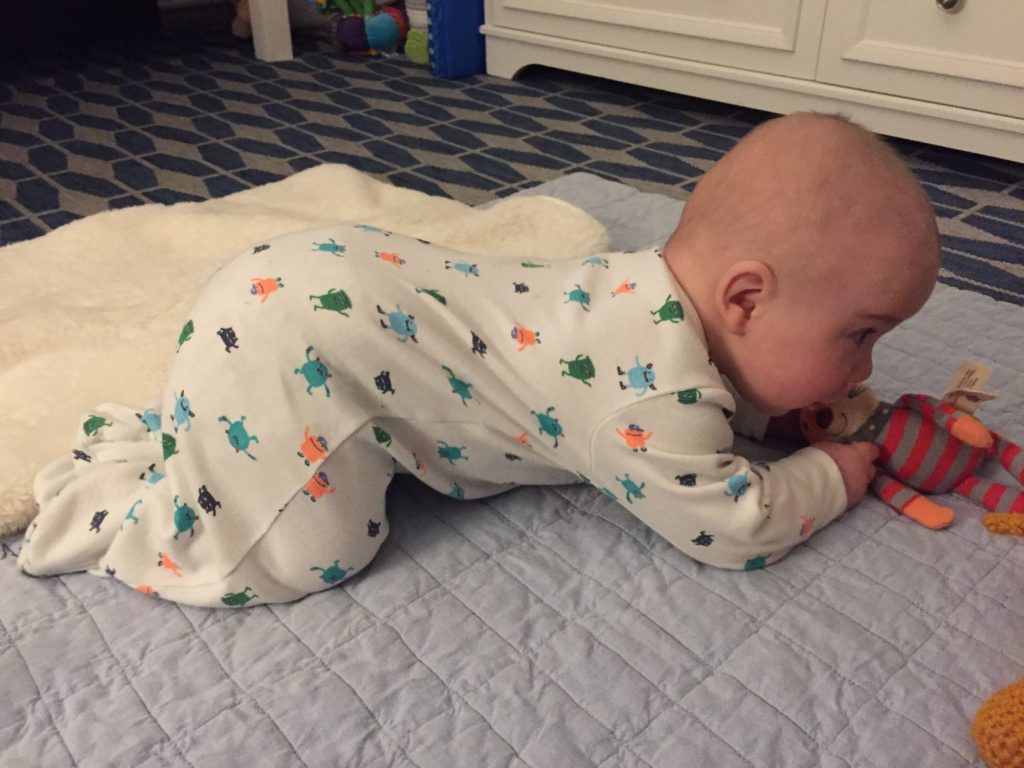 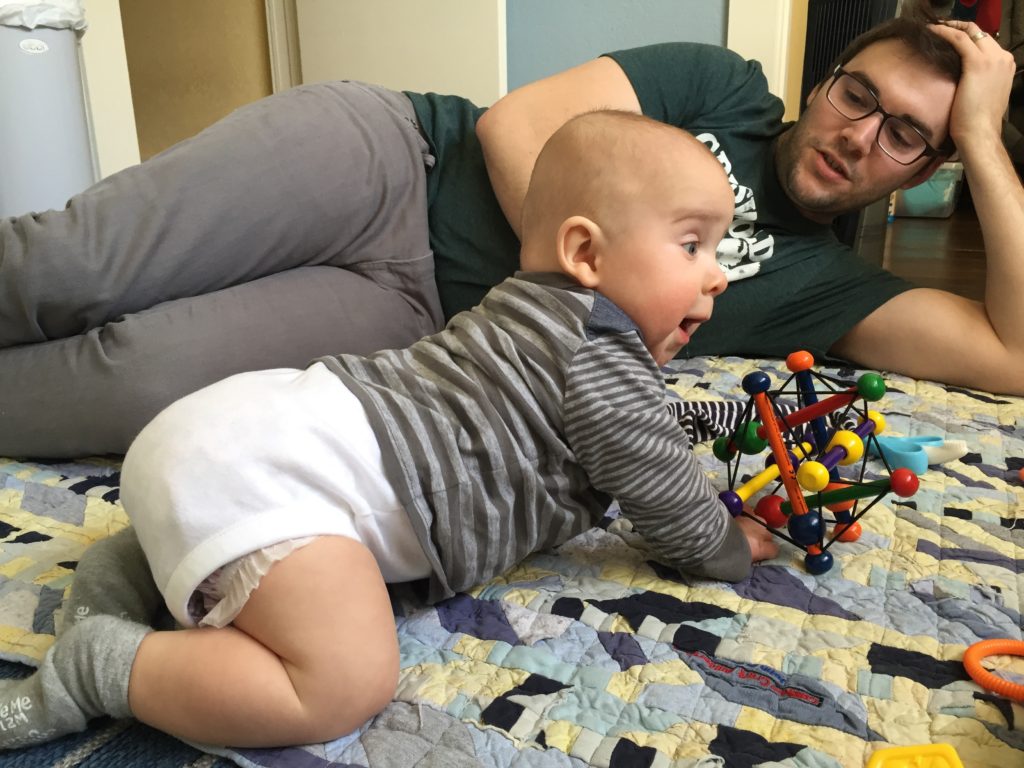 Over the weekend Ben started babbling a TON. He’s been “talking” for a long time but mostly he’ll just make noises, particularly when he’s tired. This new babbling is so sweet – he’s putting together consonants and is starting to blend sounds. A lot of them are “da” sounds, so he says “da da da da da” a lot now. It’s adorable. 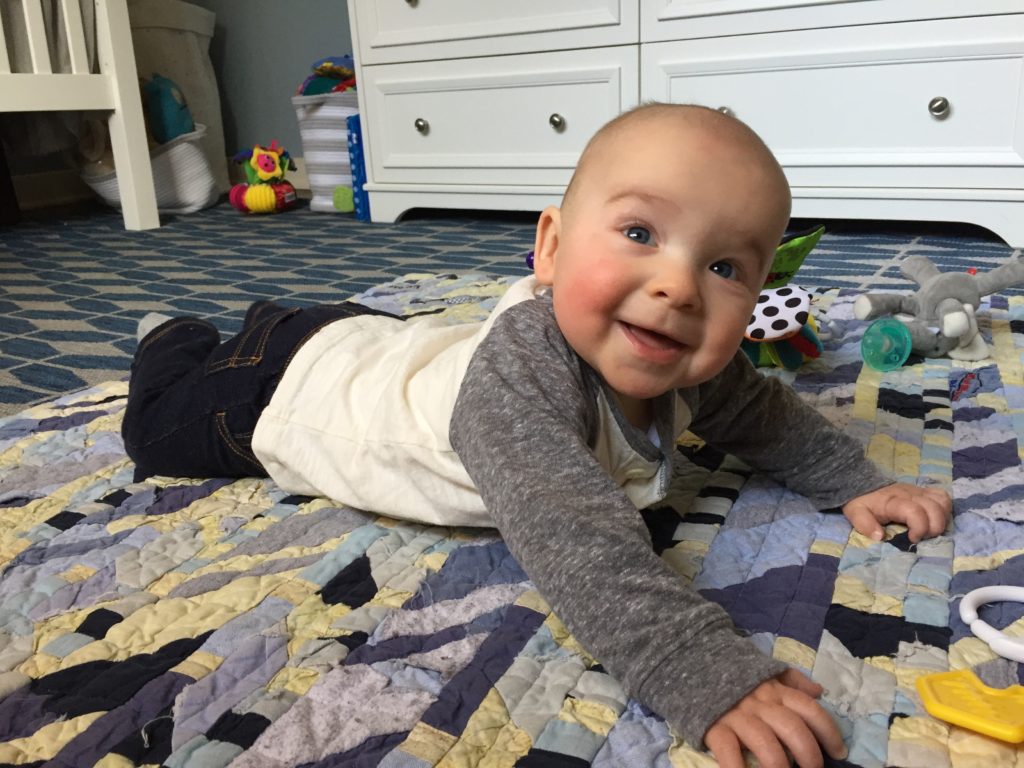 As of last weekend Ben weighed 16 pounds 8 ounces {which is the 9th percentile for weight for his age}. He’s just about to bust out of the size 2 diapers. He’s wearing size 6-9 month clothing right now but some of the onesies are already starting to get tight in the length! I can’t believe it. He hasn’t been in this size hardly 3 weeks! Ben has gigantic feet – he’s wearing 12-24 month socks right now. Wonder where he gets that from… 😉 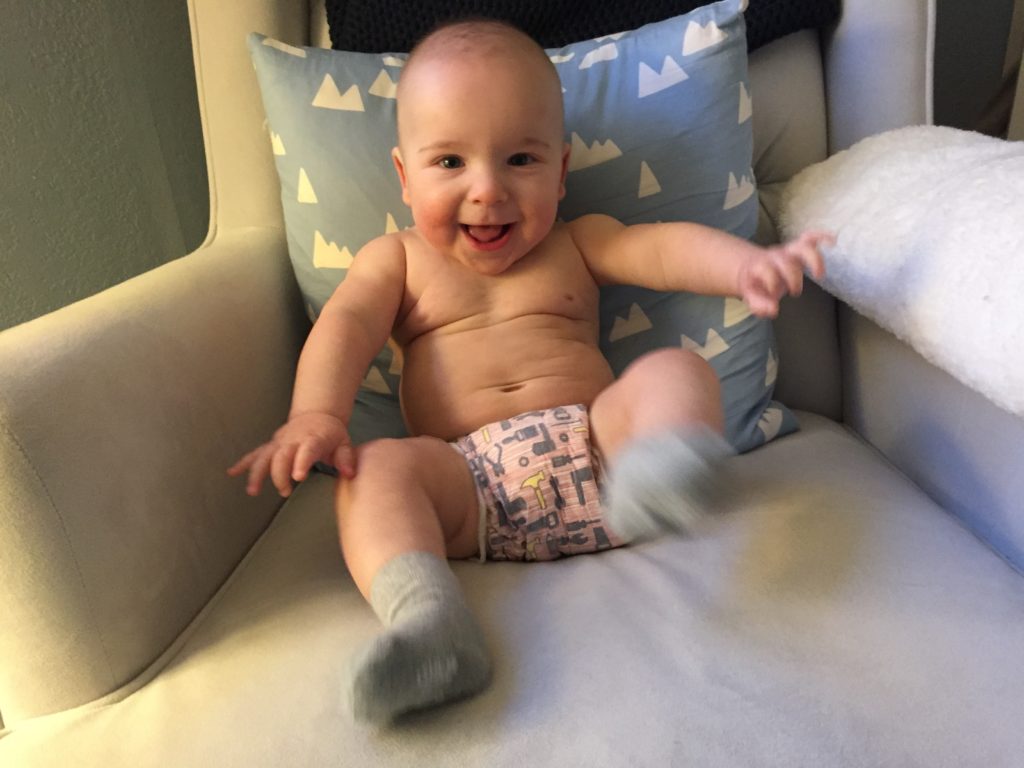 We have several friends with babies the same age as Ben and it’s been so fun to hear what they’re up to and see how differently the babies progress. About a week ago we met up with most of the families from our parents group and got to catch up with them. I actually watched one of the babies recently on the mama’s first day back to work – it didn’t go as well as I had hoped {horrible actually!}. Ben was not excited to have another baby demanding my attention and both of them had close to a 2 hour meltdown simultaneously! 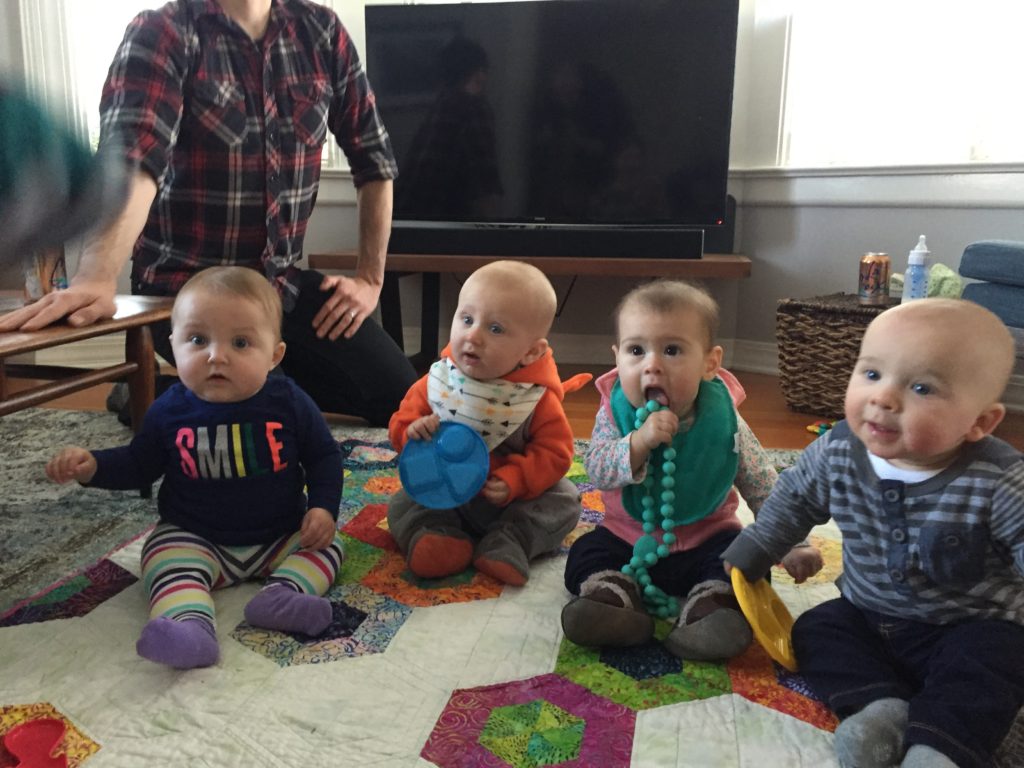 Overall, Ben is a really happy kiddo. He smiles a lot and when he gets excited he kicks his feet and waves his hands. Basically he’s always moving! That’ll be interesting when he can crawl and walk… 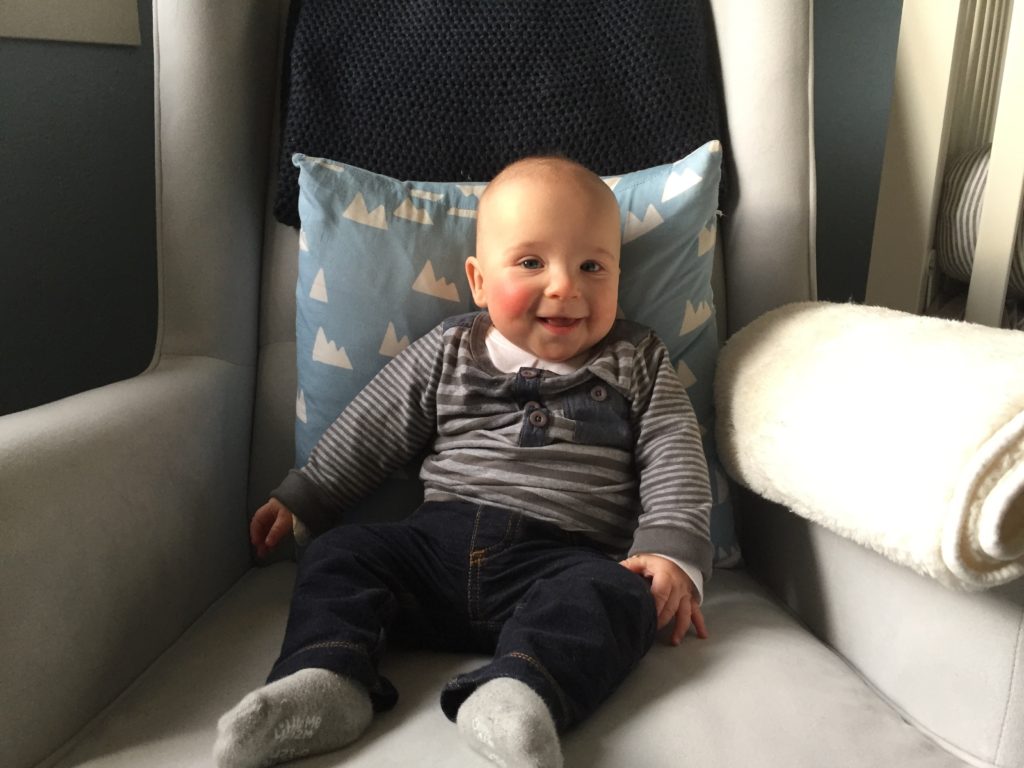 Sometimes Ben can be a whiny baby, but thankfully not very often! Normally that happens when he doesn’t nap well, but surprisingly, a lot of times he’s able to rally and still be chipper even while tired during the day. Last Friday and Saturday were not two of those days… 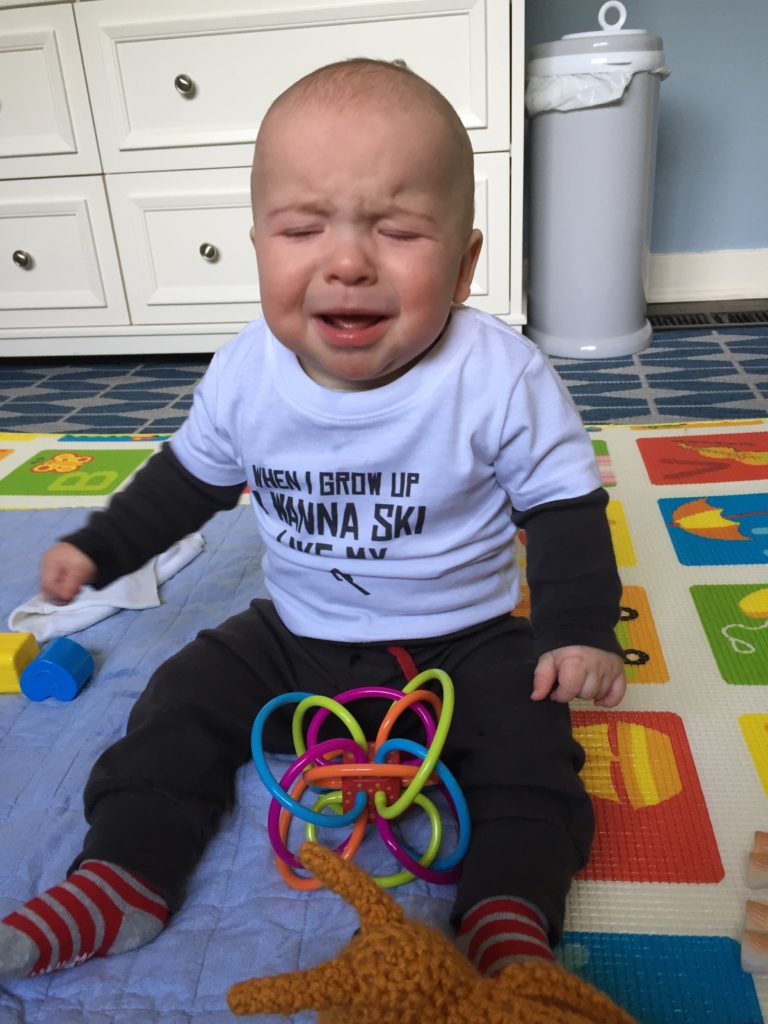 A couple weeks ago we took Ben in to see an occupational therapist as a check-up from his time in the NICU. It was a very cool appointment! She basically sat on the floor playing with him deliberately to see what his capabilities and limitations were. He was SUPER tired and still managed to do well and perform within the “normal” range for his adjusted age (so that of a fresh 6 month old). He scored highest on the gross motor skills {things like picking up toys – small movements}. We almost wish she would have used his actual age to assess him because we don’t typically “adjust” his age. 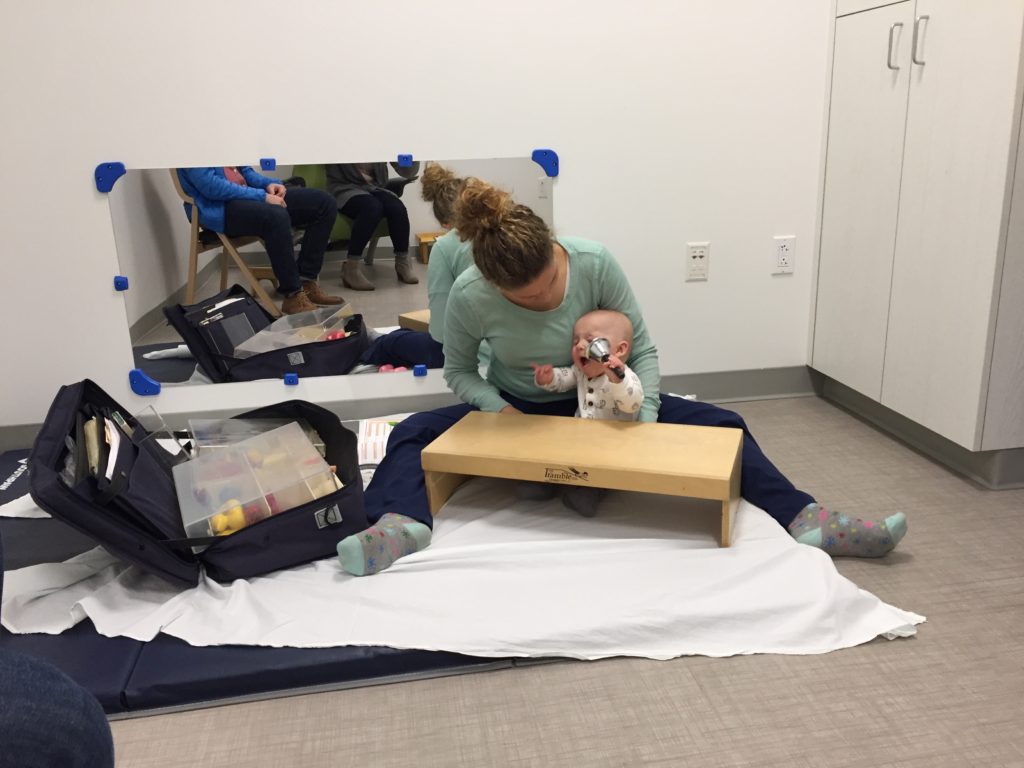 We’ve been loving getting out in the mountains with Ben lately. It’s such a fun thing that we enjoy doing together as a family. Now that Ben is getting older we’re really trying to introduce him to new experiences. 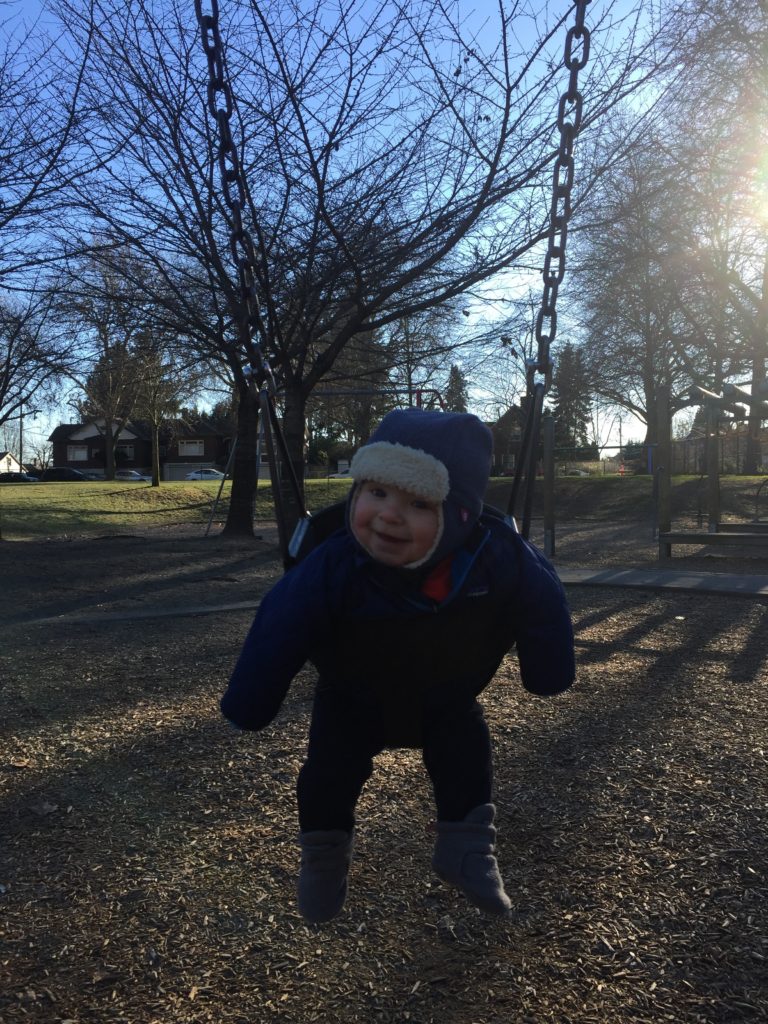 Alex and I are still getting out one night a week for dinner just the two of us. It’s a really nice tradition to have and it allows us to catch up and get out of the house together. Both of us have started going out with friends a little more too – recently we both, separately, went out with some friends. It had been quite a while since I had met a girl friend for a glass of wine, but it’s happened twice this month! We’ve also both been making the time to exercise more regularly. That has been awesome! We’re really starting to feel like we’re in a good groove these days. It took a little while but I think we’ve figured it out… for now! 🙂