Like many pregnancies, this one has been filled with ups and downs. I officially reached and passed the “halfway” point and am currently 22 weeks {or 5 months} pregnant. 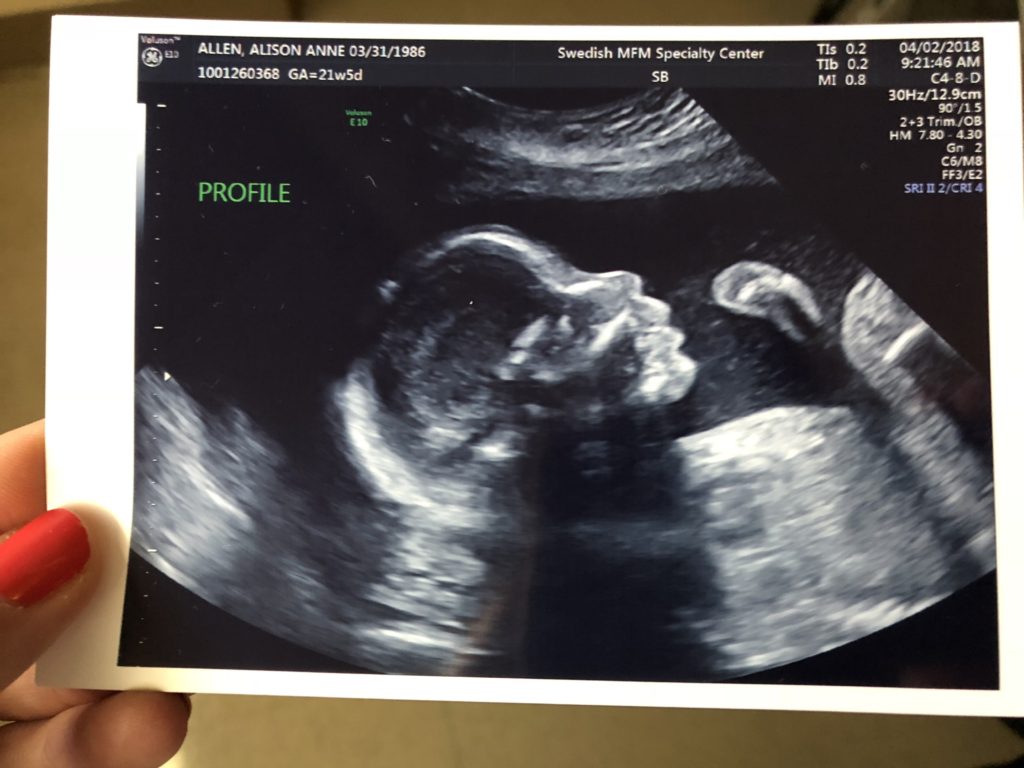 So far, there have been a lot of similarities with my pregnancy with Ben and some definite differences. Neither pregnancy has involved food cravings, oddly enough. Both were filled with food aversions, particularly in the first trimester, some nausea and a whole lot of heartburn. This one includes some significant lower back pain {darn!!!!} and so far, especially in the second trimester, a “normal” amount of energy.

I remember loving the second trimester in my pregnancy with Ben. I felt almost normal, and that’s sort of the case with this one, aside from the back pain. I’ve been sleeping really well almost my whole pregnancy so far and surprisingly have had less sheer exhaustion than I remember having with Ben. I’m staying up until a reasonable adult time in the evenings and waking up feeling well-rested, which is a joyous feeling, especially since I know what’s coming once this baby girl arrives.

This pregnancy, though, is a little different. I’m more experienced and less naive. While I realized quickly in my first pregnancy that once you see that “yes” on the pregnancy test, you’re never “out of the woods” so to speak, on anything, forever, in the rest of your life. 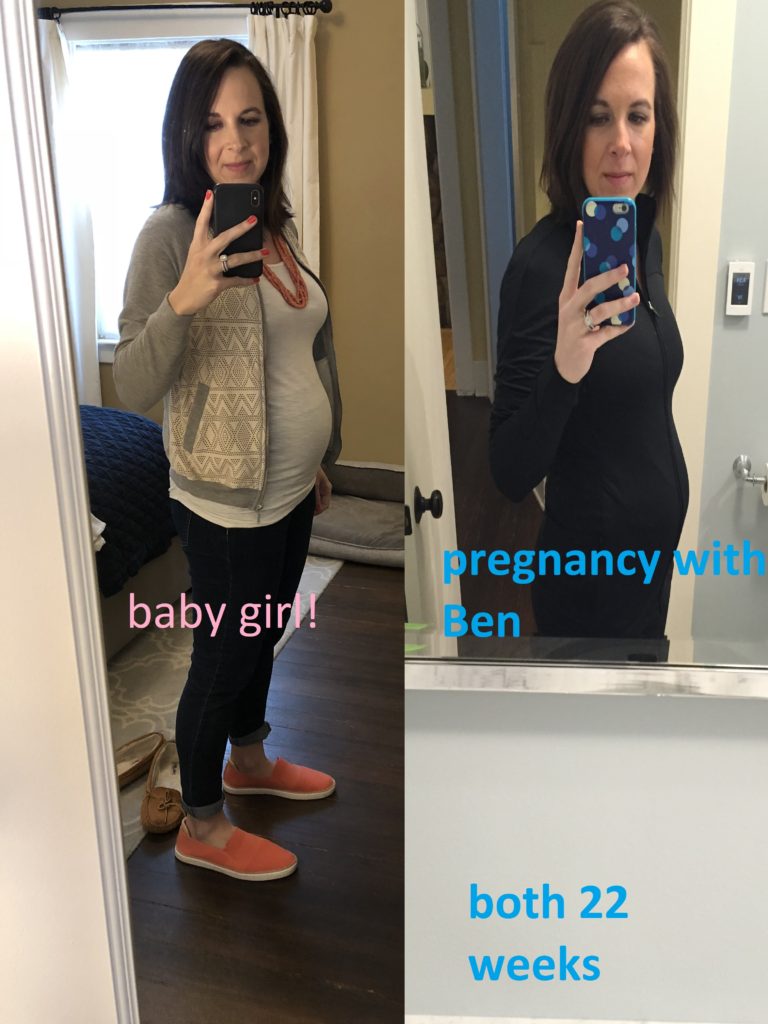 Experiencing a serious pregnancy complication, as I did with Ben, and living through a month in the NICU is enough to change anyone’s perception of future pregnancies. My worries with the second pregnancy have nothing to do with the color of the walls, whether the theme for our nursery will be woodland creatures or airplanes, nor finding the best “organic, all-natural crib mattress” on the market.

My concerns with my second pregnancy include the hope of a healthy baby at the end of a full-term pregnancy, wondering what labor is like {I never labored before delivering Ben via c-section}, how we’ll adjust to life with two, whether I’ll still get my morning and evening cuddles with Ben, if I’ll be able to breastfeed this time, and hope hope hoping this baby will adjust to napping on-the-go so I can keep up with my toddler. And let’s be real, baby #2 is probably sleeping in a pack & play in our closet.

During the first half of the pregnancy my doctor’s appointments were fairly regular, though because it’s a high-risk pregnancy they included additional ultrasounds. In my mid-point ultrasound this week we got a big scare. The doctor told us after the ultrasound that the baby had a heart defect, which in it of itself could be just fine, but it could be an indicator of something more serious. Fast-forward two nail-biting days to our echocardiogram where the pediatric cardiologist tells us there is absolutely nothing wrong with our girl’s heart and that it’s perfectly normal. It seems as though the ultrasound was mis-read.

In any case, our babe’s little heart is not the only thing developing normally – she is too! We got a confirmation that she is indeed a she {a little doubt in the last ultrasound} – and she’s huge! According to the ultrasound she is in the 85th percentile for size {so that means if she was compared against 100 babies, she’d be bigger than 85 of them!}. Wowza! Our fingers are crossed that she keeps on growing normally and that we get to meet her in late July or early August.

Looking back on my pregnancy with Ben: