Whistler is one of Alex’s and my favorite places to visit and ski. The village is adorable and the mountains are extraordinary – Whistler Blackcomb is the largest ski resort in North America! We thought it would be the perfect destination for our first family-of-three vacation. Alex and I hadn’t been there together since 2013, though I was there last winter with my dad. While the trip was very different than we expected, we had a great time and we’re scheming on making an annual family Whistler trip every winter. 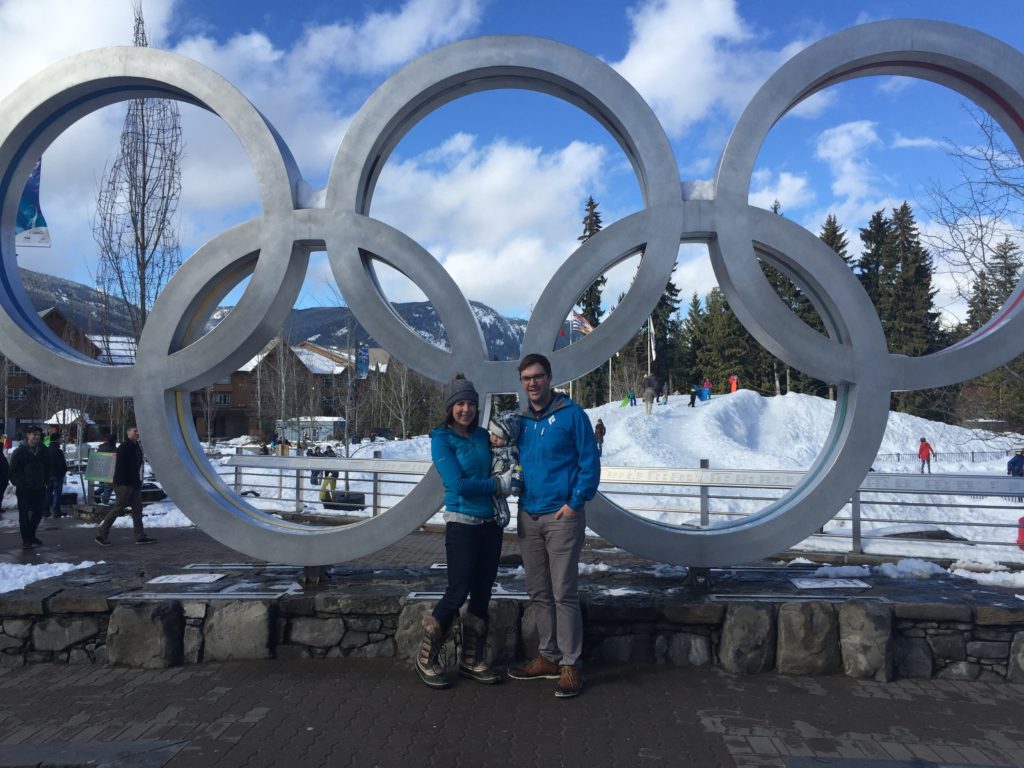 Our trip began on Friday morning – we had gotten pretty much everything packed up the night before and were hoping to wake up and load up the car and then hit the road before Ben took his morning nap so that he could snooze in the car. The timing worked out really well, but I woke up feeling like I had been hit by a train. I was operating at about 20% and that’s being generous. Alex took one for the team and by some miracle we were out the door by 9 and Ben quickly fell asleep, as did I. 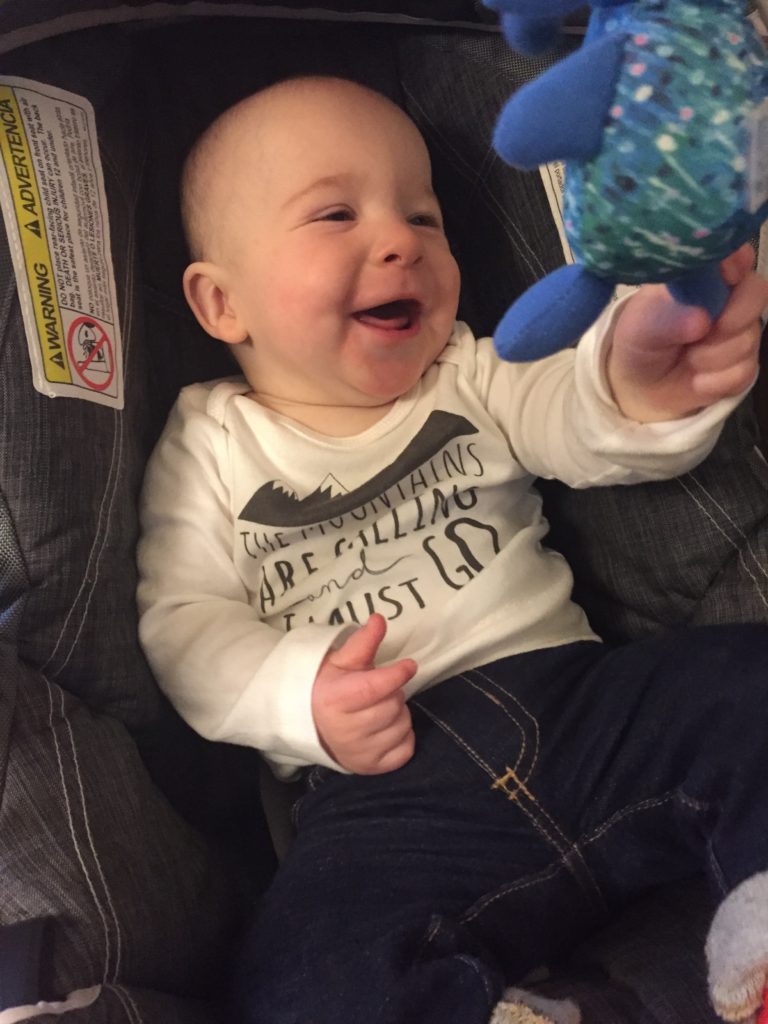 The drive to Whistler is 4.5 to 5 hours, depending on Vancouver traffic and border wait times. Once you pass through Vancouver the drive is absolutely breathtaking along the Sea to Sky highway. Sadly I did not enjoy any part of the drive other than when it was over. By then I was feeling better but not 100% {by the next morning I was fine}. 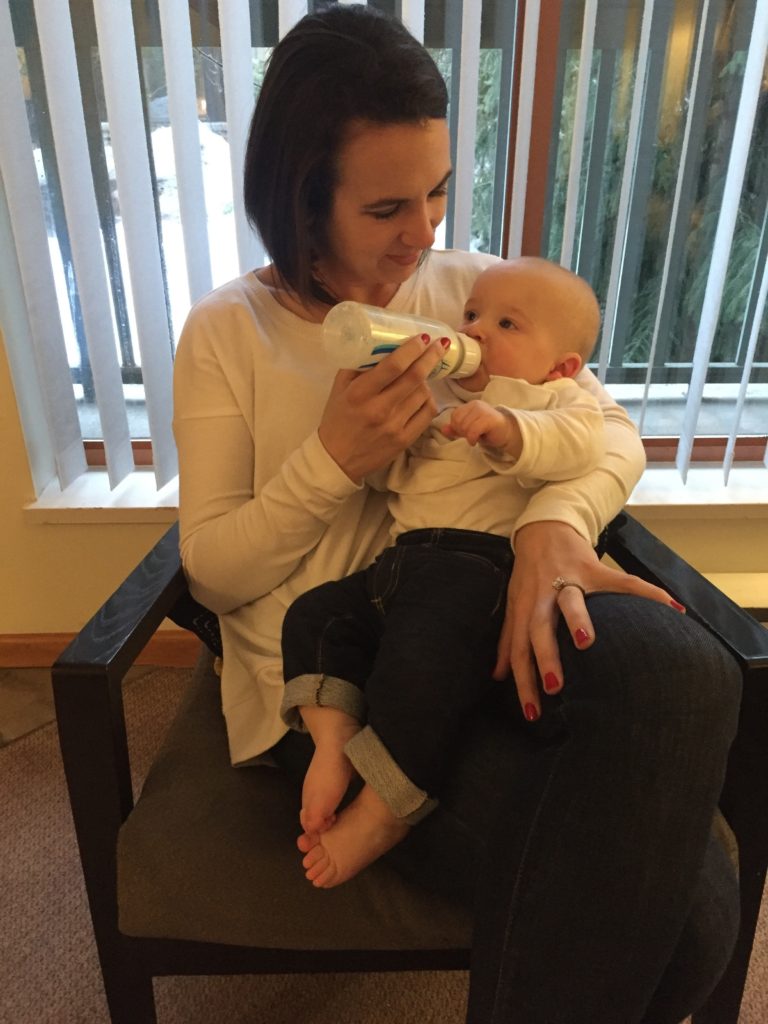 This was going to be our “big vacation” and we had reserved a condo for a full week – Friday to Friday. We scheduled a babysitter for three days so that Alex and I could ski. In addition to downhill skiing we brought our cross country gear so that we could take Ben out too. We’ve heard from several friends that there is a lot to do with babies in Whistler and we were really excited to experience that first-hand.

The condo we stayed at had a really good location for being a young family in Whistler, though it wasn’t as close to the lifts as we had hoped. It was situated just outside the village, quite close to the Olympic Plaza, which has a skating rink, a sledding hill, and a playground. It was also near the library, a grocery store, several coffee shops and other great restaurants. Next time we visit we’d opt for a place closer to the gondola and more in the heart of the village. 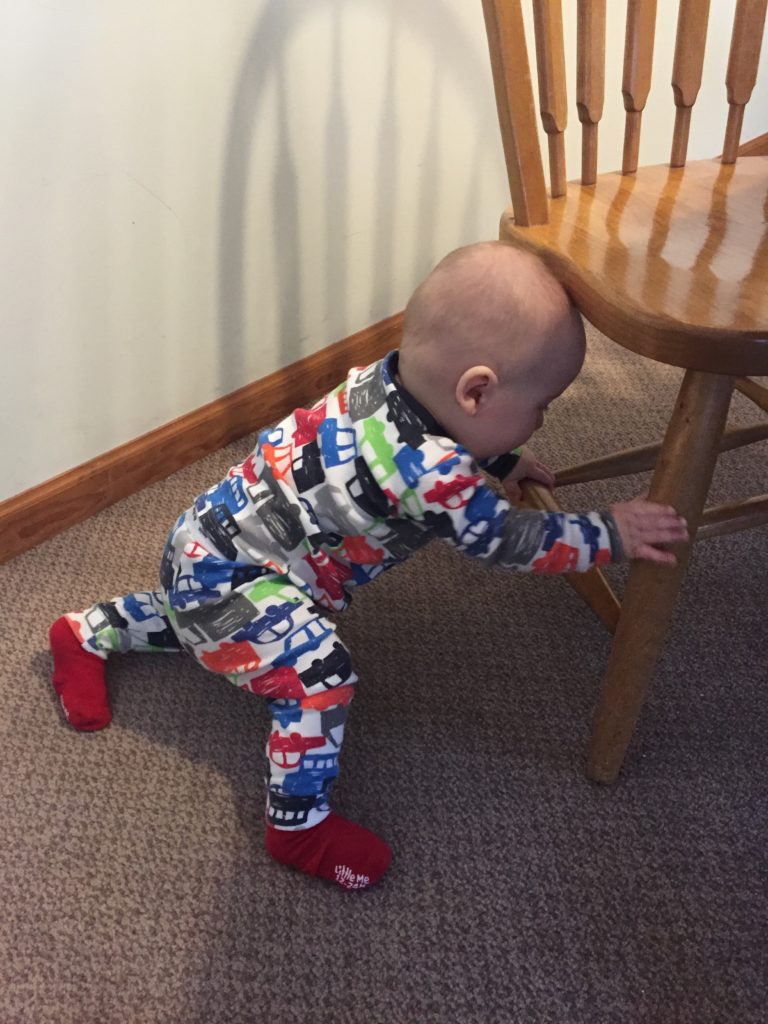 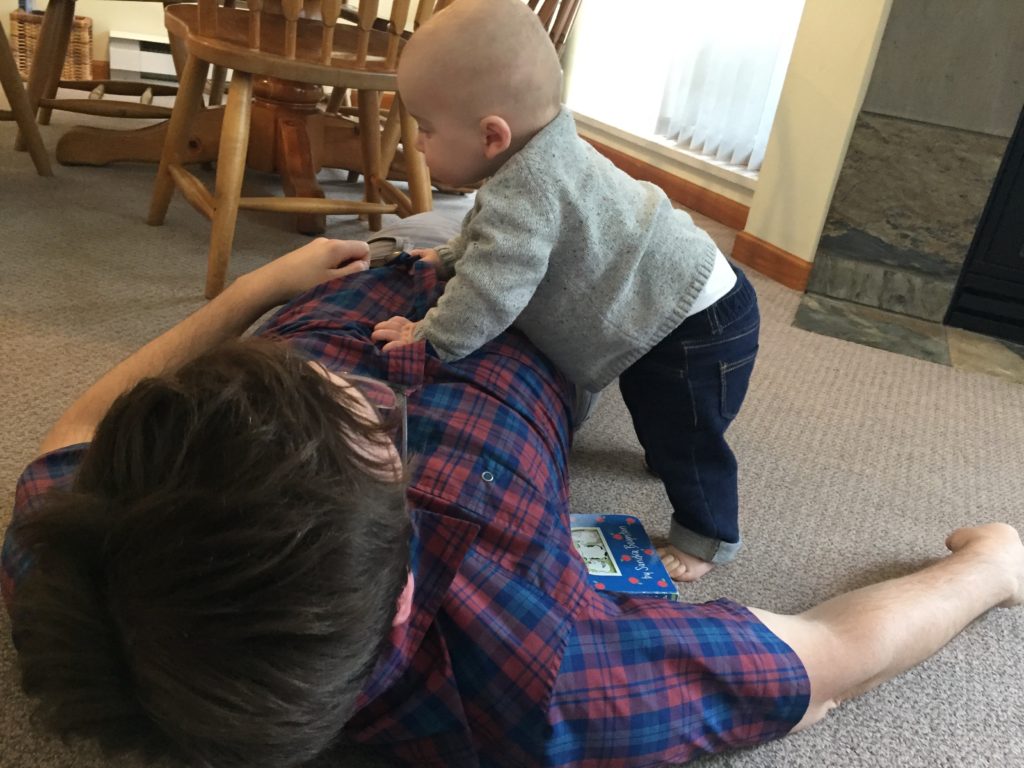 Our first full day was great – the sun was out and it had snowed a few inches overnight. Perfect for exploring the village and doing some sledding! 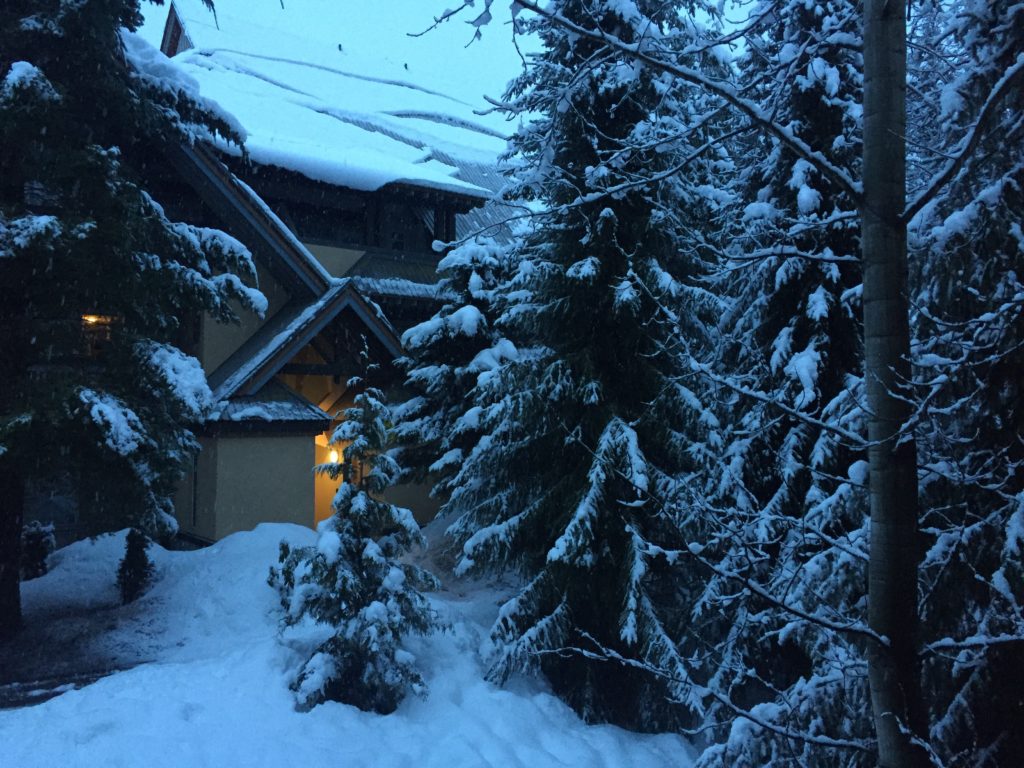 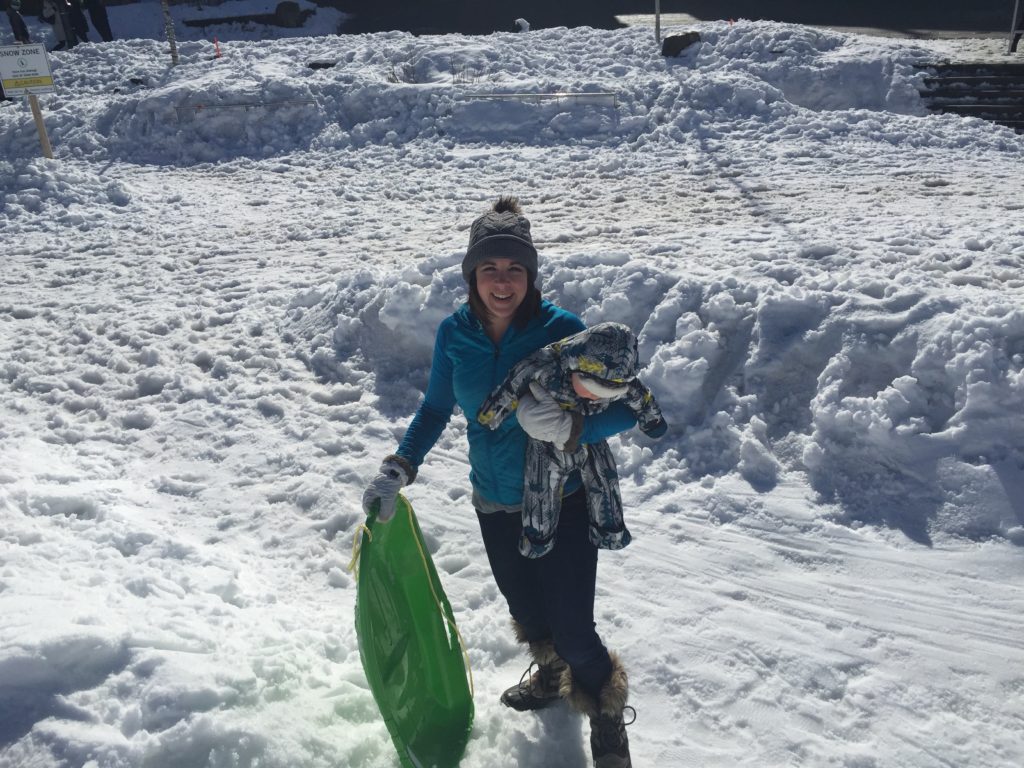 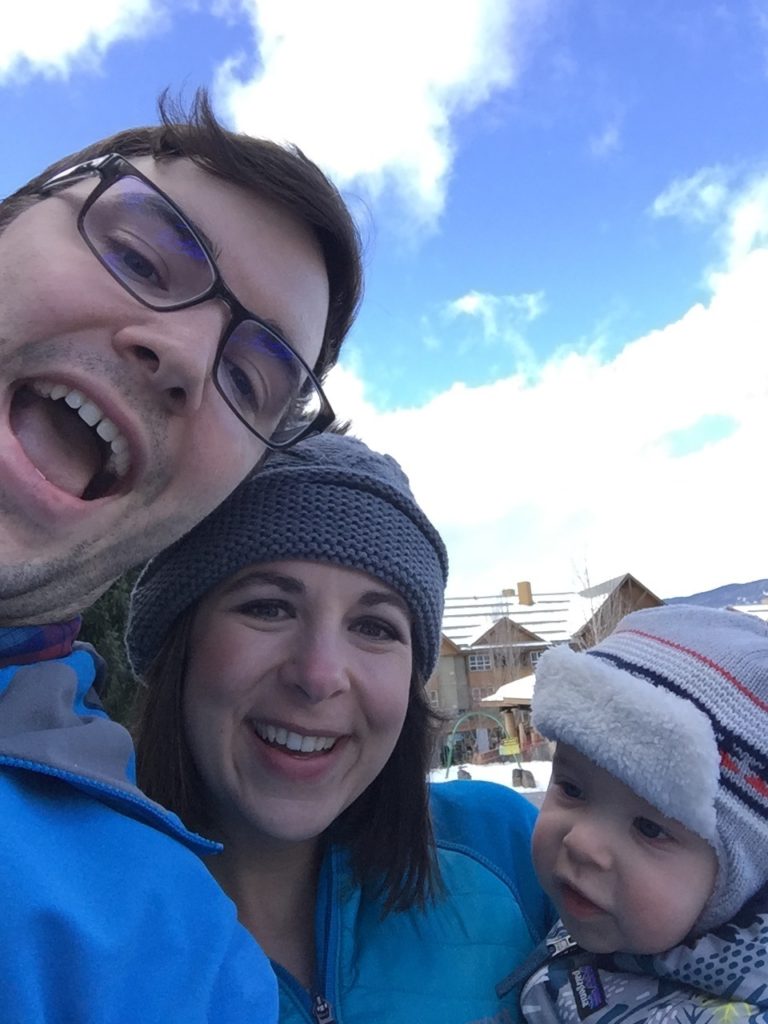 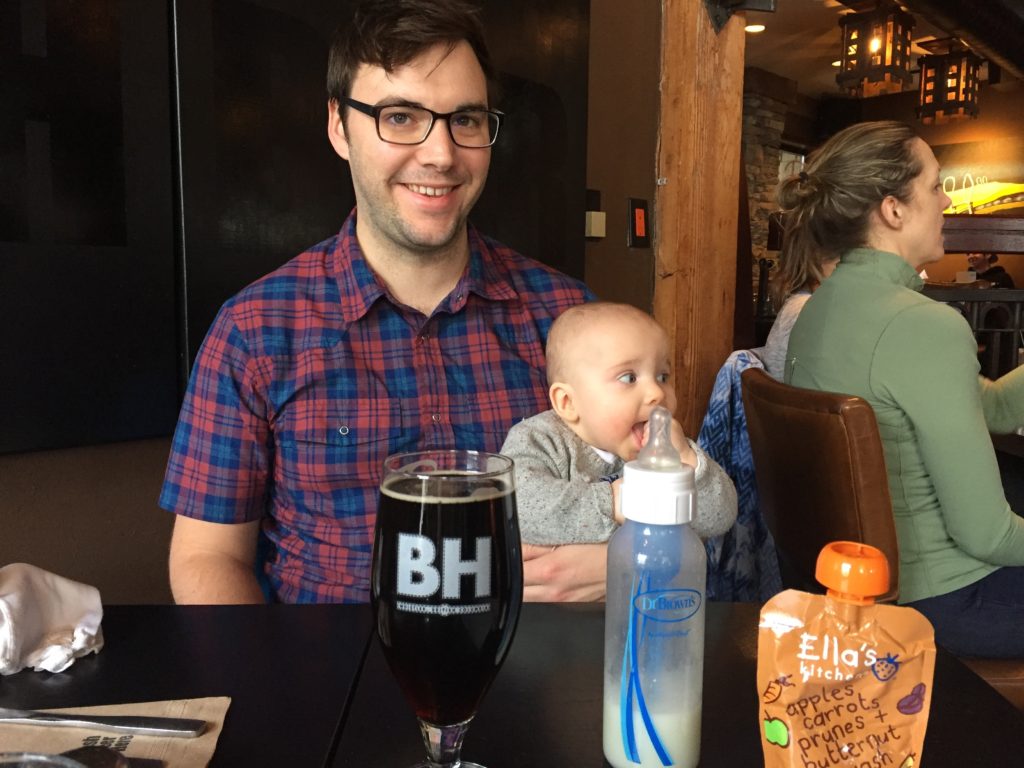 Day two was scheduled as a ski day. We requested a babysitter through a local service, confirmed with her the night before and much to our surprise, she never showed up! Our “Plan B” was pretty okay and we spent another day in the village and went cross country skiing. 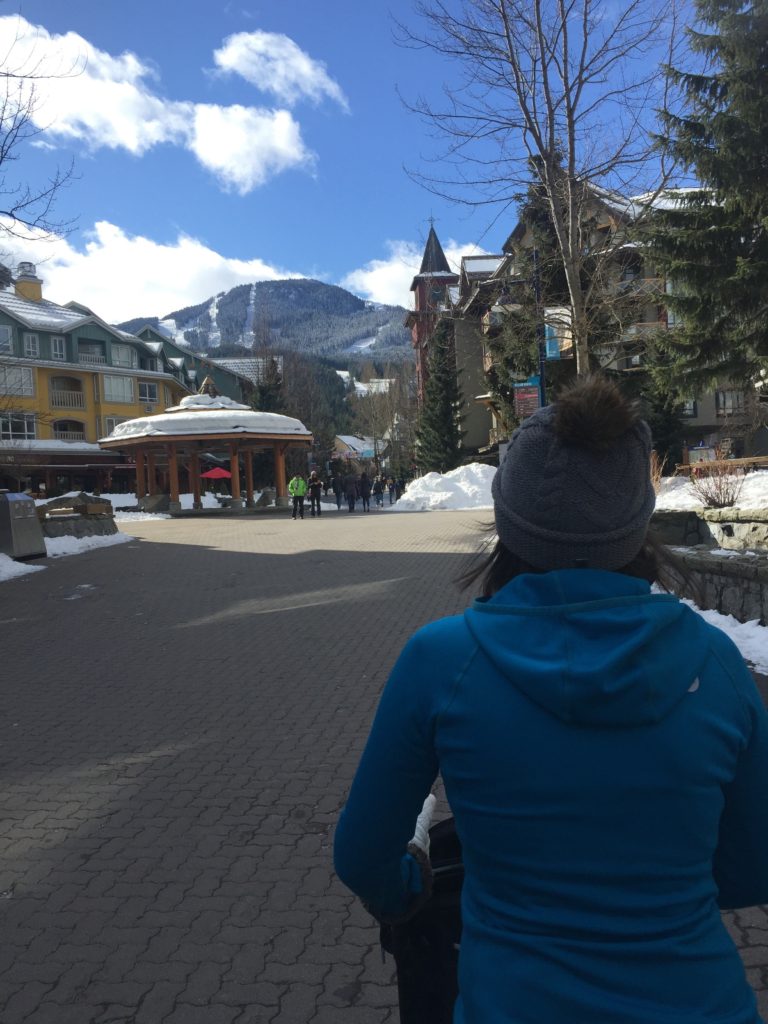 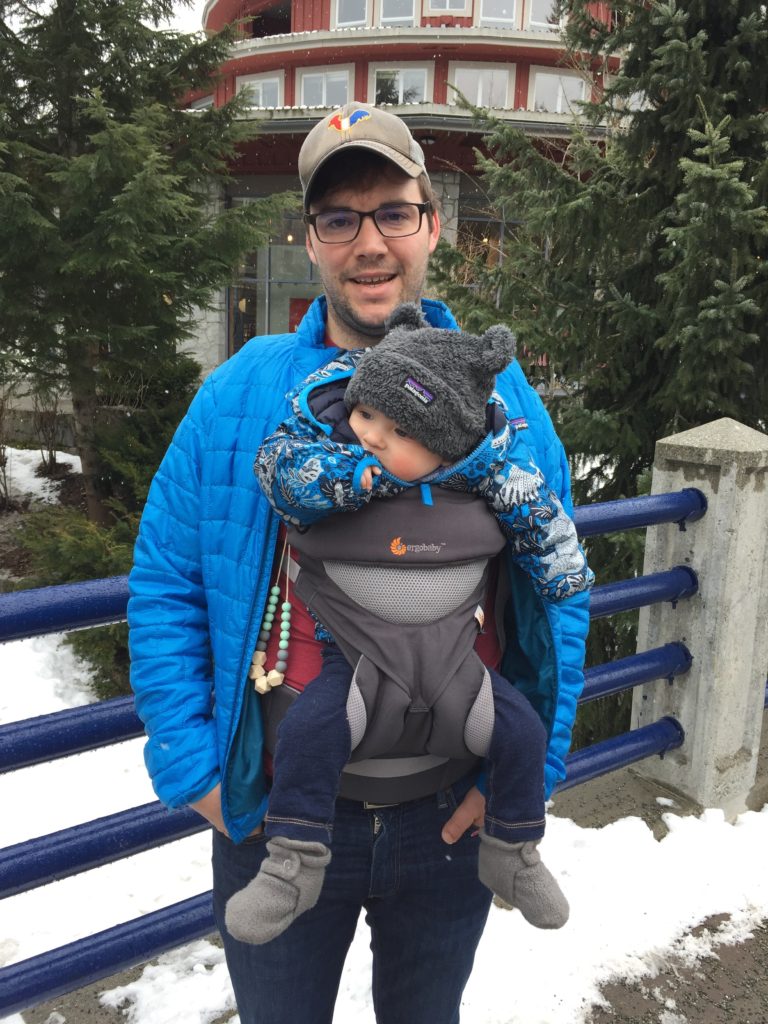 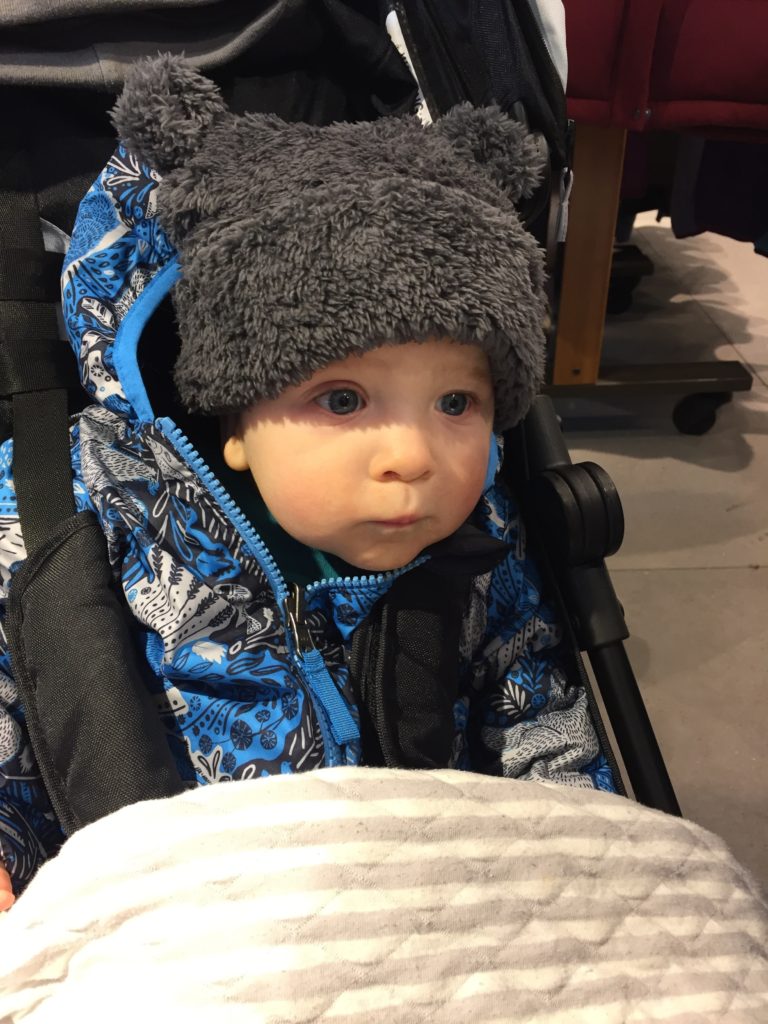 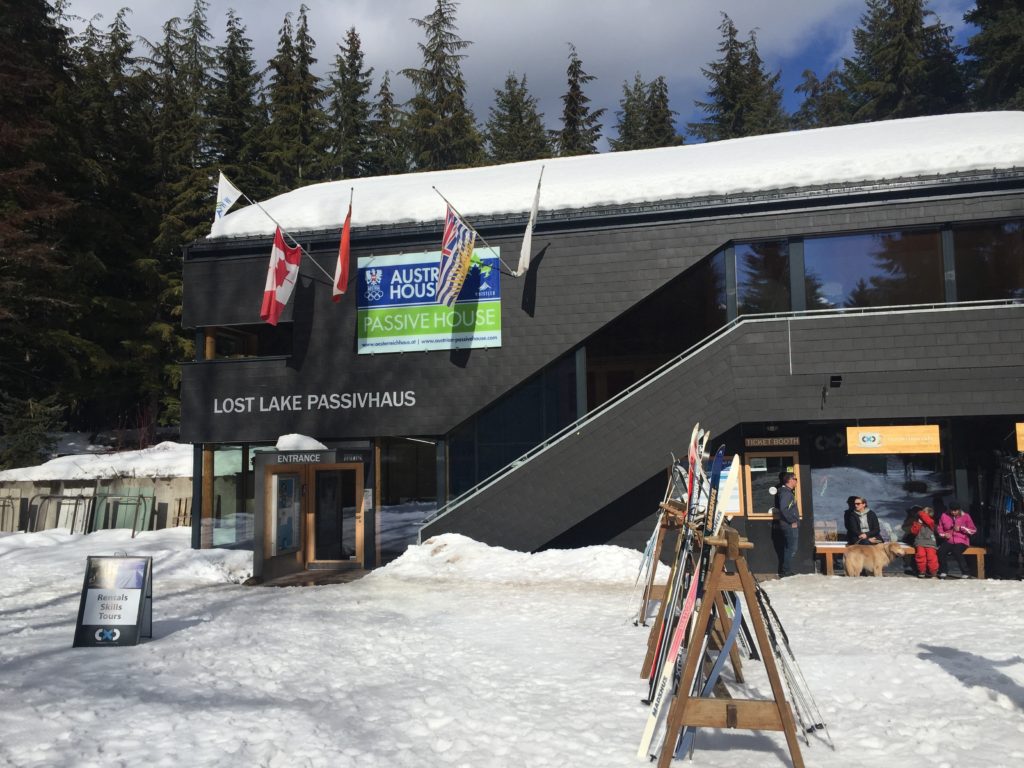 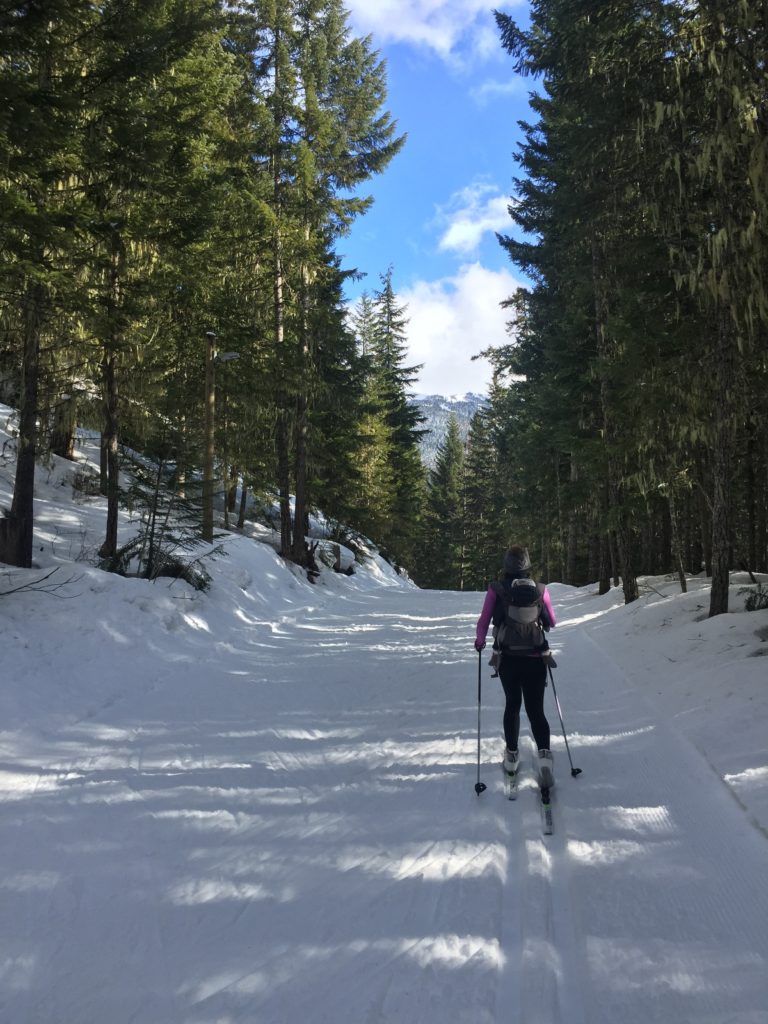 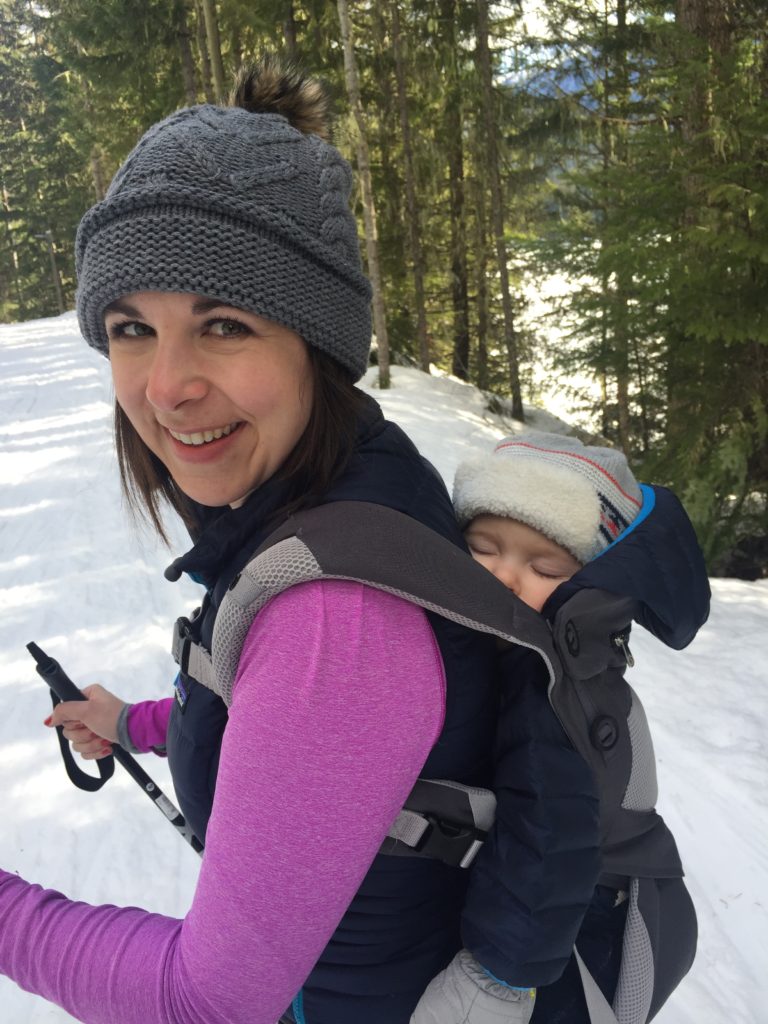 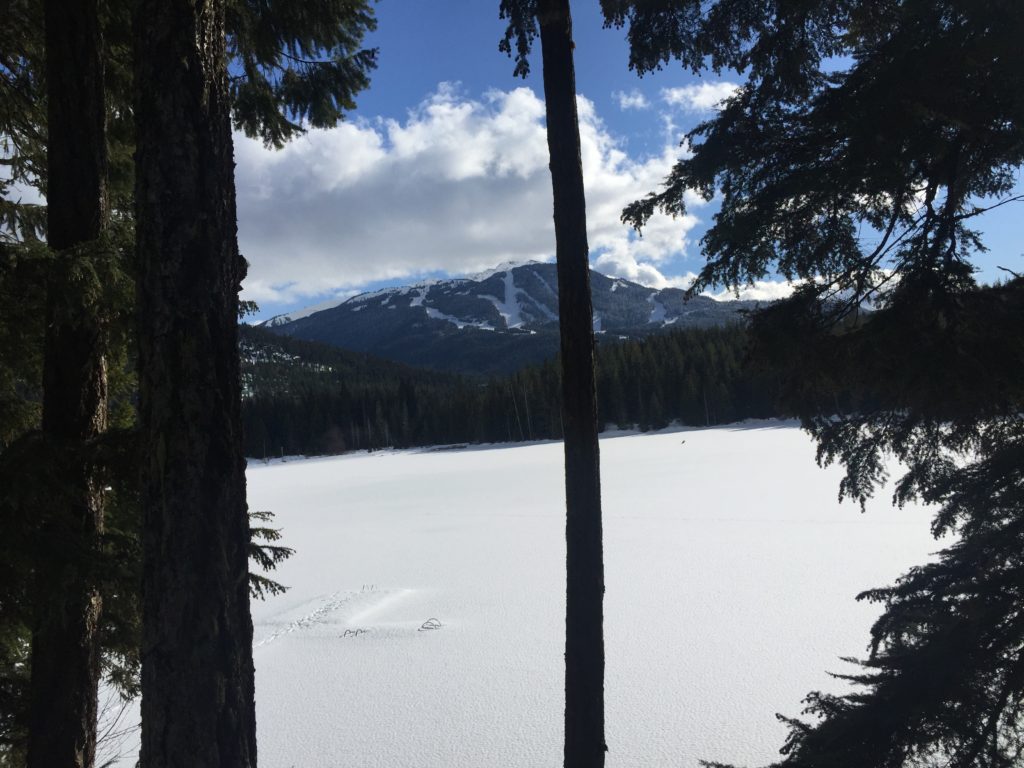 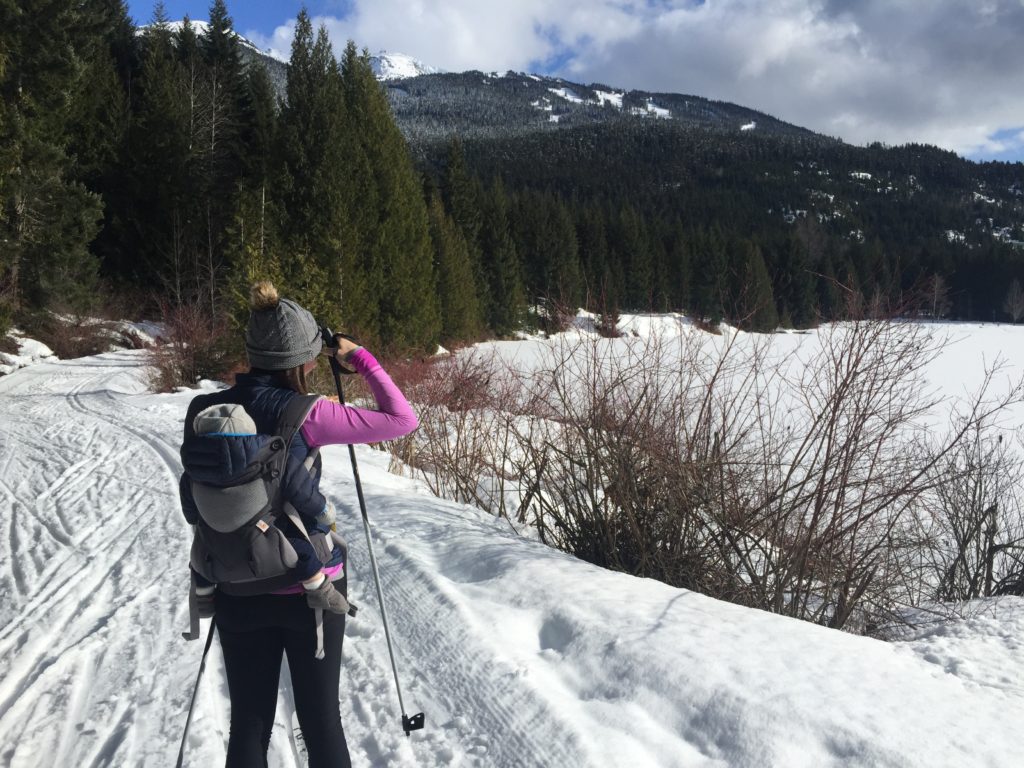 We were able to flex our skiing schedule a little bit and the babysitting service managed to switch us to a different gal who did show up on Monday morning so we could go skiing. Alex and I were more apprehensive about leaving Ben with a babysitter than we expected – something about a stranger and being in another country, not to mention we were going to be skiing, was a little weird. Once she arrived in the morning she put our nerves at ease and we hit the slopes. 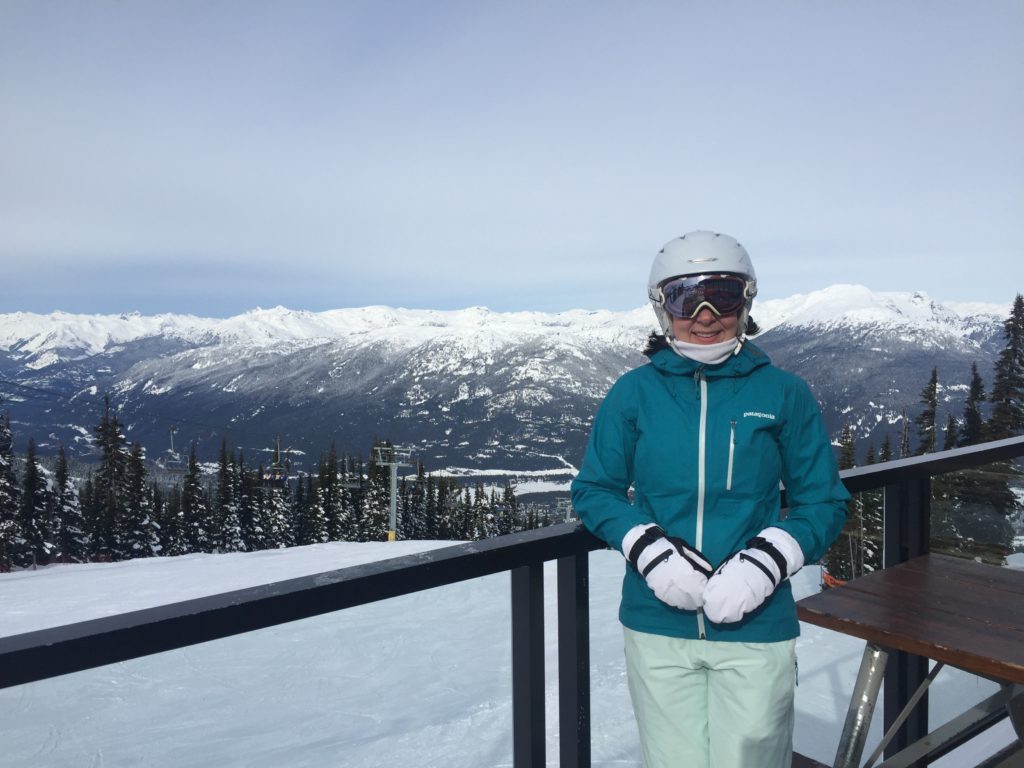 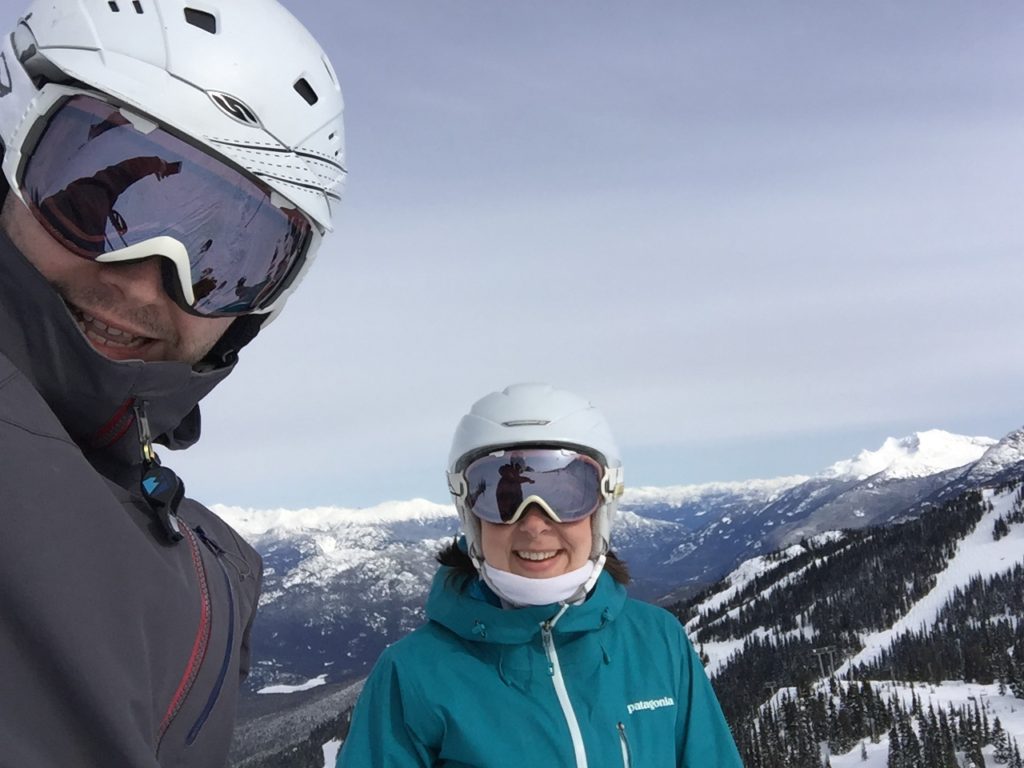 What ended up being our one and only ski day was terrific. We skied our hearts out! We skied on Blackcomb Mountain and covered it top to bottom. The sun was out, the snow was soft and we were ripping it up. The combination of being there on a Monday at the end of March meant we skied right on to the lifts every run – we got so many runs in that we found the time to take a much needed coffee break. 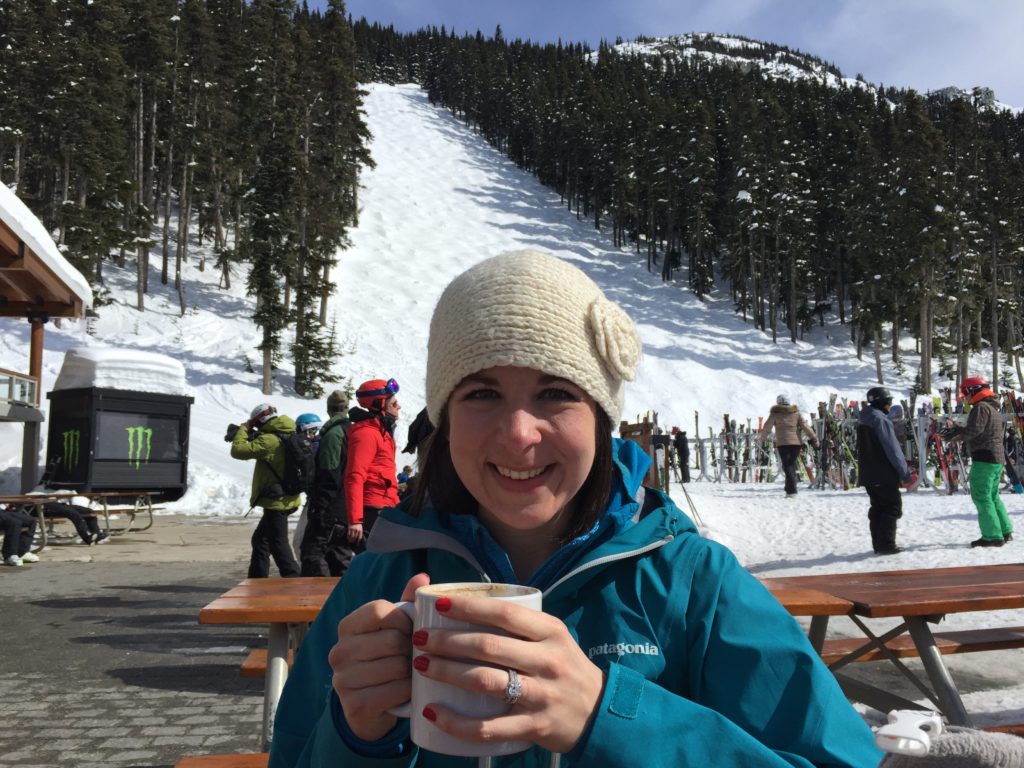 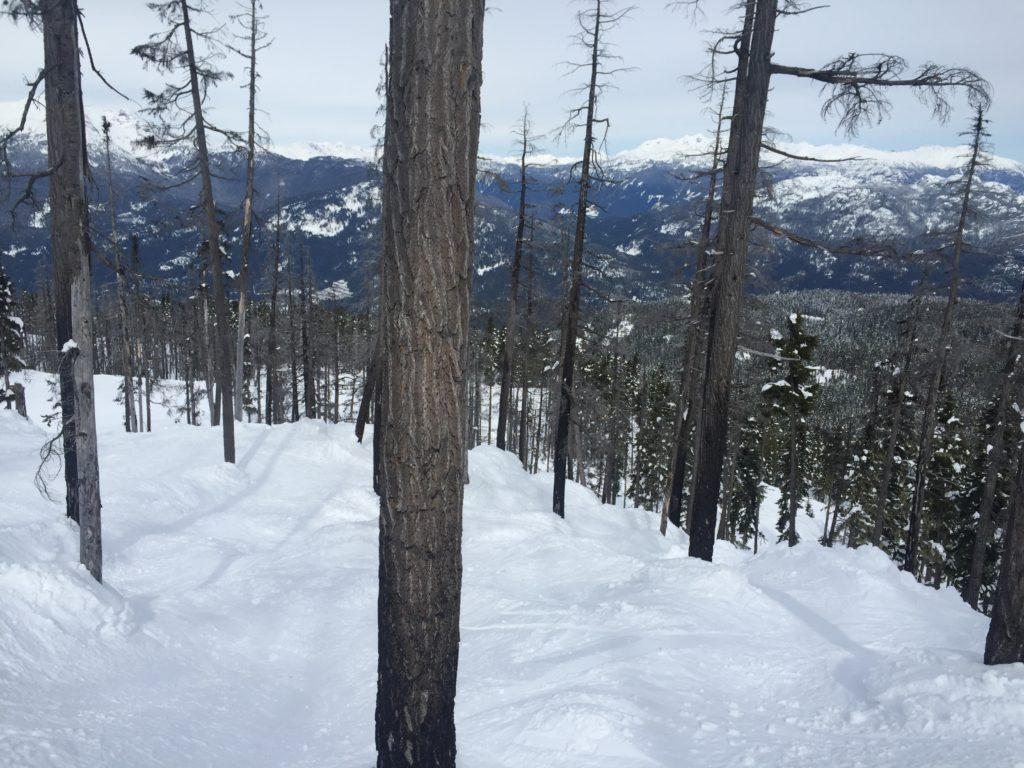 At the end of our ski day we were very happy to get back to a content Ben who had a great day with his Aussie babysitter. She offered to come watch him the next evening for us, so we happily took her up on that so we could have a date night together. We went out for a glass of wine first and then headed to a fancy restaurant for dinner. It was a great night!

Taking Ben to restaurants is totally hit or miss {mostly miss right now} – he’s got to be in the right mood and he’s not particularly fond of sitting still {just like his mama!} so it’s not always fun for anyone. If we can get him in the right mood he’ll just sit there and munch on a pickle or a french fry or whatever we’ve got in a similar shape/size. But mostly he just wants to get down and crawl around and say hello to the other diners. 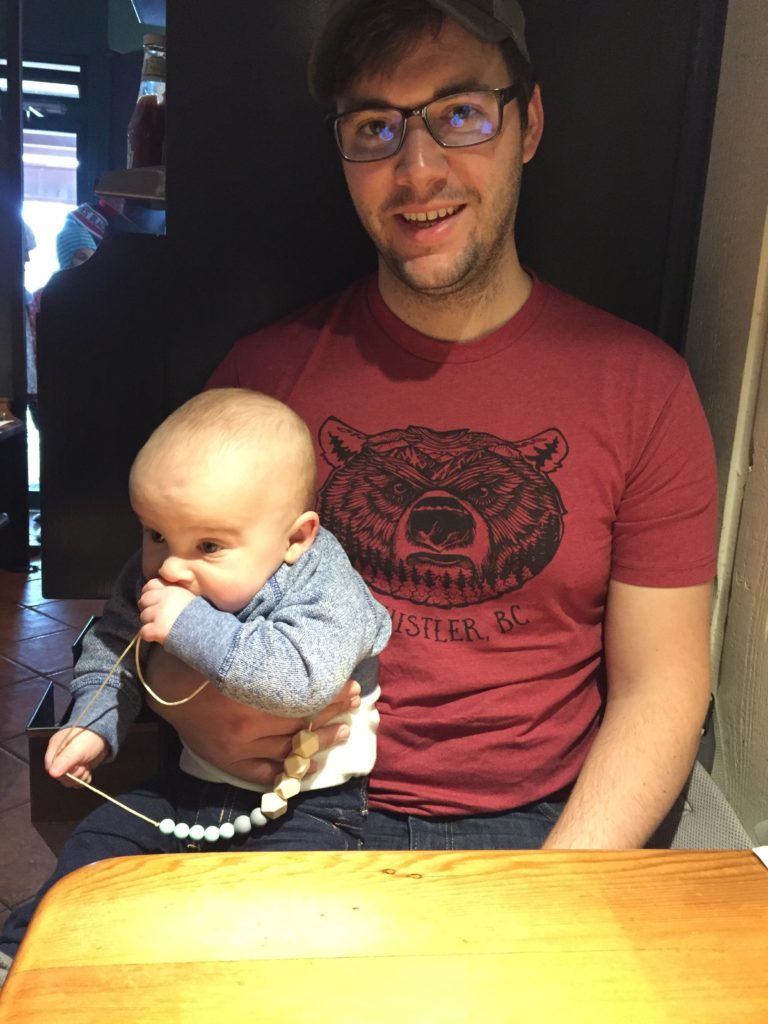 We had some really terrific food while we were in Whistler. In past years Whistler has not been my favorite ski town for good food but it’s starting to move up the ranks. Some of our favorites were a bakery called Pure Bread {should have been named “Heaven”}, an adorable creparie called Crepe Montagne, as well as Araxi and Basalt, where we went out for our date night. 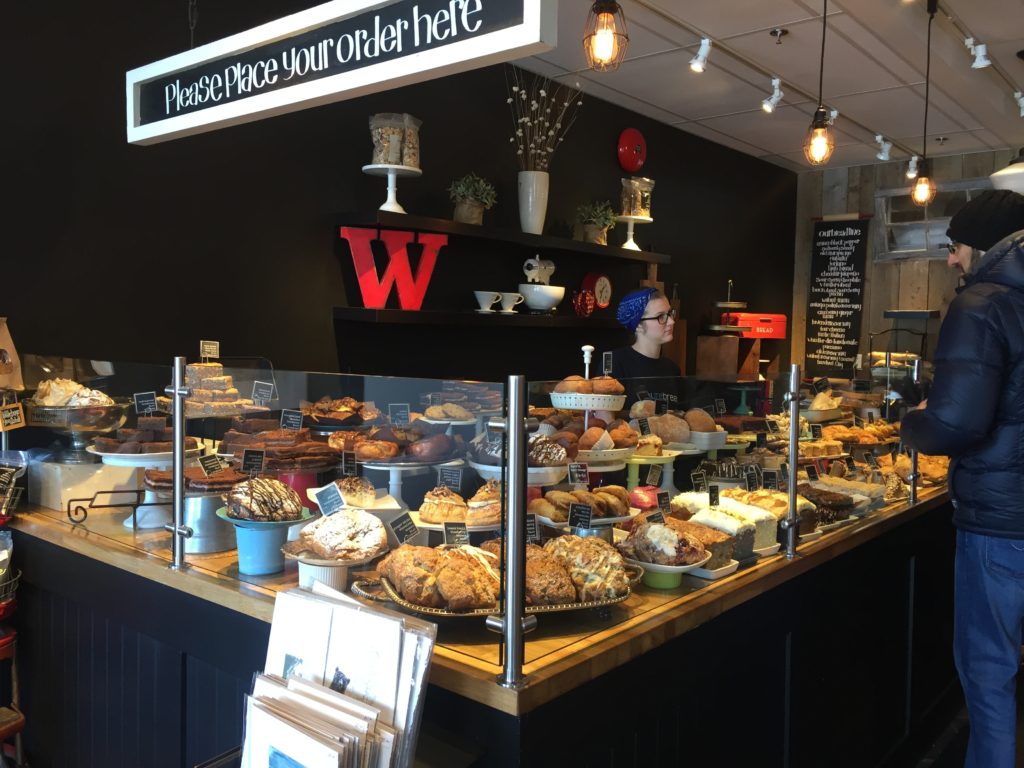 Wednesday ended up being our last day in Whistler, though we were booked until Friday. Ben somehow contracted hand, foot and mouth disease which is a really awful and highly contagious virus that’s very common in young children. After a couple hours Wednesday morning we pulled the plug and started packing up to go home. Since home is so close for us we thought we’d all be more comfortable there and saw no point in staying in Whistler. 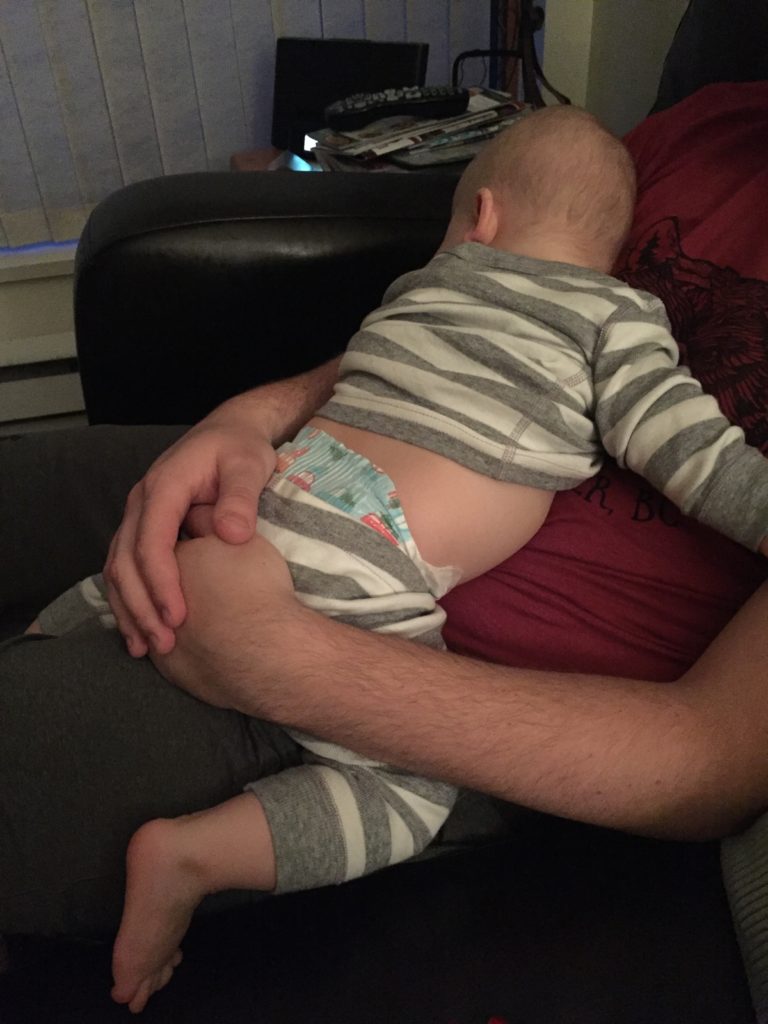 The drive home was slightly better than expected, though I spent most of it in the back seat with Ben so I could be there if he needed some comfort, which he undoubtedly did. On the drive home we decided to stop at the famous Tim Hortons because we had heard it is the cat’s meow. Turns out it’s Canada’s version of Dunkin’ Donuts and we’d have been much better off stopping just about anywhere else. Otherwise, the car ride home was mostly uneventful and we made great time. We were fortunate to arrive home to a clean house with banana bread in the oven – our nanny stayed at our house while we were gone. 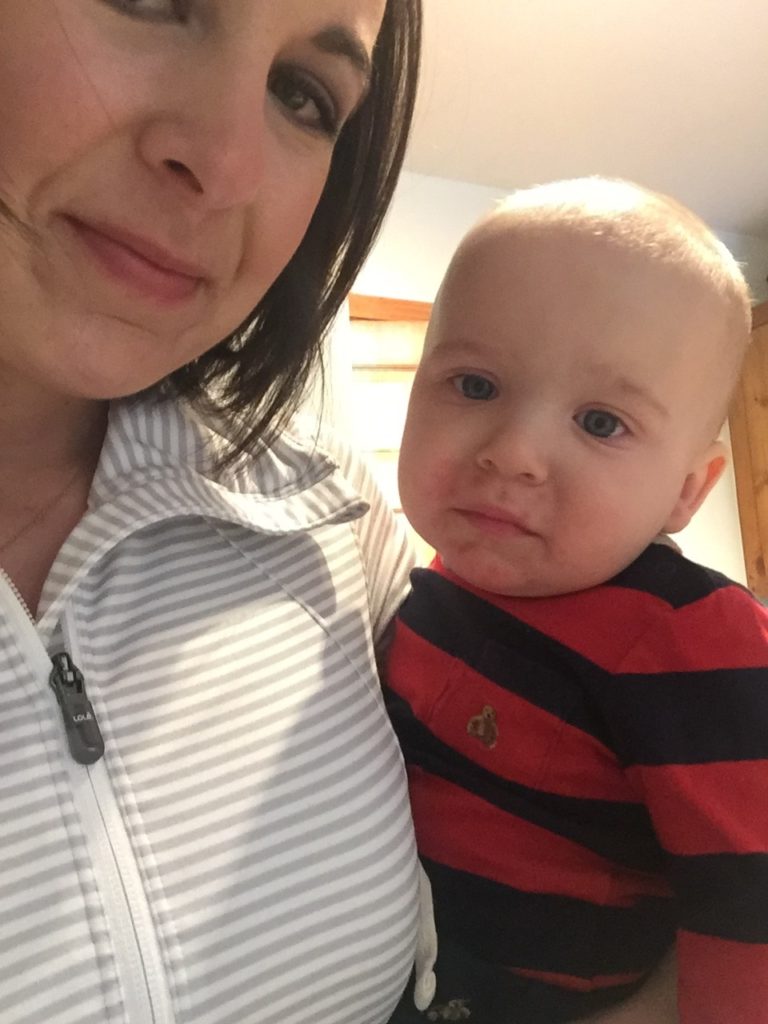 All in all, even though our trip was very different than we had expected, we had a terrific time and I’ll look back on it with many positive memories. We’re excited to get back up to Whistler!