In the last few days Ben has gone through major developmental changes. It has been so fun to watch. He started crawling in very late February and for about 10 days he had a radius of about 5 feet that he would stay within. Then last week he started testing his boundaries and becoming a little explorer. 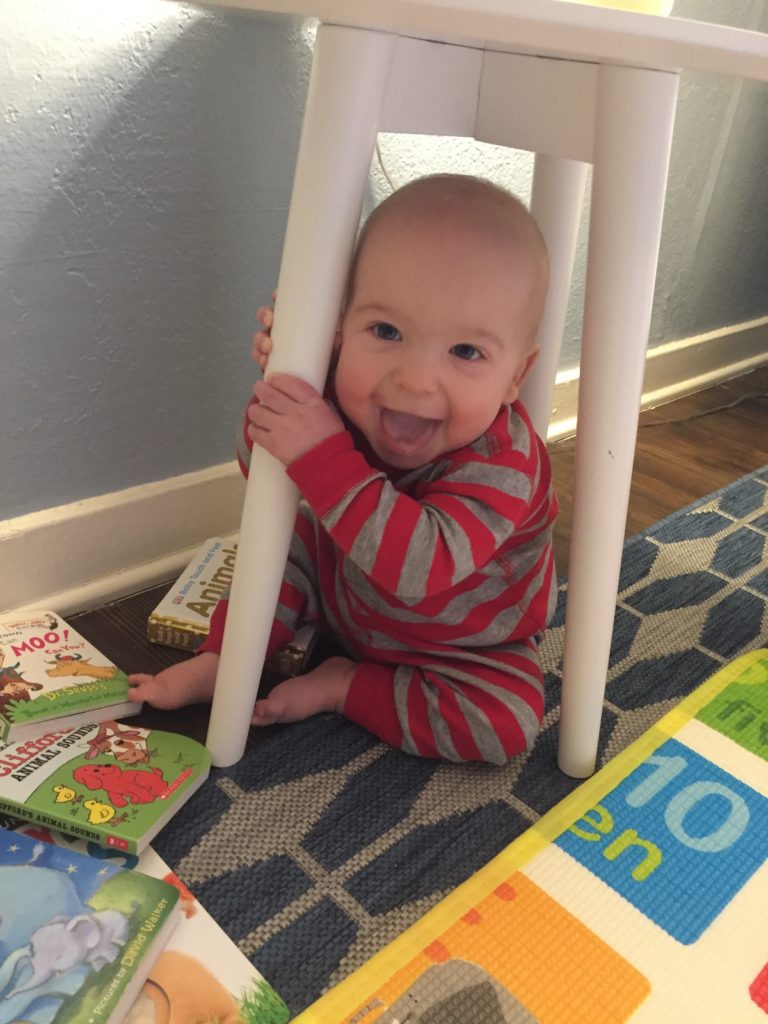 So much in the last week or two I realized that my little baby is really not that little anymore. He may be small for his age according to the scale but gosh he is growing up right before my eyes as he crawls towards toddlerhood. 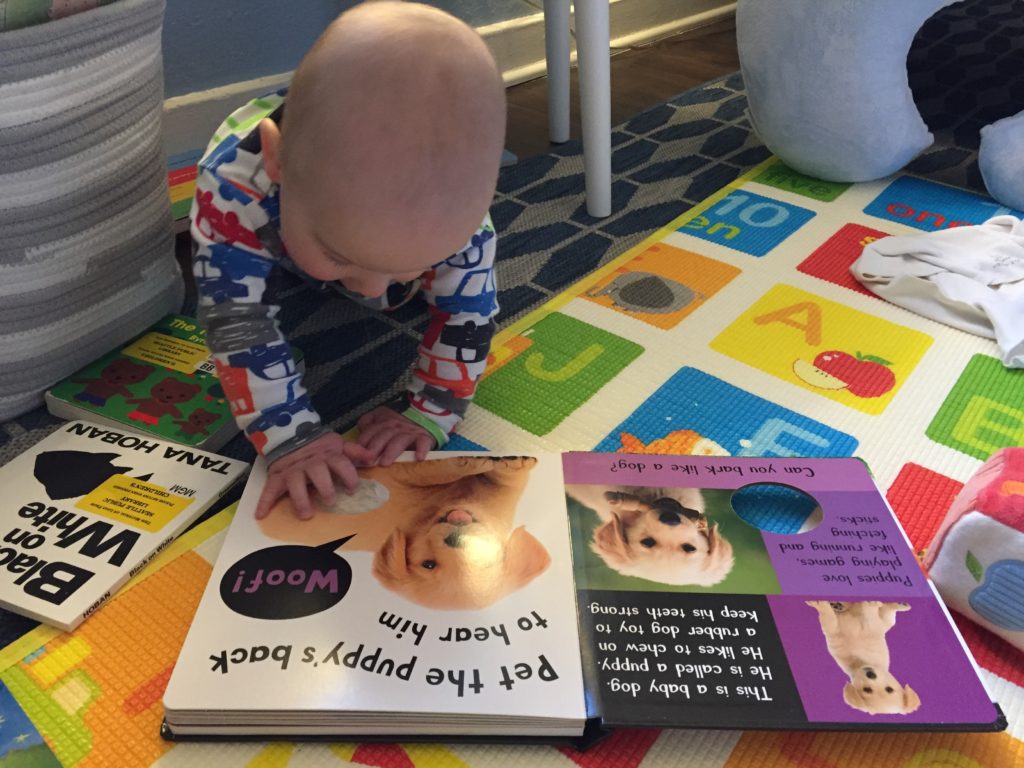 I credit {blame? 😉 } the nanny for this – she “encouraged” Ben to crawl out of his room and down the hallway last week. Since then Ben realized that he can move…. fast! 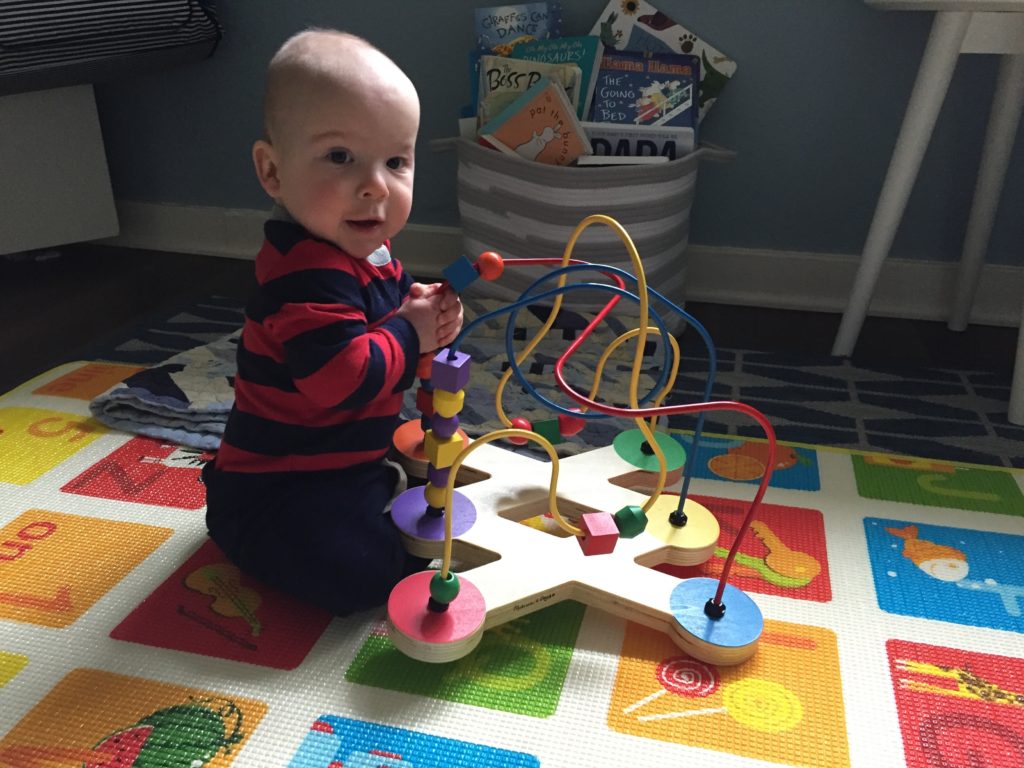 I’m still in awe of the transformation Ben made last week. He was really sick with an awful cold and cough – poor pumpkin was miserable – and still he managed to make some of the biggest developmental leaps I’ve seen yet! 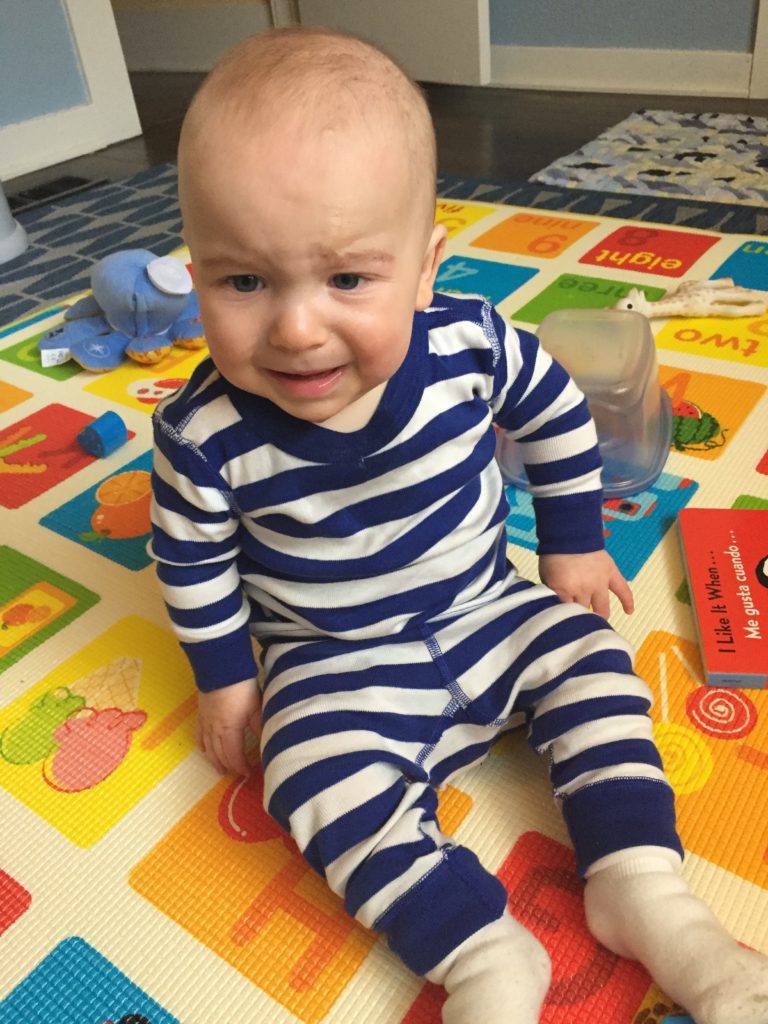 At the same time as he was becoming a power crawler he was learning how to pull himself up on things. No sooner has he mastered that and his mattress has been dropped to its lowest level.

Long before I became a parent I knew I would be different than most parents. Independence and self-sufficiency are two of the most important qualities to me. These seem to be lost in the days of helicopter parenting. In any case, I also disagree with the many parents who “warned” me about when the kid becomes mobile how much “harder” life will get. Sure, I’ve got to watch my kid more closely, but it is becoming so much more fun.

Just this morning he was playing with something in the kitchen and crawled over to check out what I was doing in the cupboard. He became engaged with some baking dishes that kept him entertained for 10 minutes while I emptied the dishwasher and got breakfast ready. His curiosity, independence and ability to interact with his surroundings makes life more fun and easier in my book. 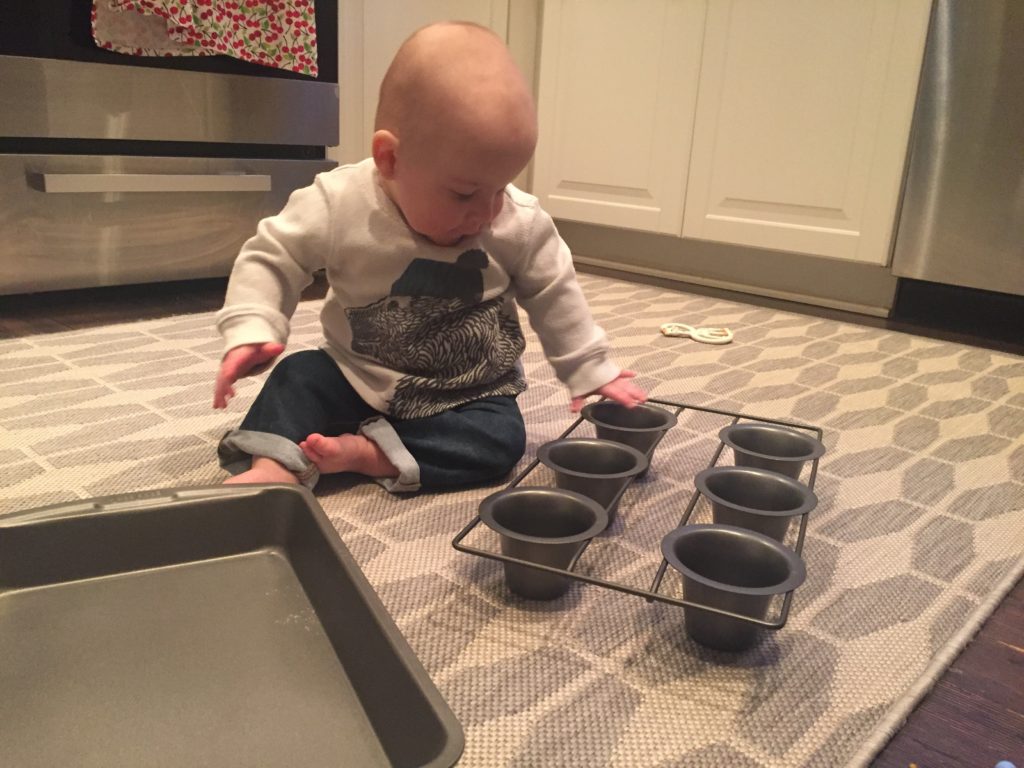 Seeing the world through the eyes of a baby who is experiencing the world for the first time is heartwarming and exciting. I love watching the wonder and curiosity in his eyes when he sees something new in our house or out in the world. These are the days, and I have a feeling they’re only going to get better.