While Alex is off in eastern British Columbia on a ski trip with our friend Patrick, my dad flew out for a long weekend with me in Whistler, on the west side of BC. Alex and I had been to Whistler several times before, but it was my dad’s first trip to the magnificent mountain. He says he’ll be back for sure! 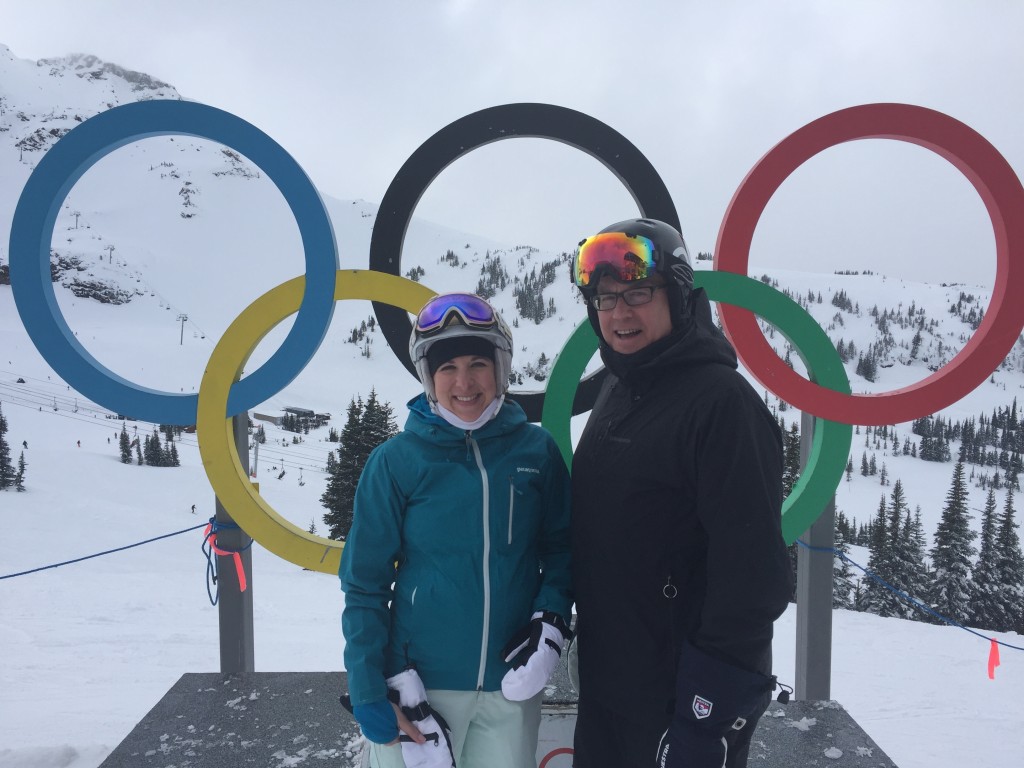 Whistler is just north of Vancouver, British Columbia and is about a 4.5 hour drive from Seattle. It is also the largest ski resort in North America, offering more than 8,000 acres of skiable terrain {Vail “only” boasts 5,000 and until this year, was the largest resort in the US} across the two mountains {Whistler and Blackcomb}. It is so expansive and I am certain a person could spend an entire season skiing there and not ski the same run twice. 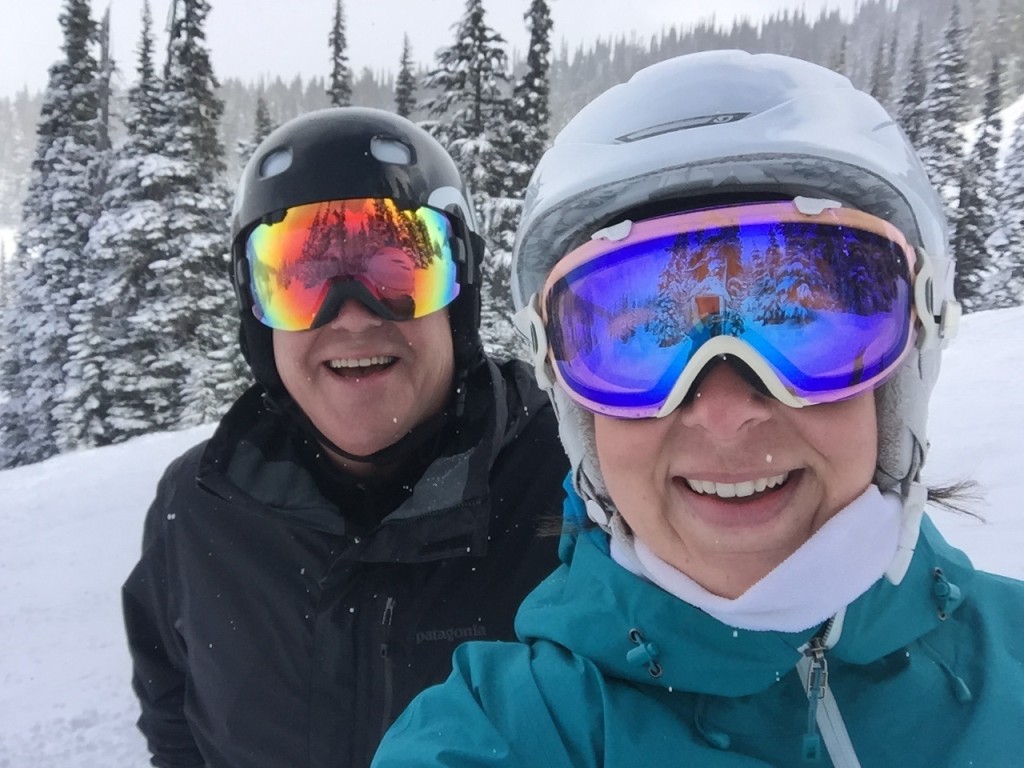 It’s a toss up between here and Jackson Hole which one is my favorite destination, but Whistler is a very special place for Alex and me {and now my dad understands it!}.

Our trip was great, albeit a bit short {and sadly the snow kept flying as we left and we missed a couple consecutive powder days}, but we had a really nice time skiing together. The conditions were much better than I had expected, given the recent warming trend in the west. We were blessed with fresh snow on our first day, as well as untouched snow on the upper mountain the second day.

We spent our first day skiing exclusively on Blackcomb Mountain. Since my last trip to Whistler there was a new chairlift that had been added and it opened up a completely new section of the mountain that I had never skied before. The wind was howling that day, so we didn’t get to ski the upper mountain at all, but that wasn’t a problem.

Our second and final day was spent on Whistler Mountain. We took the Peak 2 Peak gondola from Blackcomb to Whistler that morning and spent most of the day either in the Symphony Amphitheatre area or on the Peak chair. The snow conditions were great for the most part, albeit low visibility in some places, and we had an excellent time exploring the mountain. 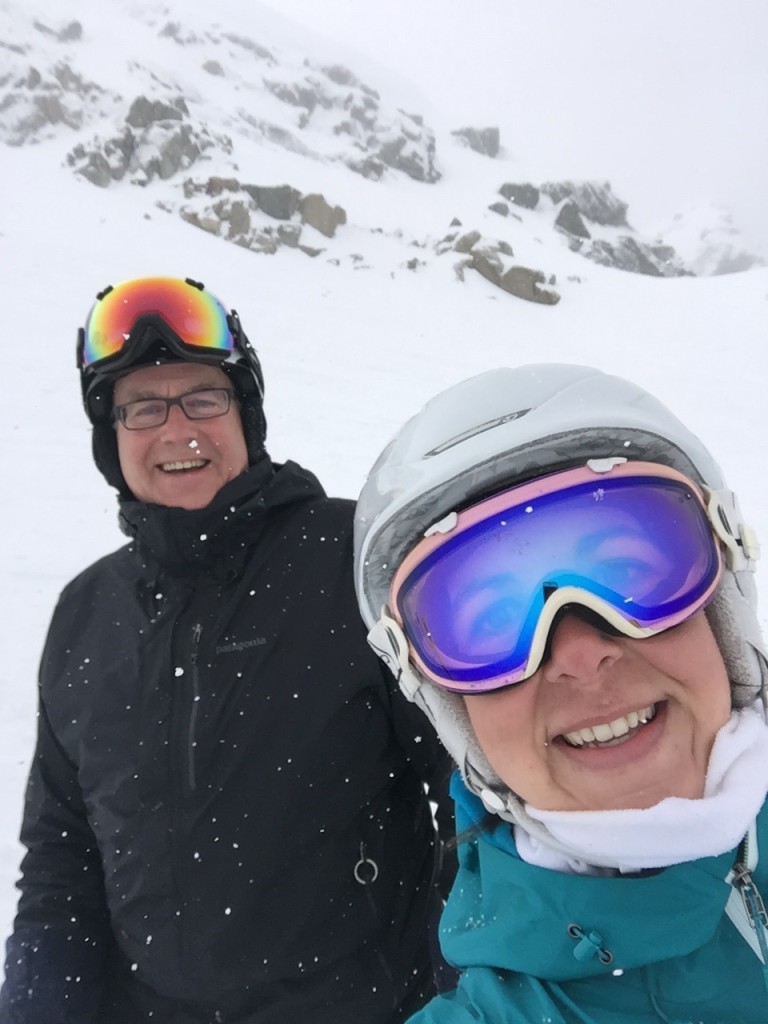 In addition to skiing, we spent some time in the village and relaxed back at the condo we rented. We also brought Jackson with us and he and I took some nice walks on the snowy trails where he was able to run around and play ball in the snow. It took him a while to settle into the new space, but once he got tuckered out enough he seemed pretty comfortable there. I think he was just as sad as we were when it came time to head home and leave the snow behind. 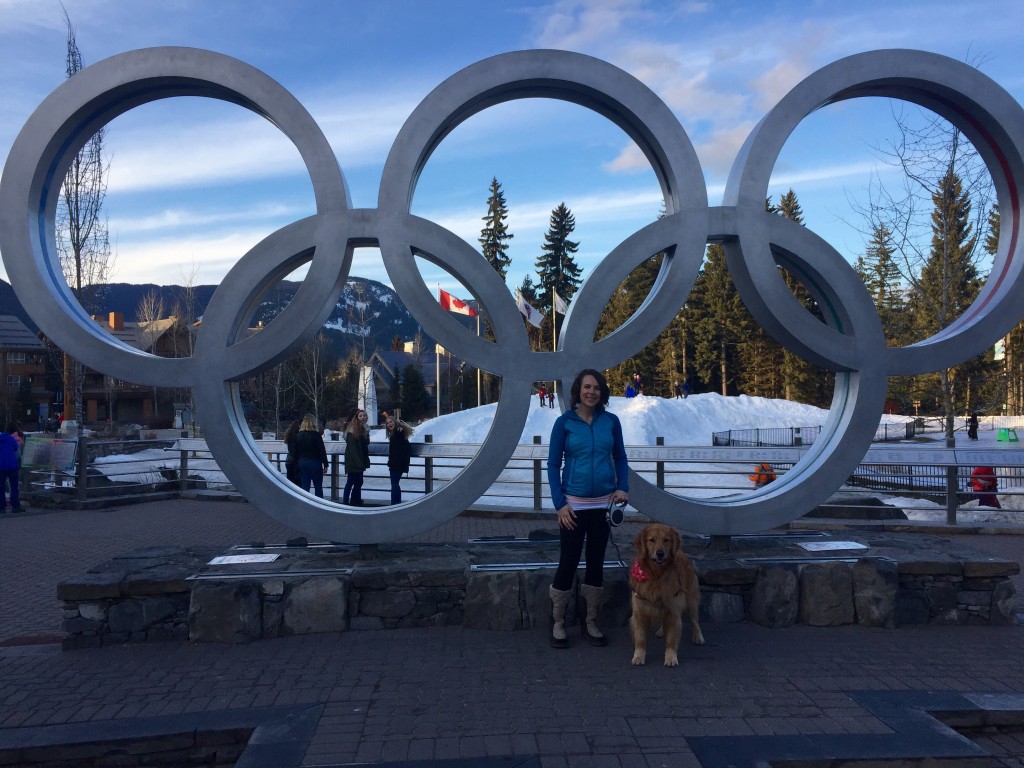 My dad’s trip came to an end with a really nice dinner in my neighborhood, joined by my two cousins, Chris and Jon. And then he was off… I have a feeling our next ski trip together will include a little one, so things will certainly be a bit different in the future, and until then, we’ve got the memory of our Whistler trip.