The sixth stop on our Europe trip was Alicante, Spain, a small city on the Costa Blanca {located on the Eastern coast of Spain right on the Mediterranean Sea}. We chose to go to Alicante for two reasons: the beach and to re-visit the location where I studied abroad in 2006. I was excited to return to the location where some of my favorite college memories were made and I couldn’t wait to show Alex that special spot. 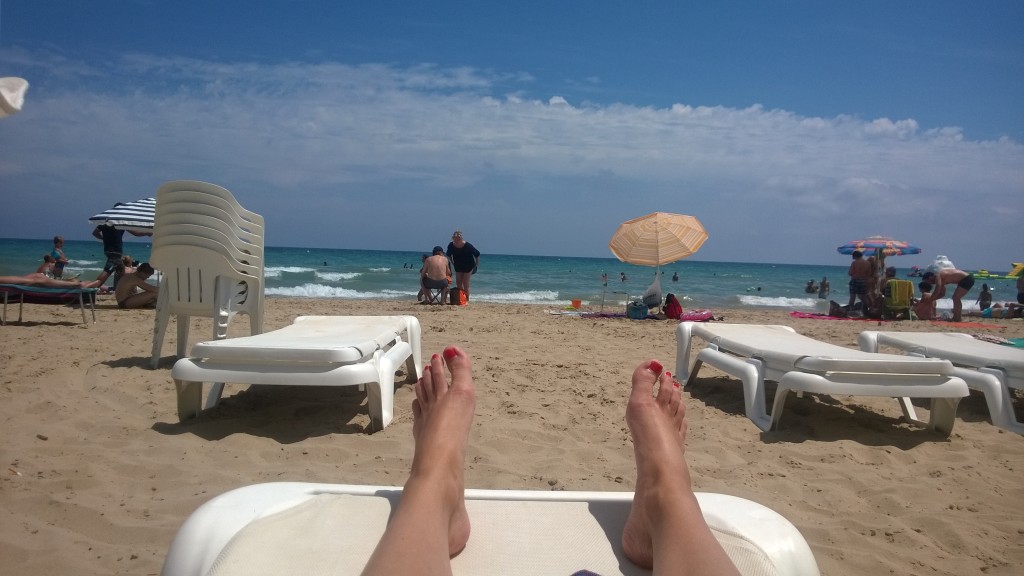 The first bit of excitement in our Alicante trip was our taxi ride from the airport. The driver was very quiet and then halfway into our ride he decided to turn on some music. Not just any music, mind you. He picked an album from the group Two Live Crew, which if you’ve never heard of them before, you should not listen to their music. It was all in English and their lyrics are notoriously vulgar. Alex and I have a good sense of humor and were sitting in the backseat holding our breath trying not to burst into a fit of laughter. We were curious if the taxi driver had any idea what the lyrics were saying. 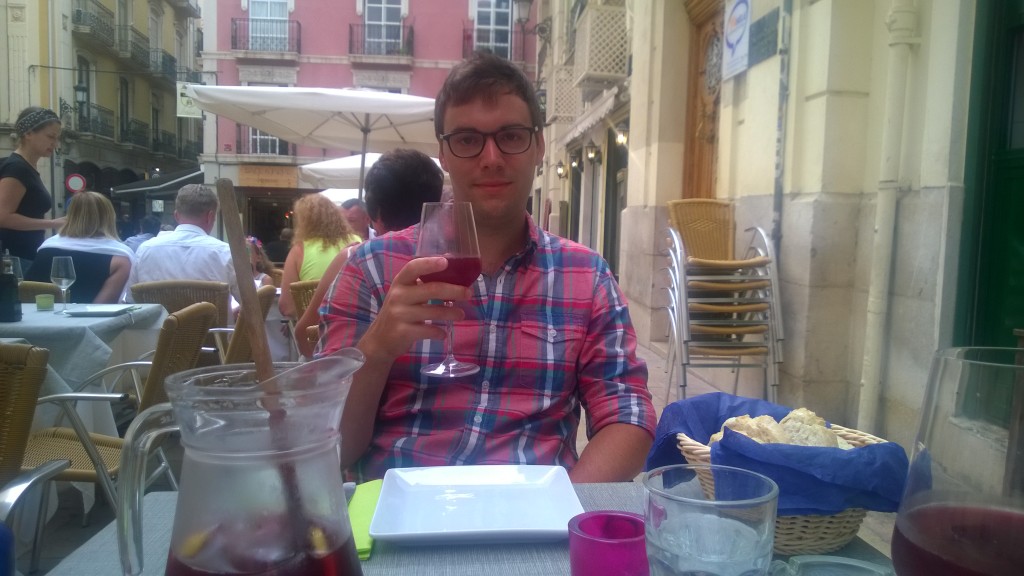 Alex was noticeably surprised that I had not been to any of Alicante’s “attractions” nor did I particularly know my way around town, except to the beach. He was also surprised that the city I lived in is not the nicest city in Spain. Alicante has seen better times and has been hit pretty bad with the recent recession in Spain. There are certainly very cute parts of Alicante, which we explored, but there are a lot of areas in shambles, too. Also, Alicante is not a tourist town, which I’m certain has an impact on its appearance. 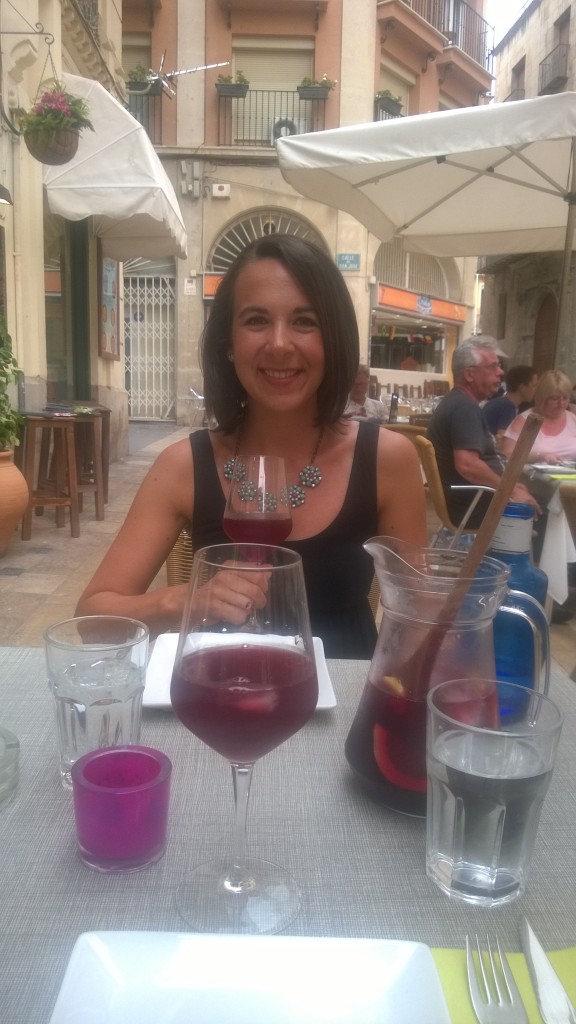 What Alicante does have going for it, though is its beach. This was our first stop after checking into the hotel. We postponed unpacking so we could set up shop on the Postiguet Beach, a good 10 minute walk from our hotel. The beach was everything I remembered it to be. Crowded, sunny and gorgeous. The water was so clear. I had forgotten how beautiful it was to simply look out at the sea. The shallow water glistened a lovely turquoise color while the deep water was a mystical blue. It was so inviting!

Most of our time in Alicante was spent laying out on the beach. I went through a few riveting beach reads {Where’d You Go Bernadette, The Best Medicine: A Bell Harbor Novel, and A Hundred Summers} while Alex got lost in his book about neuroscience. And then he read another one called Sound Investing or something thrilling like that. Opposites do attract… Really, though, the stop in Alicante was like a vacation from our vacation. We loved having a few days to simply do nothing and recover from being on the go for two weeks, as well as the hustle and bustle in Barcelona. 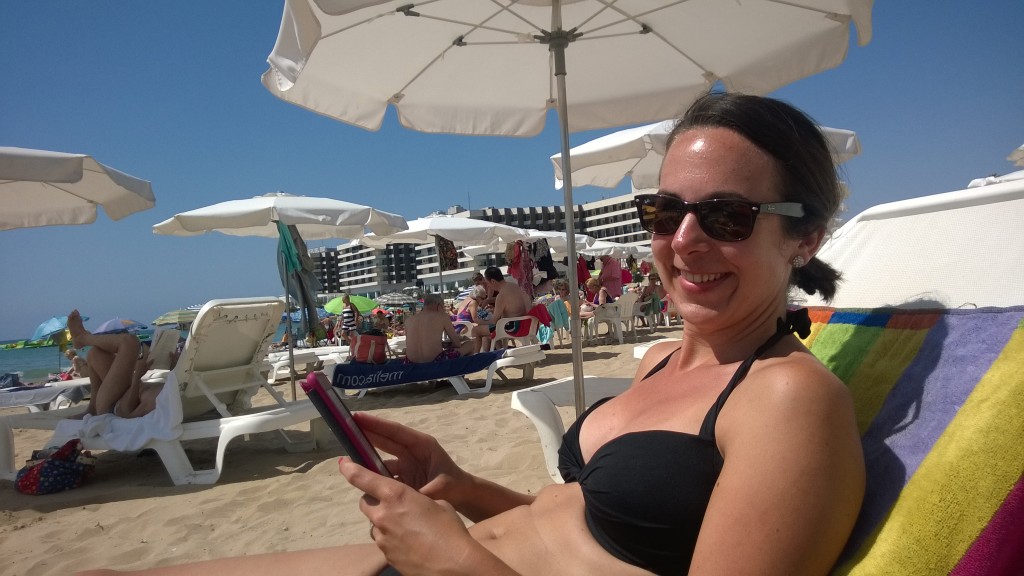 We had a few mediocre meals followed by two really great meals. The first of the really great meals came as a surprise. We were so tired of Spanish food – it wasn’t my favorite to begin with, but the thought of eating another piece of jamon {ham}, no matter if it was jamon serrano {like Italian prosciutto}, jamon York {like American sliced ham – the worst offender!}, jamon iberico {this stuff is pretty good – a classy jamon serrano} or better yet, “bacon” {fatty slightly cooked jamon York} really made me sick. We ended up at a spot called Taberna de Tito, a restaurant I had found on Trip Advisor. This was an awesome restaurant! We had several rounds of tapas, a fabulous bottle of wine and then a great steak dish. Oh and we may or may not have finished our meal with ice cream accompanied by a Kit Kat bar and Oreos. Don’t judge. 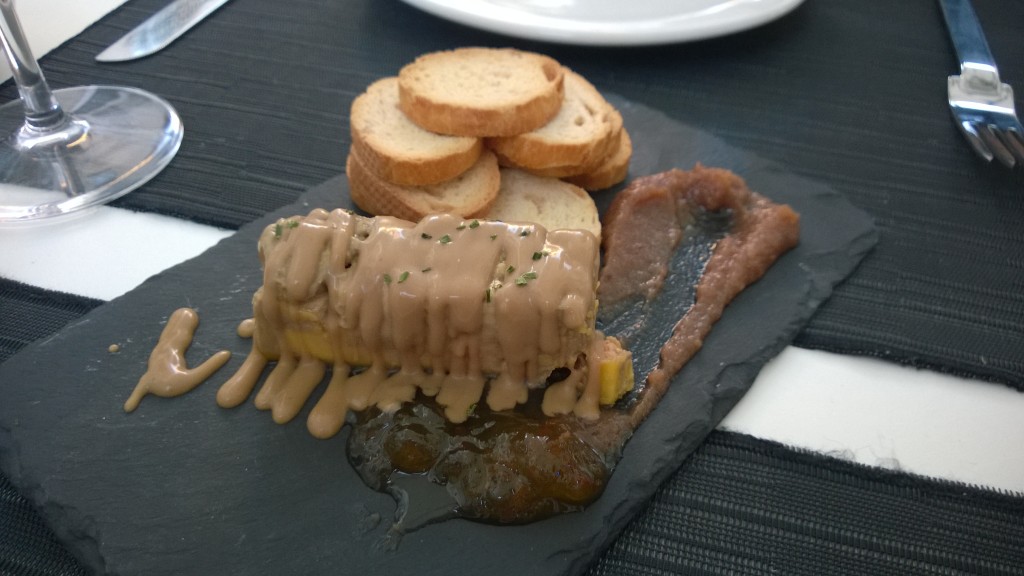 The second great meal came on our last day. We met Jose Luis and his wife Conchita, both of whom are longtime friends of my uncle Brian and happen to live outside of Alicante. We met them at Pripi, a classy Spanish joint on the other side of town from our hotel. It was a lovely lunch not only because of the food, but because of the company. Since the two of them frequent Pripi we let them pick the meal.

We started with jamon iberico {more ham! But this was GOOD!} and pan y tomate {baguette with rubbed tomatoes} and some really lightly breaded eggplant slices and romesco sauce. It was lovely. Our main course was paella. I have had paella a few times in the past, including one time on our present trip, and it had always been dry and virtually flavorless, so I was ready to give up on the paella movement. Pripi proved me wrong. We had the exact same paella as we had ordered in a different restaurant in Alicante and it was incredible how much better it tasted. Paella is a rice dish that hails from the Valecian province of Spain. Actually if we are being matter of fact, paella is a type of pan, but the dish paella is one of rice that is made in a paella pan {a bit redundant to say paella pan – kind of like saying pan pan}. All paella includes saffron which gives the rice its notorious yellow hue. The dish includes meat, vegetables and/or seafood. It is all cooked together and served straight from the paella {the pan that is!}. 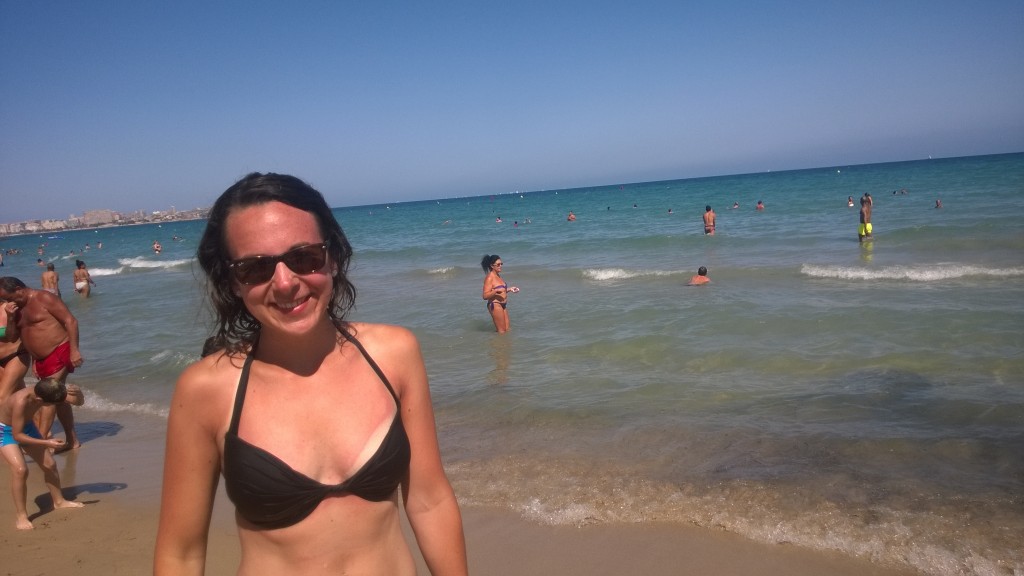 We had a lovely time in Alicante. We were well-rested and ready to take on London!