These last few weeks have been filled with transitions for our little family. It’s been a very busy time filled with “hellos” and “goodbyes” and lots of fun in between. Just before Christmas we said “see you later” to our beloved nanny, Edina, who moved across the country to the Big Apple.

Edina had been Ben’s nanny since he was about 12 weeks old and was essentially his third parent. We were all devastated when she left. The same day that Edina moved, Alex’s family arrived for Christmas. That proved to be a very welcome distraction for us all! Since then, it’s been great to be able to keep in touch and we’ve loved FaceTime so that we can all still talk with Edina. We are all still adjusting to life after Edina. 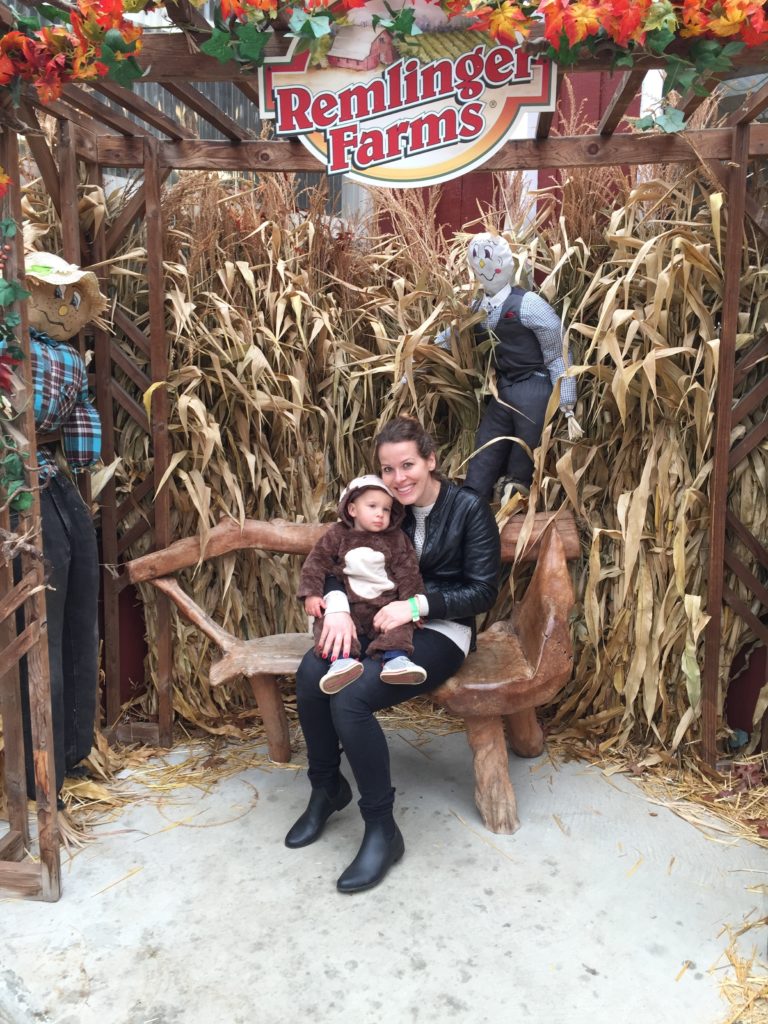 The holidays were filled with wonderful memories from Alex’s family’s trip, then my dad’s visit around New Years, a round of the stomach flu for Ben {ughhhhhh} and some time in the mountains. We had such a nice time with our family, though it was hard to say goodbye when their trips came to an end. More transitions!

After everyone said their goodbyes we welcomed a babysitter to our house for our “in between” week. She had watched Ben before, so she was a familiar face, but another transition nonetheless.

Finally, at the end of last week we were preparing for the arrival of our new au pair, Gelys {it’s pronounced like “yell-ous”}, who was coming to live with us for at least a year from Panama.

Maybe you heard about the big snow storm on the east coast last week – well, the timing of Gelys’s arrival perfectly coincided with the mess out there. Gelys had to fly into New York for an au pair training through the agency. The problem was that she couldn’t get there! Her arrival was delayed, and then the day she was scheduled to leave New York, JFK flooded and her flight was delayed significantly. She was supposed to arrive in Seattle on Saturday but didn’t make it until 3 a.m. on Monday!

This week has been very, very hectic, exhausting and filled with new experiences for all of us as Gelys is learning about our family, about Ben, practicing English and figuring out how we do things both in our house but also in America, not to mention getting her bearings and learning what in the world there is to do with Ben around town {and how to get around town!}.

The challenges have been significant. Ben was/still is sick {he had a horrible cough and was a disaster for the first three days}, and Alex and I had to balance working and bringing Gelys up to speed at the same time, Ben is in a suuuper mama’s boy phase right now and it’s just plain difficult training a new caregiver.

There have been several logistical details we’ve been navigating, too. We are still working through our to do list – a new SIM card was in order so that her phone worked, as was a rain coat {!}, we’re working to add her to our car insurance, get her a bank account and social security number and make sure she has all of the personal items and clothing that she needs to be comfortable. We’re planning a little “touristy” Saturday to show her some of the hot spots in Seattle and practice taking the bus. 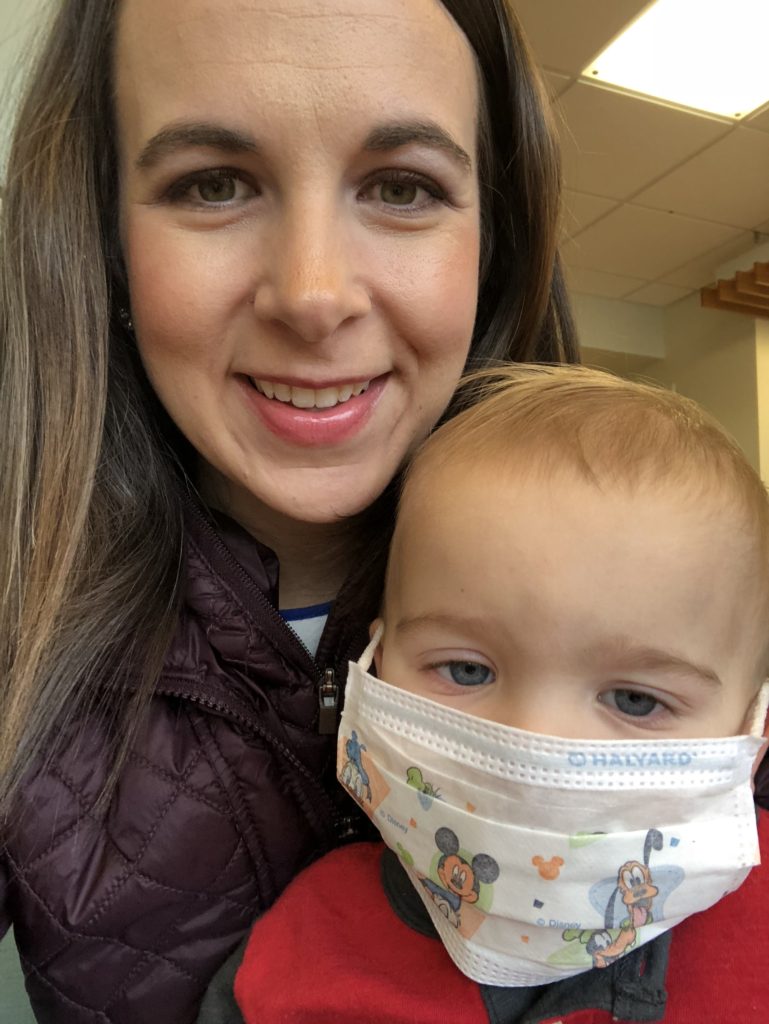 Finally, on Thursday, Gelys had her first official day with Ben {Alex or I was with her all the time for her first three days, per the guidelines of the agency} and it went really well! They navigated the bus, went to Ben’s new music class, which he apparently loved, and had a fun time playing together. She’s doing great with him – he warmed up to her right away and she’s super sweet with him and is trying very, very hard. I love hearing her speak in Spanish with Ben {and Alex has been loving the practice, too!}. Whew! 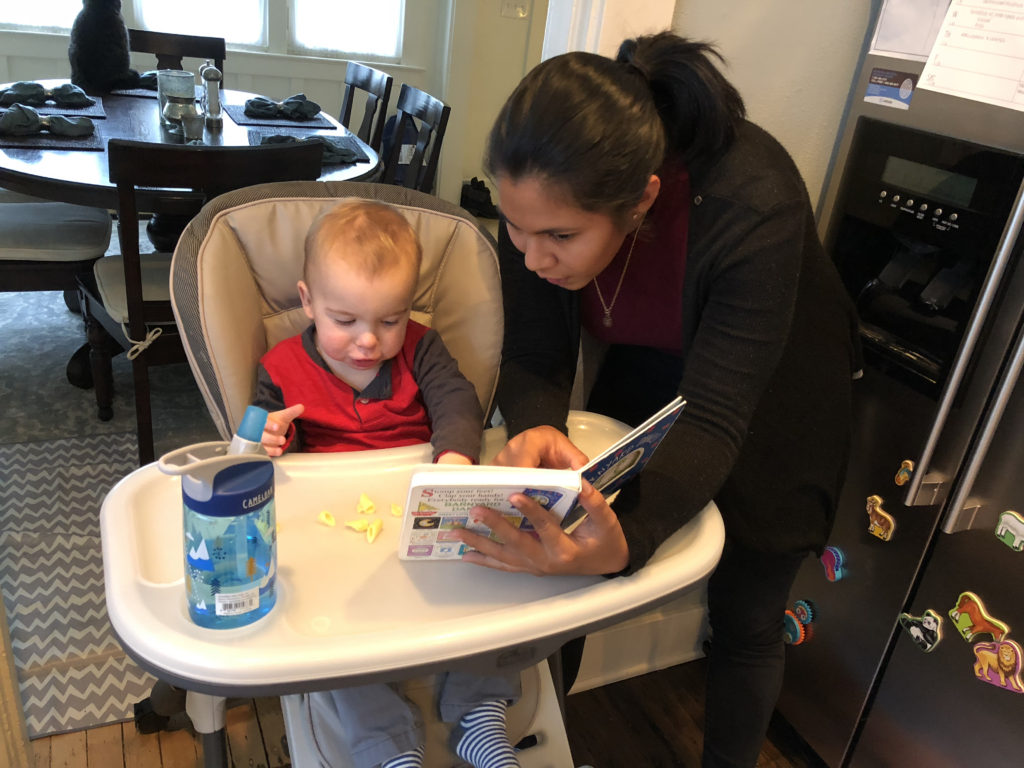 We chose to fill our childcare needs with an au pair because we loved the idea of learning about another culture and having Ben exposed not only to culture, but to a native Spanish-speaker from such an early age. We loved having Edina live with us and that made it very exciting to us to have an au pair.