Well, actually he’s already 19 1/2 months old… I’m a little late but I really wanted to document the milestone! I wish we could freeze this time with him. It is just so so fun. I say that every month, but he is getting sweeter and sweeter by the day and we just adore this little boy so much. I can’t bear to imagine him growing up and not being such a mama’s boy anymore. 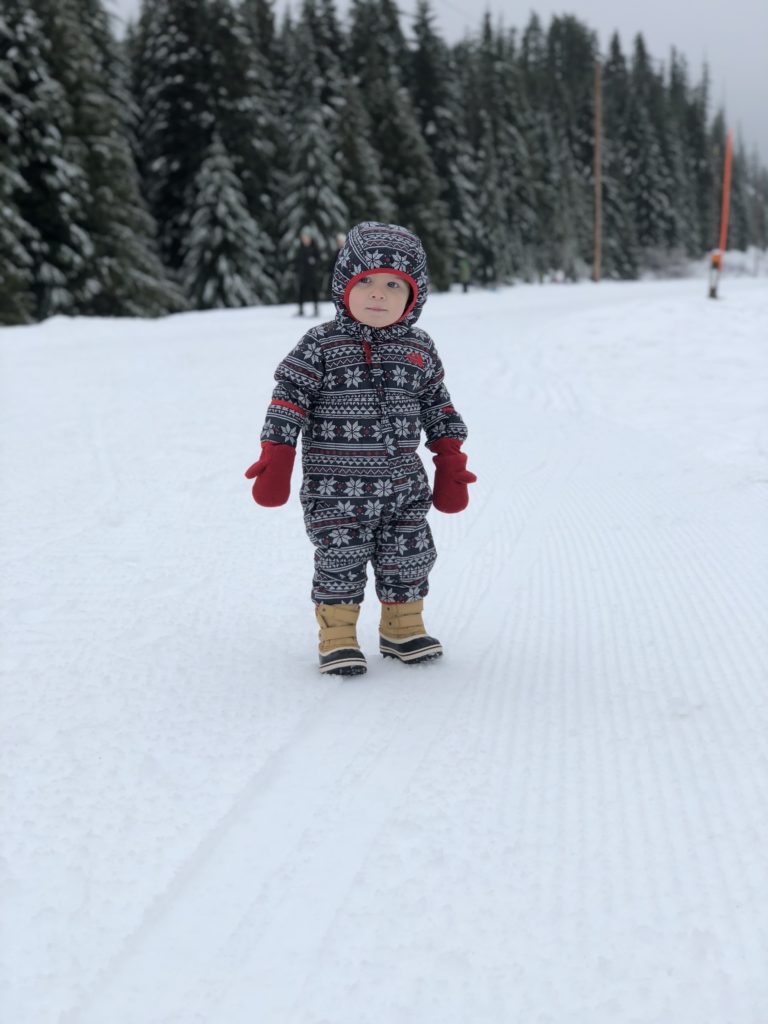 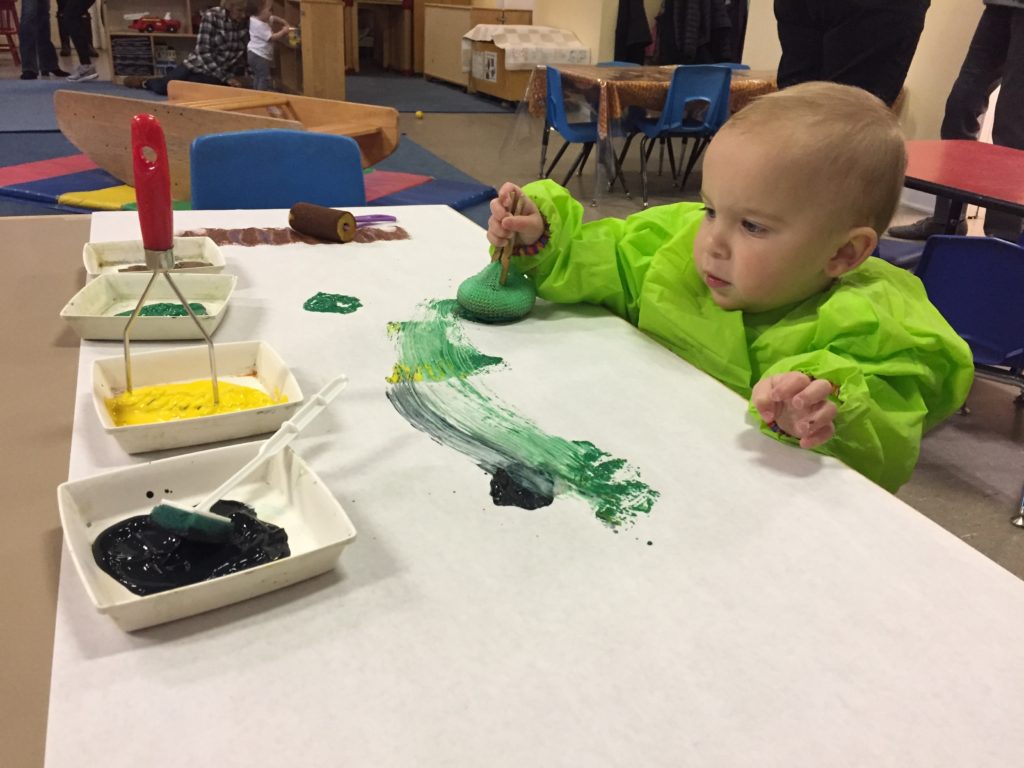 The day-to-day differences have stopped being as significant as they were for probably the first 15 or so months. Now, it’s so fun watching him build on his skills. He practices things, like pronouncing words correctly, the proper way to use a fork, also the improper way to use a fork {drumstick or javelin}, the best way to climb up the ladder on his slide, how to take off his shirt, etc. 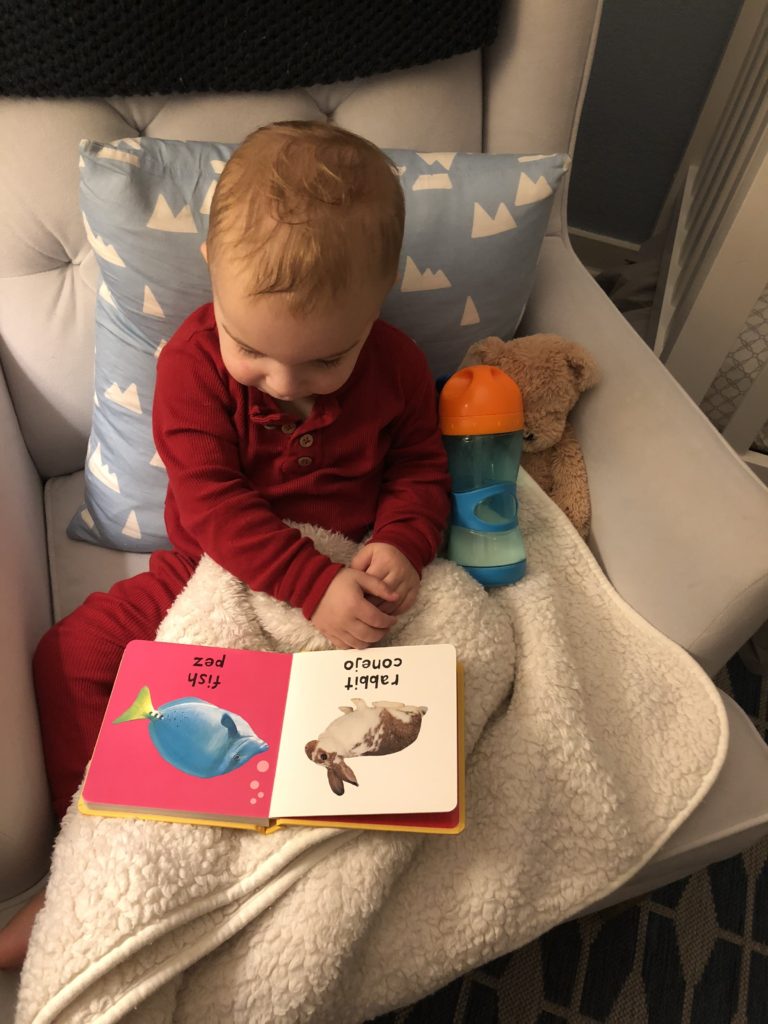 Ben is a full-blown toddler these days. He’s becoming more independent all the time and he is so so curious. He wants to be involved and included in everything. Completely on his own he started helping Alex empty the dishwasher one morning – he walked over, grabbed a piece of silverware, handed it to Alex and repeated until he had emptied the whole silverware rack. He’s becoming an expert at loading the washing machine, too. Sometimes {this is still rare} he will help pick up his toys – we’re really working on that one! Another big one: he wants to WALK up and down the stairs!!!

I have been having so much fun baking with Ben. He loves to stir and be involved however he can. Sometimes when I’m cooking dinner Alex will stand next to me, holding Ben, so he can watch. He’ll say “see” and point when he wants to be involved. It’s adorable and chaotic and messy, but it’s just the best. These memories…. 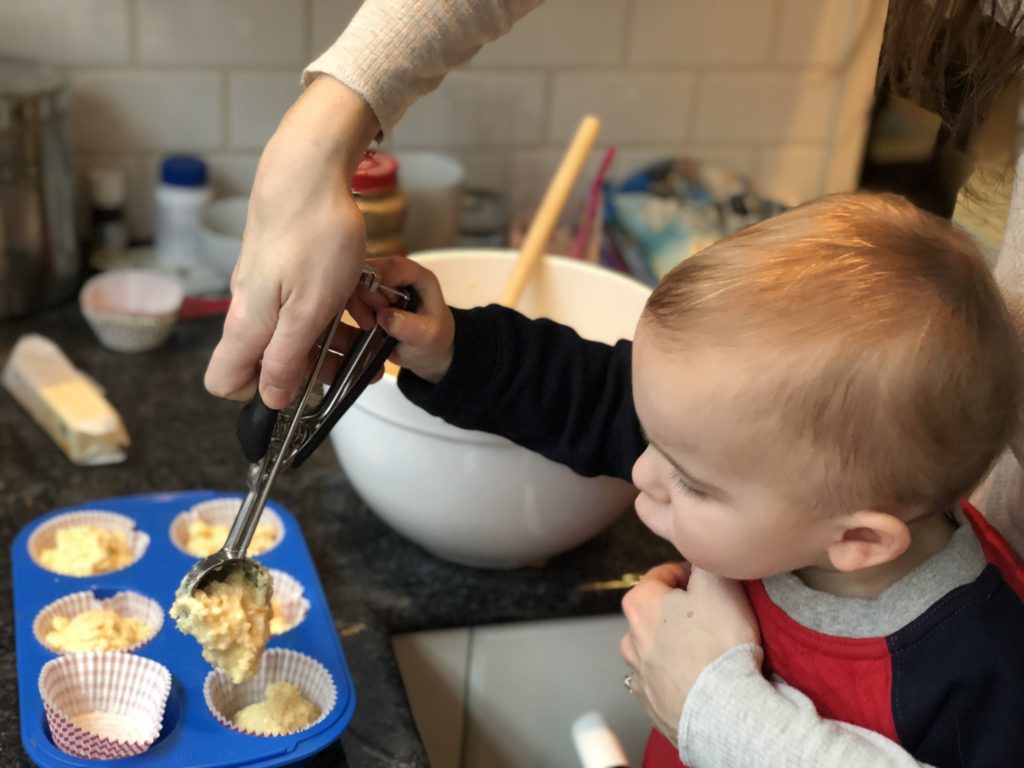 I’ve been saying for months how sweet Ben is becoming and he keeps getting sweeter and sweeter! He’s turned into quite the hugger and he’s actually a great hugger. He hugs nice big, tight, long hugs and it is precious! I can’t get enough of his hugs. He’s started kissing too – very, very rarely though. 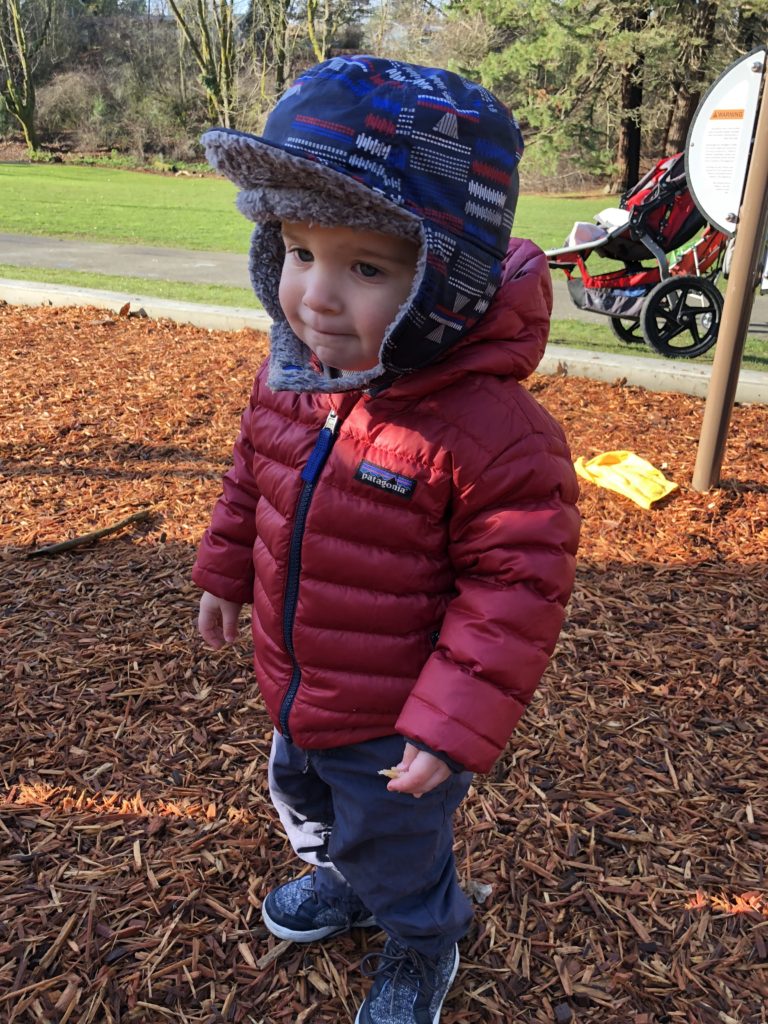 Ben is talking up a storm. It is so fun. He’s started stringing together two-word sentences. On a rare occasion he’ll say “please” or “thank you” without being asked! We’re estimating his vocabulary has exceeded 100 words at this point, so I’m done guessing how many words he knows. He’s repeating more and more parts of a sentence that we say – he used to pick out one word to repeat and now he’s trying to repeat the whole thing or a bigger chunk of it. We’ve started to work on colors and numbers – SO FUN! 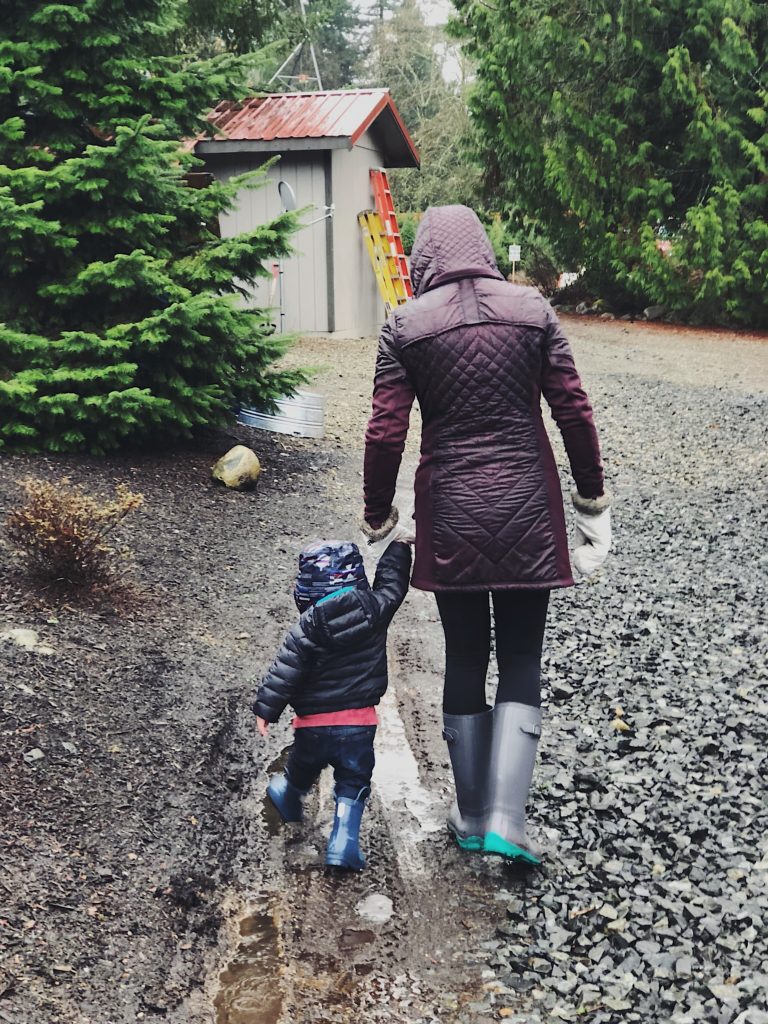 I think Ben made it 2.5 months without getting sick – that’s a huge deal to us, especially during the fall portion of cold/flu season. He went until the very end of December being healthy! Then he got the stomach flu, had a day where he was back to normal and eating again and then got a horrible cough, which he’s still getting over. He’s eating now, though, so that means he’s feeling better. 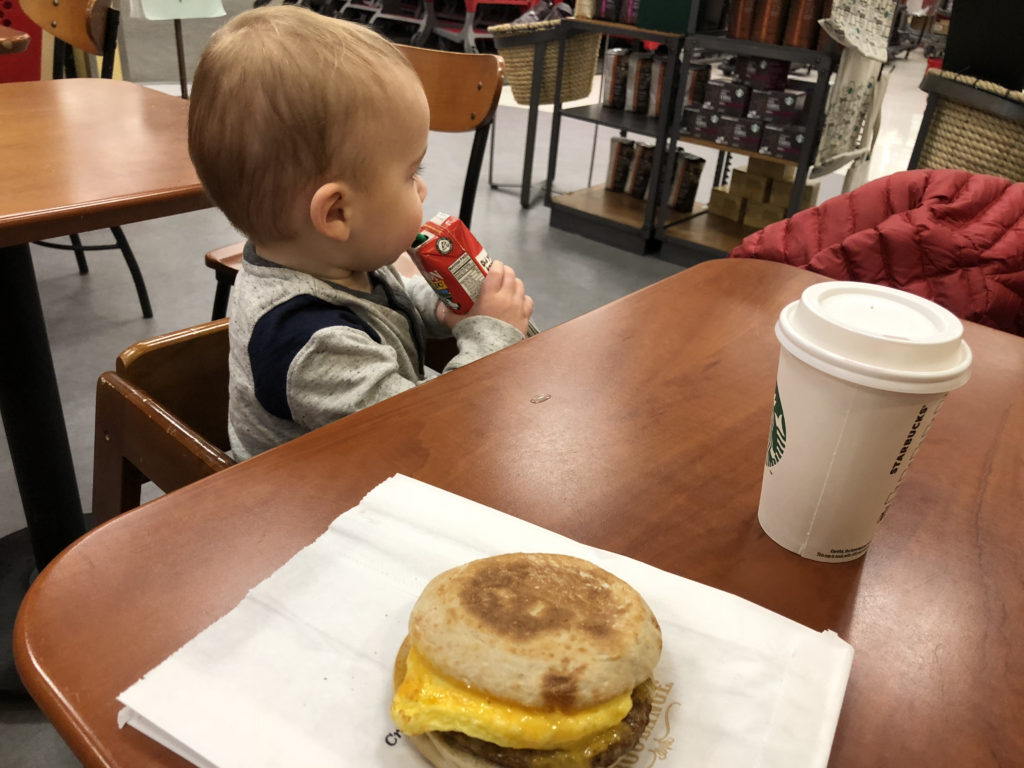 One of my favorite memories from recently was taking Ben to run errands with me. Such a mundane, everyday task, but we had a blast. He is so fun to be out and about with. We started at Starbucks so mama could get some coffee and a breakfast sandwich, because why not? I got him a little chocolate milk, which he had never had before, and he loved it! Obviously. We were talking the whole time and he helped me pick out things at Target, then at Costco he helped push the cart through the entire store, we sampled all of the things and then shared a smoothie {PSA – the smoothies at Costco’s food court have my stamp of approval!} and he helped me load everything into the car. It was a really special day. 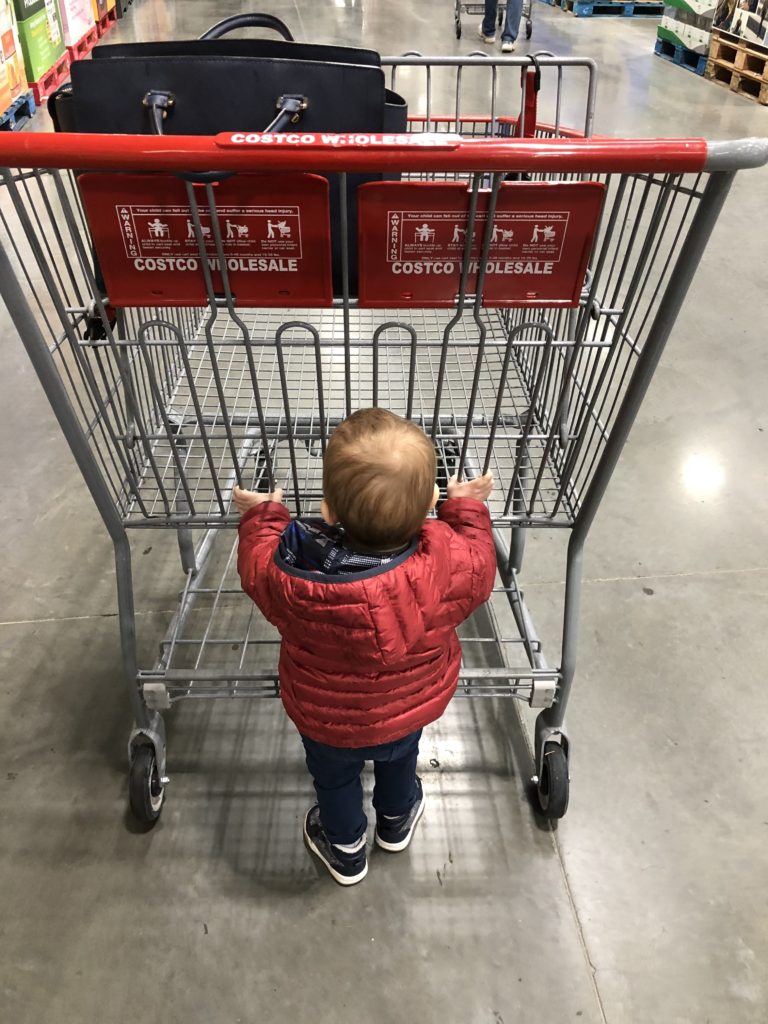 We’ve started cross country skiing now that there’s enough snow in the mountains. Ben has his little chariot that he rides in and seems to really enjoy it! He’s gotten into “downhill” skiing too. I can’t WAIT to actually see him learn how to ski. 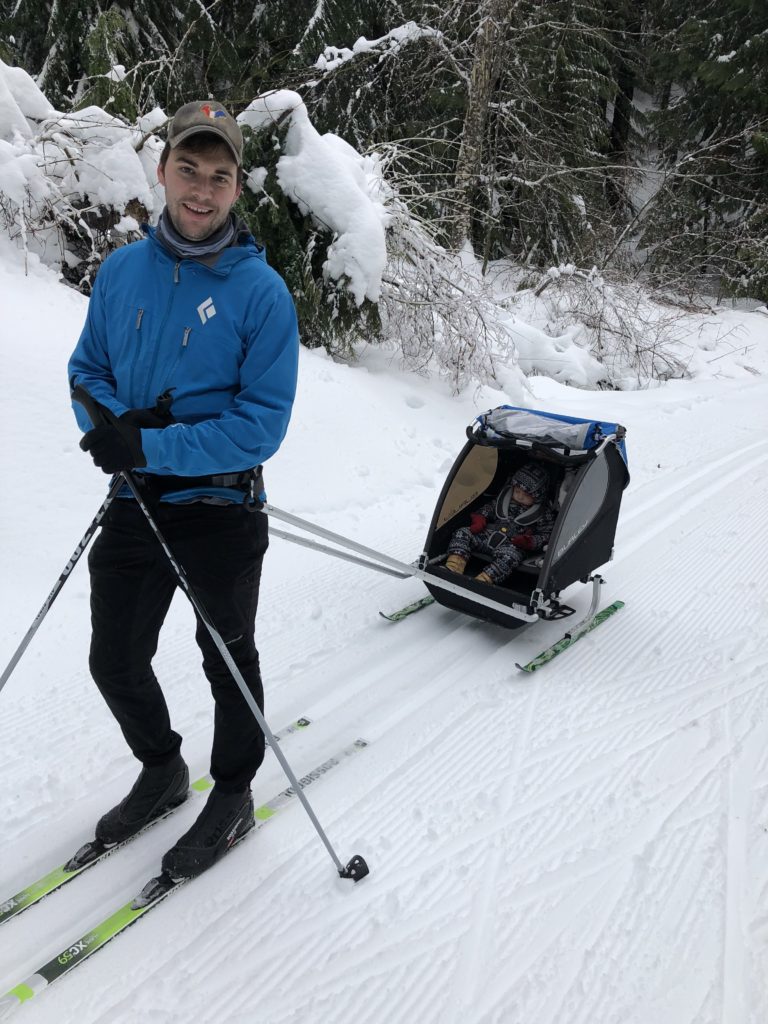 Well, here’s to another great two and a half weeks before we’ve got a 20-month old tot! 🙂 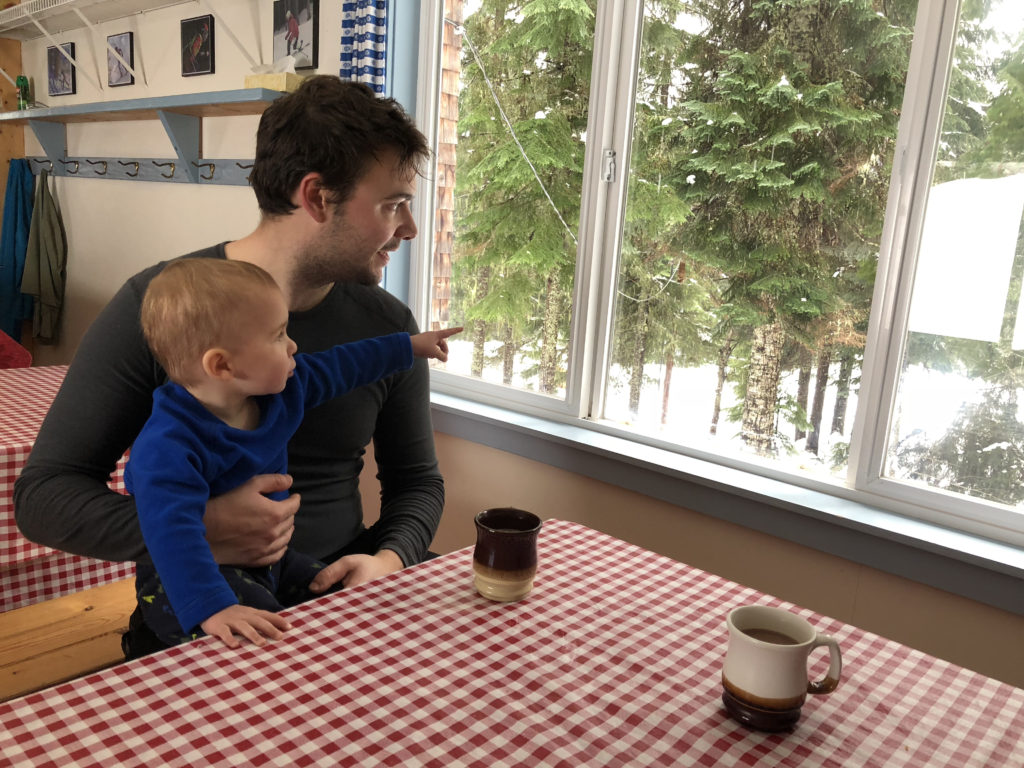