Christmas this year was spent at our little home alongside Alex’s family. They all made the trek out to Seattle a few days before Christmas to celebrate the holiday, as well as Nico, our nephew’s, first birthday. We had a wonderful holiday season and were so glad to have had the company.

The start of their trip was marked with some illnesses, which thankfully Alberto and Nico made a quick recovery from just in time to celebrate Nico’s birthday. We rearranged our plans a bit and spent our first full day together out in the mountains. We visited our lot and got to see it covered in snow, then we ended the very chilly day at Stevens Pass where Alex and Stan took a few runs. 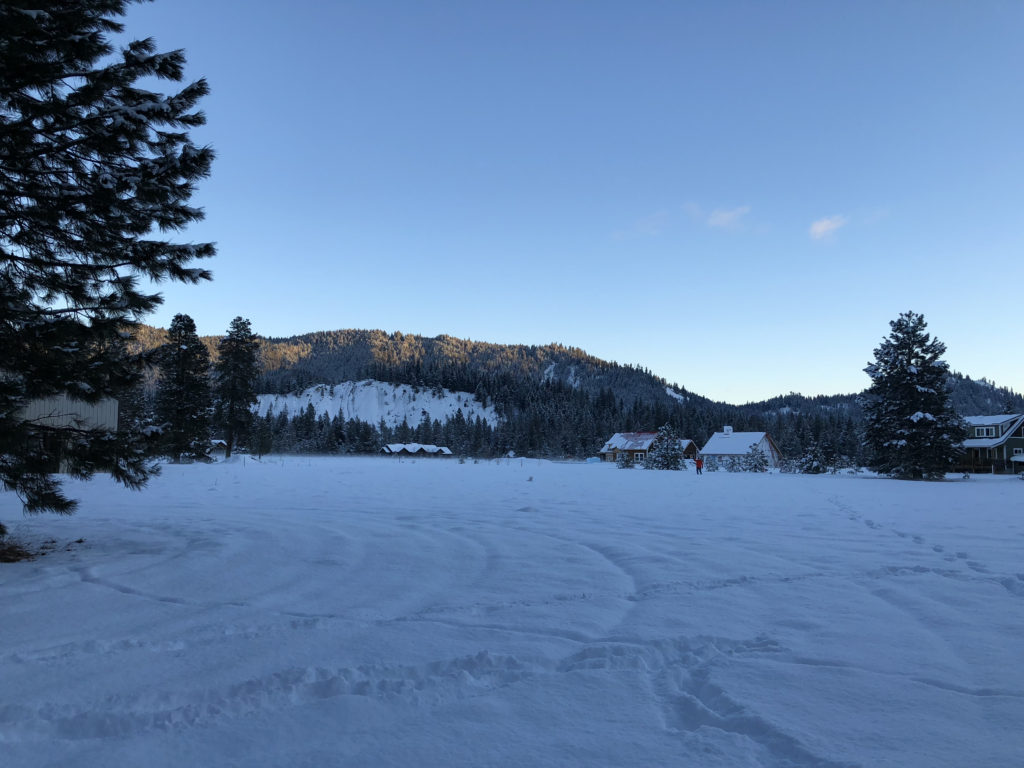 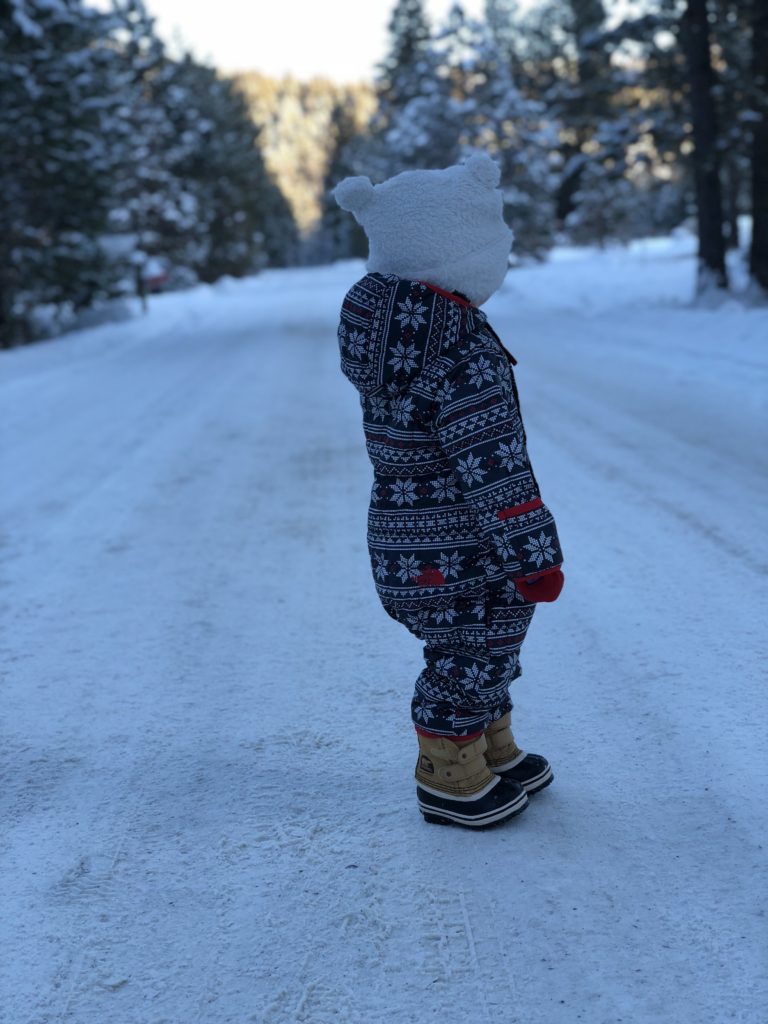 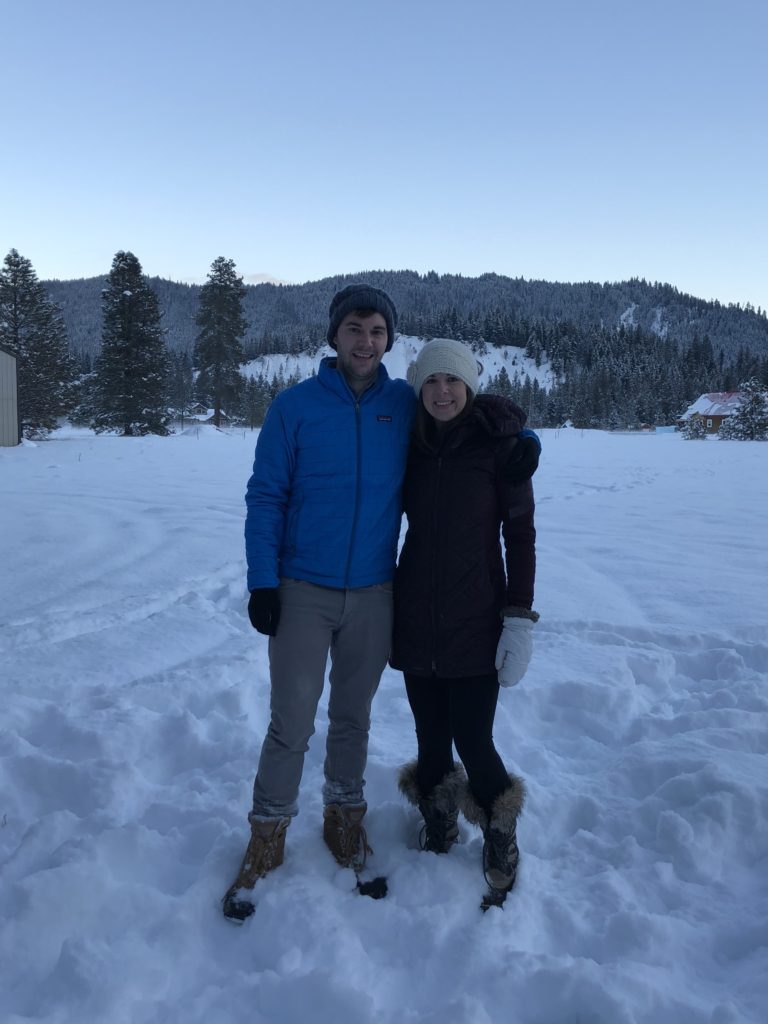 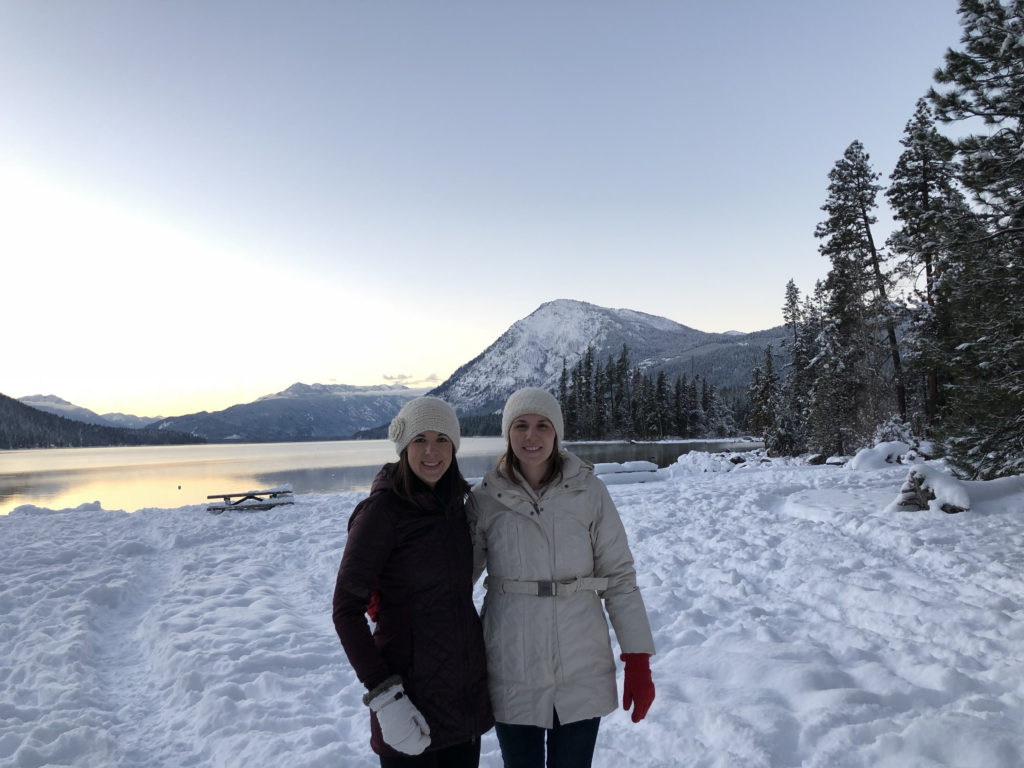 Santa came early to our house and brought Ben a pair of his very own skis! Alex and I couldn’t resist strapping them on his little Sorels and letting him test them out. We’re convinced he loved it because after we stopped moving he said “more” – a surefire sign he’s going to be a skier. 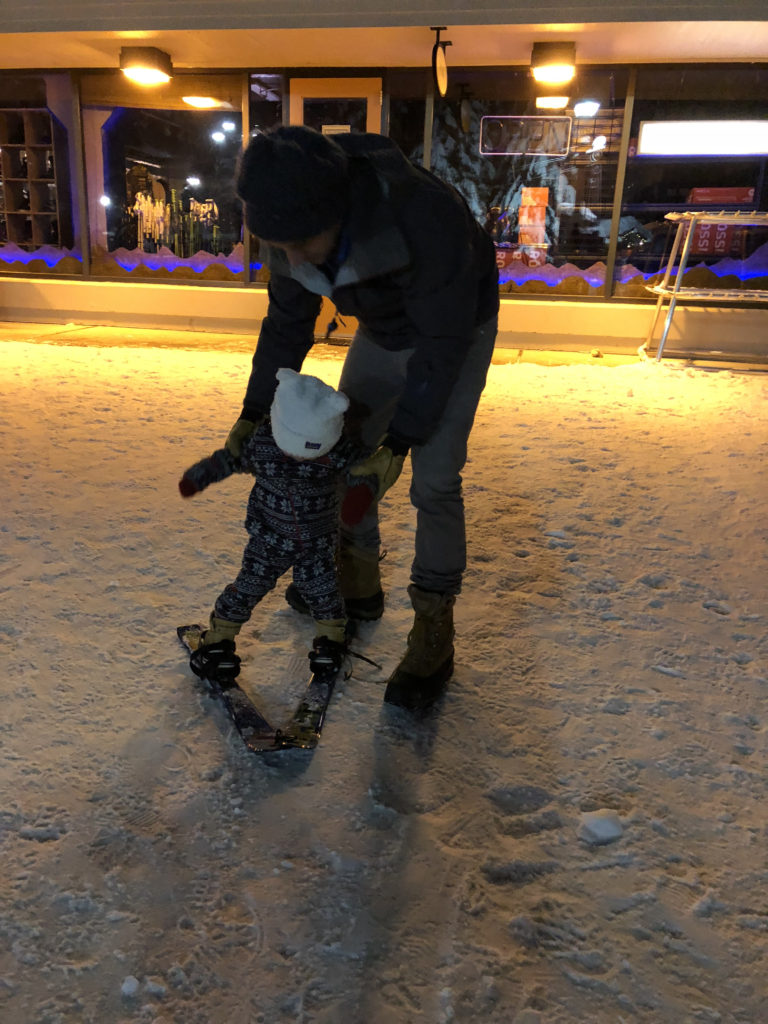 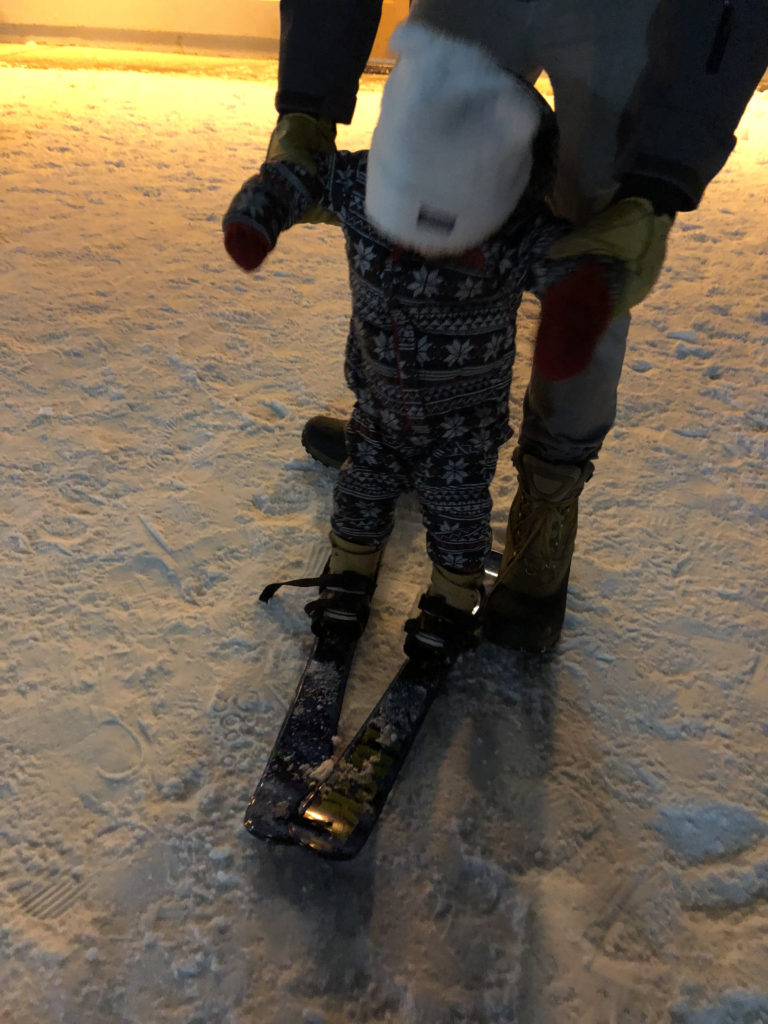 Christmas Eve was extra special this year because we were celebrating Nico’s first birthday! As a bonus, the snow gods were on our sides again and we got a very unexpected surprise that afternoon – snow! It snowed and snowed, all through the night and we had ourselves a white Christmas. 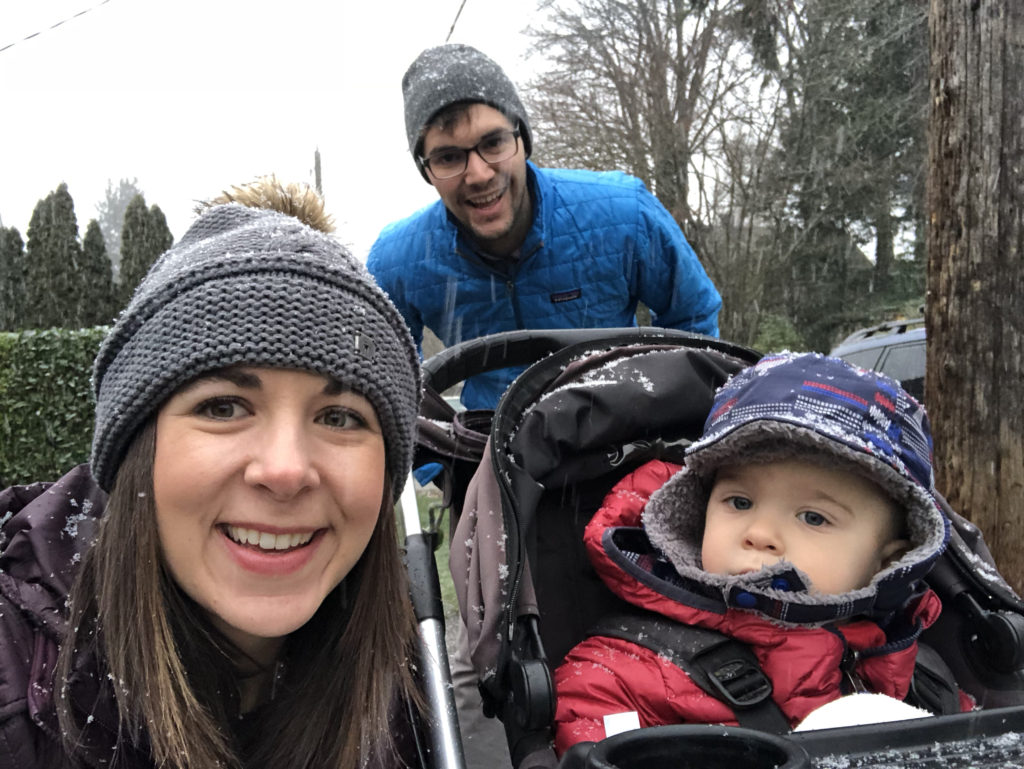 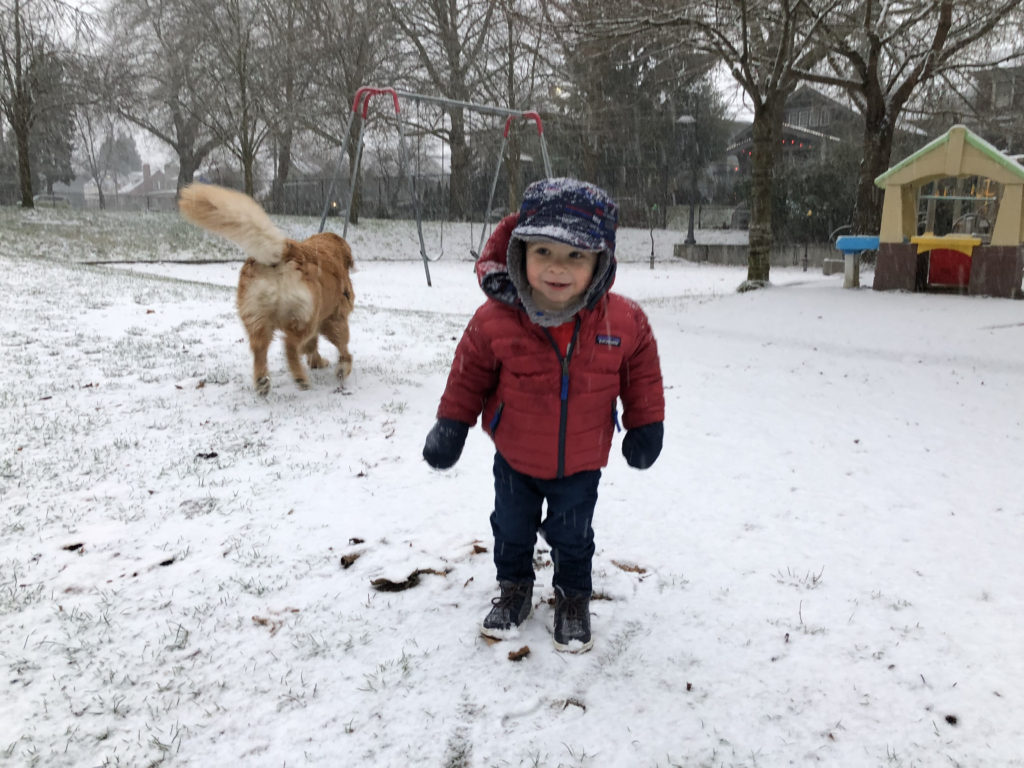 The theme of Nico’s birthday was “Llama Llama Red Pajama” after a very popular kids book that Nico loves. Donna found us all matching “fa la llama” shirts to wear to celebrate and we enjoyed a fun dinner of fondue and some really delicious birthday cake from Madison Park Bakery near our house. 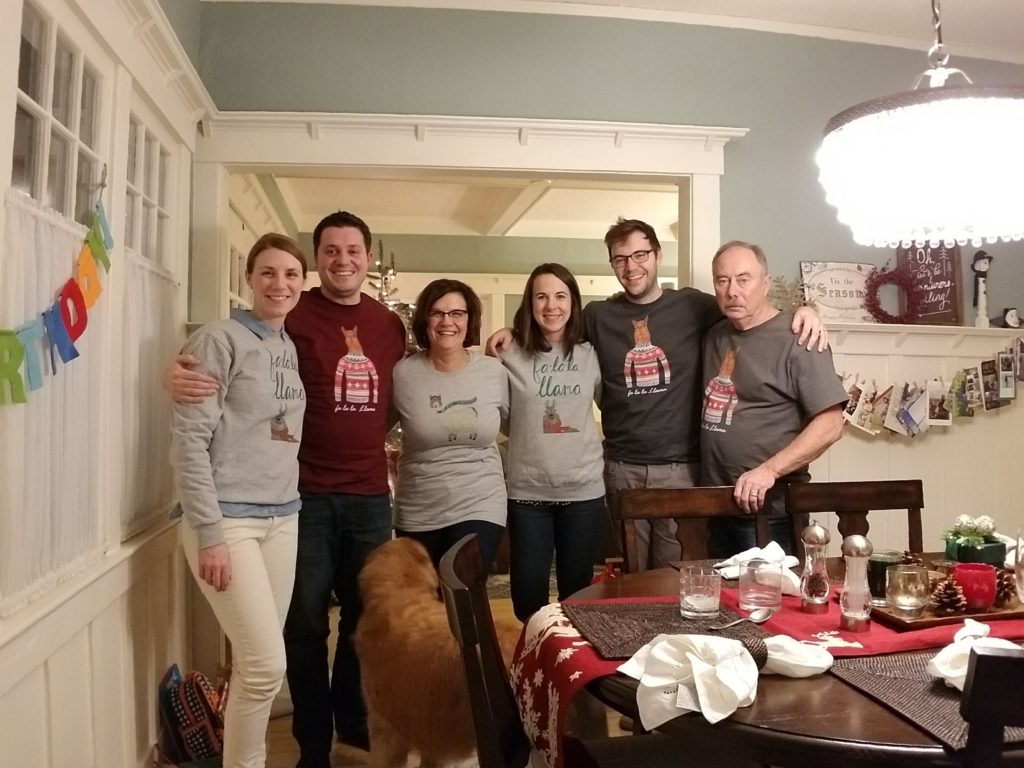 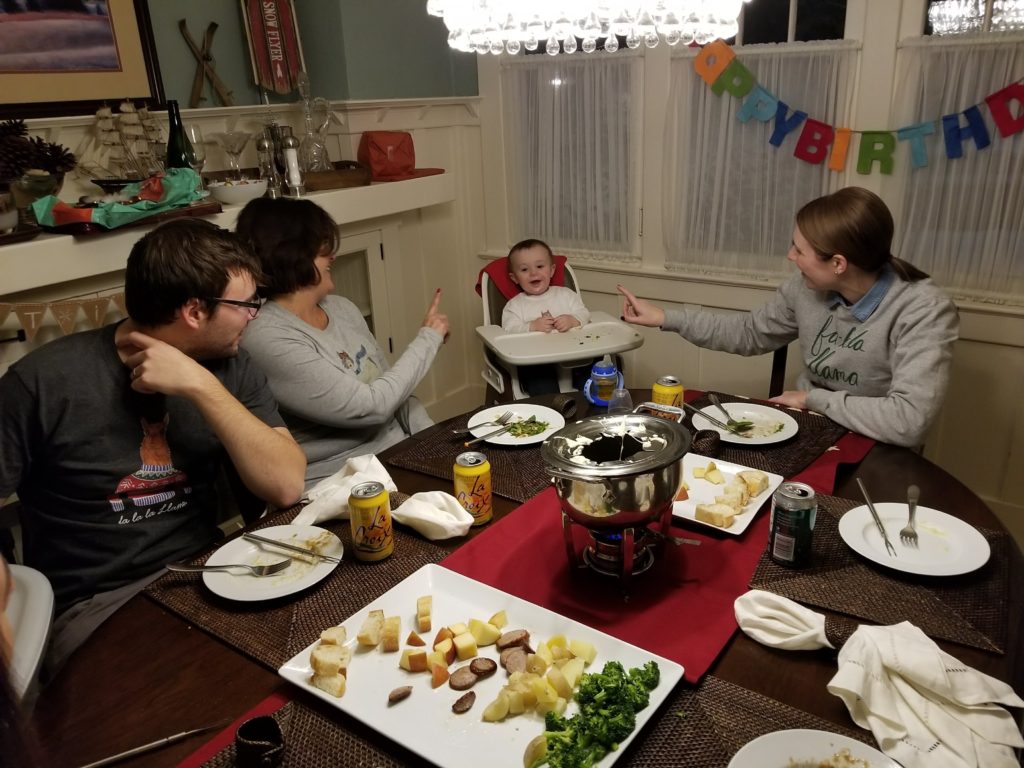 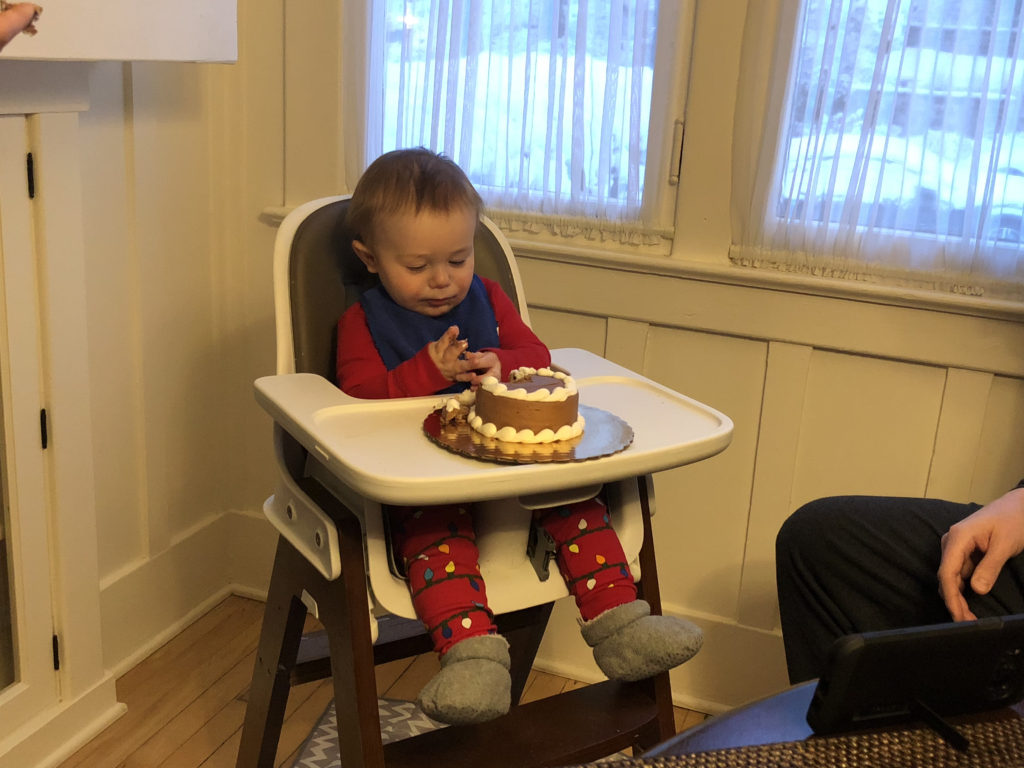 We awoke on Christmas morning to the beautiful sight of snow. Never in my wildest dreams did I imagine a white Christmas in Seattle. It was perfect. We had so much fun making new memories and enjoying watching Ben on Christmas morning. He was very excited to get a brand new slide, along with several other gifts. Alex and I used Christmas to get him some updated age-appropriate toys – we really hadn’t gotten him much since his first birthday and he has outgrown most of his other toys by now. 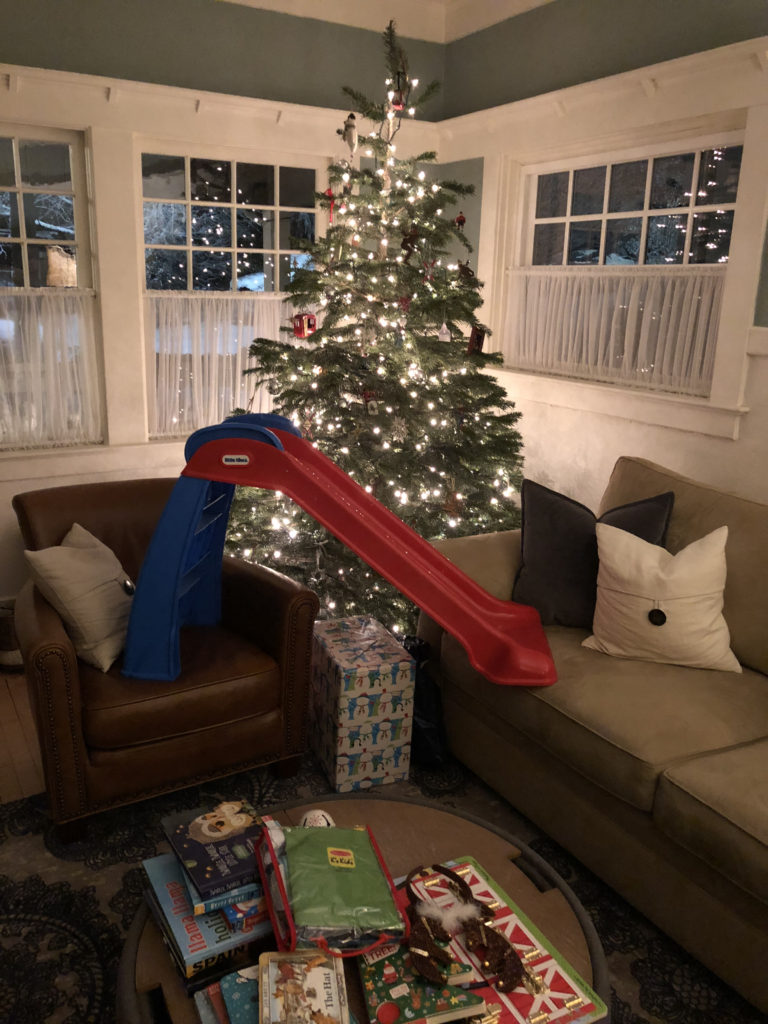 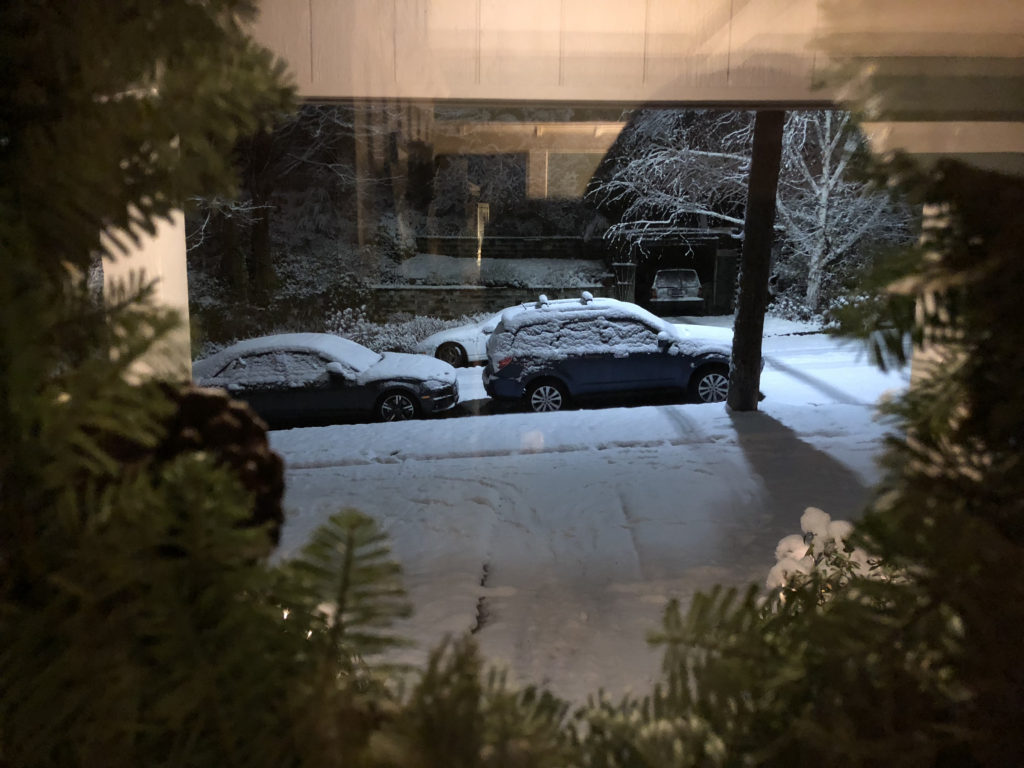 Christmas Day was very low-key and relaxing. We had a fire, enjoyed cinnamon and orange rolls, the eggnog lovers sipped their eggnog, we played outside in the snow and had a prime rib dinner to finish out the day. 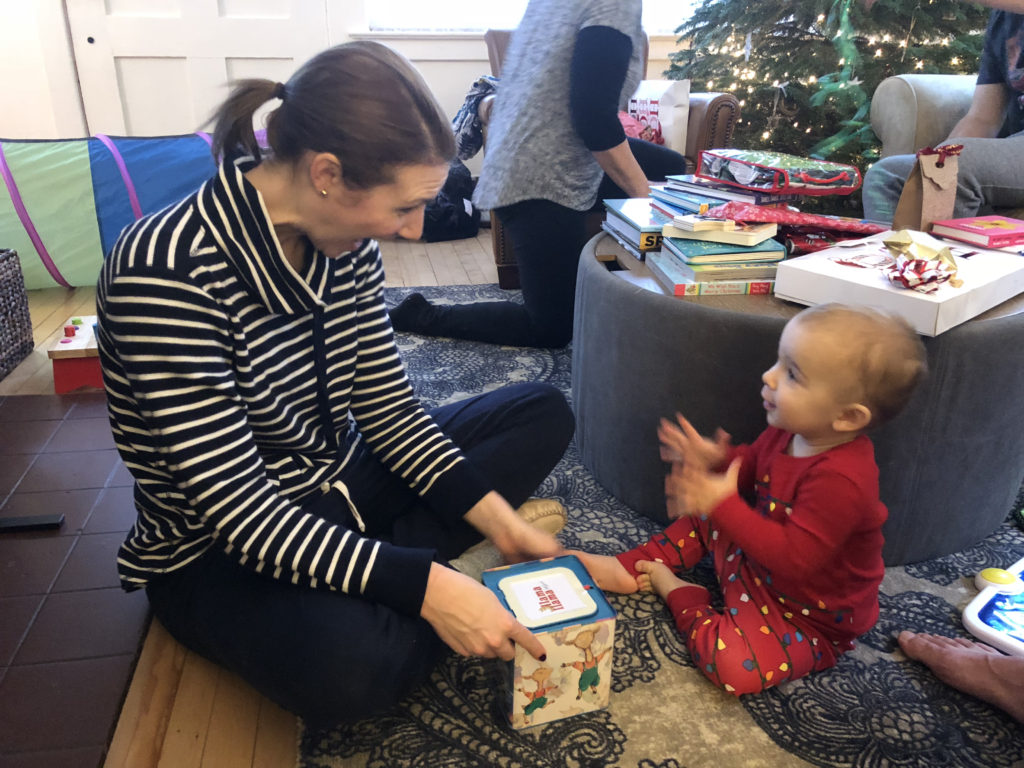 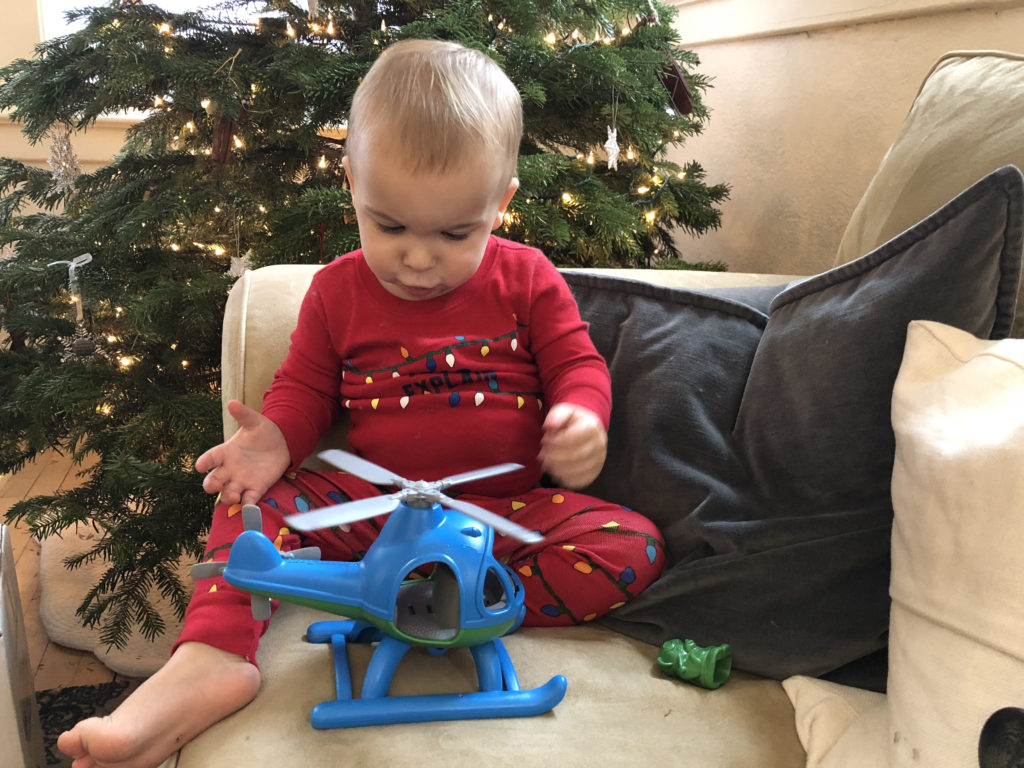 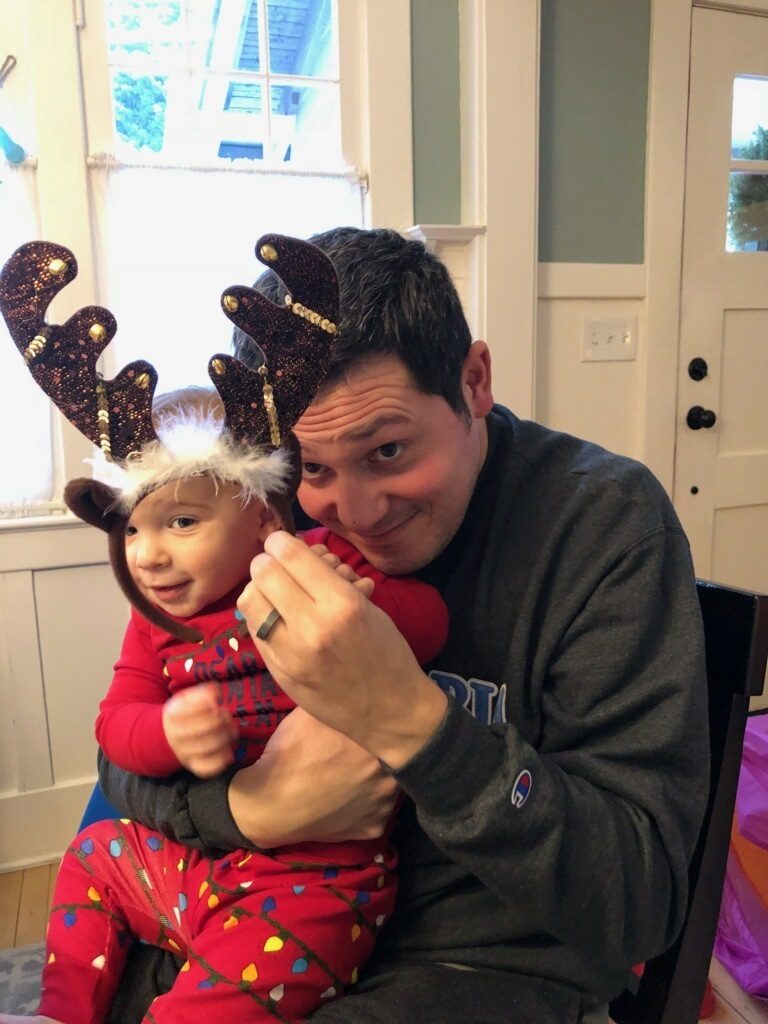 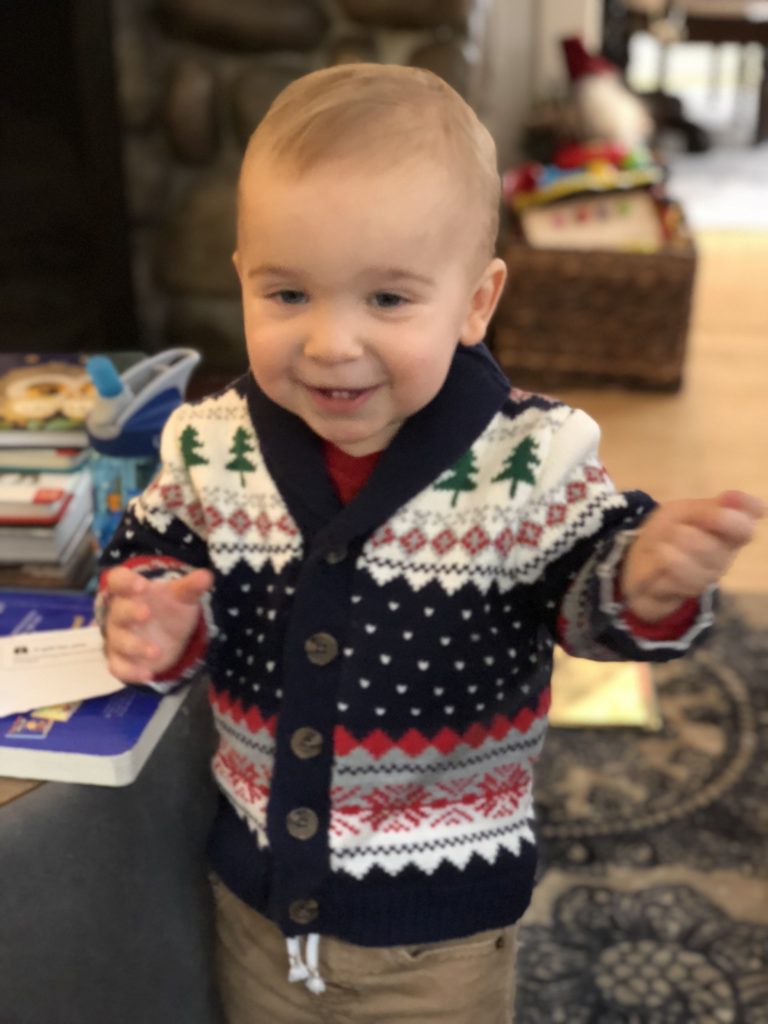 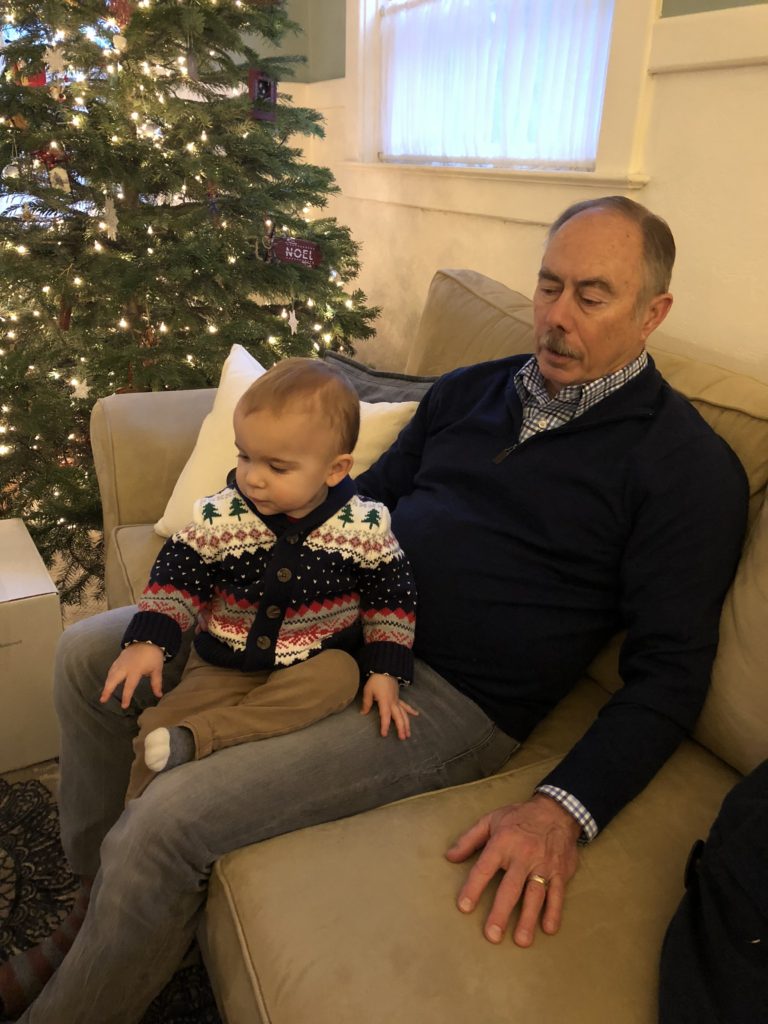 Bright and early the next day, Alex, Alina, Alberto and I headed to Stevens Pass to get in some skiing while Ben and Nico stayed behind with their grandparents. It was a very chilly day on the mountain but we had a great time getting in some turns. It was too cold to take more photos… 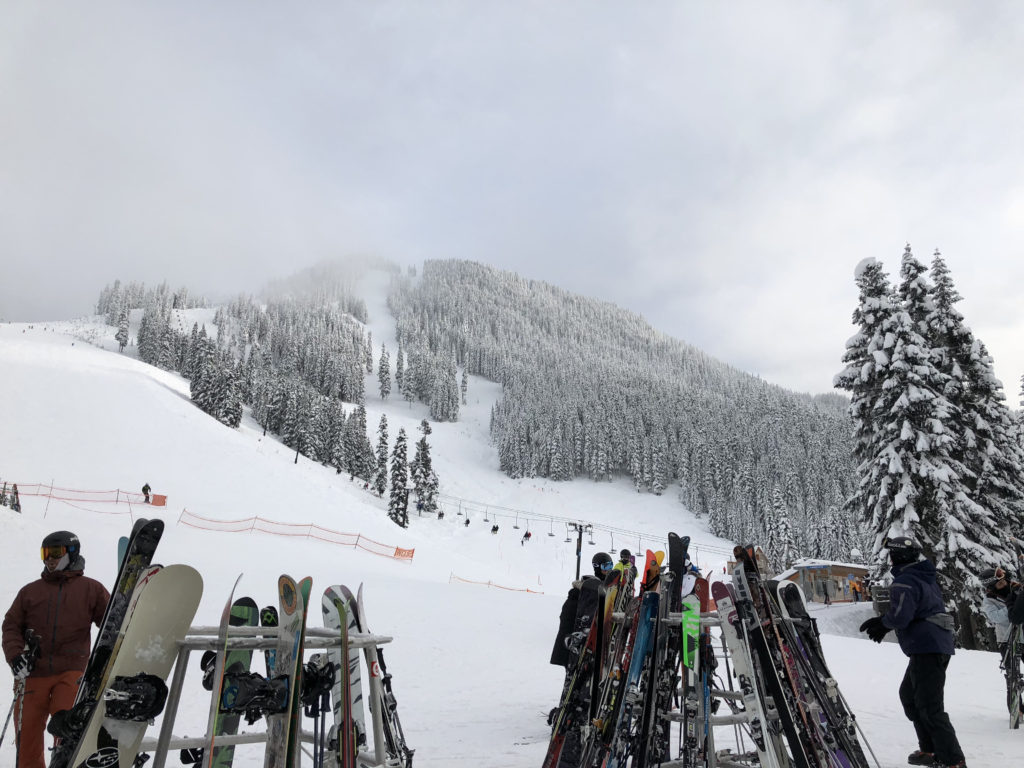 The boys seemed to have a great time with their grandparents and went on a fun outing to the playground. I can only imagine Donna and Stan are still exhausted from their big day with two toddlers! 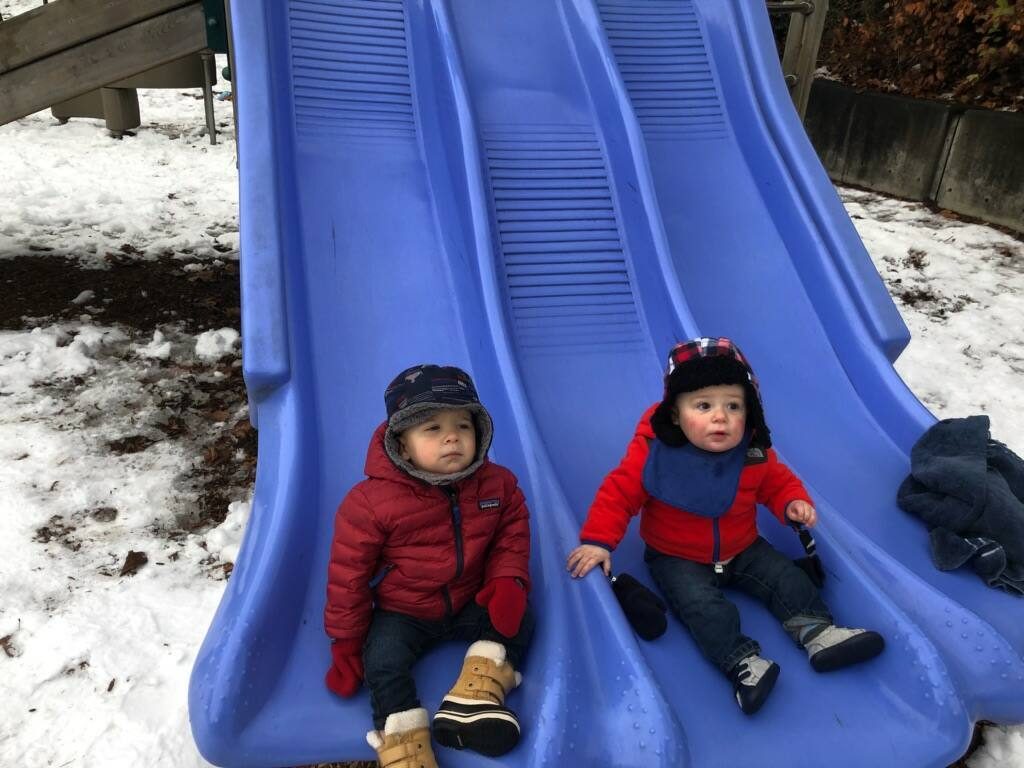 Our time together came to a quick end the following morning when everyone packed up and said their goodbyes. We are so grateful that our family came out to spend the holiday with us and that we had such a lovely time. Most wonderfully, though, was seeing how much Ben adored spending time with each of his family members. He is still talking about everyone a week later. 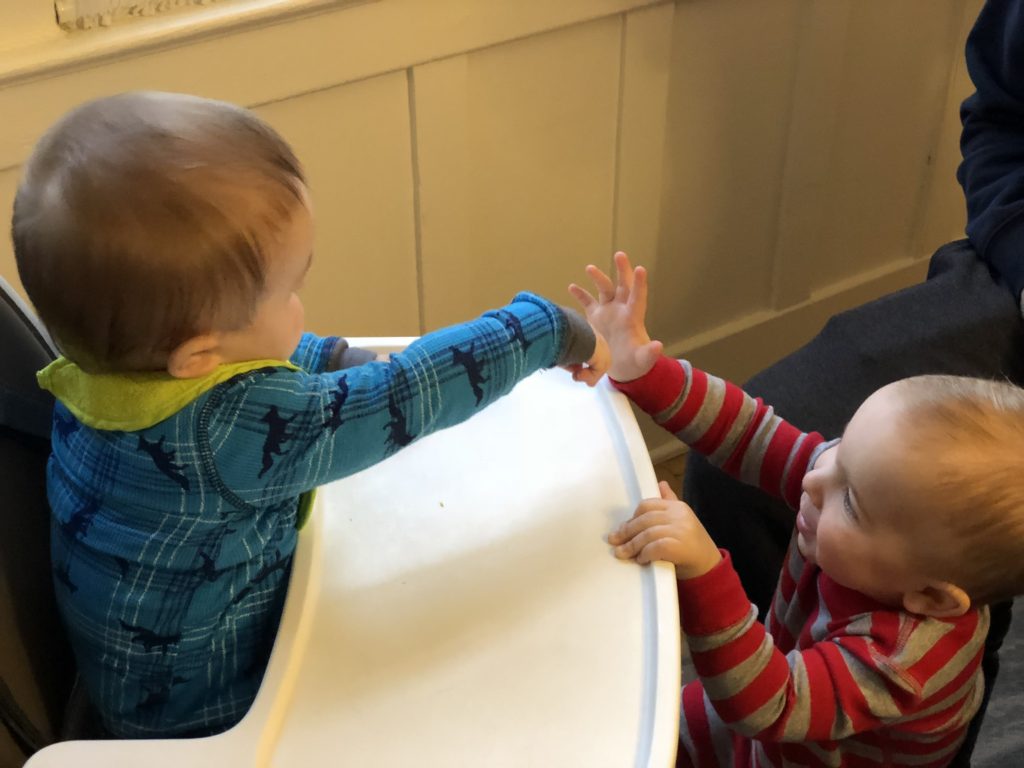