Not a whole lot is going on right now – well, not enough to warrant its own blog post, anyway. In any case, I’ve compiled what’s been happening lately over in our neck of the woods.

Today Jackson turned 10 months! He weighs about 70 pounds. He definitely has some growing to do still – I noticed today that his head needs to catch up with the rest of his body. As a 10 month old his favorite things include: digging in the backyard, going for walks… lots of walks, playing with other dogs, terrorizing Henry, chasing Henry around the house, and generally doing what we don’t want him to do. In all fairness, Jackson really is a good dog. He’s adorably sweet and he has certainly found his place in our house – usually on top of our feet wherever we’re standing.

We began Monday, Wednesday, Friday runs with Jackson this week. Lately we have been realizing that we just can’t tire our big pup out enough. We are hoping that running will do the trick. Monday marked our first official “family run” and we ran about 3 miles. We had run with Jackson in the past but it was more of a run-walk, whereas this was a solid 3-mile run. Much to our surprise, Jackson did awesome! This makes me so excited for summer.

Our big trip to Europe is quickly approaching and we are FAR from ready to go! We booked our hotels in Spain and Switzerland last week but still need to get England and Amsterdam locked down, as well as our flight back to the US. Another thing that is on our to do list is figure out what we’re doing with Jackson. I am in the process of “interviewing” dog sitters for Jackson. I am certain we’ll find a good family who will be able to watch him while we’re gone, but it isn’t easy to find a home for him to stay at for nearly 30 days. Henry has a fabulous cat sitter already, so he’s taken care of.

As a preparation for part of our Europe trip Alex and I decided we’d like to learn to speak a bit of Italian. We will be in parts of Italy where tourists aren’t common and we’ll be attending an Italian wedding so we thought it would be nice to have a few words in our back pocket. We have been using a website called Duo Lingo for a few months and have started to build a small vocabulary but we’re realizing that we really need to step it up in order to be able to have very basic conversations and communicate a little bit in Italian in just a few short months. We are planning on hiring an Italian tutor with the hopes that she will be able to bring us up to speed. I think we’ll start with one session a week and then when we get closer we might increase to two. We’ll see! 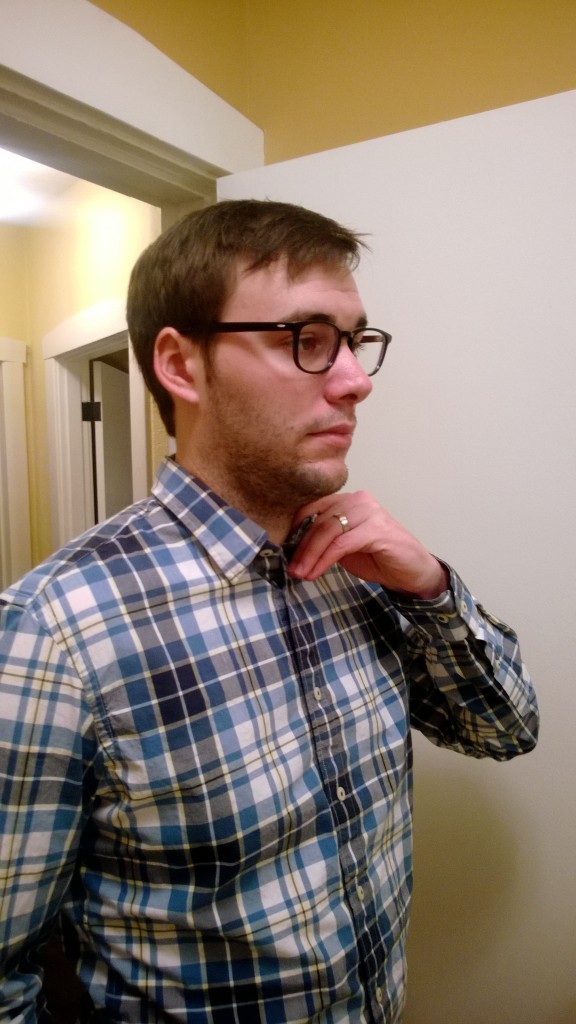 Our weekend was pretty low-key. Alex and I got the rare opportunity of having a lunch date on Friday! It was awesome – I met him at his office and we walked up the street to Homegrown, an AMAZING sandwich shop, to grab a bite to eat.

Friday night Alex went out with some friends and I stayed in with a spasming abdomen. Saturday we met Ali, Tyler and baby Vivian {and Glory, their dog} at the dog park and had brunch with them afterwards. We did some errands and came home to get a few things done around the house before going out for dinner at Naam Thai and a glass of wine at Bottlehouse. We had originally planned on skiing on Sunday but Alex just wasn’t feeling well enough so we stayed home.

The weather was really nice on Sunday so we took Jackson for a long walk through the Washington Park Arboretum. We spent the rest of the day relaxing and getting stuff done around the house.

We’ve got some good stuff on the menu this week. The lasagna we had for dinner on Sunday was so so good and I can’t wait for pork carnitas tonight. They have been cooking in my crock pot all day and I can’t even pick up the pork without it falling apart. The rest of the week has mushroom ravioli, gnocchi with sausage and peppers and mushroom risotto… lots of mushrooms and pasta this week!