While life has slowed down immensely over the last month {thankfully!} time still seems to be zipping right along. Alex and I have been thoroughly enjoying down time at home, trying to make the most of our empty schedules before the holidays and ski season and a crazy travel year sneak up on us, which I think they just did!

Ski season in Washington is officially kicking off tomorrow. December is upon us. Thanksgiving has come and gone, which means the holidays are in full-swing. I’d be willing to bet big bucks that you’ll find us at Crystal mountain for day one of Allen Family Ski Season next weekend.

Alex and I can’t wait for Christmas, but more than anything, we are both just so excited to embrace the holidays this year. It is a big year for us – we’re hosting a swanky holiday party, then both of our families are coming out for Christmas in Washington. I have been busily planning for our party, our week-long Christmas celebration and several trips we are taking between now and mid-March. We’ve also got a couple of tentative trips and a really exciting project we’re working on. Oofta! It’s going to be a great winter!

That said, we had a wonderful Thanksgiving. We spent the day over at Ryan and Mary’s house, alongside Ryan’s fraternity brother, Mike, and his girlfriend Priya. It was such a relaxing, calm day filled with great company and food. And wine.

In all this down time I have had, I have been rather lax about posting what we’ve been up to. Last weekend I got together with Carrie, Mary and Jamie to have an afternoon at the new Hobby Lobby, then ran over to Carrie’s to see the beautiful result of their recent kitchen renovation. At some point recently we had a really fun night out in Capitol Hill with the Buffingtons and the Millers, but I can’t remember which weekend that was!

Last weekend we met Mary and Ryan, as well as Jamie and Evan at Marymoor dog park for a little puppy play date. Our little ham and Berkeley, Mary and Ryan’s dog, decided to have a contest to see which pup could get the dirtiest. Berkeley won.

Thankfully this dog park is so baller that they have a dog wash station, which we were very happy to pay a visit to.

After our dog park sesh, both us and the Millers realized we were going to pick up our wine club release shipments that day, so we met up in Woodinville to taste at Darby, where Ryan and Mary are club members, then across the street to Trust, where Alex and I are members, then next door to Fidelitas, a winery none of us had ever been to.

So far we are thrilled with our newest wine club, Trust Winery. They do two shipments each year and in each shipment you get three bottles of two wines, so six total wines but three of each. I love that concept. We haven’t tried anything yet – I think these ones will hang out in the cellar for a bit… 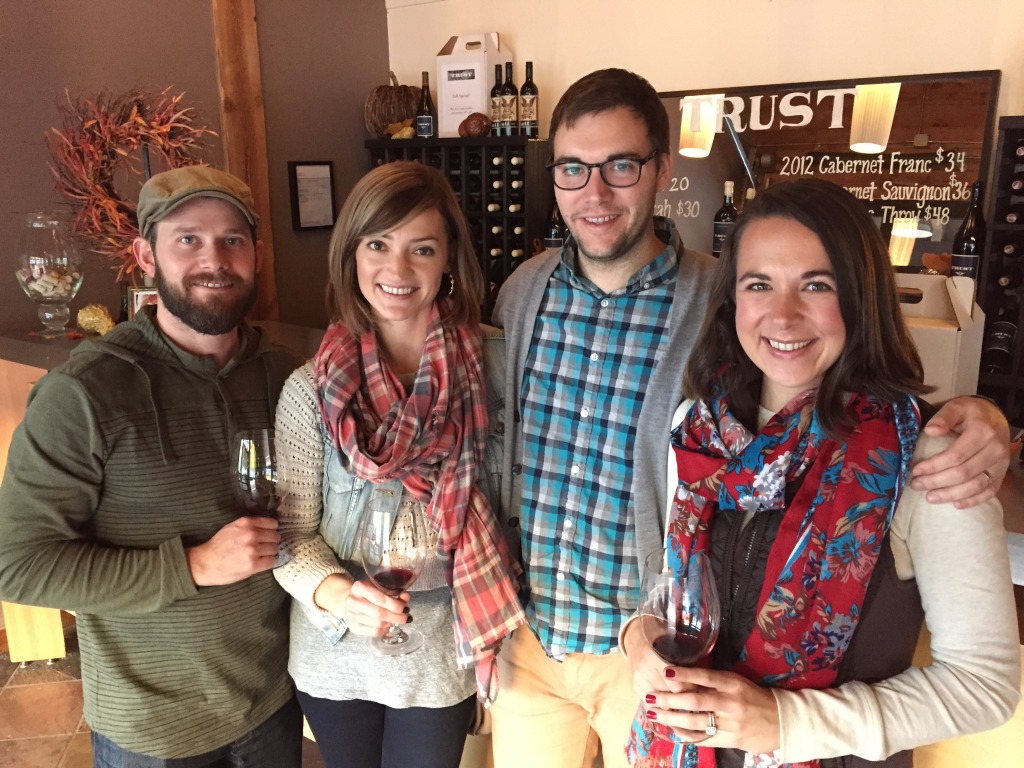 Aside from Thanksgiving this week, Alex and I have really just been home for the most part. Alex had Wednesday and Friday off, whereas I worked at home on Wednesday. He woke up on Wednesday and made cinnamon rolls! Yes, from scratch! Love him. 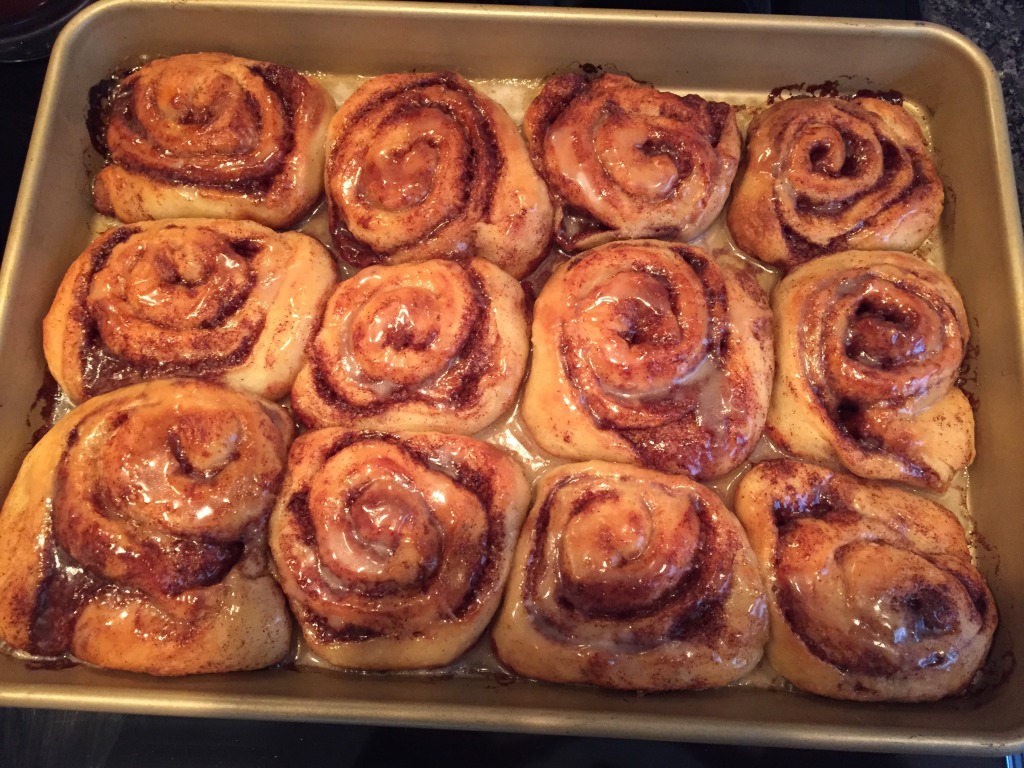 Friday we got up, lit a fire and decorated our house for Christmas {I’ll do a separate post with photos of our house all jazzed up for the holidays – we got a ton of cute new stuff this year that I can’t wait to share, but not everything has arrived yet!}. 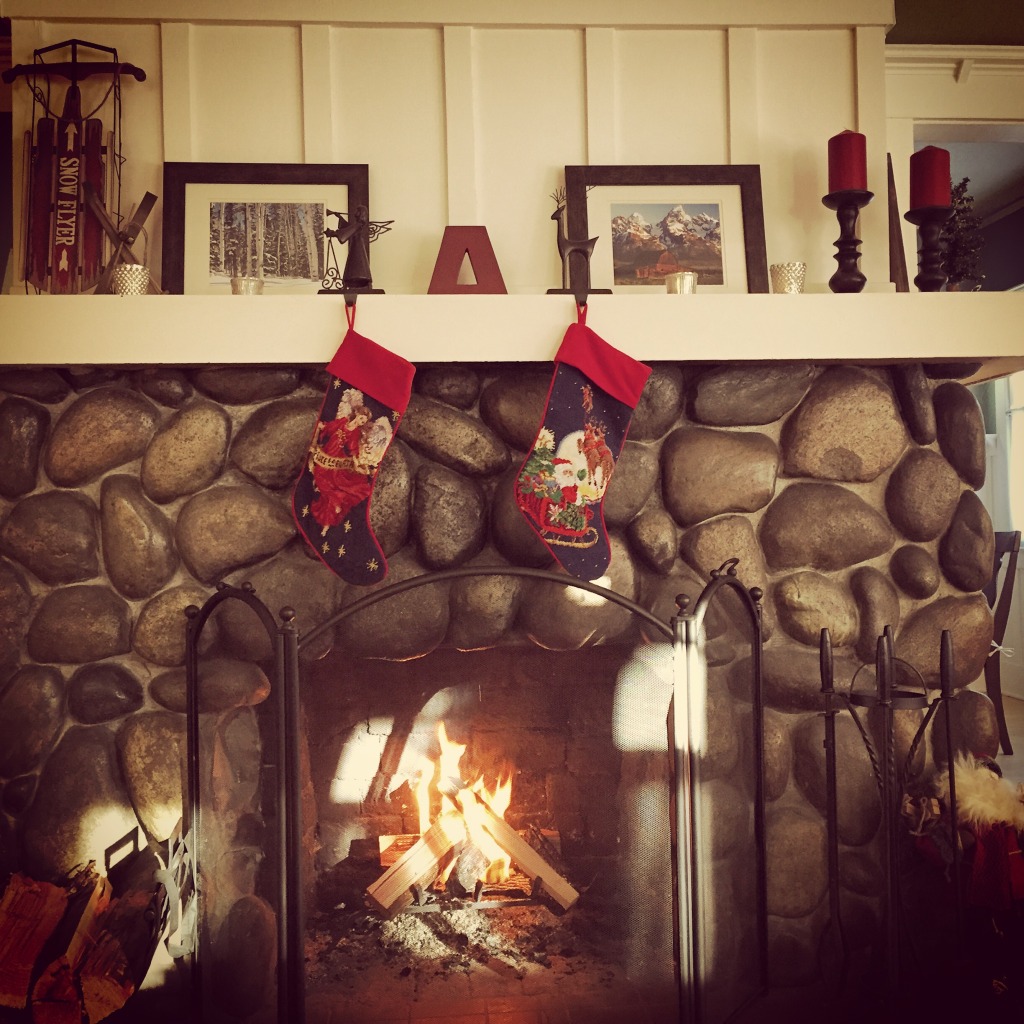 Just as I was waking up on Saturday morning Seattle was getting covered in a light blanket of snow. I grabbed a cup of coffee and positioned myself in front of the window to watch the big, wet flakes slowly fall. It is very, very rare for it to snow in Seattle, so I was treasuring the moment. 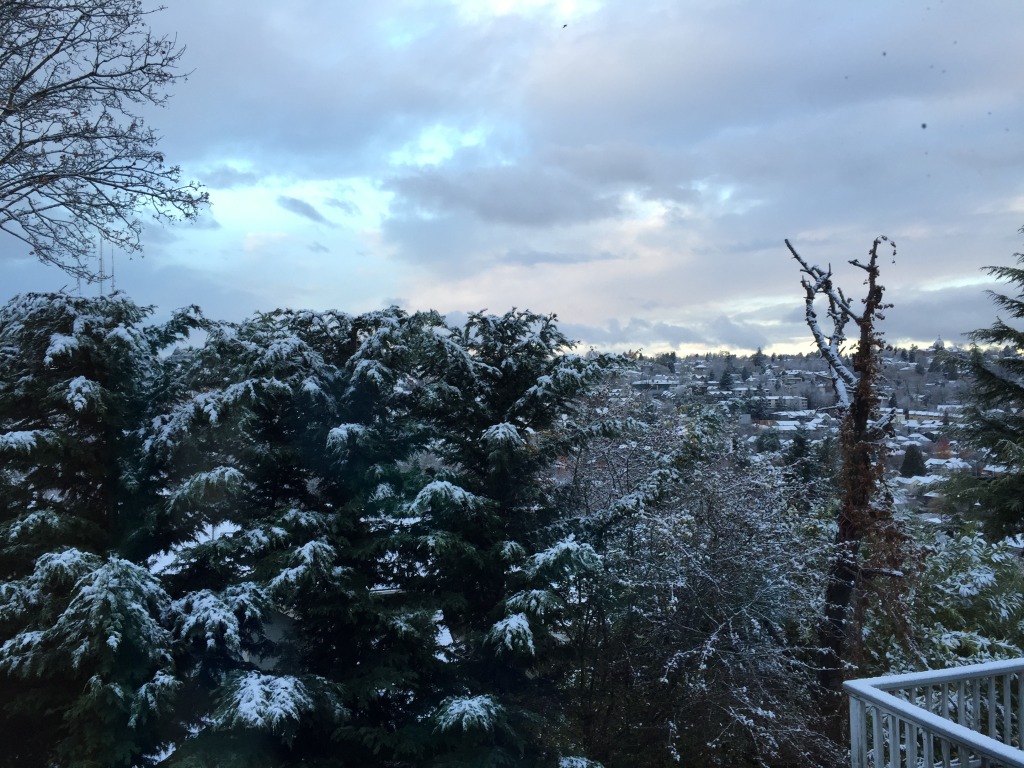 The rest of the weekend has been so super relaxing. Alex read a book in front of the fire. I finished up my Christmas shopping and have just been doing some planning. We had our Pilates class on Saturday. We are relaxed and well-rested… Let the holiday season begin!