I’ve shared a lot about how Ben has been doing and in turn it gives a little bit of background to our NICU experience, but I really haven’t talked much about what it’s like to have a baby in the NICU. Ben has spent 20 days in the NICU so far, and some of them have been easier than others, but until you have a baby in the NICU you really can only imagine what life is like.

We were lucky in that we knew that Ben would be born prematurely and that he would have some time in the NICU. Not all babies come out healthy, and we met some parents who had really big, full-term babies with normal deliveries, but who didn’t come out healthy and had to have an unexpected stay in the NICU, and then another whose baby arrived out of the blue at 26 weeks gestation. At least we had time to take a tour of the NICU, speak with a neonatologist and try to mentally prepare ourselves for what the journey would entail.

But in reality, it turns out there’s really no way to prepare yourself for life in the NICU. And there’s no way to prepare yourself to leave your baby behind when you get discharged after delivering him. And then again every single time you go visit him. Some days were easier to say “see you later” than others, and a lot of that depended on the nurse and how much confidence we had in her ability to take care of our little boy. One evening we had a nurse who we thought was unfriendly and incompetent and I spent our visit with Ben sobbing and dreading leaving him overnight with this particular nurse. I figured she really wasn’t incompetent, but she didn’t leave me feeling confident in her nursing skills. 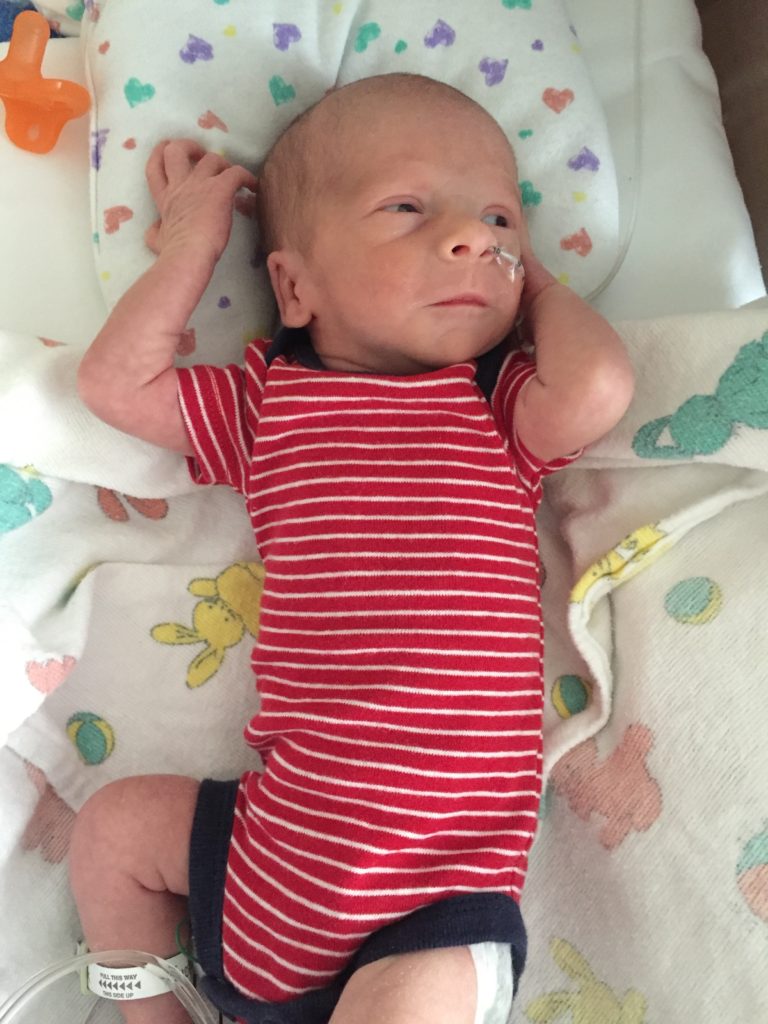 On the flip-side, we got to know several nurses who are extremely talented and compassionate. One of the nurses we regularly had so obviously cared for both the babies, but also the parents. She was very hands-on and when the parents weren’t there she would talk and sing to the babies and make sure they were getting some love. She is an excellent nurse.

My favorite part of the day is snuggling with Ben. While I wish it was at our house and on our terms  and with our blankets and without all of the wires attached to him, I am grateful for the time I get to spend with Ben. Alex loves being involved in his care and feeding him, as well, though he doesn’t get to spend as much time with Ben during the weekdays. It’s really hard having such limited time together and the visiting schedule is tough and leaves us exhausted. 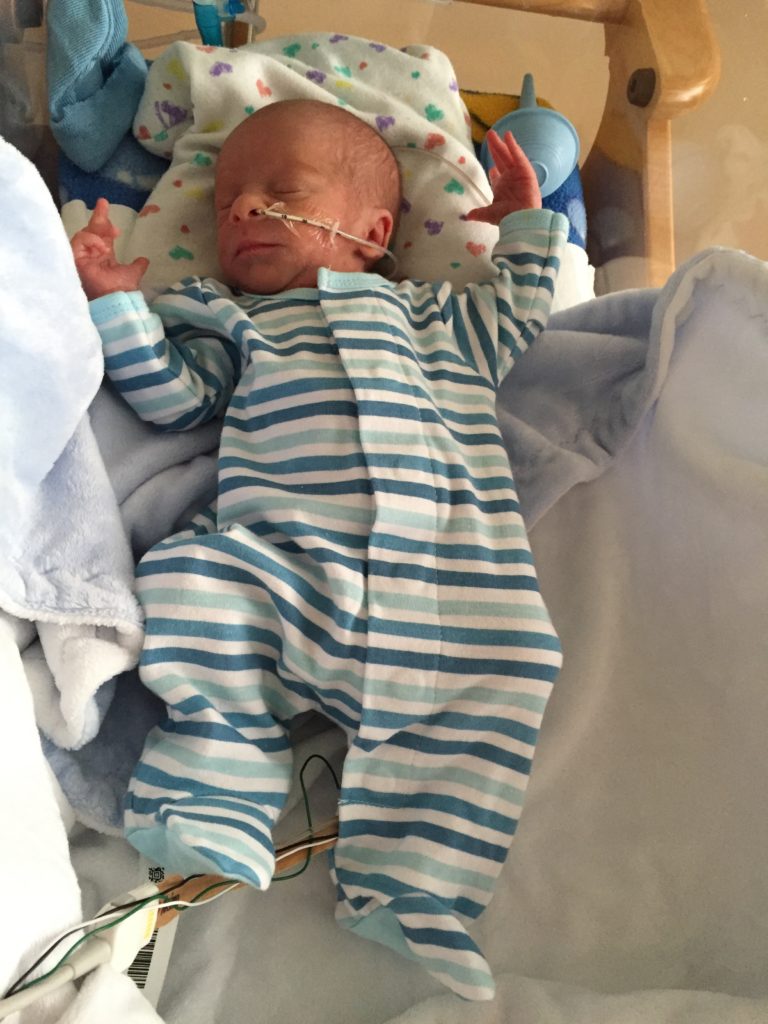 We have to plan our visits around his care and feeding schedule, as well as my pumping schedule, which means I have to be there by 8:15 a.m. {and get on the bus at 7:40 — I’ve been taking the bus because the cost of hospital parking is really expensive and for the first two weeks I couldn’t drive}, and then for our evening visits, we arrive at 8:30 and stay until around 10 p.m. – it makes for some very long days in the hospital. We’ve gotten into a good routine now, but as his feeding plan evolves this week I am positive it will change. 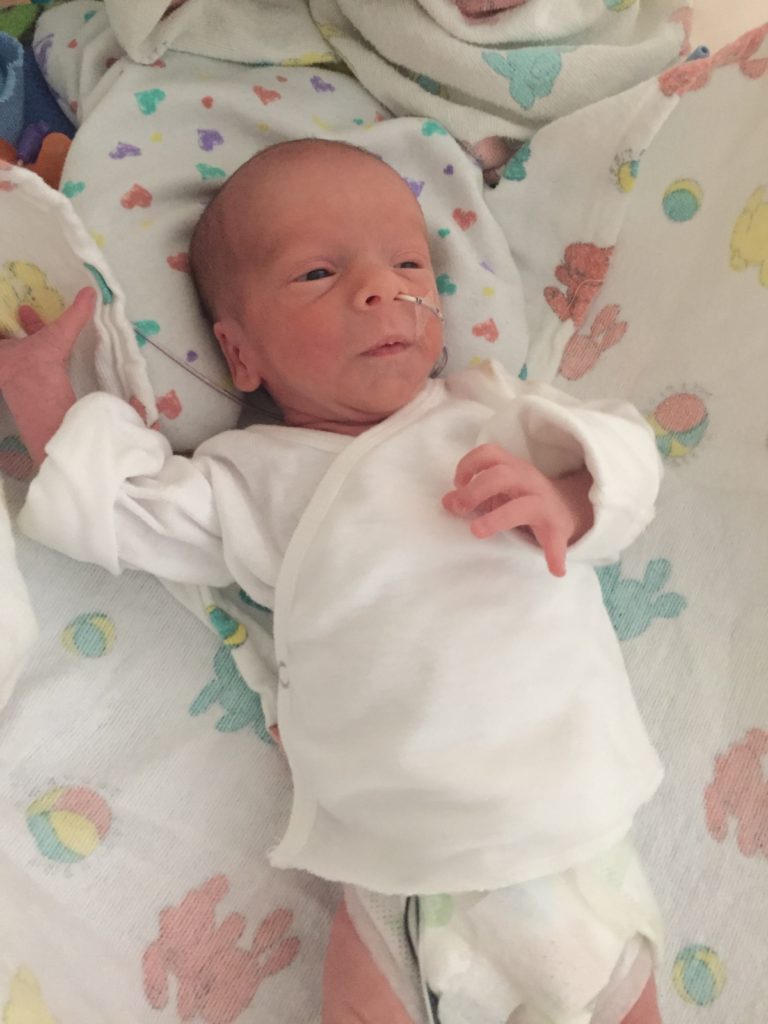 There is constant change in the NICU – we’ve got our primary nurse, who is fantastic, but when she isn’t working we never know which nurse we’ll get, and almost every shift besides when we have our primary nurse, Ben has a brand new nurse who we have never met. It makes it tough to get in a groove, plus each nurse does things differently, has a different schedule and a different interpretation of “the rules” for the feeding plan.

One of the more challenging NICU experiences for me has been Ben’s current feeding plan. I absolutely hate it. It’s a four phase plan, where he has to meet a particular feeding goal each shift for four consecutive shifts, and if he doesn’t “pass” then he has to start that phase over again. We’ve found that some of the nurses are a little more lenient on this than others, but what I hate is that Alex and I are learning how to feed Ben and it’s very, very particular how to feed such a tiny preemie.

I don’t want my inexperience to be what sets him back and makes him have to start the phase over again. I also really want Ben to start learning how to breastfeed, but he’s not going to be able to pass right away, therefore he would have to start the phase again, which delays his discharge, so it makes me not want to try to start breastfeeding him until he comes home. It’s extremely frustrating, makes me crazy and stresses me out. 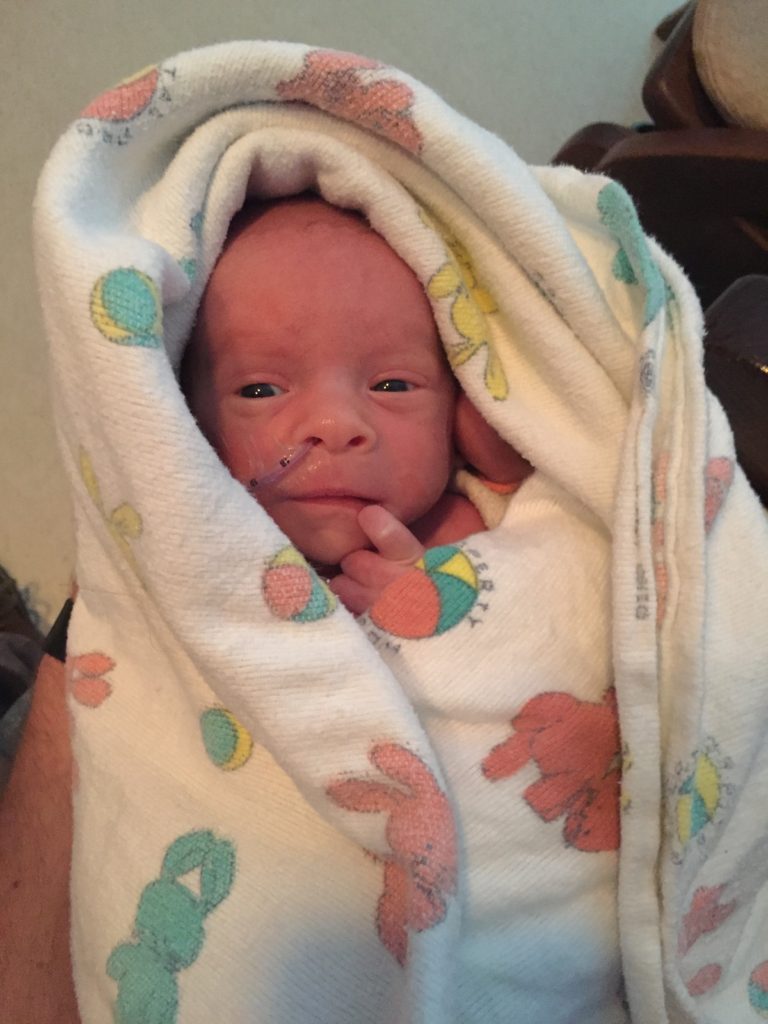 That said, though, the nurses and the occupational therapist have taught us how to feed Ben and it is so rewarding to be able to hold a bottle for him and watch him learn how to take a bottle. He is making progress every day and each time we visit him we notice something new. 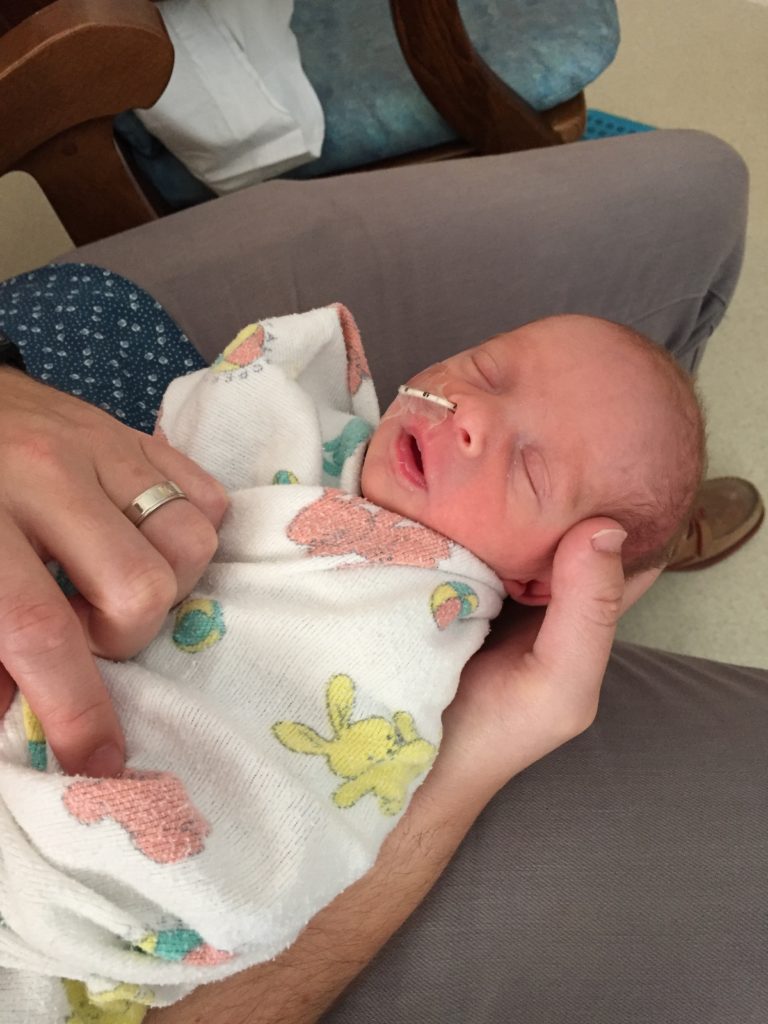 There is so much noise and commotion in the NICU. Each baby is hooked up to a number of monitors that measure their heart rate, oxygen levels and breathing rates. Every time one of the numbers is high or low or has a bad signal the monitor goes off and beeps. Instinctively we’ll jerk our heads to look at the monitor and look to see if it’s Ben having a “brady” {heart rate drop} or a “desat” {desaturation in his oxygen} and thankfully it’s rare that it’s Ben. Basically it’s constant beeping in the NICU and after we’re done in the NICU if I hear those beeping sounds I’m sure it’ll trigger my hospital memories.

While it’s tough to go through this, I have a feeling we’ll come out on the other side and remember it as a little blip on the radar. We’re also really, really lucky in so many ways about our situation — Ben was never sick and there was never anything wrong with him, he just needs to grow and learn how to eat. We consider ourselves fortunate for how easy we have the NICU situation compared to others.

Overall, it has been a pretty surreal experience. There’s this adorable little boy who I gave birth to and who we’re crazy about and think about and talk about constantly, but it feels like we only have visitation rights to go see him every day and be sort of involved with his care and day-to-day life, but then we go home without him and come back later to visit again. It’s really, really strange.

Ultimately, Ben is receiving really terrific care and has a team of experts working to make sure he grows and learns how to eat and is really ready for life at home before they release him to us. We are extremely grateful for the medical team and most of them have made the NICU time easier. We’re starting to see the light at the end of the tunnel and think he’ll be home before we know it.