We just returned from our annual pilgrimage to Leavenworth, Washington for their Octoberfest celebration. This is our third year taking this trip and we keep saying every year we get better and better at it. For sure this one was the best! 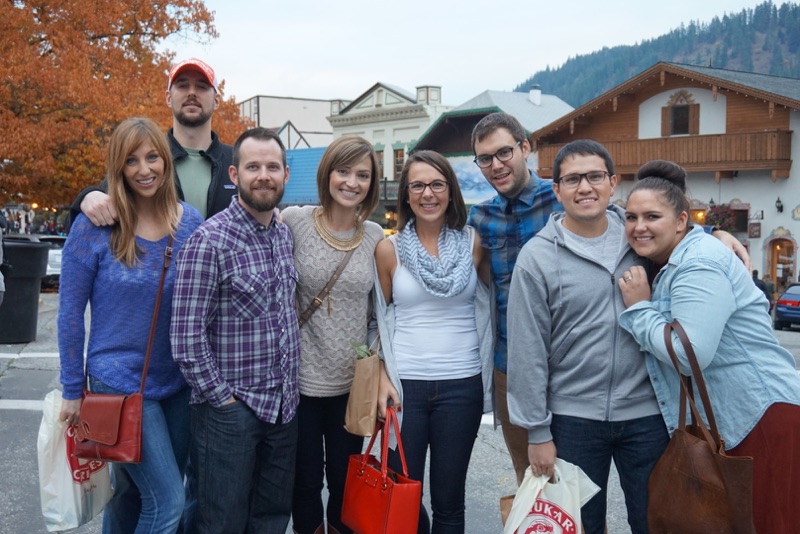 Our group changed a little bit from the last two years. This year we had Dave and Trish and their little dog Louis with us. We really enjoy the Hilliards {and loved meeting Louis!} and they were a welcome addition. We stayed in the same rental house as we did last year. This house was perfect for us – it had four bedrooms, a fenced in yard for the three dogs, a hot tub, and a really open kitchen/living area. Alex and I stay in a lot of vacation rentals and we really enjoy doing that, particularly with big groups of friends because then we can all help prepare meals and spread out and just spend more time together.

One other thing that we modified from years’ past is that we all left Seattle by 1:00, which got us to the rental house by 3:30. We practically had another day there, it felt, because in the past we have always worked a full day and then headed out, fought traffic and arrived closer to 8:00.

The drive was simply stunning. The drive on highway 2 through Stevens Pass is always beautiful but with the bright yellow and orange leaves popping out all over the place against the backdrop of the rocky terrain and the river it is just breathtaking. In retrospect I should have stopped for a few photos…

Since we all arrived so early on Friday we had a lot of time to catch up and hang out. Alex brought his famous new shot ski, so we took shots of wine, beer and/or water. No one brought hard alcohol or anything particularly good to take a shot of, so we had to be creative just to put the shot ski to good use! 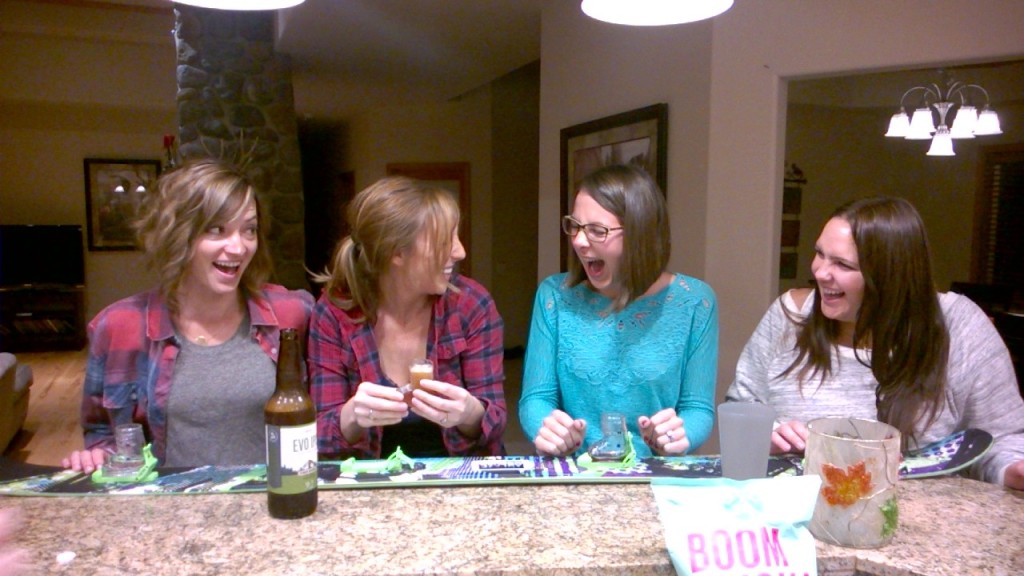 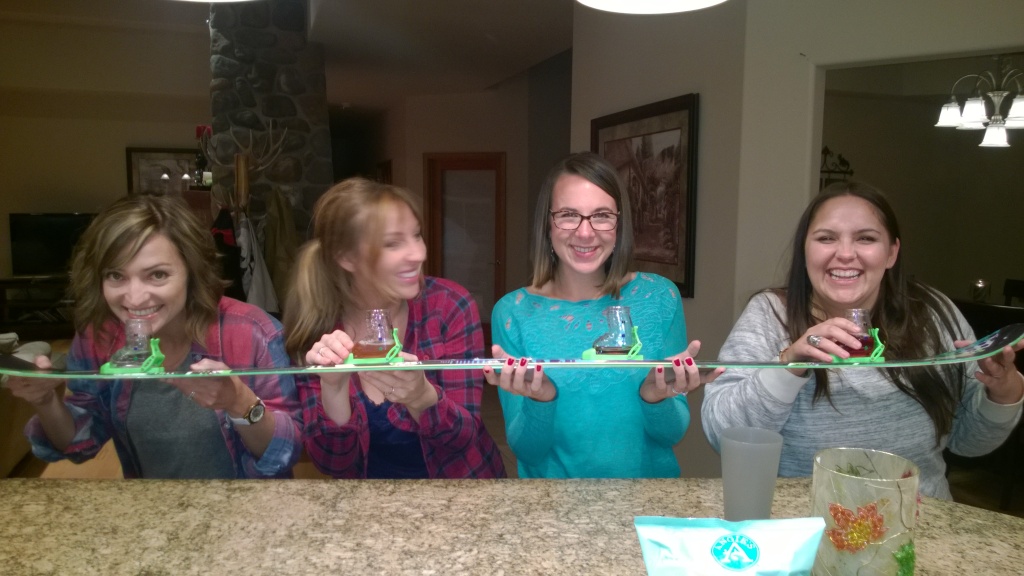 Saturday was our big day in the town of Leavenworth. After a delicious breakfast and leisurely morning we drove into Leavenworth and parked ourselves at a table and ordered sausages, pretzels and giant steins of beer {well, the boys drank the beer…}. Carrie, being the studious student she is, took a couple hours to herself to go study for an upcoming nursing school test she had, so Trish, Mary and I walked around some of the shops.

We popped into several wineries and did some tastings, we also did some olive oil and balsamic tastings, along with chocolate tastings. Needless to say we had our fair share of sugar! Leavenworth is such a cute town and it is just oozing with character on its own, but several of the shops are just adorable, so we had a great time dropping into them. 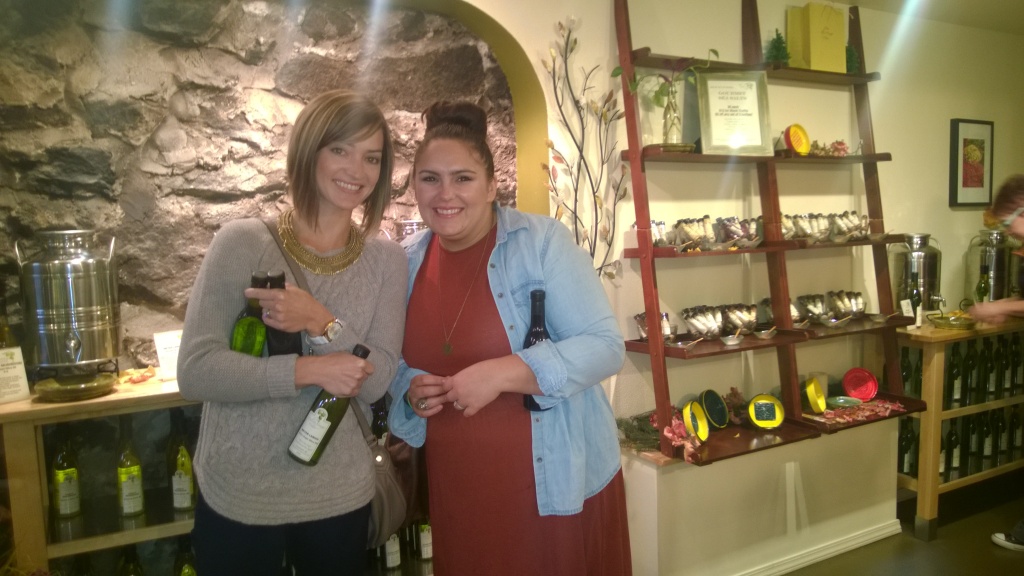 While we were doing girlie things the boys were drinking more beer and then they found a random mini golf course, so they did some putting and hanging out. All in all, it was a great afternoon spent in Leavenworth. The weather held out and didn’t rain and we had a really fun time exploring some parts of the city that we had previously missed. 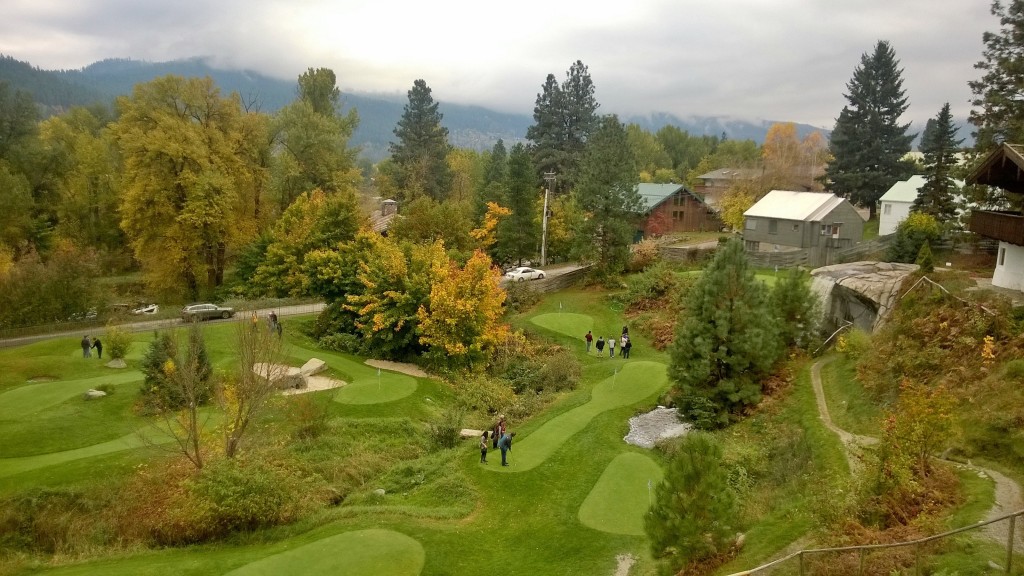 We got back to the house just before dark and Carrie started to whip up our feast for dinner. We spent the rest of the evening eating, chatting and playing The Game of Things before retreating to bed.

The last day of a vacation always seems to be one of the hardest. You know it’s coming to an end but you want to savor the rest of the trip… I made breakfast on Sunday and we were able to relax and read by the fire. Because we got a late check-out, Mary led a pilates class for 5 of us in their bedroom. I asked her to take a picture and she told me to take a mental picture, so sorry that I can’t provide a humorous image of 5 adults doing pilates in a very small space. It felt amazing to get a good stretch in after our fun weekend and before our drive home.

Thanks Millers, Buffingtons and Hilliards for the best Leavenworth weekend yet! Here’s to an even better one next year…