To celebrate our fourth anniversary, Alex and I headed east to Washington wine country this past weekend to enjoy a little getaway together. It’s a quick 2.5 hour drive over the mountains to Yakima, which is where Washington’s wine country begins. We have been to Yakima several times so we’re familiar with the lay of the land, but even so, we were looking forward to trying some new places.

Yakima is basically the gateway to Washington wine country. From Yakima to Walla Walla, which is right on the Washington/Oregon border, there are vineyards as far as the eye can see. Most people either go to Yakima or Walla Walla since they’re about 2 hours apart, but we were also turned on to a town in the middle of them both called Prosser, and it seems like that’s a town where you can stay and walk to more wineries.

There are a few tasting rooms right in the heart of Yakima but most of them are outside of the city. Our agenda had us going to Zillah, which is one of the next towns and about a 20 minute drive away.

We hired a driver to take us around to the different wineries. It goes without saying that it is the smart, safe choice, but it also makes it more relaxing to not have to worry about driving. Plus, Cindy knows what’s up and she’s well-connected within the wineries. We had hired her on a previous trip so it was nice to see her again and she definitely remembered us! 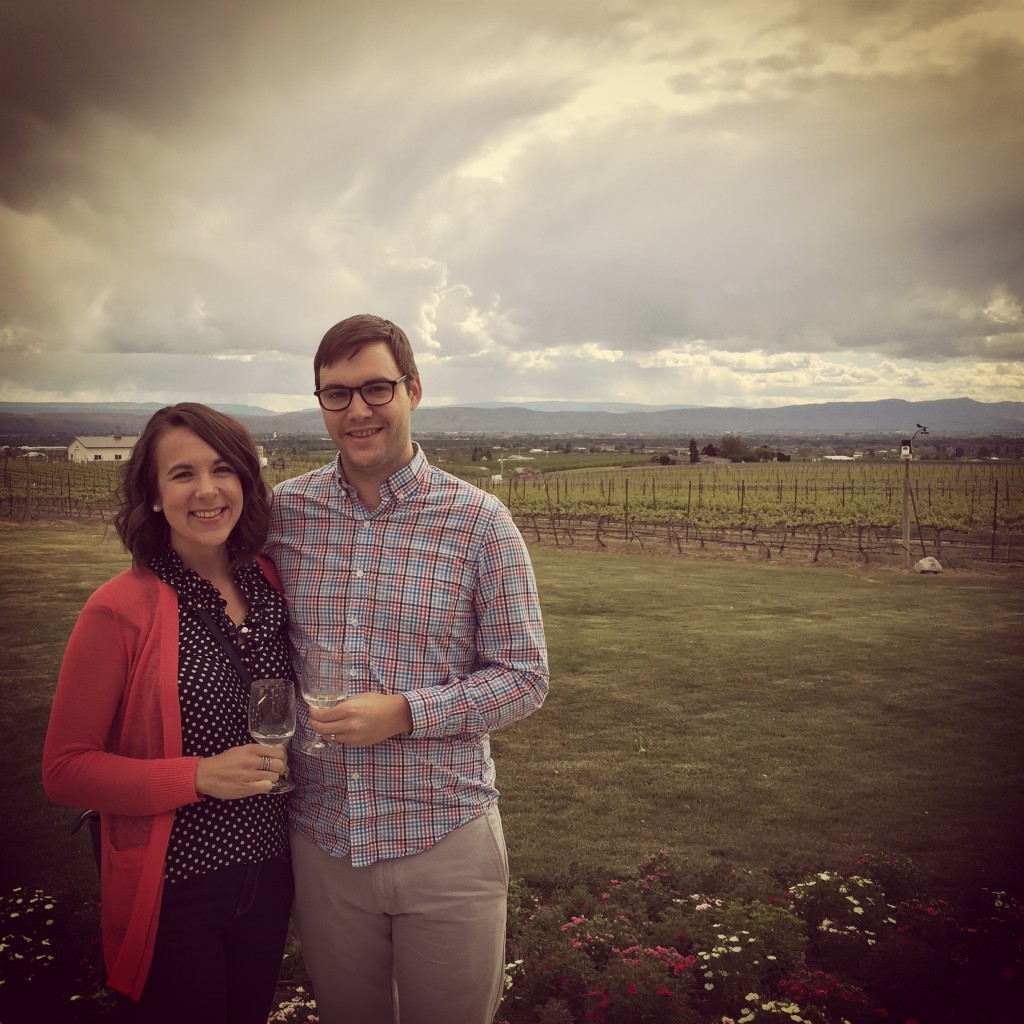 The weekend we set out for Yakima is apparently the busiest weekend all year – it’s the spring barrel tasting weekend in the whole area. We were really excited for the hoopla and to get back to Yakima.

Our first stop was Owen Roe Winery, which we had never been to before. This winery is quite substantial and was offering ten different tastings! Most wineries offer more like four or five. We weren’t super impressed with most of their wineries, but nonetheless, we had a great time checking out the vineyard and the view.

From there we went to J Bell Cellars, another new winery for us. We were very pleased with the wine at J Bell! They had a food truck set up there, so Alex got some ribs and beans {perfect pairing to wine, right?} while we enjoyed our first taste, which was my favorite of the day {riesling, surprisingly!}. 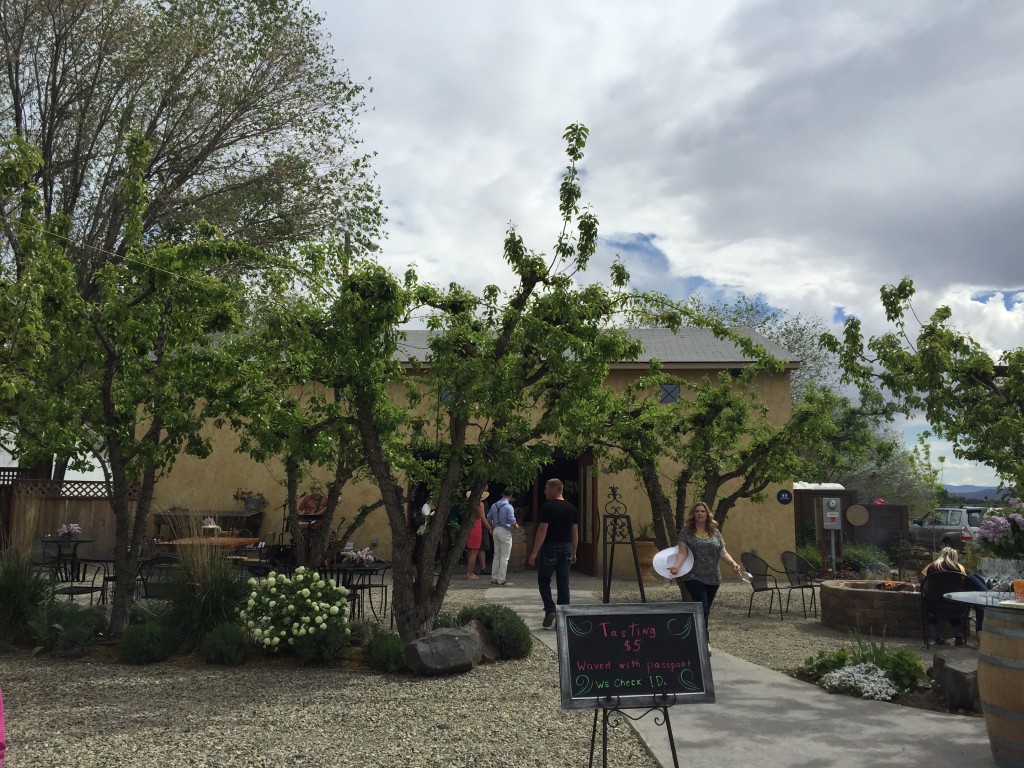 My second favorite of the day was actually their barrel tasting, which was a merlot. It was SO fantastic. I always think of barrel tastings as drinking wine prematurely, but this wine was ready to go now. It had been hanging out for 30 months and they’re letting it go for about 6 more months. I can’t even imagine what it’s going to be like then! 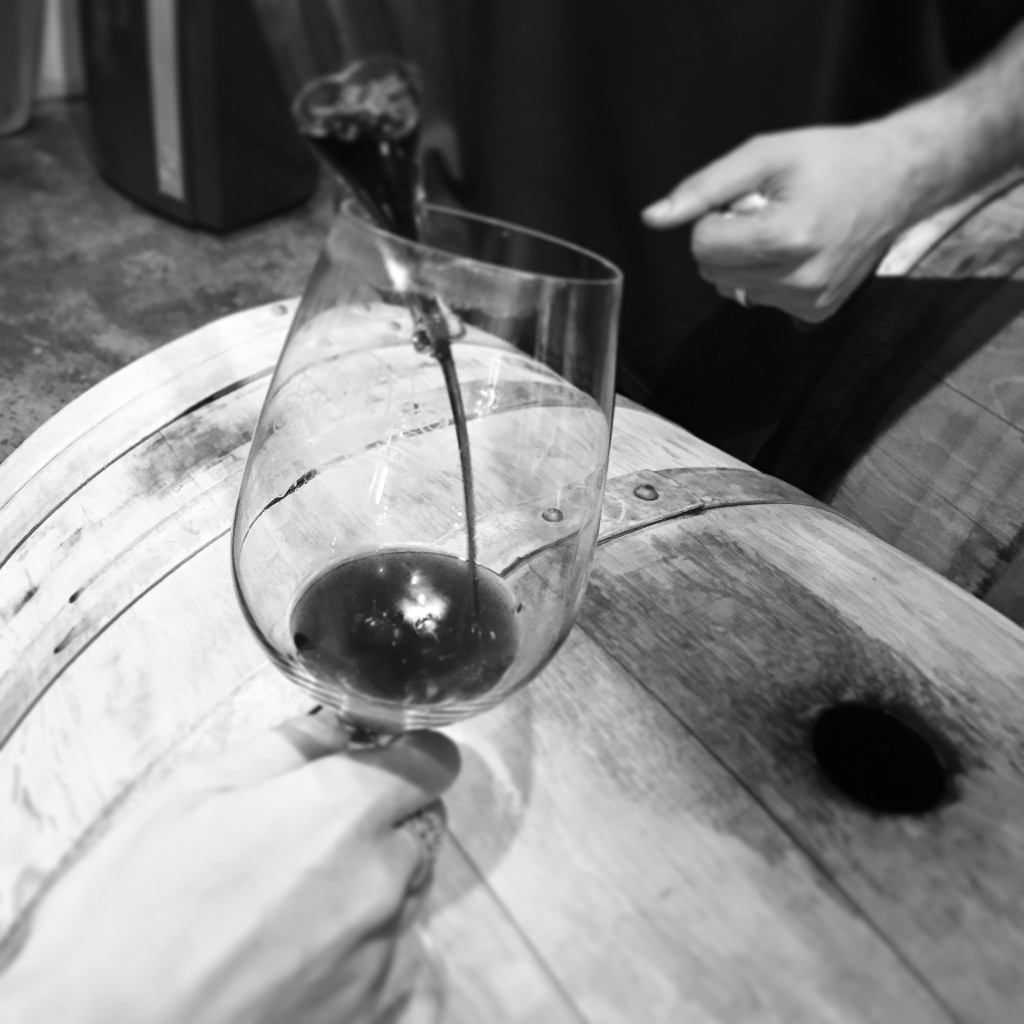 The third stop on our tasting tour was at Cultura, which is probably our favorite winery in existence. We are wine club members at Cultura and absolutely love, love, love, love, love their wines. There’s really nothing else to say, other than I ate a fantastic hot dog here, too. 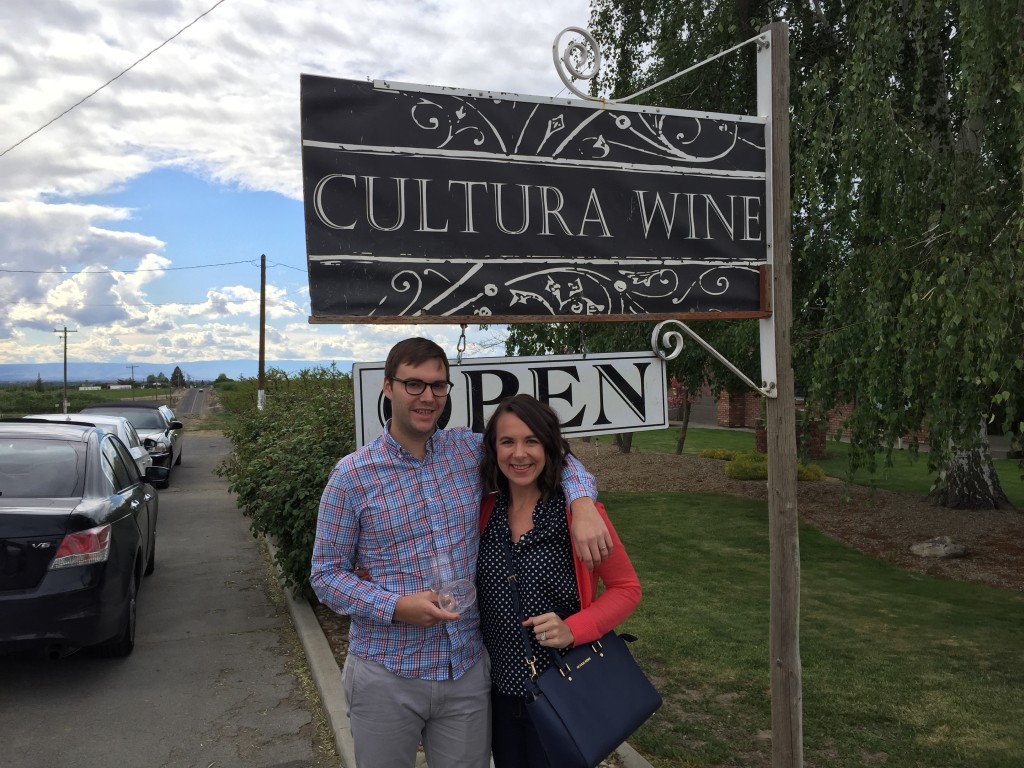 Our final winery for the day was Dineen Vineyards, which we had also been to before. Dineen has one of the nicest properties and views of the valley. And they also know how to make a great wine! We enjoyed chatting with the winemaker and also the chef. 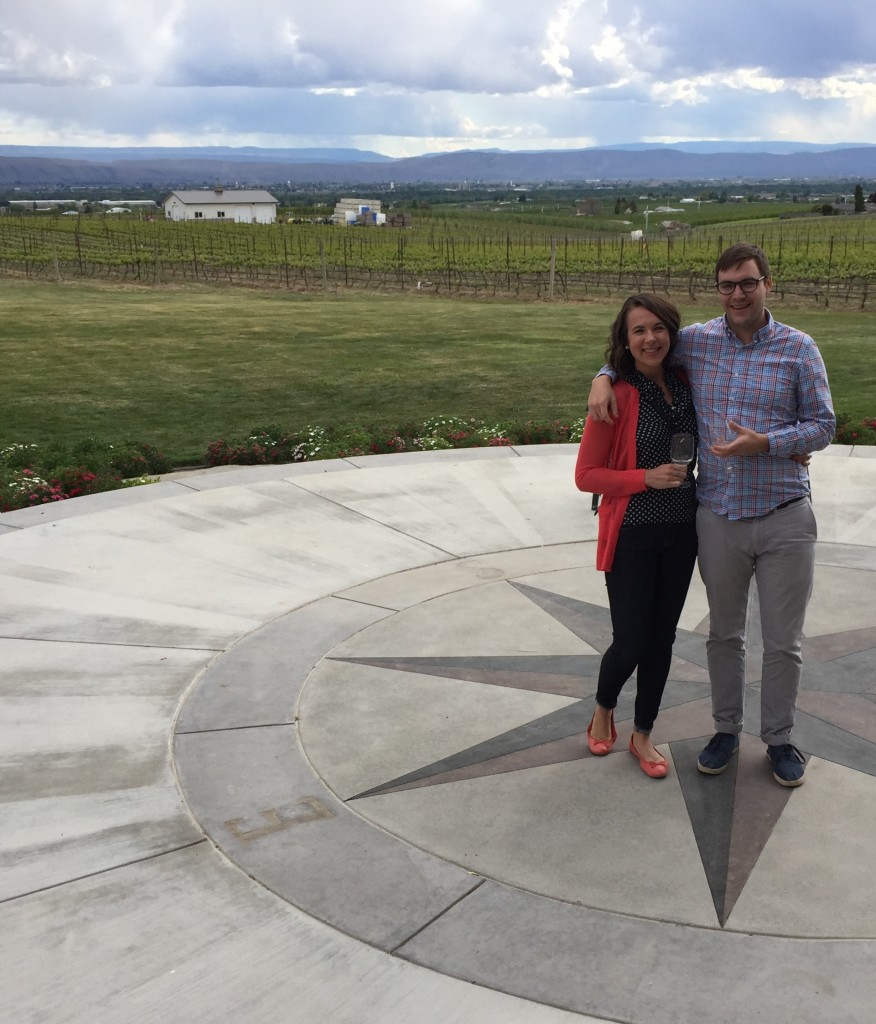 The day went by so fast. After our last winery stop it was time to head back to the hotel and actually get checked in. We hung out in our hotel room for a bit and then moseyed our way down the block to Cowiche Canyon, a new restaurant in Yakima. We loved this new spot! Yakima is not known for it’s food scene, but this restaurant could definitely change that. We were so impressed and had a fantastic dinner. We shared deviled eggs, a bahn mi sandwich and chicken tortilla soup. Kind of a random melange but neither of us was particularly hungry after eating ribs and a hot dog in the middle of the day. 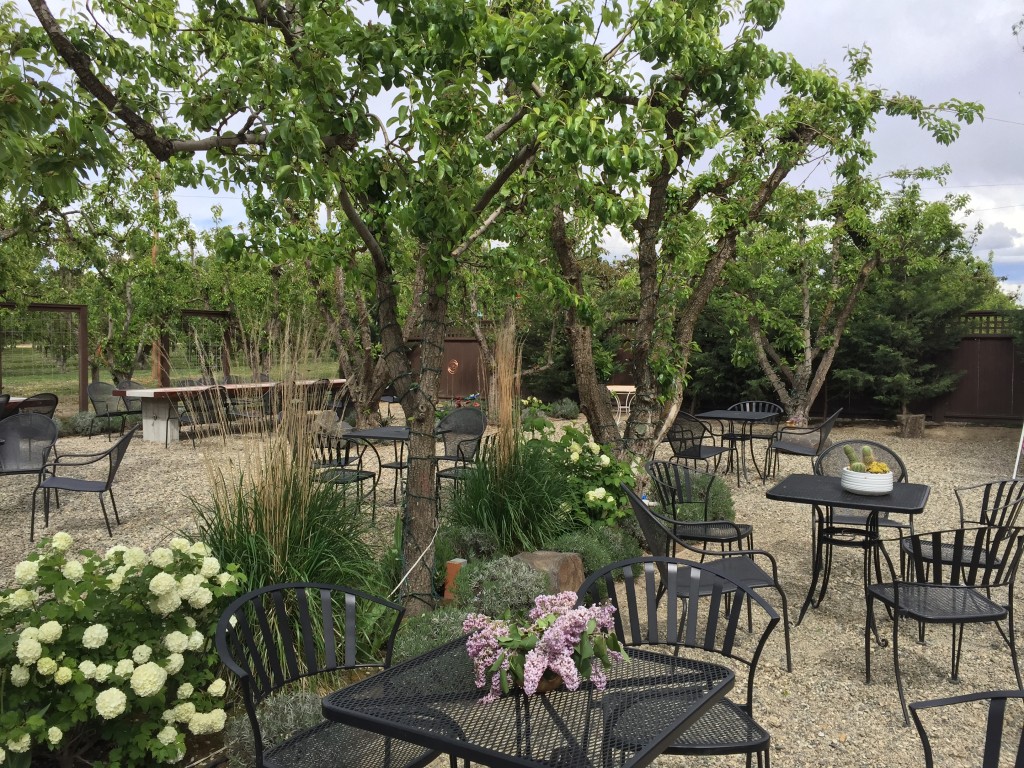 We really had a fantastic day. It went by way too fast, but we got up early on Sunday, thanks to our east facing room, and hung out in our hotel room before heading out. There was still one more winery we wanted to visit, but we needed breakfast first. I found a quaint little B&B that allows outside guests to come for meals, so we headed to White House Cafe for a delicious breakfast. It’s a very kitschy spot but the food was awesome. 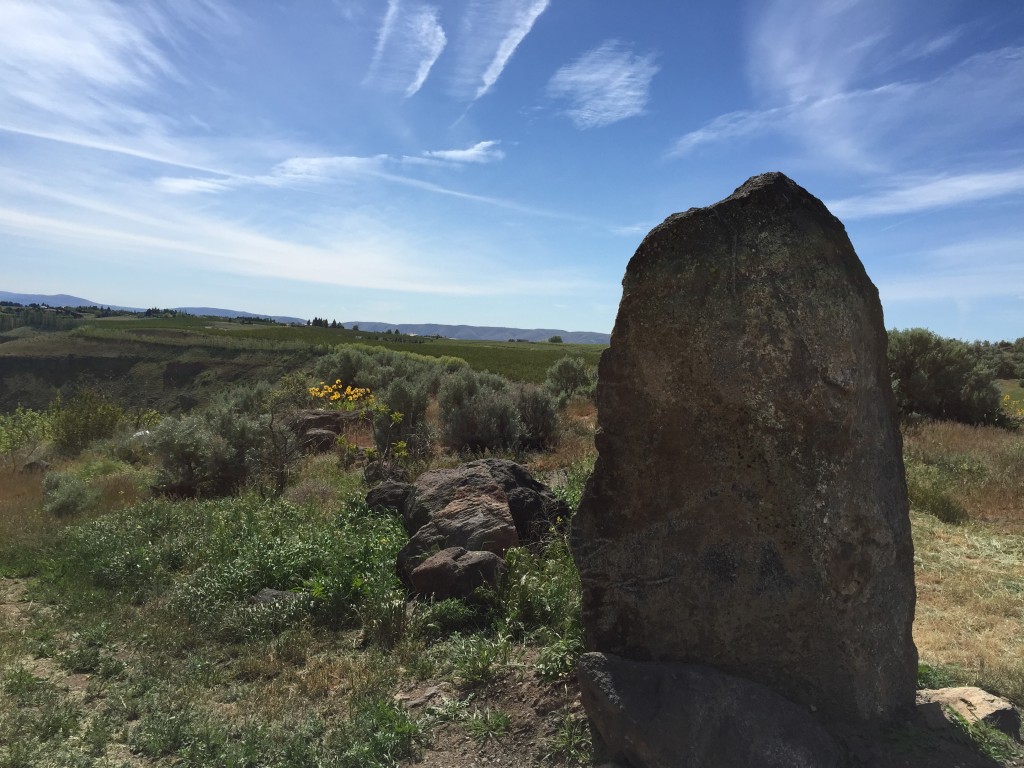 Naches {pronounced nah-cheese} Heights Vineyard has been high on our list of wineries to try for quite some time now, but it’s sort of off in its own area and it’s not that conveniently located, so it took us a while to get there. We made it happen this time, though, and boy were we glad we did. They were pouring at least 13 wines and we enjoyed just about every one of them, particularly the whites. The best part was that they are very reasonably priced.

After a weekend filled with wine and time to relax together it was time to head home. We had such a great time recharging the batteries and enjoying each other’s company. While we do our fair share of traveling it is quite rare for us to take trips just the two of us. Our fifth year of marriage will be a year where we focus on us and really make sure to take time out to travel together {just the two of us!}, enjoy date nights out and make our marriage and each other our top priority. We have a lot to look forward to this year!