After spending more than three weeks in Europe the time had come to visit the last city on our stopover. We spent our last two days in Europe in the heart of Amsterdam and we were pleased to find that we saved one of the best for last. 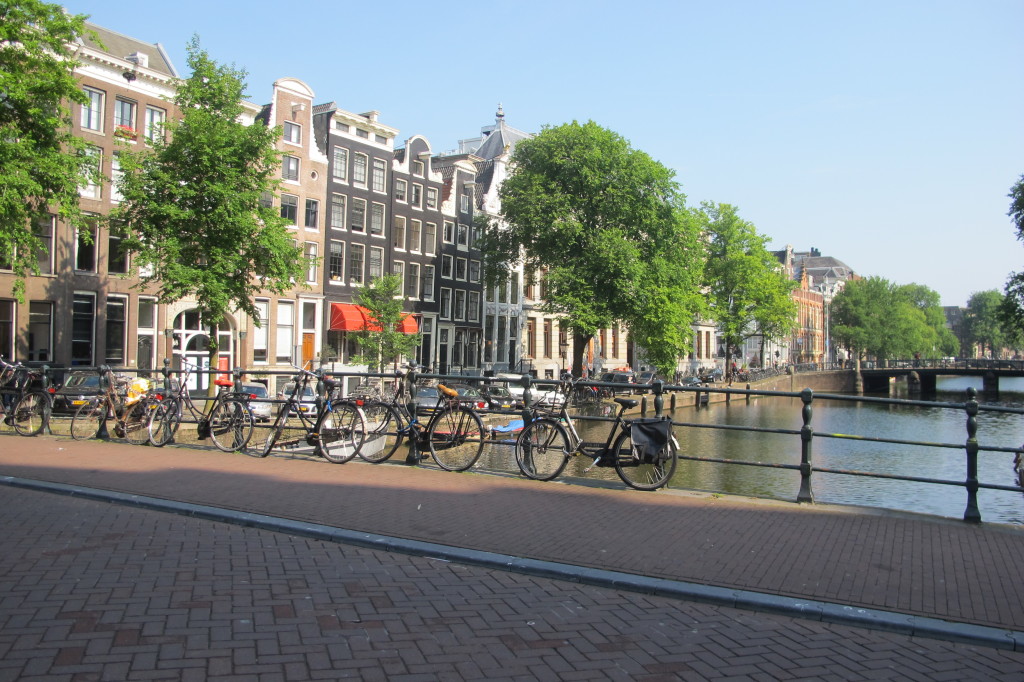 Even with really crummy, rainy weather we both quickly began to adore Amsterdam. 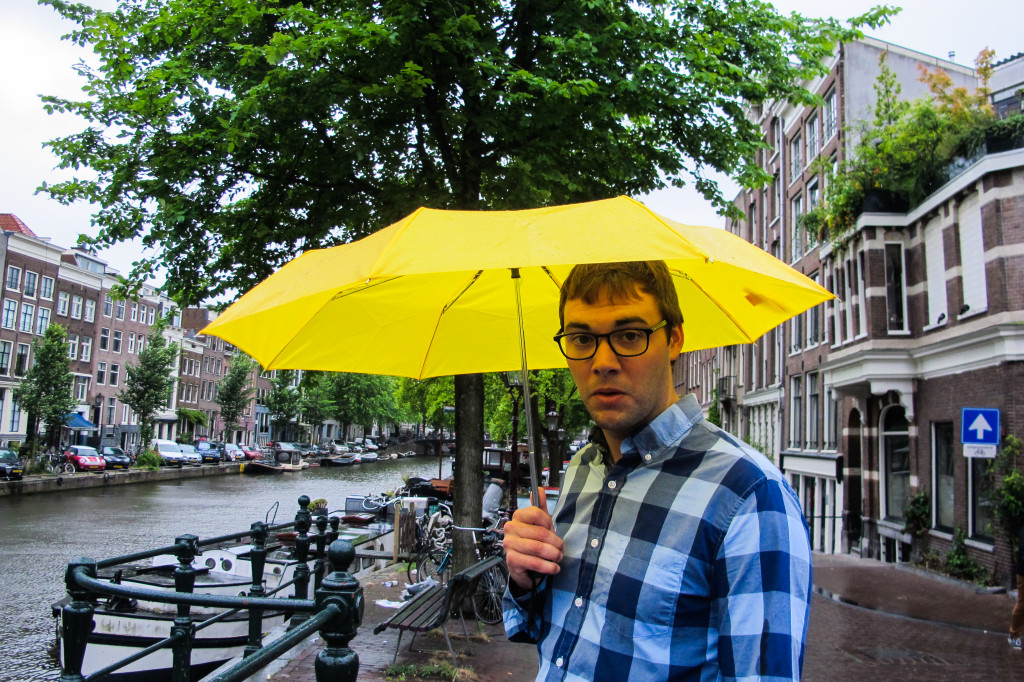 Similarly to how we felt in London, the culture and architecture feels so different in Amsterdam than it did anywhere in Europe.

The city center is built in a horseshoe shape based around five canals. Many of the buildings have brick facades that have been painted over, mainly in rich, dark colors. I really am not sure how old the buildings are, but some were noticeably sinking and leaning on their neighbors, so I am guessing they’re pretty old. 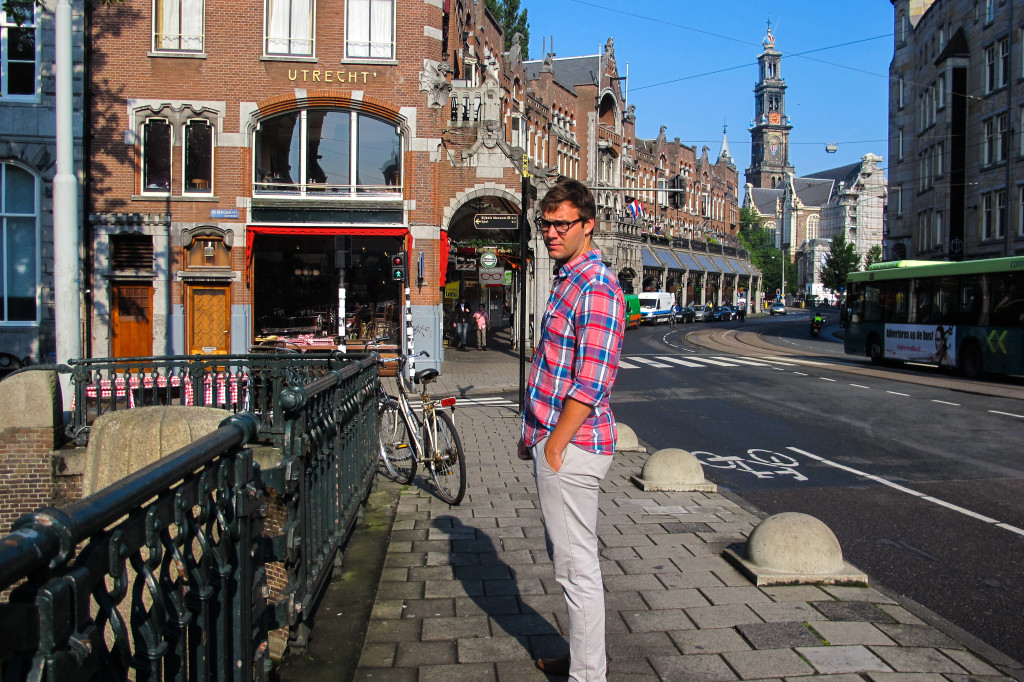 Nearly all of the buildings are residential with some having a restaurant or small shop on the street level. There are no skyscrapers or large companies {save for H&M and other retailers} in the city center. This keeps the feel of the city pretty quaint and quiet and helps it not seem like a huge city, which with a population of only 700,000 people, it really isn’t.

We felt safe across the city and were amused to see for ourselves how Amsterdam has taken the pragmatic approach to dealing with prostitution and marijuana. Everything blended together and nothing really seemed taboo in Amsterdam. 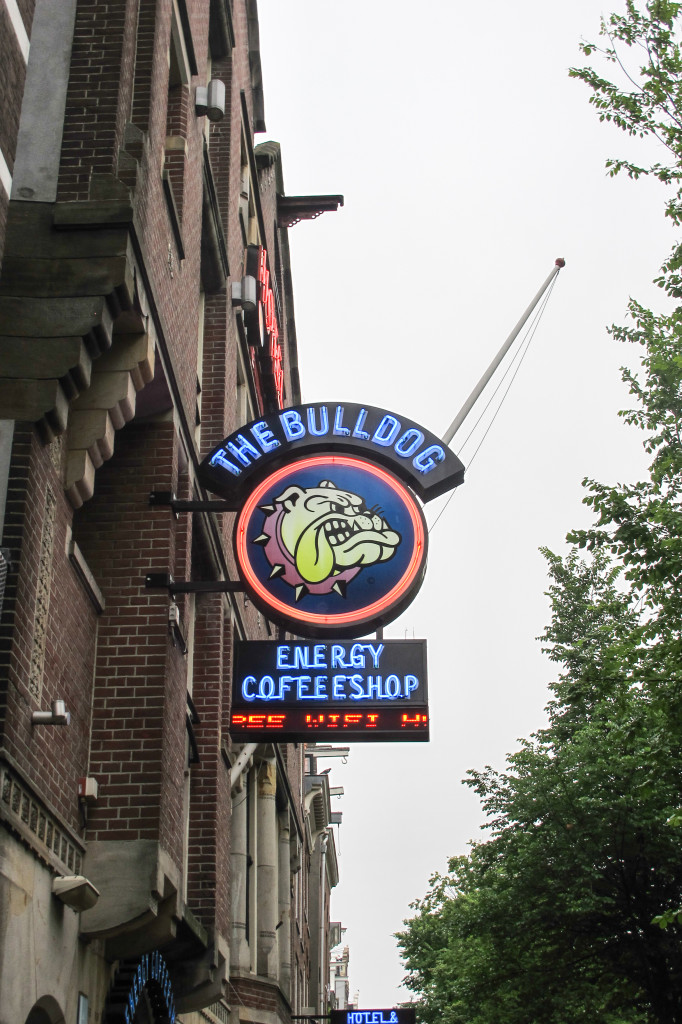 We had one of our best hotel experiences in Amsterdam, as well. We stayed at Hotel Estherea in the heart of the city, located on one of the canals. The building is extremely old {Alex asked and the receptionist replied that “indeed it is very old sir” so that’s the best we could get} and beautifully decorated and maintained. We would definitely return and recommend it. 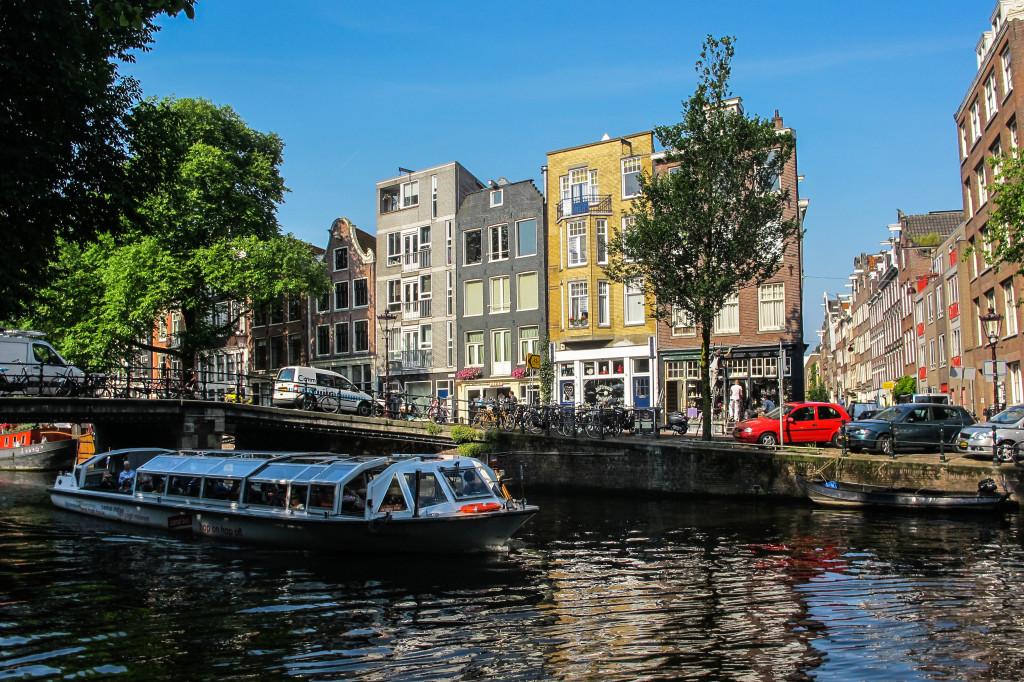 Since we were there for such a short time and the weather was so dismal we didn’t have much of an agenda. We spent most of our time huddled under our umbrellas trying to stay dry as we walked the streets. Other than walking through the Red Light District and Vondel Park the only big thing we did was go to the Van Gogh Museum.

On our last evening in Amsterdam we got to watch the World Cup game between the Netherlands and Argentina. We went to a bar near our hotel and thankfully arrived early, scoring ourselves great seats, but only were able to stay until the half because the smoke was driving both of us crazy. Even though they have to label packs of cigarettes with “Smoking Kills” we don’t think that Europeans particularly care, as everyone still smokes somehow. I digress. In any case, we now know that Argentina went on to win that game in a shoot-out and go on to the final against Germany. 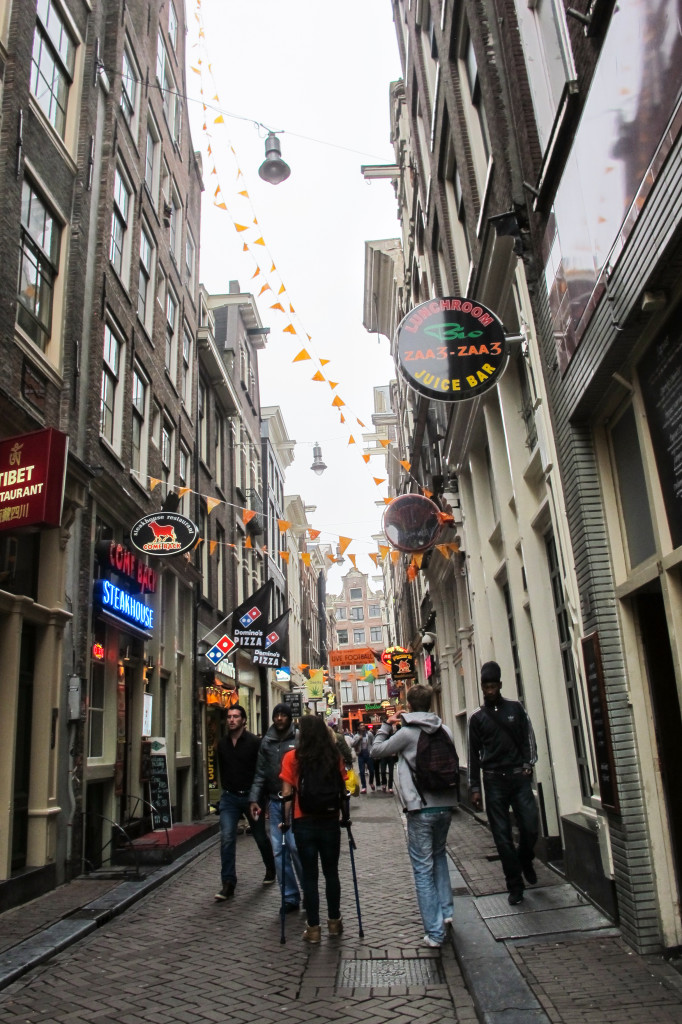 Finally on our last day, of course, the sun came out and gave us some better light for snapping some photos. We enjoyed our morning just strolling through the city, watching the “traffic” {bikes, bikes and more bikes} as we overlooked the canal. We loved that morning and were very bittersweet about leaving our final European city to make our way back to the U.S.