This was Ben’s second Halloween doing trick-or-treating. In Seattle it’s really common for kids to trick-or-treat in the neighborhood business districts – many of the local shops, restaurants, banks and other stores open up their doors and hand out candy for the kiddos. It’s pretty neat and it really draws a crowd. 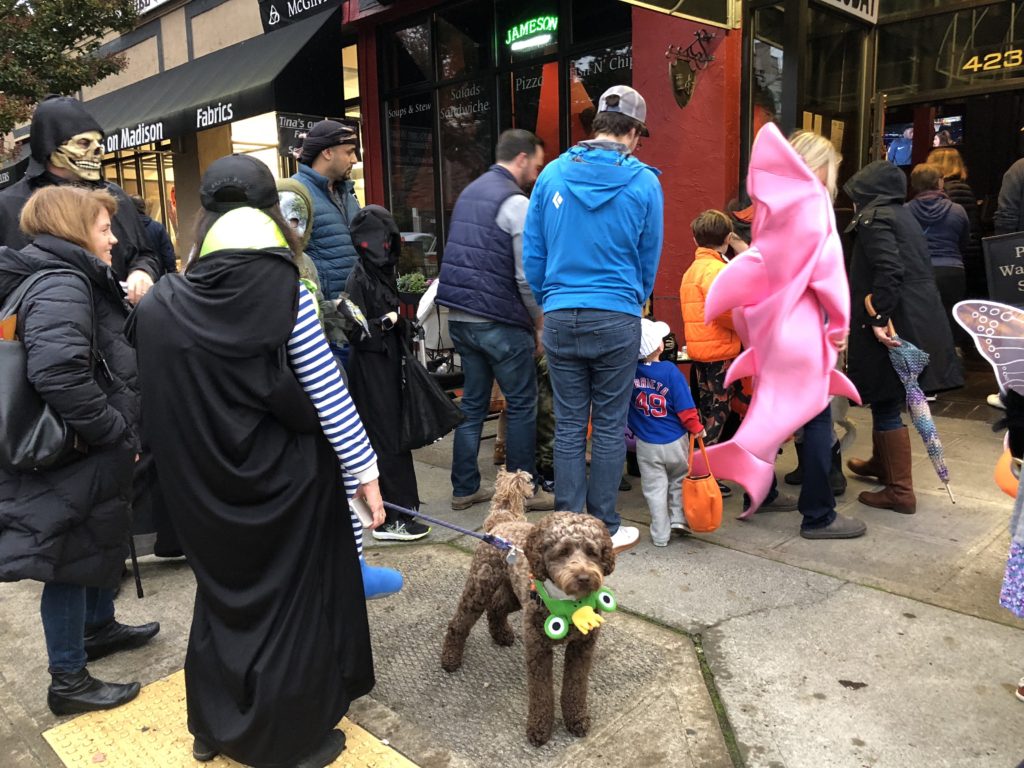 Like last year, we did trick-or-treating in our neighborhood and then went to Madison Park, a slightly bigger neighborhood just to our north. This is the neighborhood of one of Ben’s schools and they have a cute little Halloween photo booth set up for families.

At the first few stops this year Ben was very shy about saying “trick-or-treat” {we practiced about a thousand times today!} but once we got to Madison Park and he saw more kids taking candy he got the hang of it. 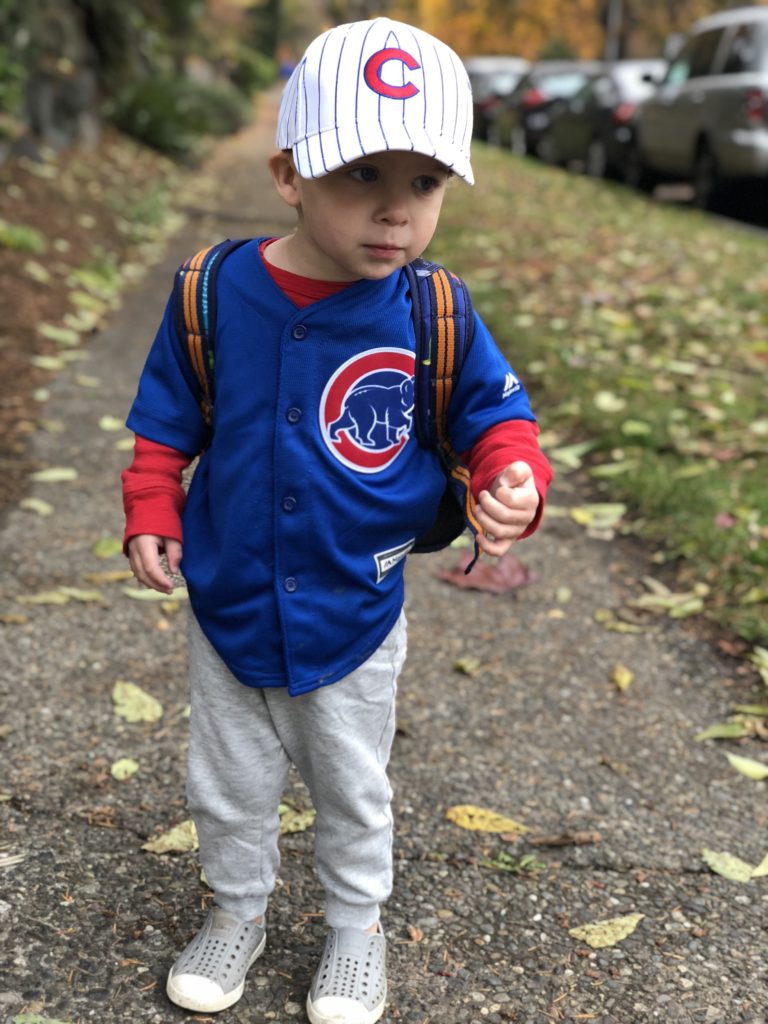 It was really fun to see how excited Ben got about the other kids’ costumes. He wanted to go give everyone a hug – even the kids in the “scary” costumes, which Ben didn’t think were scary at all. 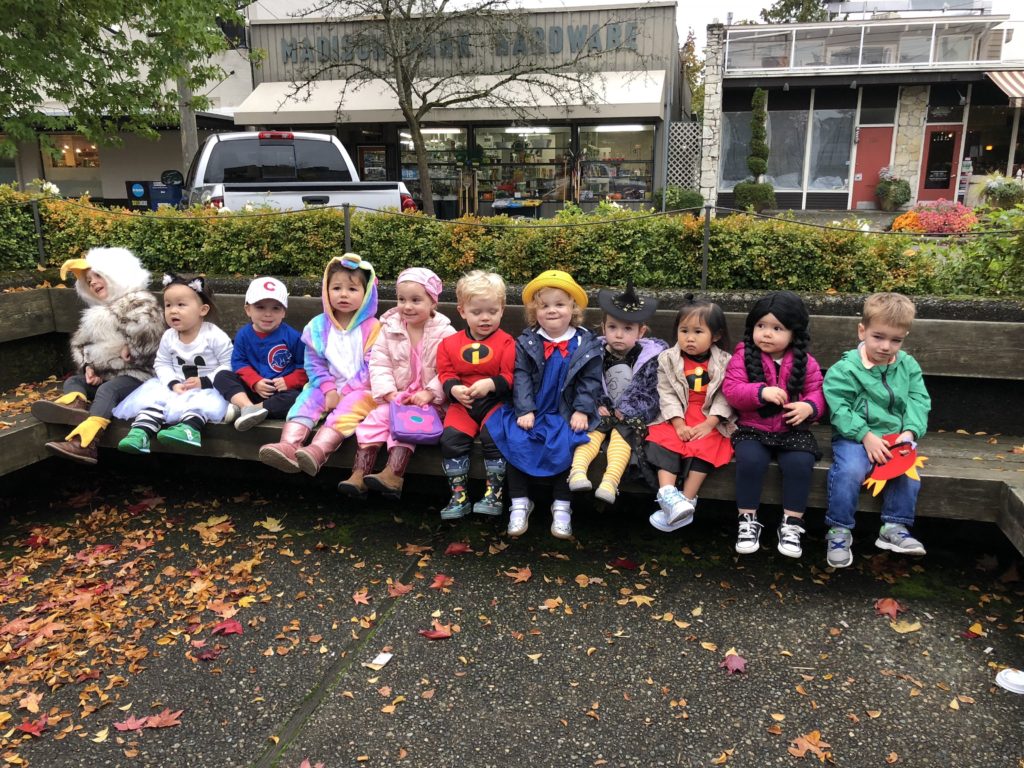 Ben had a Halloween party at his school today and another one yesterday at his other school. He got to partake in a lot Halloween festivities over the last week as a build up to the big day. 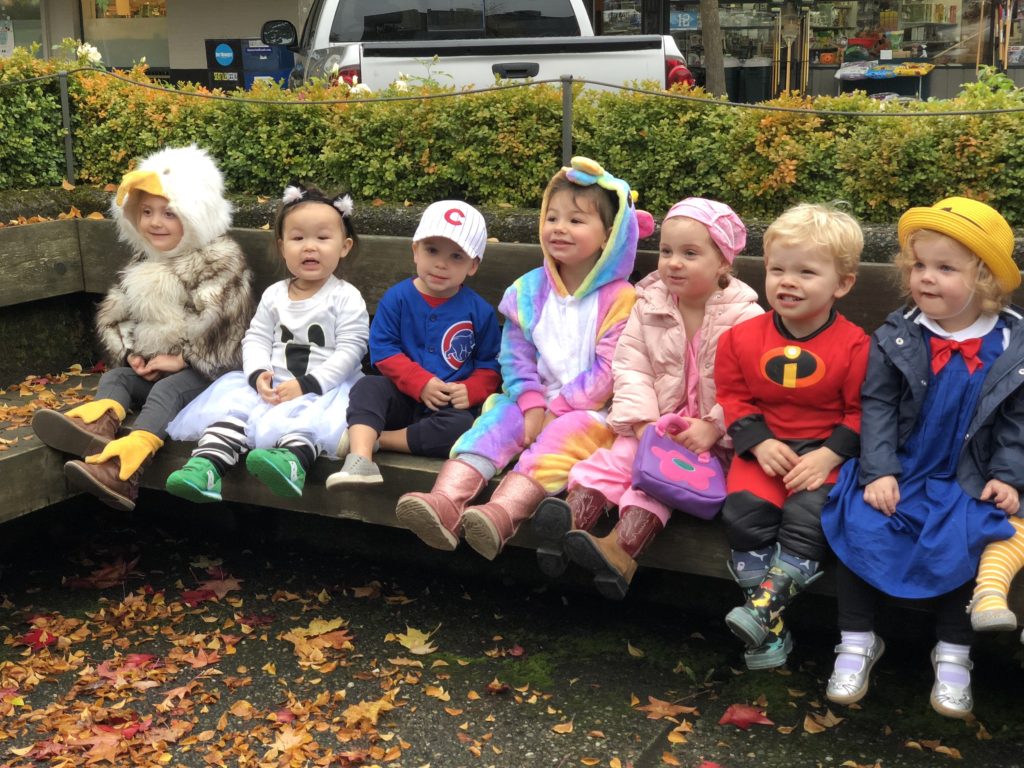 Candy isn’t really something we do much of in our house. We’ve started incentivizing having accident-free periods of time and on occasion he’ll get some M&Ms as a “special treat,” but otherwise, candy is still mainly an unknown, so he really didn’t know what he was getting when he was picking out candy while trick-or-treating. We let him have two pieces of candy, but one of his selections was an Almond Joy and he feels the same way about them as I do, so he only ate one piece of candy. 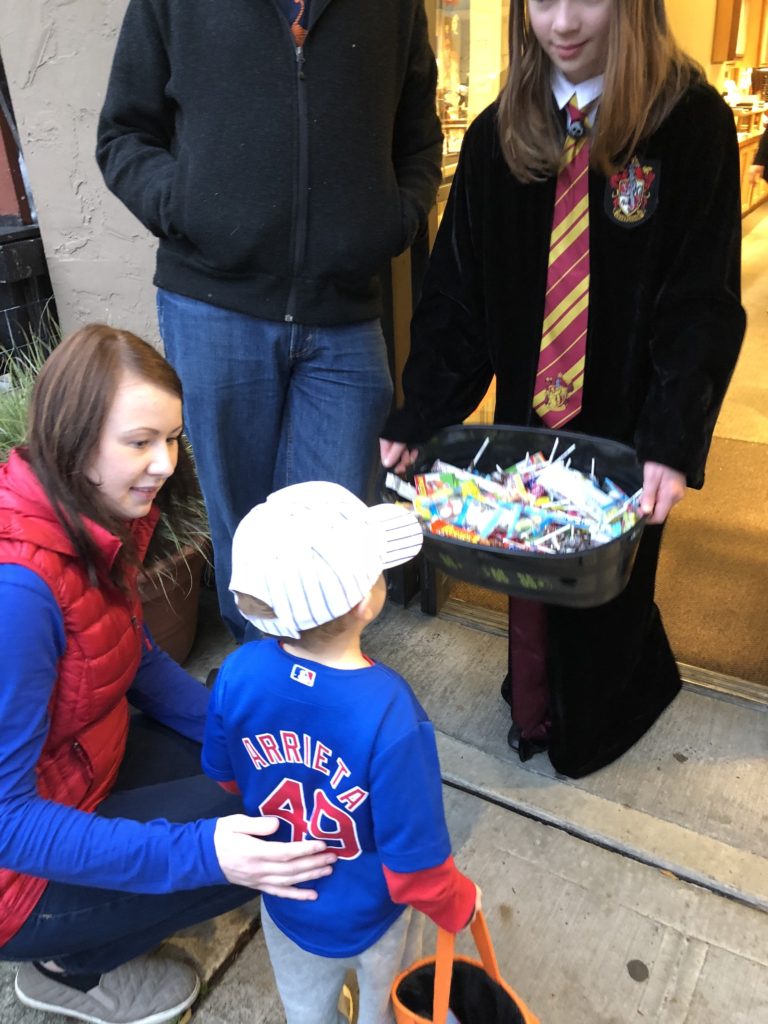 All in all, I think Ben had a really fun Halloween and Alex and I really enjoyed seeing him “get” it this year – what a fun experience! Next year he’ll get to share it with Hannah too. We will need to step it up in the creativity department too 😉