We had a big Halloween this year! Ben dressed up as an adorable little monkey and we went out on the town… 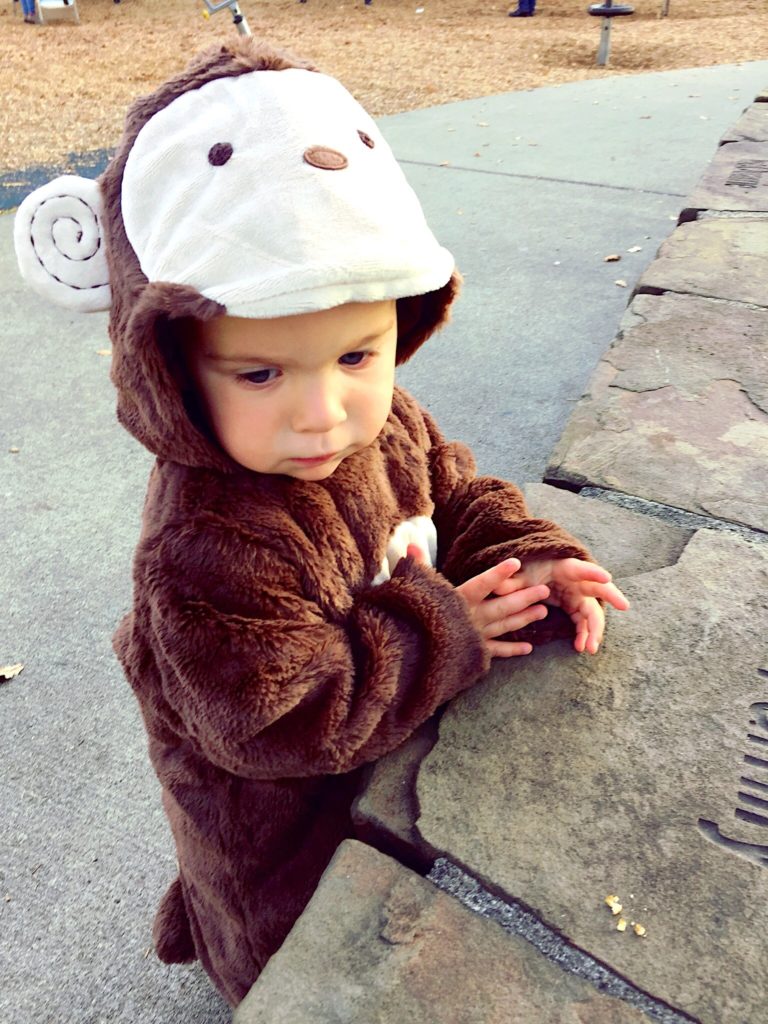 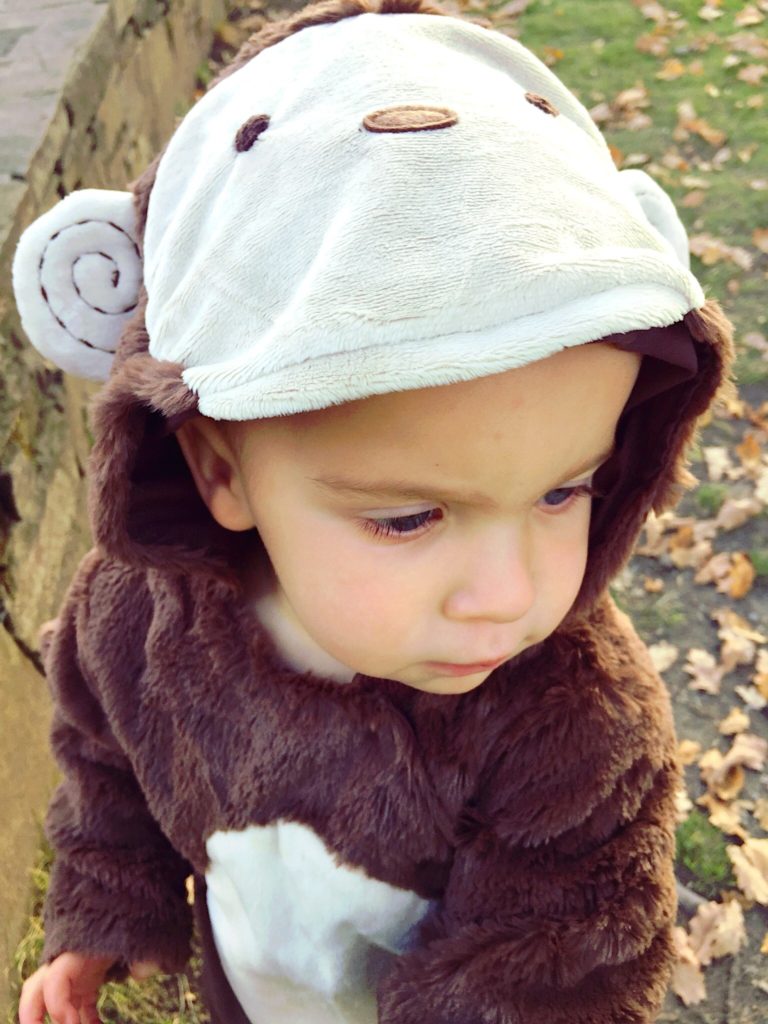 Throughout the week of Halloween I think he wore his costume about 5 times, so it got plenty of use. Aside from the adorableness of his costume, it was super warm and toasty, too. 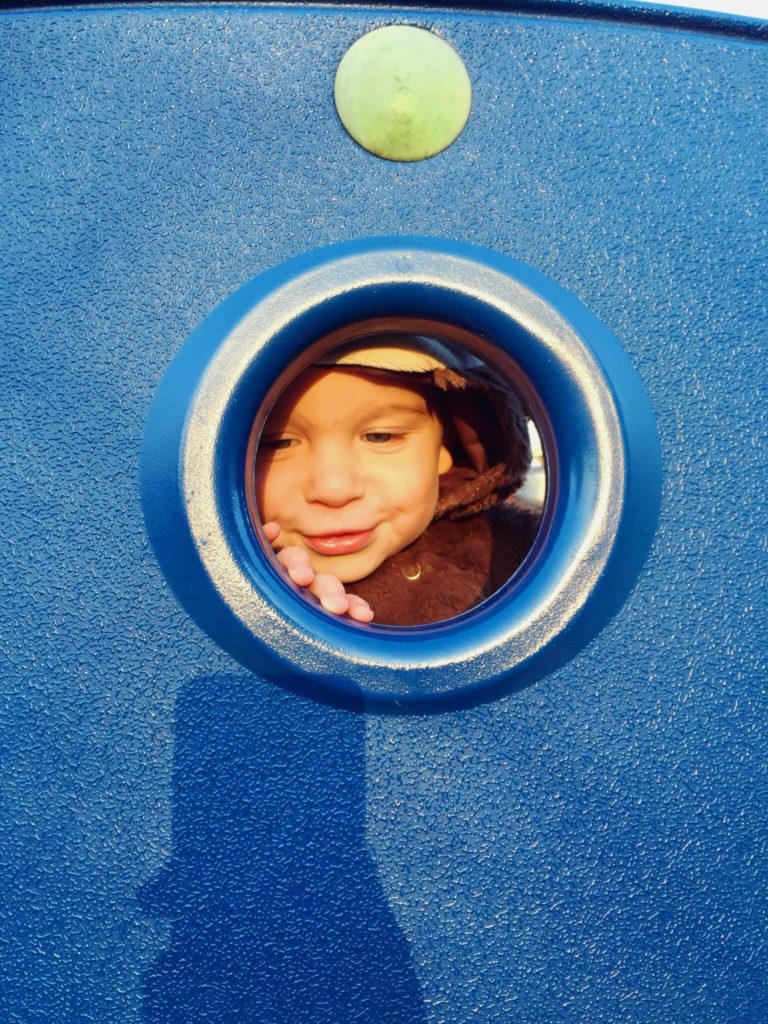 Ben’s school had a costume day. Edina took Ben that day and said it was basically the cutest thing ever! 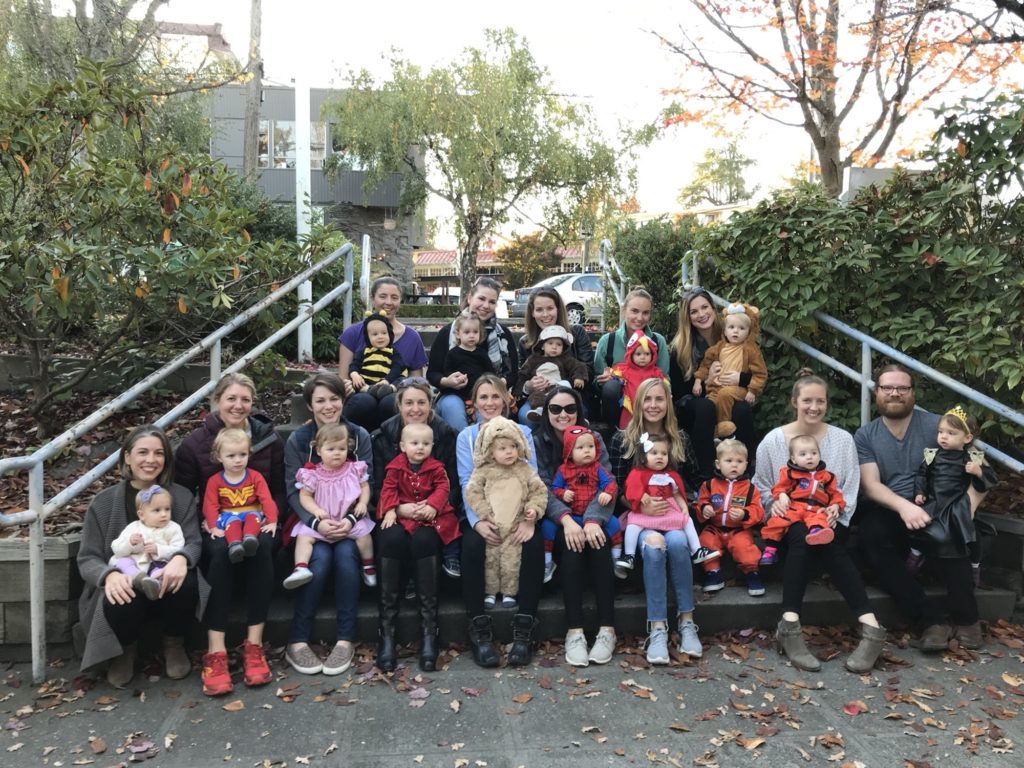 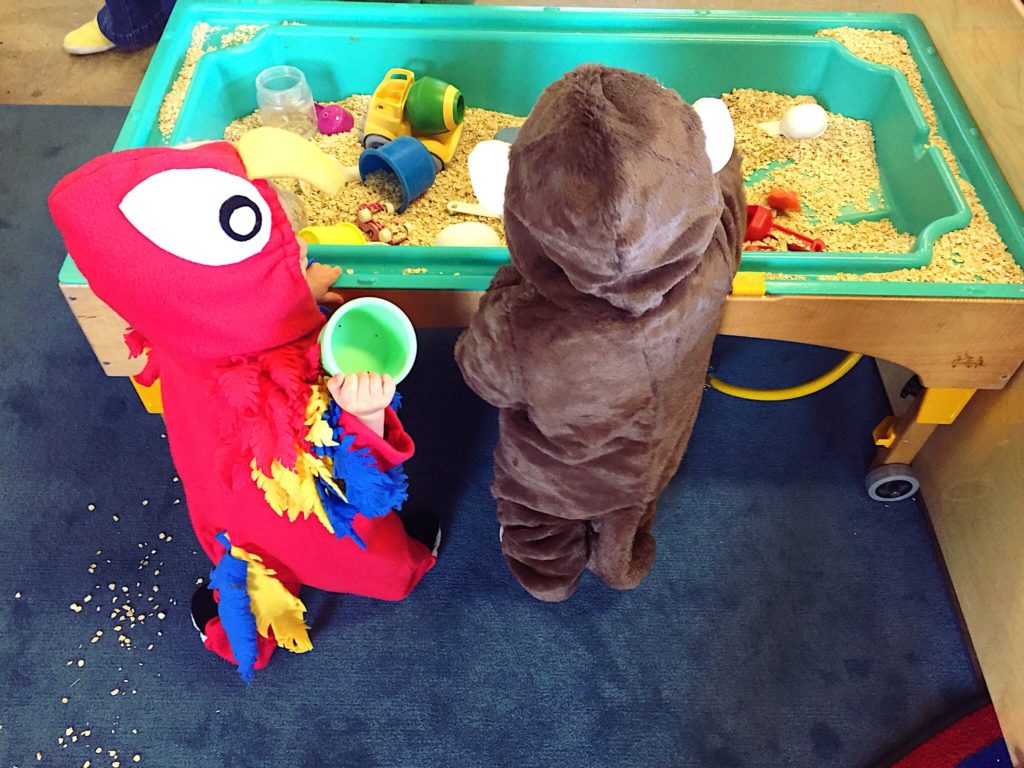 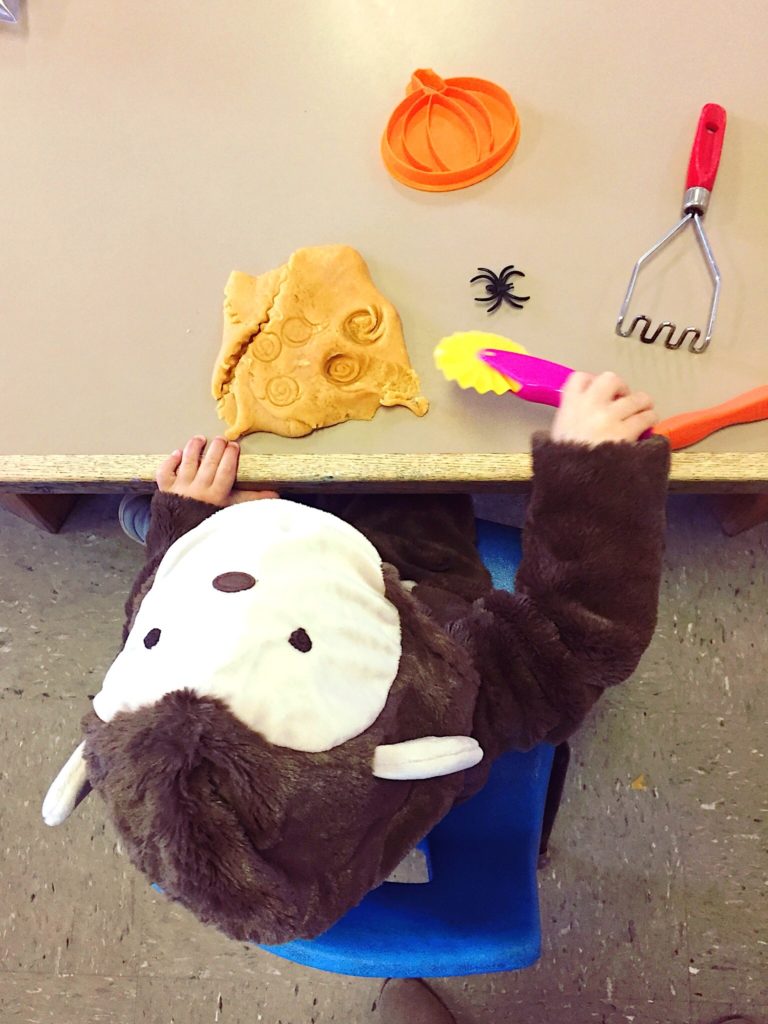 After trick-or-treating our way through Madrona, we headed north to Madison Park. Ben’s school has a little spot out in the downtown area where they set up a cute fall scene for families to have their photo taken. I was on the Halloween booth committee which meant I had to help staff the photo booth and tear it down. 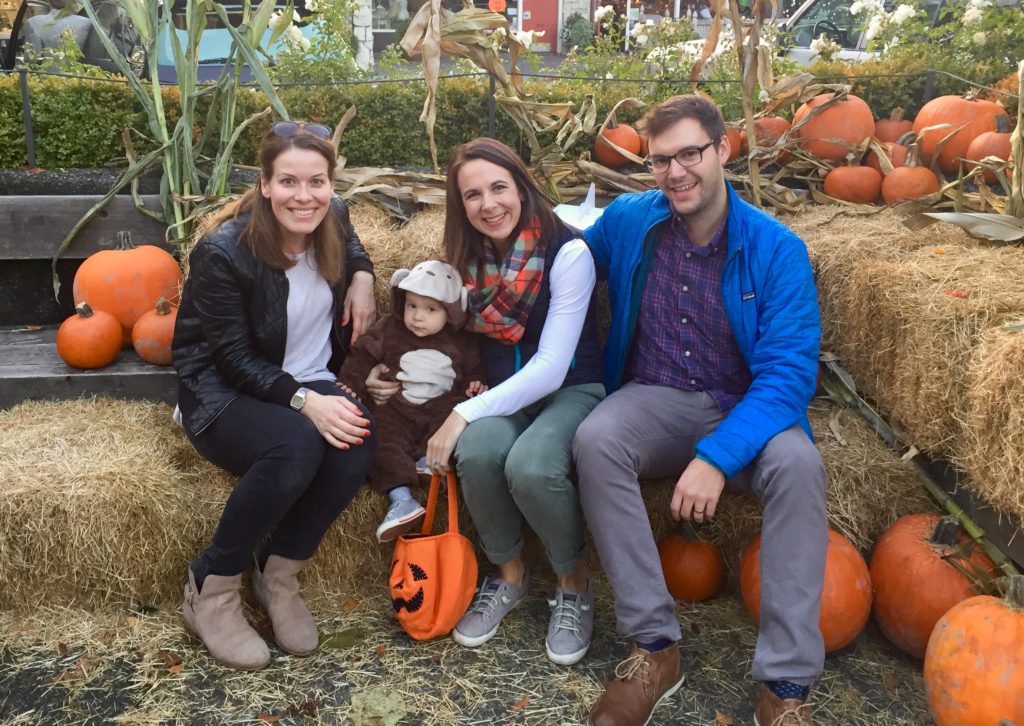 While one of us manned the booth, the other one joined Edina to take Ben trick-or-treating through Madison Park. It was so stinking cute. 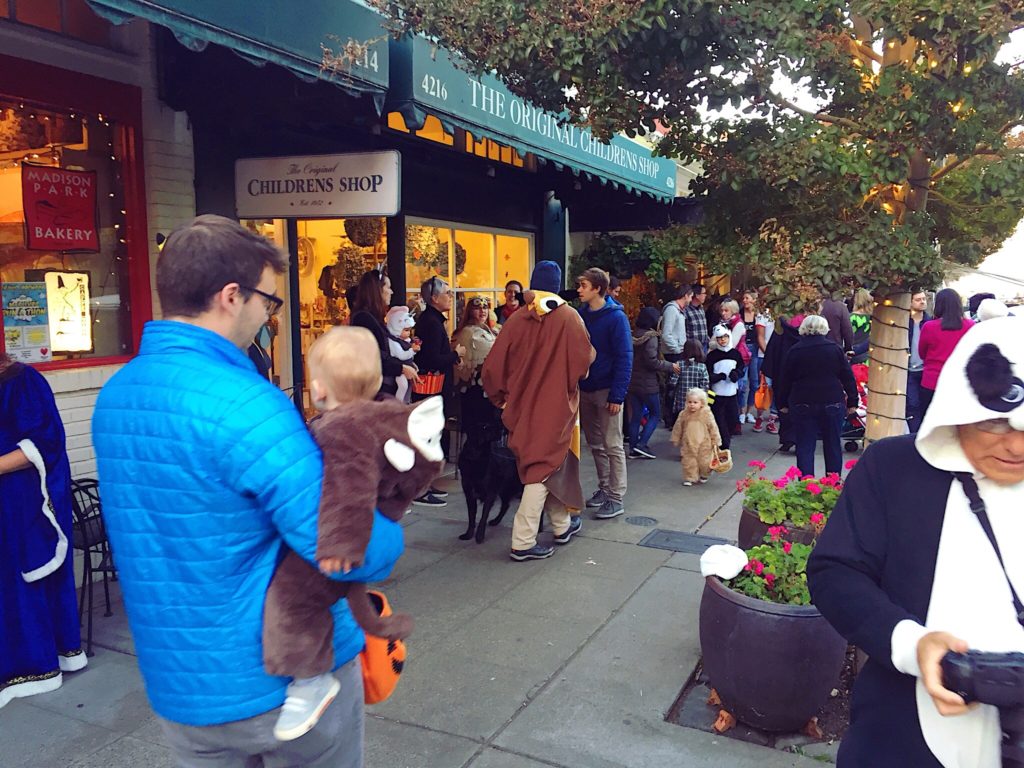 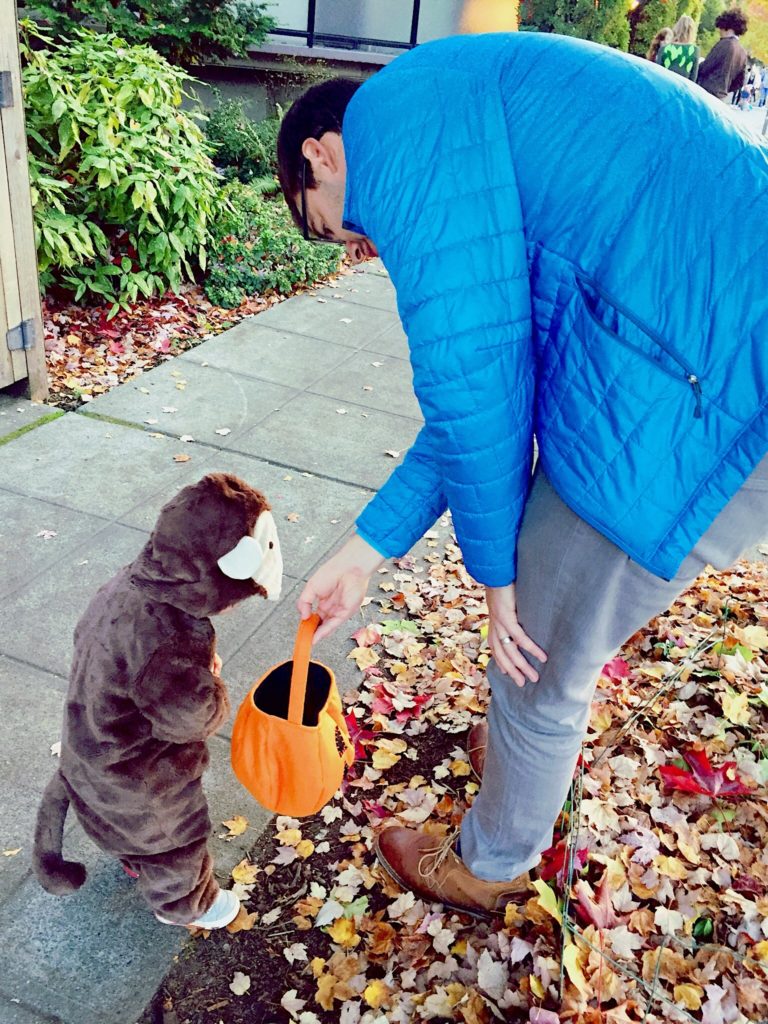 He started to really catch on quickly that he’d get to pick something that looked interesting from the candy bowl. 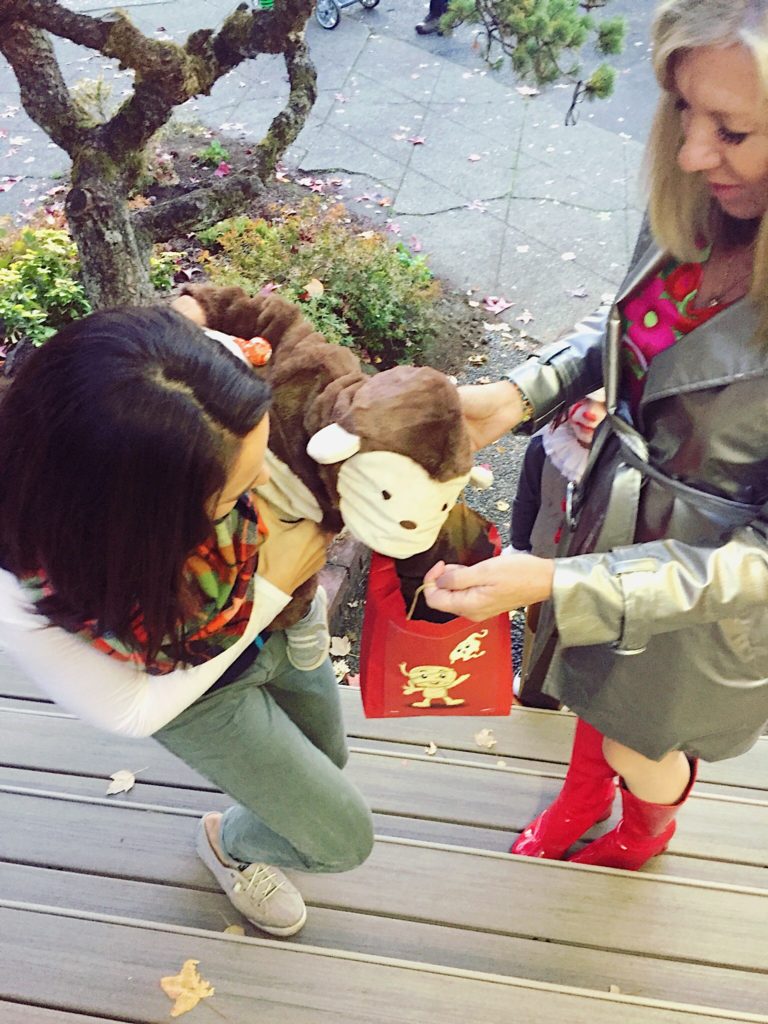 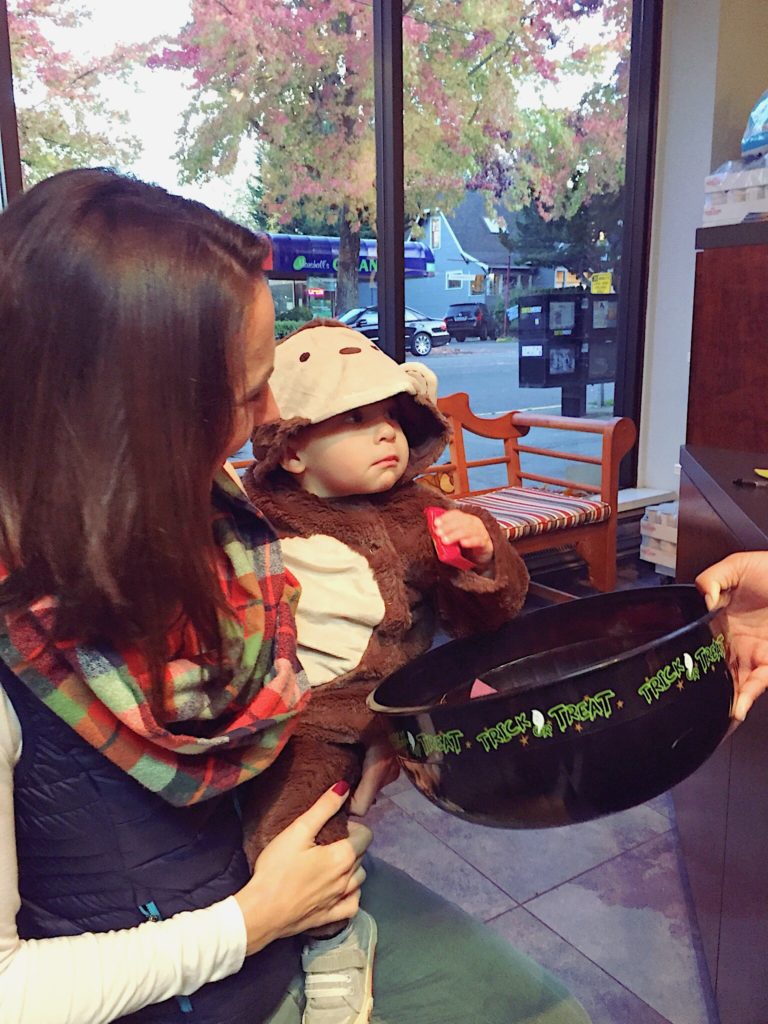 Of course he doesn’t know what candy is yet, but he was proud to get to choose something and then hold onto it until the next stop. 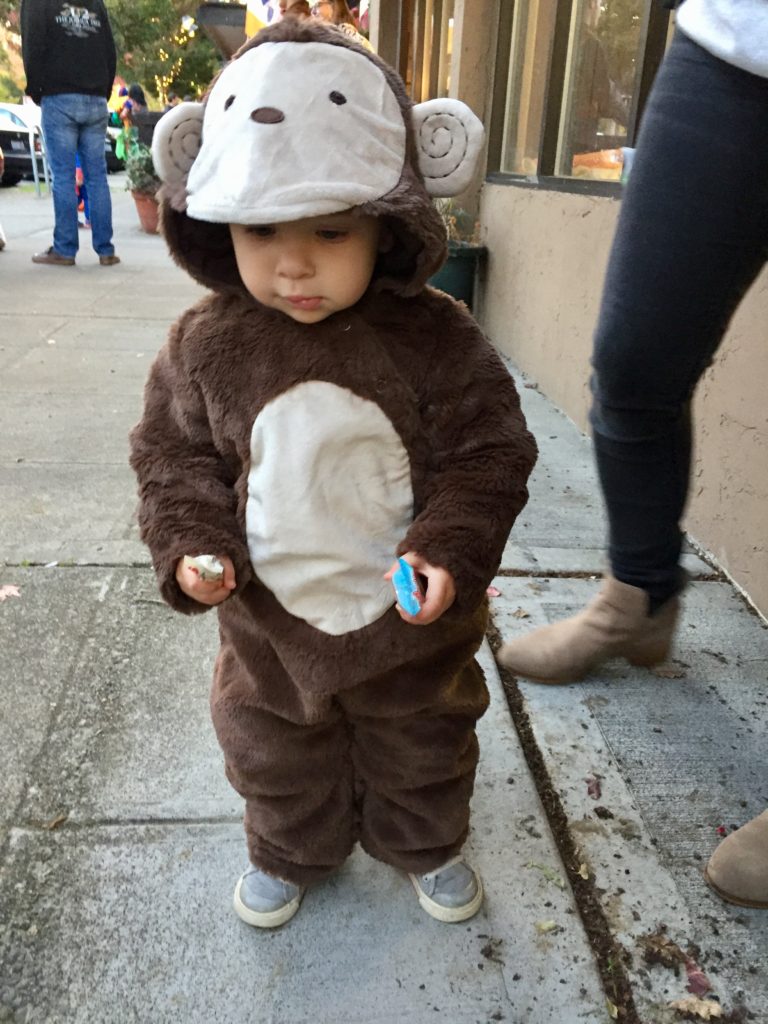 After every stop he signed “thank you” to the person handing out candy. It was so sweet! 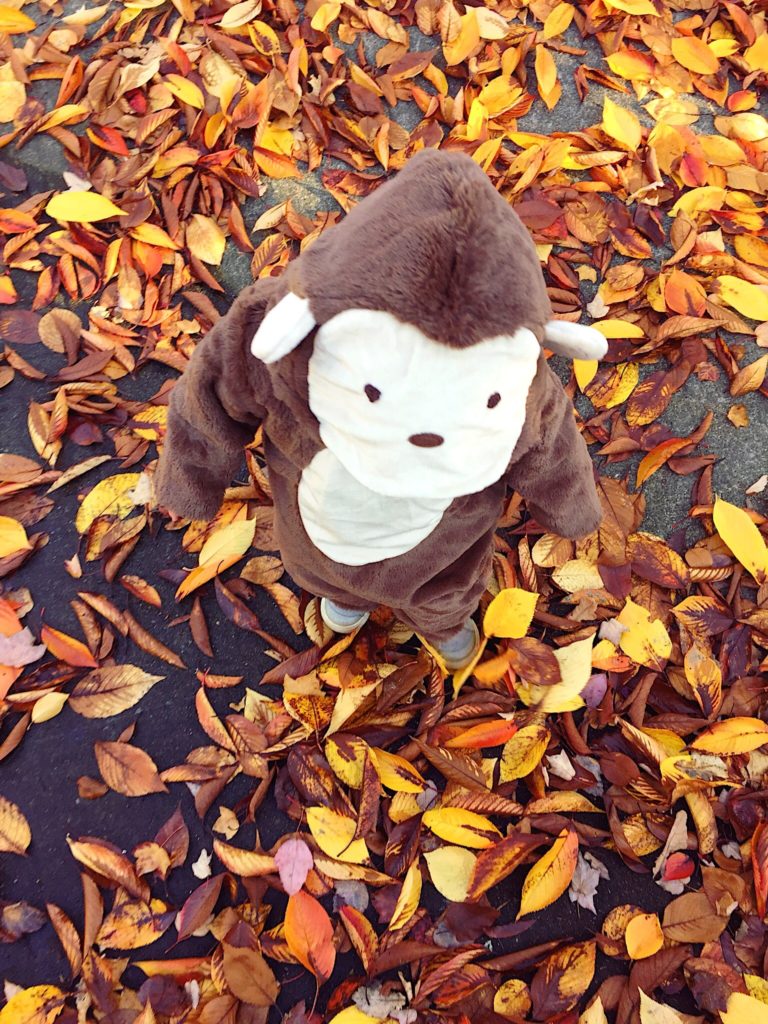 Our tired little monkey had a wonderful firstish Halloween! I think next year he’ll really get into it!