Things sure have been busy over here in our house the last week or so! We’ve been loving the summer weather that has finally arrived in Seattle, so, naturally we’ve been getting out and about and enjoying the sunshine quite a bit. 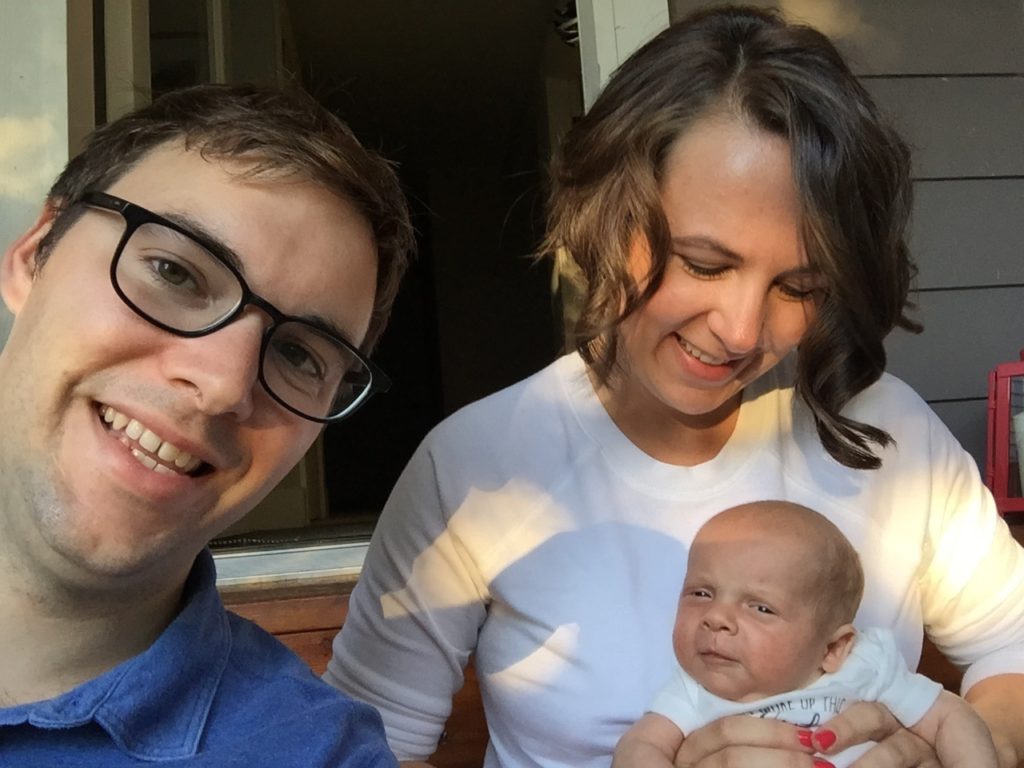 My dad was here for a visit last week and got to meet Ben. It was so fun to have him here! We had a couple of outings for meals and took a walk around Seward Park. Ben also got to meet my cousin Chris and his wife Heidi while my dad was out here.

Ben is doing fantastic! He doesn’t look tiny anymore – granted if you looked at him and knew he was 8 weeks old you’d think he was a tiny 8 week old, but now he just looks like an average newborn. As of several days ago he weighed 7 pounds 6 ounces and he’s been gaining about an ounce to an ounce and a half per day. He’s on the edge of transitioning to 0-3 month clothes any day now, too! 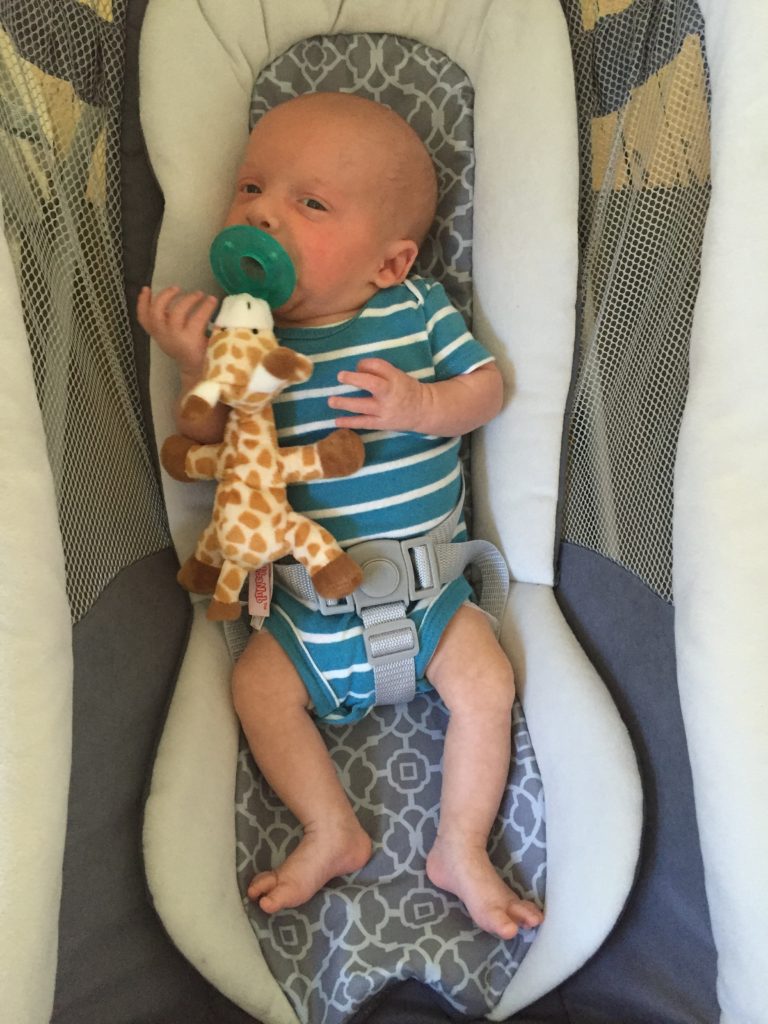 The last several days have been really fun developmental days for Ben. He has been interacting with the little animals that hang above him on his playmat and has been more interested in looking at pictures in the books when we read to him. It has been really fun to see that! 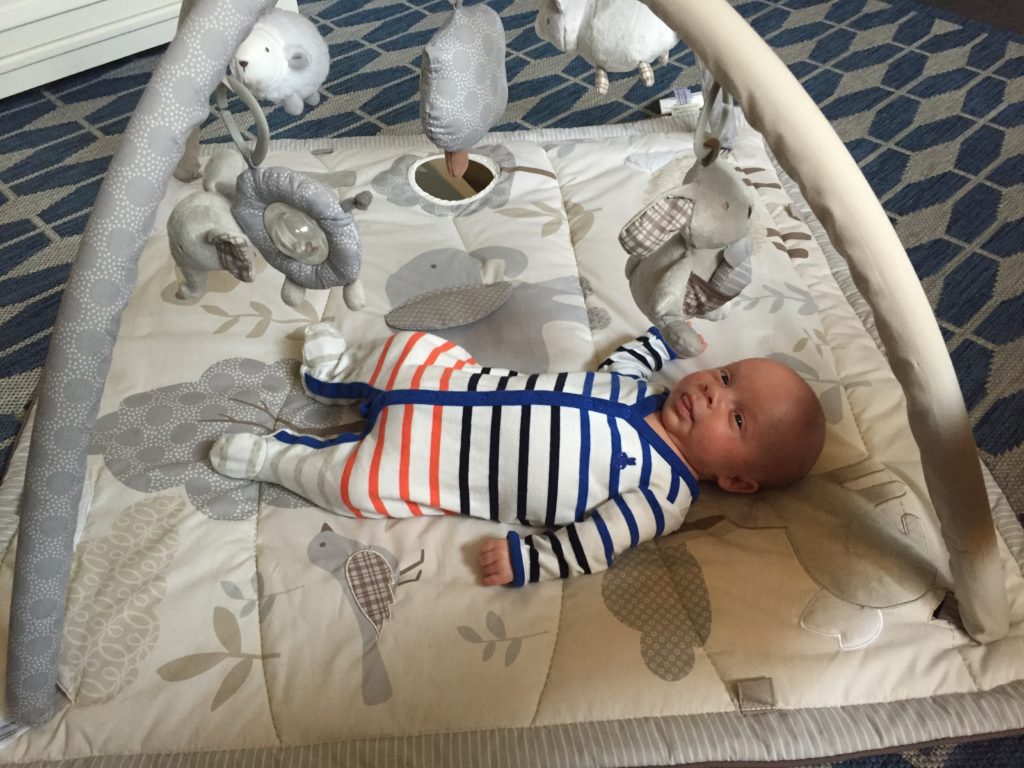 Ben has been spending more time awake during the day, which has also been really fun. He is sleeping really well and we’re about to start working on trying to get him to sleep through the night. It’ll be a little bit of a process and I have no idea how it’ll go, but we’ll see!

In the last couple weeks we’ve really been noticing how much Ben’s neck strength is improving. His head is still a little big floppy when unsupported, but he can pick his head up and turn it from side to side when he’s on his tummy and he also has enough neck strength to slightly support his head. It is getting stronger and stronger each day. 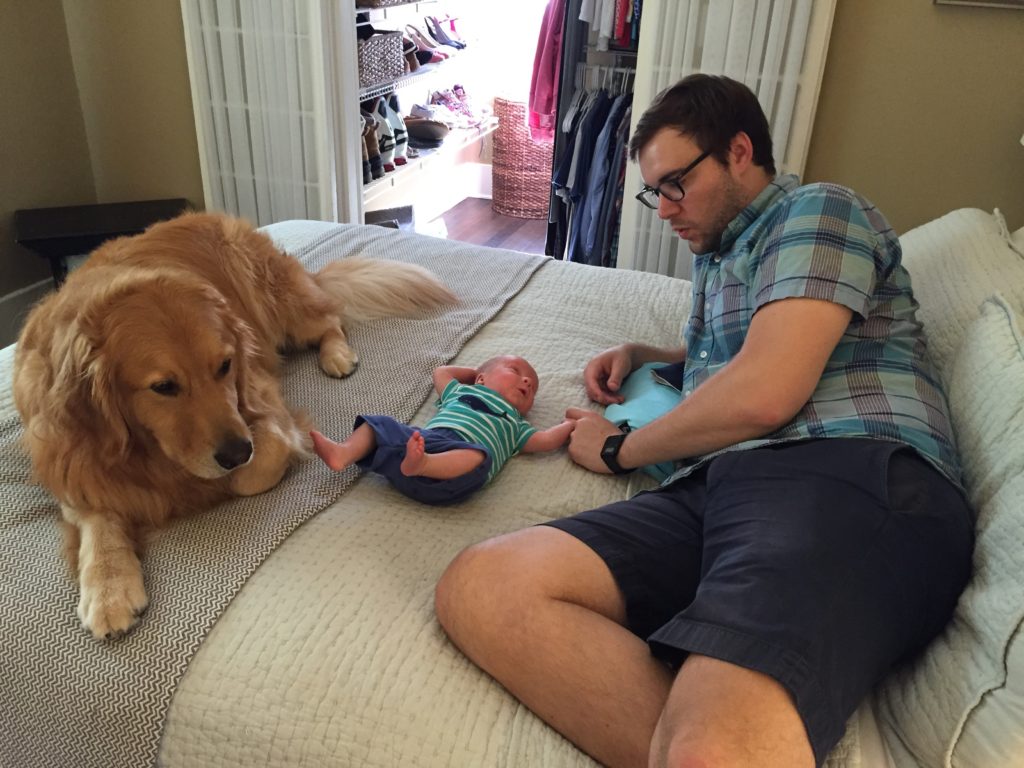 We are in the midst of hiring a nanny for when I go back to work this fall. I’ll be going back part-time and plan on working Tuesdays, Wednesdays and Thursdays. We’re looking for a Spanish-speaking Nanny for Ben so that he can learn both Spanish and English right from the get-go. We had a couple interviews this week and we’re hoping that our favorite candidate will accept the position soon and be ready to start in late September/early October. 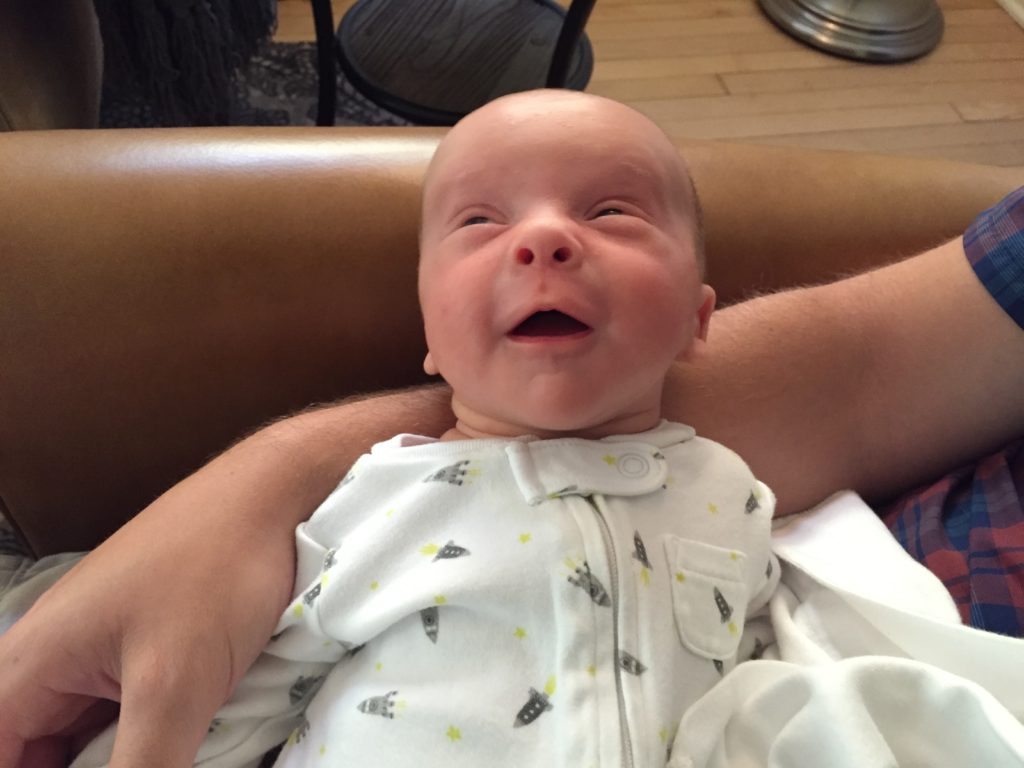 In other exciting, non-Ben related news, we are in the very early stages of planning a major home renovation. More details to come in the next few months as we work out the process, but we’ve decided that if we can, we’d really like to stay in our current house long-term. It initially wasn’t in our plans to be here more than 3-5 years {we’re celebrating 6 years in our house in a few weeks!} but we love our house so, so much that we are trying to figure out a way for us to reconfigure the layout and add square footage to make it more comfortable for our growing family. 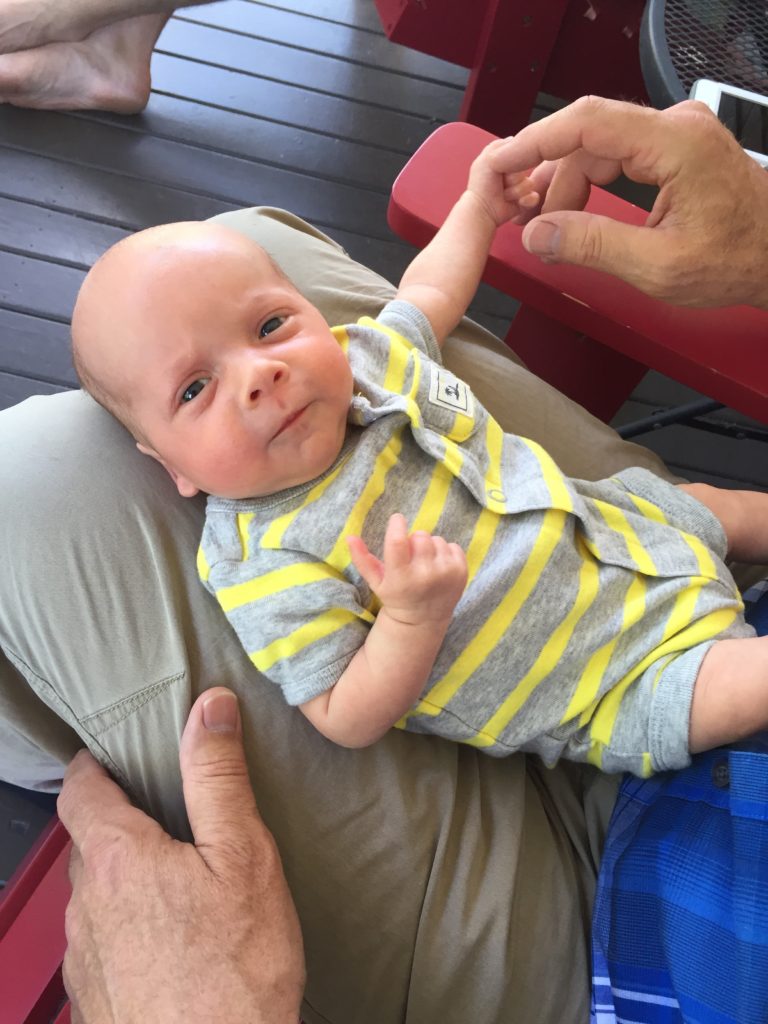 Both Alex and I have been finding opportunities here and there to squeeze in some exercise. I’ve gotten back into Pilates and running and Alex has recently started rock climbing. We’re on a healthy eating kick right now, too, and that’s been fun trying some new lighter meals.

So far this summer has been amazing and we are so looking forward to Ben’s Grammie and Grandpa arriving next week! 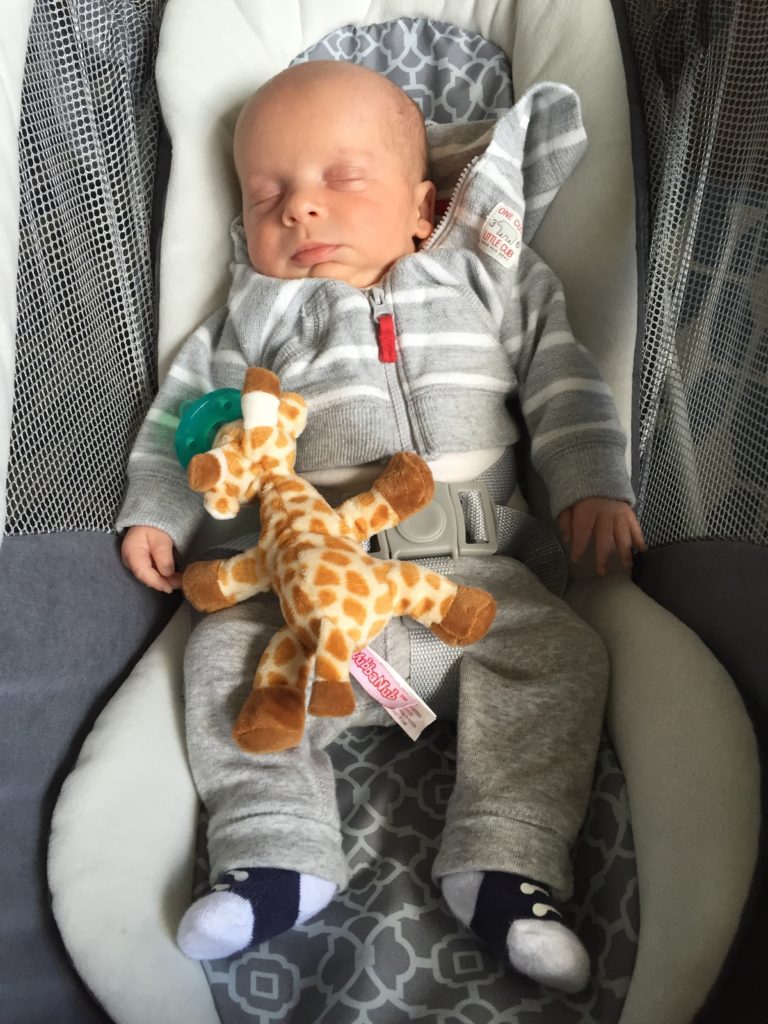 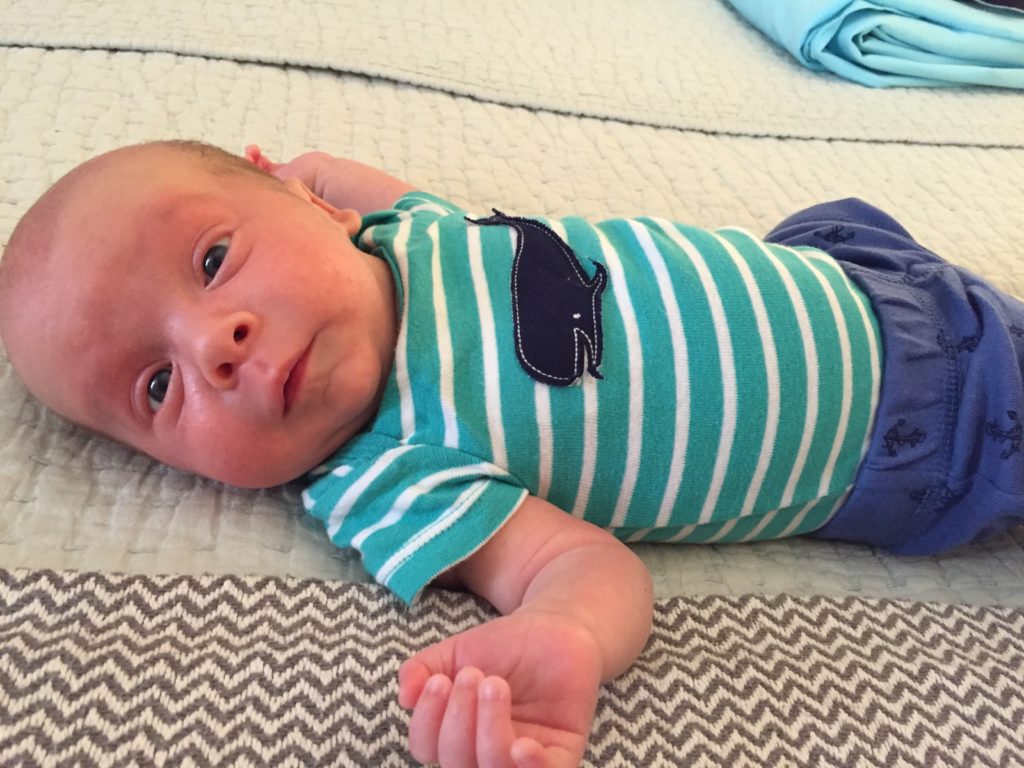