This last week flew by! I’m not sure where the time really went, to be perfectly honest. Here are some of the highlights from our last week of January…

The weather goes in both the highlight and lowlight category – we had several days of complete and utter downpours but then we had just as many days of gorgeous blue skies and sunshine. I don’t think I’ve ever used my big golf umbrella while walking the dog as much as I have the last few weeks. With all the rain, though, it’s been rather warm. Little buds are starting to pop up around our neighborhood and I’ve seen signs of cherry blossoms around, too. Spring is definitely on its way to Seattle!

Our pets also go in the highlight and lowlight category. Henry has been so sweet to Jackson lately, which makes up for the fact that he’s been waking us up at 5:00 almost daily meowing like mad to get us to let him outside.

This week Jackson had some digestion issues and for a few consecutive days woke us up several times in the middle of the night to go outside. Thankfully switching his diet to chicken and rice solved that problem.

We are going to work on getting Jackson certified as a Canine Good Citizen so that we can take him to hospitals and nursing homes eventually. Plus, it’ll be good practice to get him whipped back into shape. He’s really a fantastic dog, but we’ve been reminded lately that we need to work on a few things still, particularly before this little babe arrives.

Alex spent a good part of the weekend with his buddies to celebrate his friend Jon’s birthday. Jon lived in Seattle for a few years but has since moved away and is currently living in San Francisco, so his wife decided to surprise him with a trip up to Seattle to visit his friends. The guys organized {loosely ;)} a weekend out on the town, sea and slopes for Jon, plus Justin came up from Mexico to partake in the shenanigans too! These guys met either at college or as newbies at work and have stayed great friends ever since, even though about half of the group has now left Seattle.

While Alex was out, honestly I was mostly sleeping due to the late night nature of their planned activities. But yesterday while he was skiing I baked some cookies, took Jackson for a long walk and did some relaxing. He ended up being home a lot more than I expected this weekend, which was obviously nice, but it also meant I didn’t get as much done as I had planned! 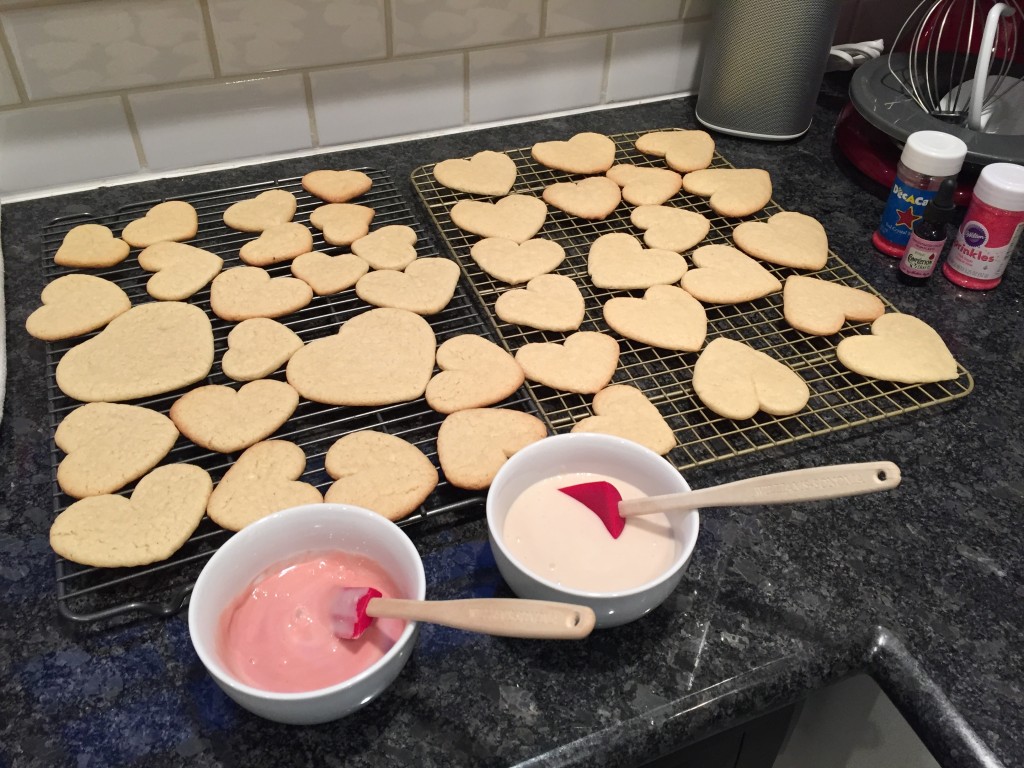 Last week I started my prenatal Pilates class and my prenatal yoga class! I’m taking the classes at two separate studios and so far I think they’re both great and am glad I’m taking both of them. The Pilates class is very much strength-building and the yoga class offers some seemingly great positions for managing labor pain and getting ready for that whole business, plus it offers a better opportunity to connect with other pregnant women. At this point I will keep up with Pilates on Mondays and yoga on Saturdays and continue with our daily dog walks the rest of the days. I’d love to add in a run once a week too.

Alex has been stepping it up in the exercise game, too! He and our friend Patrick have a big ski trip planned for late-February/early-March where they will be chauffeured up the mountain by a snow cat and ideally get to ski tons of long lines of fresh British Columbia powder. Alex is working quite hard to get his legs ready! Luckily we’ve got a ski trip to Utah coming up quite quickly, so that’ll give both of us a leg workout.