All is well over here in our little house. It sure feels like June in Seattle – the weather can’t decide if it should be summer or winter {thankfully this next week it’s feeling like summer}.

We have been enjoying the nice days by throwing a picnic blanket down in our backyard or heading up to the park to hang out in the grass, lounge in our “blob” or push Ben on the swings. We are so grateful to have an incredible park so close to our house. 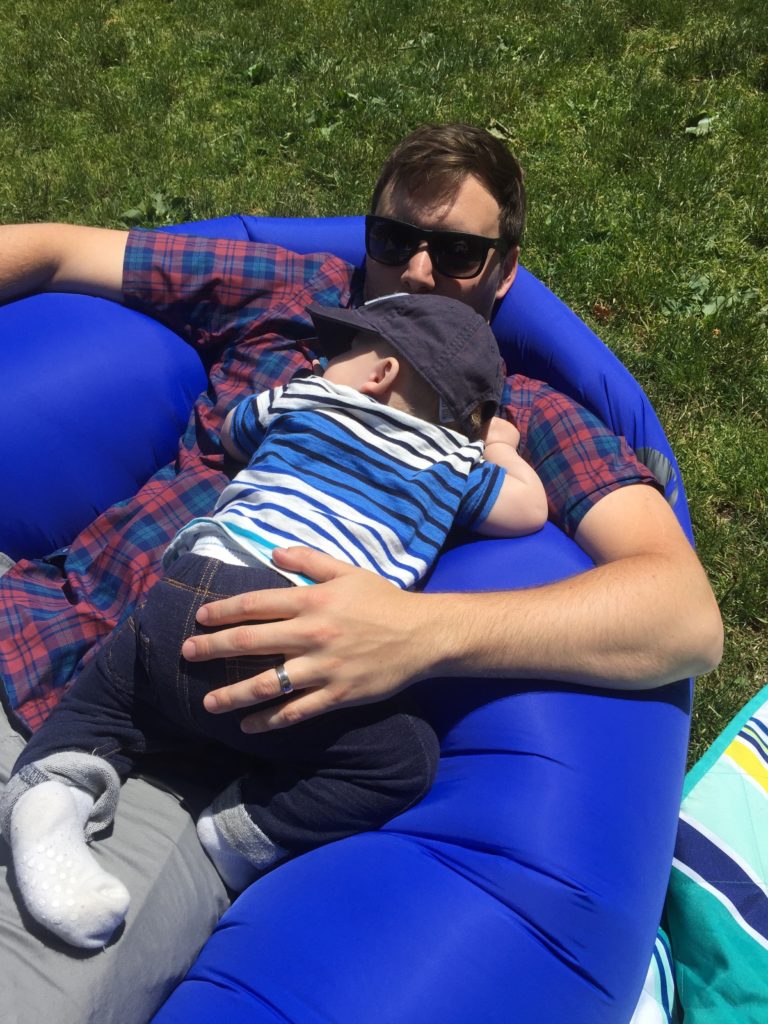 Mr. Ben is doing so well. He is getting several teeth right now and seems to be over the painful part of teething {he has 3 teeth + at least 3 are coming in on top}. I’m happy to finally be able to say that he is eating really well and the amount of milk he is drinking every day is dropping significantly, which is really important at this point. 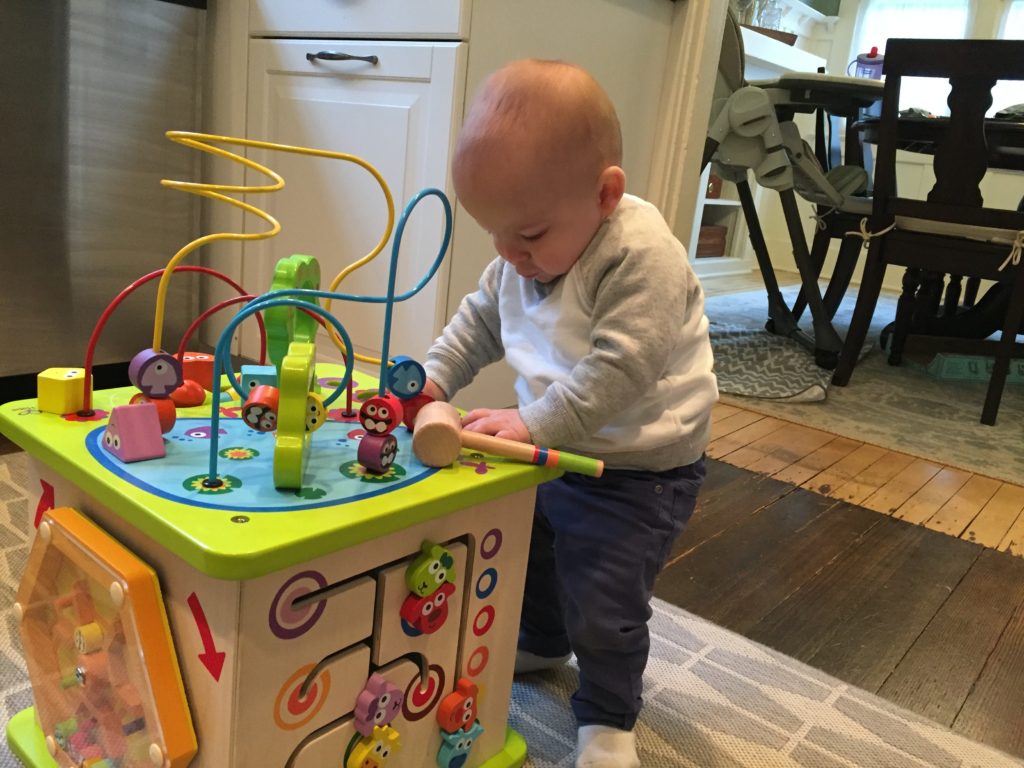 In the last few days he has been eating SO MUCH FOOD. It’s been so fun to watch him develop favorite foods and preferences with what he eats. Right now, meat is at the top of his list. Cottage cheese and any dairy products are a close second. Last night he tried BBQ beans and some sides from our BBQ dinner and he was in heaven! He is his father’s son for sure. 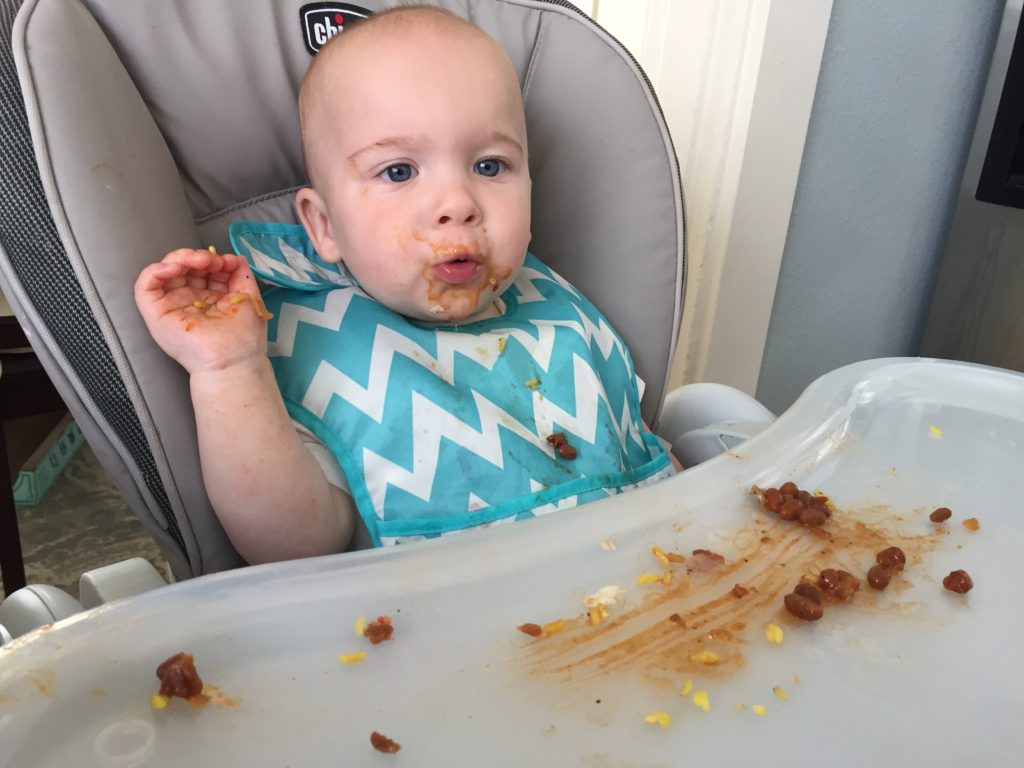 It is so fun to continue to see Ben’s personality emerge. He is so expressive, happy and curious. He loves making people laugh and smile, which is easy to do when he flashes his 3 teeth at you and cackles his sweet giggle. He has been clapping his hands and waving and it really couldn’t be cuter to watch. 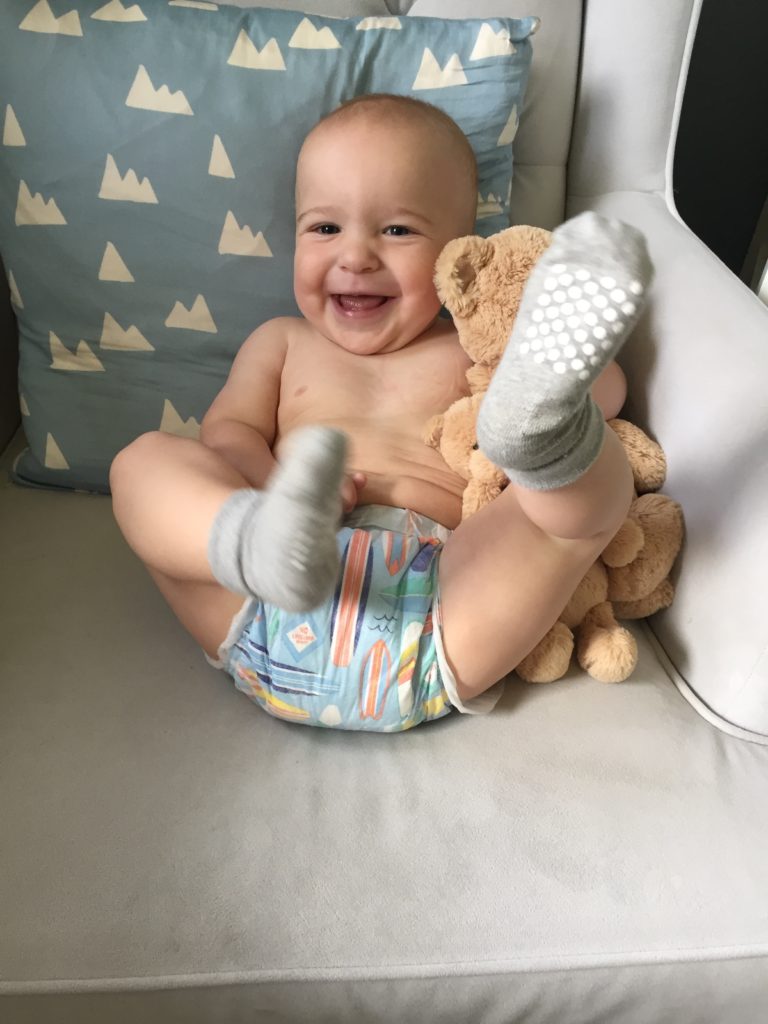 Sleep has been something that we’ve really been working on with Ben lately. Ben has been sleeping really well for the last couple months, but we found out that he wasn’t getting enough sleep overnight. The doctor wanted him to be sleeping more like 12 hours, rather than the 10 he was consistently getting. It wasn’t the end of the world that he wasn’t sleeping more, but we had been wondering too and have been working on putting him to bed at 7 p.m. instead of 8. So far it’s going really well and the last few nights he’s averaged 11 hours overnight, but his naps have shortened a bit. It makes me curious if he was getting the right amount of sleep already!? 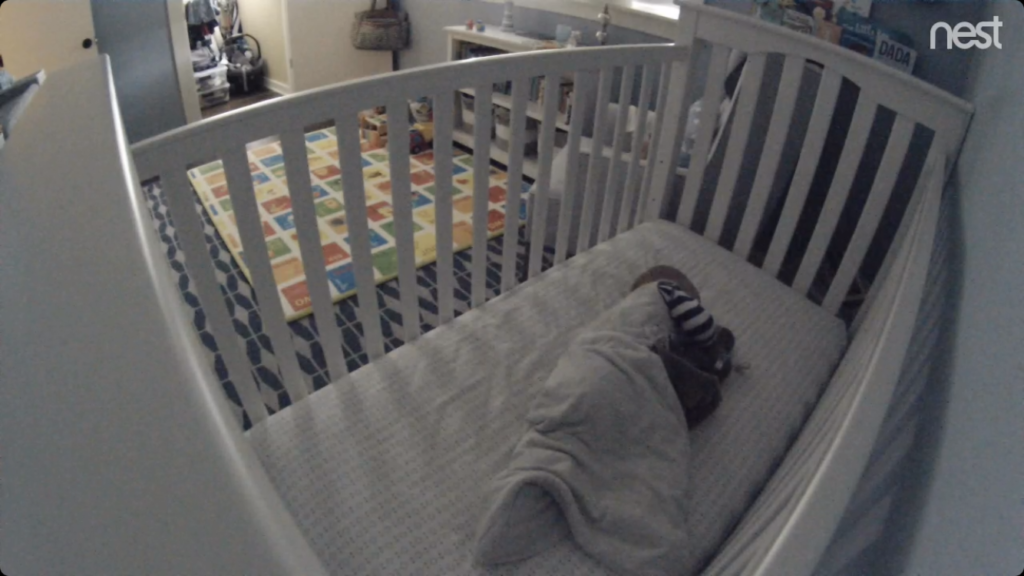 Since he turned one we’ve been able to give him a lovie in his crib to cuddle with and that has been making bedtime, naptime and anytime that he wakes up unexpectedly much, much easier. He curls up with his little monkey lovie and often times goes right back to sleep. I haven’t ever had the heart or the stamina to let Ben “cry it out” and I’m so impressed with how well he’s transitioning to putting himself to sleep lately very peacefully and calmly.

We’ve been getting out on more runs – it turns out no one goes to the arboretum at 7:30 in the morning so we’ve had the place to ourselves lately! It’s hard to make the time to exercise regularly, though having a jogging stroller and the ability to take Ben and Jackson on runs makes it infinitely easier.

One of Ben’s “homework” assignments from his 12 month checkup at the doctor was for Ben to hide things. We really weren’t sure what that would look like and sure enough within a week of his appointment he started hiding books around his room. It started with a book under his bookshelf, then he slid a few books under the chair {and crawled under there himself!} and today he hid some books under his crib. It’s pretty amusing to watch him become a little mischievous boy! 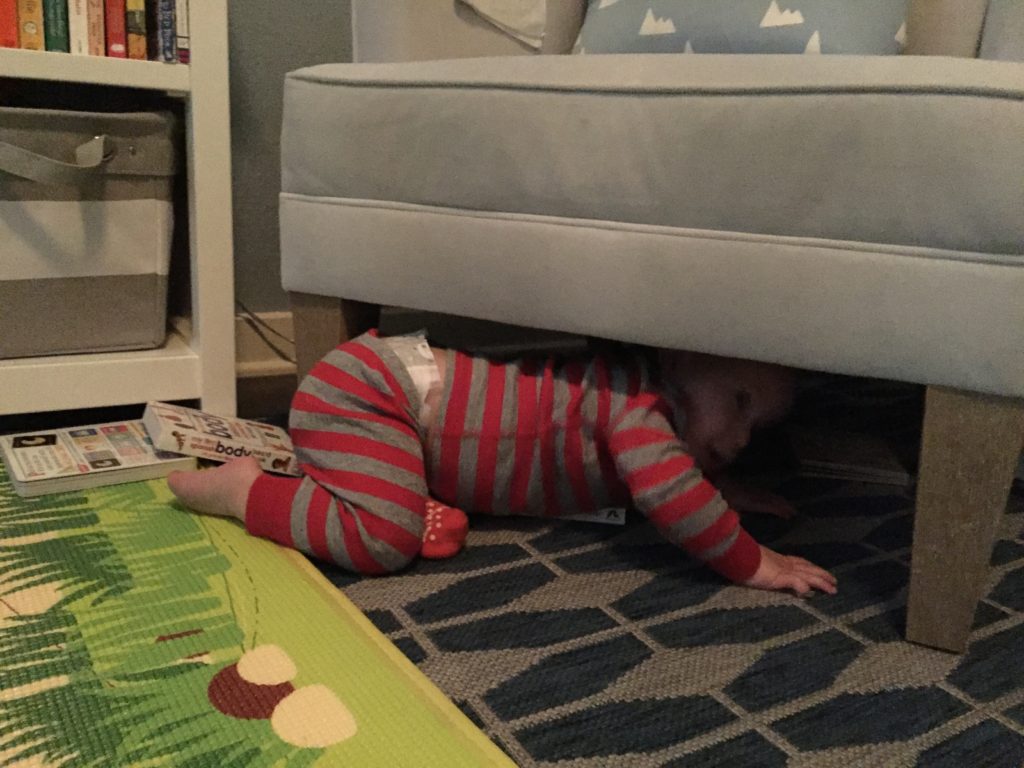 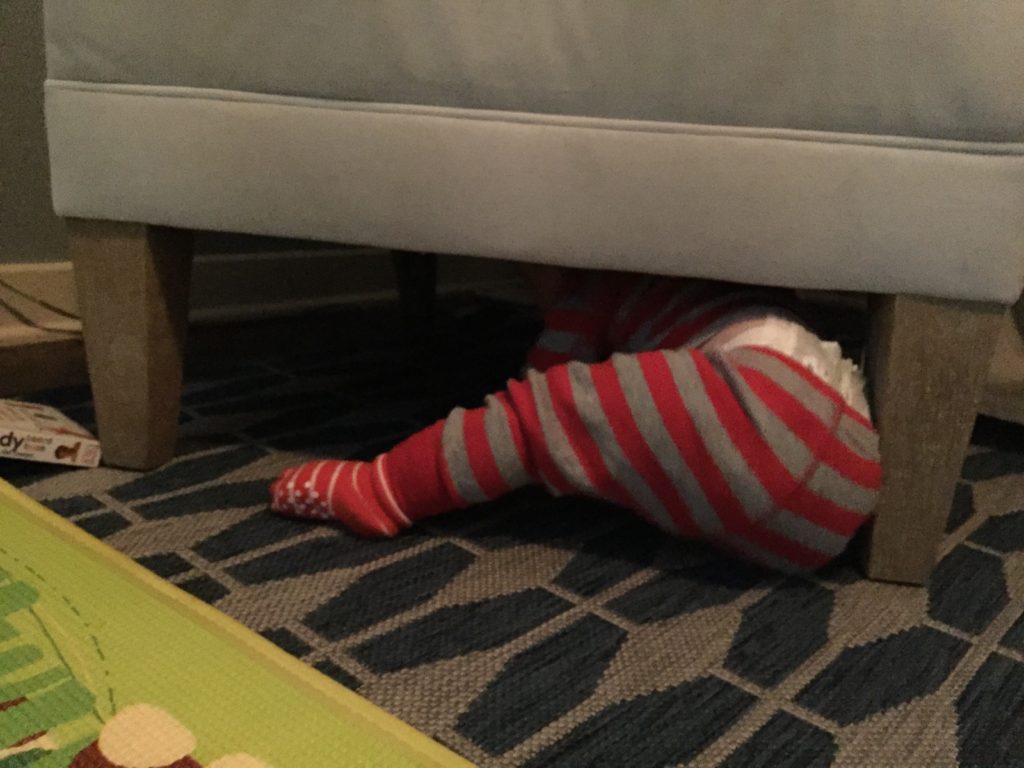 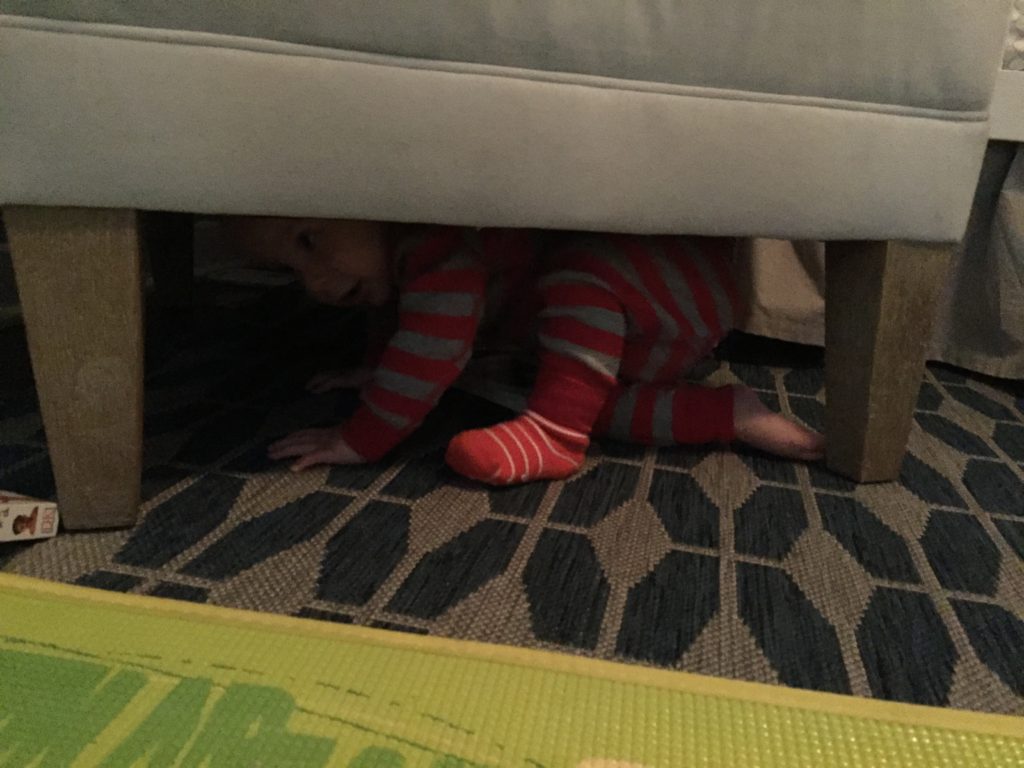 Alex finally broke down and bought a car last month. Since we moved to Seattle nearly nine years ago we have only had one car between the two of us. We’ve managed to make it work just fine, though now that we’ve got Ben it makes it more challenging, not to mention it limits Alex’s flexibility tremendously. 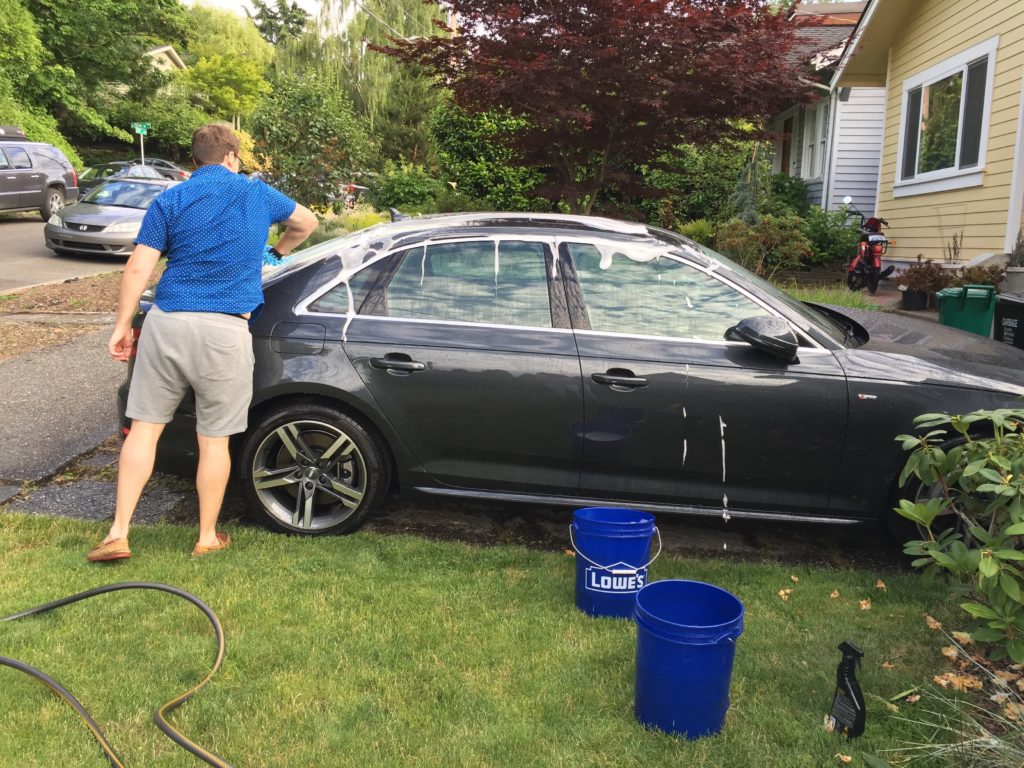 Alex has been fortunate enough to take transportation provided by his work which is why we were able to make it work with only one car. In any case, we’re officially a two car family. I’m hoping that we will ease into a new routine that makes it easier for Alex to get to the gym and also be home for our now early dinners. 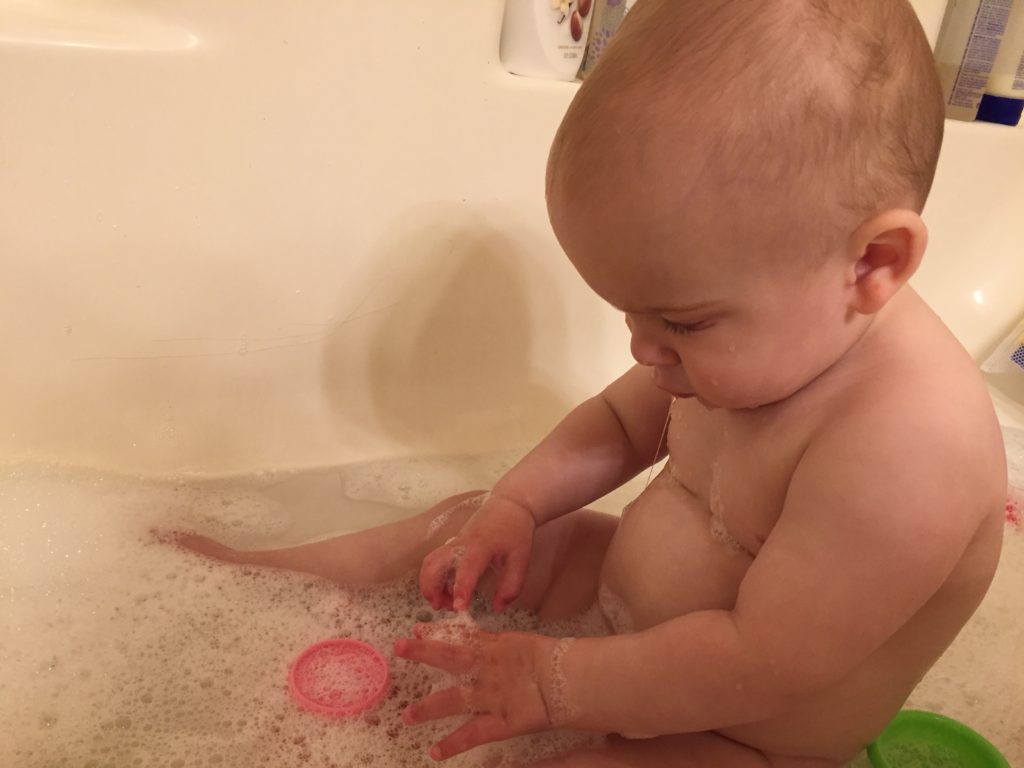 I had a goofy schedule last week and it allowed me a day off of work while our nanny was with Ben. I felt like I was running around doing errands for most of the day, but I did manage to squeeze in some time to get some new plants for our retaining wall. I’m really happy with how they turned out. Hopefully I can keep them alive and that they survive the terrible soil and growing conditions in which I planted them. 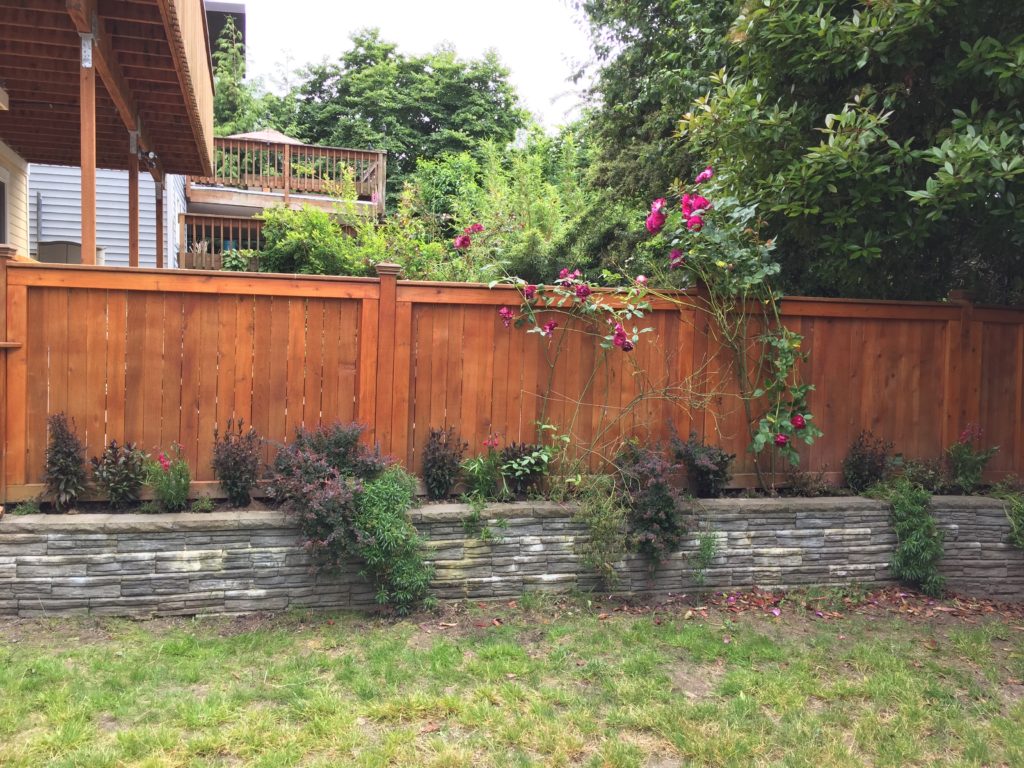 In addition to never ending yard work, we have a busy summer with several trips {mostly that Alex is taking} and much to look forward to. Next up is our adults-only trip to California!