For me, a big part of parenting is celebrating the little victories along the way. I think whenever we’re faced with a challenge, whether small or great, it gives us the opportunity to figure out how to overcome it gracefully {or not so gracefully!} and think outside the box. This last weekend while Alex was out of town included a lot of little victories. 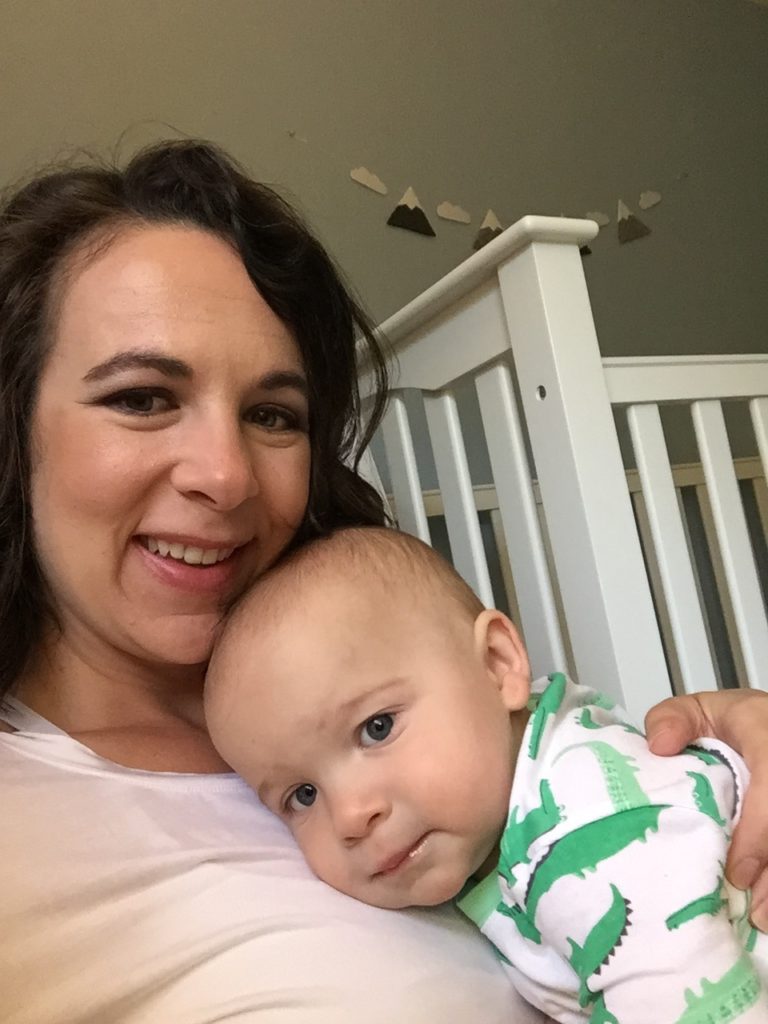 One of my most memorable little victories happened early on – Alex had just gone back to work and I was home by myself with Ben. I wanted to meet some other moms/babies from our parents group downtown at a music class and it was my first big outing by myself with Ben. It ended up going so smoothly that I was confident enough to schedule an impromptu lunch meet-up with my friend Ali that afternoon. That little boost of mom-confidence set a lot of mom-growth in motion for me. 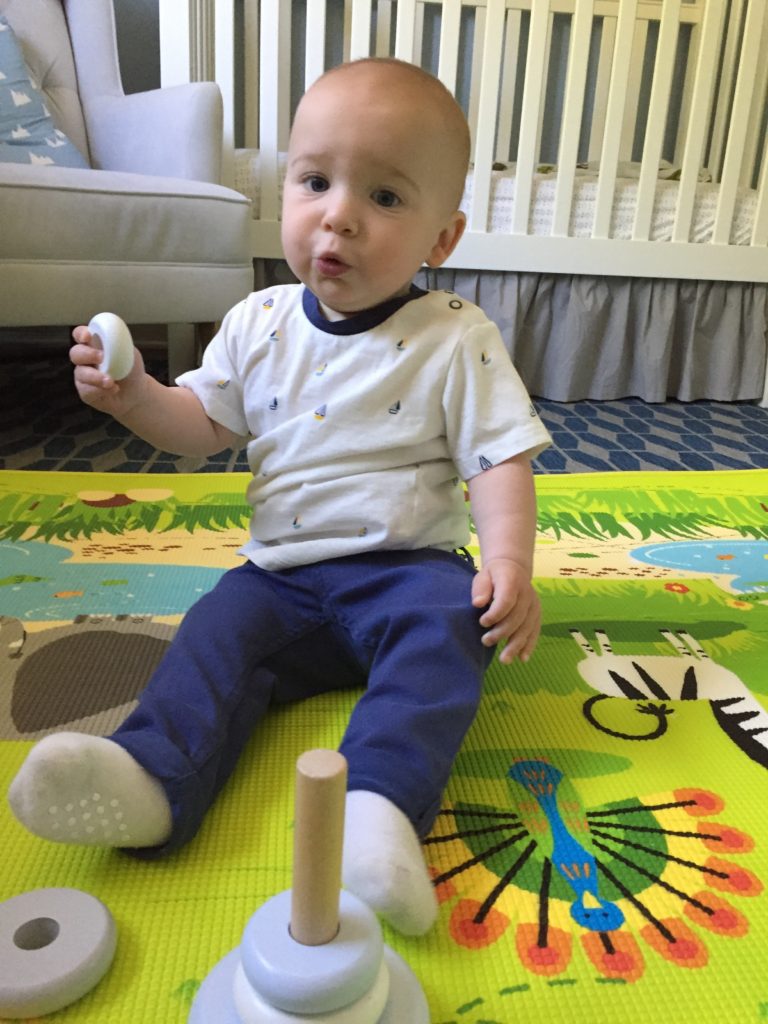 It is quite a challenge to walk our dog and Ben at the same time. While I usually take both of them for a walk in the evenings, I’m not usually the one who is in charge of wearing the dog out in the morning. As a way to streamline exercising the dog, getting the baby some fresh air and the mama some exercise too I went out and bought a new leash for Jackson that I could tie around my waist. Ta da! Hands free for pushing the running stroller and we kill 3 birds with one stone! 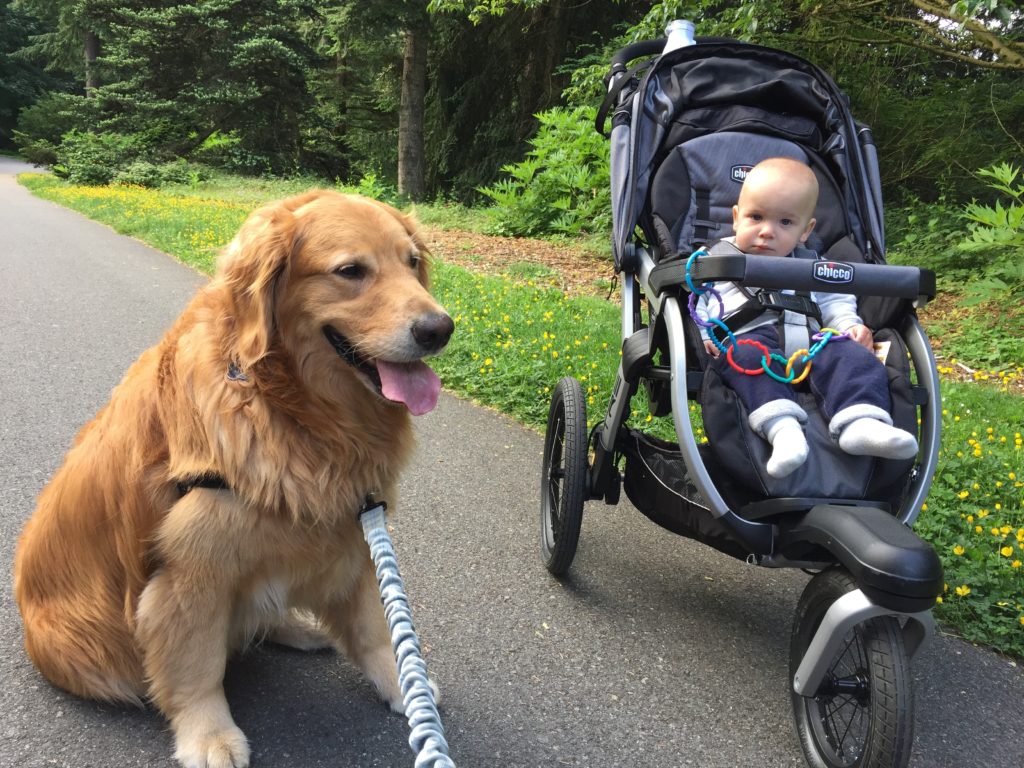 During Alex’s four-day trip to Las Vegas I managed to get out on two early morning runs through the Arboretum with Jackson and Ben. Since I was all about celebrating my victorious weekend I concluded the second run with a stop at the French bakery. Ben had his first croissant and I treated myself to two of my favorites: an iced cherry almond latte and an almond croissant. 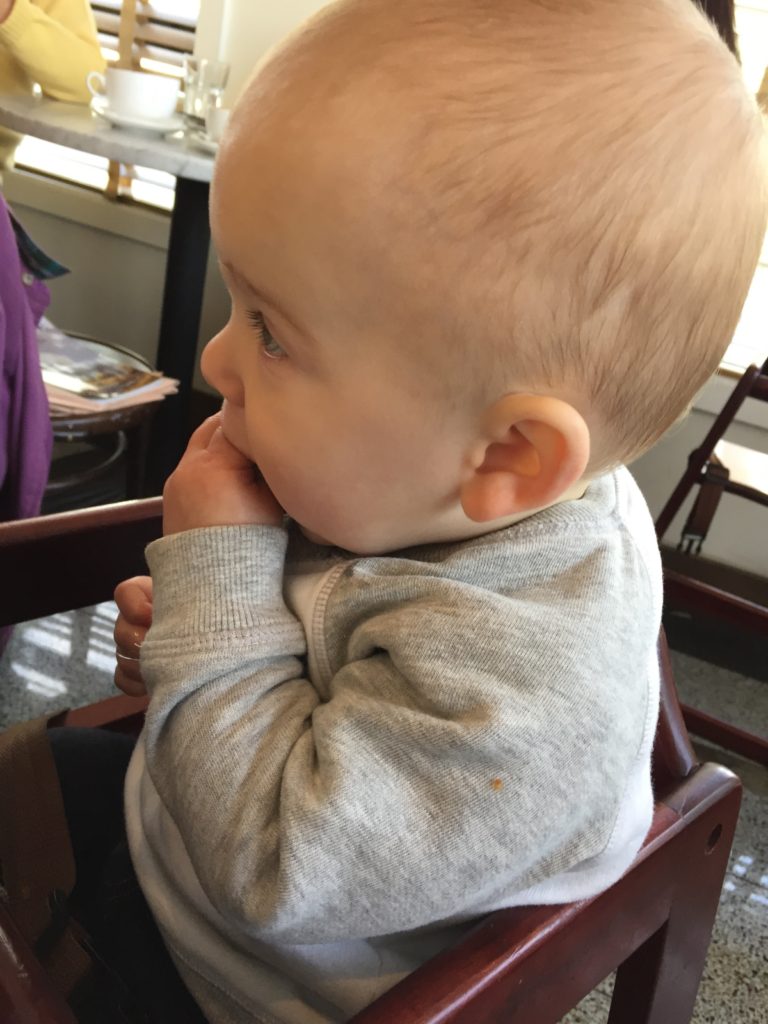 Right before Ben turned one we transitioned him to cow’s milk. The transition went fine; however, he was still relying on milk to be the primary source of his calories. While he was eating solid foods pretty well he was drinking way too much milk. Without simply stopping offering him so much milk I really had no idea how to make the abrupt adjustment. I eased into it and on Sunday he dropped from 35 ounces of milk to 25 ounces! It was really like ripping off a bandaid.

After Ben’s morning nap instead of giving him a bottle right away I plopped him in the stroller and we went up to the park for a picnic. The distraction + solid food made him seem to forget that he usually gets a bottle at that time. That was the first day we only gave Ben 4 bottles. Mom victory! 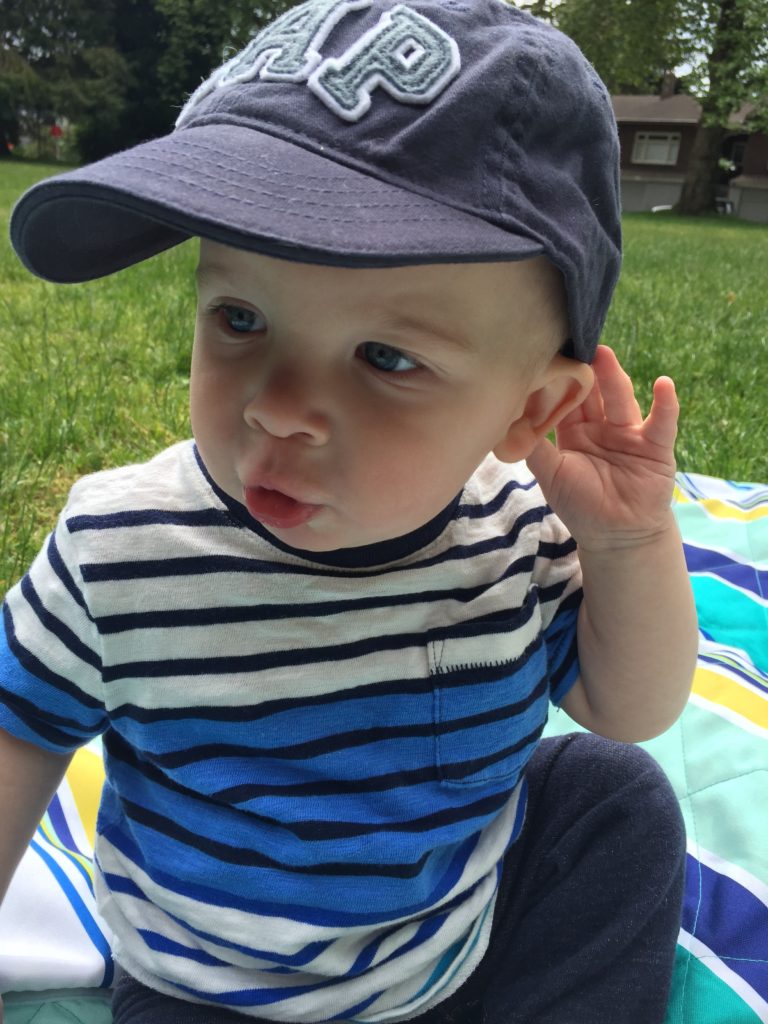 We had such a wonderful weekend together. While I wished that Alex could have joined us it’s nice to sometimes have those opportunities to challenge yourself and have to think creatively of how to handle a situation, and handle it with grace. Here’s to many more big and small victories to celebrate!