We celebrated Ben’s first birthday last week. It was quite a momentous occasion with our family trip to the mountains followed by a casual birthday evening complete with burgers and ice cream. This week kicked off with Ben’s 12-month checkup and a follow-up visit at the eye doctor.

For the first time ever in his life, Ben is officially in the 10th percentile for weight {he was born waaayyy below the 1st}! We were so excited to also hear that Ben’s head grew a ton, too. In his 9-month checkup his head was in the 3rd percentile and now it’s in the 25th percentile. 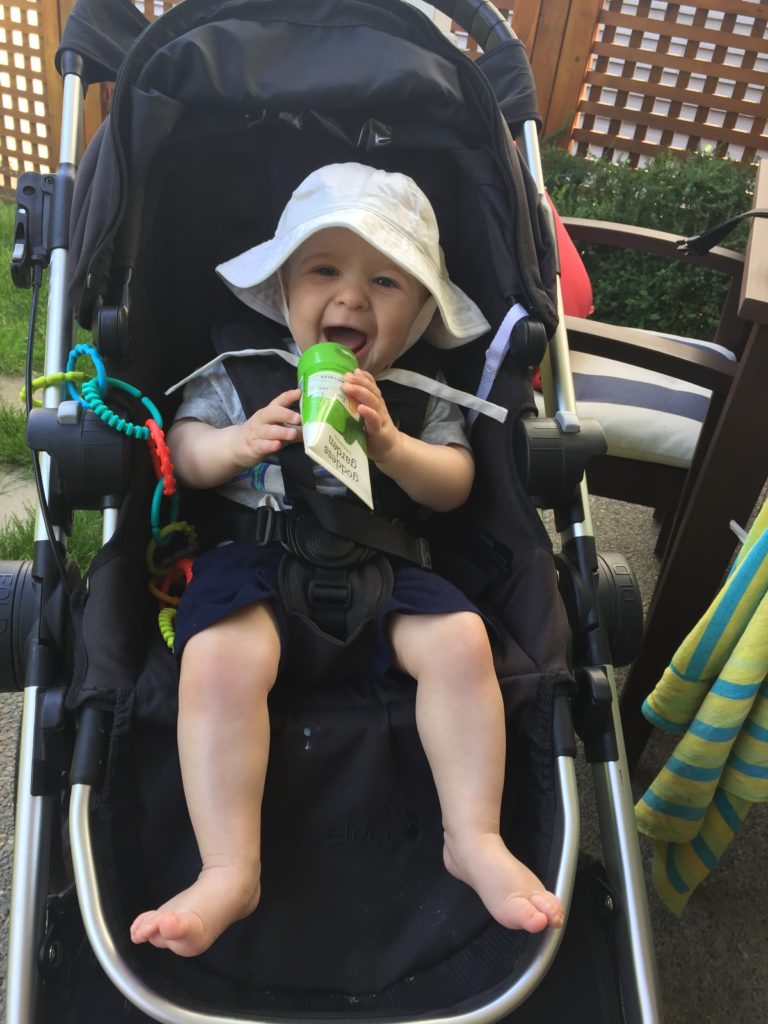 The visit to both doctors went very well and we got a great report. Ben is developing as a normal 12-month old kid should be. That’s music to any parent’s ears! Ben got his 12-month shots {MMR, Hepatitis A and pneumococcal booster} which we’re really happy about {though it was quite painful for Ben}, given the current measles outbreak, and he got a blood draw to check his hemoglobin. His iron levels were slightly low, which is common in preemies and breastfed babies, so we have to give him some iron supplements. 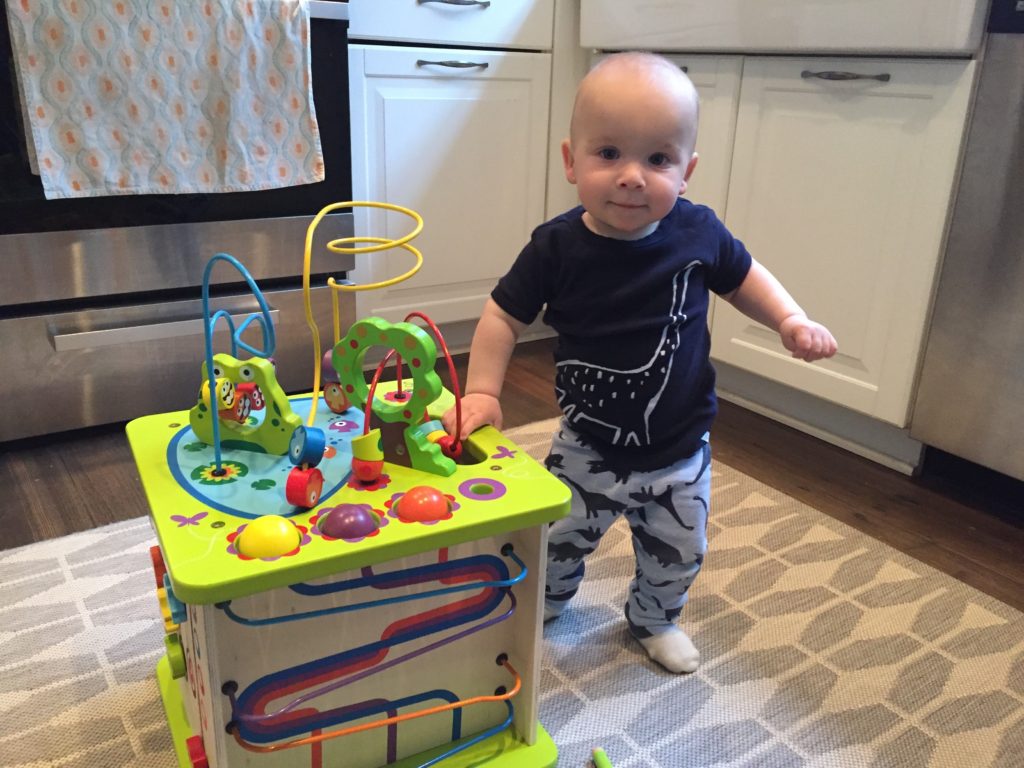 Development-wise, Ben is so close to standing unsupported. He keeps testing his balance more and more and he’s at about 10 seconds of standing without holding onto anything right now. It’ll come soon enough!

This last month has been so fun. Every month is my new favorite age. Ben has such a sweet, infectious personality. His little coy smile is so endearing and then when he giggles {always at the dog!} it’s impossible not to laugh, too. I love watching Ben move from one toy to climb something and back to a different toy and then across the room to climb something and then over to mama or dada for a quick cuddle and then back to being on his own. It’s just such a fun age. 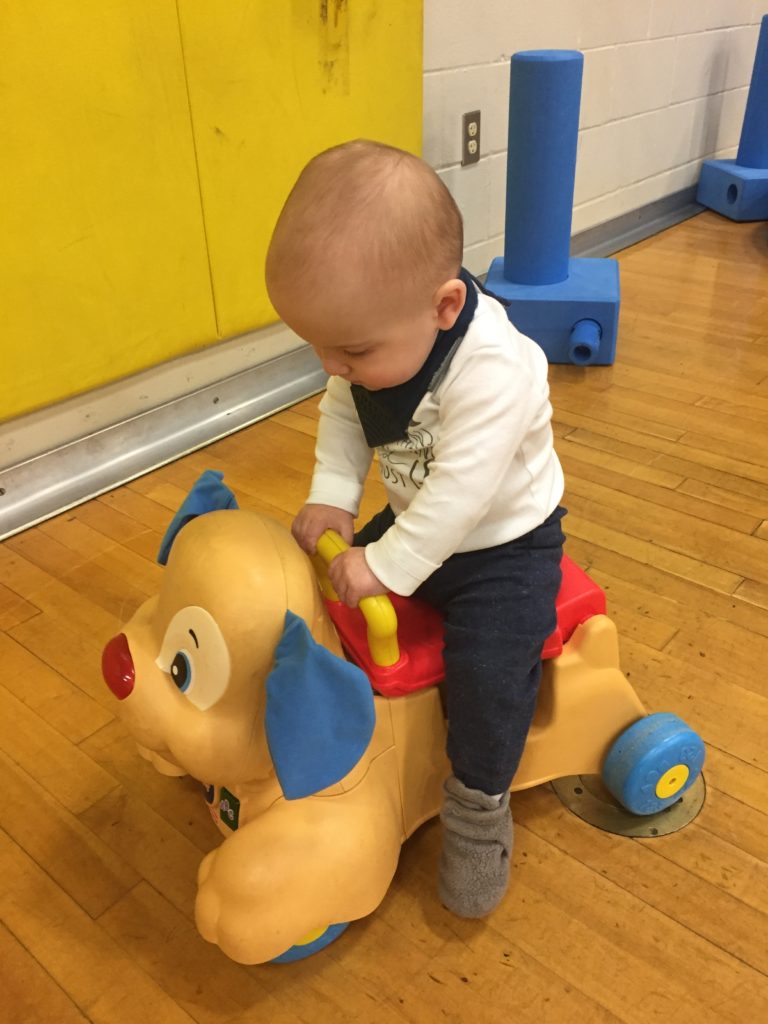 We were really excited for Ben to get some new toys for his birthday because we knew that his baby toys weren’t keeping him entertained and weren’t developmentally appropriate anymore. He got some really fun stuff for his birthday and it’s been so cool to watch him check out his new toys and figure them out. 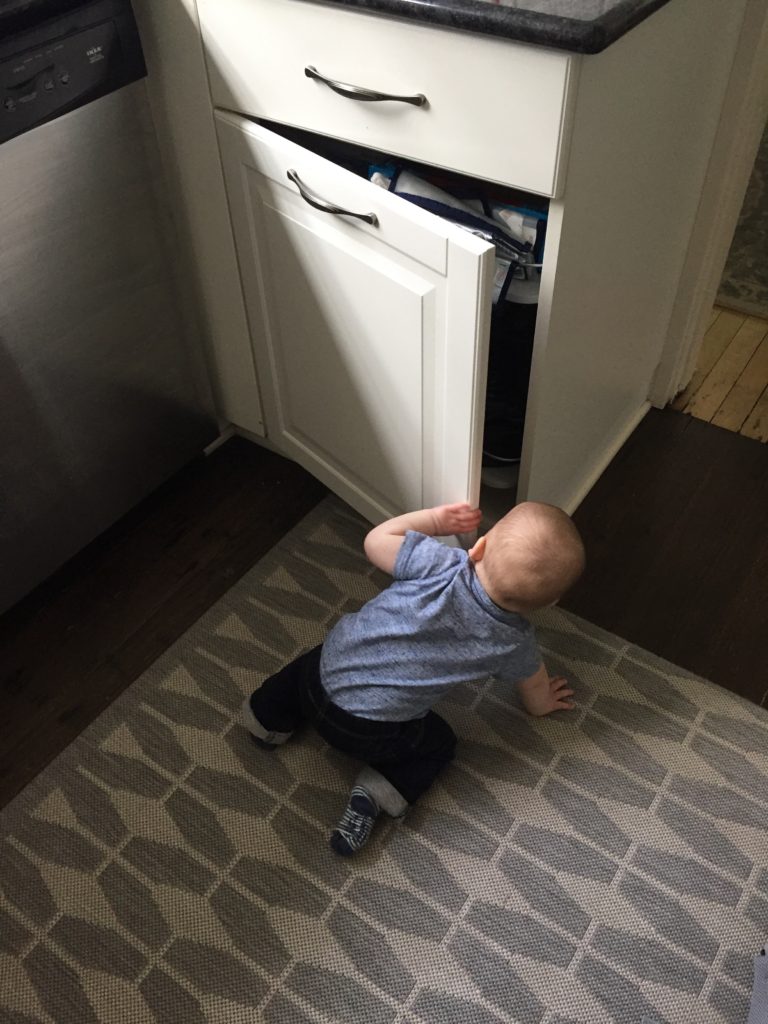 Ben has a four word vocabulary – he can say dada, mama, dog {usually “dog dog”} and yum. Per the doctor’s request, we’re going to start working on identifying objects and body parts. Ben’s homework was to be able to point to two body parts on command at his 15-month checkup. 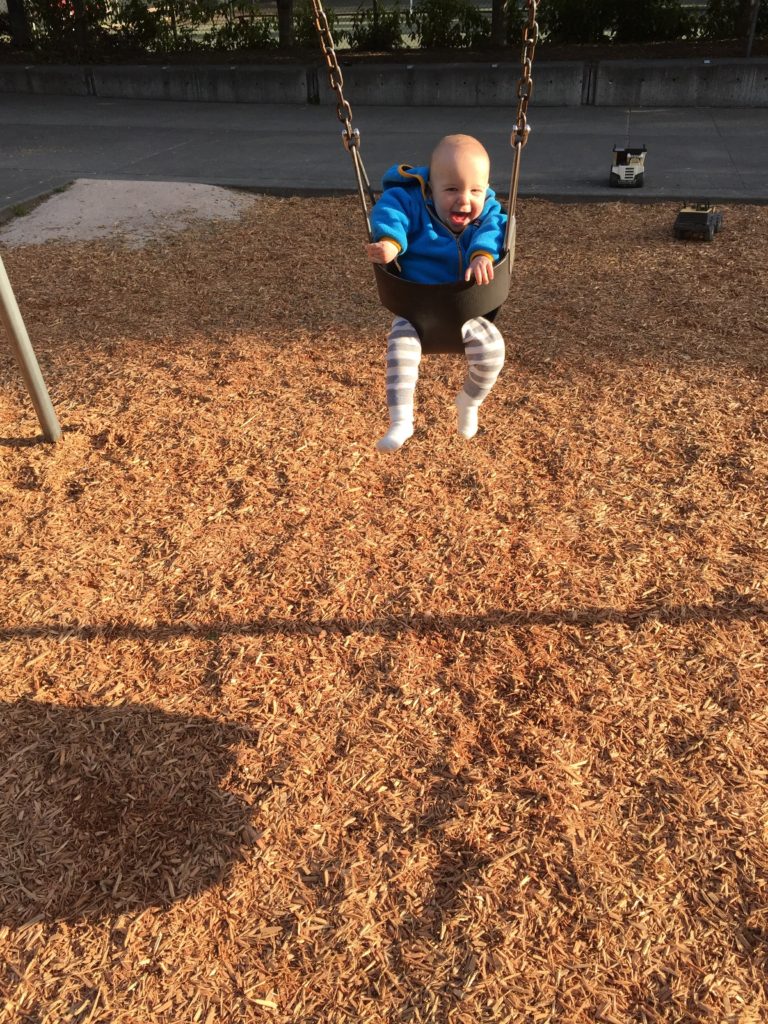 This last month Ben and I got together with two of my favorite nurses who took care of me when I was in the antepartum unit of the hospital during the last four weeks of my pregnancy. Kay and Katy were spectacular nurses and it was such a pleasure to spend a couple hours with them so they could get to know Ben. I will be forever grateful for the care I received while I was awaiting Ben’s birth. We also keep in touch with Ben’s primary nurse, Megan, from the NICU, but she moved to Colorado for the summer. 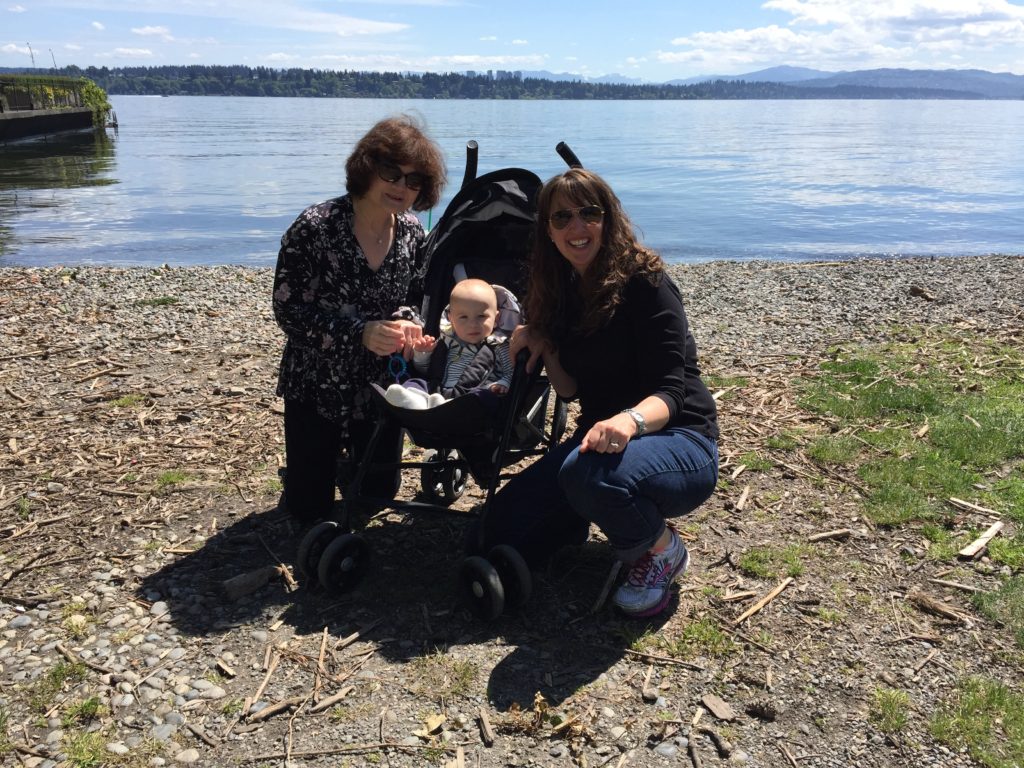 Ben has been much more engaged in reading these last few months. He has some strong preferences for books! His favorite is “The Pout Pout Fish” and he makes a good pout pout face: 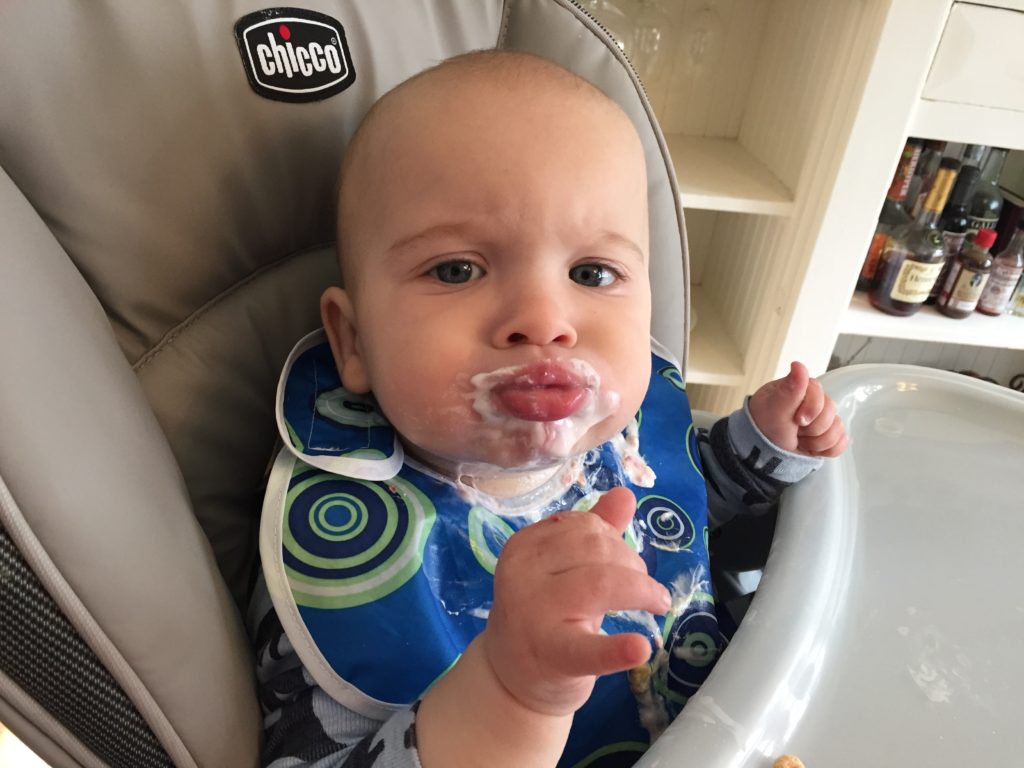 Ben’s eating habits have really taken off in the last six weeks or so. He is starting to feed himself much better and really take in calories. He has been relying on milk too much, though we’re starting to taper off and transition to him getting his calories primarily from food. He absolutely loves meat and cheese, which is not surprising in the slightest, given his parents’ preferences.

We are having a blast with our little boy and wishing we could spend all of our time with him. With summer on the horizon we’re looking forward to trying out our new hiking backpack, taking Ben to the beach, lots and lots of swimming, more picnics in the park and exploring the city with our new toddler.