Full disclosure: this post is entirely about pumping and breast milk. It may not be for you, though you may learn something from it or build more empathy towards new moms, so I’ll let you decide if you’d like to continue reading.

Ben never figured out breastfeeding and as a way to still provide him the nourishment from breast milk I exclusively pumped for him. I wouldn’t have been able to do this without Alex’s support. It was also extremely helpful to have a good friend who was also exclusively pumping for her twins. If she could manage two babies and produce enough milk for both of them I figured I could do it for one! 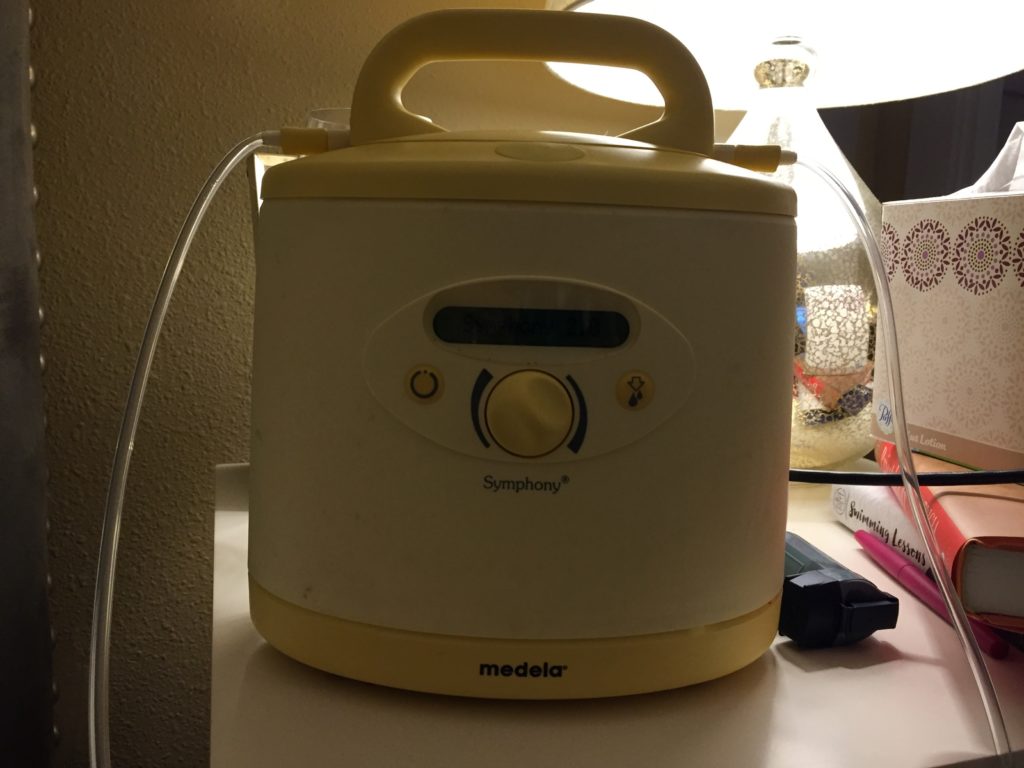 Tonight I pumped for Ben for the last time. I’ve spent an average of 3 hours a day for the last 359 days pumping. Sometimes I pumped at work, other times while getting ready in the morning or, awkwardly while driving. Sometimes I did it on the floor in Ben’s room while he was playing – after he could move he would wiggle over to me and try to pull out the tubes or chew on the pumping parts. Sometimes I pumped in bed, half asleep, watching Netflix. I spent hours pumping at Ben’s bedside when he was in the NICU last summer. I pumped in the middle of the night every night {sometimes twice} for the first five months of his life. Pumping was a part-time job.

I spent 34 days of the last year pumping. It floors me to have realized I spent more than an entire month out of the last year attached to my pump. Thinking about it like that makes me realize what a sacrifice it really was. It became so habitual I simply planned my days around it and that was that.

If I had to go back and do it all over again I absolutely would. Especially in the beginning of his life we saw tremendous benefits and I think some were as a result of Ben having breast milk. I do hope that someday I’ll be able to experience true breastfeeding. But, if not, I’m not afraid of formula and I’ve already exclusively pumped once, so I can surely do it again.

Recently I learned of several acquaintances and friends who had premature babies. All of these mamas ultimately had to exclusively pump, at least for a while. It made me reflect on my year of pumping and I have a few pieces of advice:

Good luck mamas! You can do it!!