The weather in Seattle this past weekend was nothing short of amazing! The sun was out… the birds were chirping… it hit 70 yesterday… the flowers are blooming… leaves are really starting to emerge… I don’t think I have seen a cloud since Wednesday or Thursday of last week. It has really been a treat to live in Seattle this spring (which started in January). Well, except for the fact that we got gypped on our ski season. 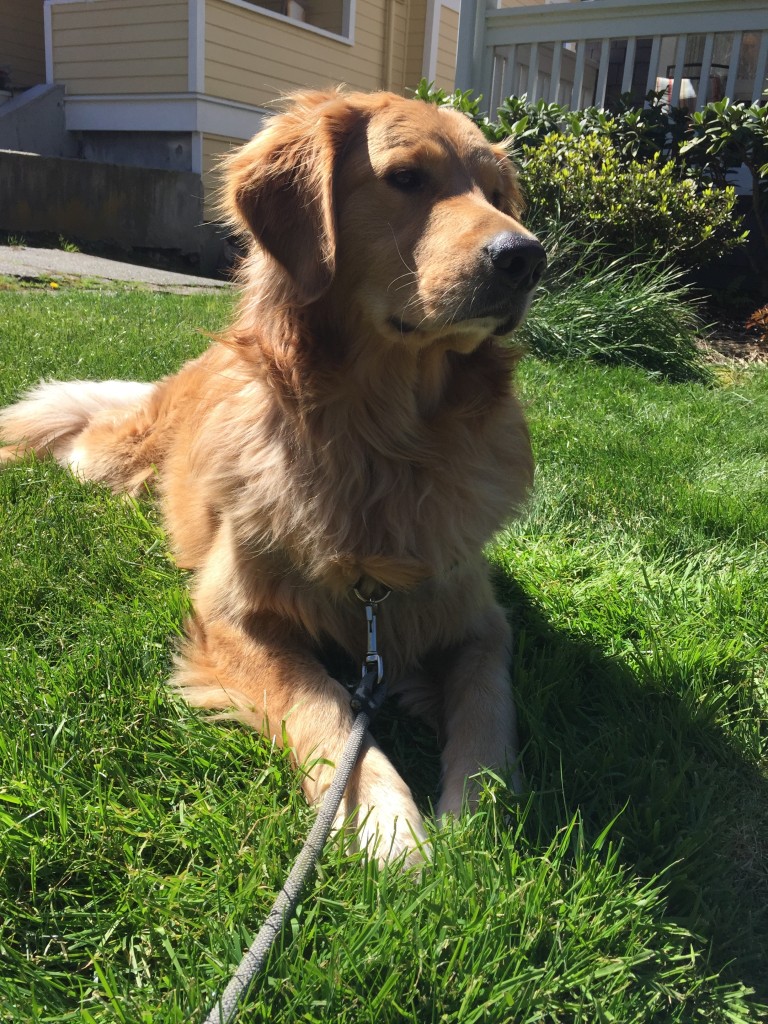 Much like the weather, our weekend was fantastic. It always goes by too fast, but we really enjoyed it. Our Friday evening started out with a delicious glass of rose on the porch. 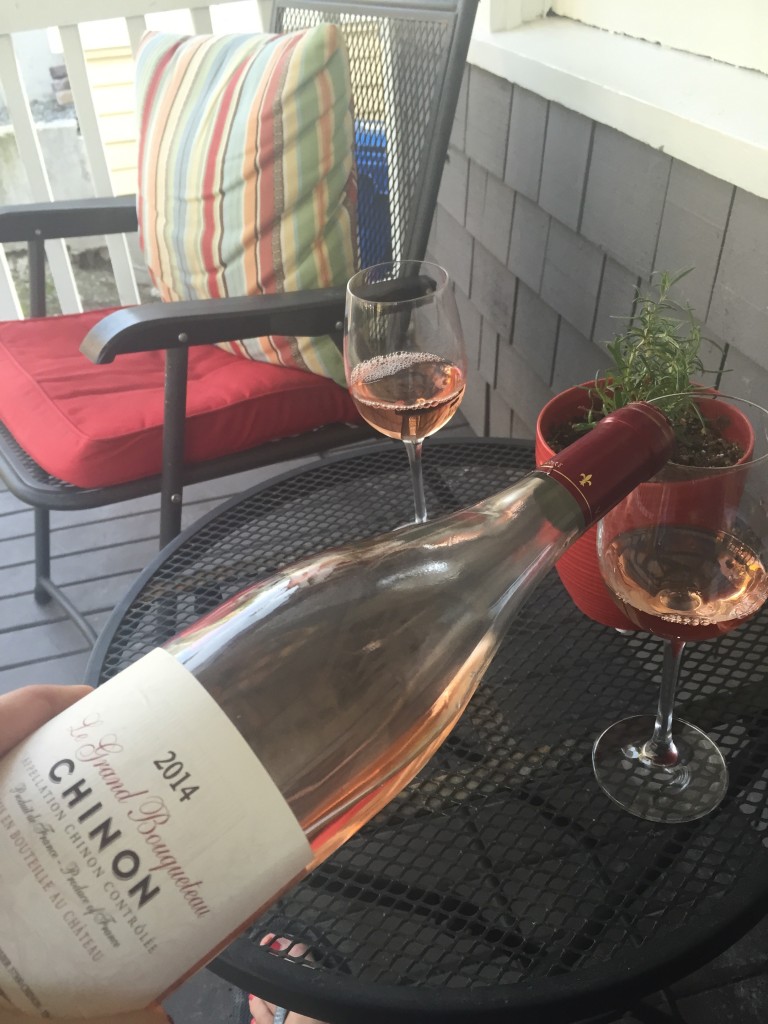 We made spontaneous plans with Patrick, Carrie, Ryan and Mary to meet up Friday evening for dinner and drinks, so after our glass of rose, we headed over to Phinney Ridge, which is the neighborhood that the Millers live in, to grab some dinner and catch up. We ended up settling at Cornuto for traditional wood fire Italian pizza which was excellent! From there we went across the street to a German bar called Prost where the group split a boot of beer. 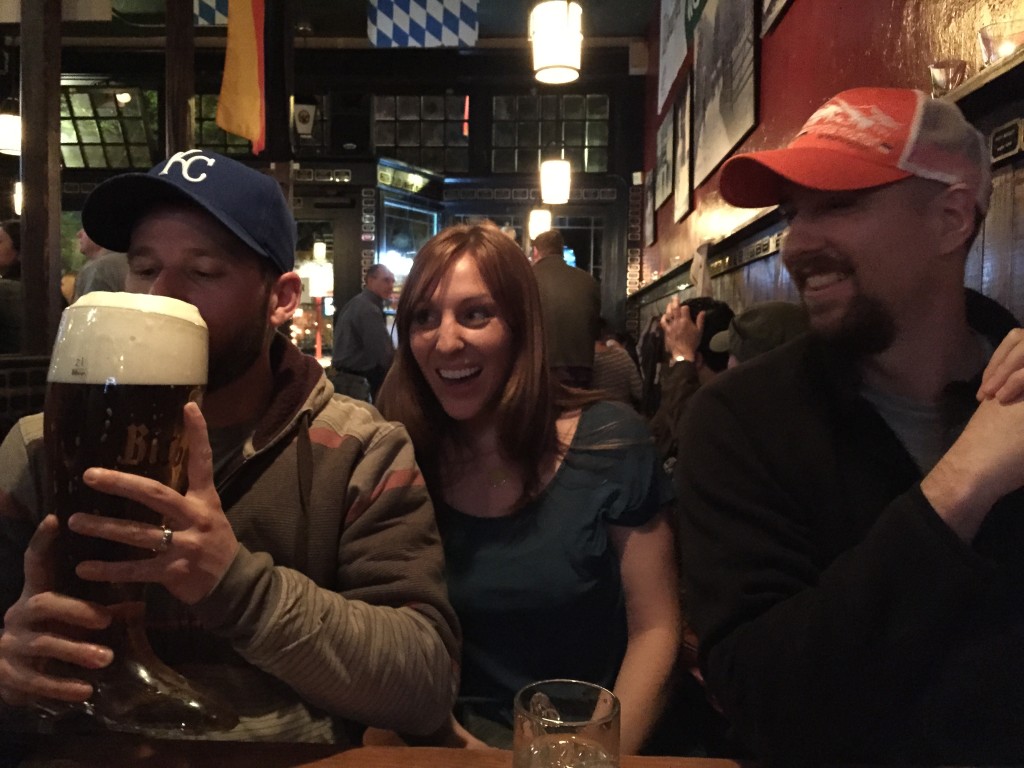 Alex’s plans for a long bike ride on Saturday morning ended up changing, so instead of riding his bike around Lake Washington we went for a run with Jackson through the arboretum. I am “training” for a half marathon, which I’ll do in September with Ryan and Mary, but right now I am just working on running short distances a few times a week to build up a good base. My biggest challenge currently is figuring out Jackson’s capabilities and limitations and also mapping out routes. We live on top of a very steep hill, so it’s nice to have a good 3 mile route that doesn’t involve a very steep climb back up. I am still trying to find that one! 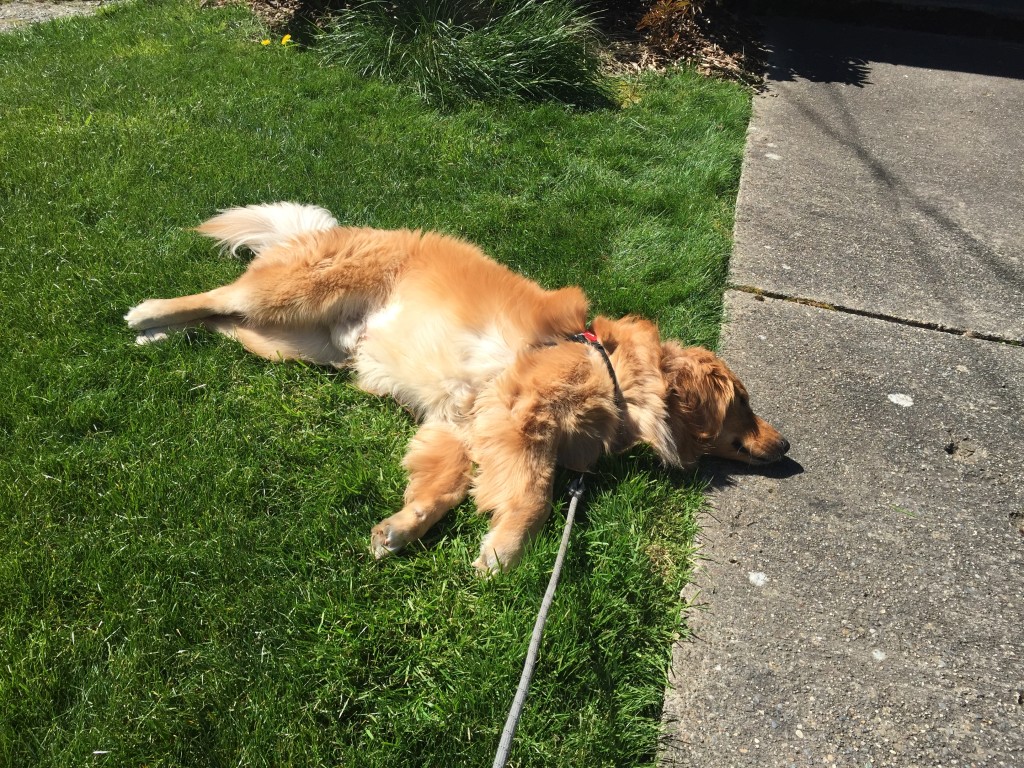 Saturday afternoon was spent taking care of some projects around the house. I cleaned out the bathroom cabinets, washed the shower curtain liners and scrubbed the grout in the shower. Dear heavens will someone please remind me when we renovate our bathroom {this fall/winter??} to not pick those impossible to clean half inch by half inch mosaic tiles?!?! Thank you. So, while I was scrubbing those half inch by half inch tiles with a toothbrush, Alex was organizing our storage room and hanging some stuff on the walls, along with touching up some paint and stain around the house. 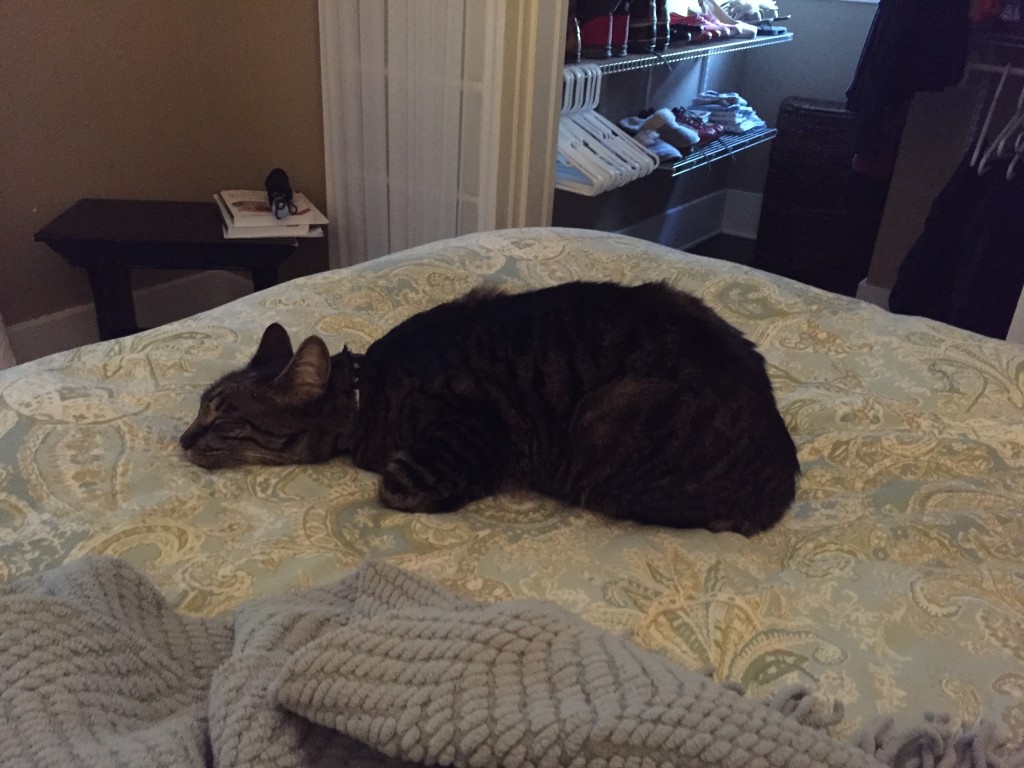 It was great to get some stuff done, but we had a big night ahead of us too! Saturday evening we spent at a fundraiser for PAWS, which is a really neat organization that essentially rehabilitates domestic and wild animals and either sets them back out into their natural habitat or facilitates adoption of pets. The fundraiser was very elegant and it was really an evening focused around an auction. There was both a silent auction and a live auction. I had never been to a live auction before, so I was having a great time raising my paddle at completely inappropriate times, much to my husband’s disapproval. I did come away from the silent auction winning a Pilates gift certificate to a studio I had emailed just that day to try out, so now I’ve got myself a private lesson and 5 group classes!  The event raised more than $500,000, so I’d say that was a success. 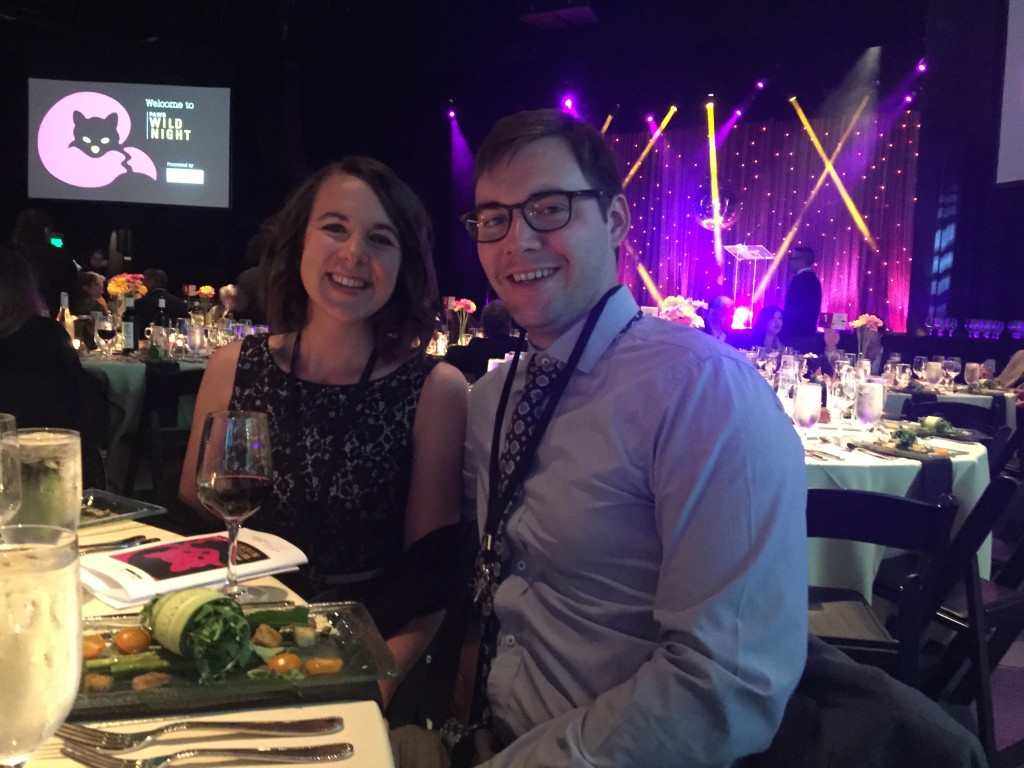 We left the fundraiser a little early to make it downtown to the Showbox to meet Ryan and Mary for the Lord Huron concert. We all really enjoyed the music, but {in Alex’s words} the mix was off, so we couldn’t really hear them sing. Kind of an important component to a concert, but at least the music was nice! It was too early to call it a night so after the show was done we headed down towards the water to our old stomping grounds, Zig Zag, which was a block from our old apartment, for a nightcap and a cheeseburger {did I mention the dinner at the event was vegan? I suppose that makes sense for an animal-supporting fundraiser…}.

Sunday morning came too early. I almost never drink cocktails or mixed drinks because liquor does not agree with me, but my one cocktail at the concert ended up being one too many, so unfortunately, I spent the better half of the morning sleeping that off. By noon I had rallied and was ready to go, thankfully! 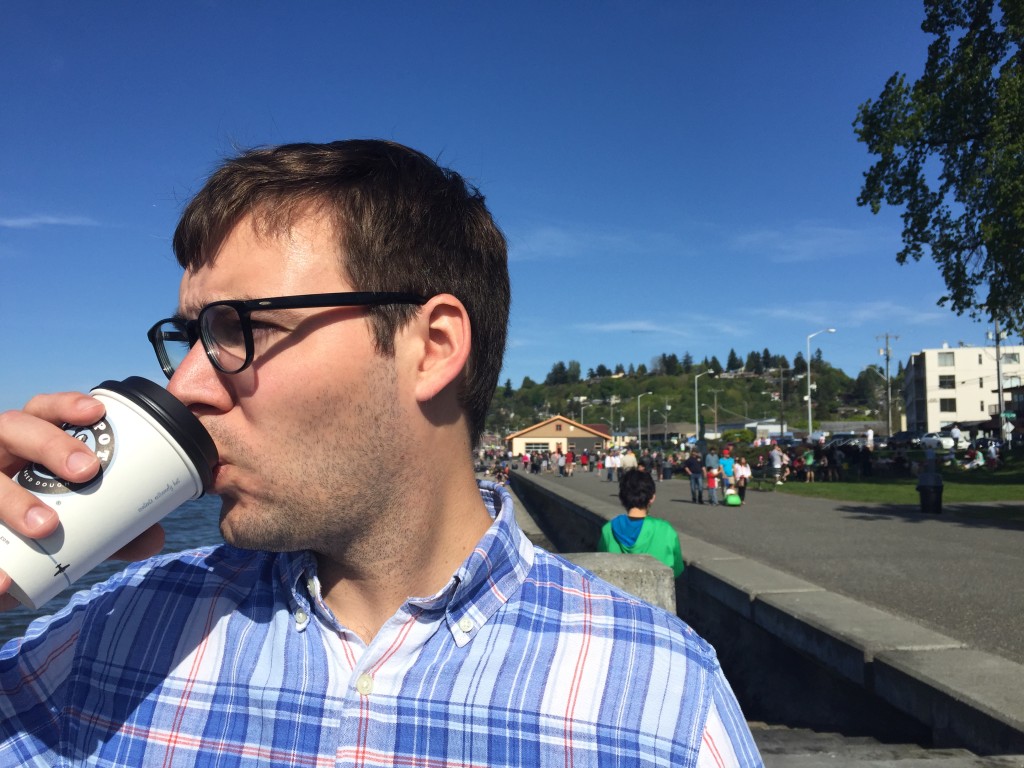 We got a few things taken care of around the house then hopped in the car to head off to Alki Beach, which is over in the West Seattle neighborhood. I had never really spent any time on Alki Beach, but it is on Puget Sound in a more open part of the sound, not tucked into Elliott Bay like downtown is. It boasts excellent views of the Olympic mountains, absolutely fantastic sunsets and you can sit and watch the ferries go by. There’s a cute little beachy vibe down there with fun restaurants and a few shops and a legitimate beach. 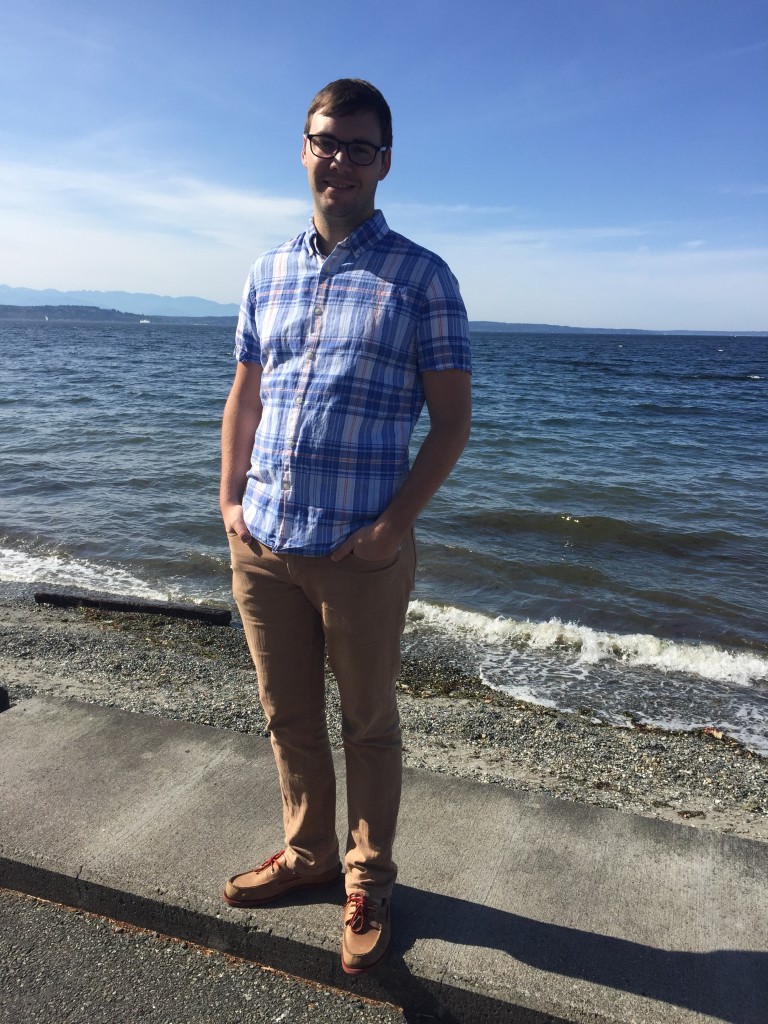 Seattle is such an amazing city and I continue to be surprised by exploring new pockets of the city or stumbling upon new neighborhoods. It truly is a city of neighborhoods – each one diverse and unique in its own way. This weekend was a really fun “Seattle” weekend where we got out and hit a bunch of different parts of the city – we started on Friday night in NW Seattle in Phinney Ridge, then Saturday worked our way down into Fremont, then downtown, and Sunday in the SW part of town, West Seattle. It is my intention to continue exploring our great city this summer. There is still a lot that I haven’t seen before. 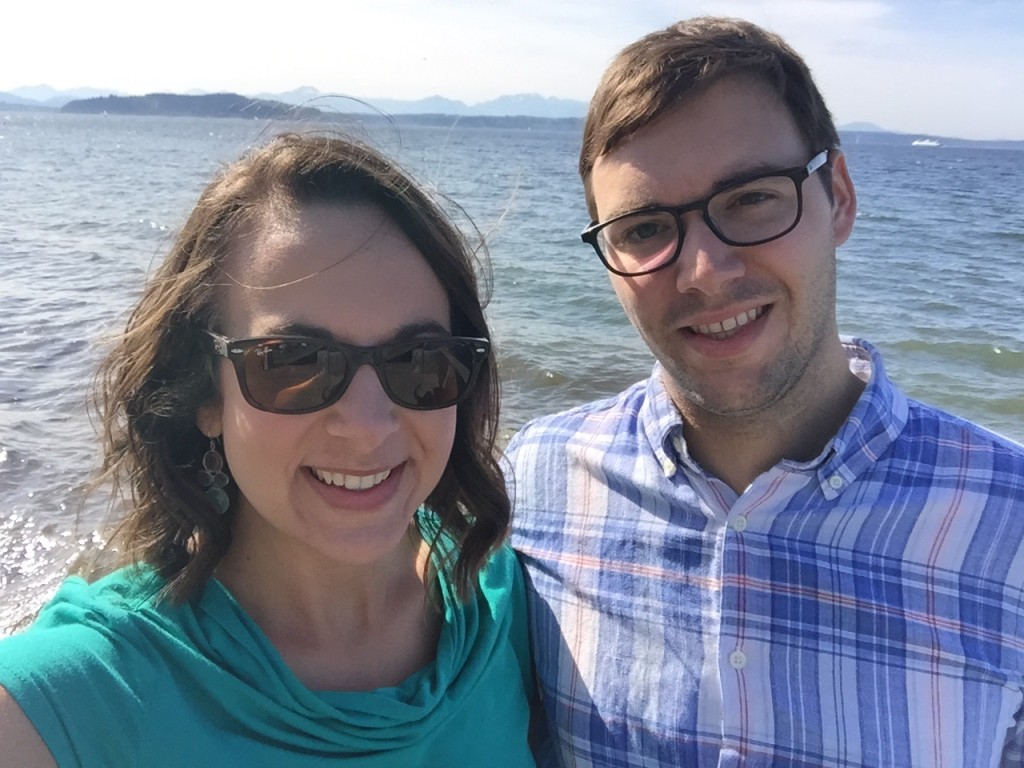 Anyway, after our walk along Alki {and stop in the doughnut shop} we headed up the hill to my cousin Chris and Heidi’s house to meet their new baby! I had been dying to meet him since he was born on Thursday last week, but Heidi had a rough recovery and needed to rest up. They arrived back home on Saturday and began welcoming visitors the next day. Baby Henry Paxton is just adorable. He has really dark hair and super soft peach fuzz on his little cheeks. He slept the entire time we were there and was just a gem. I am so excited to have a family baby in Seattle who I can watch grow up!

What an amazing weekend we had… now it’s Monday and time for me to go to work!