Alex and I flew back to Illinois one last time this past weekend to celebrate the nuptials of my wonderful college friend and roommate, Julie, and her now husband, Ryan. Conveniently, Julie grew up in Geneva, Illinois, which is the town right next to Batavia, where Alex’s parents currently live. It works out quite well when I can squeeze in a visit with Julie when I am staying in Batavia with Alex’s parents, and for this trip, it was extra nice since the wedding was so close!

We arrived really, really late on Thursday night/Friday morning. To kick off the wedding events I met Julie, the other bridesmaids and the MOB {mother of the bride!} for coffee in St. Charles, one block away from where the wedding was to be held. I was exhausted to say the least. I’m sure I didn’t make the best company, but it was really nice to see the bride and her entourage while enjoying a delicious cup of coffee.

The weather while we were in Illinois was so nice! It was crisp and cool and I don’t think I saw a cloud the whole time. I was fortunate enough to get two long walks along the Fox River while I was there, one happened to be on Friday afternoon while Alex and Stan were off on their own adventure.

As a member of the bridal party I had rehearsal duty to tend to. The rehearsal and dinner went off without a hitch!

After the rehearsal we made a pit-stop over at the Bailey’s home. The Baileys are family friends of Alex’s parents and recently moved into a new home just seven minutes from Alex’s parents and are almost done with a major renovation. We got to see the house over the summer when it was amidst construction, so it was fun to see all of the progress, particularly Nora’s dream kitchen. Just like my in-laws, I simply adore the Bailey family and always enjoy seeing them when we’re back in Batavia.

Saturday came bright and early and I ventured off to be a bridesmaid for the day while Alex spent some time with his family. His nana, sister and brother in-law all came over to his parents house, so they got to catch up all afternoon while I was gone doing wedding stuff. 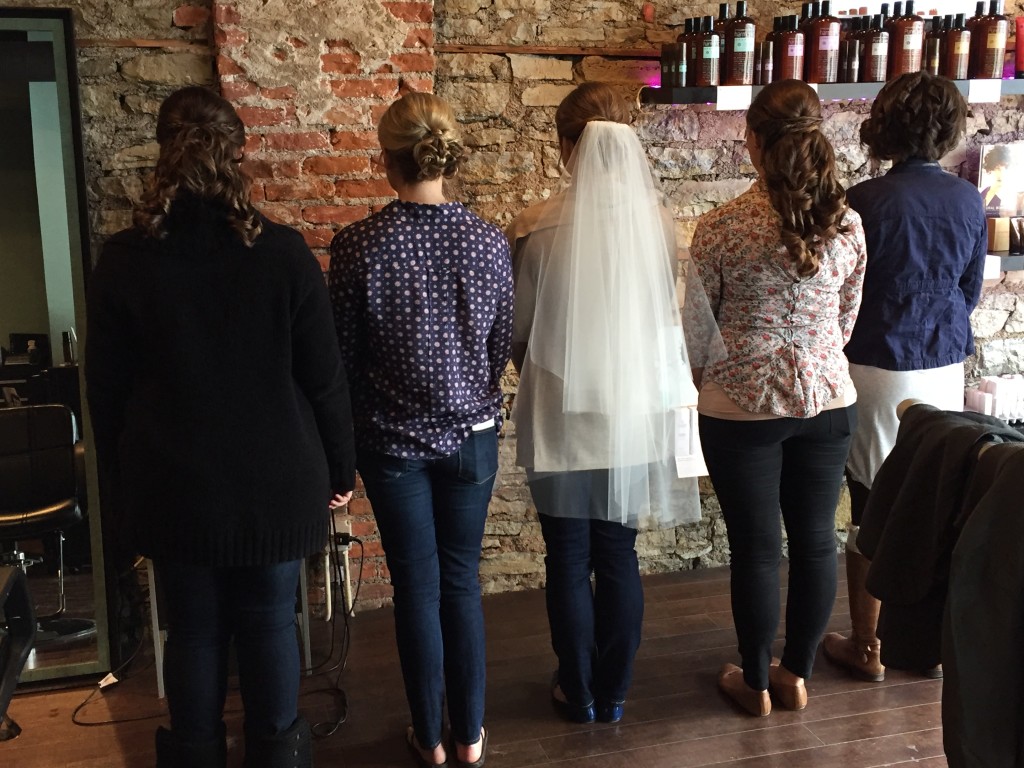 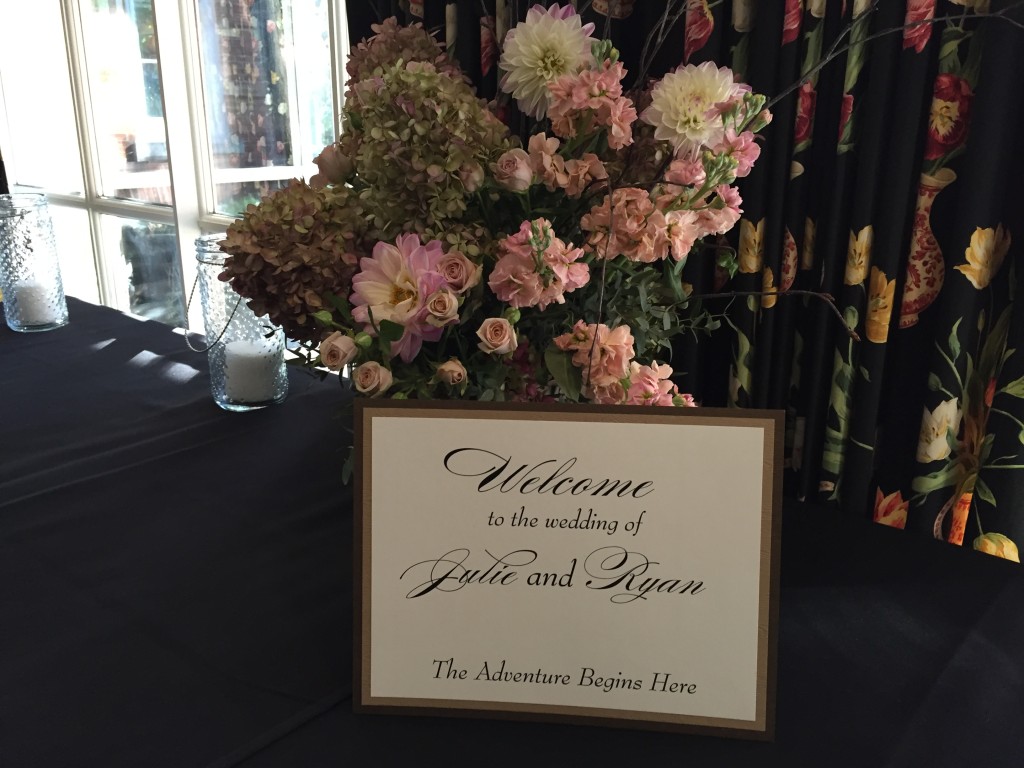 Julie and Ryan’s wedding was really nice and I so enjoyed being a part of their celebration!

The final full day of our trip was a big and busy one, too! Donna invited her whole family to come watch the Bears game at their house so we could have the opportunity to see people. Thankfully we had a “small” group of only 18 family members who could make it. It was a really nice size group because we were able to spend time with everyone and not feel overwhelmed. Alex has a truly wonderful and loving family and it is such a blessing to be a part of it.

Our last hurrah in Batavia was enjoying Pizza Villa pizza and beer nuggets for dinner while watching Mrs. Doubtfire on Sunday night. Pizza Villa is a restaurant in Alex’s hometown of Dekalb and he has fond memories of eating beer nuggets {basically little pieces of pizza dough that have been fried with Italian spices and you dip them in marinara} and wanted a bit of nostalgia. 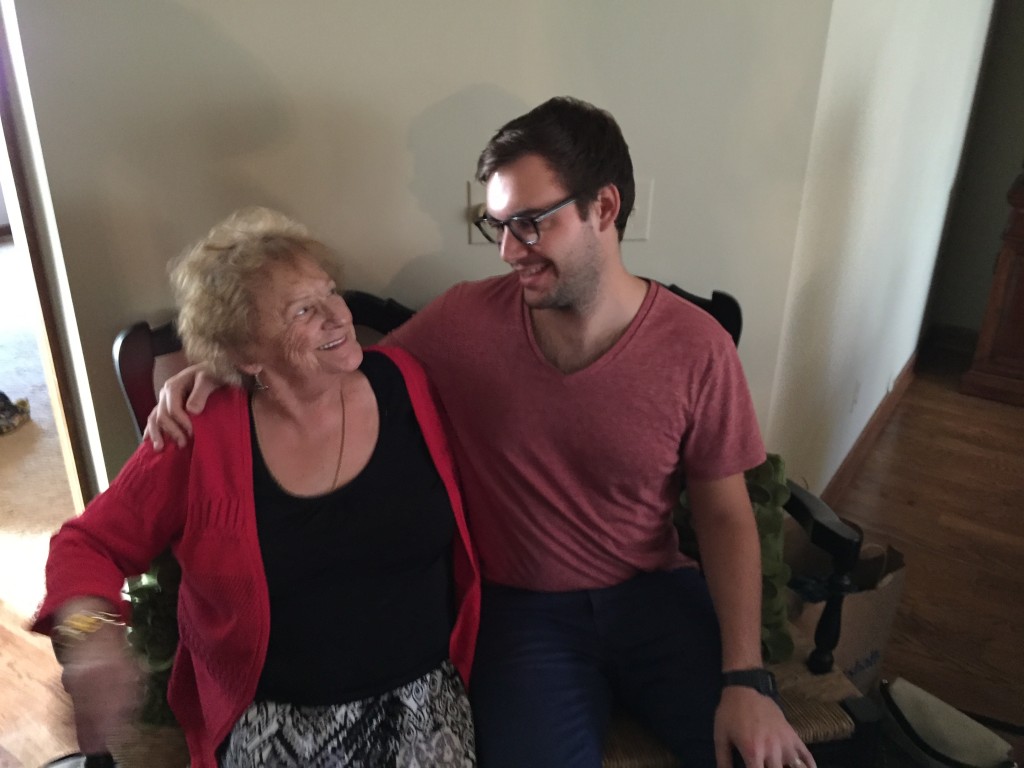 And just like that, our last planned trip to the Midwest of 2015 is behind us! Thanks to our friends and family for being so accommodating and we hope to see you soon 🙂