We are a week into our bathroom reno and have only hit two snags. I’d call that a success! Demo went very smoothly and things are happening FAST! 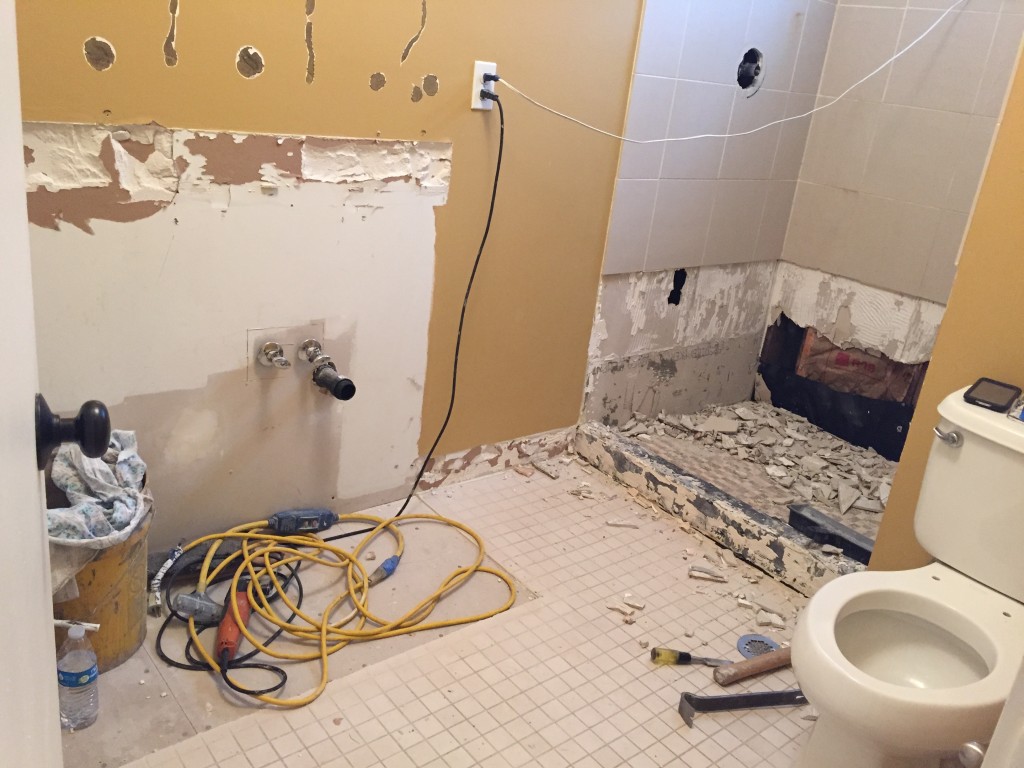 Our tile has arrived and it is patiently awaiting its installation. It’s hard to see it all in boxes and not get excited and want to lay it out on the subfloor to get an idea of what it will look like. I’m being pretty patient, I think, though. And supposedly our vanity has arrived in Seattle and we’ll receive it this week. I’m not holding my breath on that one because we still don’t have our new chairs for the living room… 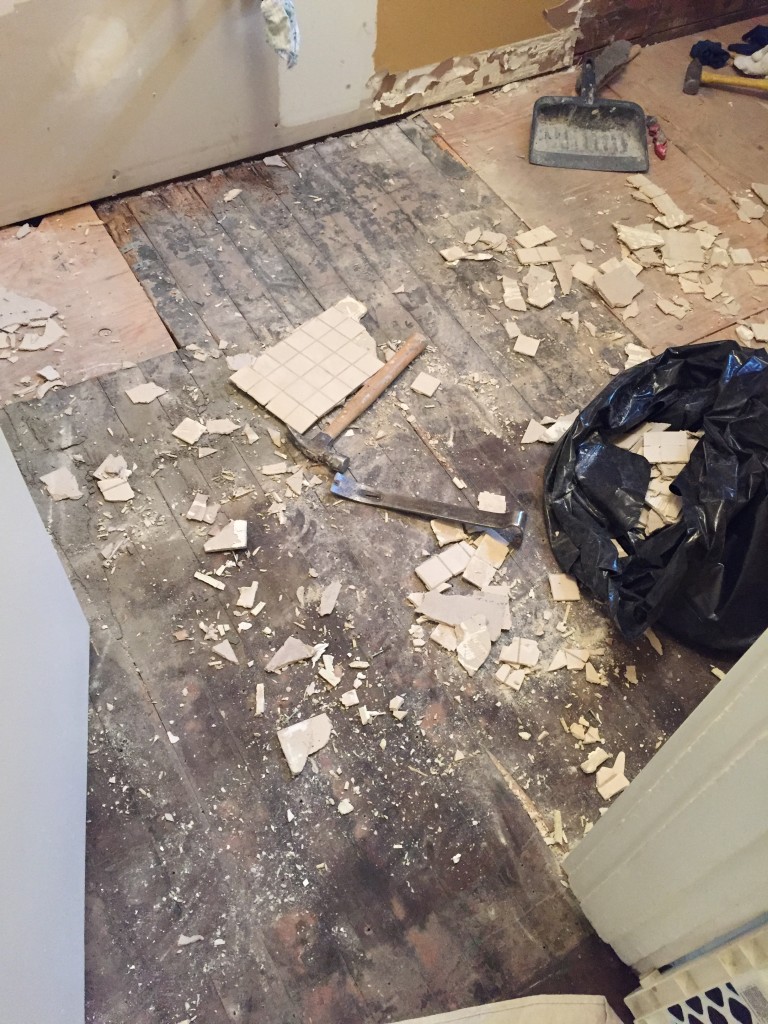 The snags we are faced with are simply due to the old age of our house and the numerous renovations the house has seen. The wall in the shower ended up basically being a wave from top to bottom. The crown in the 2x4s that are framing the shower walls is upside down, which means that the wall bows out the wrong way. To make up for the inconsistencies, the framing along the entire wall {inside and outside of the shower} must be shimmed up to be “plumb” {aka “level”} so that the drywall is even across the whole wall. 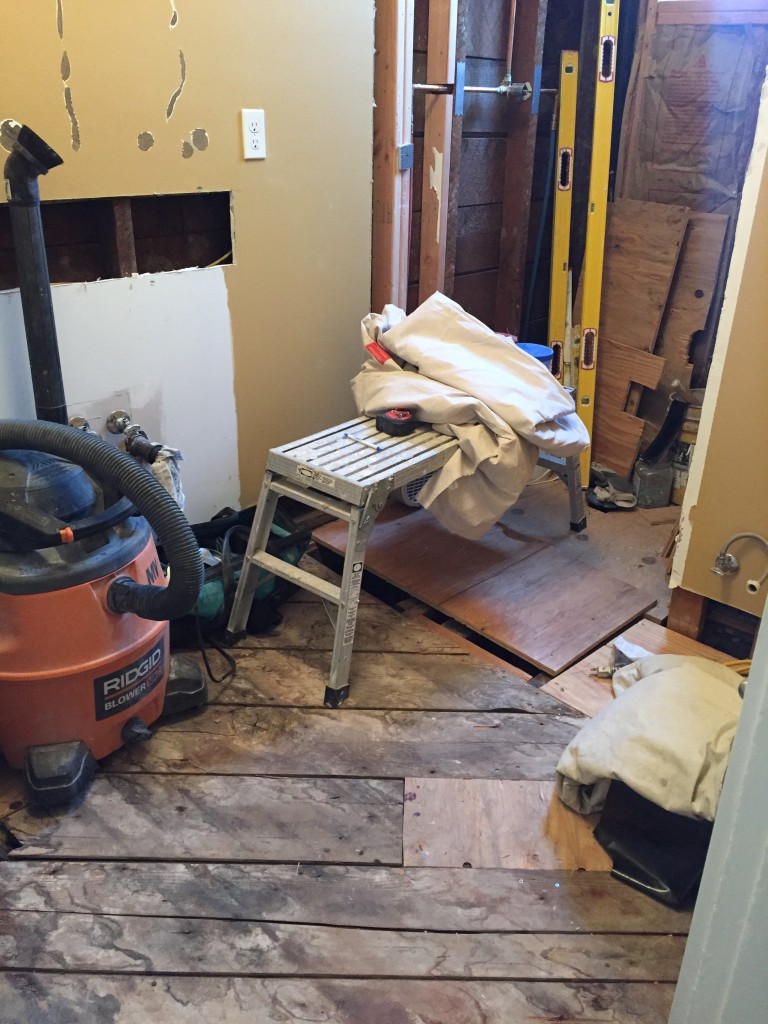 Additionally, the floor has seen a number of renovations and it appears that with each renovation a chunk had been taken out of the subfloor and patched with a different thickness of plywood. The {original 100 year-old fir floor + patches} floor ultimately had to be cut out and they replaced it with plywood that is even and smooth throughout.

All of these “snags” were fairly expected, with the exception of the wall. It would have been a miracle to have gotten through this renovation without any surprises, so we were anticipating having to deal with some unexpected changes. Our tile contractors are absolutely fantastic and it turns out that our tile installer is a former carpenter and drywall contractor, so he is highly capable of fixing the wall and the floor. We are in good hands and things are coming along really nicely!