Henry had a big adventure in the neighbor’s garage where he spent 11 days. One of the roommates who lives in the home two houses down from us had noticed our “lost cat” signs all over our street and then on Thursday night last week he heard meows coming from the garage. Sure enough, there was our Henry cat. Cameron grabbed him and carried him to our house and somehow Henry didn’t fight him.

Henry came home in good spirits. He lost quite a bit of weight and strength, so he has been spending a lot of time recovering over the past days. He is eating and drinking, purring and rubbing up on everything in the house, especially Jackson. Since his return he has put on a couple pounds and seems to be much more alert and wanting to be in the action, particularly since Sunday.

He still has a little ways to go before he gets back to normal, but he has made a really remarkable recovery. We are so happy to have our Henry cat home. 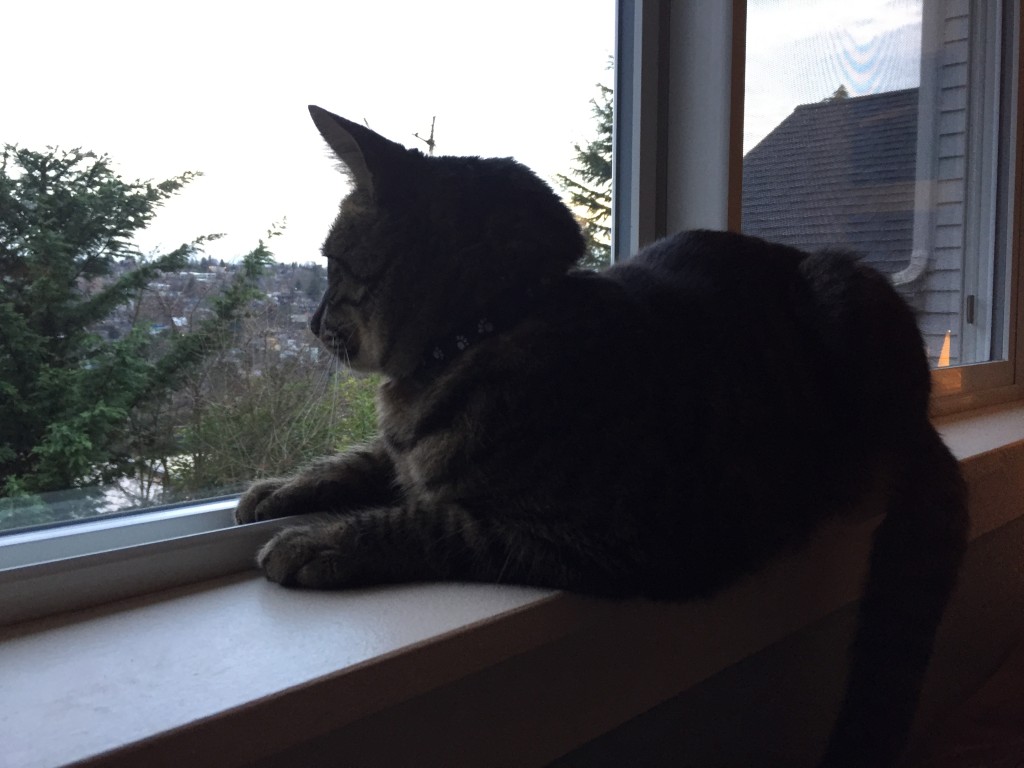 Just for the record, I did speak directly to the guy who owns the house where Henry was trapped and specifically asked him to check his garage to make sure Henry wasn’t in it. It’s been really, REALLY hard not to be mad about this, but we are focusing on what’s important – Henry’s return. We are so thankful that Cameron was keeping an eye out for Henry and was able to hear him making noise. Our neighbors are so kind and have been really supportive during this time. We are happy, though, to get back to normal.