In her tenth month, Hannah went through some major developmental milestones and has come out the other side officially as a mover! Now that she’s finally mostly healthy after a brutal cold/flu season she’s becoming an independent, on-the-go baby who is showing signs she is getting ready to turn into a toddler. 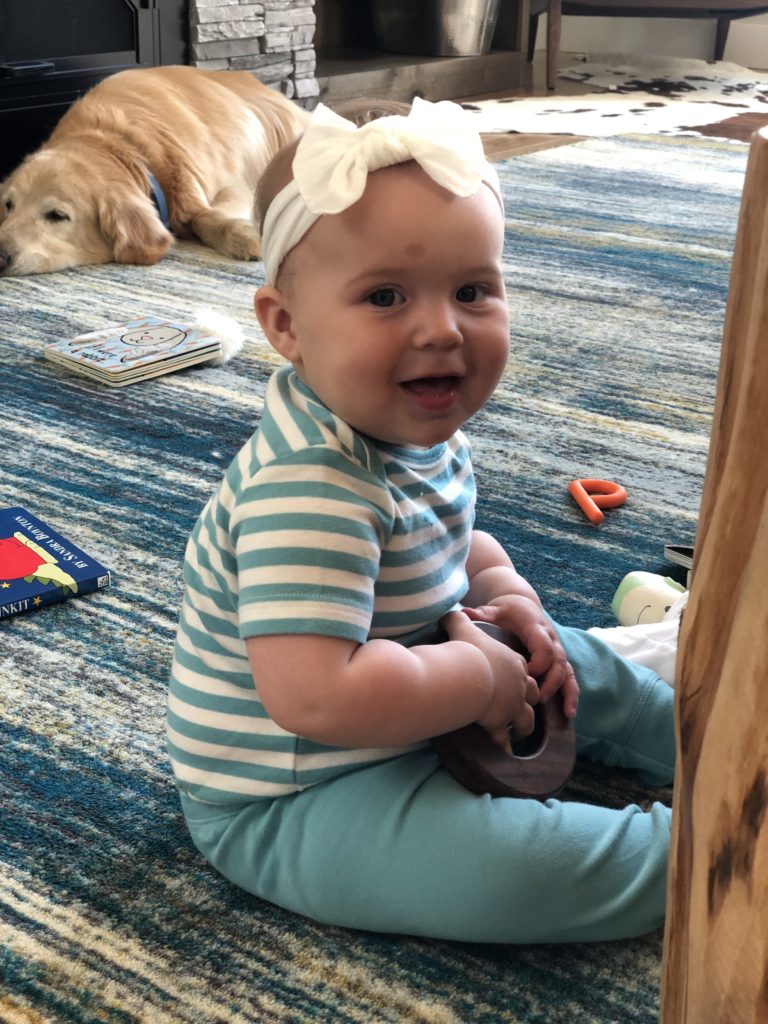 Hannah had a rough bout of all of the viruses this cold and flu season and has a fresh runny nose right now. I noticed during the last two months how much that was affecting her sleep and her disposition and now I’m happy to report she’s back to her normal chipper self, even with the runny nose! It also seemed like her health was working against her interest or ability to hit some developmental milestones. 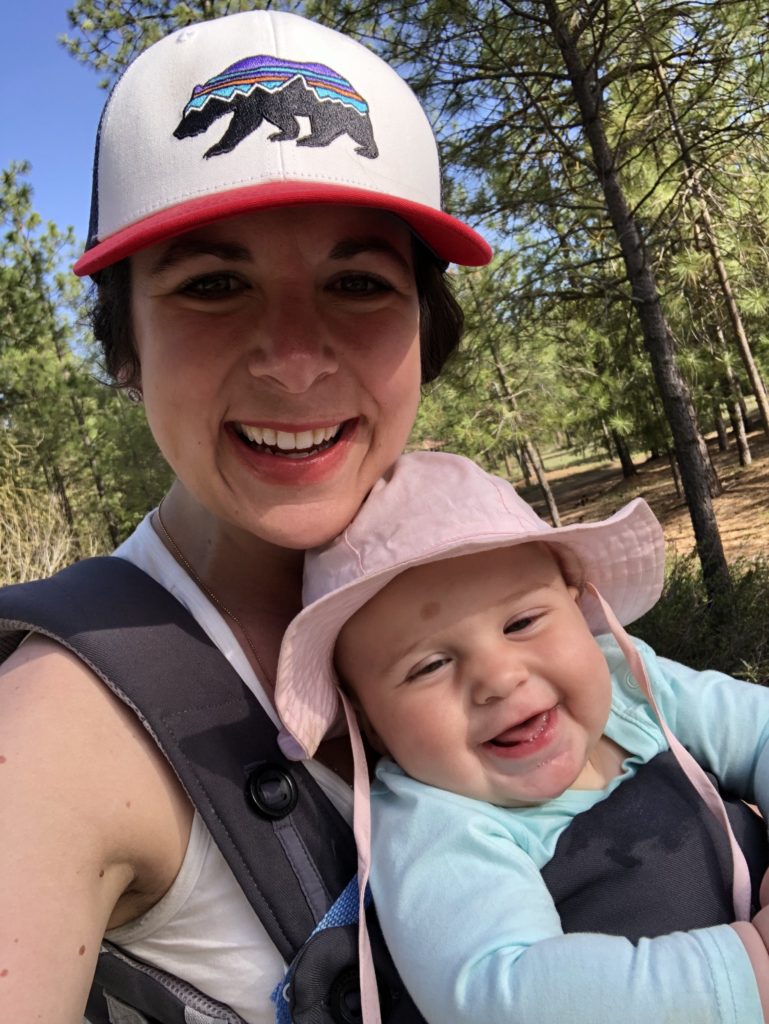 Within the first two days of finally not being sick, last week she figured out crawling and pulling herself up to stand and both of those days she slept through the night for the first time in a while. These little babes sure do have a lot going on in their little bodies. 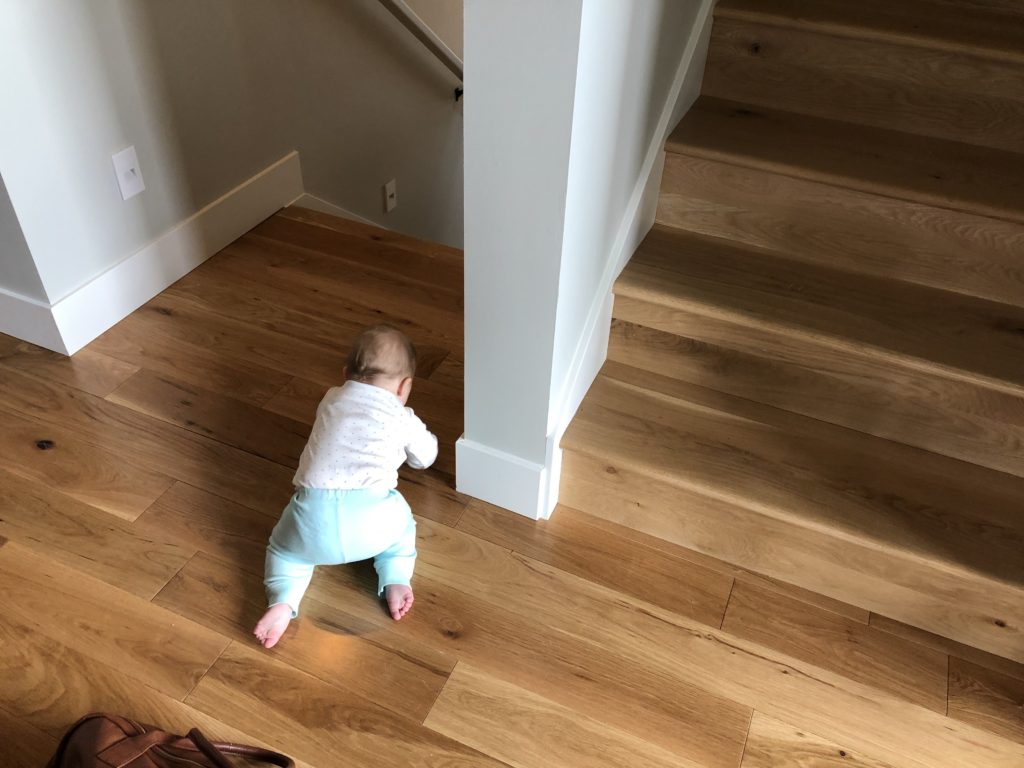 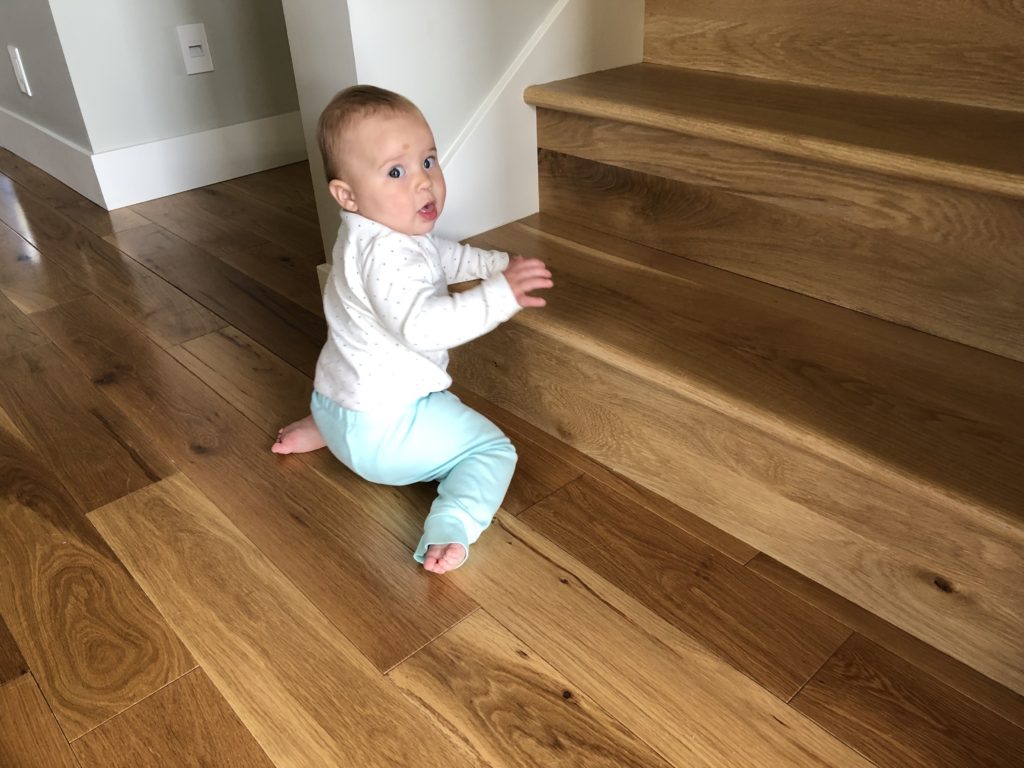 Hannah has been mobile for quite a while, she just wasn’t formally crawling. Now that she has figured out she can crawl all over the house and get Ben’s toys or come climb all over Jackson she is enamored with life. This last week has been nuts chasing her around but it’s been SO fun. She’s having a blast with this newfound skill of hers.

Last week we transitioned Hannah to a big kid car seat. It can also be used for infants, so it’s really not a big deal, it’s just significantly more plush and comfy. I’m not sure if the timing of this happened to coincide with her feeling better or if she’s just that much happier in the new car seat but I saw a significant difference in her disposition in the car after the switch. 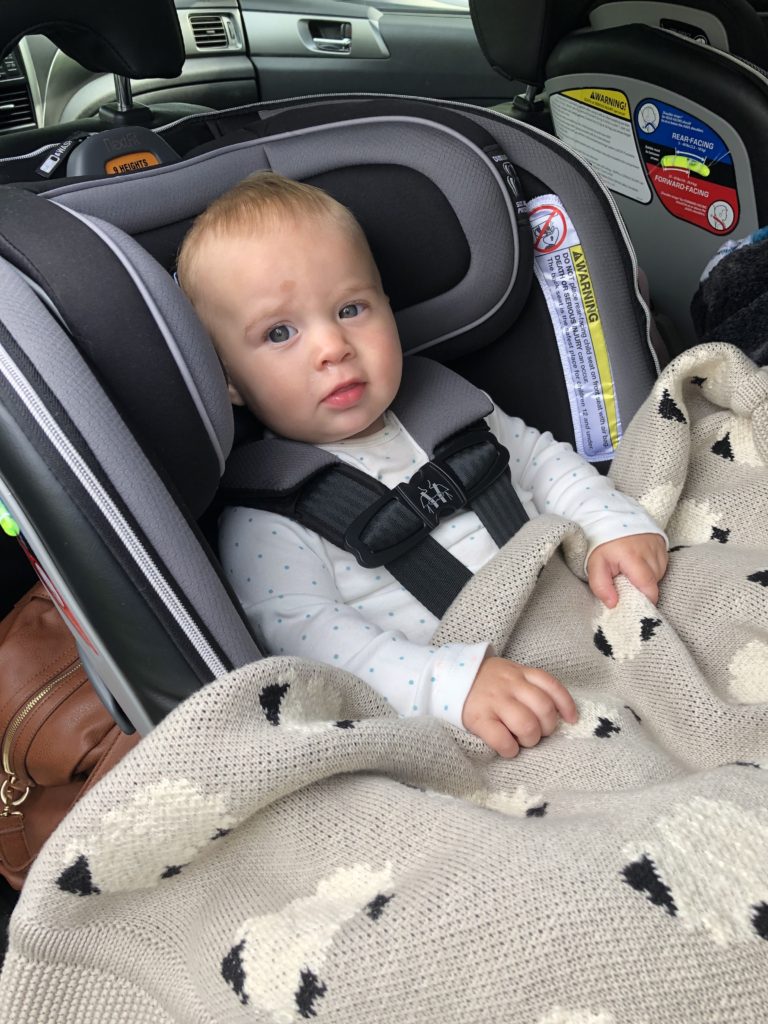 Hannah is extremely loud! She has an opinion and she’s not afraid to share it – her squeals of excitement or the enthusiastic full body wiggles when she sees food she likes are a day brightener, and then there’s the times when I swear she’s going to make me go deaf by expressing her displeasure in something, usually getting a non-baby toy taken away from her or getting laid down on the changing table. Or any time in the car {before her new car seat}. 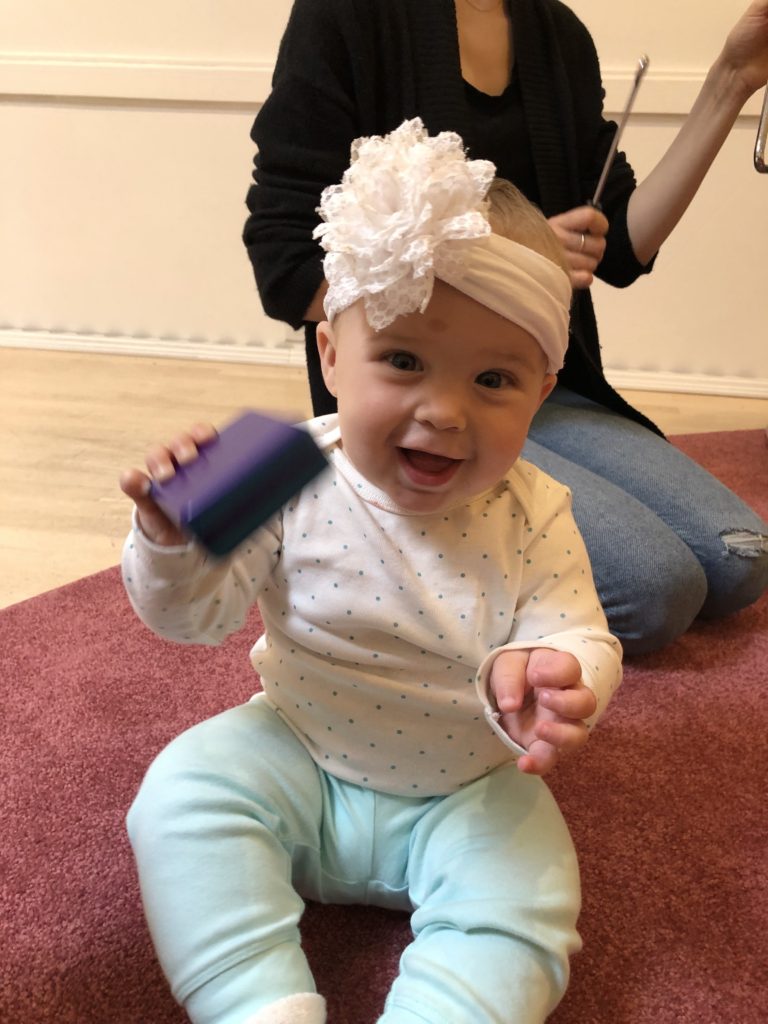 This girl has a very big personality – and she has to in order to keep herself in the spotlight with her big brother. That said, she is very calm and easy-going. Hannah is becoming more independent and has been enjoying exploring on the floor on her own lately. 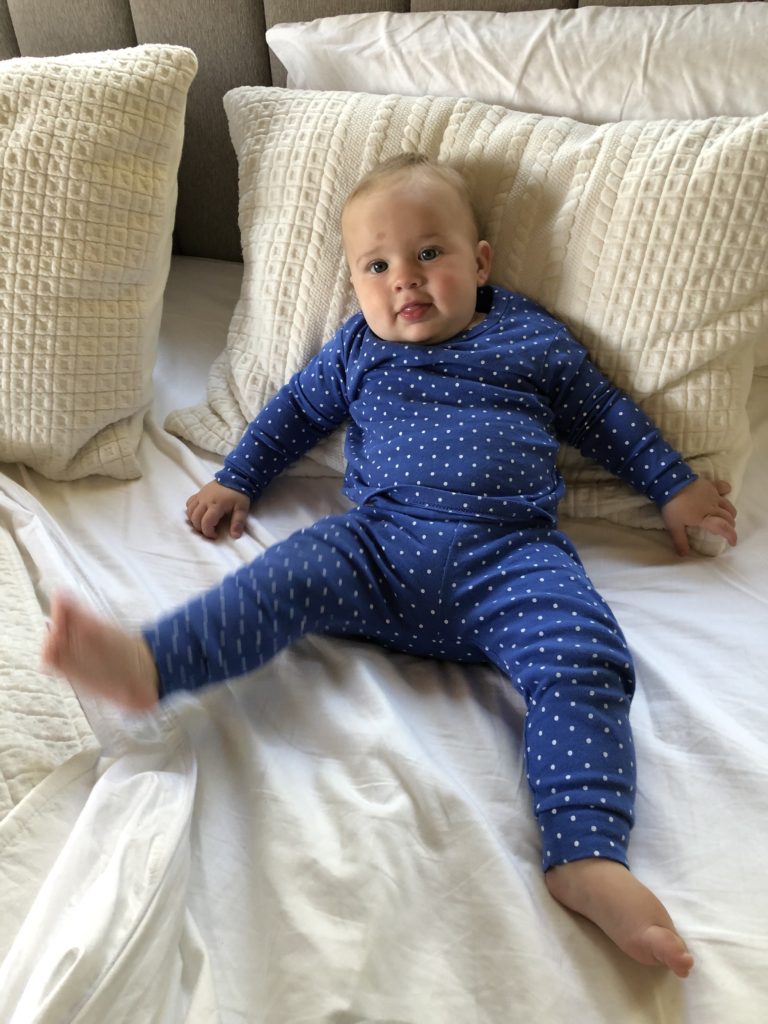 We’ve had some big changes this last month relating to sleep and eating. Hannah is really starting to transition to getting more calories from solid food as opposed to breast milk. We are down to nursing only 3 or maybe 4 times a day now and she really is showing less interest in nursing to sleep. 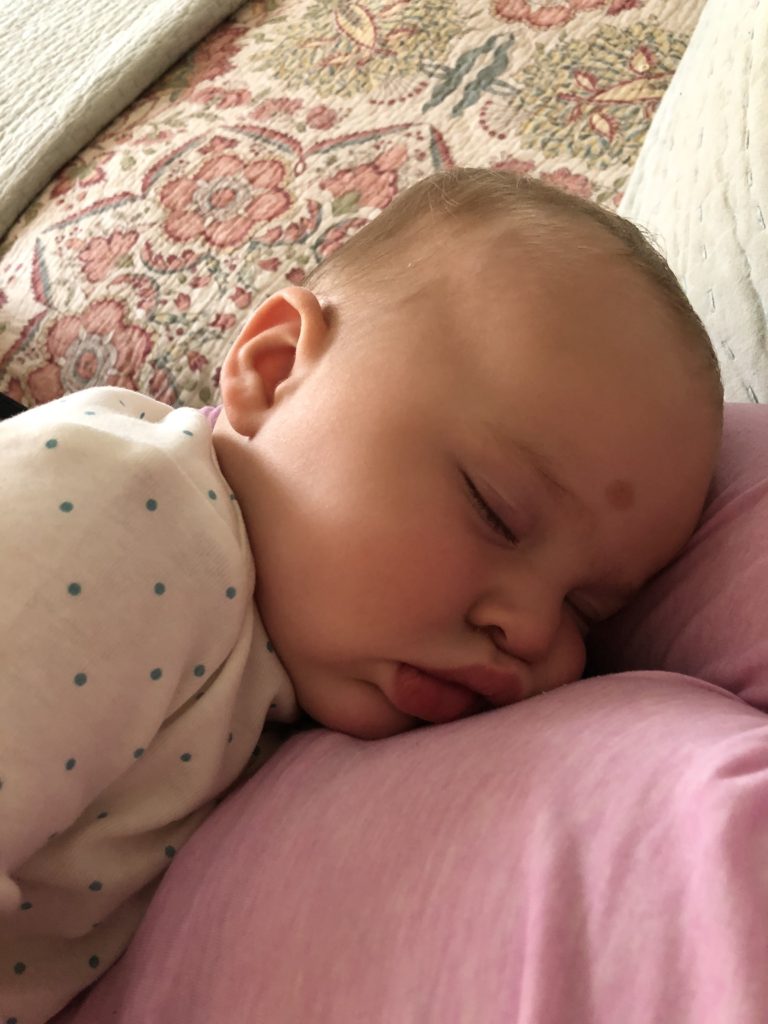 Speaking of sleep – Hannah had been pretty under the weather for a solid two months or so and her sleep was significantly impacted as a result. Since feeling better, her brother has moved into his own room and she’s been sleeping so well again! Hurrah! Our next mission is to get her to put herself to sleep… please wish us luck! 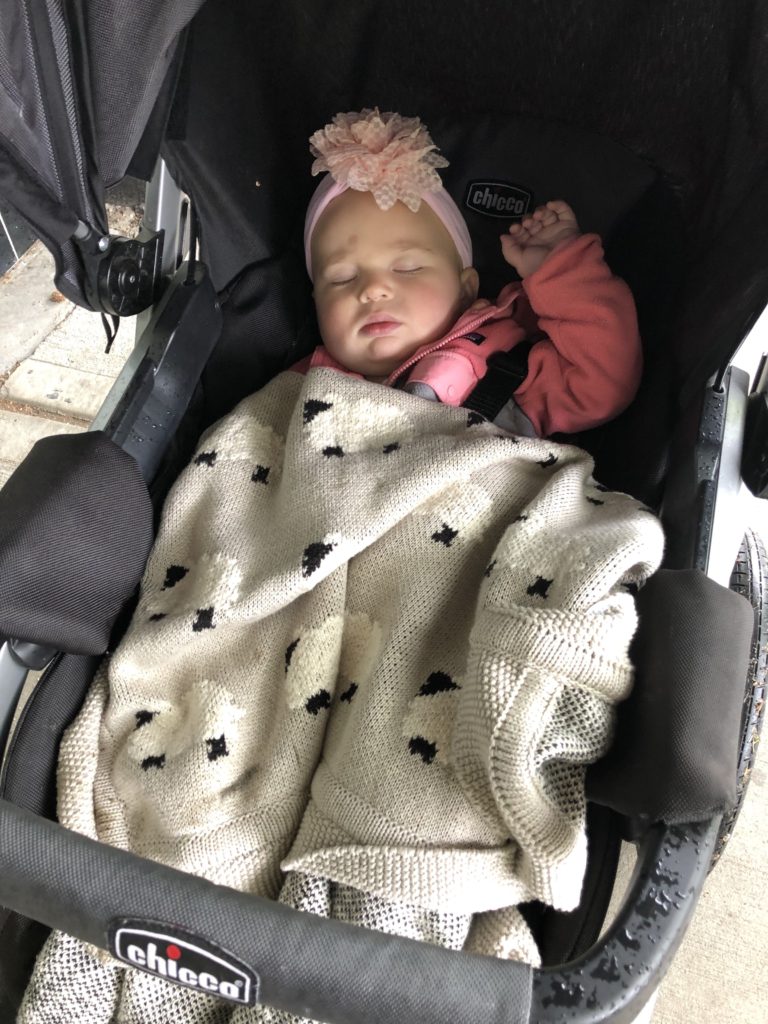 There are a lot of things that Hannah loves to do. Here are a few of her favorite things: 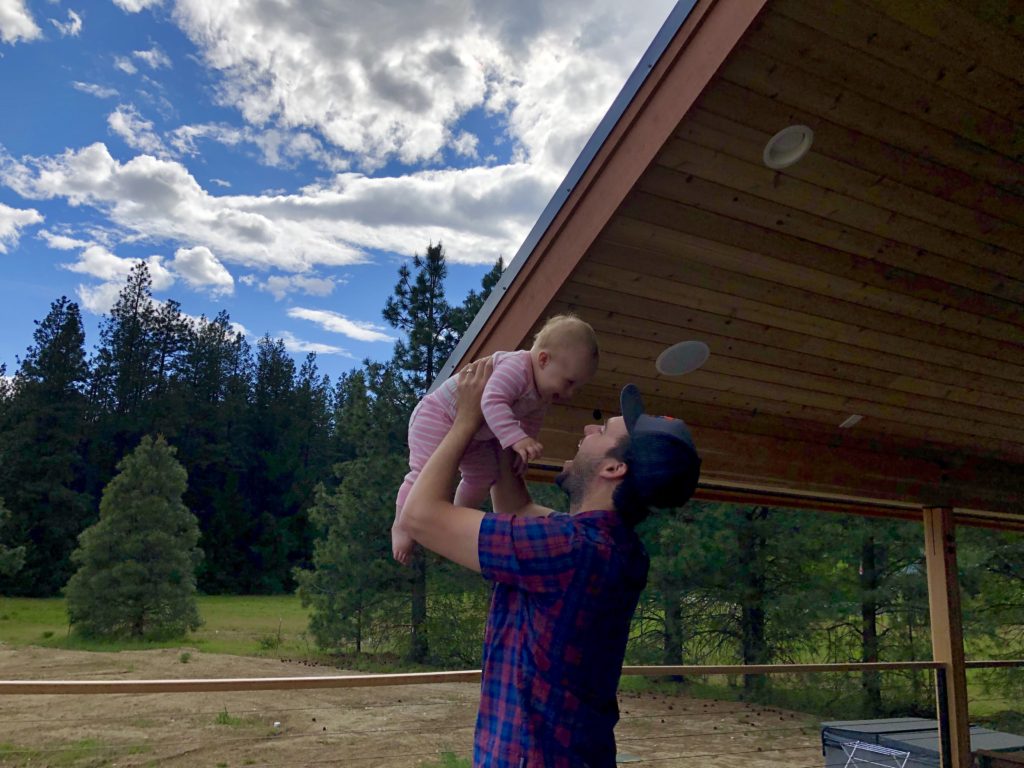 We are rounding the corner to this sweet baby’s first birthday in two short months. I’m so enjoying these days with Hannah Maxine. She has been the happiest, most content baby I’ve known. I adore her personality and her spunk. I can’t wait to see how she changes in her eleventh month. 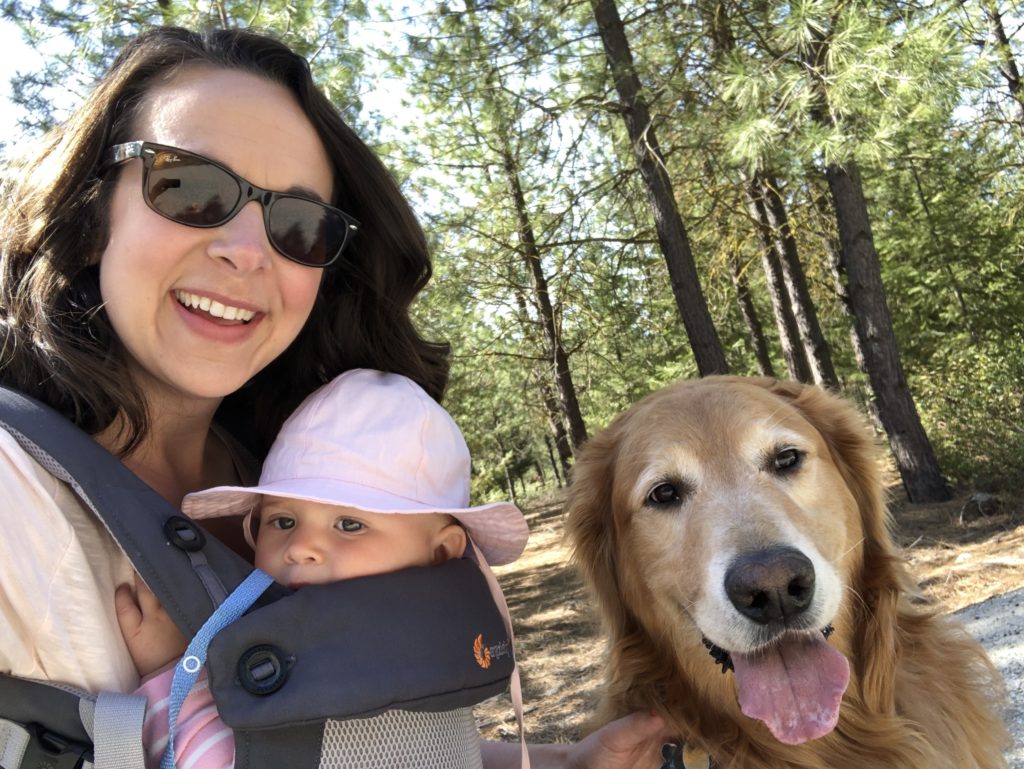 Ben as a ten month old