We made it a whole three months with Ben and Hannah sharing a room. It just wasn’t working – no one was sleeping well and it was causing unnecessarily early wake ups in the morning so we decided to separate the kids and give them both their own rooms. 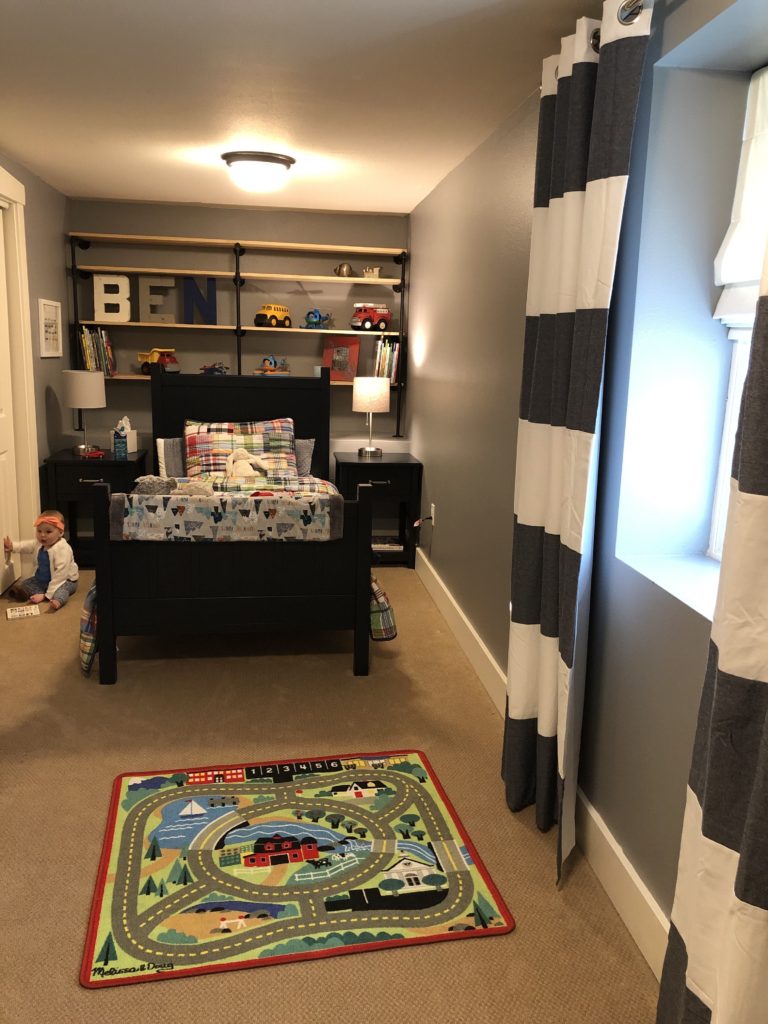 Now that we no longer have live-in childcare our guest room goes largely unused. It’s a funny long and skinny space, but it’s cozy and it makes for a great bedroom for an almost three-year old. 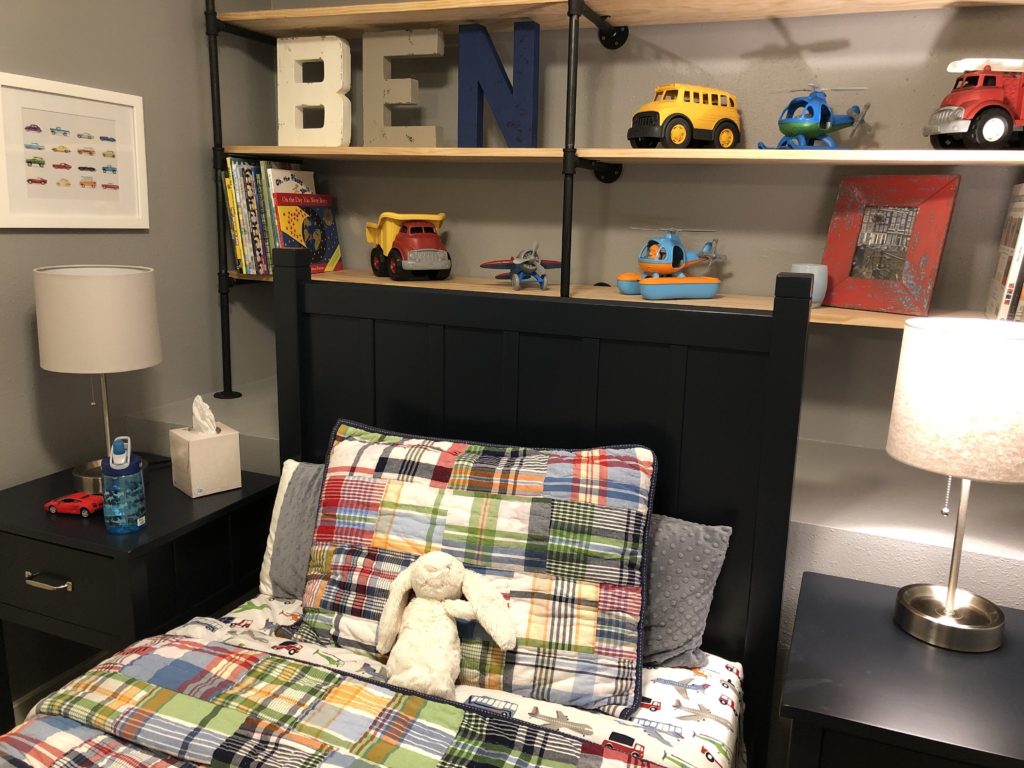 Alex worked really hard to pull this room together and make it special for Ben. Naturally, we opted for a car-themed bedroom. Alex painted the walls, built the cool shelves behind Ben’s bed, assembled all of the furniture and hung the curtains and frames. The furniture looks black in photos but it’s actually navy blue. We still need to decide what we’re going to do for toy storage so the room isn’t quite 100% complete, but it’ll do for now.

We’re about 10 days into Ben’s new “big kid” bedroom and he loves it! He’s so proud to have his own space and a big boy bed.

At the time of the move downstairs we re-instituted the “green light” policy where Ben has to stay in his room until his light turns green. This had been forgotten and he was waking for the day around 5 a.m. so we clearly needed a re-set. I’m happy to report that so far we’re on the right track. This week Ben has been waking up a little early, coming upstairs to get a snack and then going back down to his bed to read his new big kid books. He’s really comfortable in his new space and now both kids are sleeping better.