The perfect weather combined with amazing friends resulted in a fabulously fun fourth of July weekend for Alex and me. We spent most of the weekend with the Millers and “the Buffs” (Carrie and Patrick) and an evening with Sara and Carsten, as well as some other friends and acquaintances.

I didn’t take any photos on the fourth for some reason, but we spent the afternoon and evening at Mary and Ryan’s house. They were gracious enough to invite Jackson to come hang out and break in their backyard and house, as they are getting a puppy in a few weeks. We grilled brats and had quite a few sides, salads and desserts to choose from. It was great to meet a few new people and spend time with the Millers and the Buffs.

Alex and I were rather surprised when Oliver woke us up at 8:30 on Friday morning because usually our alarm clock named Jackson goes off at about 5:30. I guess he was too tired from running around at Mary and Ryan’s the day before. We both had planned to spend the morning doing our respective athletic activities, Alex had a 50 mile bike ride and I had a 6 mile run, so we were a bit frazzled to not have the whole morning that we expected. It worked out fine, though, and we still got our activities in.

Carrie invited us to spend the evening on her parents new boat on Friday night. We joyfully agreed and had a fantastic time. Their new boat is beautiful and the 12 of us had plenty of space to sit and chat and move around. We grilled chicken and brats and had some potato salad and a few other sides, but I have to say the highlight was dessert. Mary and Sara tag teamed dessert and Mary made a peach/blueberry crumble and Sara made homemade caramel ice cream. It was to die for!

We did a little cruse around Elliott Bay in the Puget Sound and had a wonderful time enjoying the sunset and the views of the city. It was such a fun evening!

Saturday started with me dropping Jackson off at Fetch for the day so Alex and I could take a bike ride with the Millers and the Buffs to Woodinville. Patrick ended up hurting his foot on the boat the night before, so he and Carrie met us at Red Hook. We met the Millers at Matthews Beach and then rode 13 miles on the Burke Gilman and Sammamish River Trails until we reached Red Hook Brewery.

Red Hook has an awesome patio and by some miracle there was a 6-top table that opened up right after we arrived so we didn’t have to wait for a table at all. It was glorious to sit outside and soak up some sun. From there, we walked up the road and did some wine tasting at Patterson Cellars, J Bookwalter and then Alexandria Nicole, which is where Carrie and Patrick are having their upcoming wedding catered from. J Bookwalter continues to impress me – I think Alex and I will make another trip there during the week and have dinner and wine out on their patio – they allow dogs, so we’ll have to bring Jackson next time!

By the time we got back to our bikes to make the trek home we realized that my back tire had literally exploded! Ugh! I was very disappointed to not get to ride my bike home, but was thankful that we had a ride home, though of course not that Patrick had hurt his foot. I’ll get some new tires and take my wheels in for a tune up and hopefully after Alex’s big 200-mile ride next weekend he’ll calm down on the biking and we’ll get to take some low-key rides together.

The rest of the weekend has been uneventful compared to our fun times with friends. Today we’ll just stay home and get some stuff done around the house and in the yard. We might venture down to Seward Park this afternoon with Jackson, though. Maybe we’ll even bring a picnic?

Here are some more photos from our boat cruise: 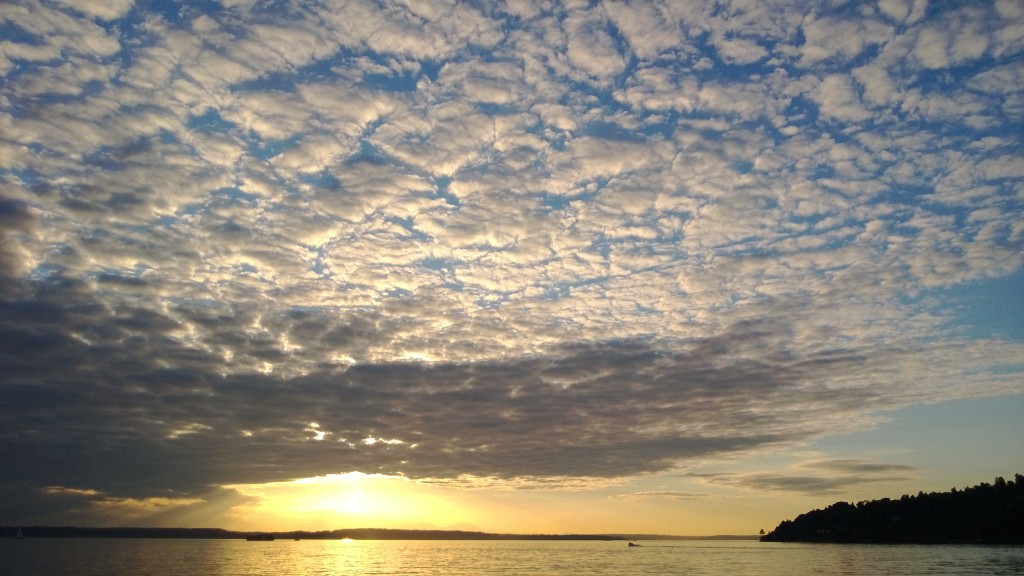 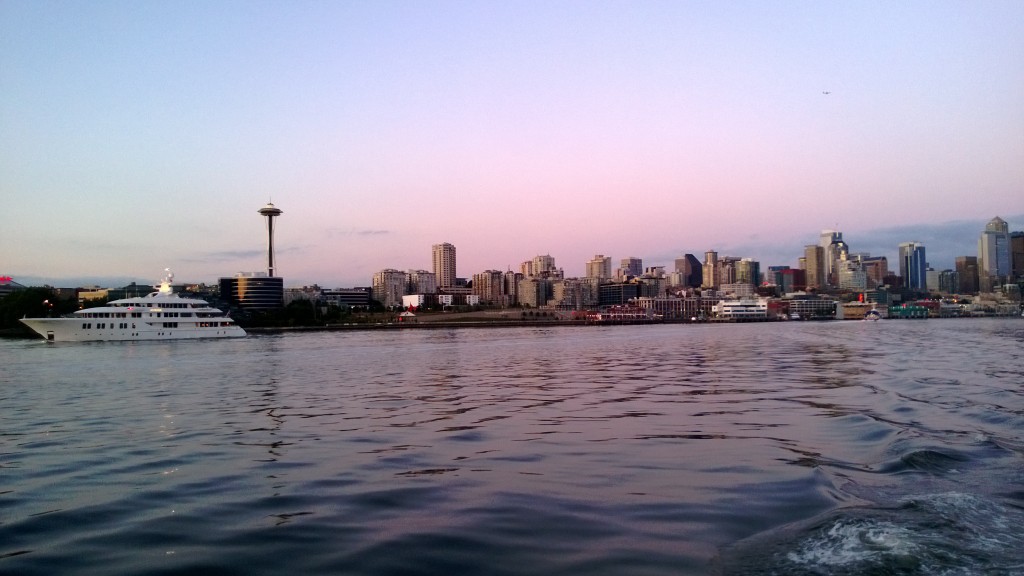