For several years now, Alex and I have been trying to convince my dad to come out and ski with us. We really wanted to show him around Crystal Mountain, where we do most of our skiing, and prove that it stacks up quite well against his favorite place, Jackson Hole. So finally my dad found a killer deal on airfare and came out for a weekend of powder, feasting, spring sunshine and family time.

I picked my dad up from the airport on Thursday morning, skis in tow, and we headed down to ski some powder! The conditions were great and we managed to get quite a few powder runs in.

Thursday evening we treated ourselves to dinner at Restaurant Bea, one of Alex’s and my absolute favorite Seattle restaurants, conveniently located in our neighborhood. We celebrated my birthday a week early and realized that the owner of Bea’s birthday is the same day as mine! I think we’ll go back and have a glass of champagne with her on Sunday.

Friday started off surprisingly sunny, so we got some great views on the drive and the gondola ride up the mountain. Just before lunchtime, another small storm came in and brought us a bit more snow.

We introduced my dad to the world-famous Snorting Elk, voted one of the best apres ski bars in the country! It was so busy inside from all the powder fiends that we sat outside beneath the falling snow. 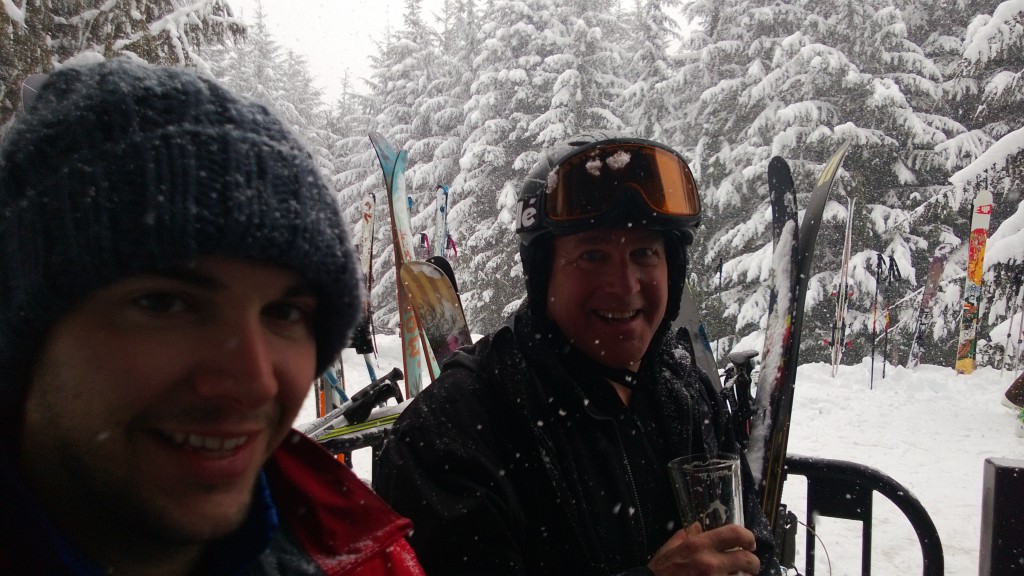 The evening was spent at our neighborhood haunt, Bottlehouse, where we enjoyed a bottle of Lemburger, a wine we had never tried before. The wine was paired with a divine charcuterie plate. Everything was wonderful, as always.

After our trip to BH, we headed home to make homemade mac & cheese and watch one of our favorite ski movies, The Game of Gnar. Safe to say my father thoroughly enjoyed it!

After two full days of skiing we decided we could use a day off, so Saturday was spent in Seattle. We grabbed breakfast at another neighborhood favorite, the Hi Spot, before Fred set off for an afternoon adventure with my aunt Cathy and cousin Chris and his wife Heidi. They enjoyed spending some time together in the sun while Alex and I got a few things done around the house. Saturday night we gave my dad a taste of Capitol Hill and had a drink at Poquitos, followed by dinner at Quinn’s. Alex had a wild boar sloppy joe, I had a Scotch egg and pretzel with rarebit sauce, and Fred had a Painted Hills burger. Quinn’s is a favorite of ours and is a good introduction to Seattle fare.

By Sunday our legs were feeling rested, so we got in the car and headed straight east to Alpental. We got several runs in on the groomers, in addition to a very icy run in Eidelweiss Bowl and a bumped out run in International. I called it quits a little early because my knee was bothering me {three days of skiing + starting to run again = an angry, overused knee} and got in some good people watching while sitting in front of the fire at the base.

The Summit at Snoqualmie was celebrating its 75th anniversary the day we were out there and in order to commemorate the occasion, they hosted a pond skimming event. It was an absolute hoot to watch! There were about 50 competitors, ages 5-old, and most of them actually made it across the make-shift pond that was created for the competition. The best skimmers were in full-costume and did some type of trick once they made it across. We are hoping this will become an annual event because Alex wants to enter next year! 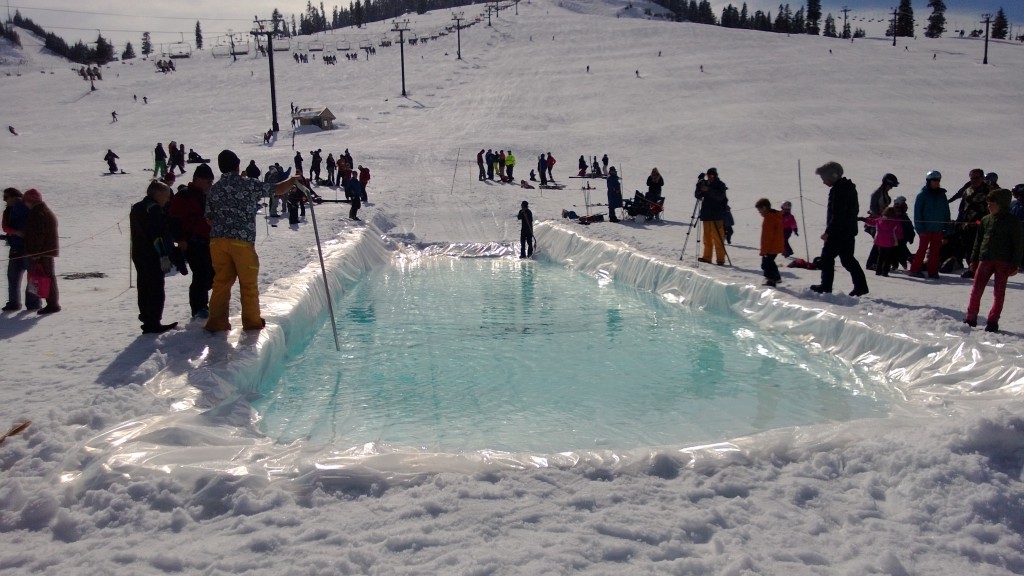 Once we got cleaned up from our ski day, we grabbed a quick drink at Bottlehouse before meeting Cathy, Chris and Heidi for a family dinner at Naam Thai, our neighborhood Thai restaurant. We enjoyed our meal and had enjoyed sharing some memories of my late grandmother – we hadn’t all been together since her funeral service in January.

Monday was my dad’s last day in Seattle, and true to form, he spent it working on our house.

As a recap, I’ve put together a list of things Fred learned skiing the Cascades: