For our big family summer vacation this year we headed west to Seabrook, Washington, a very small town on the Washington coast. This was our second vacation as a little family of three and it was everything I had hoped it would be and more. 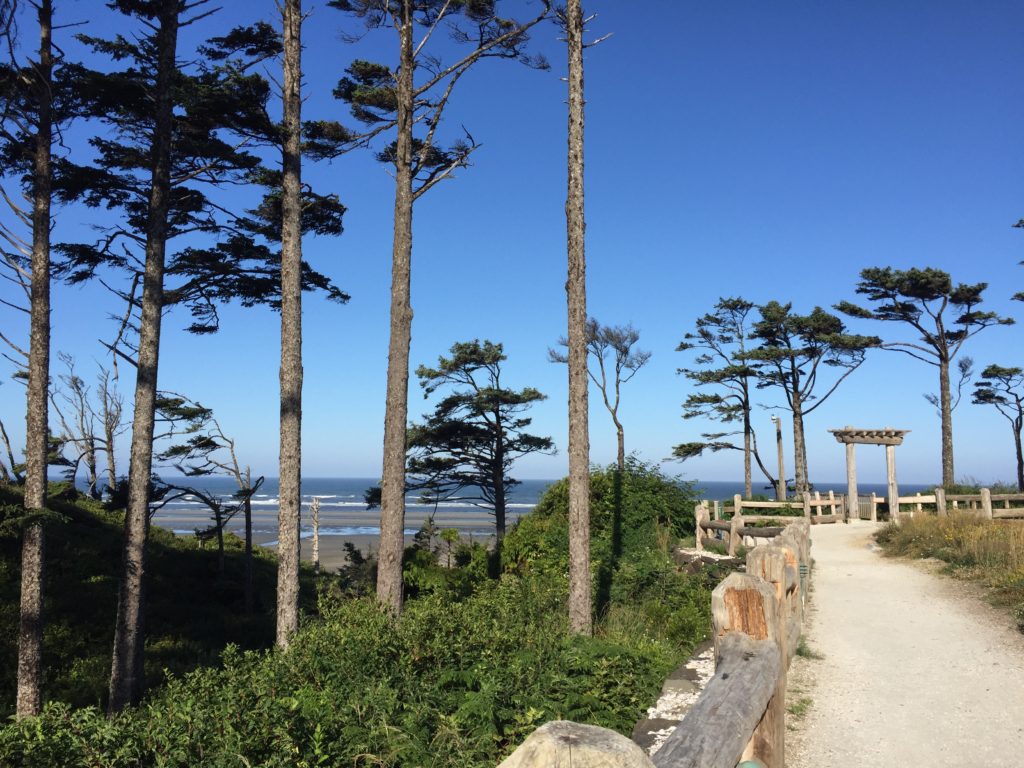 Seabrook is a really funny little town. It’s very new and was created with a master development plan about 10 years ago. It was modeled after the Truman Show and Pleasantville, so it has that “everything is perfect” look and feel. The houses and the town are so cute – the style is similar to a Cape Cod or Nantucket home. It oozes with east coast charm. 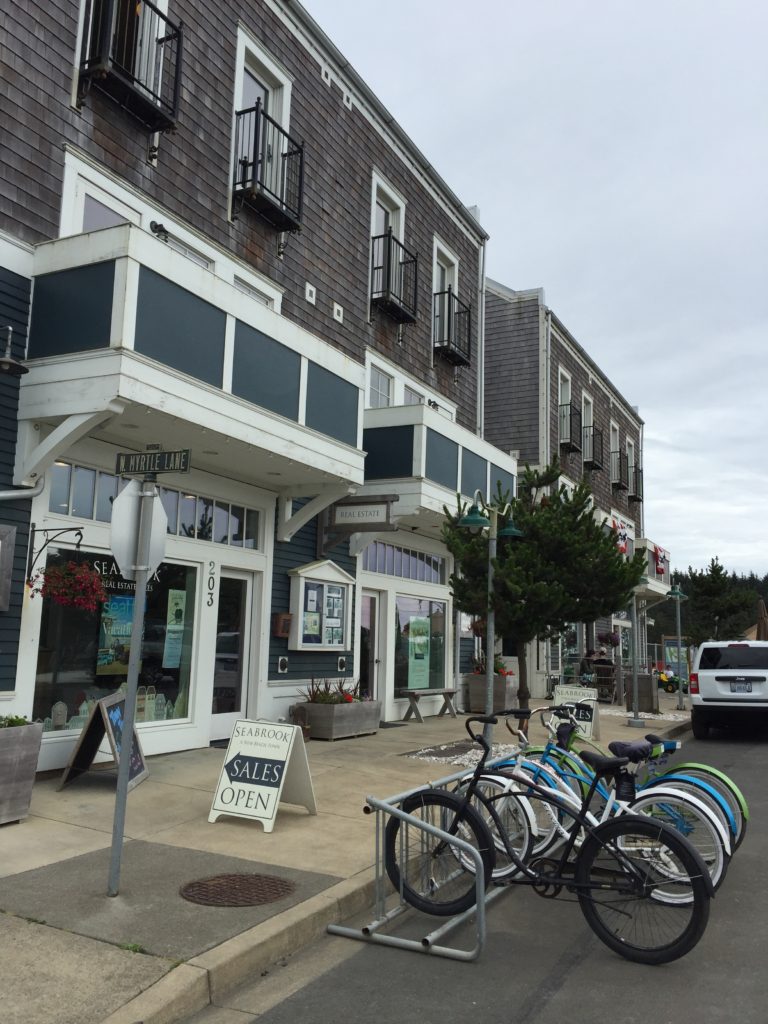 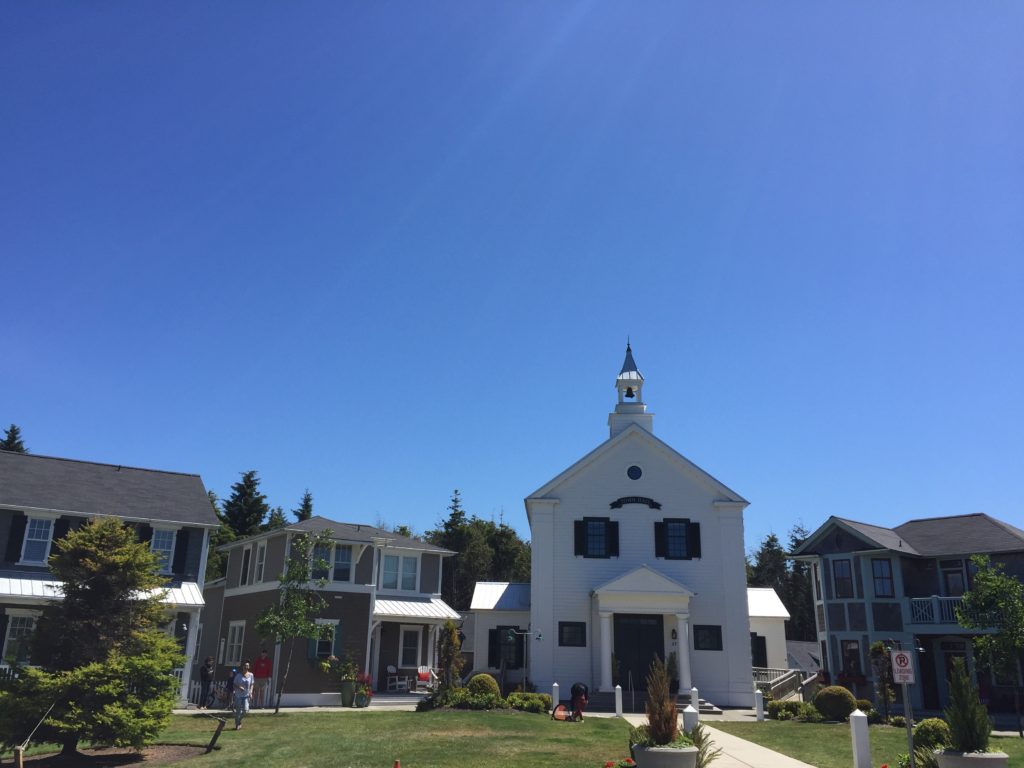 Perhaps the best part of the town is the location – it’s situated up high on a bluff overlooking the Pacific Ocean on the Washington coast. The beach goes on forever! 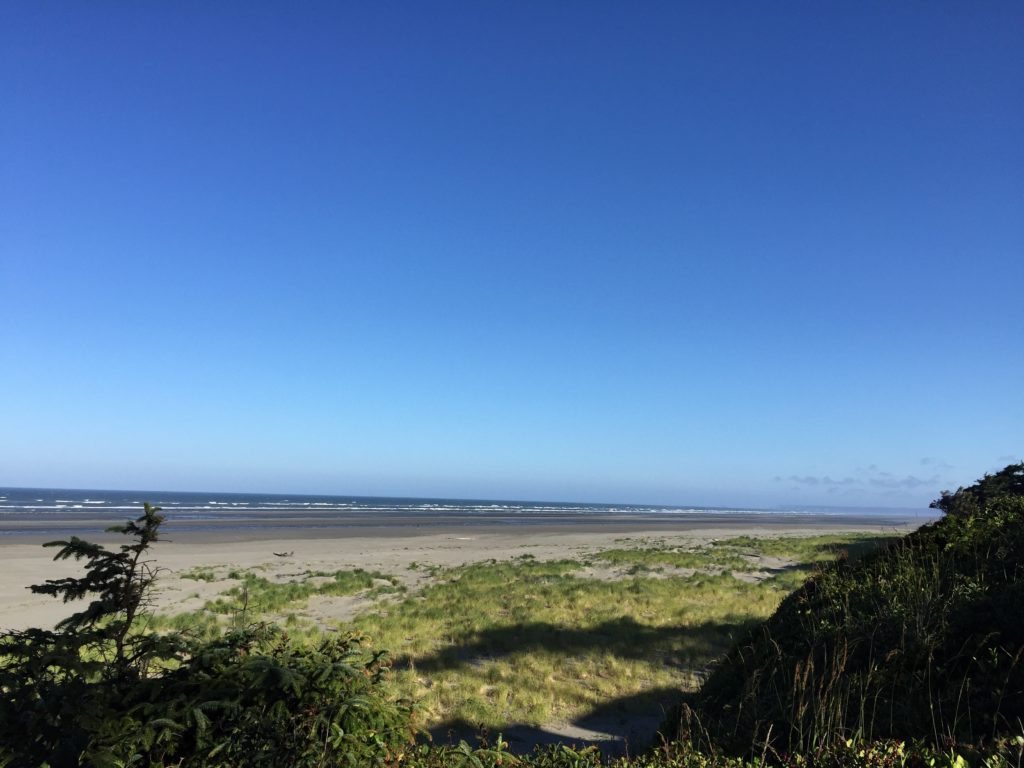 Our trip started mid-day Friday with our sloooowwwwww drive to the coast. It’s been a while since we had ventured south on I-5 on a Friday in the summer and boy did we regret waiting until noon to leave the house. Thankfully Ben has turned into a little trooper in the car and he hung in there right along with us. 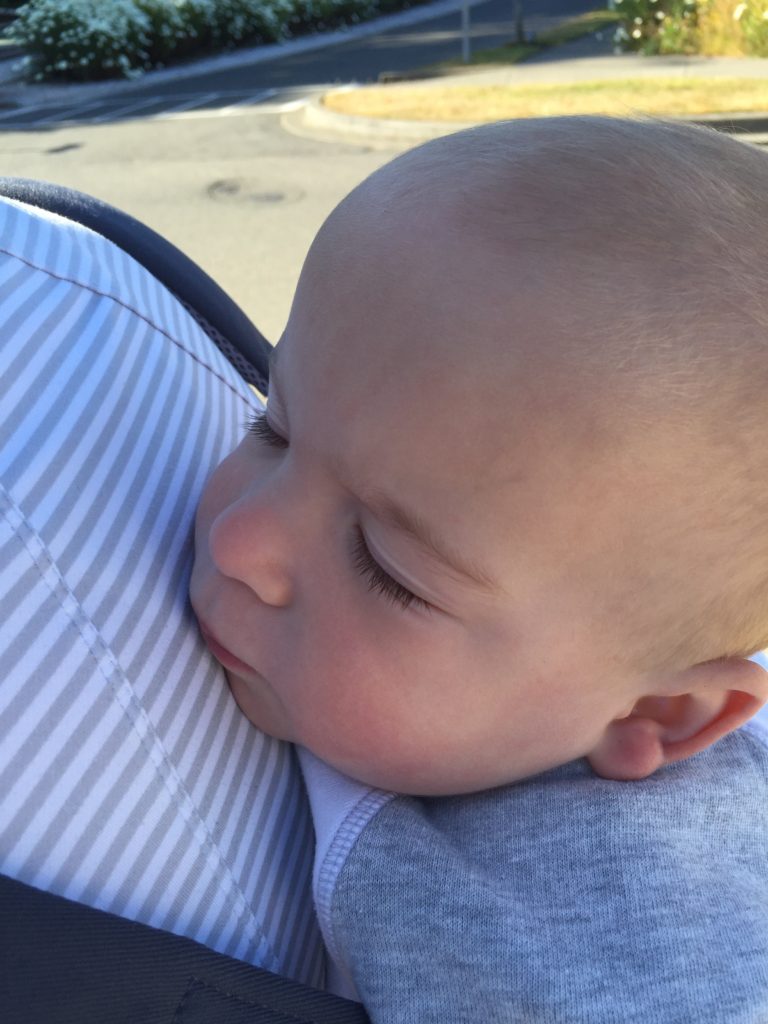 We got all of our glitches out of the way for the whole trip upon check-in. Our house wasn’t ready when we arrived – they needed extra time to clean it. Then, once we could finally check in, the code on the lock wouldn’t work. By some miracle we found a slightly open window and Alex was able to enter the house. It was a little bit of a stressful start to the vacation, but thankfully all the kinks were worked out once we got inside.

Over the years Alex and I have stayed in a ton of vacation rentals. Usually the photos make them look nicer than they are in reality. Much to my relief, the house was even better than the pictures! It was by far the nicest vacation rental we’ve ever stayed in. It was fantastic!! 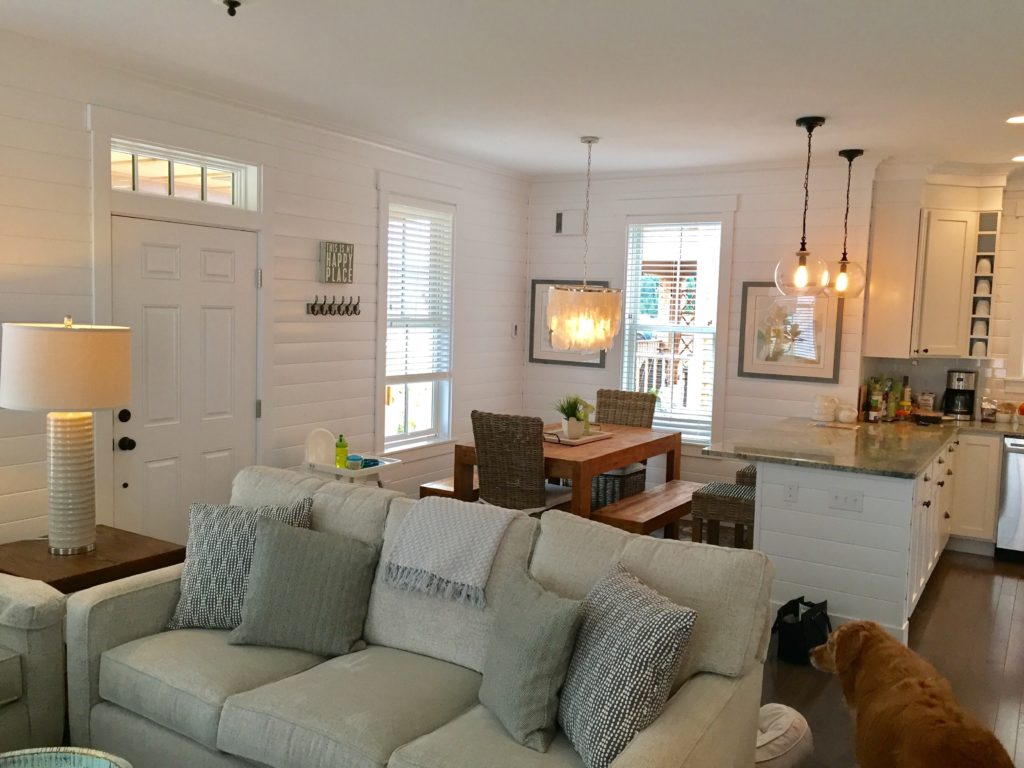 We were so enamored with the town that we spent most of the afternoon and evening exploring and getting settled in. I couldn’t get enough of the houses in the town! 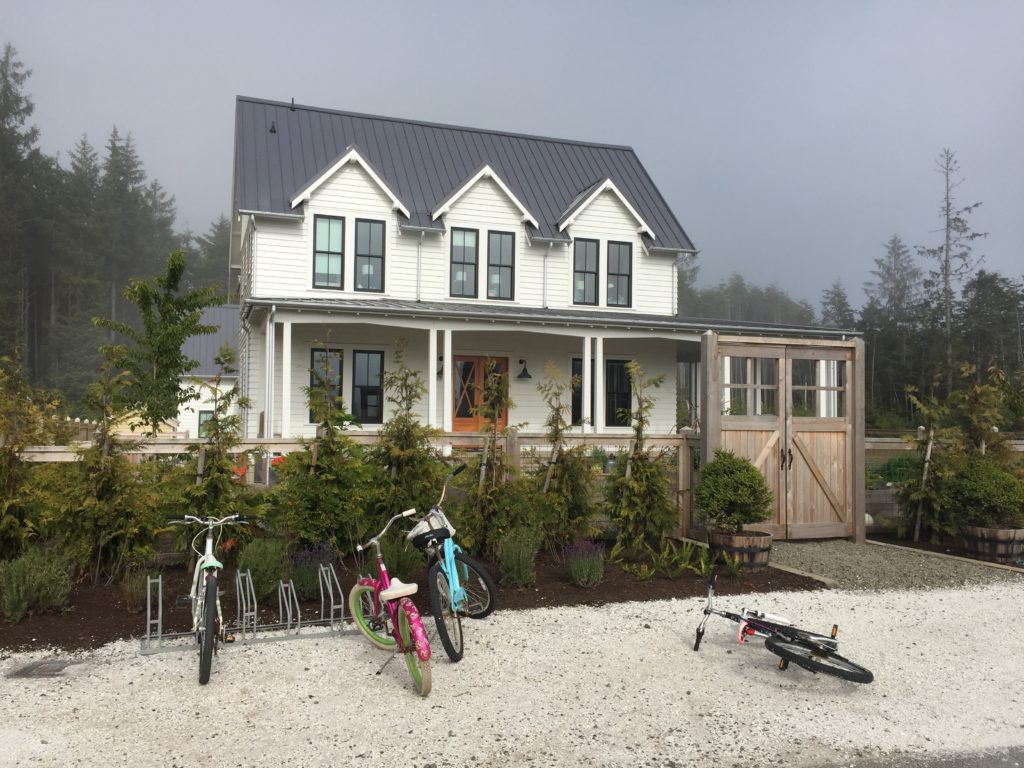 Coincidentally, our friends Kara and Jake and their daughter Maya, were in Seabrook the same weekend. Even more of a coincidence – the house they rented was across the park {about 30 feet} from our house – essentially our front porches overlooked each others! We loved being able to spend some good time with them the first evening by the campfire and then getting Maya and Ben to play together in the grass the next day.

Our first trip to the beach happened on Saturday morning. I strapped Ben to my back {he’s officially too heavy to wear in the carrier on my front!}, Alex hooked Jackson up to his leash and we headed out to the beach. 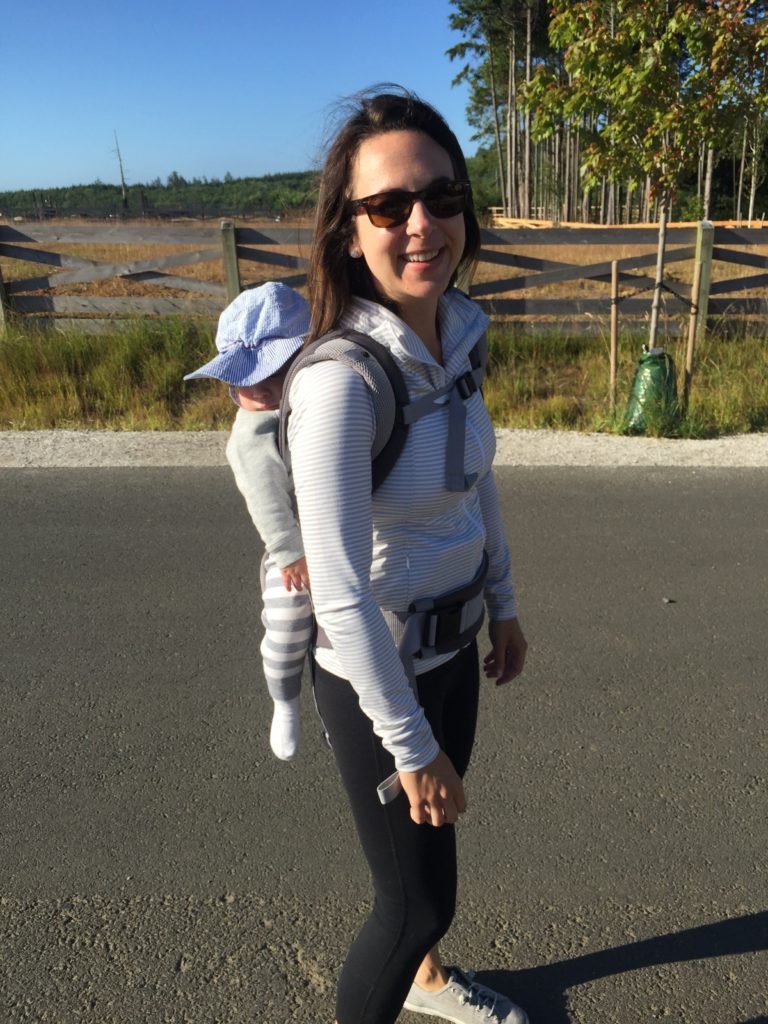 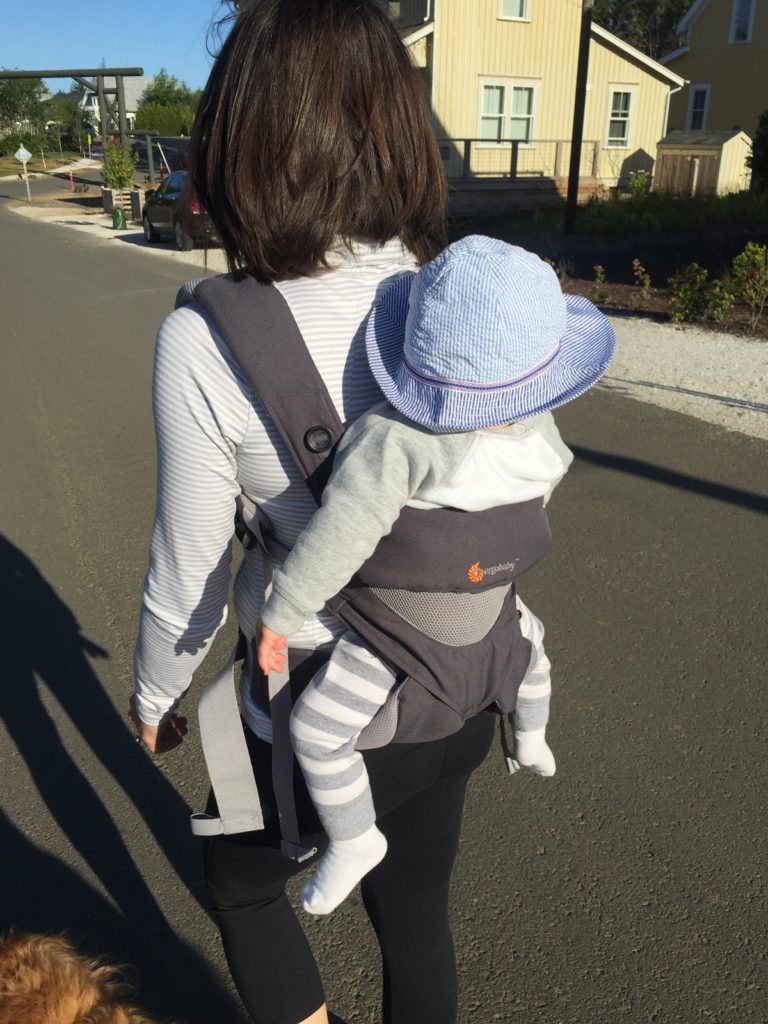 The Washington and Oregon coasts are known for some pretty extreme fog and Saturday was no exception. There is something eerily comforting about the dense fog along the coast – it’s really calming and relaxing. Maybe that’s the Seattleite in me talking? We weren’t turned off by the light drizzle – it was surprisingly pleasant.

Once we got down to the beach we realized how unbelievably expansive it was. I don’t even know how to describe the scope other than to say from the moment we hit the edge of the beach until we got to the water it was a solid 10 minute walk across the sand. The beach went on and on and on and on – it was by far the biggest beach I’ve ever been to. You could have walked for hours in either direction.

When we got closer to the water we could see crabs washed up on shore. There were clams and sand dollars, too! It was weirdly beautiful in its own way. 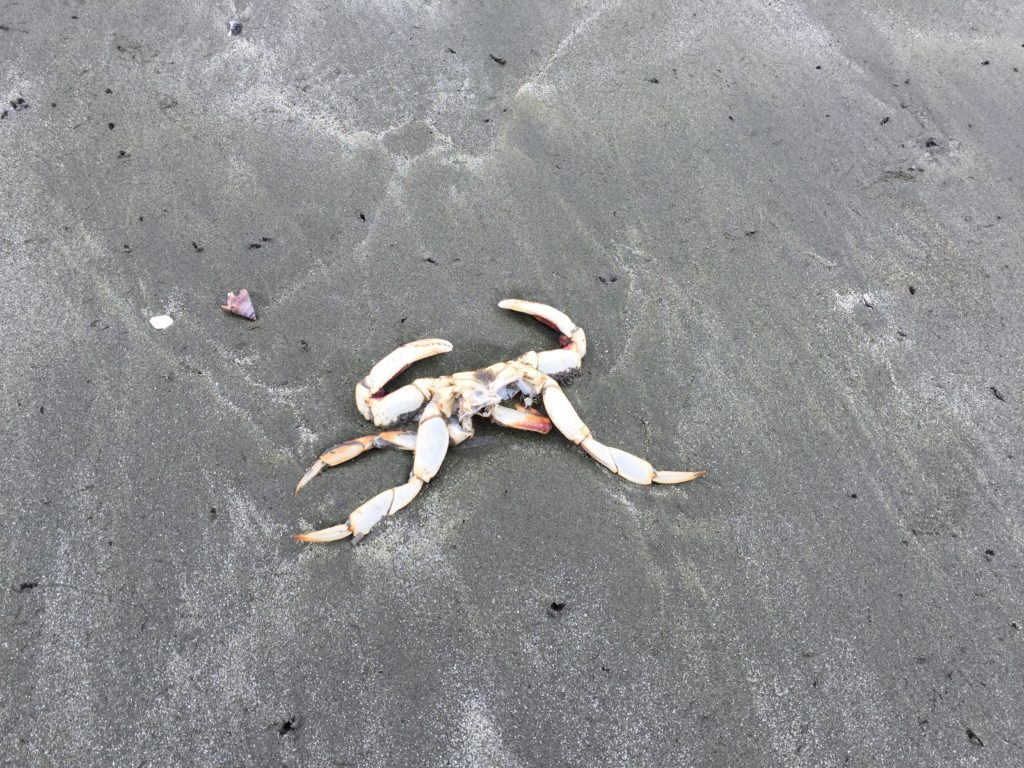 The water was absolutely frigid – no swimming for us! Jackson didn’t think twice about the chilly temperature, though, and he charged right into the waves after his ball. 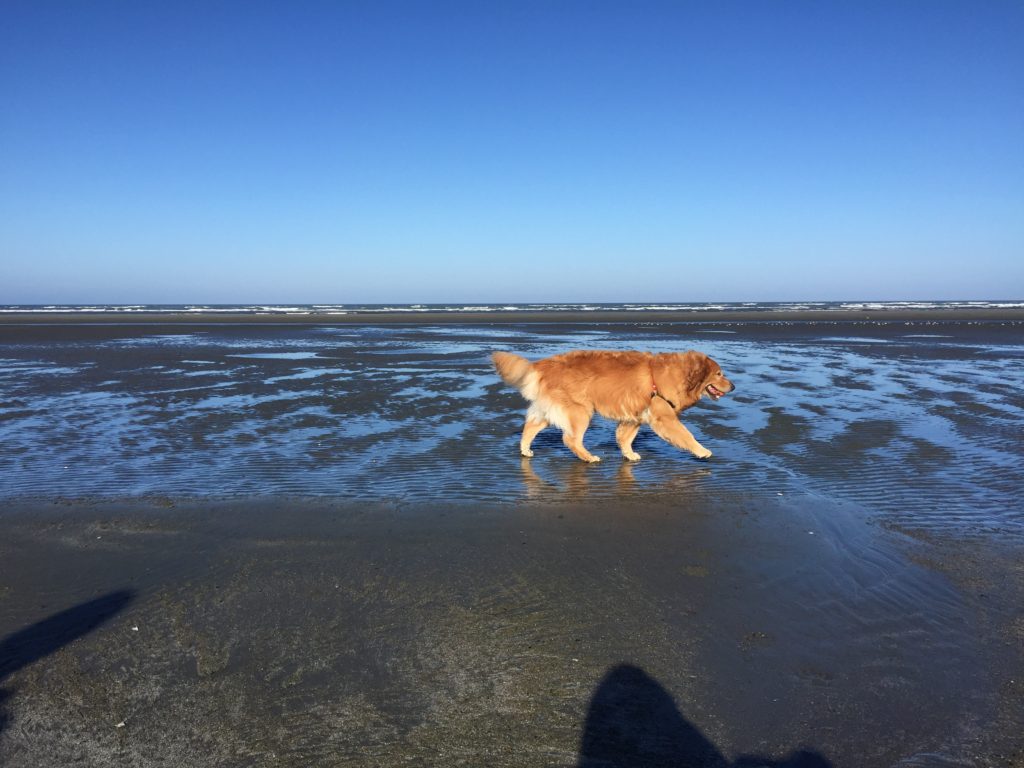 One of our favorite moments happened on Saturday. We hit the town to check out the little Saturday market and happened upon a quaint little wine bar. Naturally we stopped in for a flight and a cheese board. We shared the cheese and sopressata with Ben {and kept the wine to ourselves} and he ate almost the entire thing on his own. Somewhere in the last month or two he has become such a stellar eater! It is an absolute blast watching him explore the world of food. 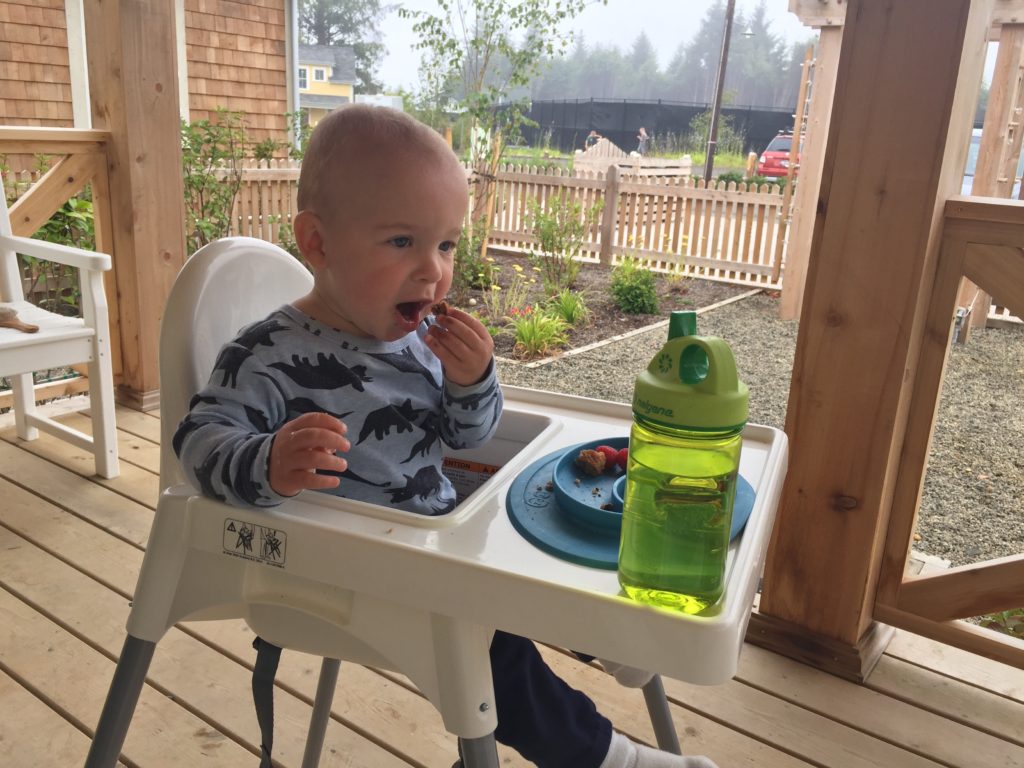 Later in the day, the skies cleared and then when we woke up on Sunday morning we were delighted to see the bright blue skies were still there and the sun was out. 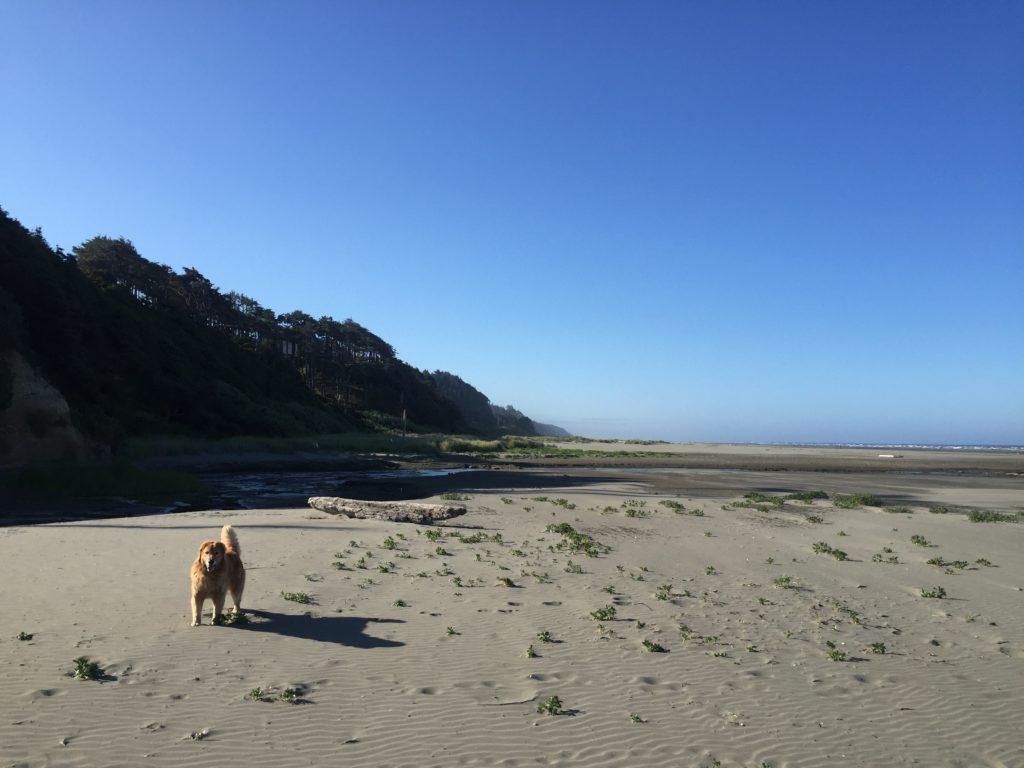 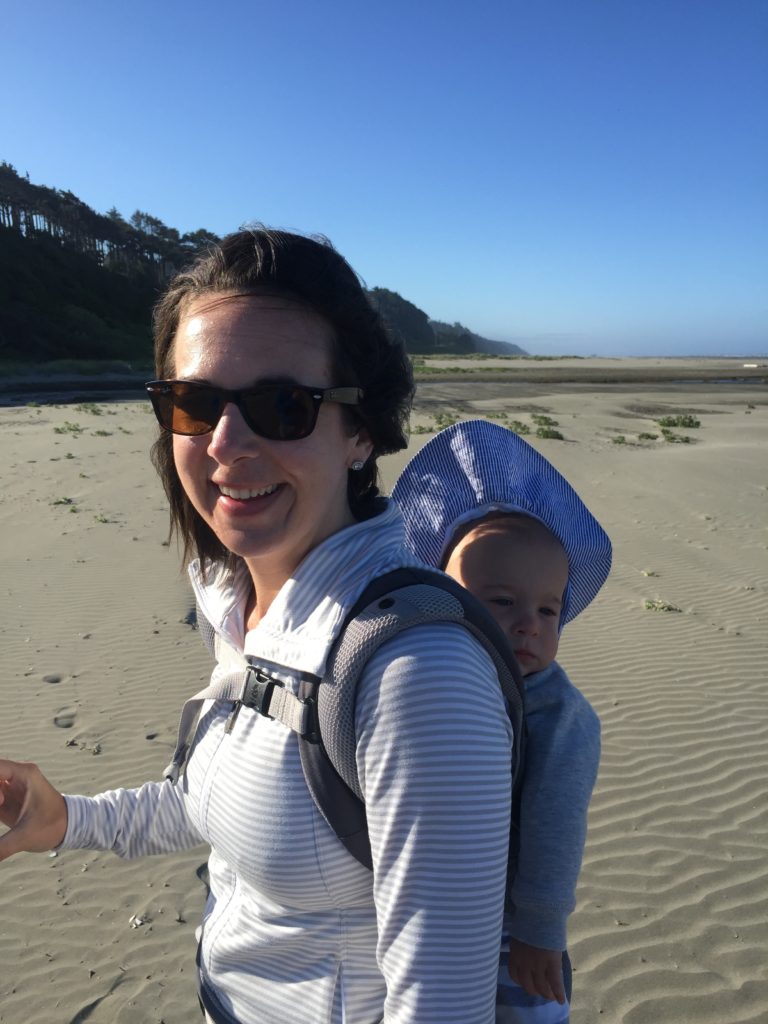 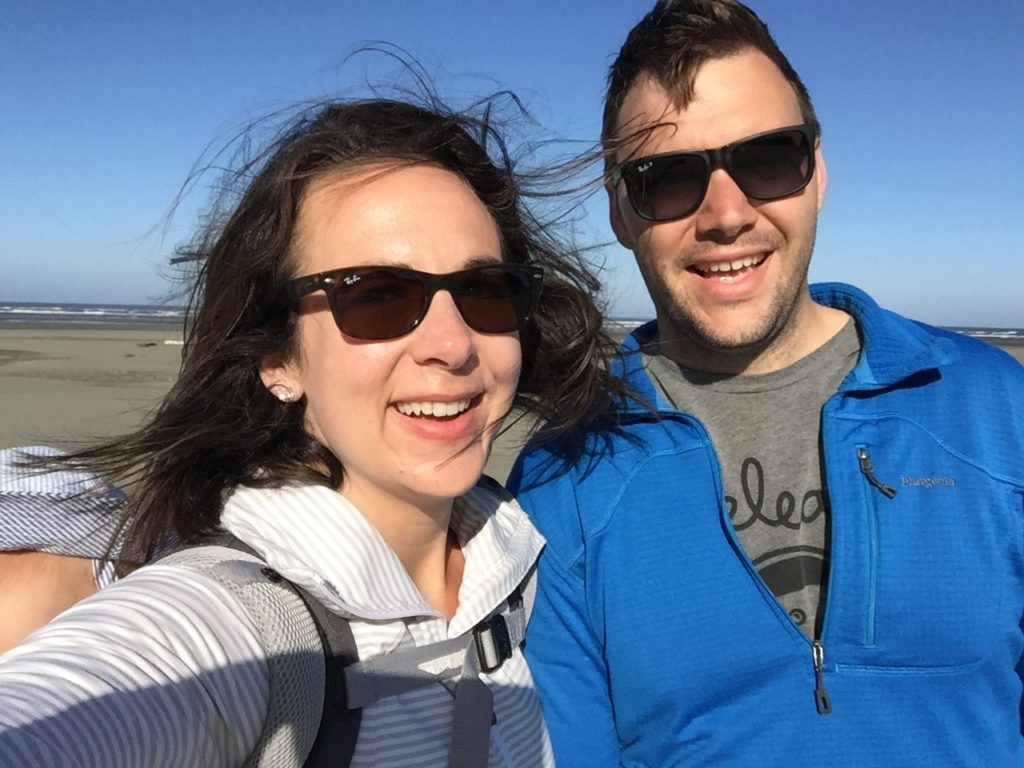 While the sun was out in full force on Sunday, so was the wind. It was slightly bothersome up in town and at our house but when we got down to the beach it felt like the wind was blowing at gale force! We were so looking forward to hanging out on the beach and we weren’t about to let a mini hurricane stop us from setting up shop, even if it was only for about 15 minutes. 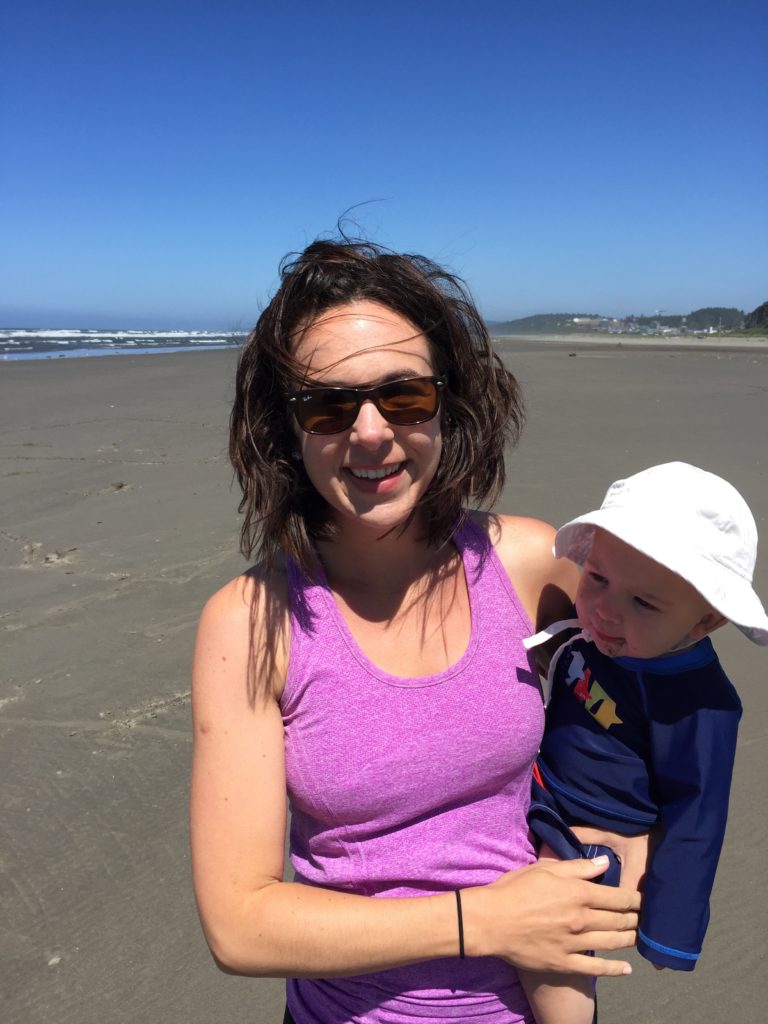 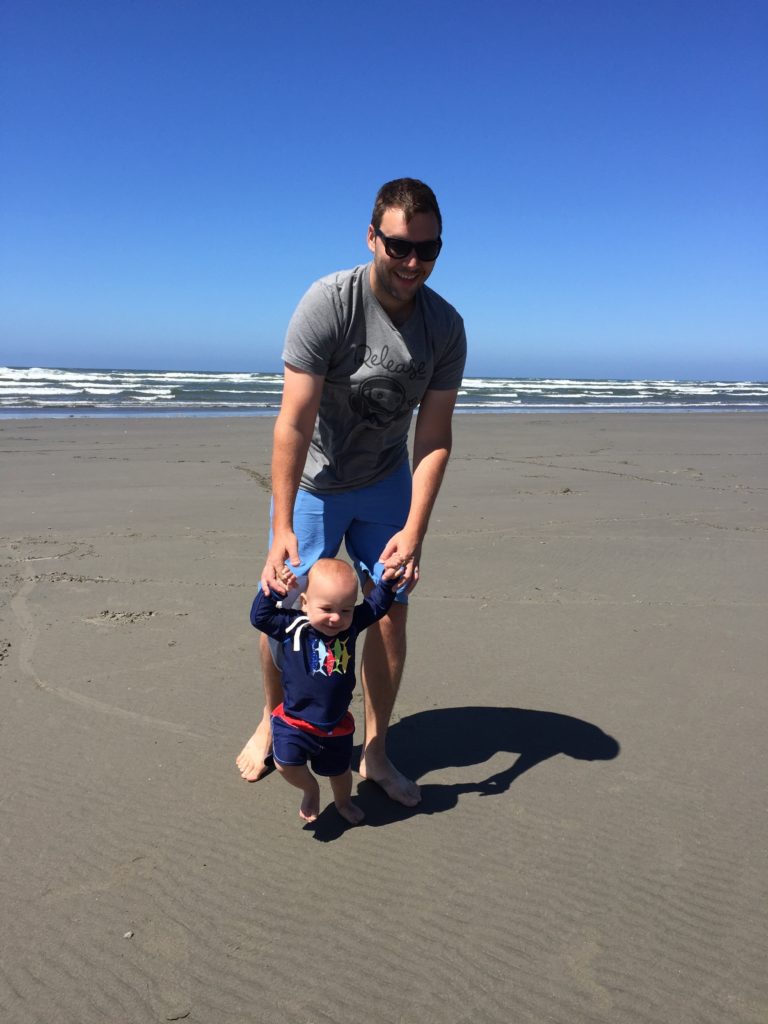 Before our trip, we bought a little beach tent that was supposed to withstand a lot of wind. We were pleasantly surprised at both how easy it was to set up and the fact that it stayed up, given the wind. We hunkered down and let Ben play in the sand for a short while before taking a little walk on the beach. 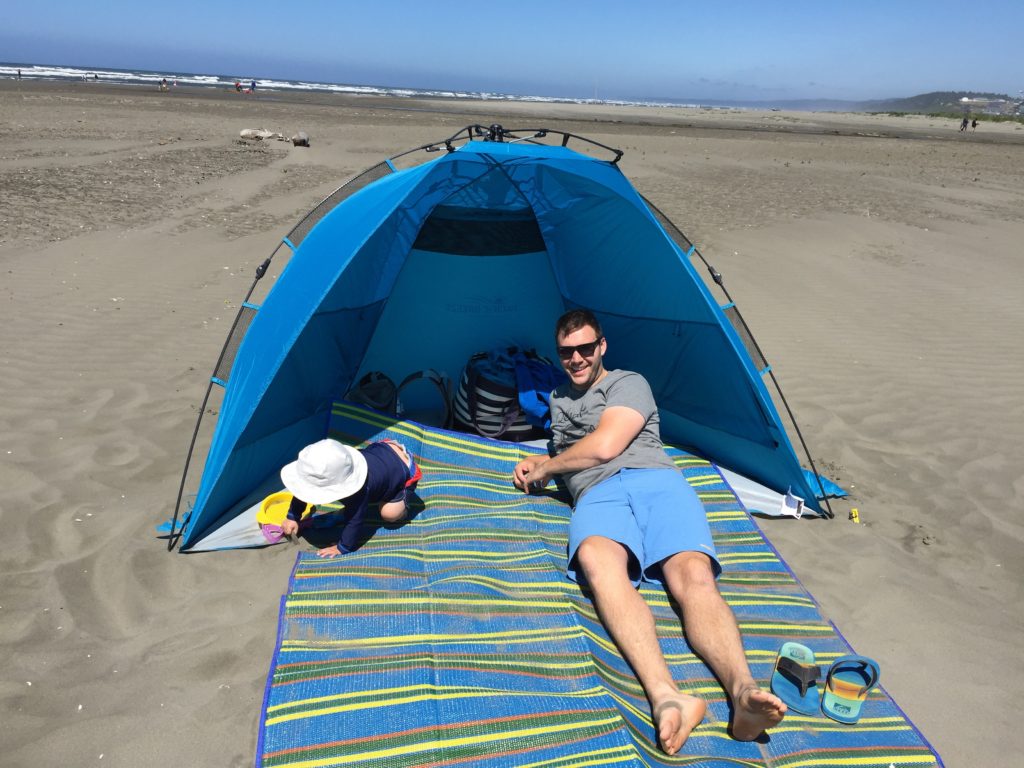 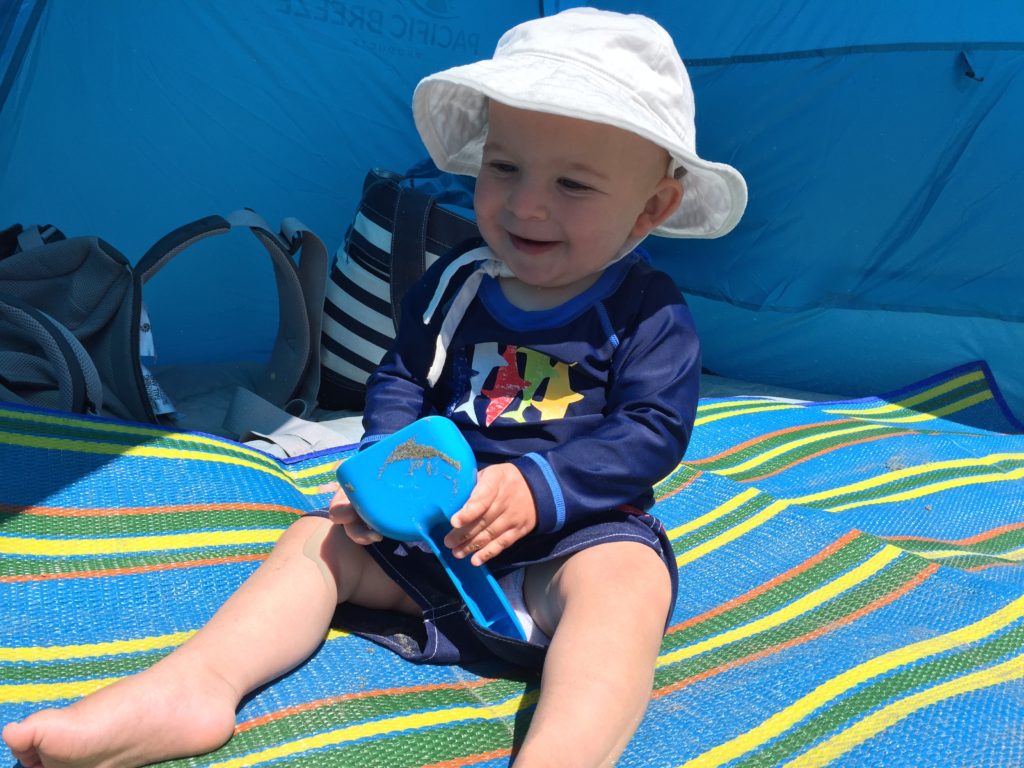 We were all absolutely covered in sand – I can still feel it in my pores. Ben had a goth look going on because his face was all drooly and then it got muddy from the sand. It was pretty funny! He couldn’t have cared less about the sand – it had to have been all up in his eyes too. He was having a blast nonetheless. 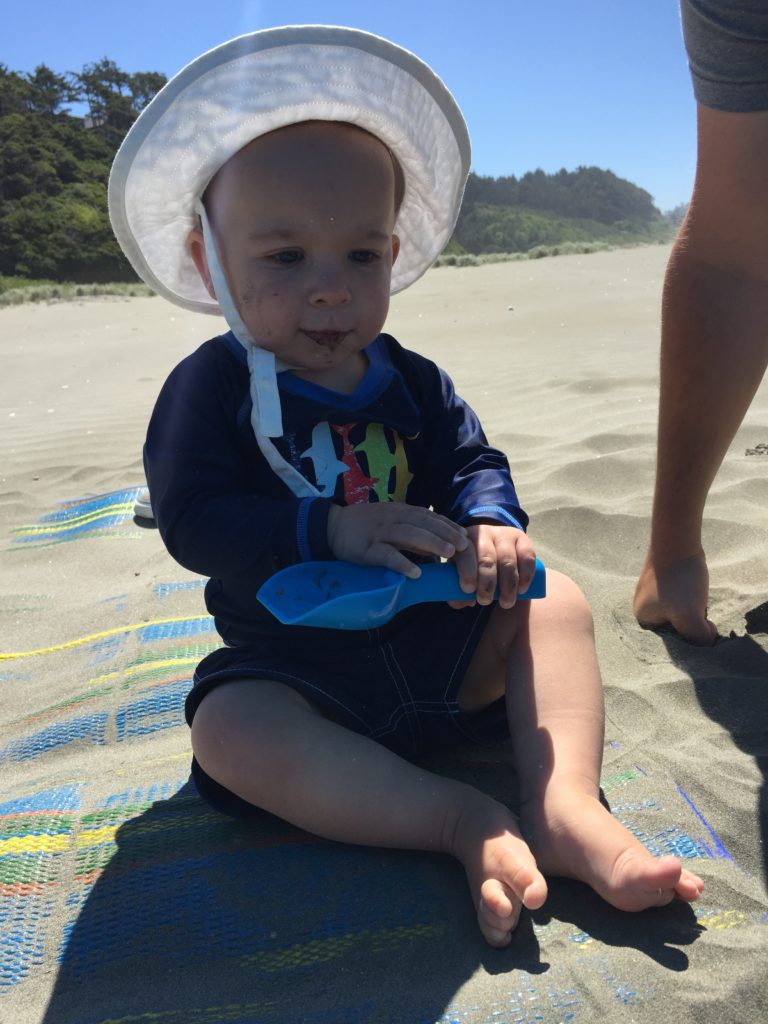 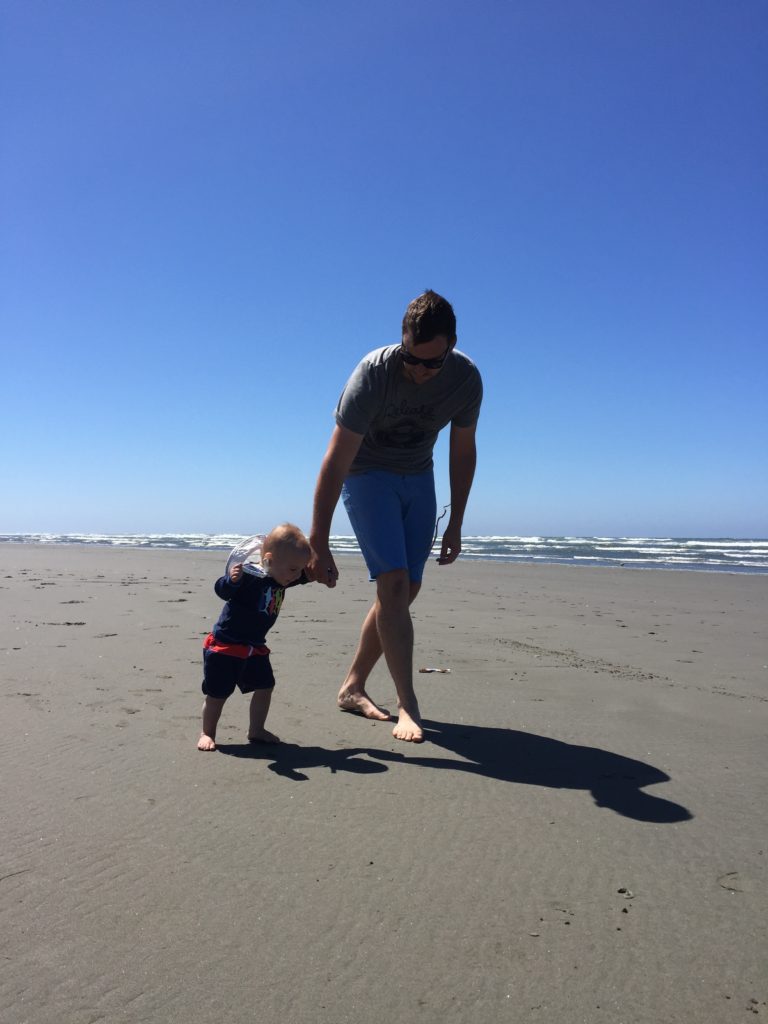 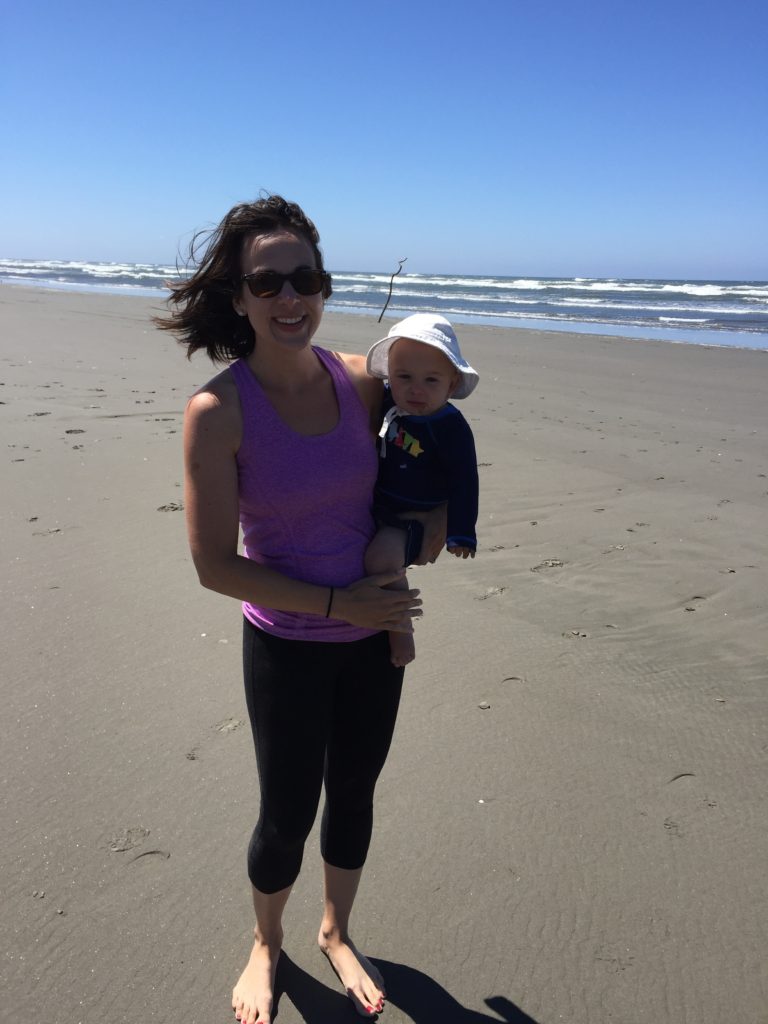 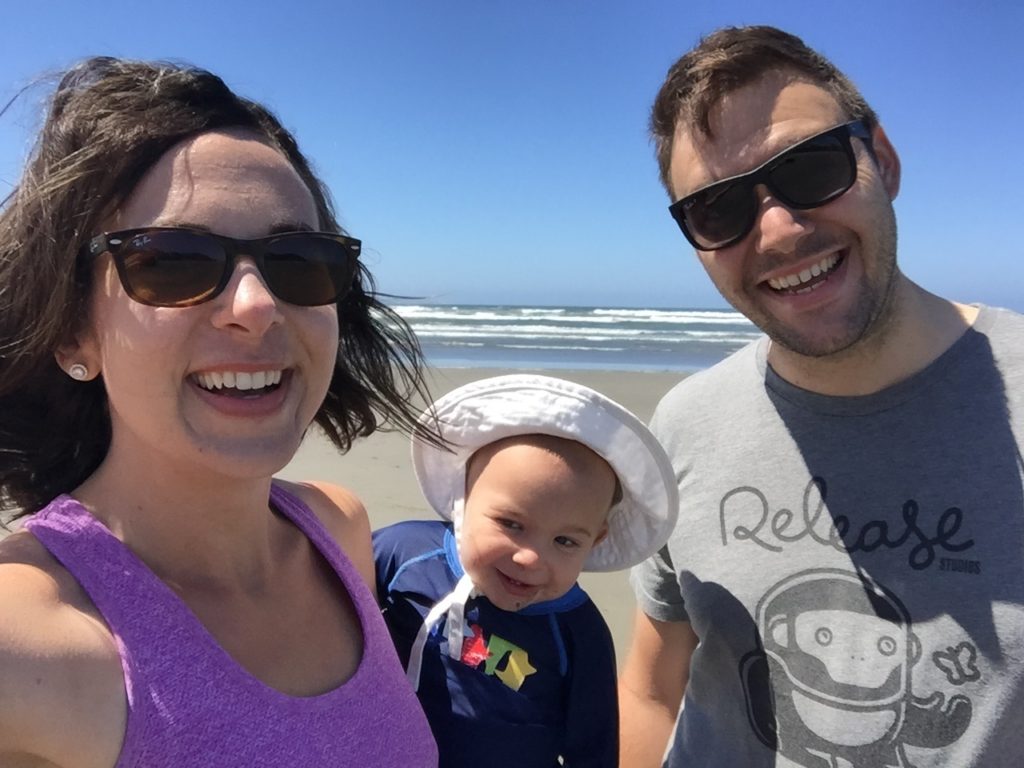 Our last full day in Seabrook was very relaxing and largely spent outside. 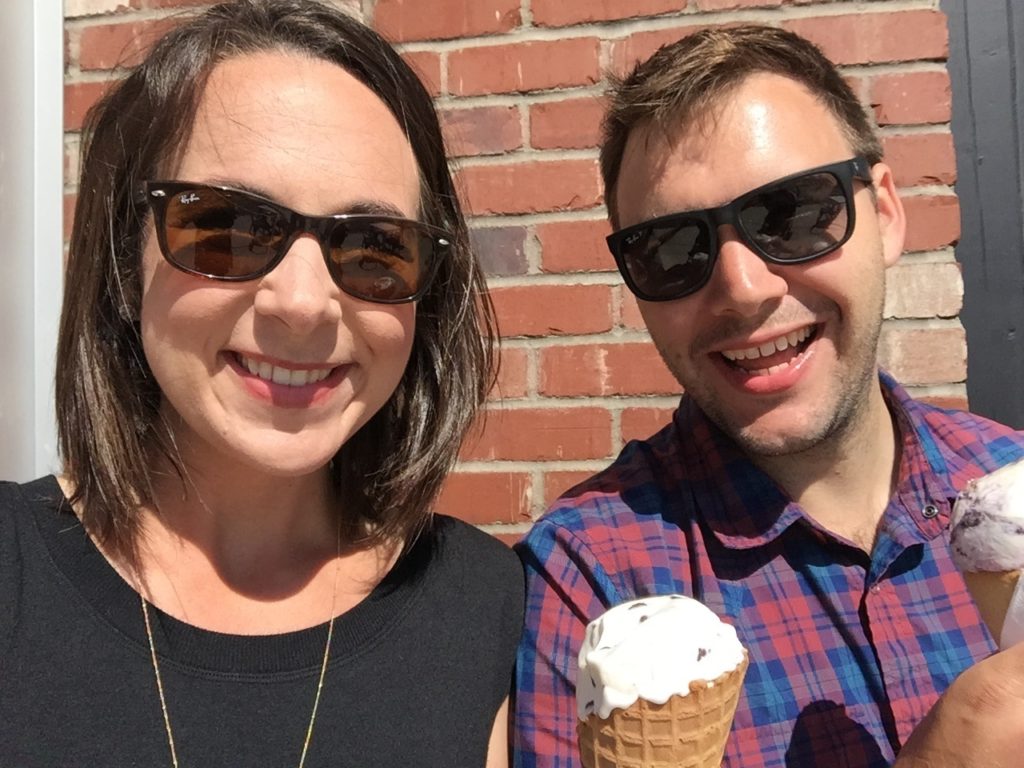 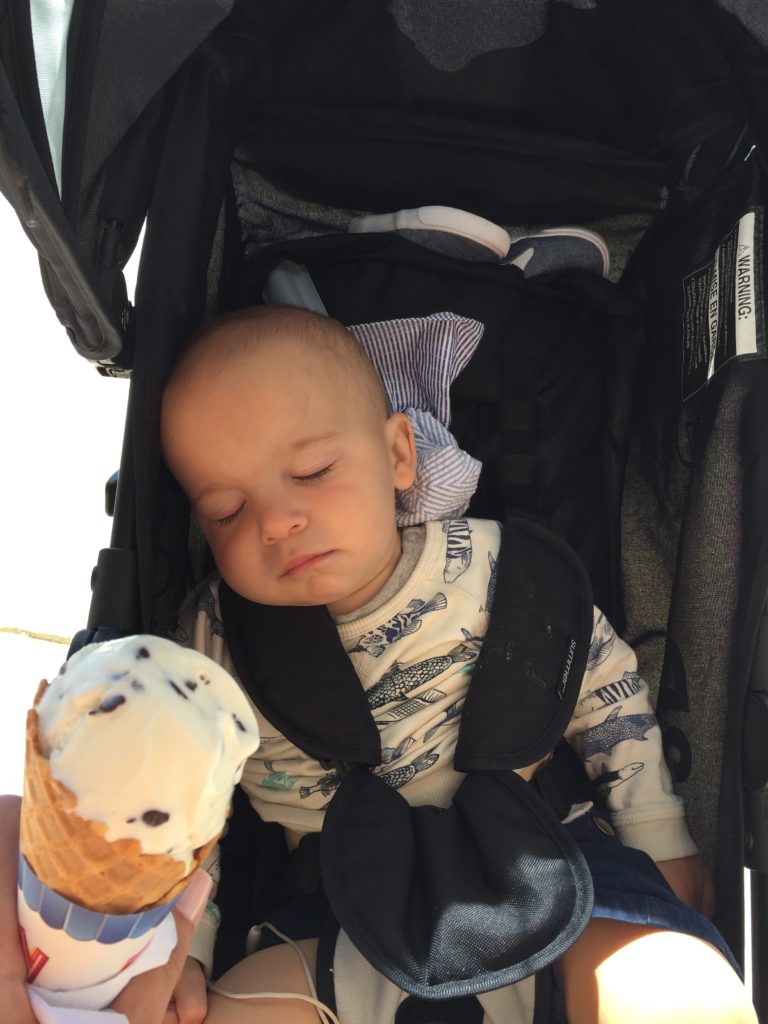 I will be forever grateful for this long weekend together in Seabrook. Family vacations are so important to us. It gives us a chance to spend time together, reconnect and be present and removed from the distractions of everyday life. This trip was perfect in every way and I really wouldn’t change a thing.