Ben had his four month well child checkup this week and we got a terrific report from the doctor about Ben’s health and development. The best news came at the end – she said she’s no longer treating him as a preemie because he is doing so well! 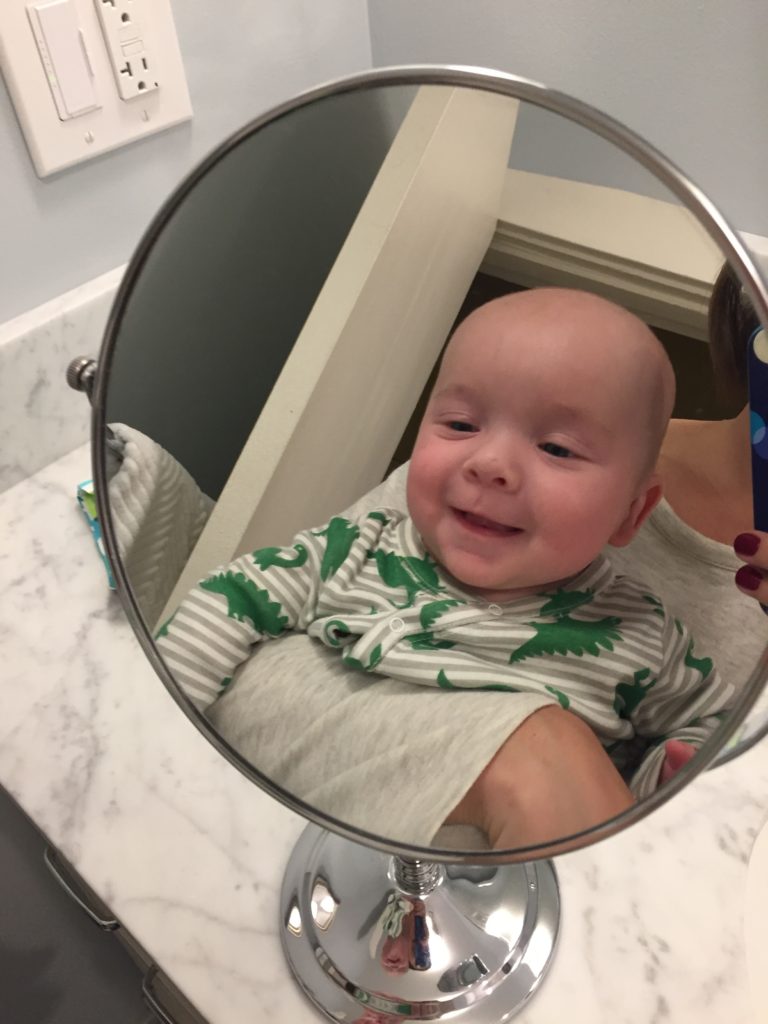 Right now Ben is in the 5th percentile for his weight (12 pounds 5 ounces) and height (23.5″) and the doctor said that he is right on par with his weight/height proportions. She calculated the amount of milk he needs per day and it is somehow exactly what Ben has been drinking {840 ml – yes, we measure in ml – never switched to ounces! But that’s about 28.5 ounces.}.

One thing Alex and I haven’t been sure what to expect was where Ben would be developmentally. Knowing that he came 7 weeks early, his “adjusted age” is his actual age minus 7 weeks and all of the books and doctors said to “adjust” his age and treat him like that age. He never seemed to really be in line with his adjusted age for development. It turns out his doctor agrees – she said he met all of his 4 month milestones, which included:

The doctor also suggested that she thinks Ben is teething! We had been suspecting that for a couple weeks ever since Ryan and Mary mentioned perhaps he was teething about 3 weeks ago. He probably won’t cut a tooth for a while, but the doctor said he is showing signs that things are working underground to prepare for a tooth! 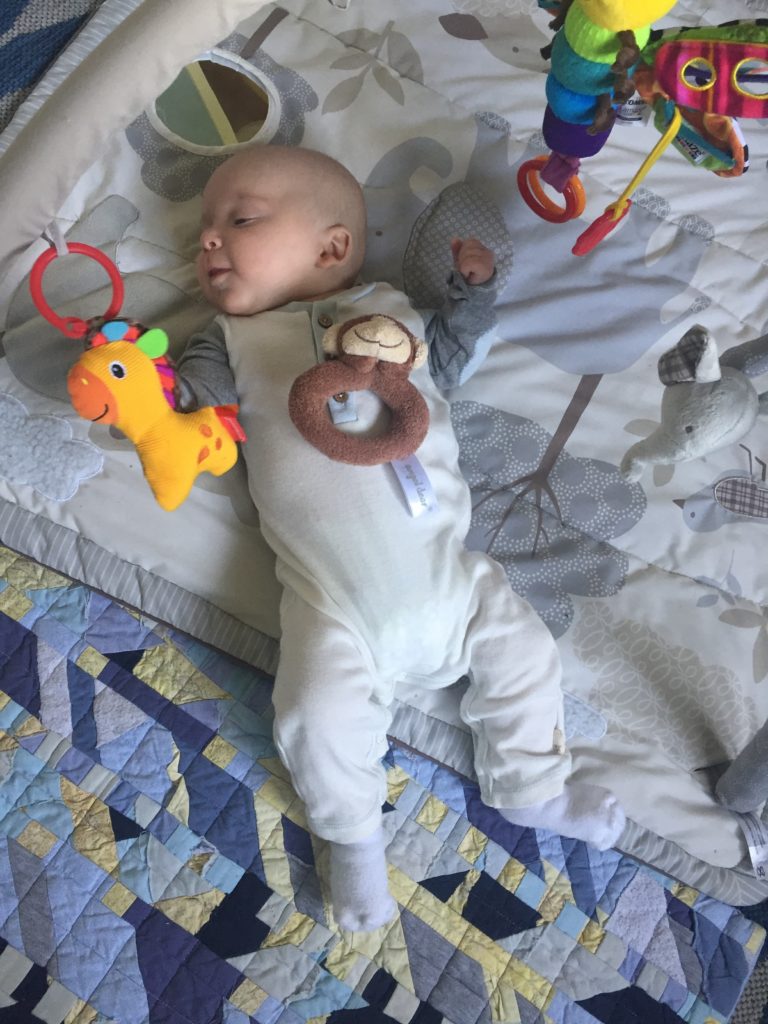 Ben also got three shots {only two with needles, thankfully}. He was such a trooper! The nurse who administered them at this appointment was SO much better and faster than the slow poke who gave them at Ben’s two month appointment. He only screamed for about 10-20 seconds and then calmed down. As much as I don’t want Ben to have to be in pain from the shots, it’s nice to know that he’s on his way to being protected from some nasty, nasty stuff! 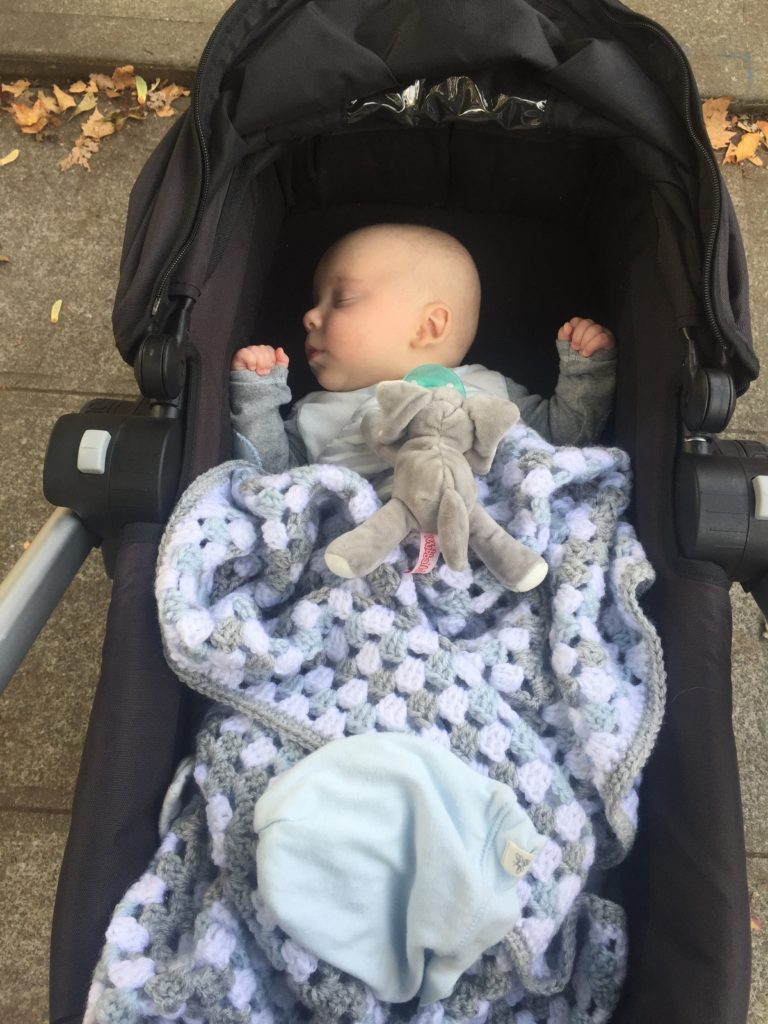 We were SO pleased with the report from the doctor. It deserved a celebration. It’s hard knowing when you can be a “normal” parent versus when you have to be a paranoid preemie parent, but it sounds like we’ve been given permission to just be normal parents now!