As a four month old now, Ben is obsessed with putting his hands in his mouth, smiling, cooing and playing with his colorful butterfly toy. We are having more and more fun with him each day! It has been really exciting to watch him grow and develop, especially in this last month. 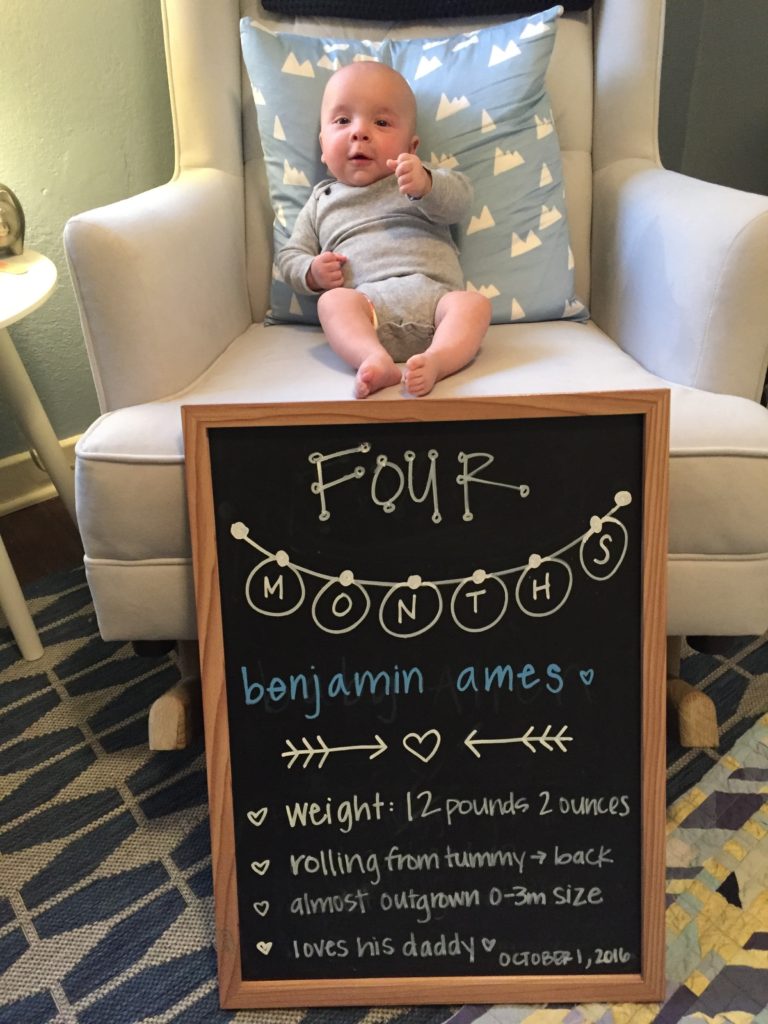 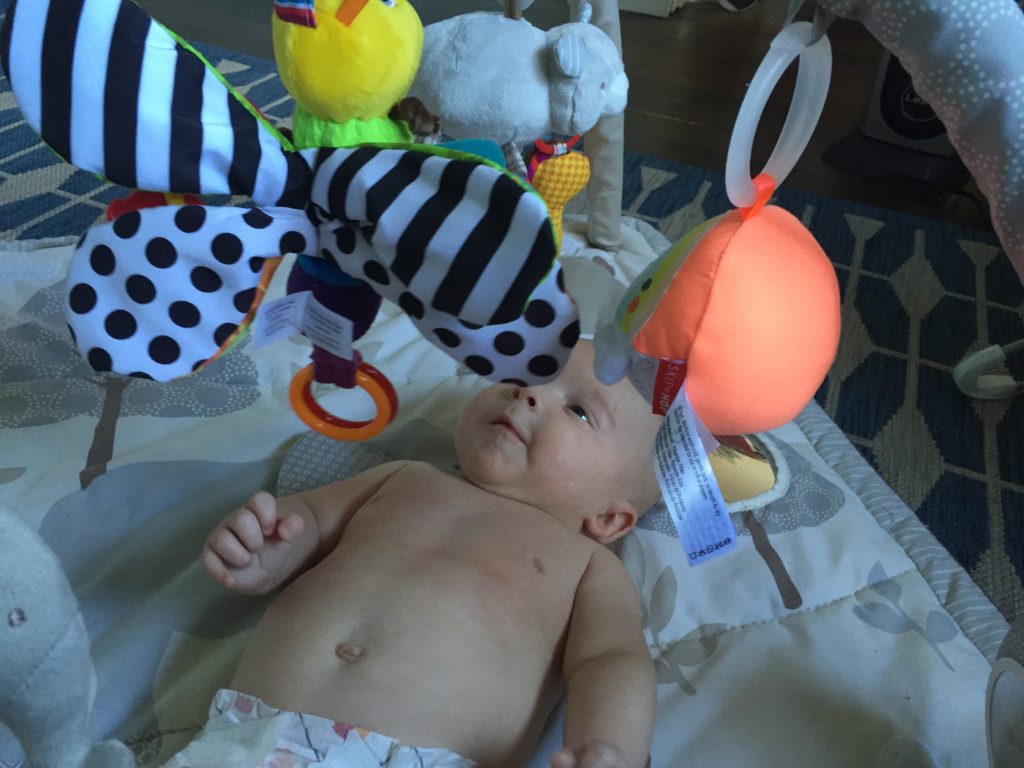 Ben is SO interactive these days! He absolutely loves laying on his playmat batting the toys above him. We recently got some new, more colorful, toys to hang and he seems to enjoy them. When he plays on his mat he waves his arms and legs and wiggles his whole body while making the sweetest little cooing sounds. 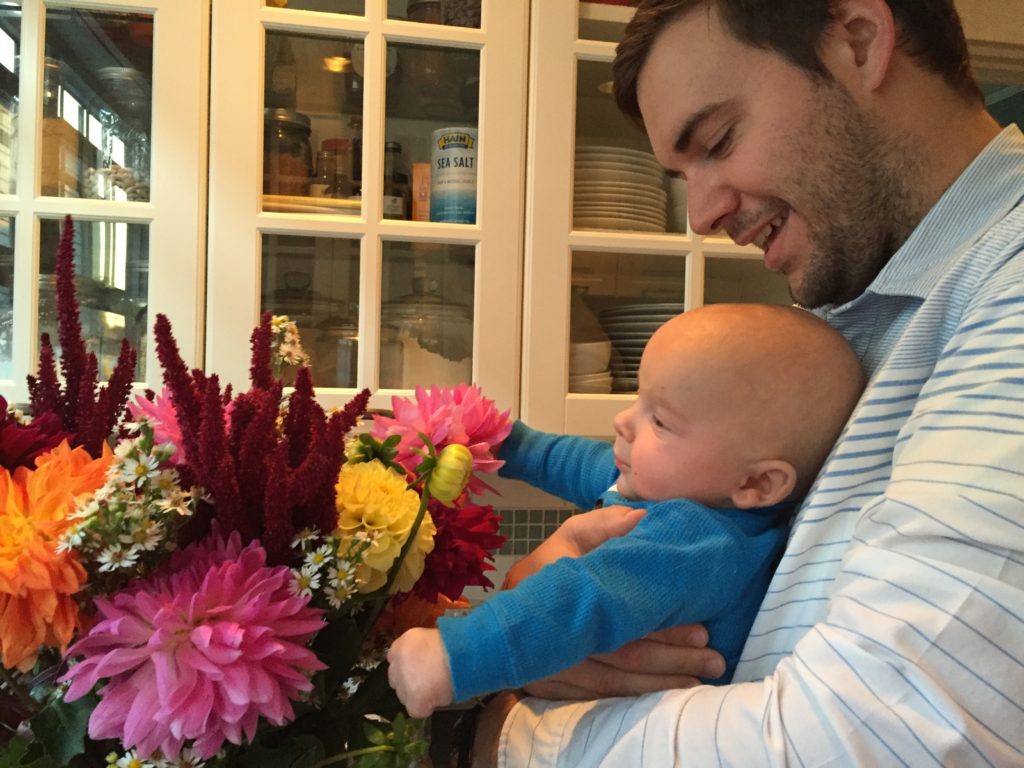 Ben sure loves his daddy! 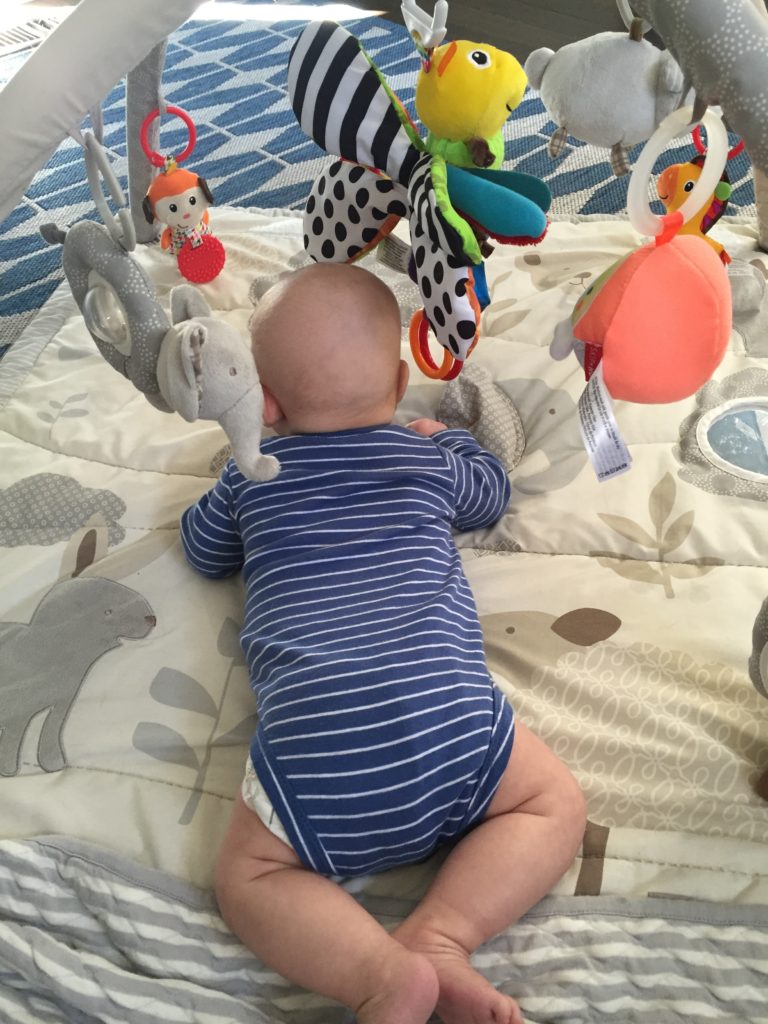 Over the last month Ben’s head and neck control has gotten pretty impressive. We just purchased a high chair for him and hope to introduce him to it soon. We’re looking forward to him being able to join us at the dinner table — no solid food quite yet {waiting until 6 months or so}, but we want him to get used to the high chair and meal time that doesn’t include the bottle. 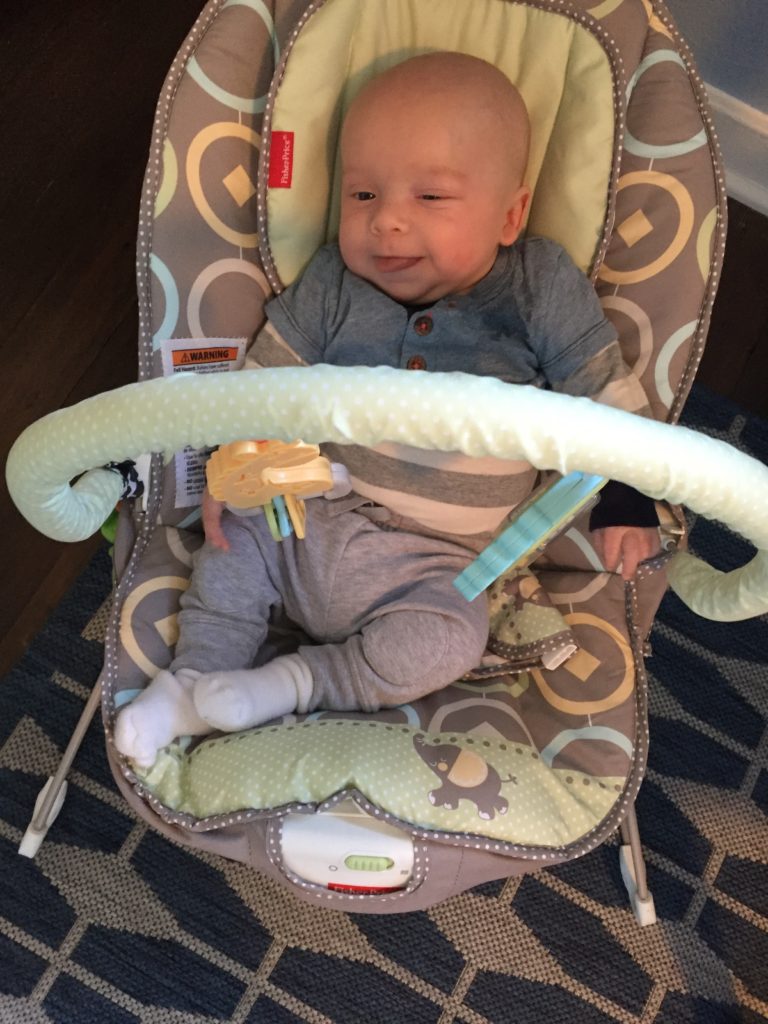 Another new toy that Ben has is this bouncy chair! He is still getting used to it but we think it’ll grow on him. 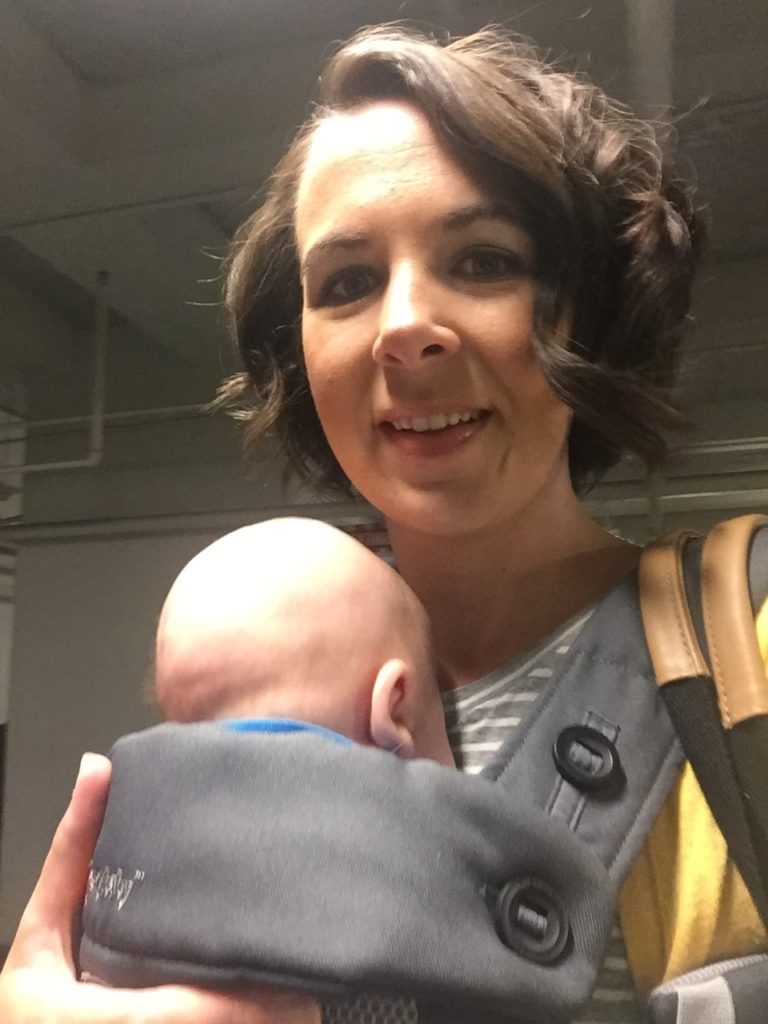 One of the weirdest things about Ben getting older is our adjustments to transitioning him out of some infant-size things, like the infant insert in the baby carrier and car seat, which we have recently done. 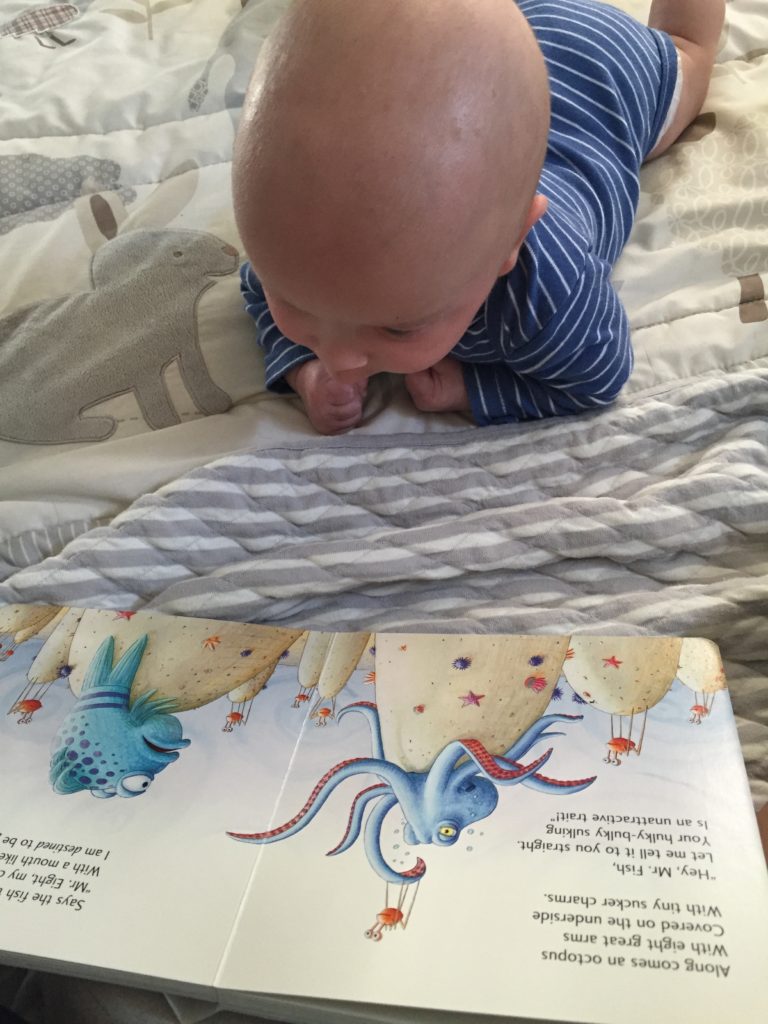 Lately Ben has been getting more interested in books. We’ve got quite a collection of board books for him, but this one {Pout Pout Fish} is a favorite of his parents! 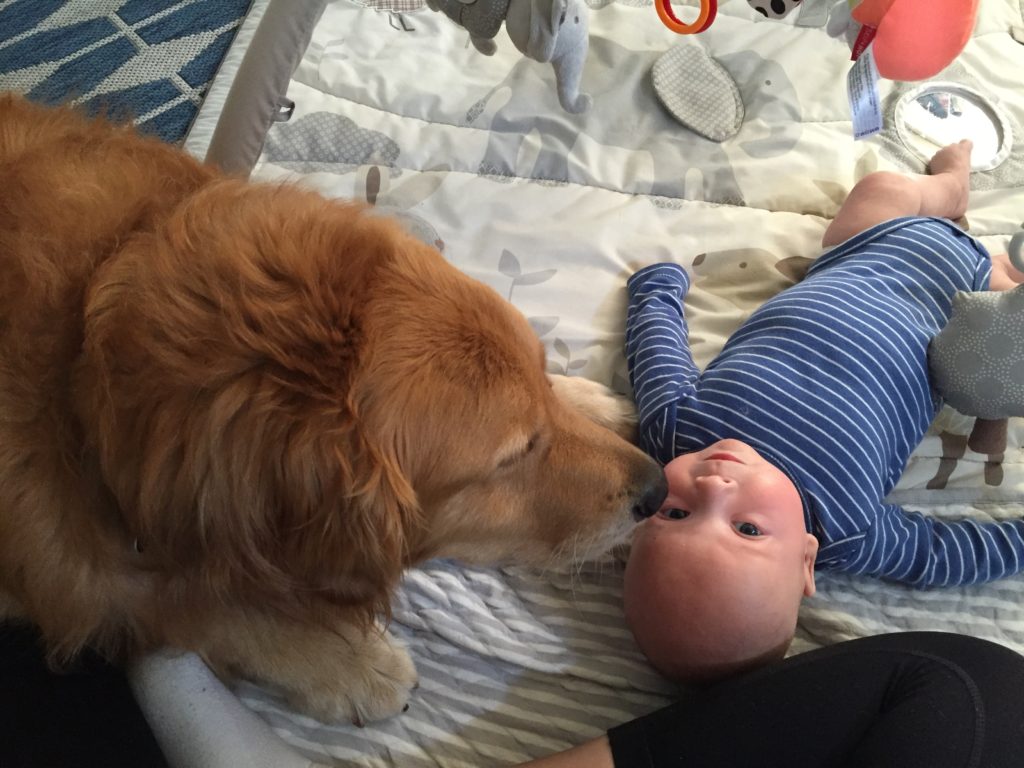 Jackson and Ben are buddies! Sometimes Ben will stick his arm out and sort of pet Jackson. It’s adorable! 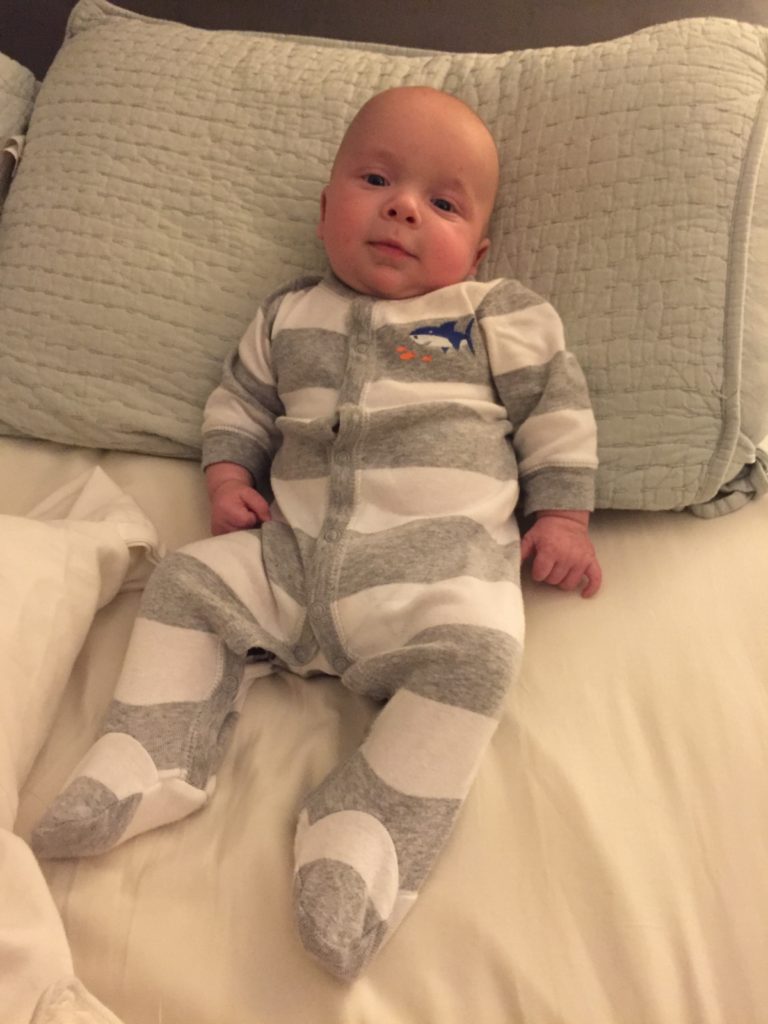 Ben is so close to rolling from his back to his tummy! He all but mastered rolling from his tummy to his back quite a while ago and continues to practice the opposite. He gets just past his side but then his arm on the underside gets in the way. 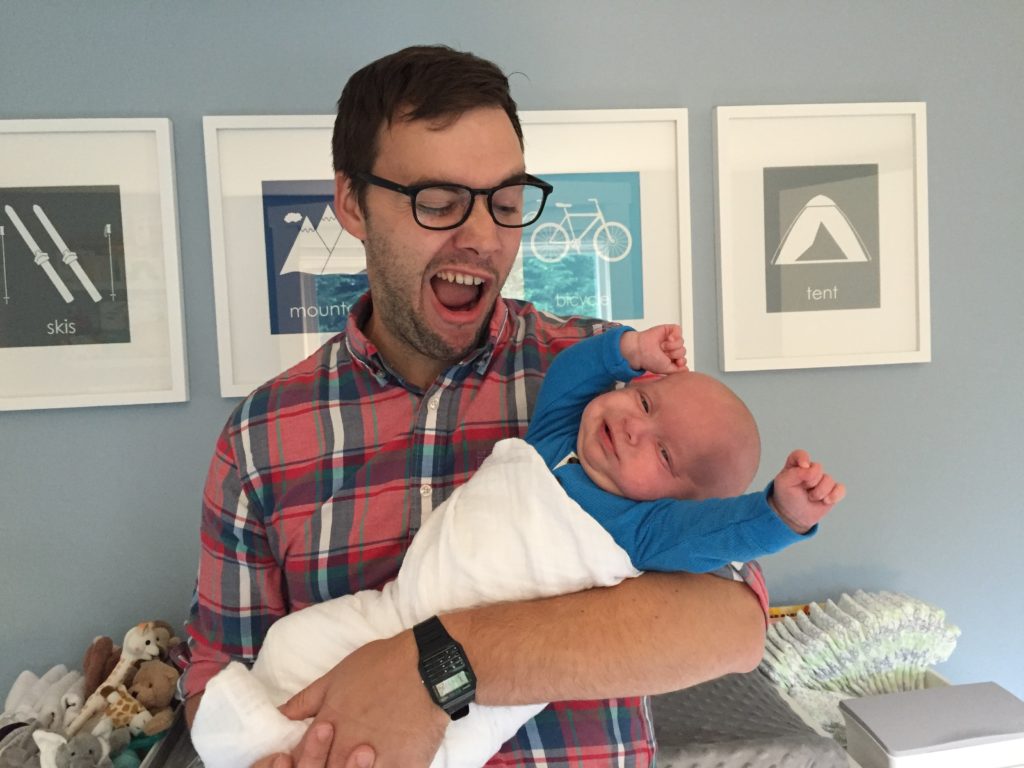 At four months minus four days Ben weighed 12 pounds 2 ounces which puts him in the 8th percentile for weight {!!!!!!}! He has his four month checkup coming up this week so we’ll get an updated length on him at that point. At his 2 month checkup he was in the 10th percentile for height {21.5 inches} and we are curious to see how much he has grown!

Developmentally, as best we can tell, Ben seems to be right on track with an average four month old. We weren’t sure how he’d stack up with hitting milestones given his prematurity, but he seems to be pretty much right on par. 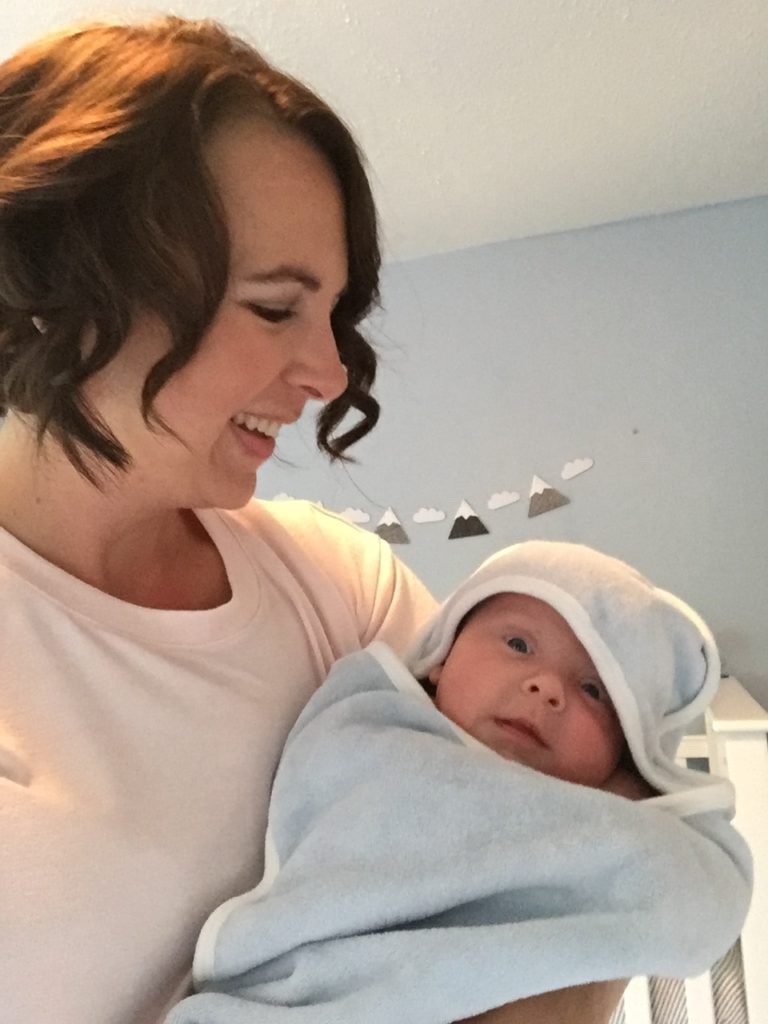 In the last week Ben’s overnight sleeping patterns have been terrific and trending towards him sleeping through the night. He’s not quite there consistently, but intermittently we’ll take sleeping through the night when we can get it! During the day Ben is awake a lot more, which is new in the last month. He still takes a really long, solid nap most afternoons {around 2 hours} and at least one shorter nap in the morning and evening, but otherwise, he’s awake and hanging out! 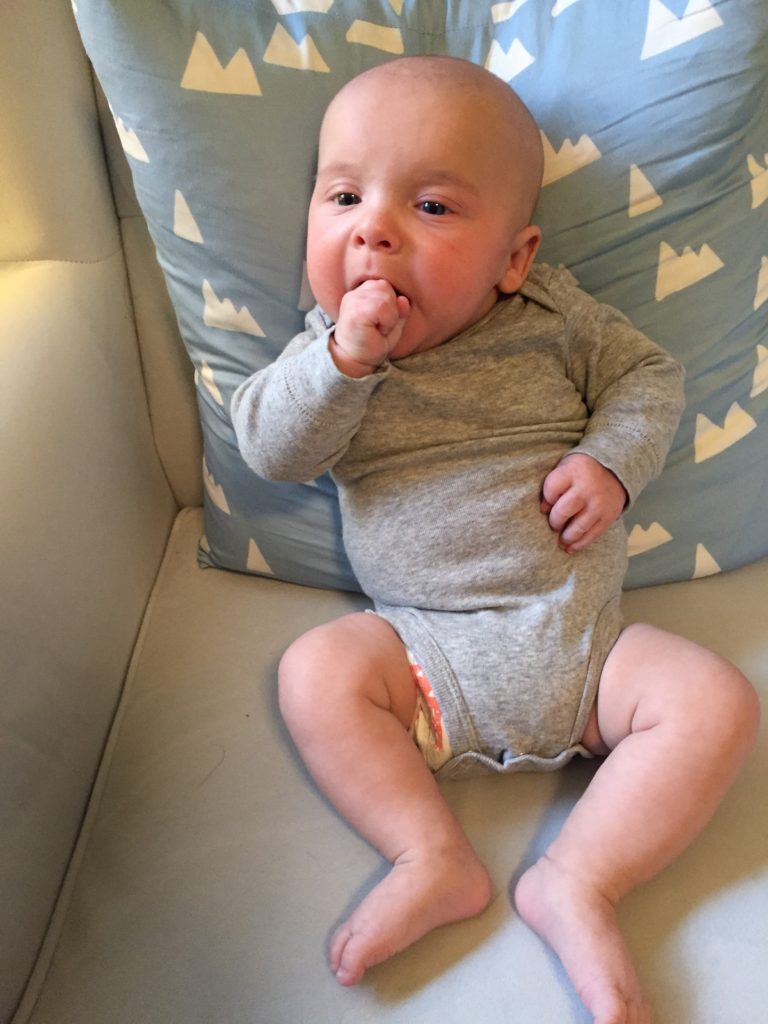 Since Ben has been so much more interactive lately we are going to make more of an effort to get out and do fun things with him. I’m planning on taking him swimming this week and we’ll go for a hike this weekend. I’d love to make it to mama baby yoga next week, too! We want to start getting out to do things for Ben, not just carting him along to things that we want to do. I have a feeling these next few months are going to get even more and more fun! 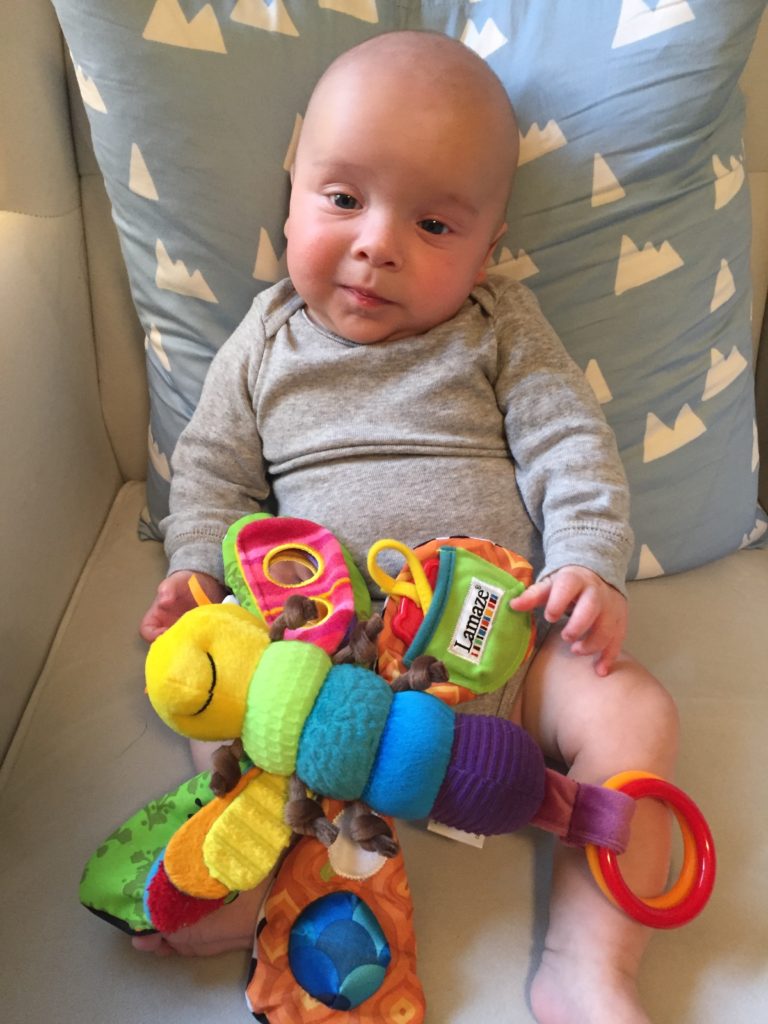 Right now Ben is still fitting into 0-3 month clothing but is just starting to outgrow some particular brands. The Carter’s brand clothing seems to fit him the best since it runs really small, but now that he’s getting towards the end of their 3 month size he’s more able to fit into other clothing brands that I like a little more. 🙂 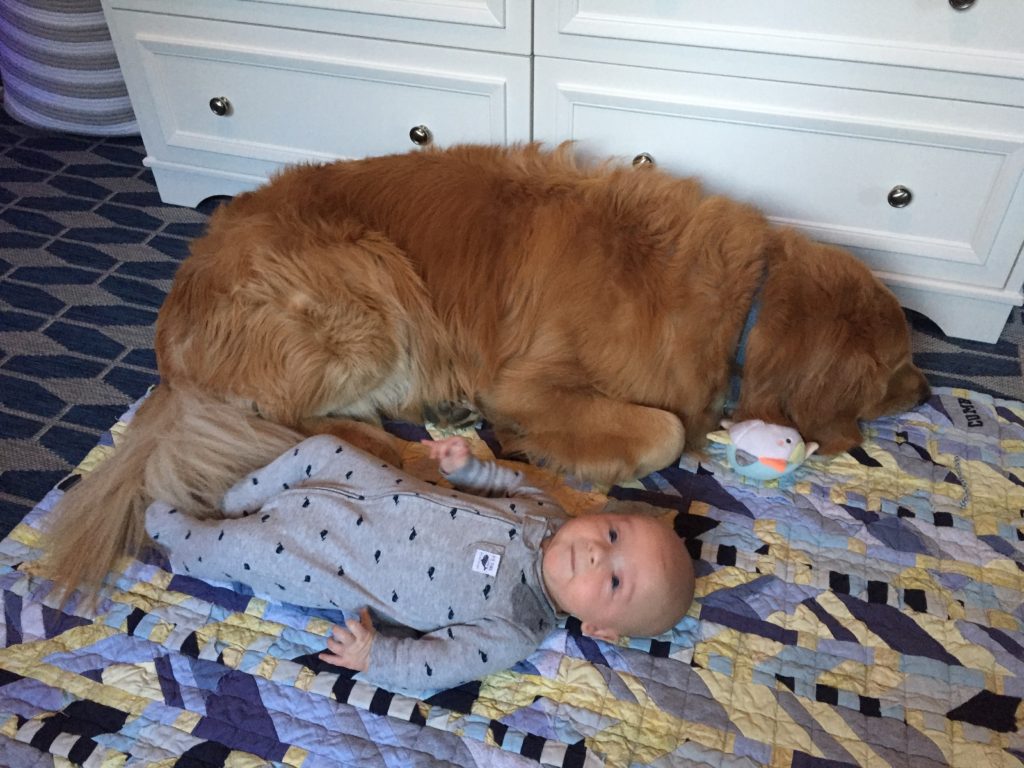 All in all, Ben is doing so, so, so well and we are having a blast with him! We can’t wait to see what life is like with a four month old!