It is so much fun to do quarterly updates for my oldest toddler, but SO much happens and changes in a quarter it is so hard to keep up with. My goodness gracious, though, my Benjamin has never been sweeter or more fun. That said, with the exception of Ben’s first quarter of life, this last quarter has undoubtedly been the most challenging. Three is no joke.

Two weeks before Ben turned three we started to see some major changes. The tantrums were mounting, the defiance was abundant, the screaming was persistent, the mischief was constant and the simplest tasks took an eternity and was like pulling teeth to just get Ben to brush his teeth. Every part of every day was extremely taxing. We knew “three” had arrived! 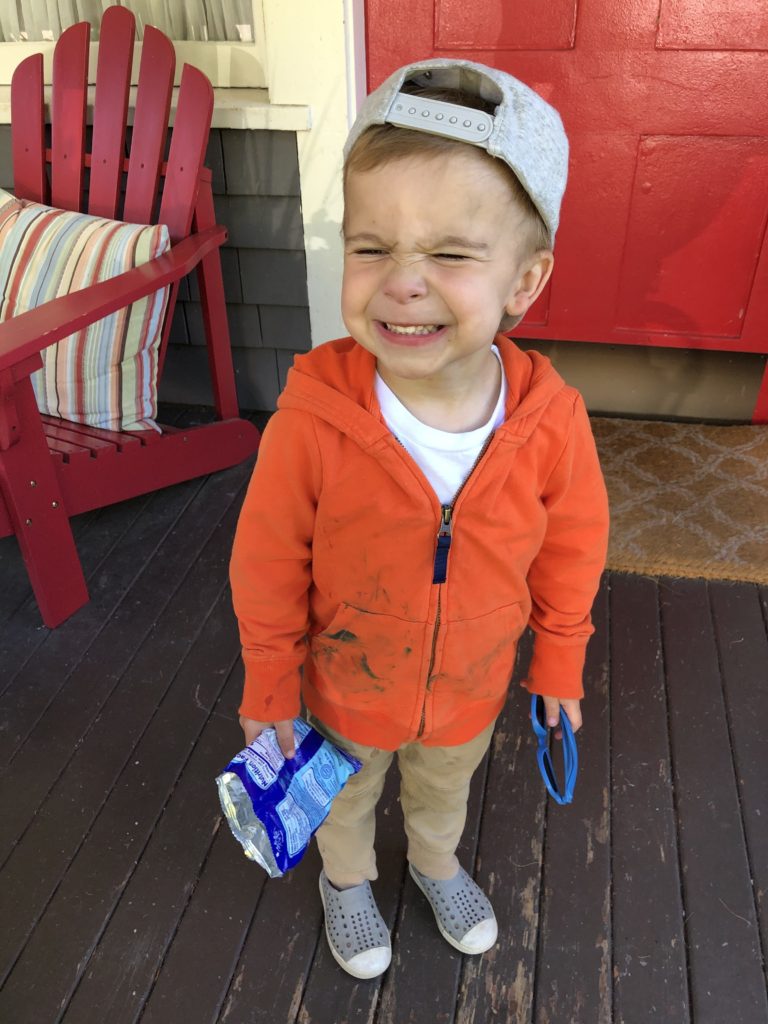 These unpleasant changes lasted a solid two months and then one day we had this mature little three-year old. I’m well aware that misbehavior is a sign either of needing/wanting attention, another need not being met {i.e. tired/hungry, etc.} or a big period of brain development. I’m pretty sure with this particular season it was largely a developmental milestone, but also a major transition – Ben’s routine and schedule totally changed and we began our summer schedule right around this time, too. 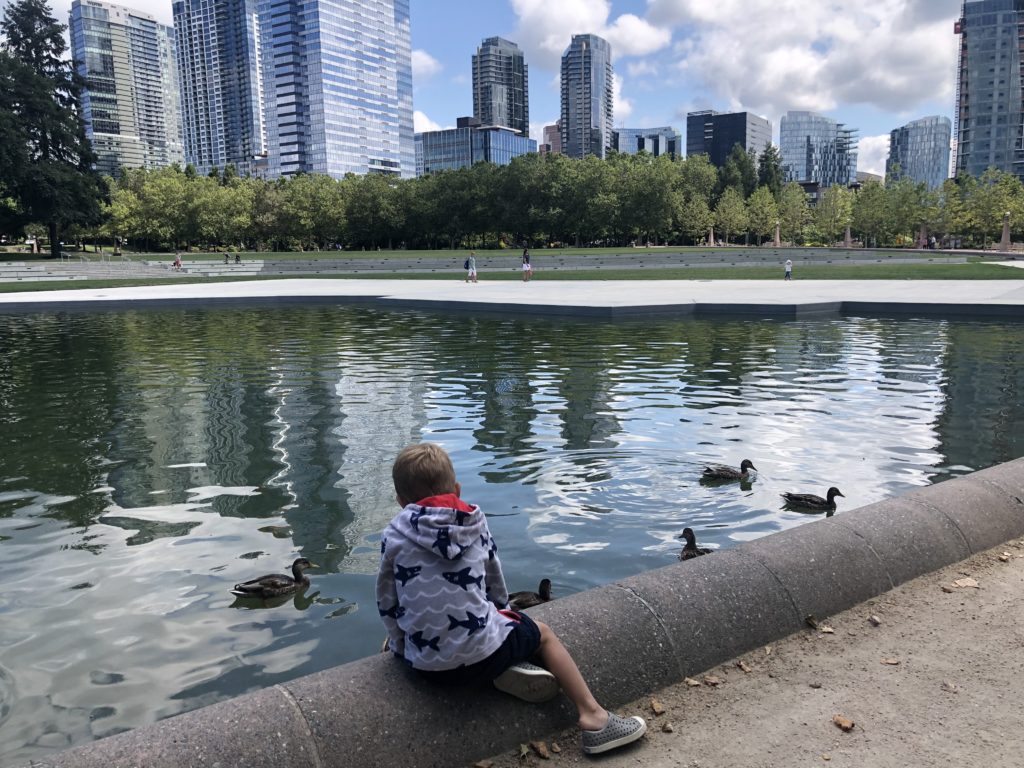 Our little threenager is just that – a mini teenager. He wants to do his own thing, But at least he still likes us! 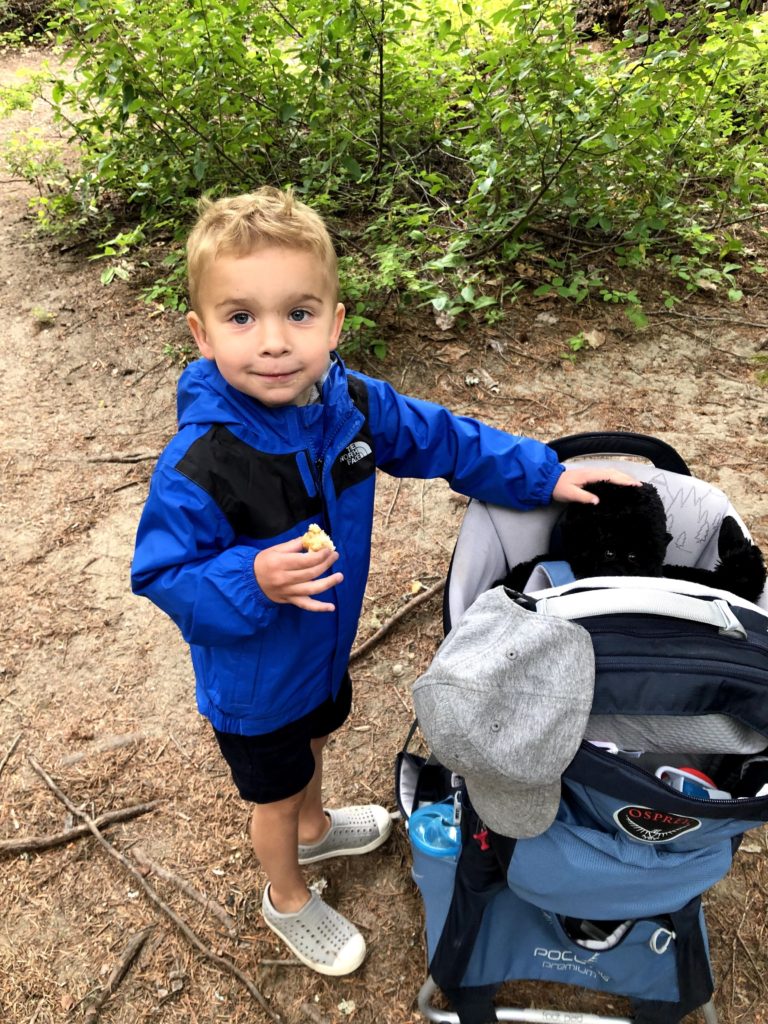 Even as a very young toddler Ben has always been quite independent. He loves getting himself dressed, helping in the kitchen, playing on his own, reading books to himself and doing things for himself. 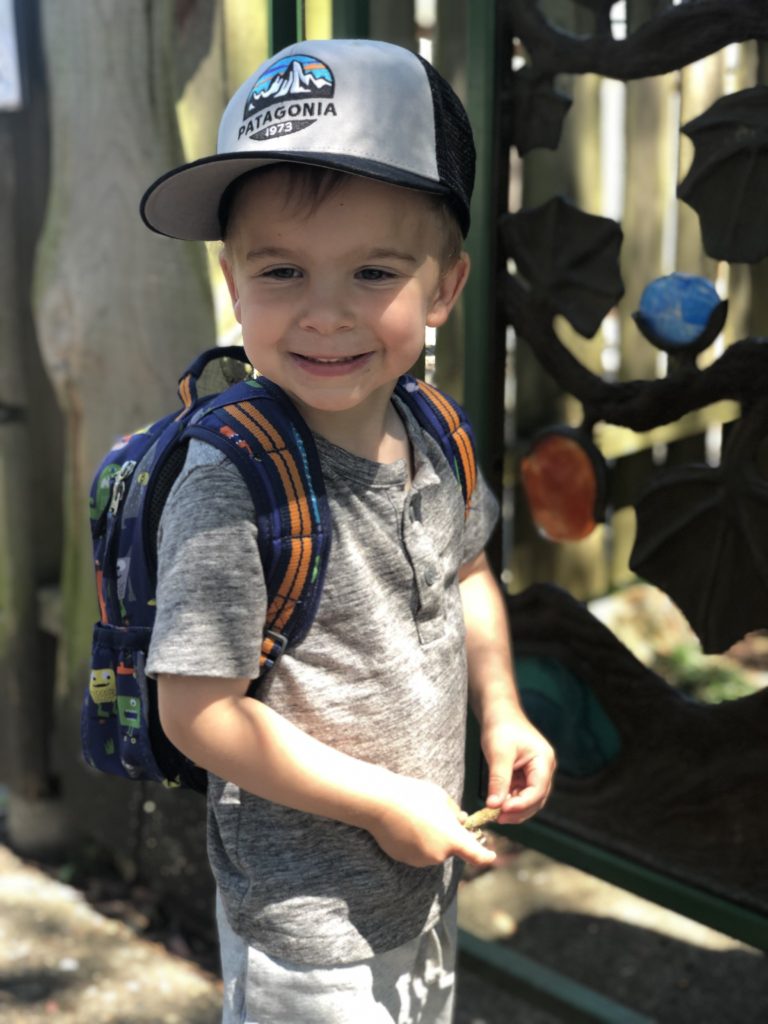 Ben is extremely curious right now. Alex and I are doing whatever we can to foster that. I love when he asks “why” or for more information about what something is or how it works. He amazes me sometimes with his ability to recall or repeat what I say. 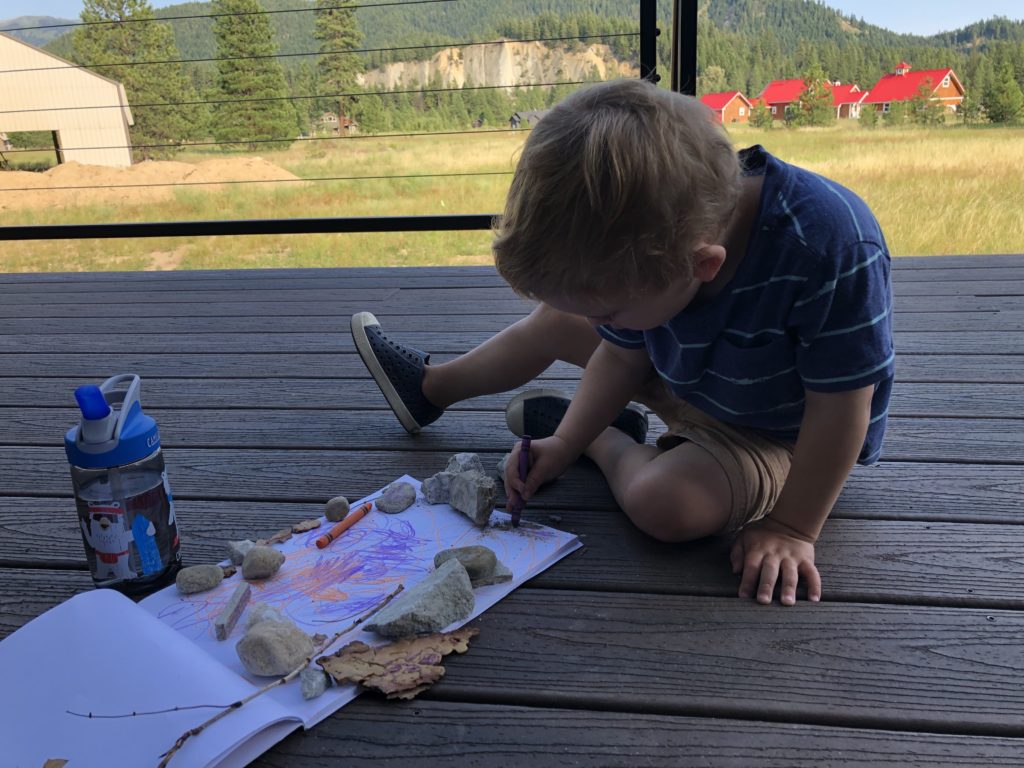 Alex and I have been loving the progression that our conversations with Ben are taking these days. He asks such thoughtful and insightful questions. He’s starting to understand the concept of time a little more, though this has been a tough one to get. 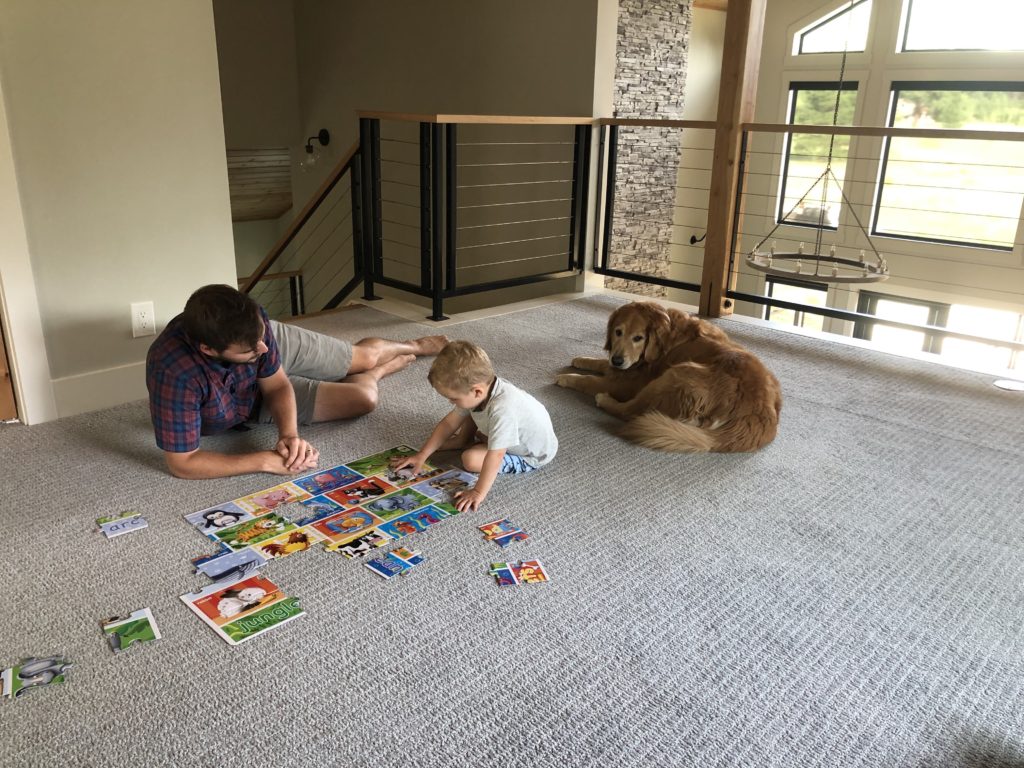 As a 3 1/4 year old, Ben is sleeping around 10-10.5 hours overnight and most days takes a 2-3 hour nap. He usually goes to sleep around 8 or 8:30 and wakes up somewhere around 6:30. About once a week he’ll wake in the night – usually because he dropped a stuffie or pillow and can’t find it, though he does have the occasional bad dream. 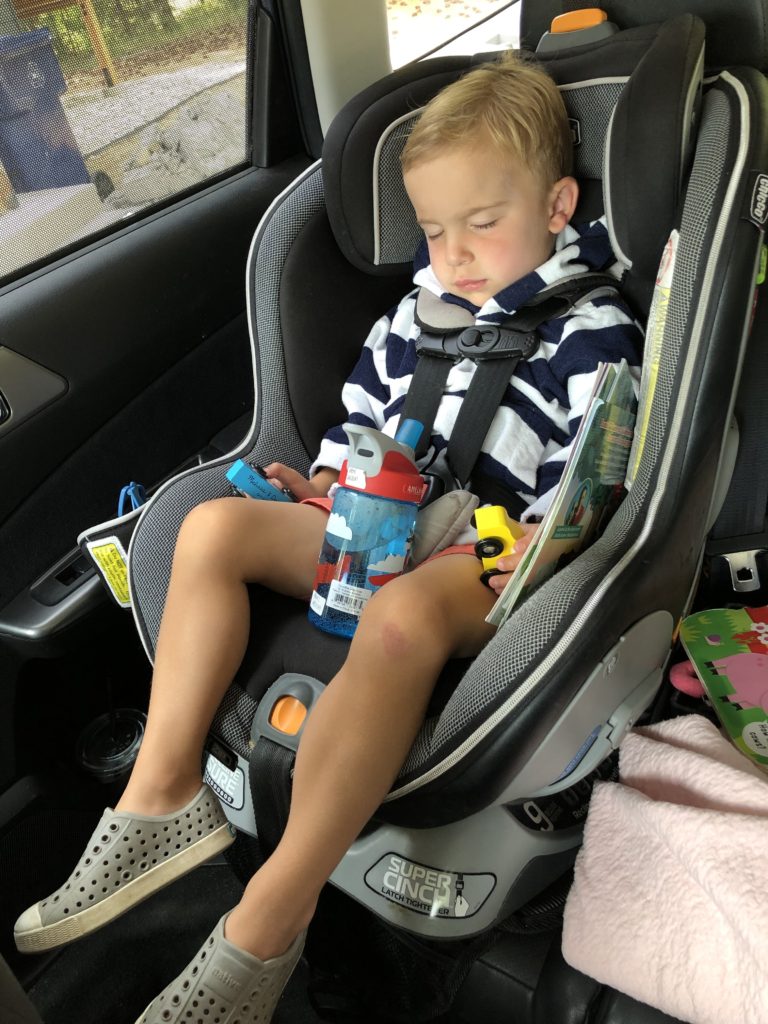 Socially Ben has made some big changes in the last quarter or so. He has several friends and there are some friendships that seem to be stronger than others. There are some kids from his school last year who he seems to miss and asks about often. At this point he prefers playing on his own. We’ve had some friends up to The Lodge and it’s been really neat to see him playing so well with the other kids. 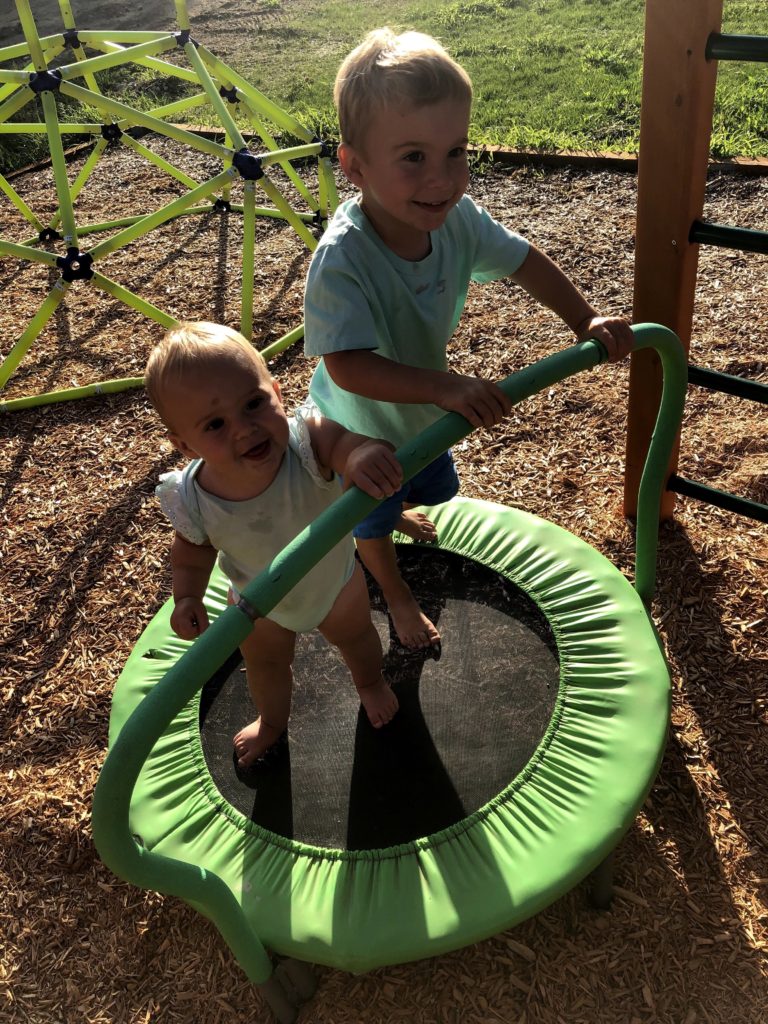 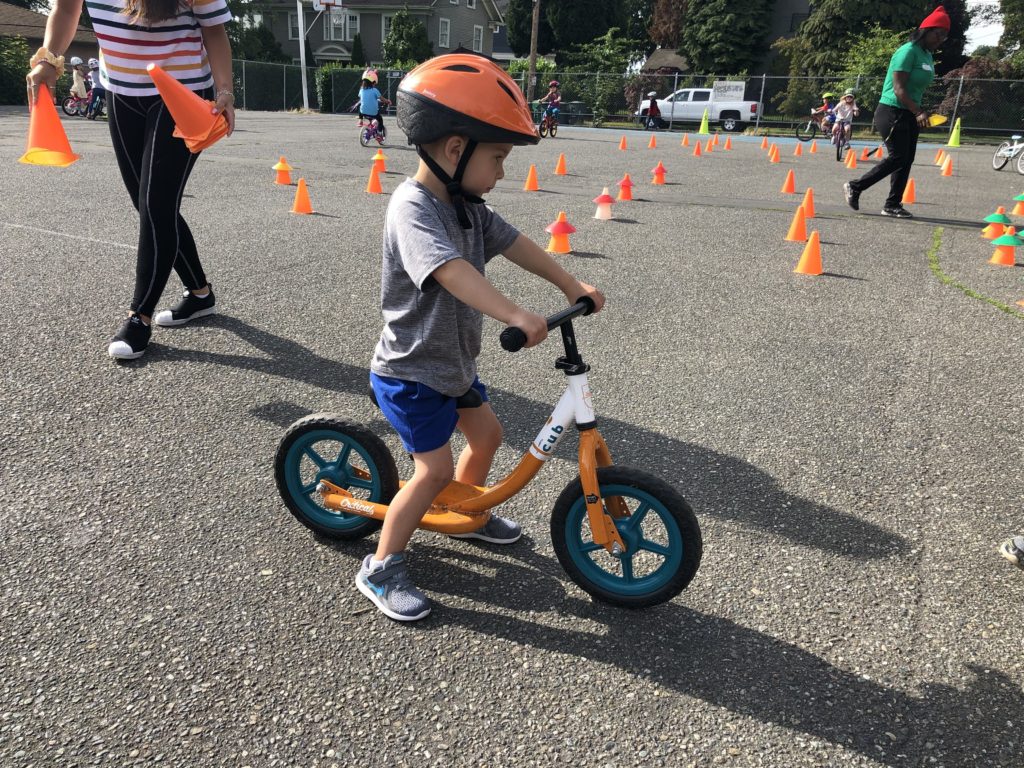 Because he mastered the balance bike we felt he was ready for a pedal bike. While we still feel like he’s ready – he is having a really hard time figuring out how to actually pedal. We popped the training wheels on so it would be a little easier, but this has been a source of tremendous frustration for him. He had a terrible time in his second week of bike camp with the pedal bike and I ended up pulling him out halfway through the session because he was so upset about it. He’s just not getting how to pedal. We’re going to lay off of this for a bit and pick it back up after he has the opportunity to ride a tricycle or just take a break. 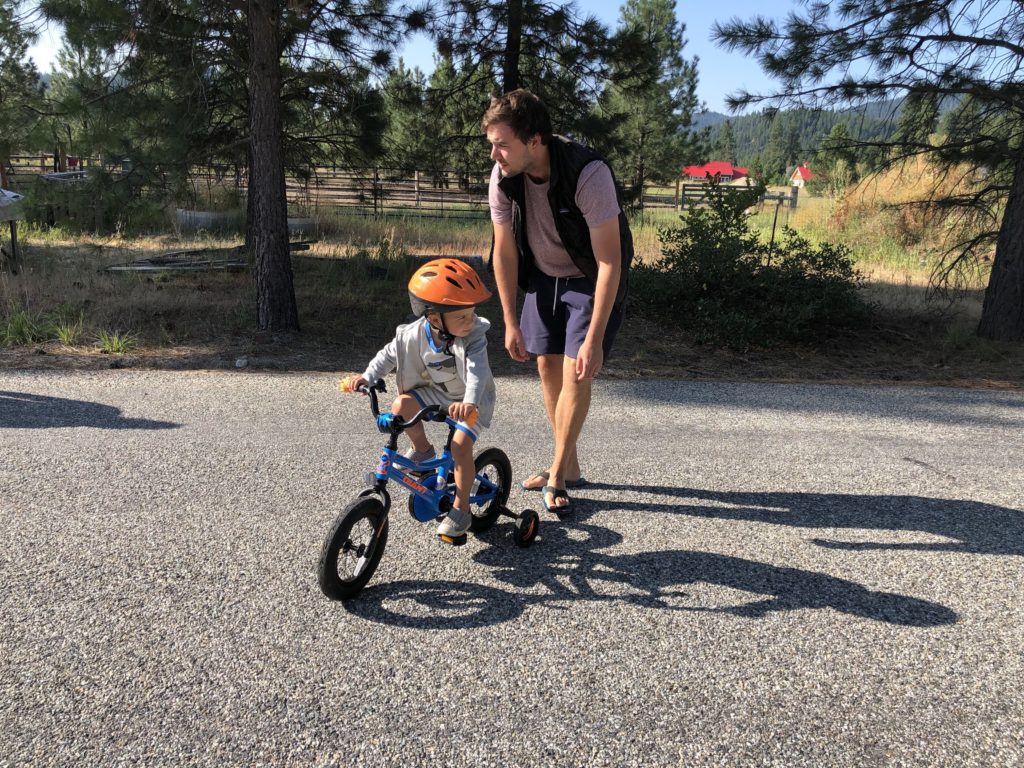 Ben has always had a natural athleticism and has become very interested in soccer and baseball {well, t-ball} recently. It’s impressive watching him hit the ball on the tee, play catch and kick a soccer ball. He is really looking forward to his first experience playing soccer this fall. 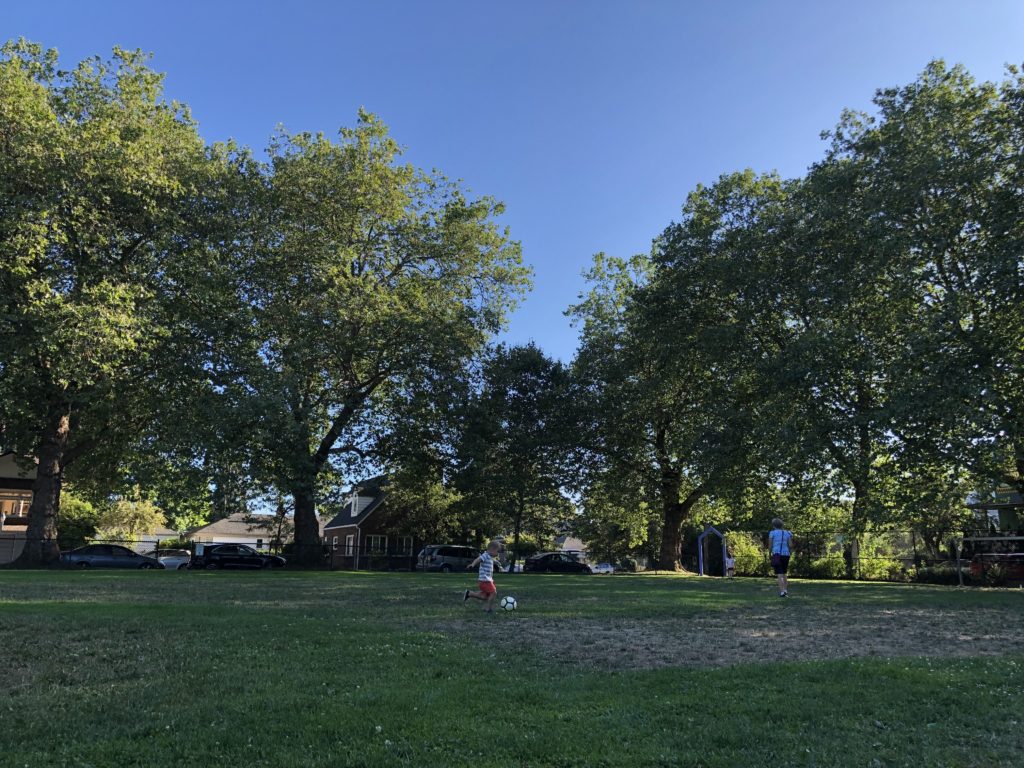 At home, Ben loves to be helpful, particularly in the kitchen. He really enjoys cooking with me and will often come put his step stool next to me and ask to help make dinner or if we can bake something together. 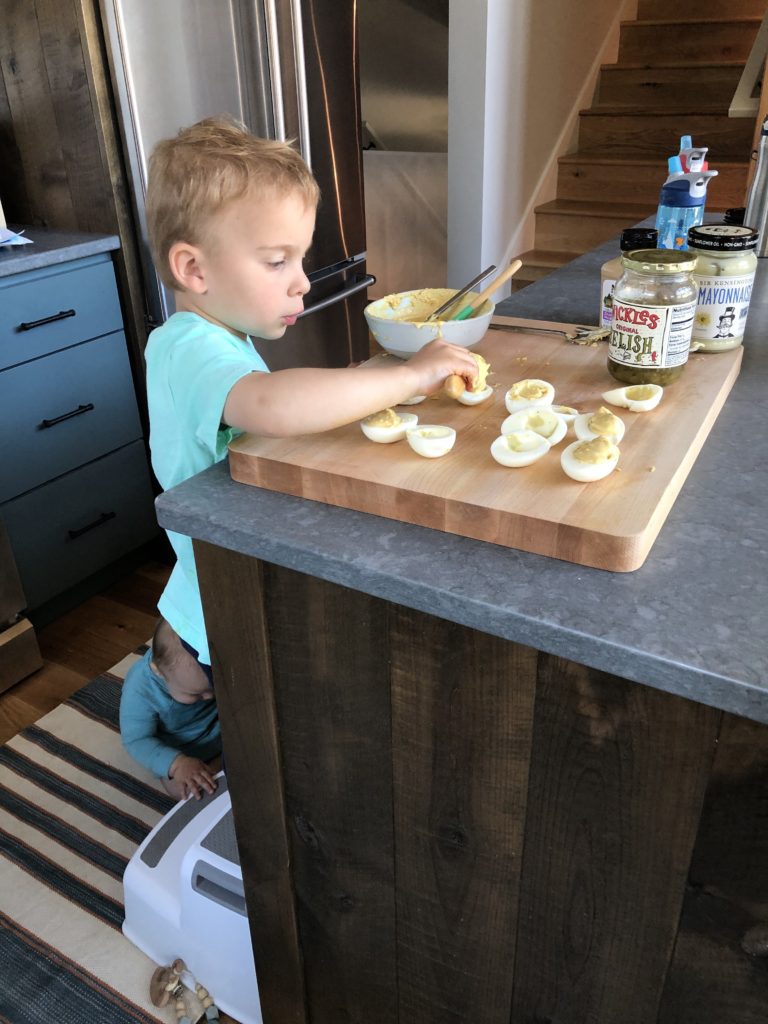 Ben’s personality is staying mostly constant at this point. He is as sweet as they come. He loves to be surrounded by family and people who care about him. Close relationships are very important to him. Ben is compassionate, sensitive and empathetic and is very, very loving. He is really impacted by how other people feel. His sense of humor continues to emerge and he loves to make people laugh. 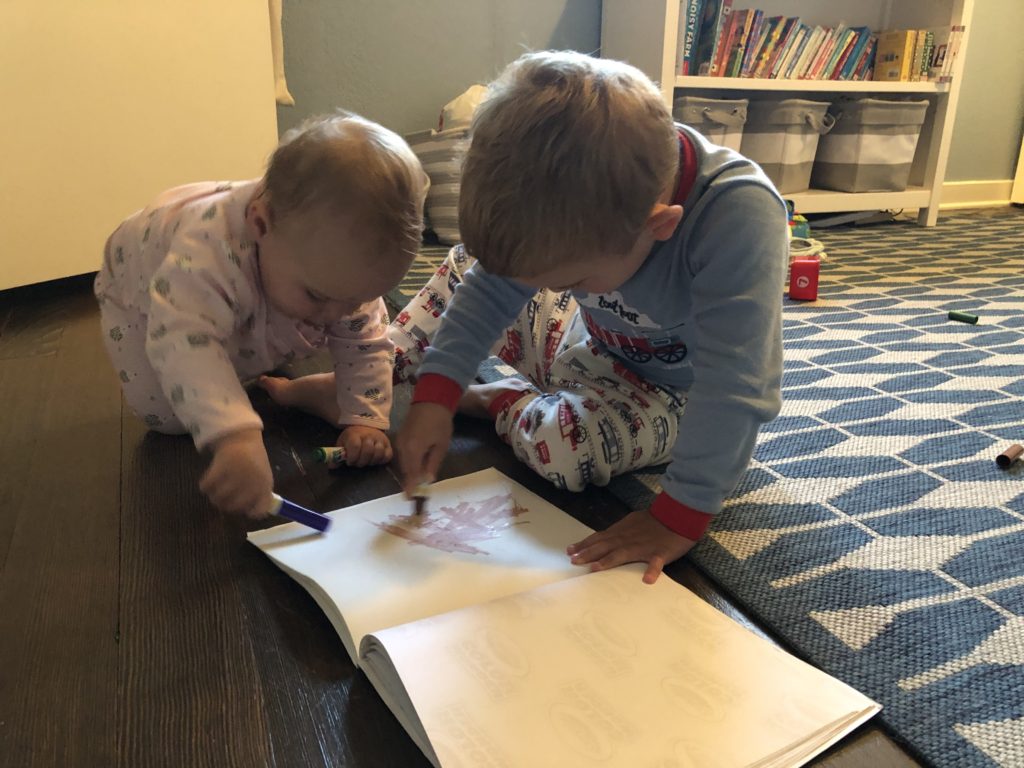 It’s really timely that my quarterly updates seem to largely coincide with the changing of the seasons. We are rounding the corner to fall and Ben has some really big transitions ahead. He’s starting a Montessori preschool after Labor Day where he’ll go 3 days per week, he’ll be joining a soccer team and getting back into gymnastics. We always have so much to look forward to and this fall is no different.