We’ve reached the end of another month and this time it means that Ben is 21 months old! We’ve begun preparing for his second birthday already and this little boy is a full-fledged toddler on the move. I just can’t believe it. 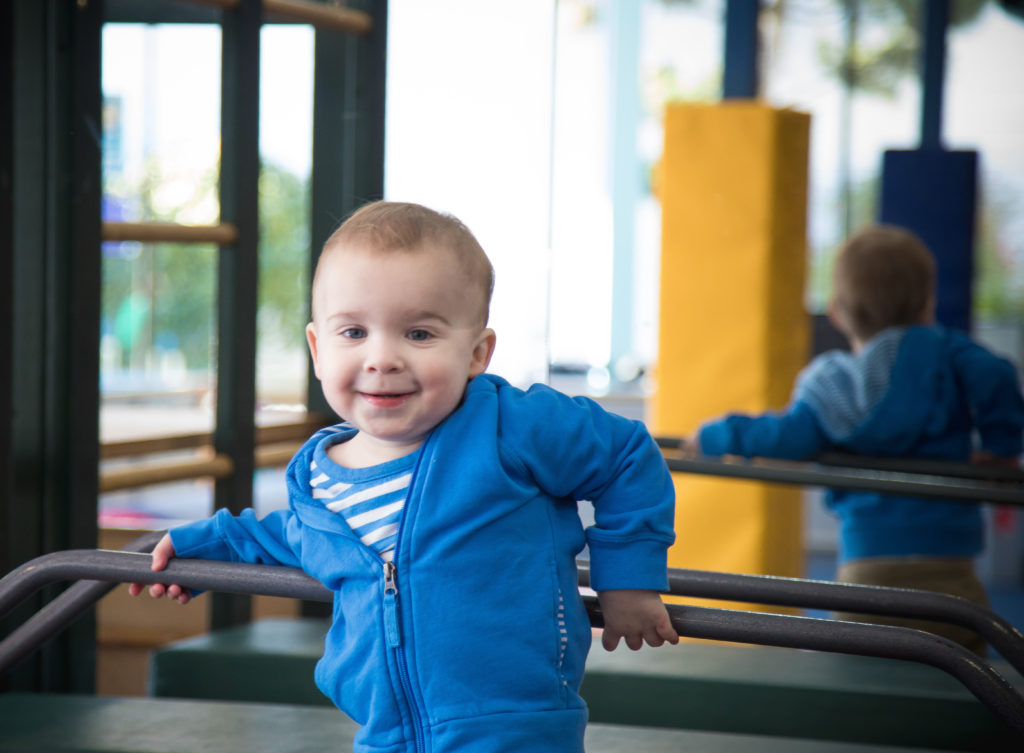 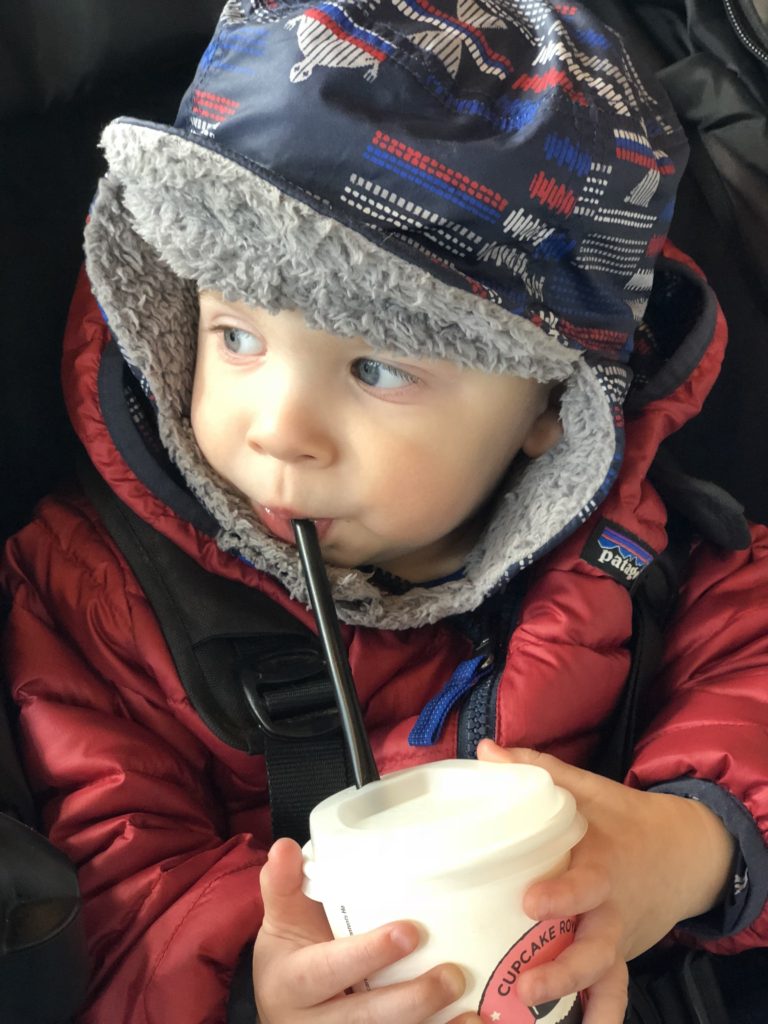 Over the last few months Ben has been practicing using a fork and a spoon to eat with. I think he’s officially gotten to the point where he prefers utensils instead of his hands. His dexterity is getting quite impressive the more he practices. He has been proving that he’s really ready for major eating independence on things like applesauce, yogurt and cottage cheese – all things we at one time spoon fed him. It’s been fun to see the progression and how proud of himself he is.

Ben’s morning wake-ups have been a little funny for a few weeks. Most days he’s been waking up quiiiiite early. We use a fantastic tot clock so he knows that he has to wait for the light to turn green before we’ll come in. Recently he started singing to himself in the mornings as he awaits our arrival. It is the sweetest thing listening to him in his room singing songs. I love that he’s actually starting to sing songs – he will occasionally request some of his favorites or just start singing the words. 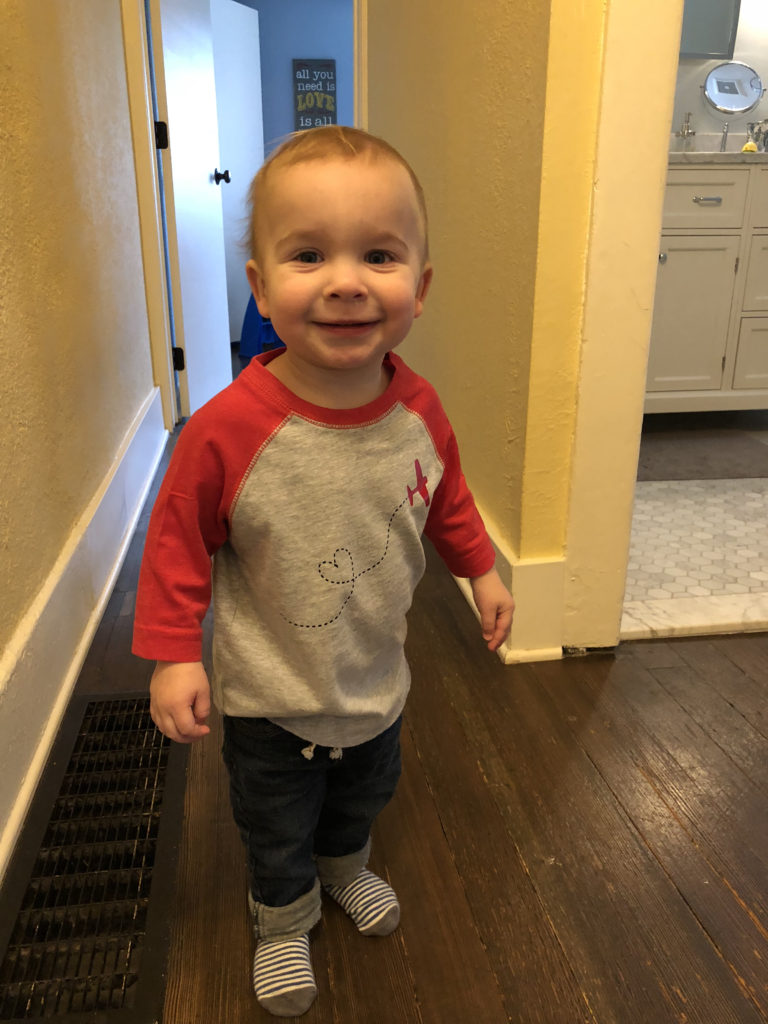 “Getting cozy” is one of Ben’s favorite morning activities. We put him up on our bed, pull my big cozy blanket up over us and read stories while Ben drinks his milk. Sometimes he’ll get cozy in his chair in his room all by himself. He’s also figured out how to get Alex or me out of his chair if he wants to sit there by himself – he’ll put his hand out and say “walk” and then take a couple steps forward with us, let go and then go climb into the chair and take it over. Clever boy… 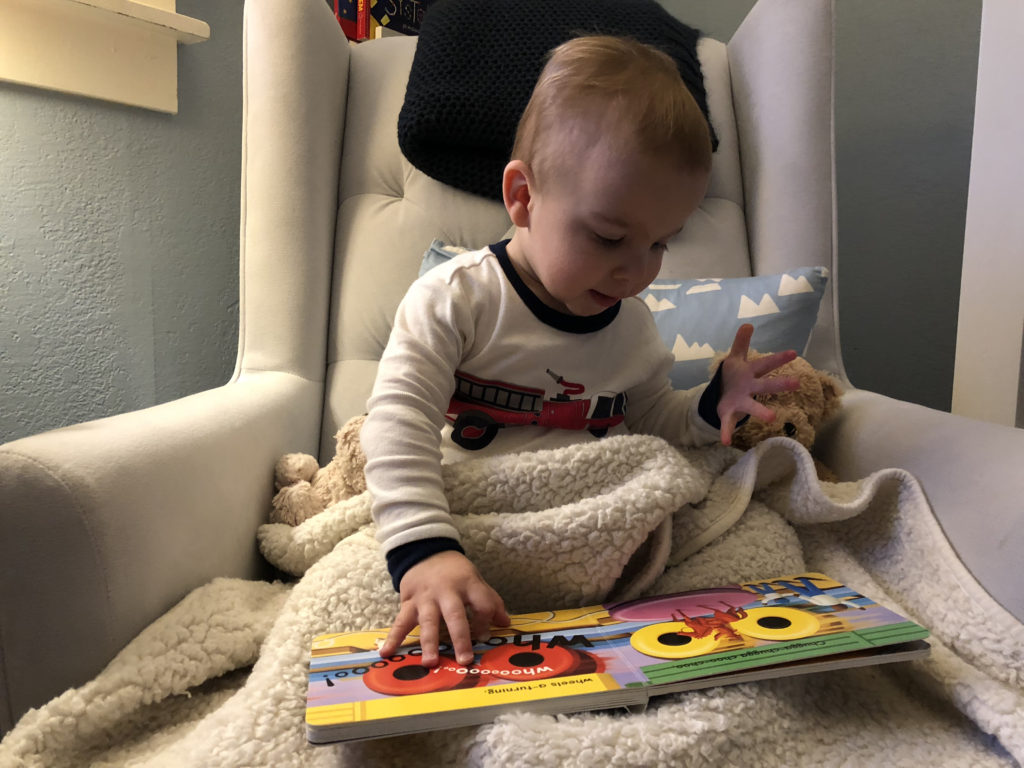 In keeping up with common developmental themes over the last few months I think language skills is again the biggest area where Ben has grown this last month. He’s putting together phrases and stringing together more dual/multi-word sentences and making noticeable connections. It is so fun to watch this take shape. 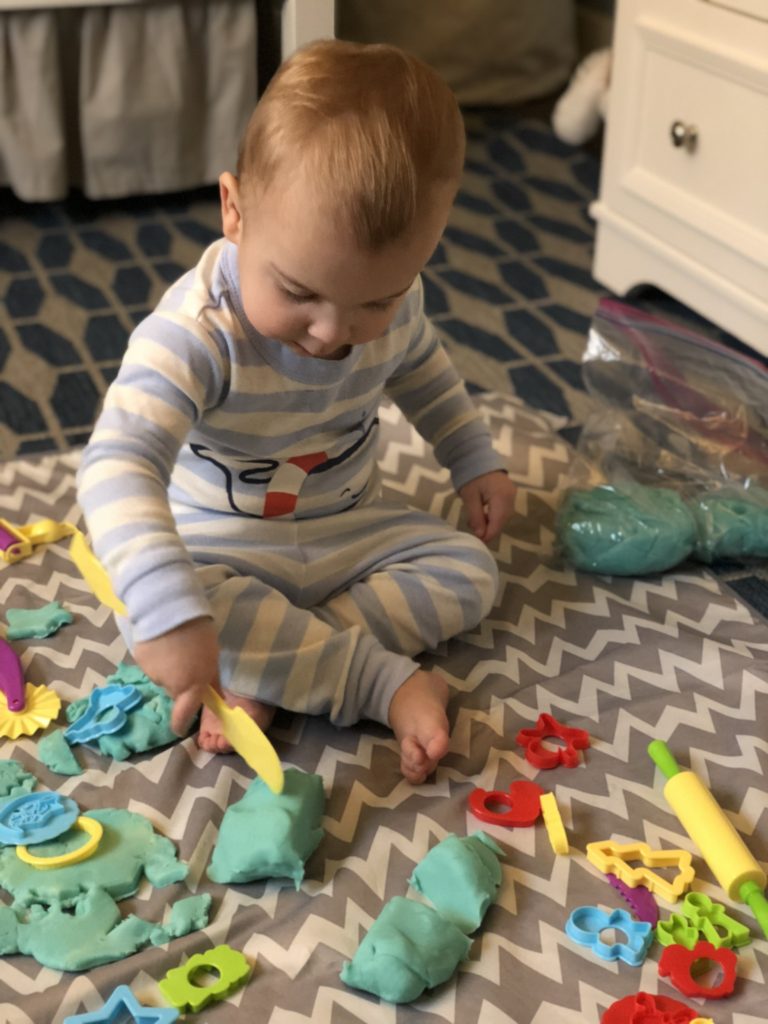 His communication skills are becoming more and more fun and helpful. He can point out an “ouchie” now, which of course is very helpful. He has begun to ask for more of something specific. He’s answering more questions and following more instructions. Very occasionally without prompting, he will say please or thank you. He has started to say “it’s okay!” to himself if he is scared of something. This is precious – seeing him connect emotions and how to deal with them all on his own is remarkable. 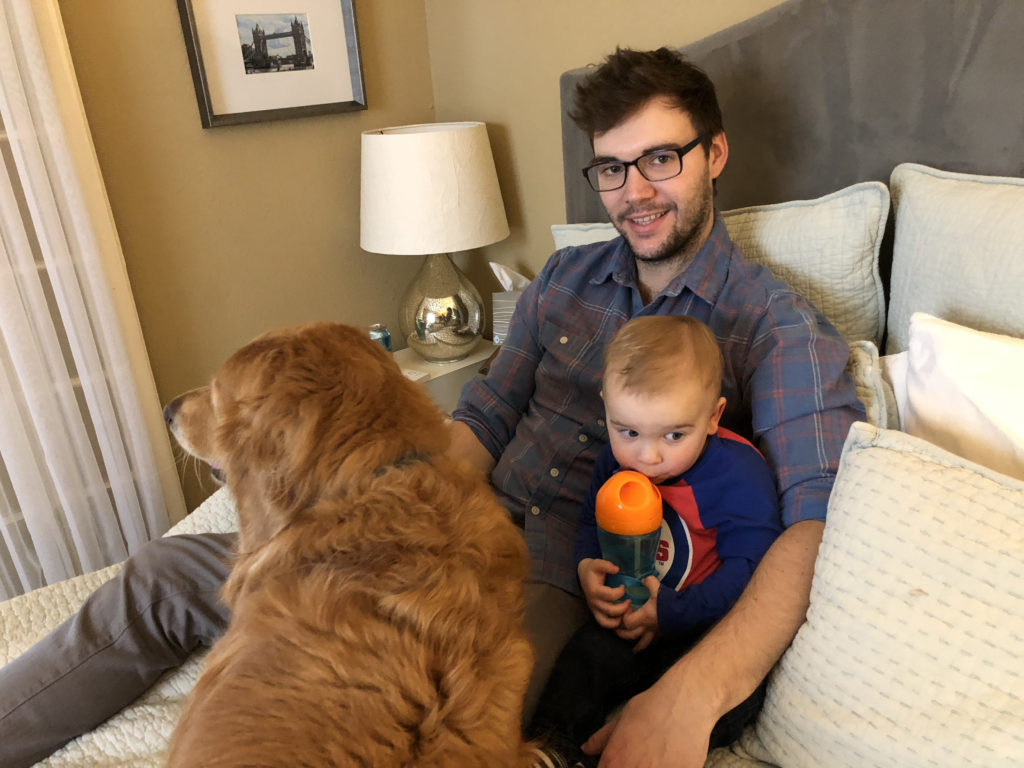 Some of his new {and adorable} phrases include: 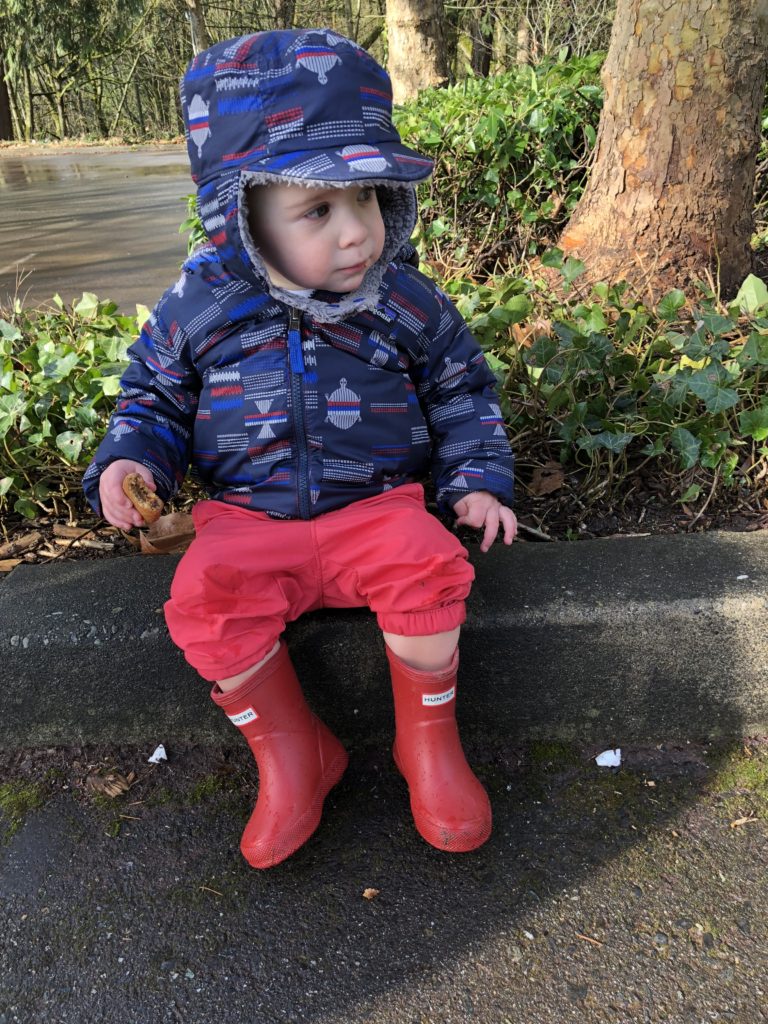 Ben is definitely getting more and more into the toddler phase of testing boundaries as of the last couple weeks. It’s pretty amusing to see that as a parent. We approach it with a sense of humor and a whole lot of patience, as well as acknowledging that he’s trying to figure things out. It’s just really funny, though, watching him test, test, test the boundaries and hearing me tell him not to do something several times and watching the look in his eyes when he decides to do it again and again to figure out what he can get away with. We’re learning more and more about the toddler years and how quickly things change. 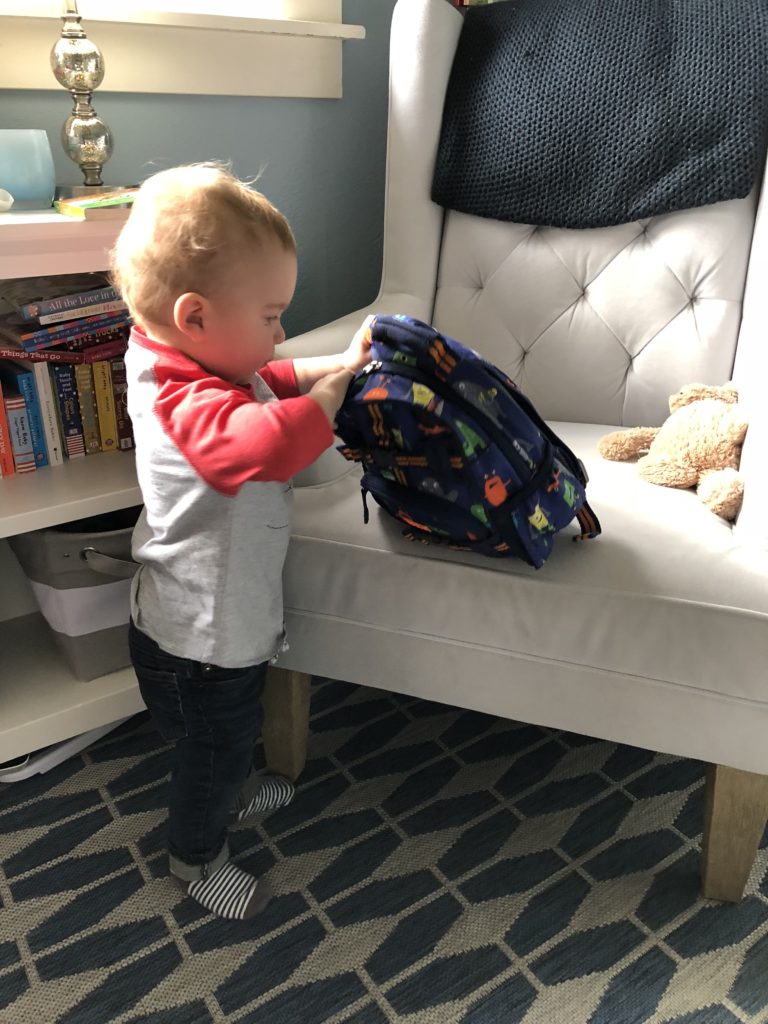 Some of my favorite moments of the last month have been snuggling with my sweet boy, hearing him say “love you” and “good night” and “morning” and getting more kisses. This little boy just melts my heart and his dada’s too.