We met Alex’s family down in Arizona for a long weekend getaway last weekend. Alex’s parents, his sister, our brother in-law and their new baby, Nico, joined us in the Phoenix/Scottsdale area for some family time in the sun {and, as it turned out, the rain!}. 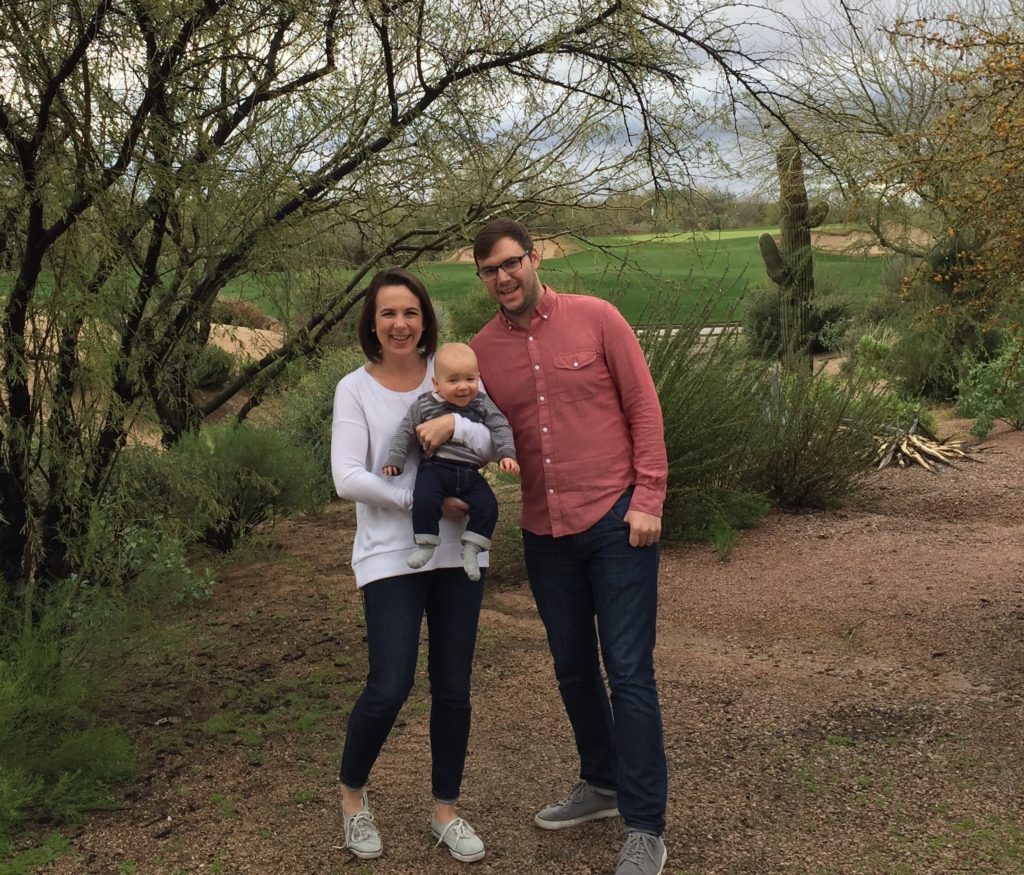 It’s so much more complicated flying with an infant. We had so. much. stuff. There was Ben’s suitcase, Alex and I consolidated into one larger suitcase, the diaper bag, the backpack with my breast pump and equipment, the car seat, the stroller and little Ben! Logistically it takes longer to get through the airport, too, because I needed to pump while we were there, so that takes a solid 35 minutes. We didn’t time it perfectly, but it worked out okay. 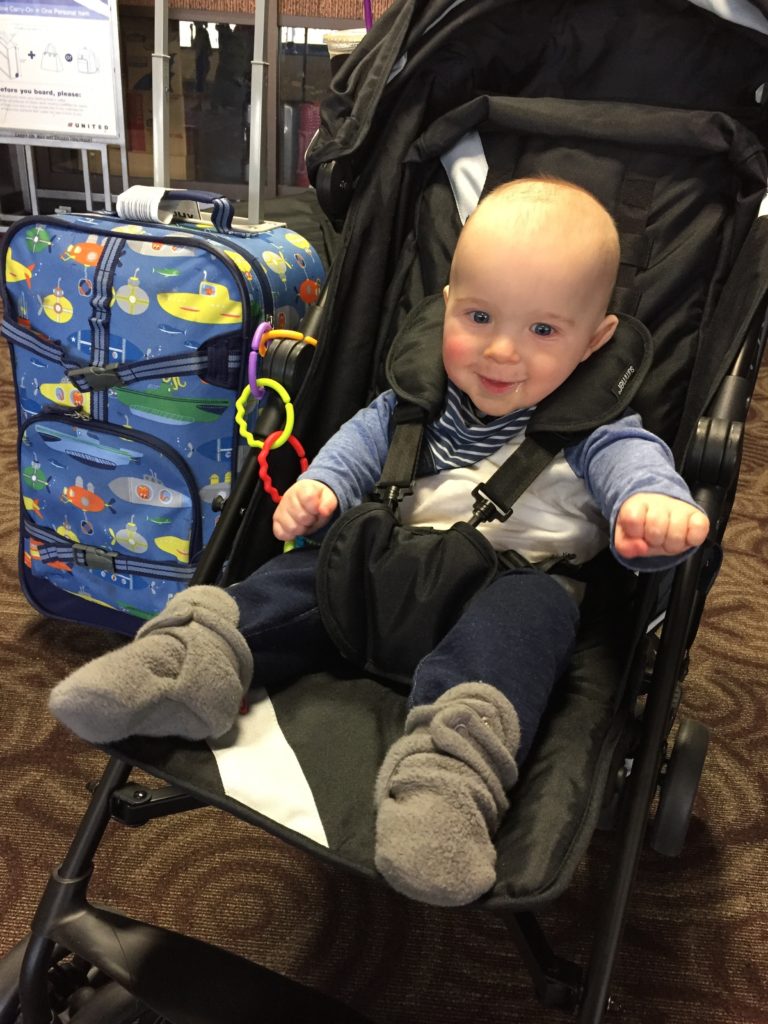 Our flight itself was rather uneventful. Ben fell asleep right around the time we began taxiing… and then woke up promptly when the beverage carts came out about 30 minutes later. The rest of the flight he was awake. We sat next to an extremely nice woman who was very sweet with Ben. He’s a super wiggle worm so he kept us on our toes the whole flight keeping him entertained in our arms. Overall he did really well and kept the folks sitting near us engaged with his giggles, constantly moving legs and flirty eyes. 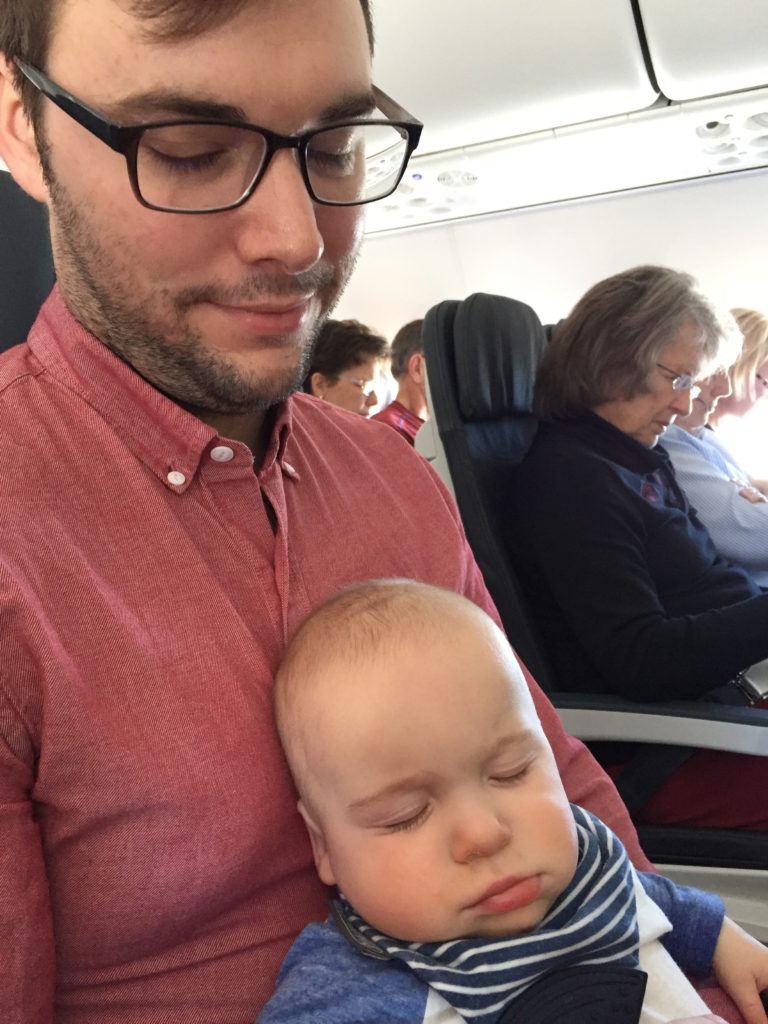 We were so excited to get to meet our nephew Nico! He was born on Christmas Eve and turned two months old on our trip. He’s such a cutie and was so laid back. He is very observant and when he was awake he’d be bright eyed and hanging out. 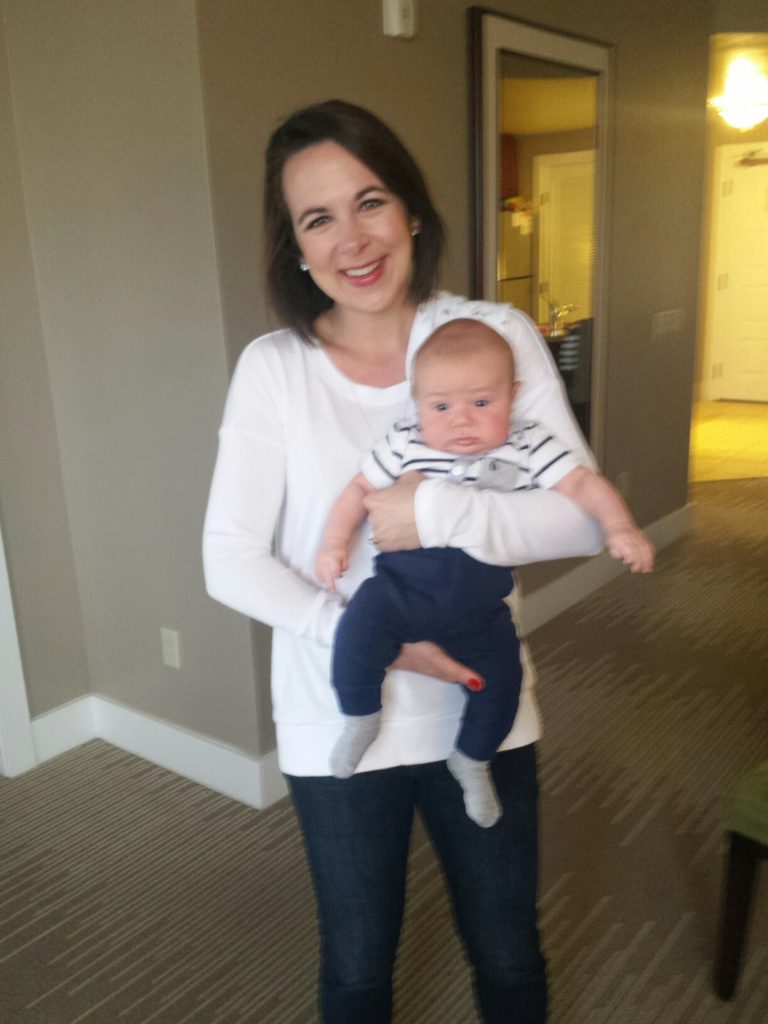 The weather the first couple days was really nice. It was quite cool for Arizona {low 60s} and sunny. Thankfully the sun was extra warm and we managed a day at the pool. 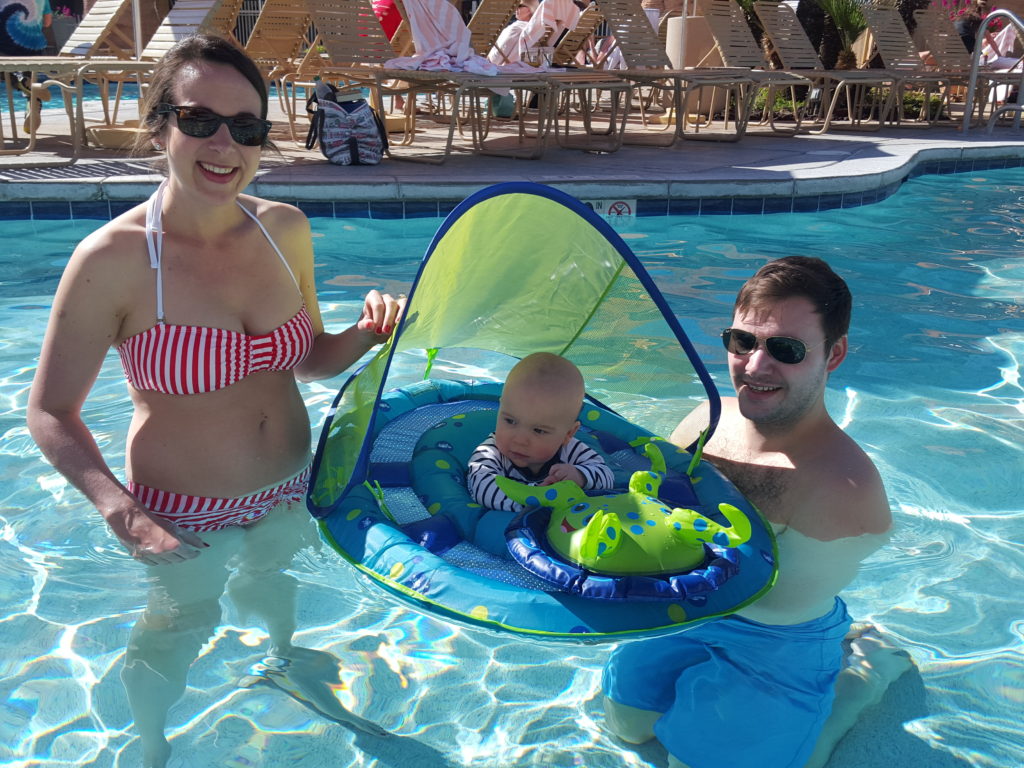 I was really looking forward to floating around with Ben in his little floatie. He loved it! Ben is such a little fish and loves splashing around in the pool. Thank heavens the pool was heated! 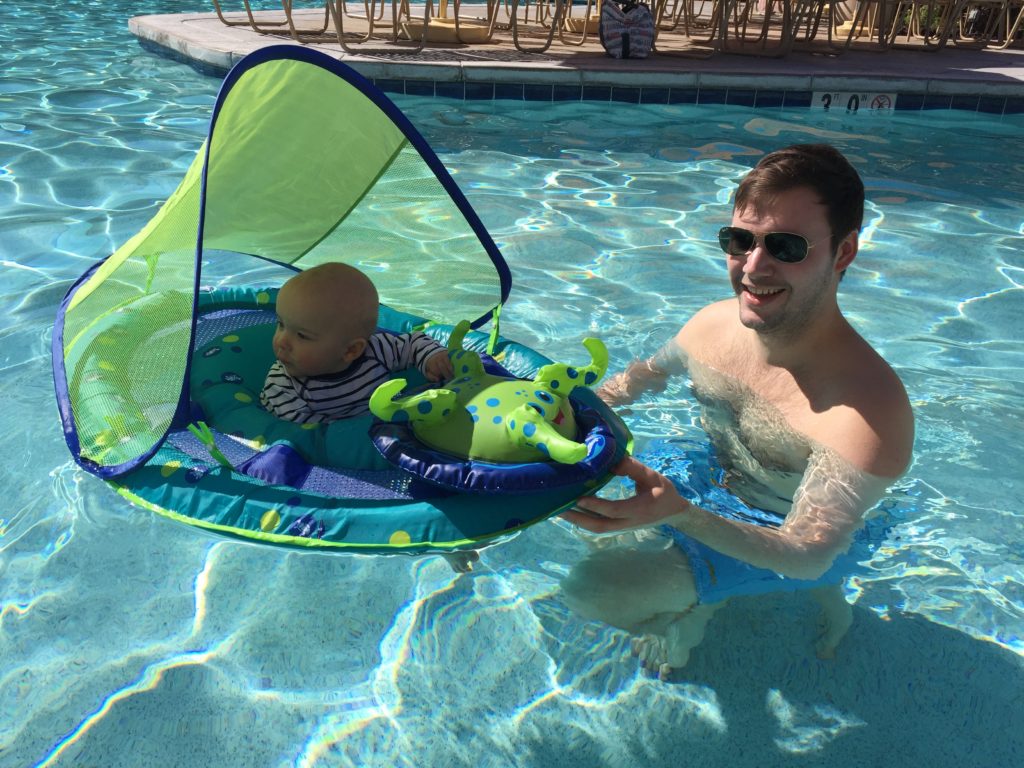 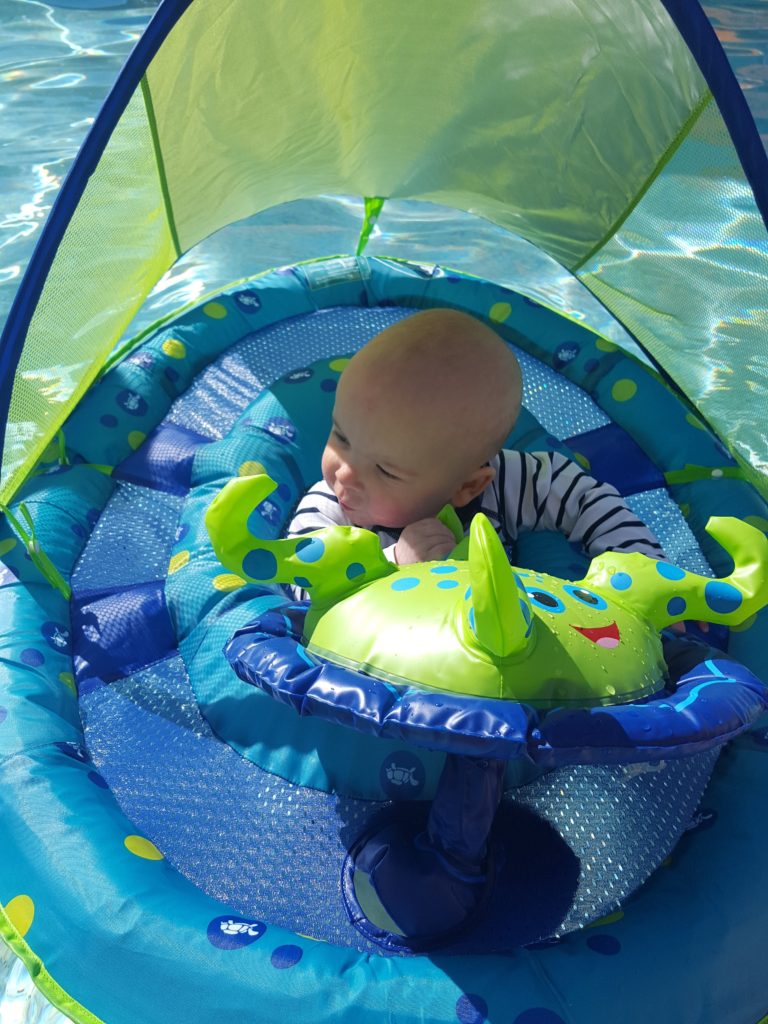 Our pool day was Nico’s first time swimming. Seems like he had a good time too. 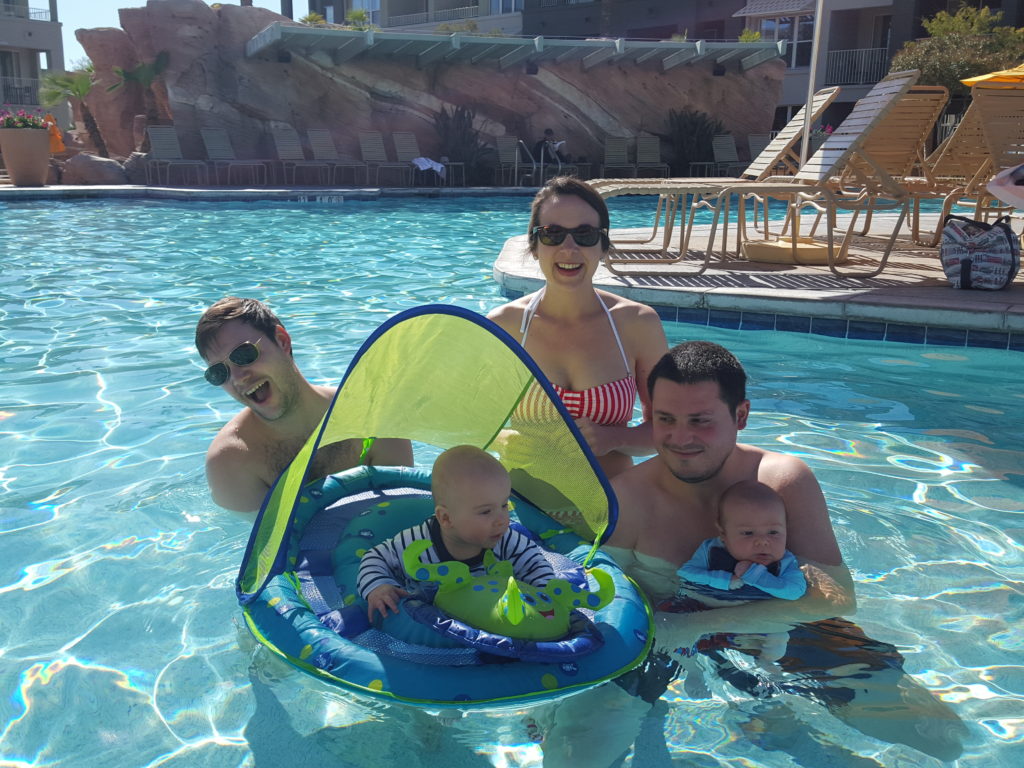 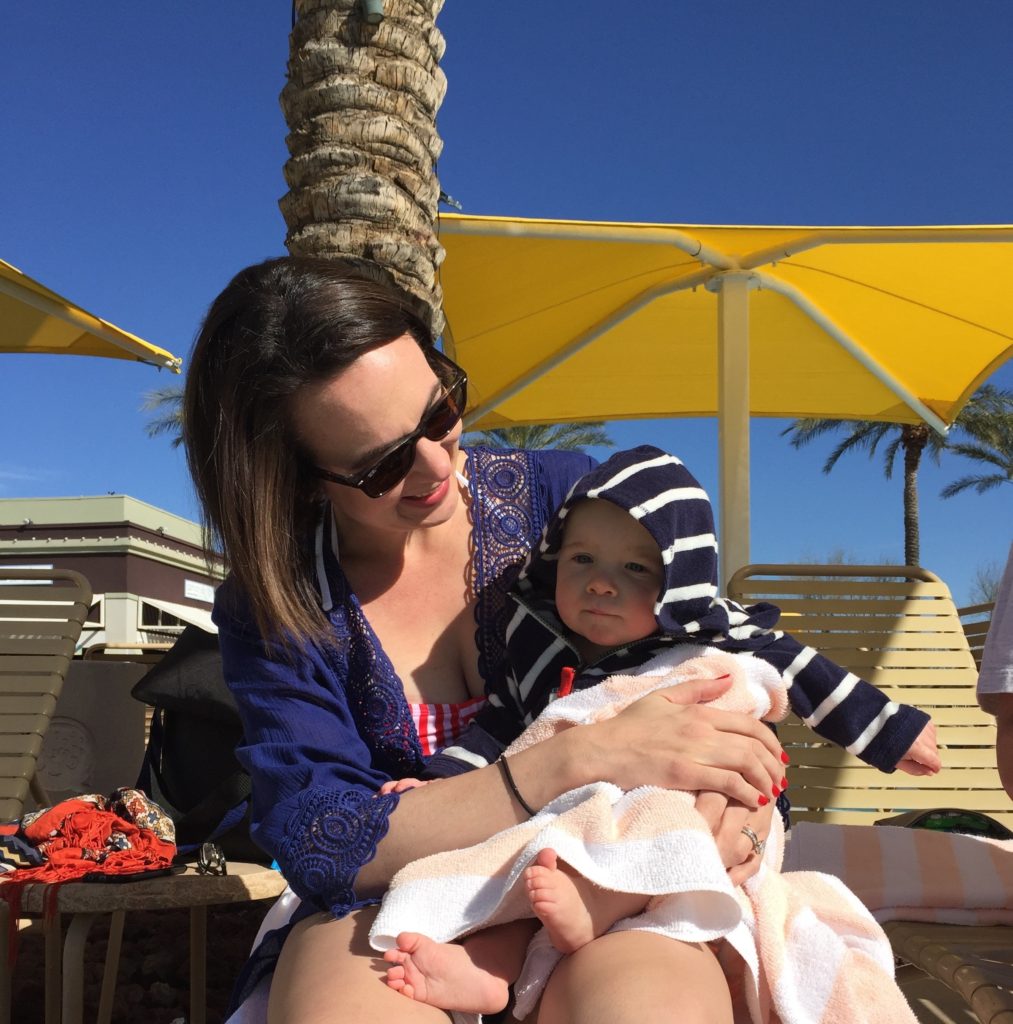 We managed to have some hangout time by the pool as well. 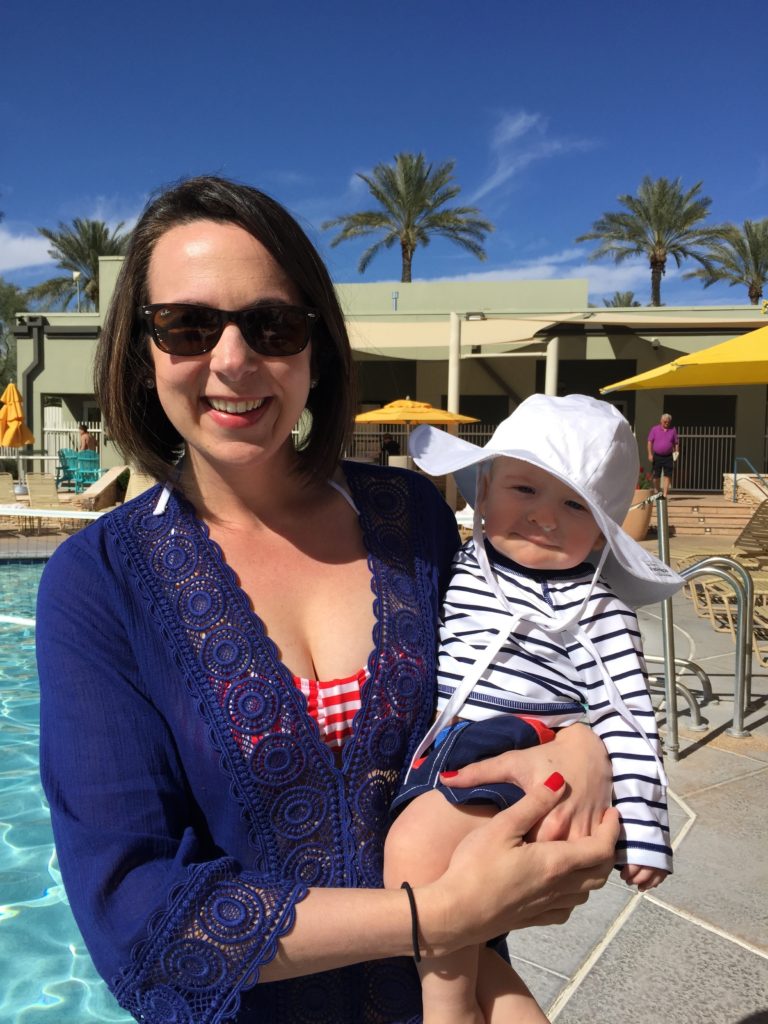 It was really fun hanging out in a low-key environment with Alex’s family and watching Ben and Nico together. They’re so sweet. We can’t wait for them to grow up together. They are only 7 months apart in age so I hope they’ll be buddies. 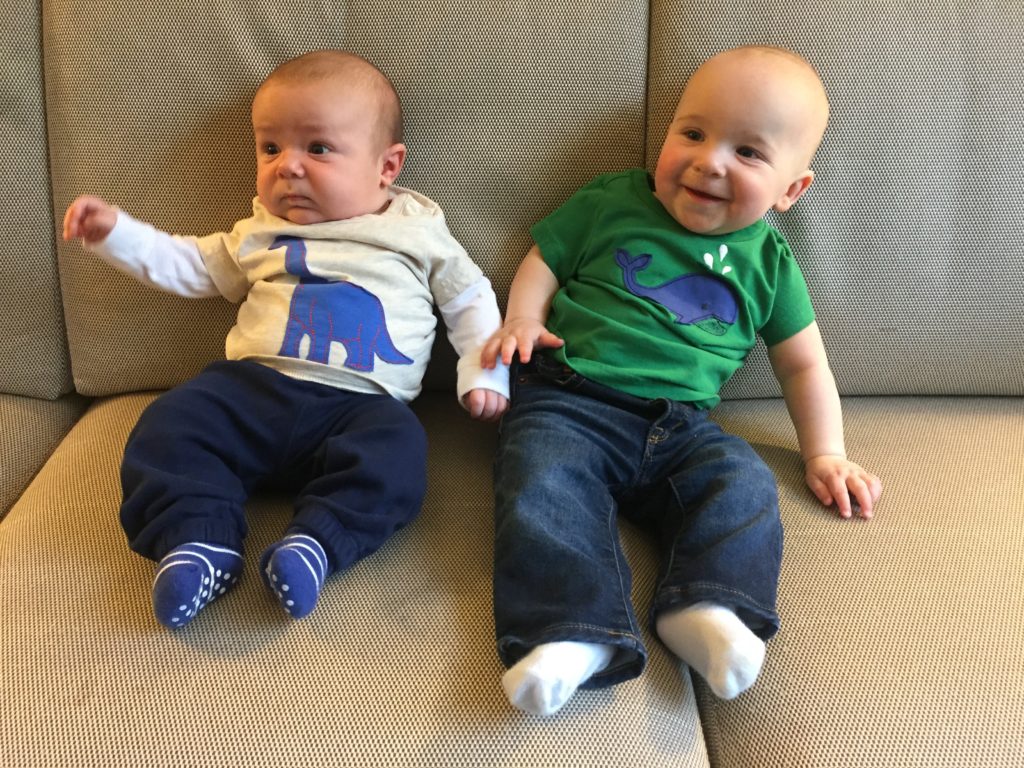 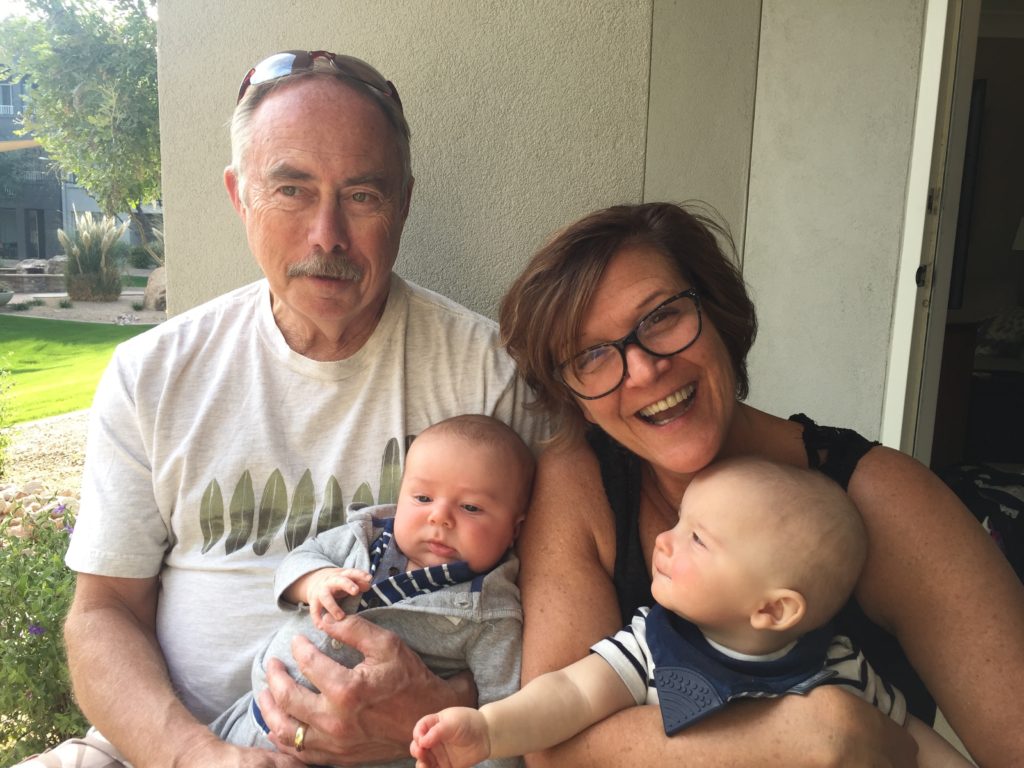 Other than our pool time we didn’t have too many structured activities. We went out to eat a few times but Ben is at an age right now where it’s really not that much fun to take him to a restaurant unless he’s in the right mood. He’s not one that sits still for more than about 3 minutes and it’s not very enjoyable for someone to be constantly entertaining him rather than participating in a conversation. We prefer right now to dine at home! 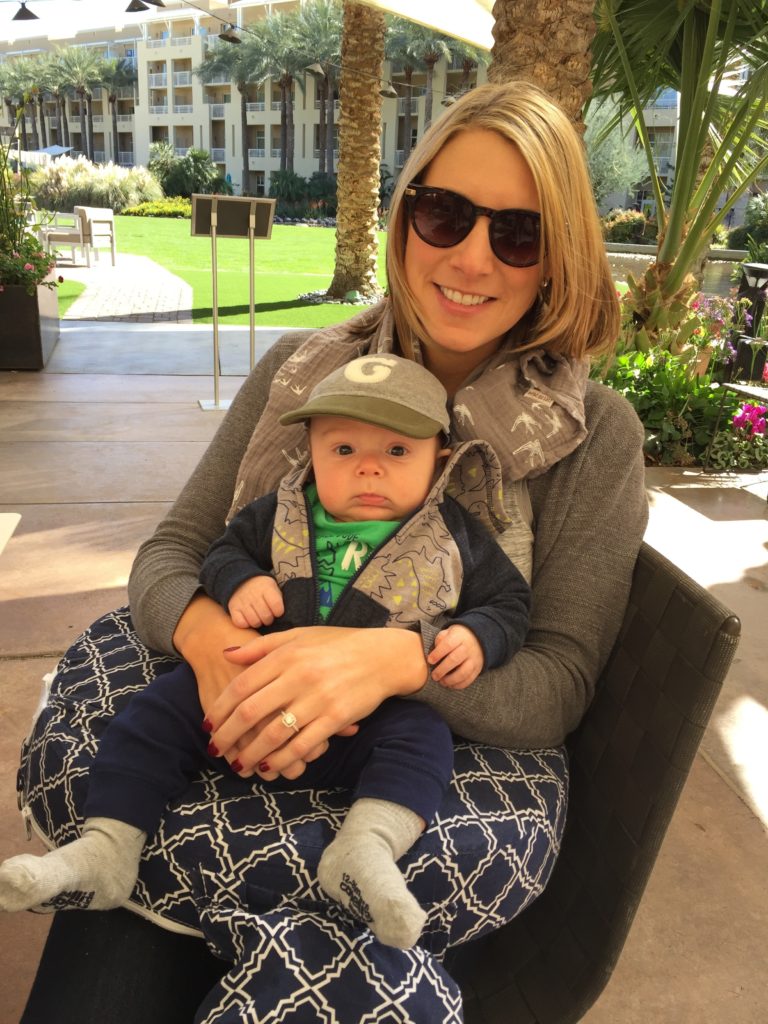 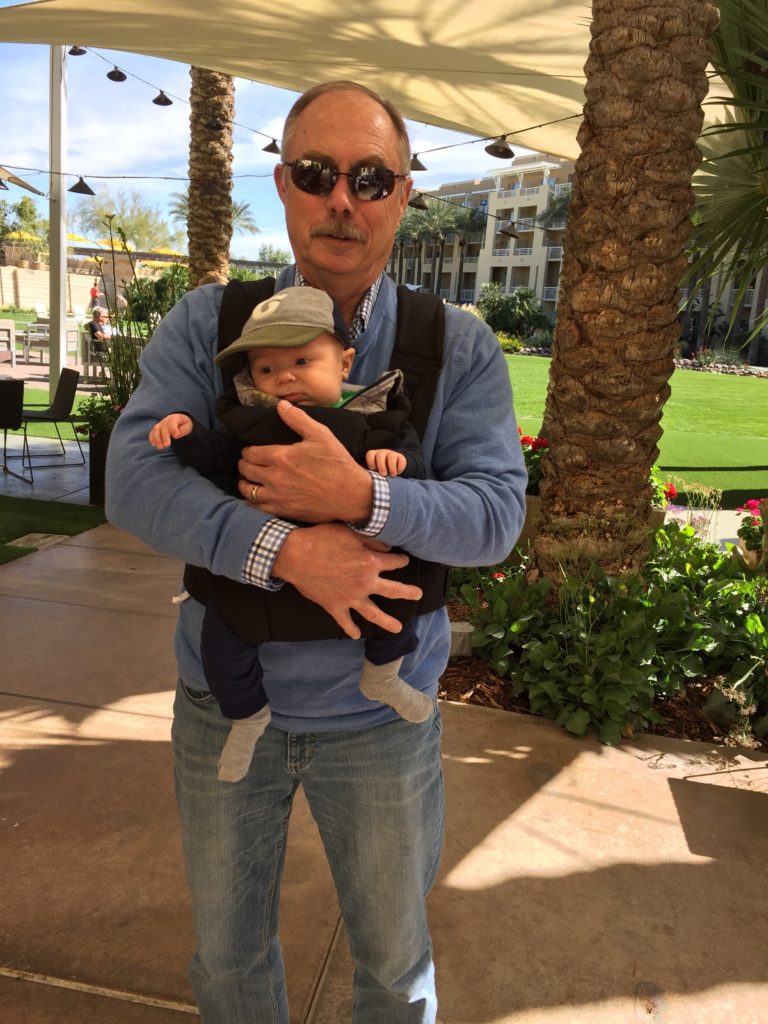 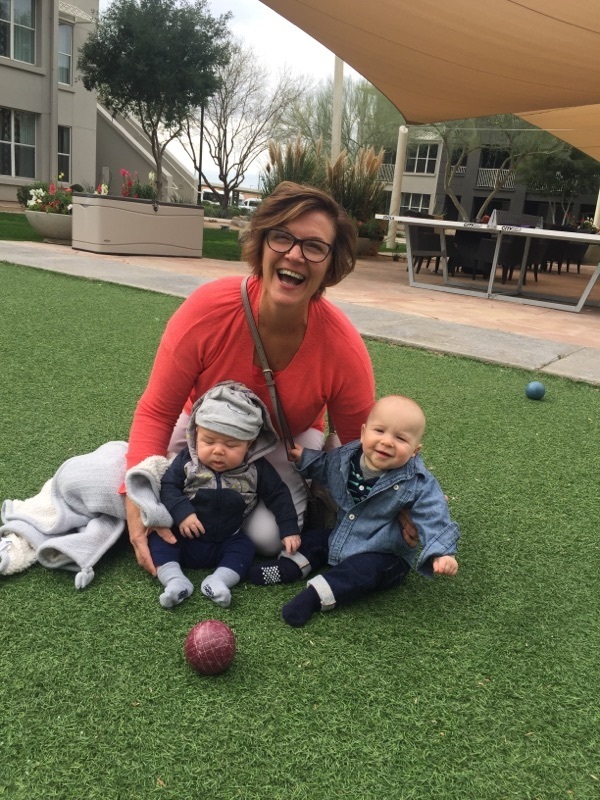 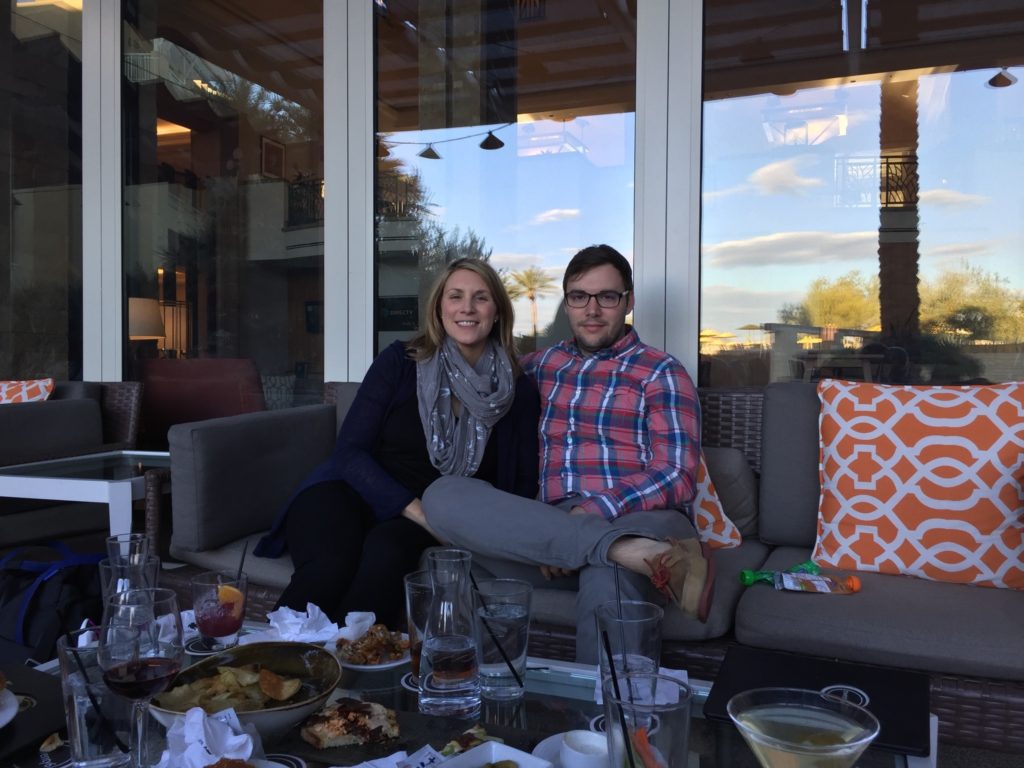 One of the most fun parts of the trip for Alex and me was that Ben started crawling while we were in Arizona! It was hysterical – I set a plate of guacamole and mango salsa down on the ground for myself to eat while I was playing on the floor with Ben. He saw it and off he went to try to get some of my snack. Turns out he’s really into food!

Our hotel was great – we had stayed there before in a previous trip to Arizona. It was really nice to have our own space to spread out. Our room had a full kitchen, living area and then a separate bedroom and bathroom. We were on ground level which was also really nice for coming and going. We had a little patio that overlooked a shuffleboard, bocce ball and bags court, as well as a lounging area. 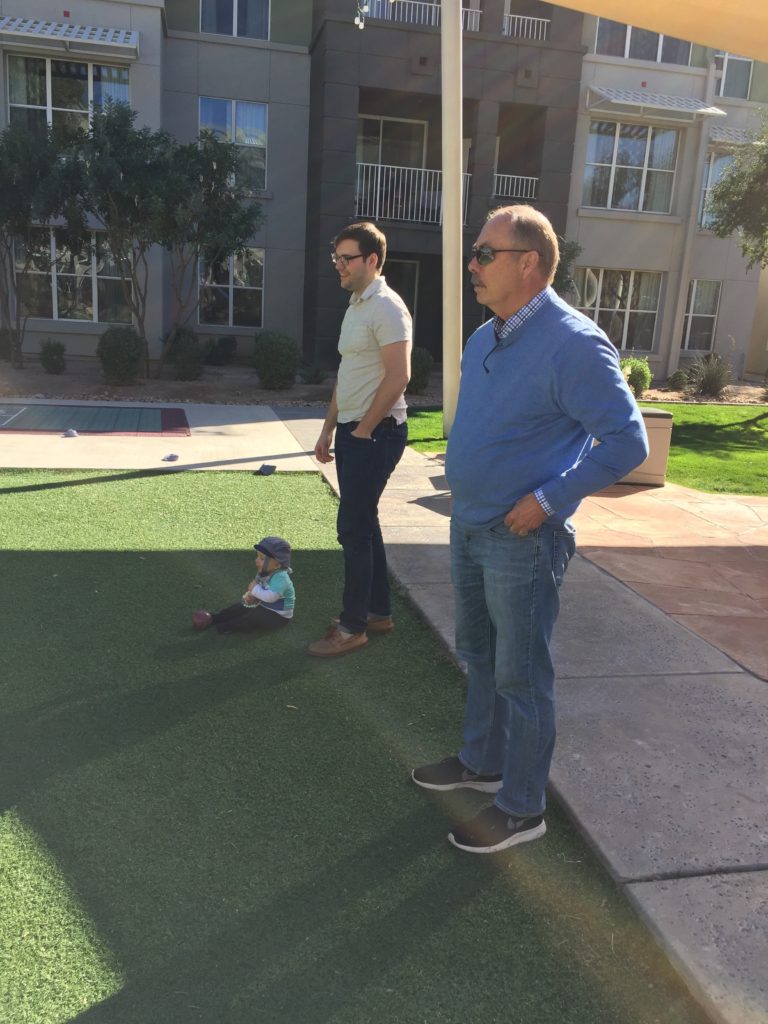 Not surprisingly, taking a vacation with an infant is far less relaxing than vacationing without one, and it’s extra hard traveling with other people and balancing the schedules and needs of several adults and two babies. Ben is pretty laid back and can really go with the flow, but he’s still a baby and he still has limits. Nevertheless, we really enjoyed ourselves and enjoyed the time with Alex’s family. 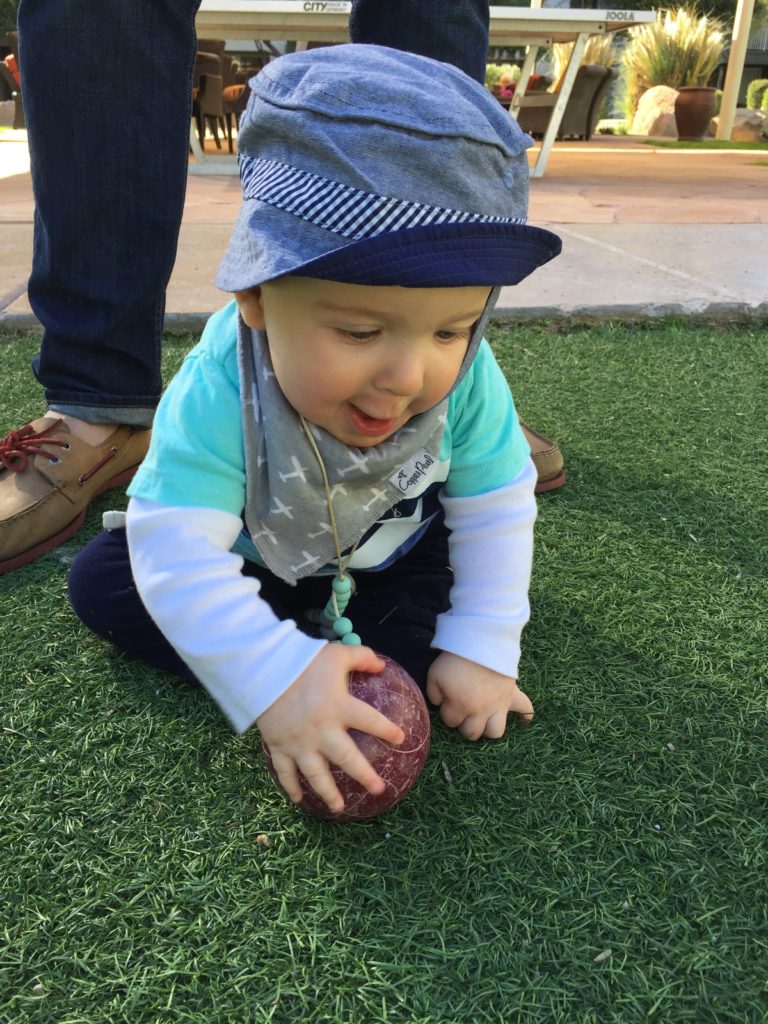 Even though the weather wasn’t as stellar as we had hoped, it worked out really well with the babies. We’re not at a point right now with Ben where lounging by the pool would be a feasible activity for too long. Plus, he’s not used to the heat and being a Seattle baby, I’m guessing he’s not going to love it. 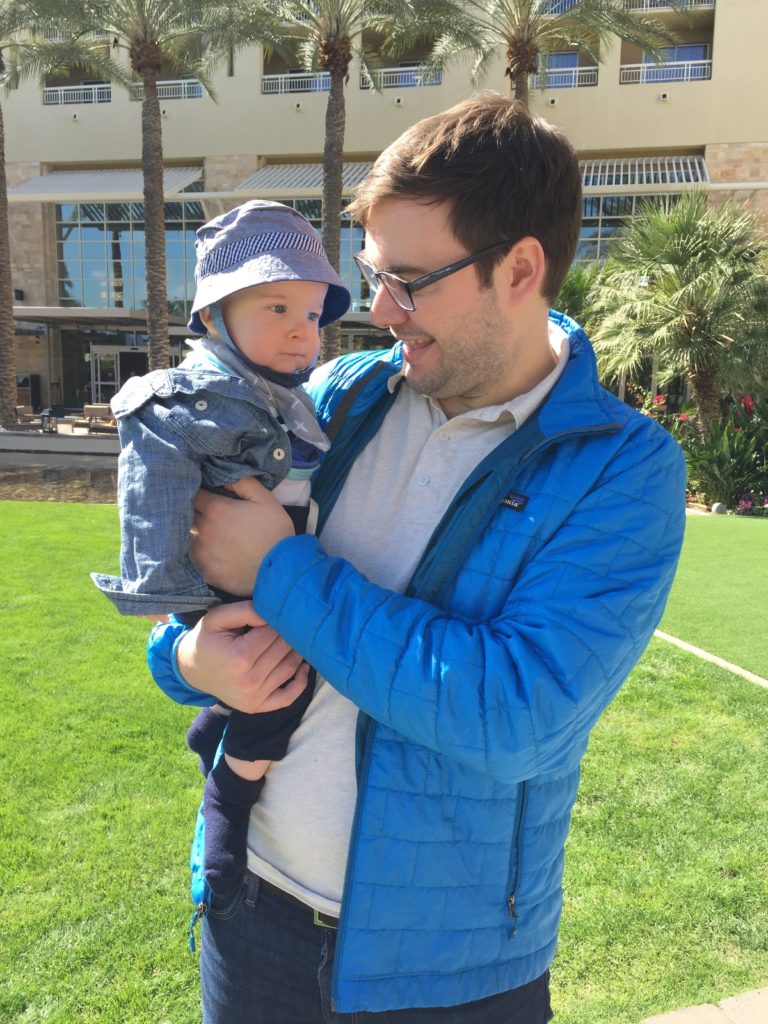 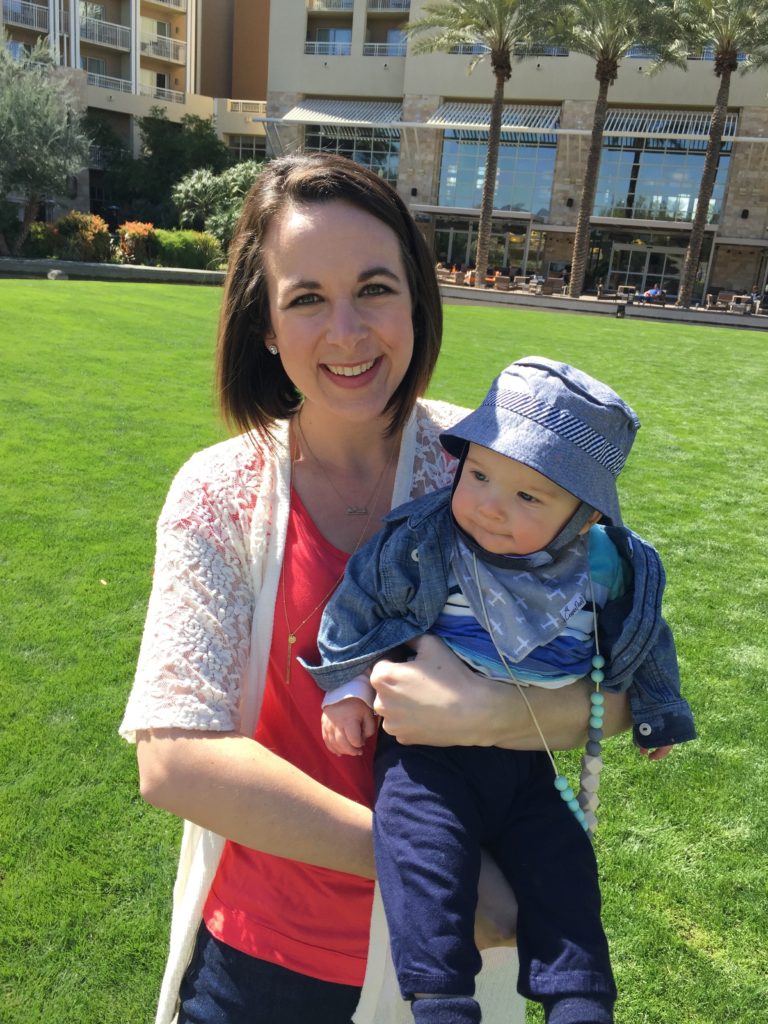 We had a really nice time in Arizona and were happy to catch up with Alex’s family.