Our little Benjamin is four days old now! Ben is doing fantastically well and we couldn’t have been happier to hear from the doctor that he is “boring” – that is basically the best news ever. 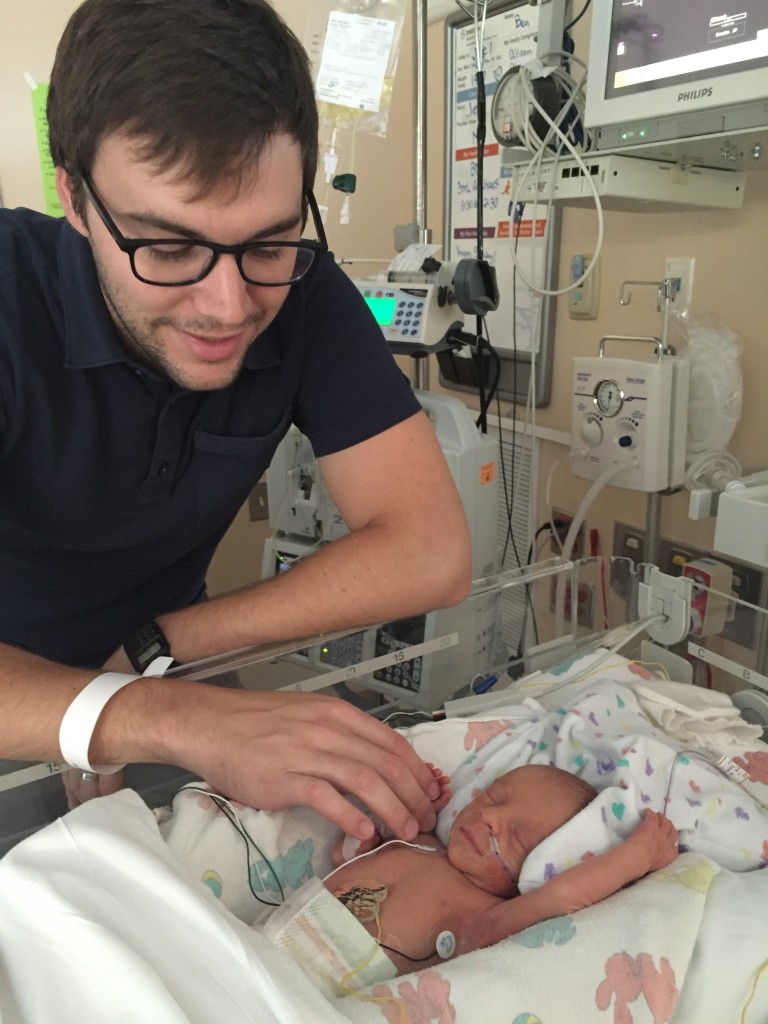 Ben is in the NICU {Neonatal Intensive Care Unit – pronounced “nick-you”} and will be there for several weeks, potentially until his due date {mid-July}. He is receiving round-the-clock care and supervision to make sure that his heart rate and breathing is normal, that his body temperature is being regulated and that he’s getting enough nutrients to grow and be able to come home.

In order for Ben to be able to come home he needs to:

Right now Ben has a feeding tube through his nose where he is receiving breast milk, as well as a picc line, which is basically like a very deep IV that is providing him with supplemental nutrients. He’s on a nine-day feeding plan with breast milk, electrolytes and fat and after the nine days are up, the occupational therapist will teach him how to eat {basically how to suck and swallow}. 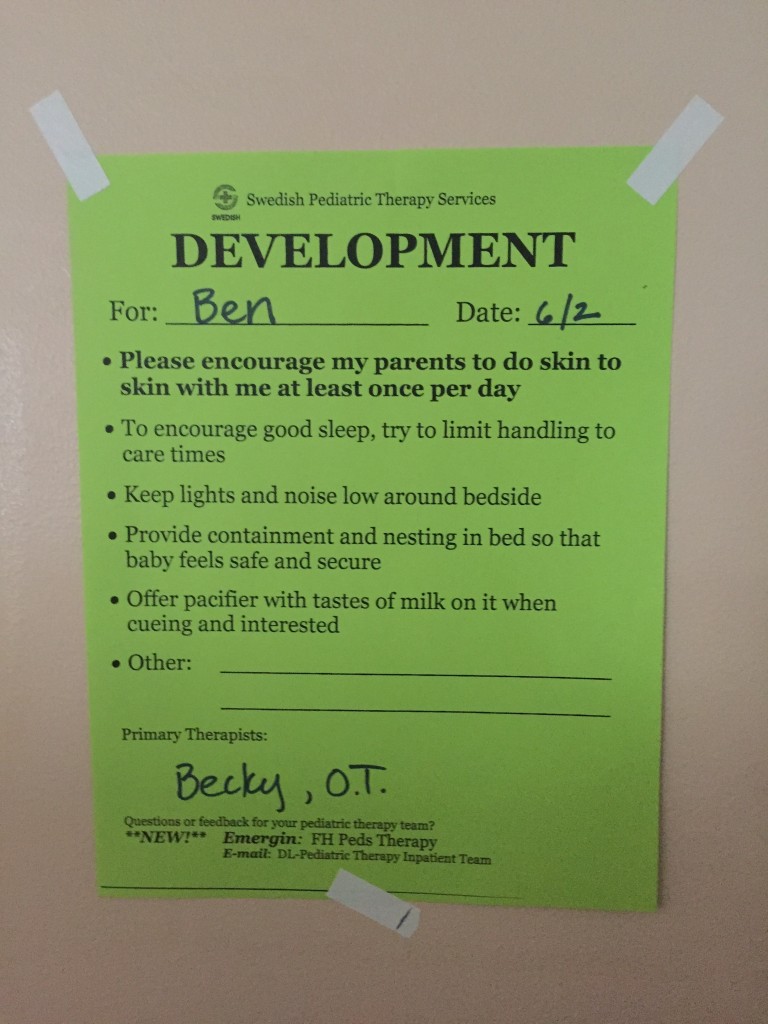 Every four hours Ben has what’s called a “care time” and that’s where his nurse performs an assessment and takes care of him. We are able to participate in his “cares” by taking his temperature, changing his diaper and feeding him {through his feeding tube}. It’s a really nice way to interact with him and feel involved in his care.

During care time is when Ben is awake. All other times of the day the doctors want him to focus on sleeping and saving his calories. We limit our interactions with him to his care times to follow this protocol and allow Ben to save up his energy. Right now we’re playing around with a two-visit per day schedule that aligns with two of his care times – 8:30 a.m. and 8:30 p.m. Immediately after his care time is a perfect opportunity for us to do “skin-to-skin” or “Kangaroo Care” {This is where Ben is placed on either one of our bare chests and we have “skin-to-skin” bonding time – this helps him regulate his body temperature and when it’s my chest it helps my milk come in, plus it’s an incredible time to connect with him.}. The doctors want us to do at least one skin-to-skin per day for the duration of one of Ben’s sleep cycles, which is a couple hours. 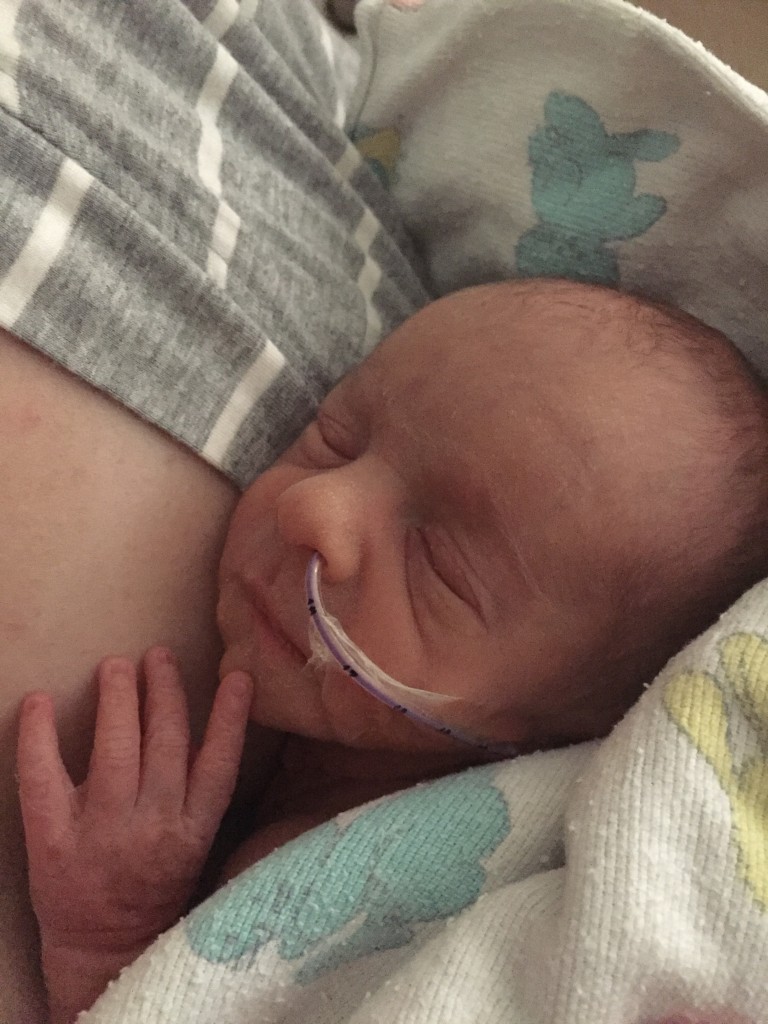 Initially both Alex and I were skeptical of sitting there with Ben for a couple hours – we thought we’d get bored so quickly, but the time actually passes extremely fast and it’s an amazing opportunity to bond with our little guy. It turns out we could just sit there and stare at him all day and not get bored!

We are adjusting to our newest normal and will keep the updates coming as they happen, though at this point we really hope we don’t have too many actual updates and more little pictures and documentations of the progress Ben is making in the NICU. We’re hoping for a “no news is good news” scenario for a while!