We hit our first milestone: 32 weeks!

I don’t have a huge update today – mostly little things. We’ve had almost 48 hours of really solid monitoring – all day yesterday the baby looked fantastic on the monitors. He had really nice accelerations and a very good baseline heart rate. 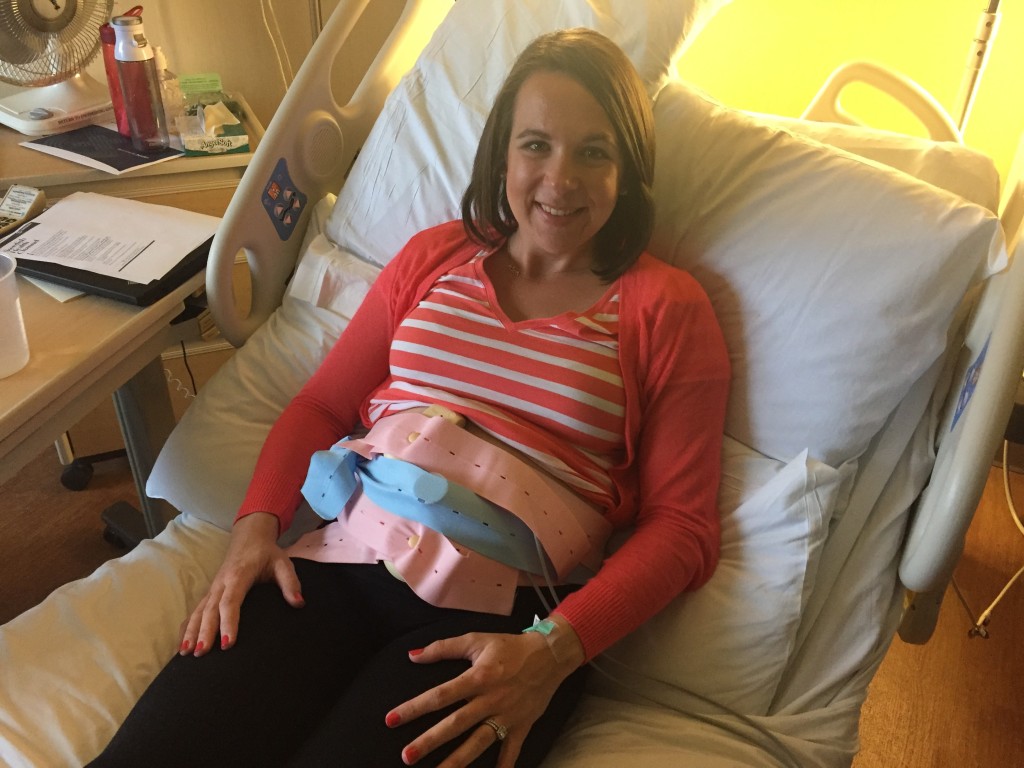 Today I had an ultrasound, which was the standard biophysical profile {BPP} scan that I’ve been having twice a week. I’m not sure what his score was on the BPP, I assume 8 out of 8, but they never told us today. The good news that we got was that there was not an absence of cord flow today and the level of resistance in the cord flow was down from where it was on Friday. These are both good things, but they really don’t mean that much. The resistance level in the cord flow is still elevated, just not as much as it was last time they did the ultrasound, and we know that there is an intermittent absence of cord flow, but it wasn’t absent at the time of the ultrasound today.

The doctor explained to us that there are definitely nutrients getting to the baby, but there’s simply an intermittent absence of them getting transferred. She is expecting to see some growth on Wednesday, but not a full two-weeks worth. This ultrasound will also check the cord flow. 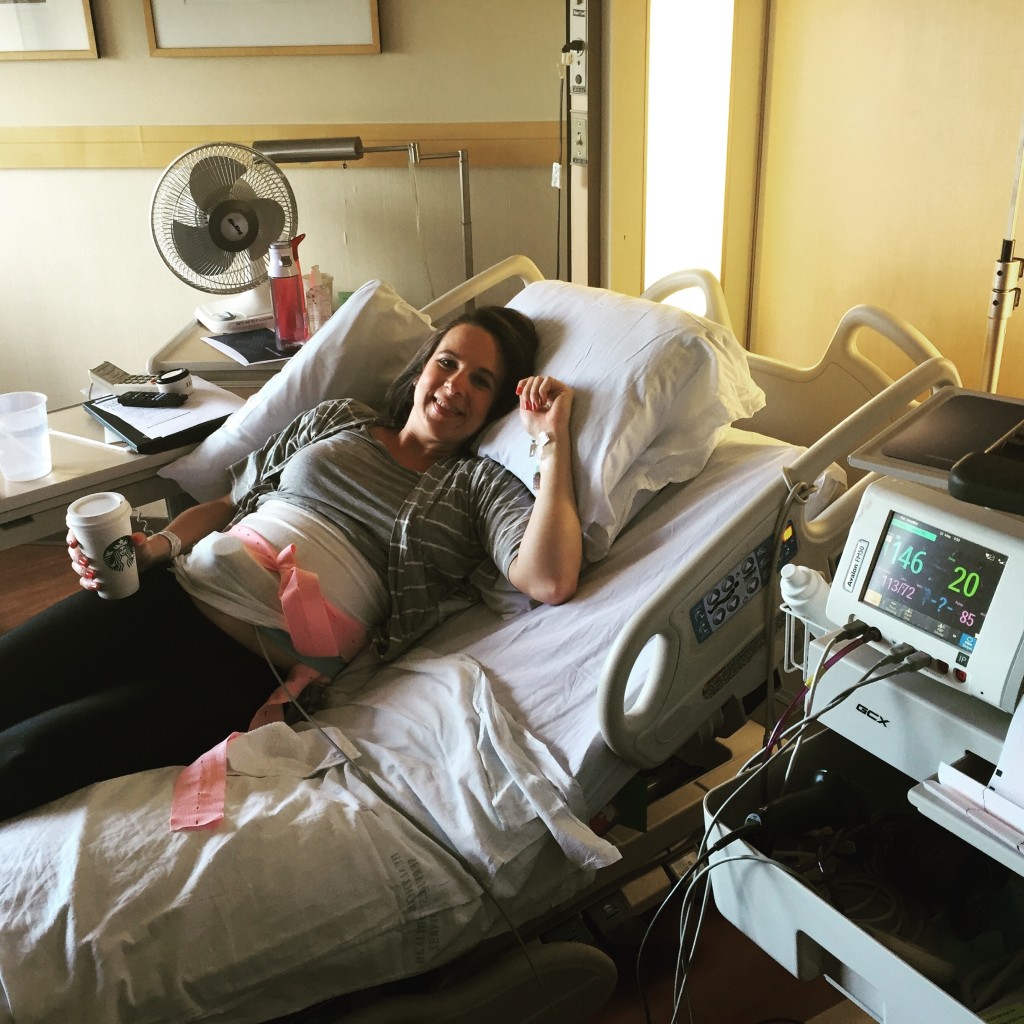 It’s quite possible that the ultrasound on Wednesday will send me to the delivery room. Another possibility is that they’ll be happy with a little growth and then have me get the second round of steroid shots {for baby’s lung development} on Thursday and Friday and hold off and deliver on Saturday or later. Or, if while I’m hooked up to the monitors, baby’s heart rate drops and doesn’t recover he’ll be delivered immediately. I’m hoping for one of the first two scenarios, as they’re less of a crisis!

We’re really doing just fine here and in the situation. Somehow the stress level is fairly low – we’ve both adjusted to this reality and we’re mentally prepared for pretty much anything at this point. My blood pressure is back down to normal, which is great because that helps with the baby’s cord flow.

Alex snuck back home for a few hours to hang out with Henry cat and do a few things around the house and freshen up our clothing supply at the hospital. We’re looking forward to Alex’s dad coming out to help us with the pets and our house this week. We ordered a bunch of Whole Foods prepared meals and had them delivered, so we’re fine on food {and we’ve managed to avoid hospital food!}, too. The time passes really fast during the day – there’s always someone in and out of the room and both of us are trying to catch up on work stuff to be able to leave things nicely for our colleagues. I’ve got a stack of magazines and books on my table that I haven’t even touched yet! So, we’re hanging in there…