Since our return from Jackson Hole at this time last week our schedule has been fairly mellow. It has been a much easier re-entry to reality than after our trip to Mexico last month.

I had a huge fundraising event that I helped put on for my work on Friday evening. The event was really fun, but an enormous amount of work. We hosted a wine, beer and spirits tasting event, along with a silent auction, and had 200 guests come to support the great work that the organization does. It was a very successful event in terms of the attendees enjoying themselves, and of course, raising some money.

We had a really quiet, relaxing weekend at home to get caught up, which was wonderful because I was absolutely exhausted after Friday’s event. Alex went for a long bike ride on Sunday with some friends, which kicked off his bike training to prepare for his July bike ride to Vancouver. Since we have a pretty low-key spring we made a gigantic spring cleaning list and have come up with some projects to tackle in the next few weeks. We got a slow start to the list, as we’re in no hurry to get all of the tasks accomplished. Probably two months ago we were debating hiring a landscaping company to come overhaul our backyard. Since then, we have come to realize that Jackson is the cause of 80% of the problem, with the wet climate accounting for the other 20%. We decided that the best option for us is to simply try to grow the grass as thick as we can back there to create a solid yard for Jackson, throw a few new plants in there and call it good. That said, we’ve got our work cut out for us in getting our yard and house in ship-shape for spring and summer!

In other news, we had been monitoring some strange behaviors in Jackson over the last few months, to which we referred to as “episodes.” Jackson had been exhibiting uneasy motions and it almost seemed as though he had lost control in his movement, particularly his left front side, and after observing this a few times we started to notice his face twitching and his eyes dilate. During the “episodes” he was cognitively aware and responsive, but lacked full command over his body. 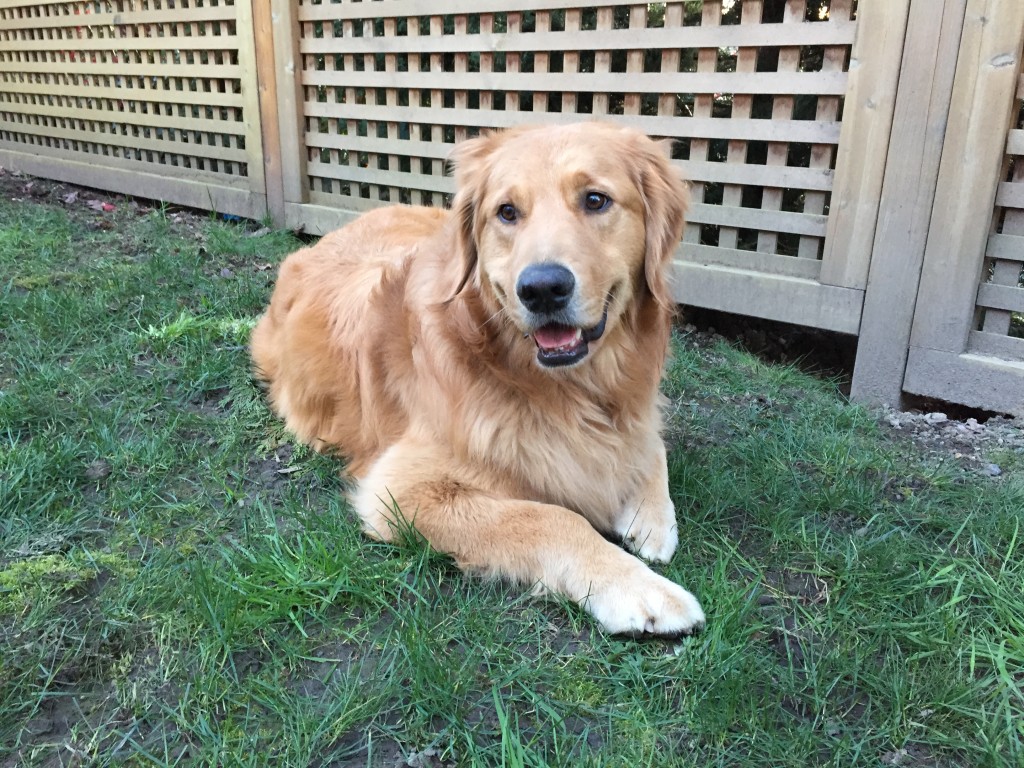 This sounds more dramatic than it is to experience it – it actually was really subtle when we first saw it and because he’s so aware it almost looks like his limb is asleep. Ultimately we became concerned when these “episodes” became more frequent, so we checked in with our vet, who diagnosed Jackson with epilepsy. Again, this sounds really dramatic, and it’s definitely cause for concern, but our vet assured us that epilepsy is extremely common in male golden retrievers and can be effectively managed with anti-seizure medications, which he will have to be on indefinitely.

We’re bummed that Jackson has been going through this and that he’s not perfectly healthy, but having experienced far more difficult health issues, this is a walk in the park. It’s manageable and it’ll just be a blip on the radar screen. Otherwise, Jackson is very healthy, extremely happy, and we’re about to celebrate his second birthday! 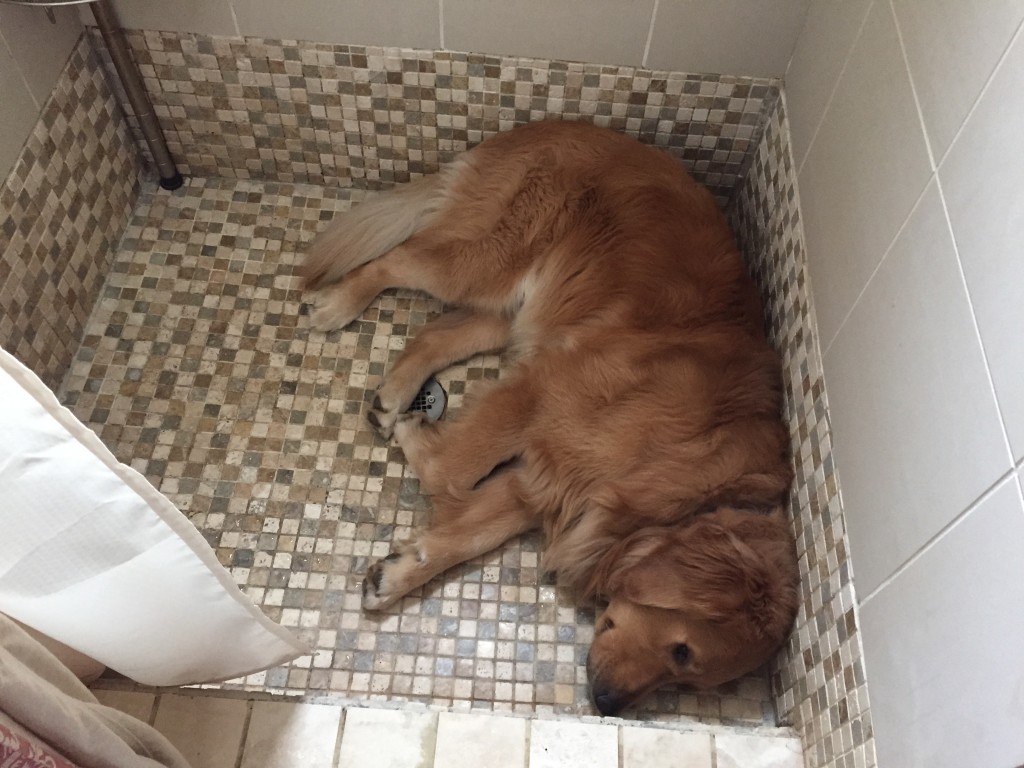 On a more positive subject, Alex and I just hired a Spanish tutor who will come over to our house once a week to hopefully kick our butts and help us become conversationally fluent in Spanish. It has been a goal of ours for a number of years to be able to have a conversation in Spanish and we’re on track to making that happen. We also aspire to participate in an immersion program in a Spanish-speaking country sometime in the hopefully not too distant future to solidify our skills.

I have been going to a Pilates studio in my neighborhood for about 9 months now and since January have been taking mat classes, yoga and reformer classes four days a week. I have been absolutely loving it. Unfortunately the studio just increased the price of the membership that allows you to take unlimited classes by $100 a month (!!) and I am unwilling to pay that much, so I’ll be dropping down, probably to once a week. I think the timing will work out okay, as I have decided to run a half marathon at the end of the summer. Training begins next week! And Jackson is my training partner… not sure if he’s the best choice 🙂

We have some spring cleaning in store for us this weekend, along with a birthday celebration for Jackson on Saturday {I foresee a steak with his name on it!} and then a joint birthday celebration in the form of a boozy  full day for my friend Mary and me on Sunday. I can’t wait! Hopefully the forecast turns around for the weekend and gets back to being sunny now that it is officially spring.