Alex’s parents spent most of the month of August here in Washington with us. They had planned the trip well before I even was pregnant, but it worked out extremely well that the time coincided with Ben being a newborn, as well as my maternity and Alex’s paternity leave. It also helped that the weather was pretty spectacular for their whole time here {that was planned though!}.

Donna and Stan rented a little cottage just two blocks from our house to stay in for their time in Seattle. It allowed them to be a little more independent, but still have the convenience of being really closeby. 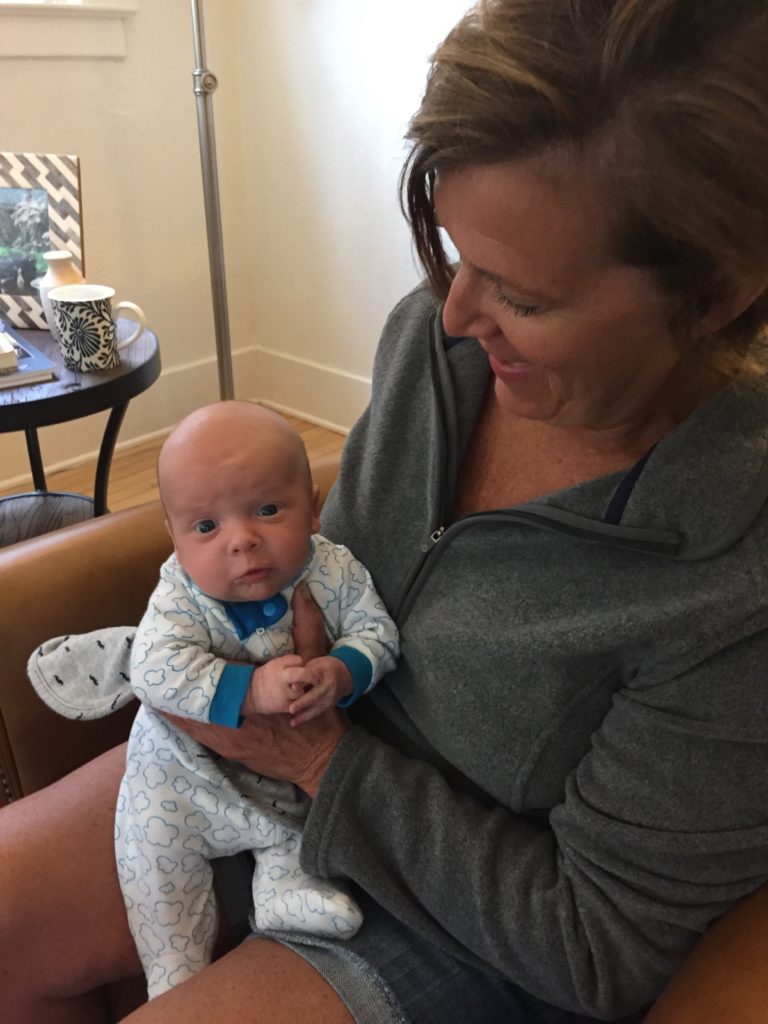 We really enjoyed our time together, but Donna and Stan also seemed to really enjoy spending more time in Seattle. They got out for dinner and drinks and Donna found a great yoga class she could walk to, they went for tons of walks and took their dog, Wrigley, swimming in Lake Washington several times. They sure made the most of their time here! 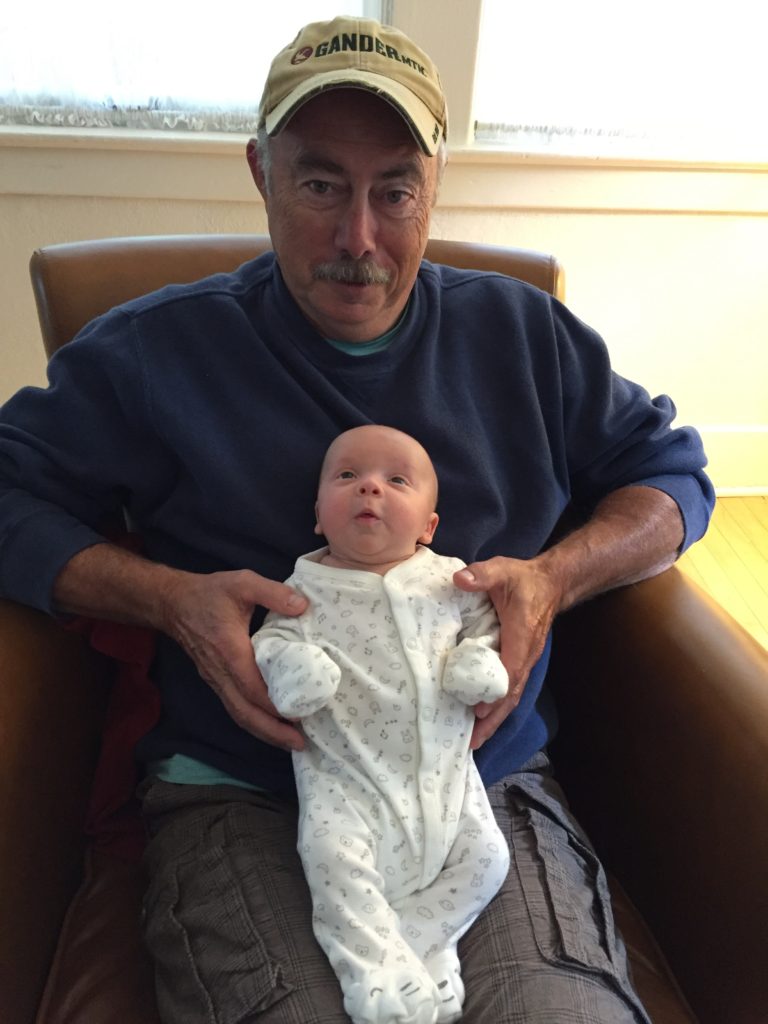 Early in their trip we showed them Alki Beach, which is over in West Seattle. The beach is on the Puget Sound side of the city and overlooks the Olympic mountains. We took a nice walk there one morning. We also enjoyed a lovely morning at Mr. West, a cafe downtown that is owned by the bottlehouse owners. We took several walks together and had lunch down at a new restaurant on Lake Washington one afternoon. 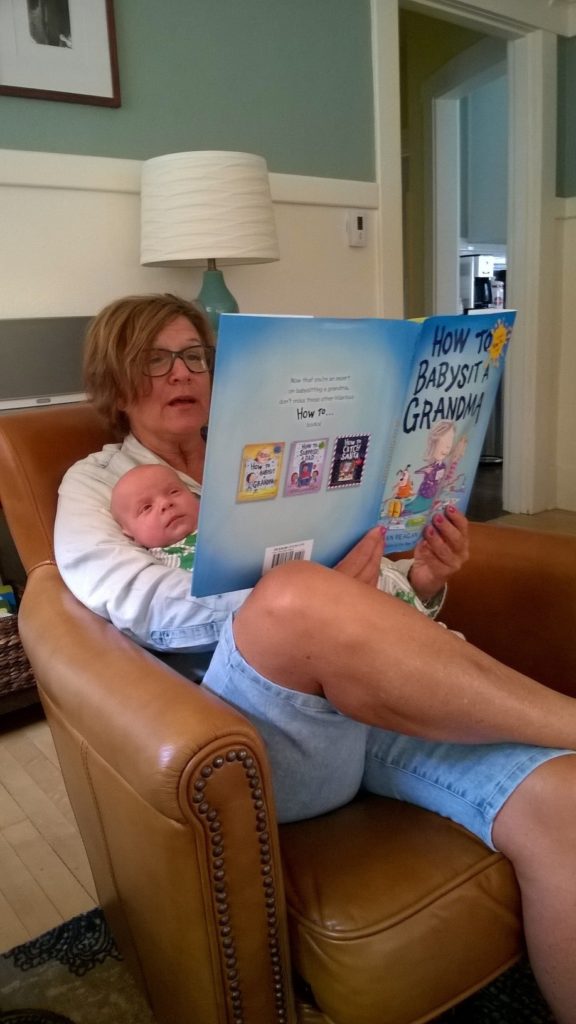 Mid-way through their stay Alina, Alex’s sister, came too! We loved having her here. Alina is expecting a little baby boy around Christmas and Alex and I are ecstatic about his arrival! We are so excited for Ben to have a cousin so close in age. Alina was so good with Ben, too! He loves his Aunt Alina. 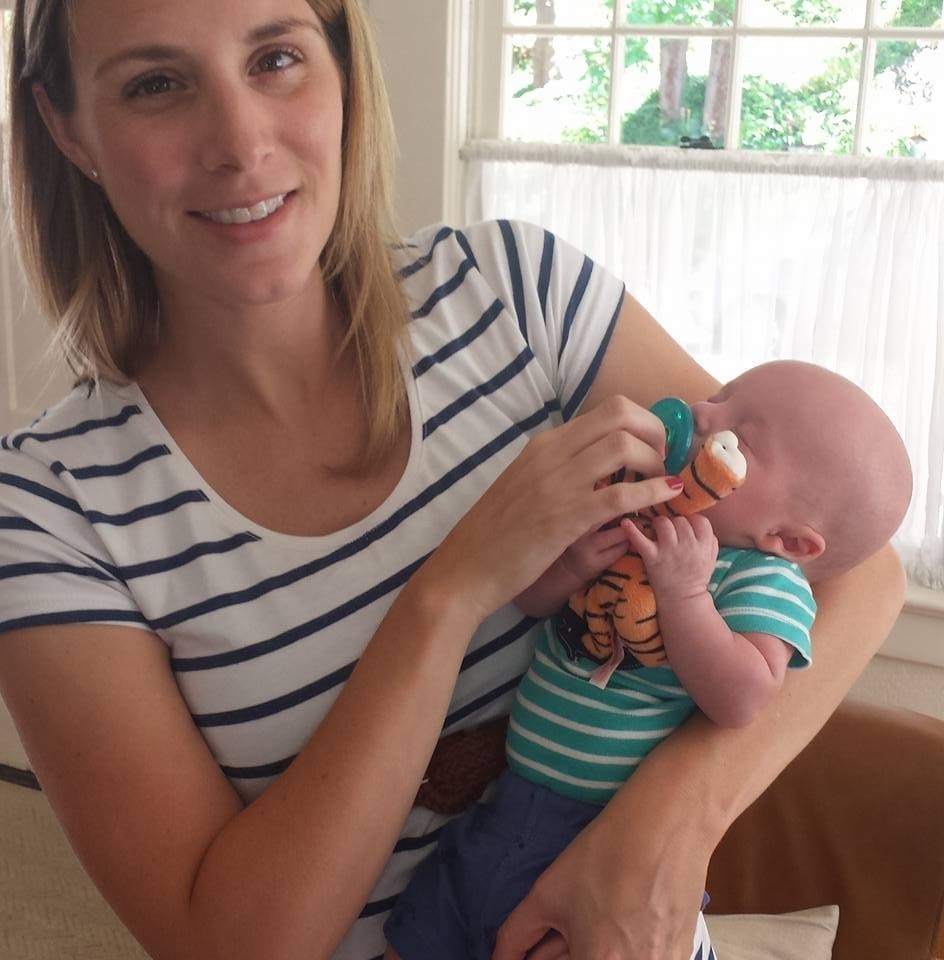 Four years ago Stan and Alex built the fence in our backyard. They did an incredible job together. This summer it needed to be re-stained so that was their big project to accomplish. It looks brand new! 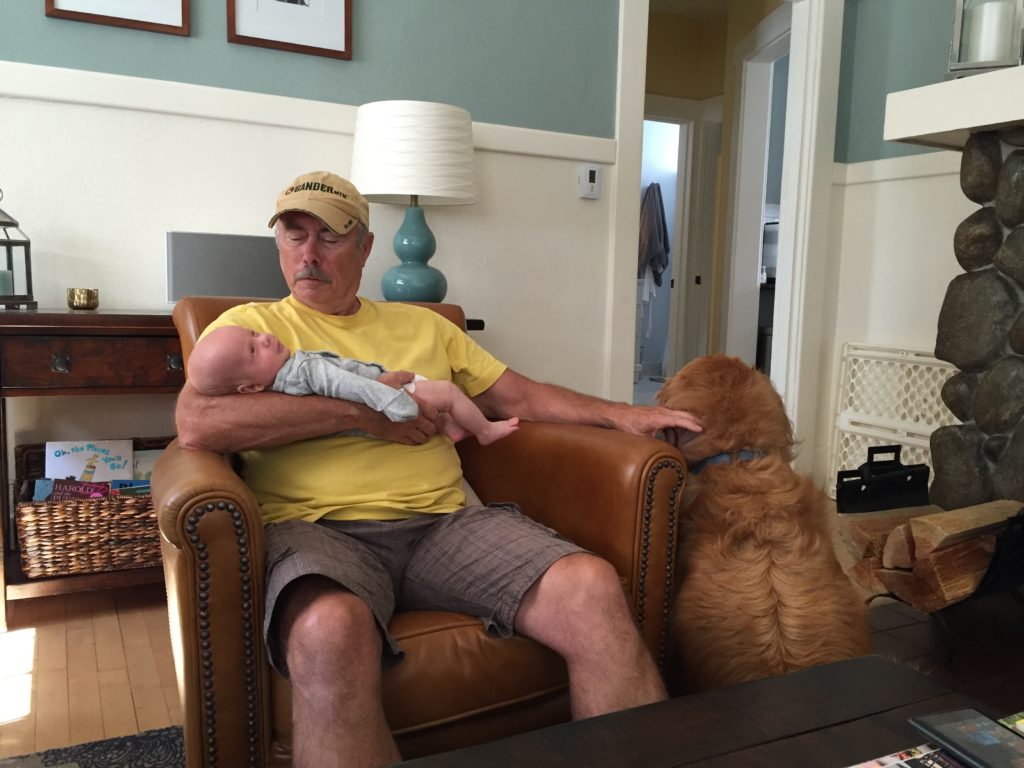 Donna, Alina and I had a couple of girls’ days – we went shopping at University Village and we had a little spa day together. It was wonderful having that time to spend with each other.

Every day Donna and Stan spent at least a little time with Ben, some days more than others. They enjoyed reading with him, cuddling, singing songs and rocking him. It was so wonderful for Ben to have the opportunity to spend so much time with his Grammy and Grandpa Stan at such an early age.

We really didn’t know what to expect and some days were easier than others. Apparently age 2 months is one of the more fussy time periods of a baby’s life and we saw a big increase in Ben’s fussiness during the time that Alex’s parents were here. Also, during their stay we had some big challenges with feeding Ben. We’re not completely sure what they even were, but it seems like we’ve moved past them and he’s eating really well again. This made it hard for us to want to get out of the house, as he screamed his head off any time we stuck a bottle near his face for about 10 days straight. We had hoped they could have seen the cool, relaxed side of Ben all the time, but towards the end that side of Ben started to come out a bit more. 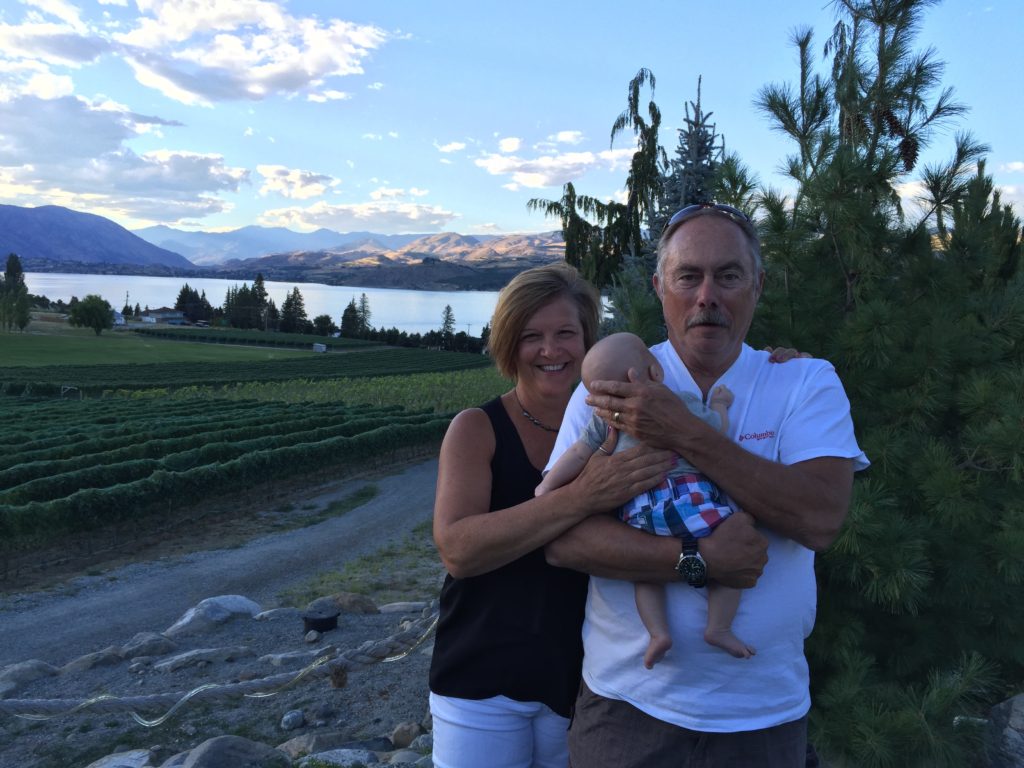 It was a wonderful month with Grammy and Grandpa and we are so very grateful that Ben has four loving grandparents who care so much about him.