Long before Alex and I had kids we would catch ourselves dreaming of the days in the future where our little ones would be in ski school and eventually we’d be able to ski together as a family. We’re a long way from all being able to ski together with much independence, but our firstborn just finished his inaugural year of ski school! 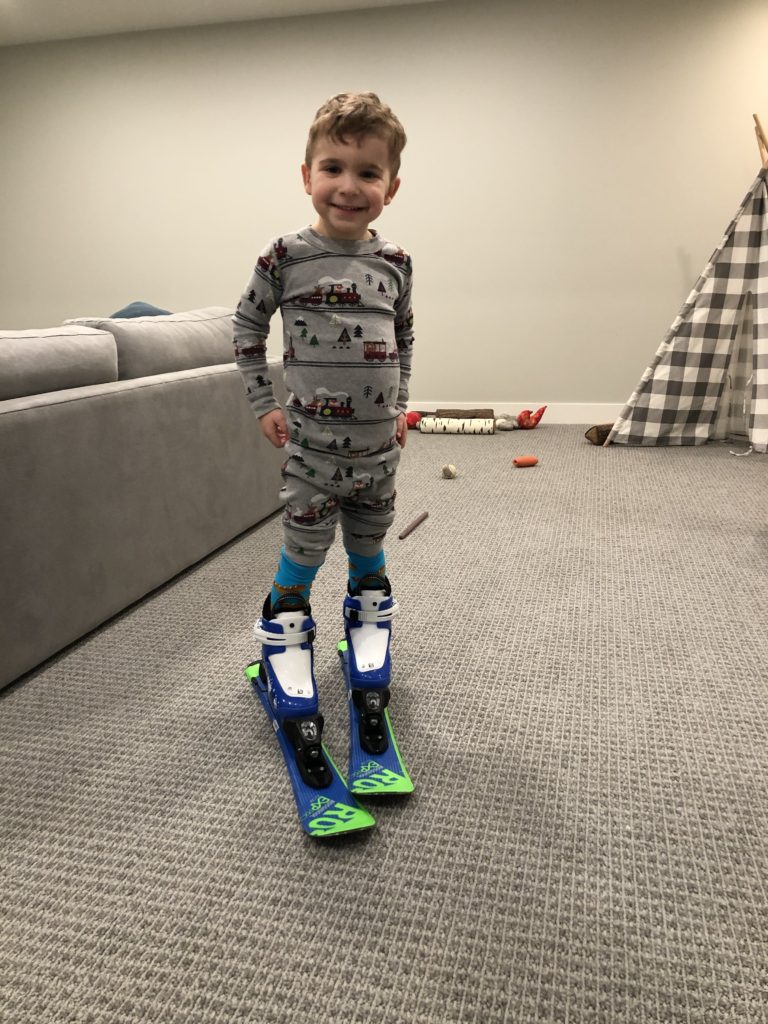 Ben wrapped up his six-week session of ski school recently and absolutely loved it. We really didn’t know what to expect from a three-year old in ski school – we just hoped he’d have fun, maybe learn a few things and keep on enjoying skiing. 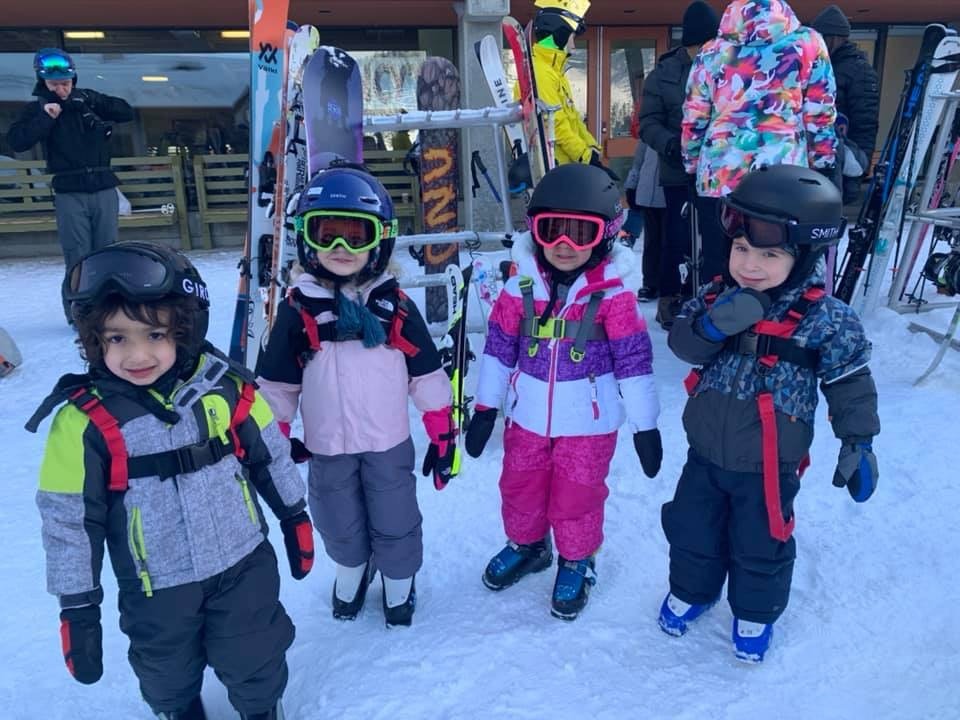 Thankfully six weeks in and he still loves to ski! And he made huge strides with independence and stamina, to boot. He is working on the “pizza” and definitely has “french fry” figured out pretty well and can even do a few turns. Stopping is not in his wheelhouse yet, though.

So far this season Ben has had nine days on snow and we’re hoping to get out several more days to keep up with his new skills. Alex took him on his first chair lift ride a few weeks ago and I’m hoping the rest of the ski season will largely be spent on the beginner chair. It’s nice that the run is longer on the chair lift than it is on the magic carpet.

I’m chalking this ski school experience up to a smashing success.