Our late summer saga continues with this weekend’s visit of my mom, but let me back up and tell you about the last two weeks where Alex’s parents came to visit… Now that Stan is retired and Donna is semi-retired they have a little more time to dedicate to traveling, so they came out to the Pacific Northwest for a 10-day excursion. 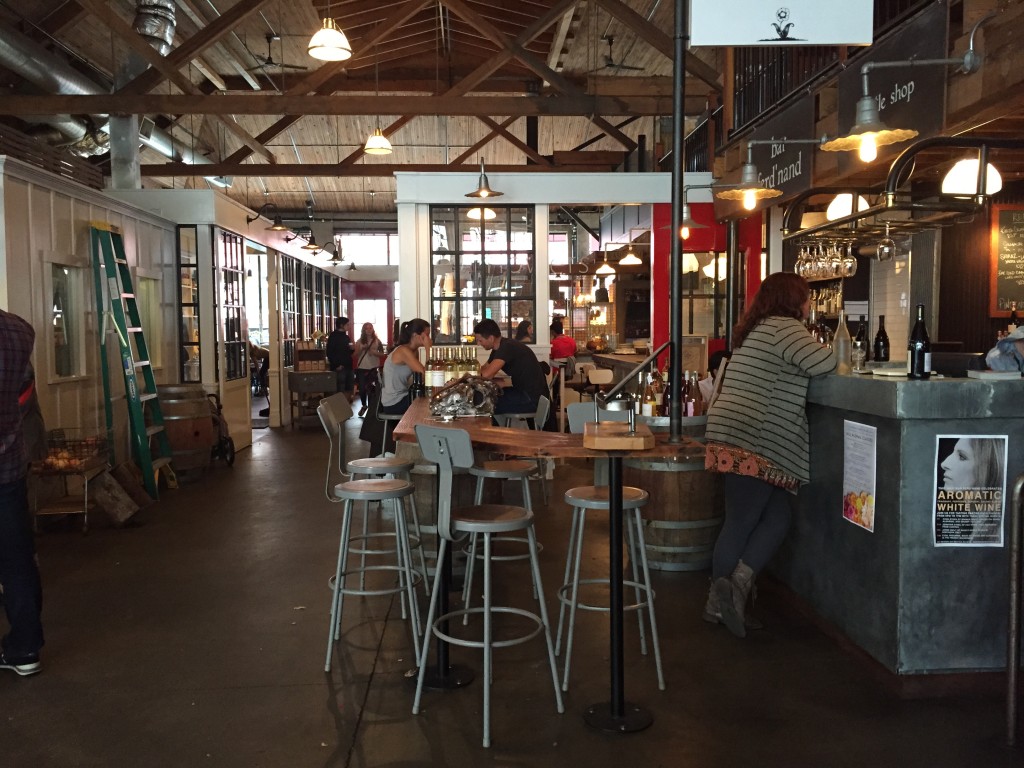 Our first day was spent walking around Capitol Hill doing an unintentional bar crawl. We hopped from one bar to the next to dodge the rain. 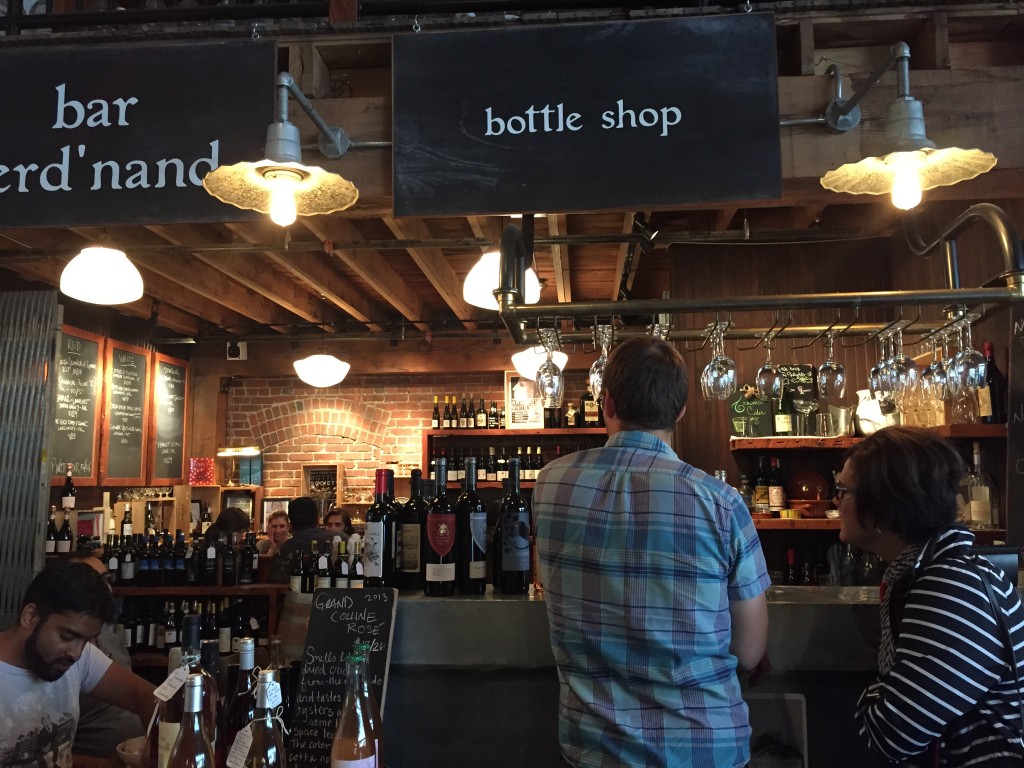 Donna and Stan hadn’t spent much time in the vibrant neighborhood of Capitol Hill, so we started our mini tour at Melrose Market where we had a glass of wine, then we hopped over to Quinn’s and finished up at Barrio. This was all before we commenced at Bottlehouse for dinner and drinks.

On Sunday we enjoyed an always delicious breakfast at our neighborhood spot called the Hi Spot, then we continued with the theme of drinking wine and headed out to Woodinville to enjoy the tasting rooms. We stopped at Brian Carter, Airfield, and of course, Trust, where we’re club members at. We had a late lunch at The Commons, then headed home for a night in where we watched the awesome movie the Imitation Game. 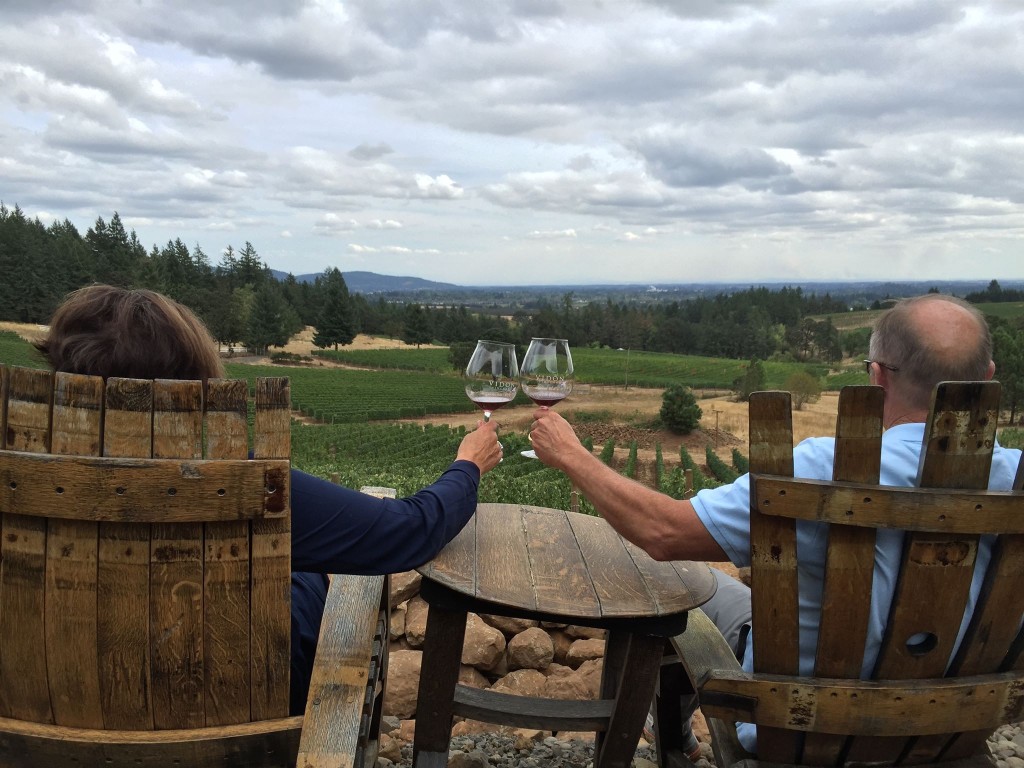 As a way to see more of the beautiful Pacific Northwest and to break up the trip a bit, Donna and Stan headed down to Portland from Monday through Wednesday. They planned a big wine tasting excursion in the Willamette Valley, rode the cable car in Portland and enjoyed seeing what makes Portland so weird. 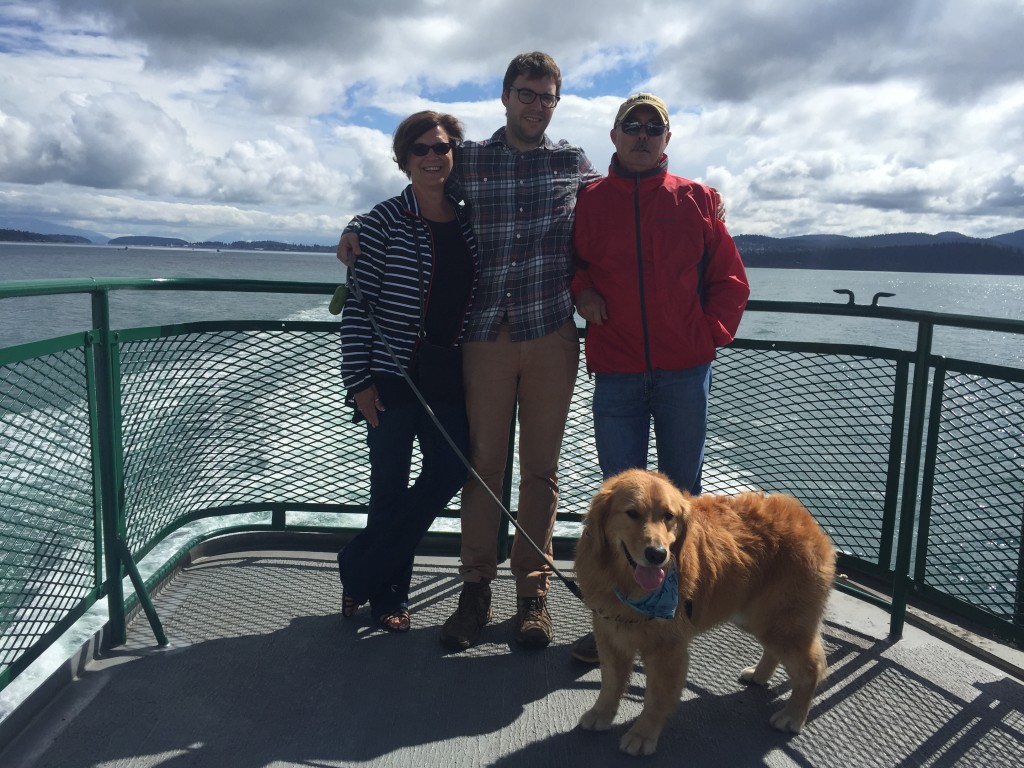 After Donna and Stan returned from their trip to Portland we set sail on the ferry and headed to San Juan Island for the long weekend.

The weather was drastically better than we expected! The ferry ride was chilly, as expected, but the skies were blue and it felt like wonderful fall weather while we were there.

Our trip to San Juan Island was really quite uneventful. It was relaxing and we spent a lot of time chatting, playing ball with Jackson, drinking wine {I know you’re shocked}, reading and watching the birds. It’s official. We’re getting old… 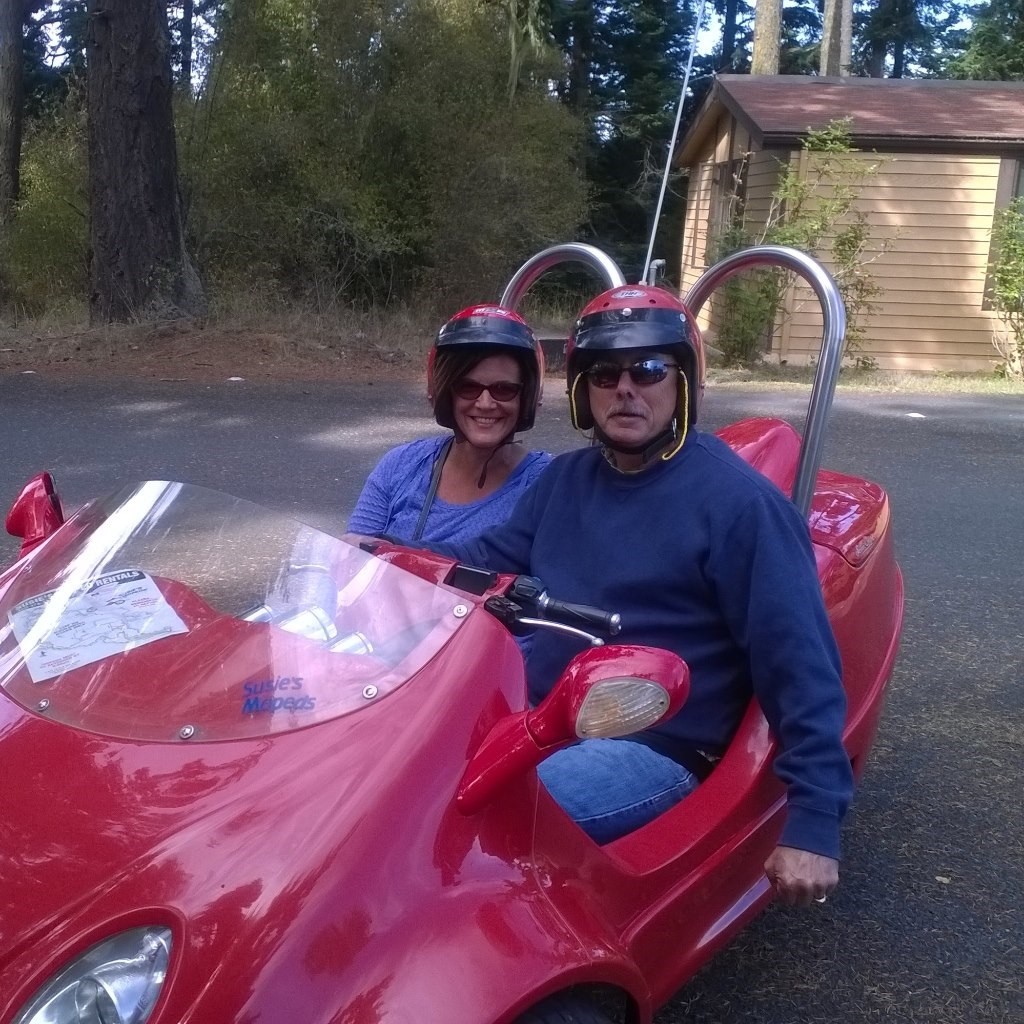 One highlight; however, was renting mopeds and/or “scoot coupes” to toot around the island on! I had never been on a moped before, so it was a fun new experience. Other than the woman at the shop giving me the staggering statistics about the accident rate for women and then sneaking in an “oh by the way, there’s no hospital on the island, so it’s an $18,000 helicopter ride if you get hurt.” Thanks for that. 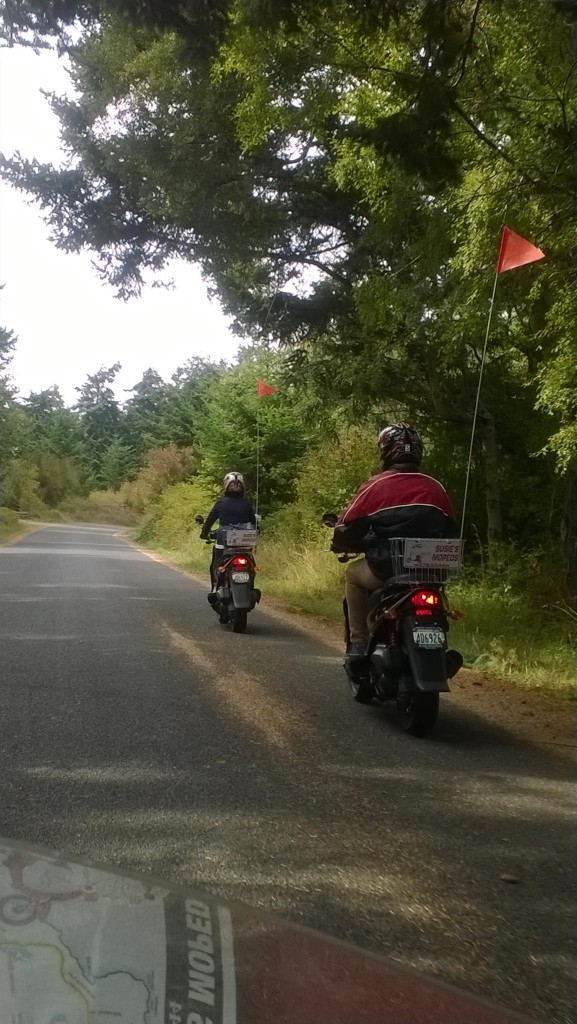 Thankfully we all came away accident-free! 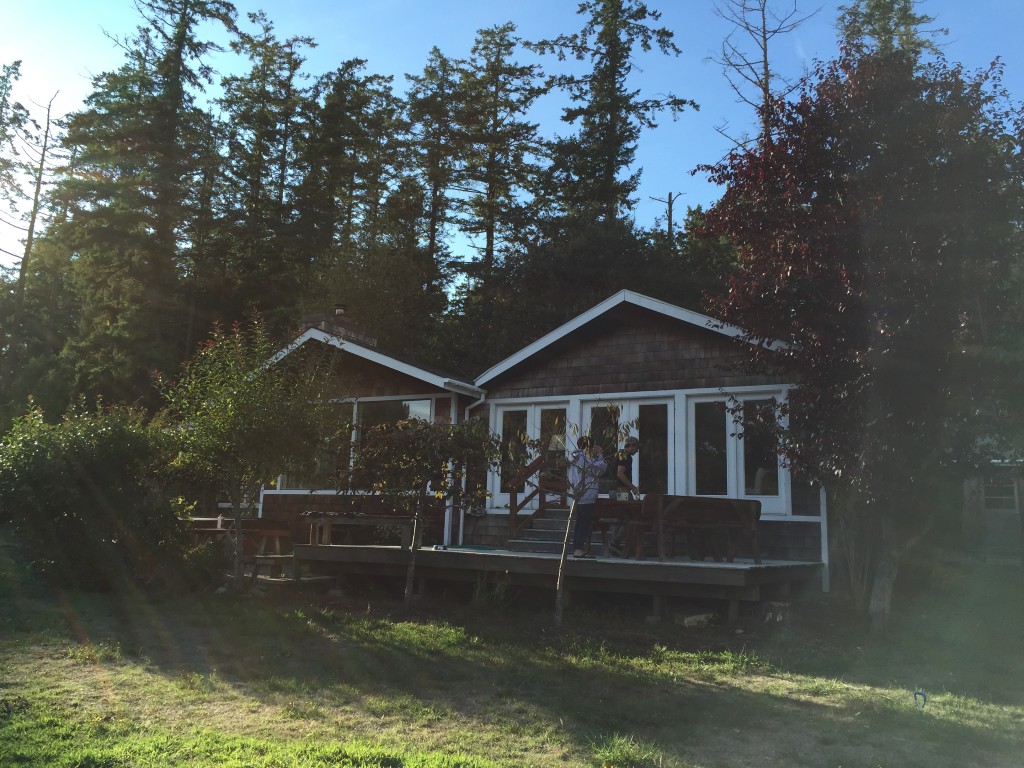 The little house we rented was right on the water {Puget Sound}, which provided endless entertainment for us all. We were shocked at how much the water level changed with the tides! One morning we woke up and half of the bay was dry! 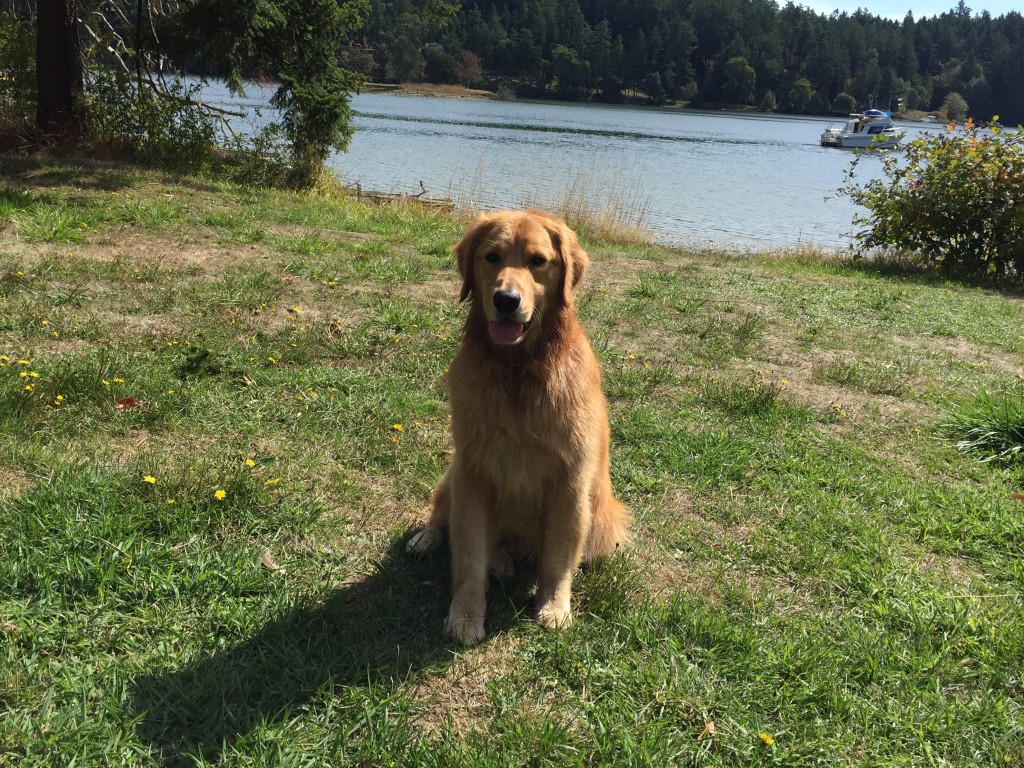 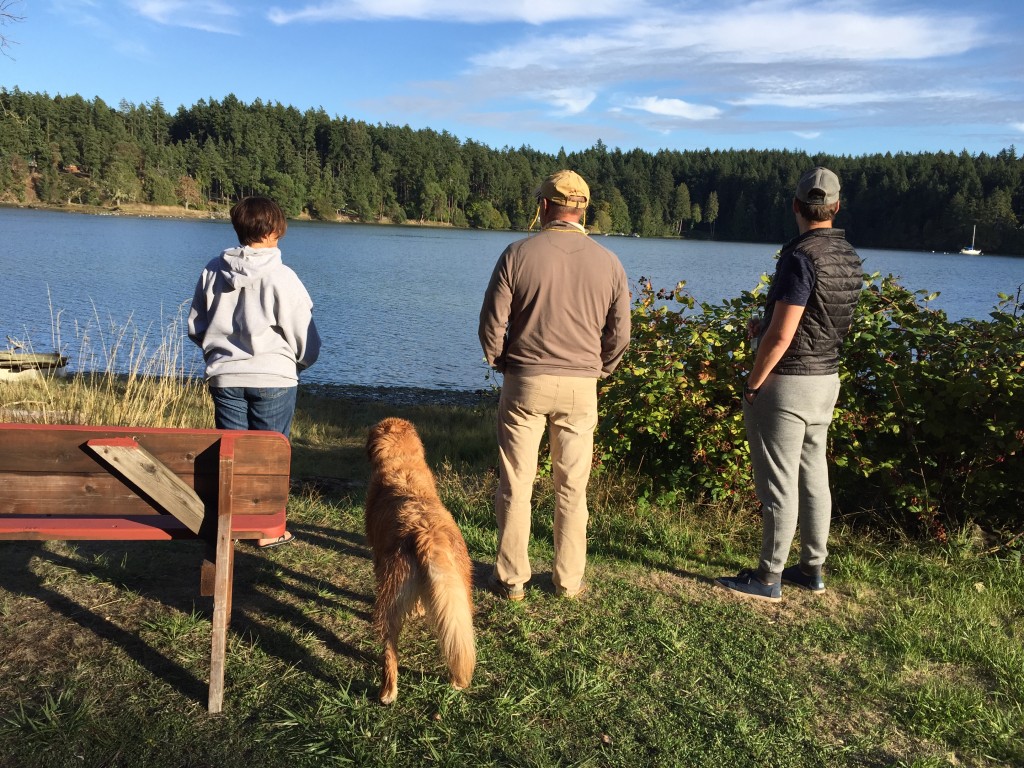 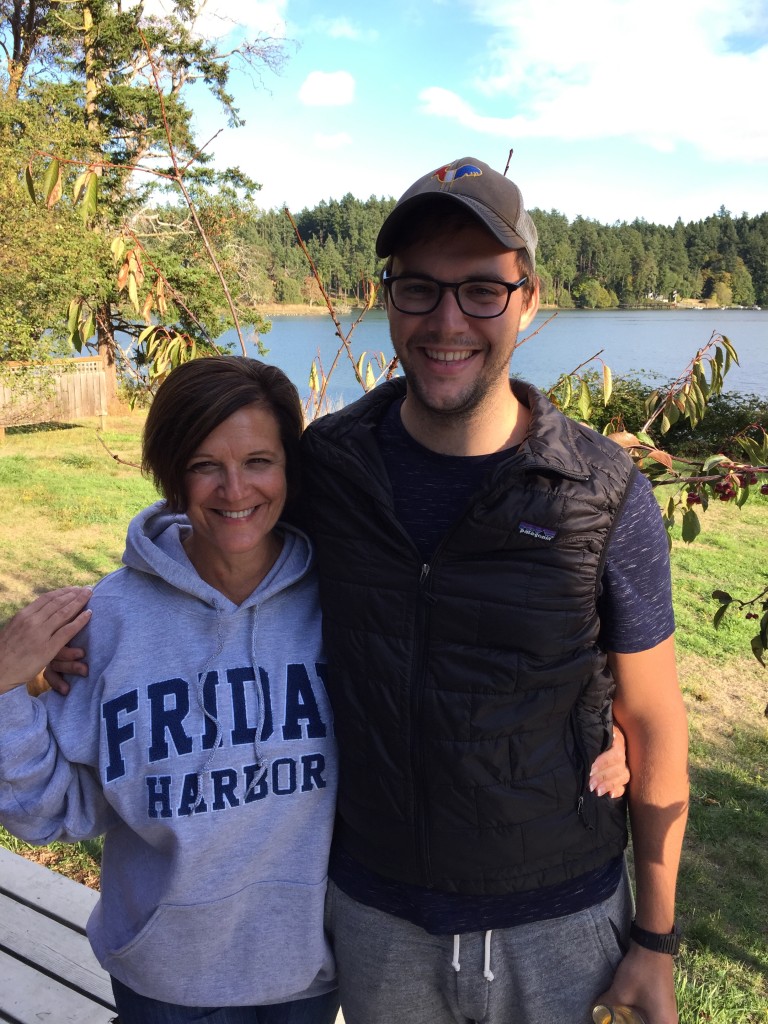 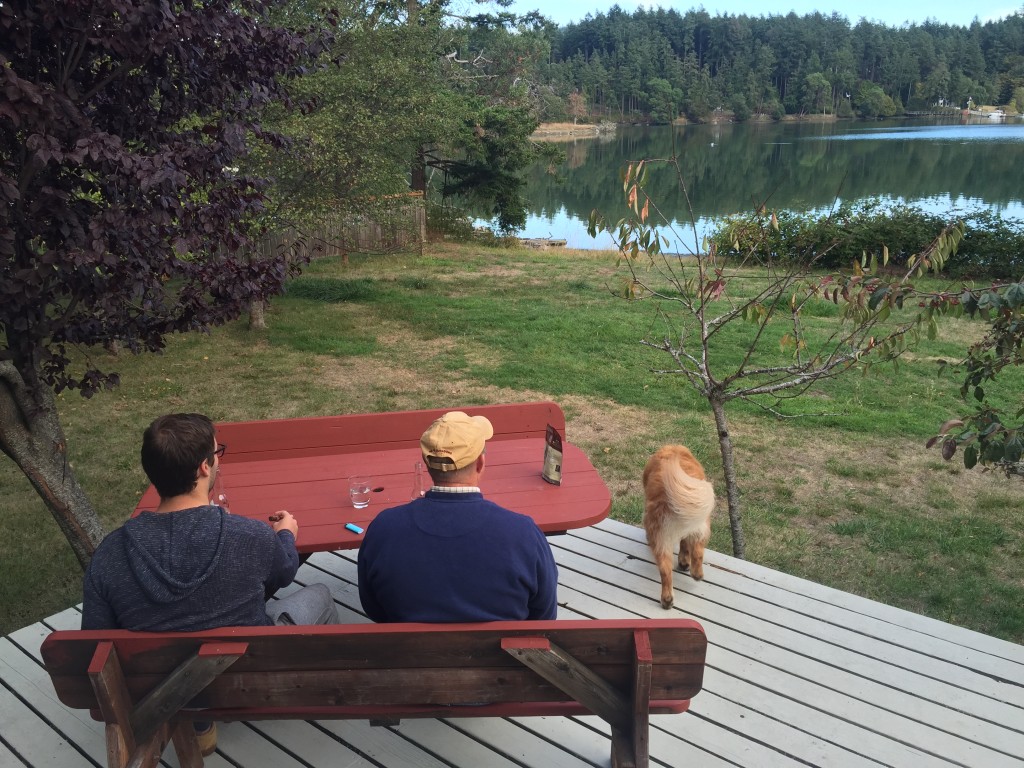 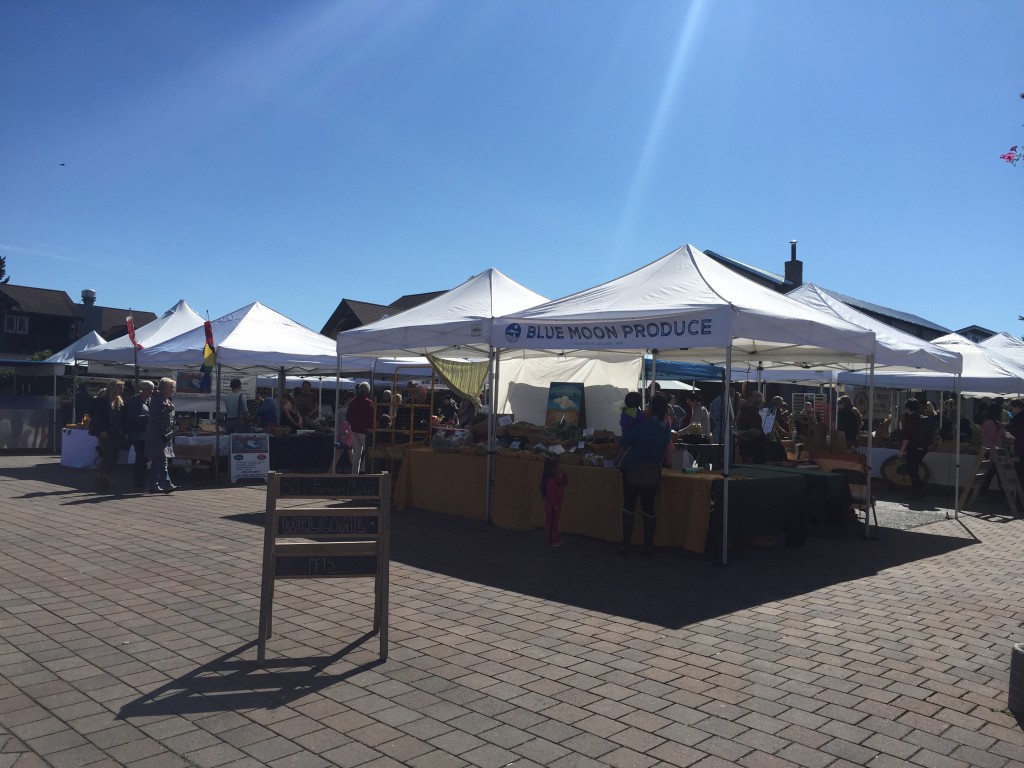 We did take a few outings – Saturday we spent the afternoon in Friday Harbor and visited the farmers market and a few shops before having a very late lunch. 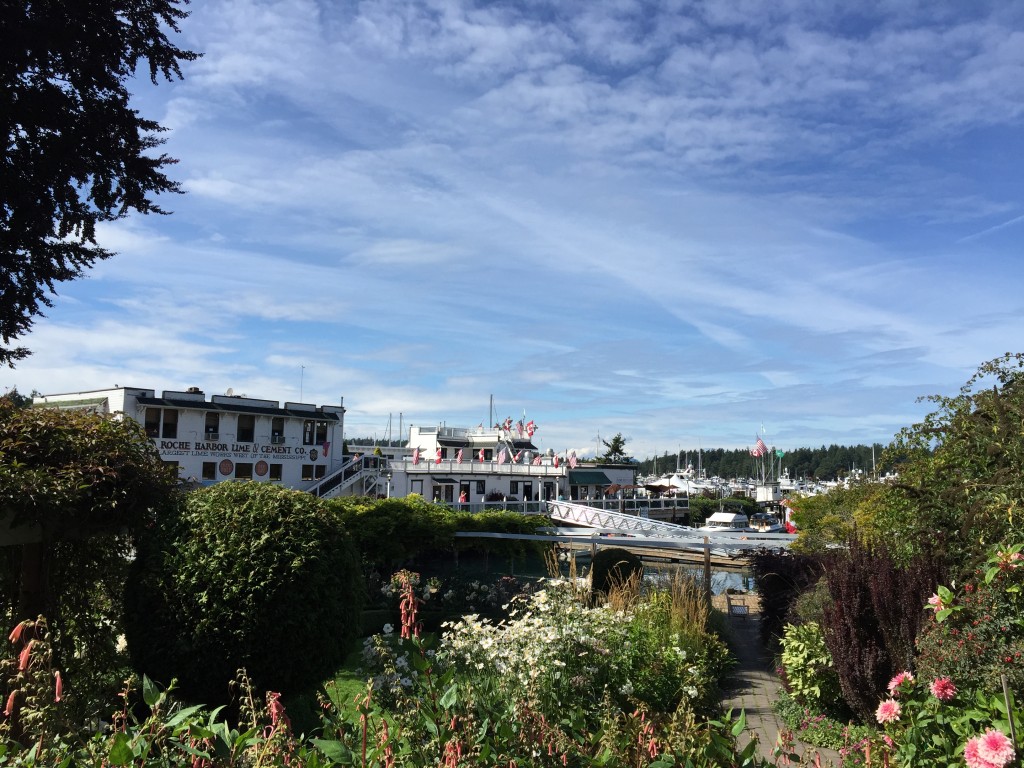 On our last day we spent some time in Roche Harbor, a darling little resort town just north of where we were staying. 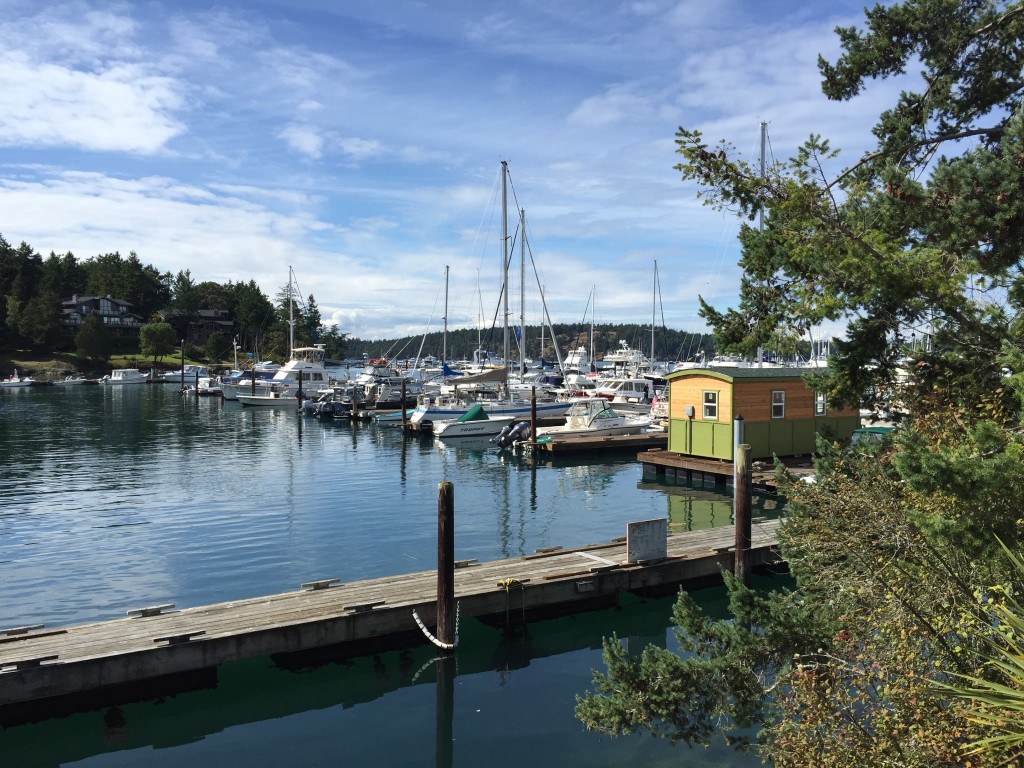 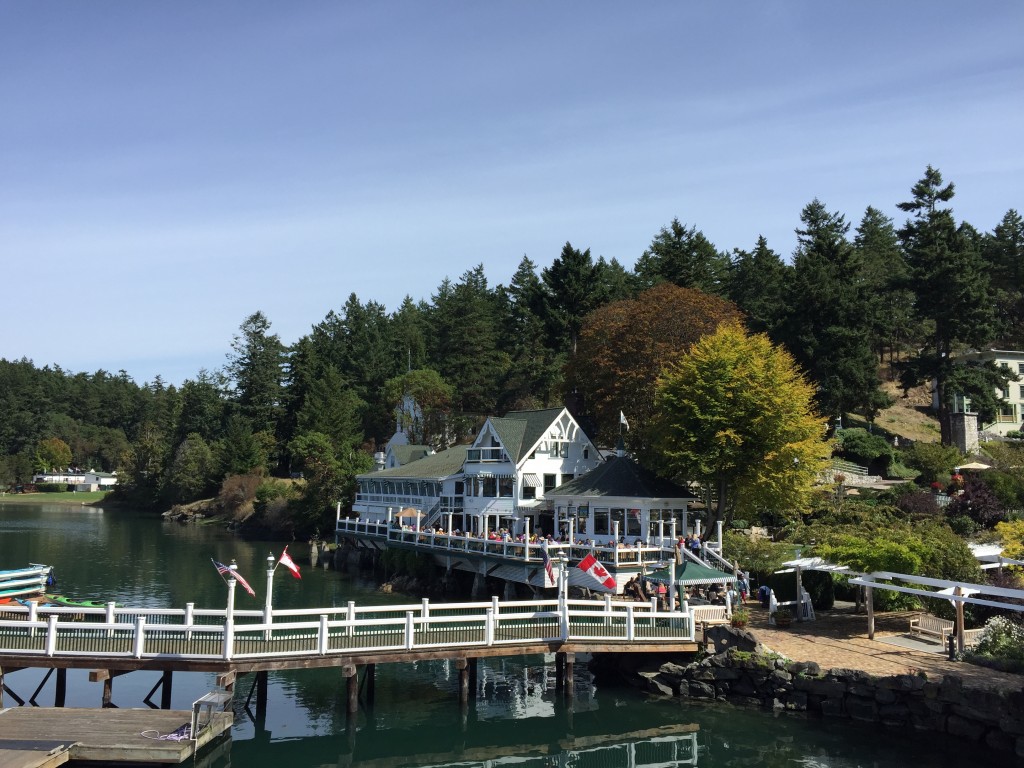 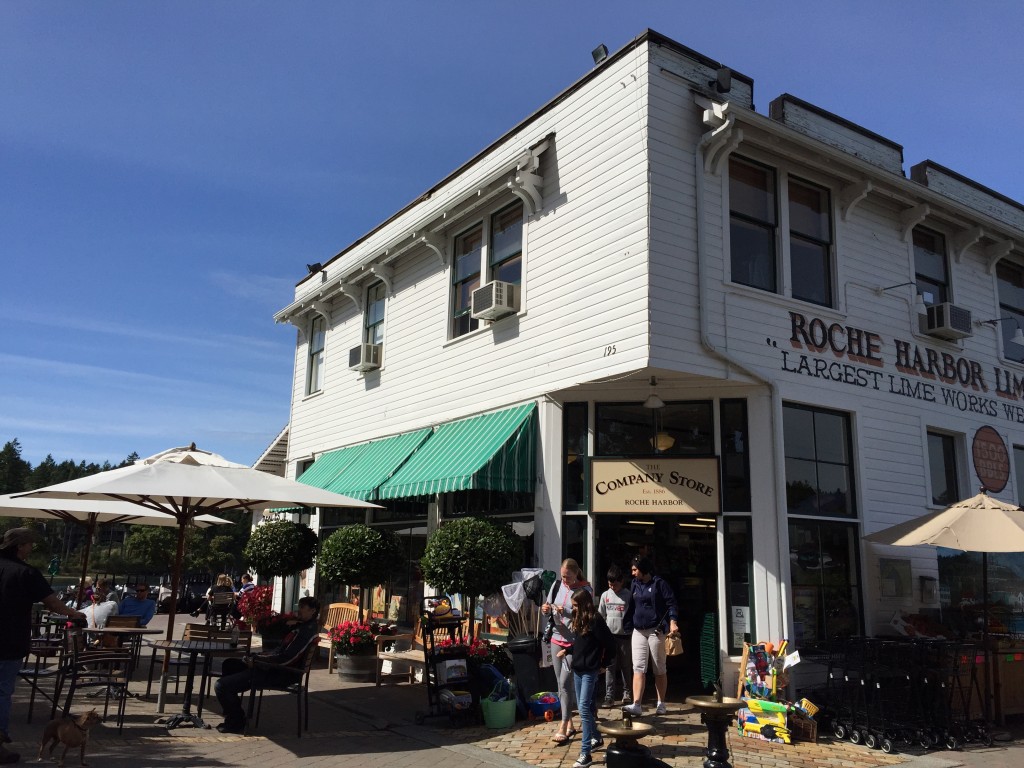 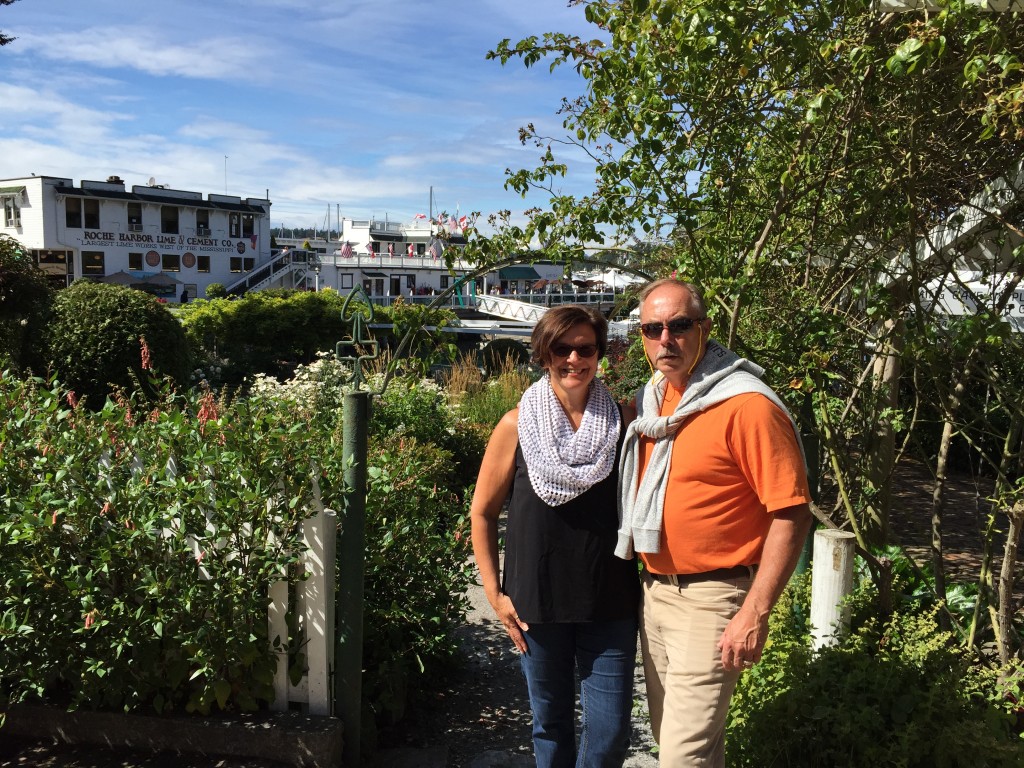 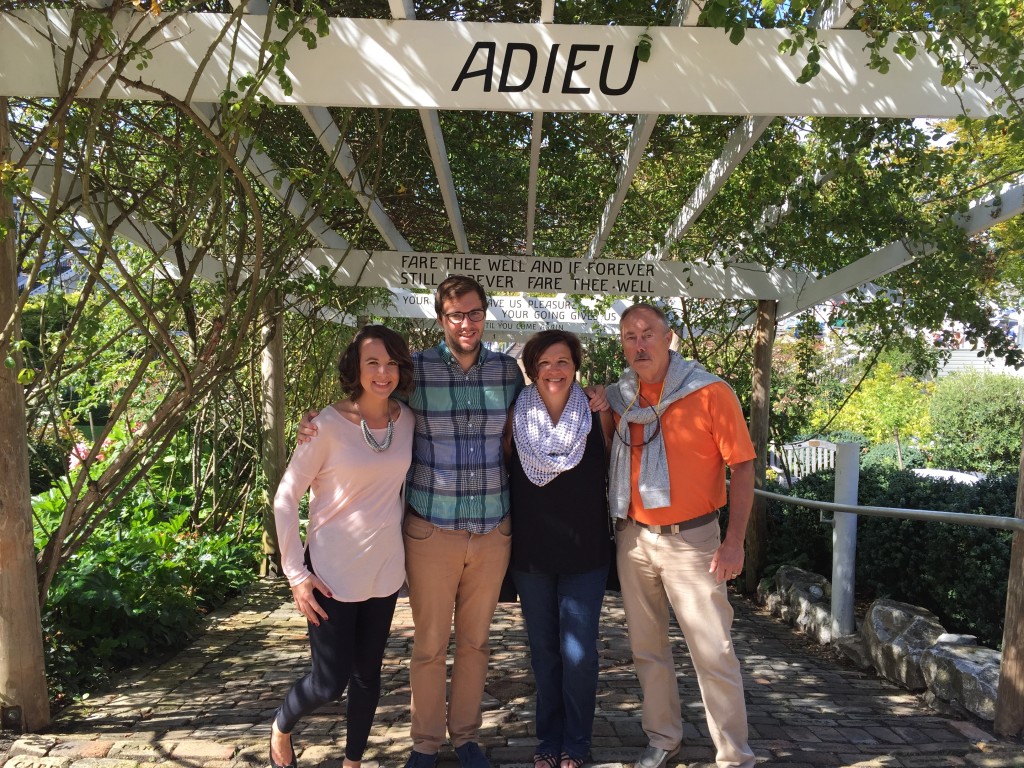 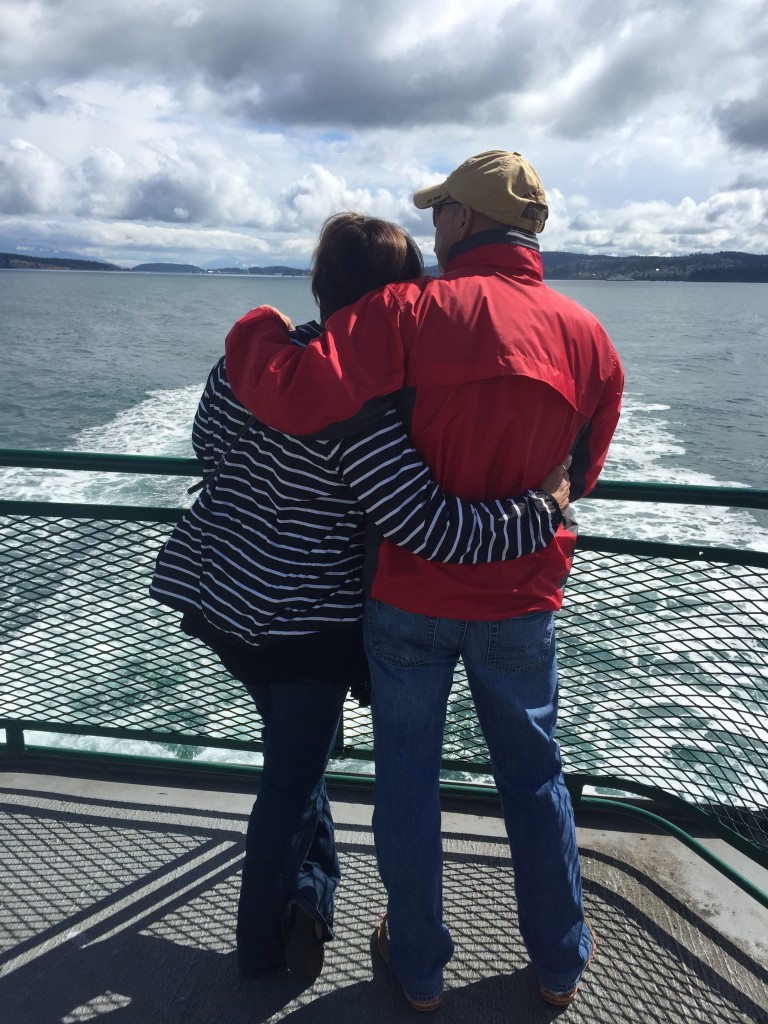 It’s not hard to believe these two are going to be celebrating their 35th anniversary next month! We had such a nice time visiting with Alex’s parents and always love when they come to see us. The ten days flew by and it’s hard to believe they’re back home already!