As we patiently await the start to the 2014-2015 ski season Alex and I have been recalling just how far we have come as skiers over the last several years. We also realized that we are entering our seventh ski season in Washington, making that Alex’s eighth overall ski season.

Somehow I had a lot of confidence as a skier back in 2008-2009 while I was rocking my two-sizes-too-big white, down puffy coat that I had to get that big so it could fit all of my layers underneath {thanks mom}, my hand-me-down snowpants, another thanks to my mom, and my old school hand-me-down straight, skinny skis from my aunt who is at least 5 inches taller than I am.

Really, though, I remember thinking I was too hot to trot back then. And looking at the pictures I am really not sure what I would think if I saw me standing in the lift line for an “expert only” area of the mountain. Actually, I do know what I would think!

Moving on… Skiing in Washington has really been probably the best thing that Alex and I have done. As a kid I had fond memories of skiing, though I wanted to ditch my parents and just go find the jumps. Eventually in high school I became too cool for skiing and tried my hand at snowboarding a couple times before giving up on both completely. Somewhere along the line in college I yearned to go skiing again.

At that point, Alex had never tried skiing or snowboarding, and finally, our senior year of college Alex’s family took a trip to Breckenridge. I encouraged Alex to ski instead of snowboard and thankfully he listened. His family secured a ski instructor and Alex was hooked. Just like that.

There are a lot of people who I credit Alex’s unbelievable transition to becoming an exceptional skier. The person who wins the gold star is really Alex, though. I have come to realize how difficult it is to learn how to ski as an adult, mainly because you understand pain and risk and it’s a bit unnatural to fly down a snow {or ice} covered mountain with two wooden planks attached to your feet. 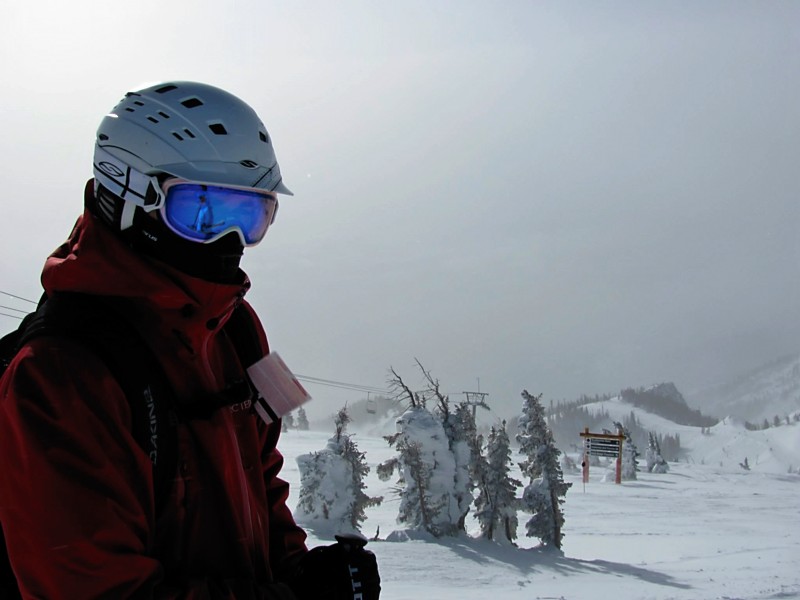 Alex bit his tongue and followed his ski instructor’s words of advice, then trying to be Mr. Big Shot, kept his mouth shut as I dragged him down a double black diamond mogul field known as Parachute. Oh the fond nights we spent learning how to master the Pacific Northwest at Snoqualmie those first few years. Neither one of us had any idea what we were doing. We just went for it.

The second year we lived in Washington we looked the part a bit more. I got a new more modern ski coat and pants, along with my first pair of shaped skis. We both got helmets to complete our look. I think this was the year that Alex bought his second pair of skis.

Our third ski season in Washington was the turning point for us, I believe. This particular year we had the opportunity to follow Patrick around Crystal Mountain during the four weekends we rented a cabin near the resort. Patrick is a fearless skier to say the least. We explored Crystal Mountain together with him and Carrie, as well as his childhood friend Chris and his wife Diane, both of whom are incredible skiers.

In addition to our local charades, we also took a trip to Breckenridge and had a private ski lesson from the man who taught Alex how to ski. That was singlehandedly the best thing we have done to improve our form.

I’m not sure how many ski days we had during the 2010-2011 ski season, but I bet it was pushing 40. That was the year our foundation was set and our skills and techniques were on their way.

The years that followed have allowed us to refine our form and continue to improve, but no ski season sticks out in my mind as much as 2010-2011. It paved the way for us. The following year we kicked it up another notch by taking another ski lesson, and I got a new ski outfit that made me look a bit more professional and put together and ready for several more years of adventures on skis.

We are both so thankful to our families for providing us the opportunity to learn to ski. We are very fortunate to have been able to take up a sport like this in the way that we have done. It’s a focal point to our winters and it makes me wonder what we would do all winter long if we didn’t ski. Now, here’s to the 2014-2015 ski season… if it ever comes to Washington!