I’m not sure if we were crazy or just really optimistic when we booked our camping trip six months ago. In any case, we gave it a shot!

We’ve been to Lake Wenatchee State Park several times and camped here once before. It’s a very family-friendly campground and we chose it in part because of the flushable toilets, running water, showers, proximity to a beach and playground and a few other fun amenities. So, it’s car camping at its finest… 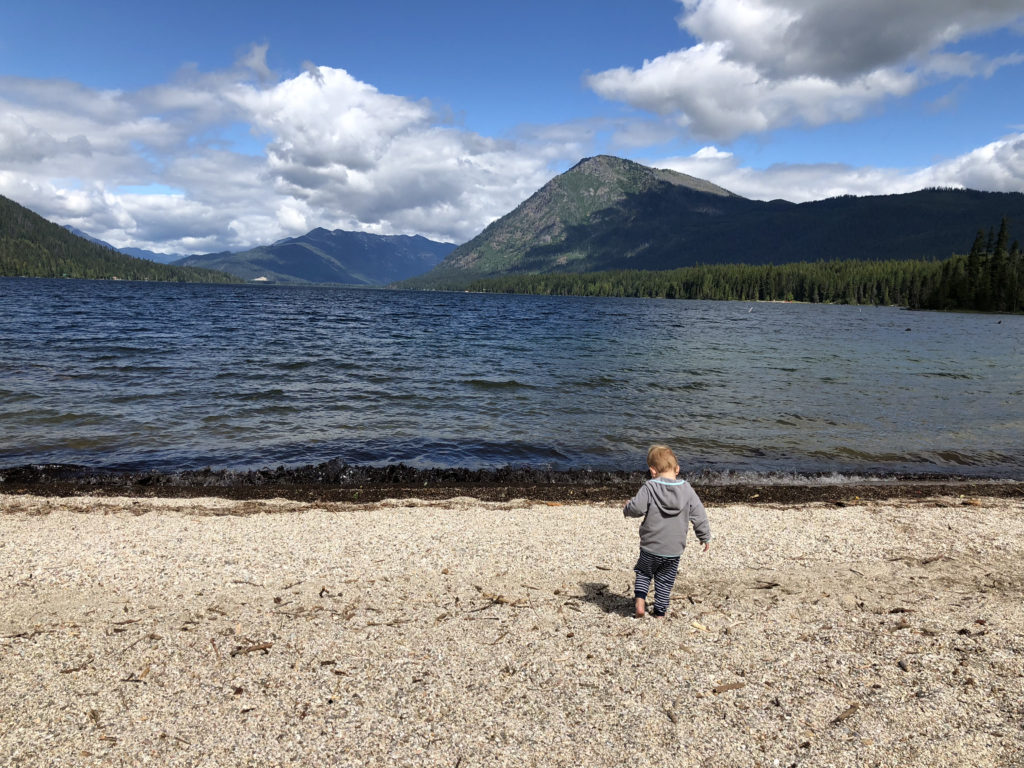 Not long after we got our tent set up the sky opened up and it started to rain. We were not the slightest bit prepared for rain, since there was zero chance of it in the forecast. We quickly huddled under the little overhang of the tent to stay dry and get attacked by mosquitoes! Thankfully the rain didn’t last long and we were able to get a fire and some s’mores going. 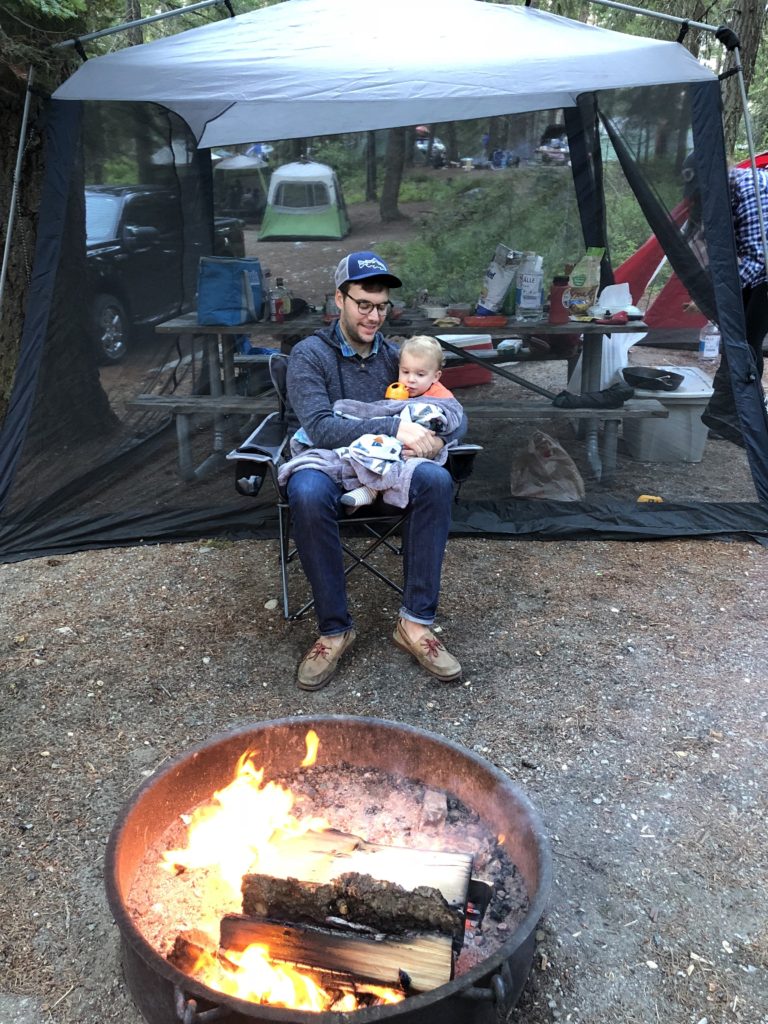 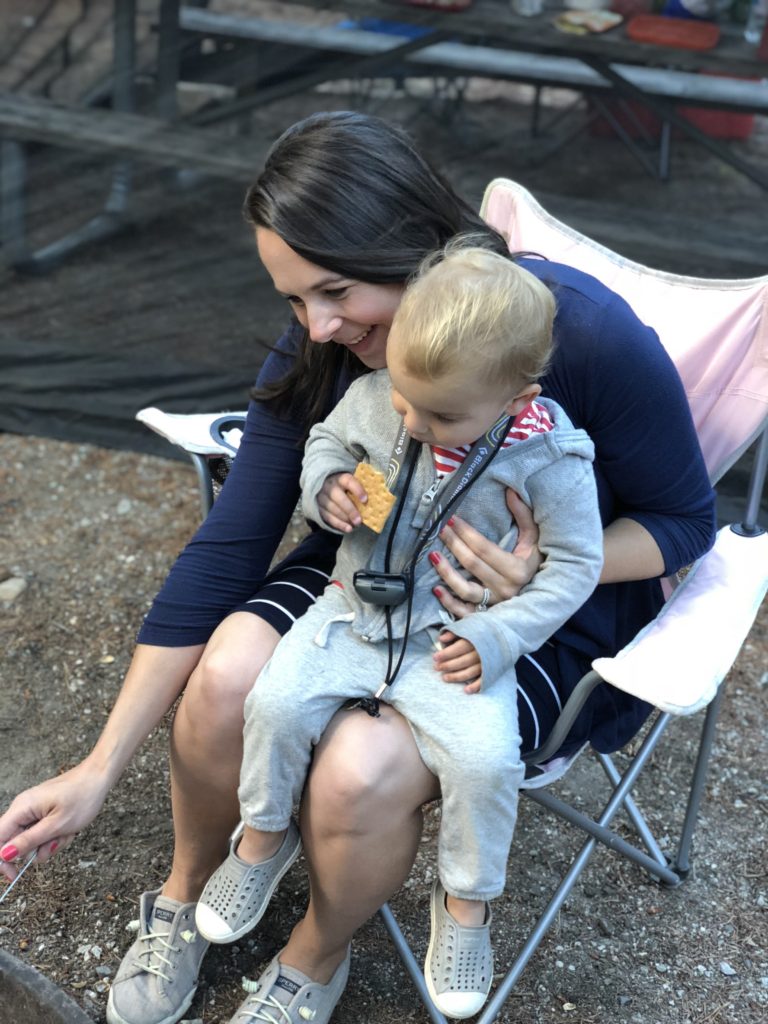 Mid-storm my brother and his girlfriend, Becky, arrived! Ben hasn’t seen Uncle John or Becky in nearly a year but seemed to remember them right away and made several requests for Uncle John to pick him up. He really enjoyed spending time with Uncle John and Becky. They were great sports to have spent 24 hours with a toddler. 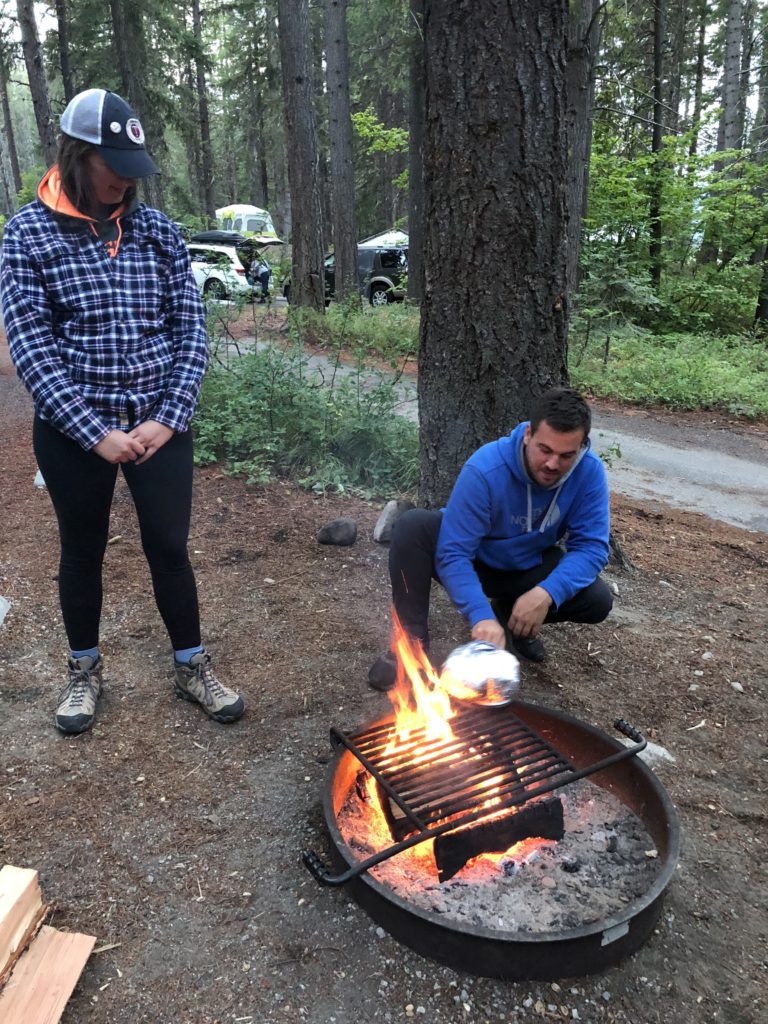 It turns out it can be rather difficult to get a 2-year old to settle down and go to sleep when there are kids running around, car alarms going off, it’s extremely light out, adults are partying and talking loudly and really when you’re in a new setting. So! Ben fell asleep at about 10:00 p.m., despite our best efforts to get him to cuddle up with us in front of the fire and fall asleep. Once he fell asleep, though, he passed out until 7:15 in the morning, so that was great! 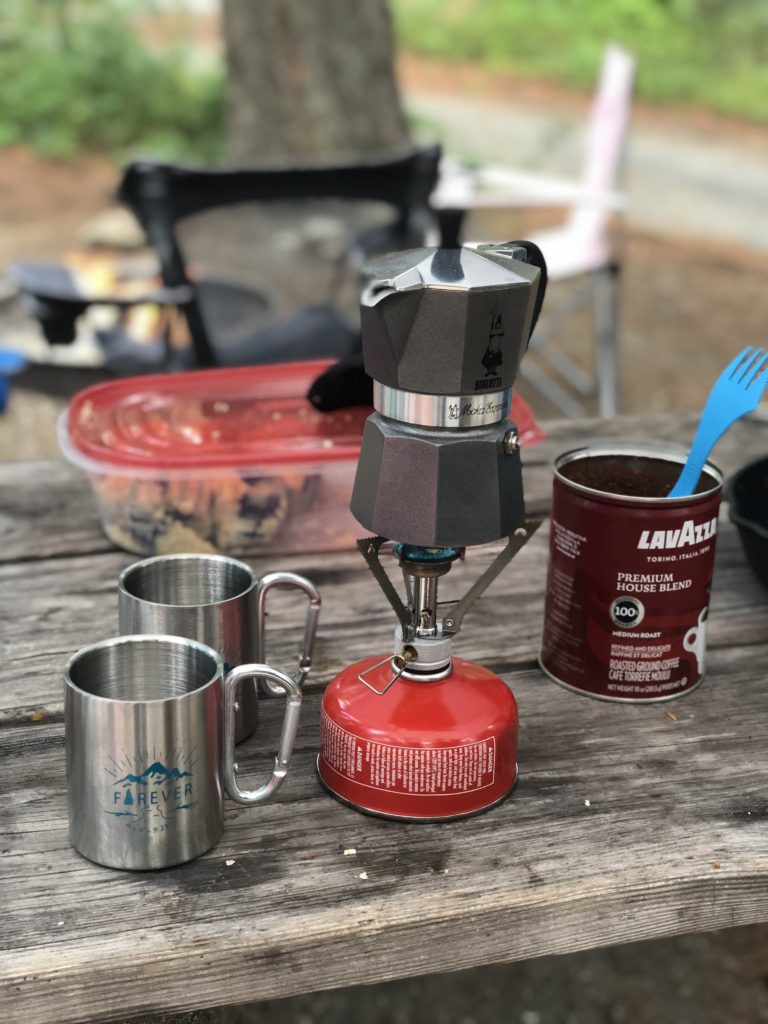 Despite Ben sleeping well {once he fell asleep} neither Alex or I got much sleep. I forgot how uncomfortable air mattresses can be, and it turns out it wasn’t just the preggo who was miserable – Alex had similar complaints. Given the lack of sleep we decided we’d head home a night early. Needless to say, the coffee tasted extra, extra good on Saturday morning.

Side note: how cool are these coffee mugs?! They were a favor at a beautiful wedding we attended last fall. 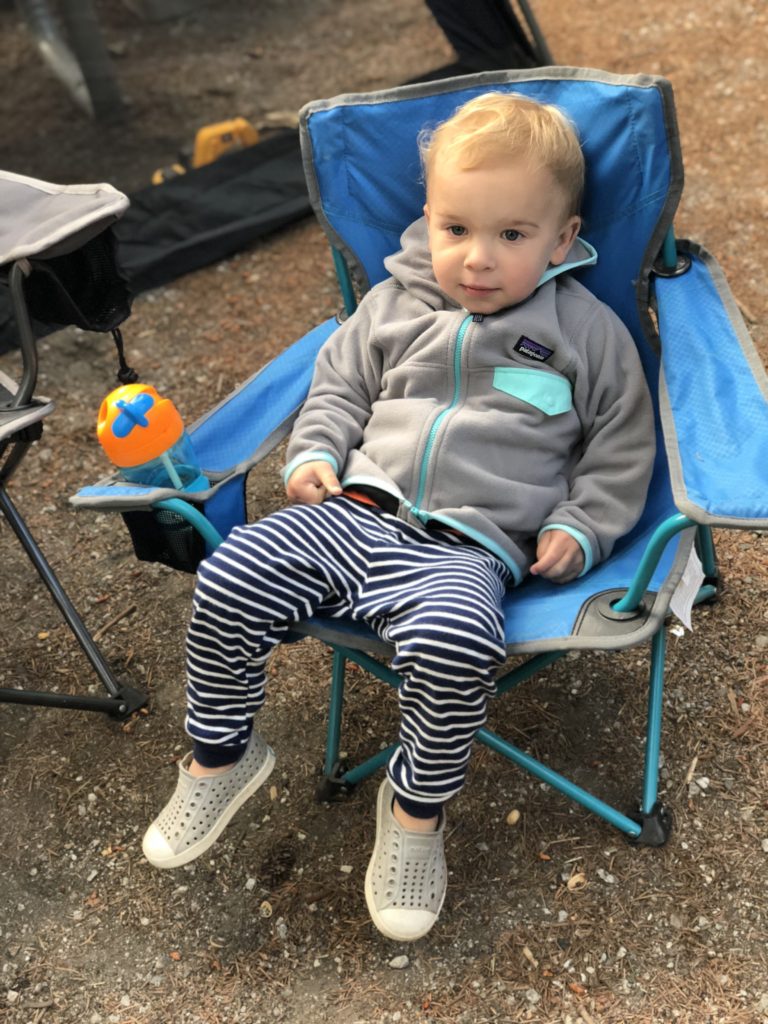 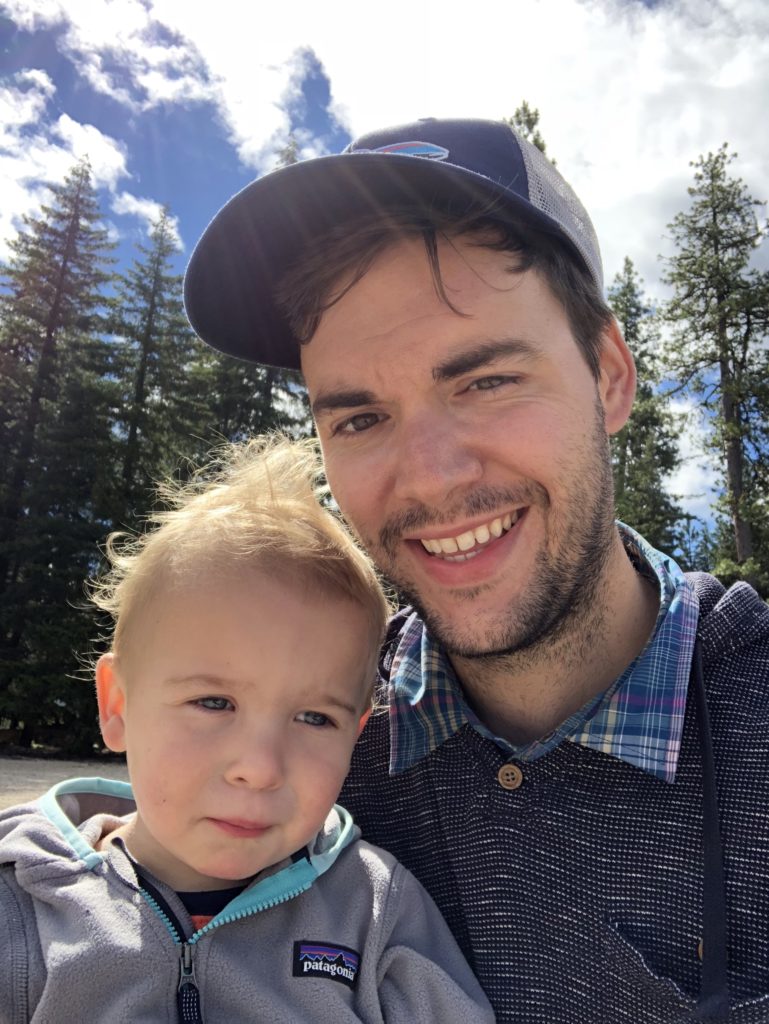 Ben seemed to love all of the time we spent outside on our camping trip. He is such a little explorer and entertainer. We had fun playing in the tent, walking down to the water and playing at the playground. I think we have ourselves a beach baby! 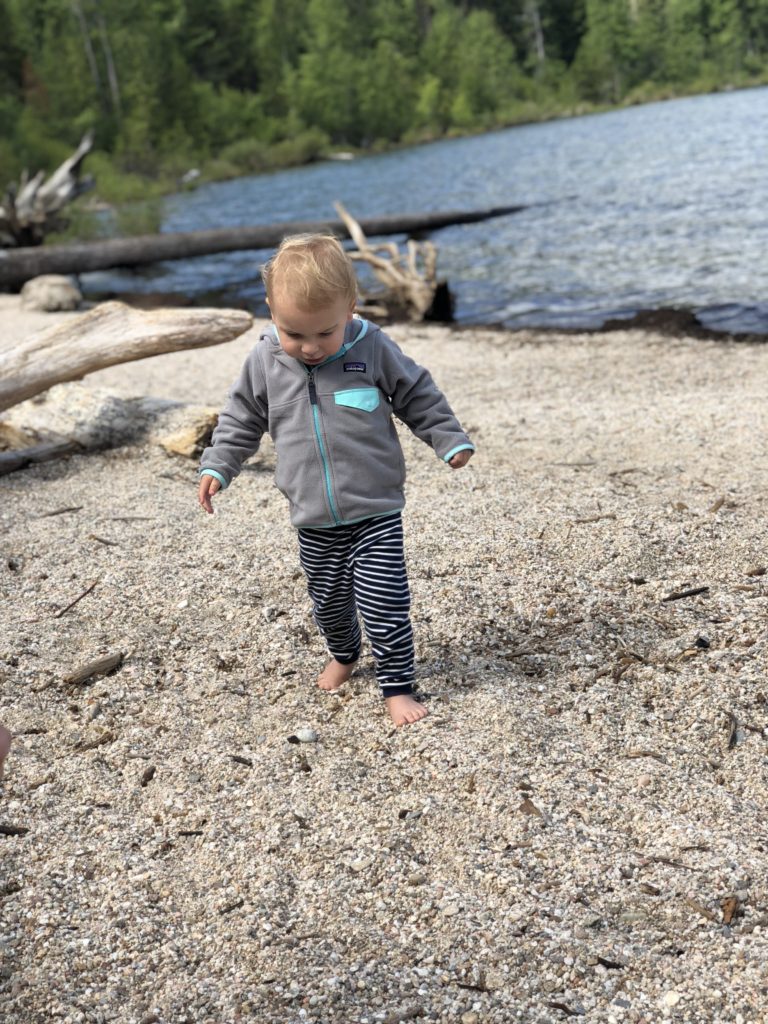 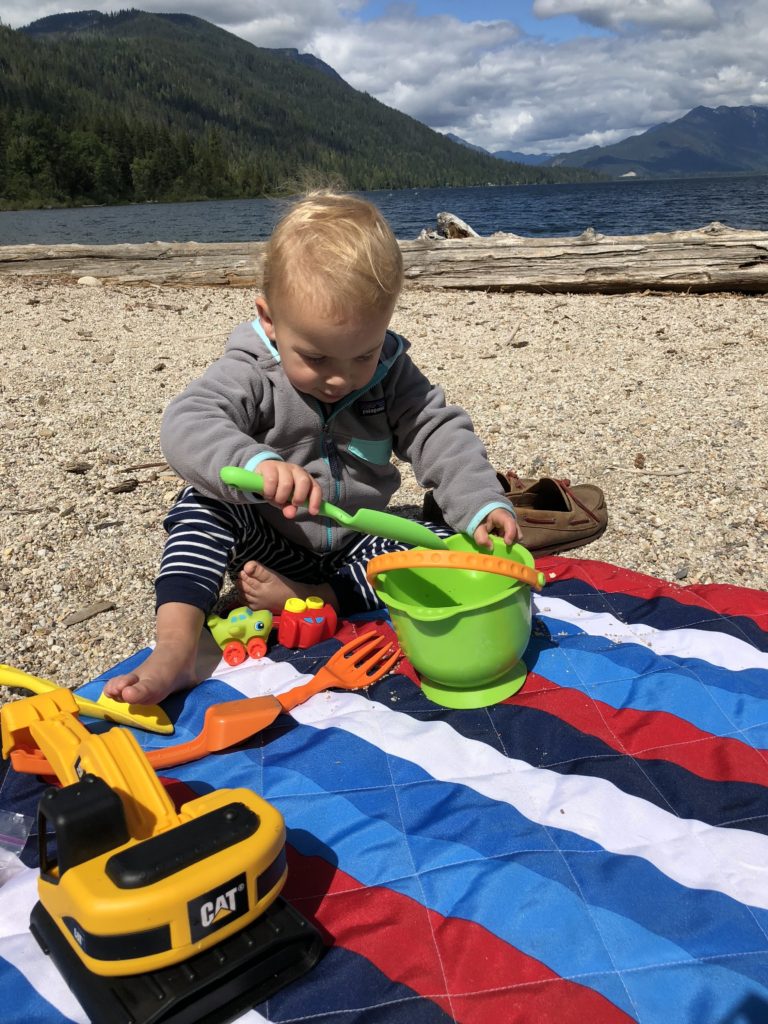 By mid-afternoon on Saturday our campsite was packed up and Ben was snoozing in my lap by the fire {at least we had one success with getting him to fall asleep!}. We decided to run into “town” and grab some coffee from Plain Hardware then go and have a little picnic at our house before going into Leavenworth to show John and Becky around. 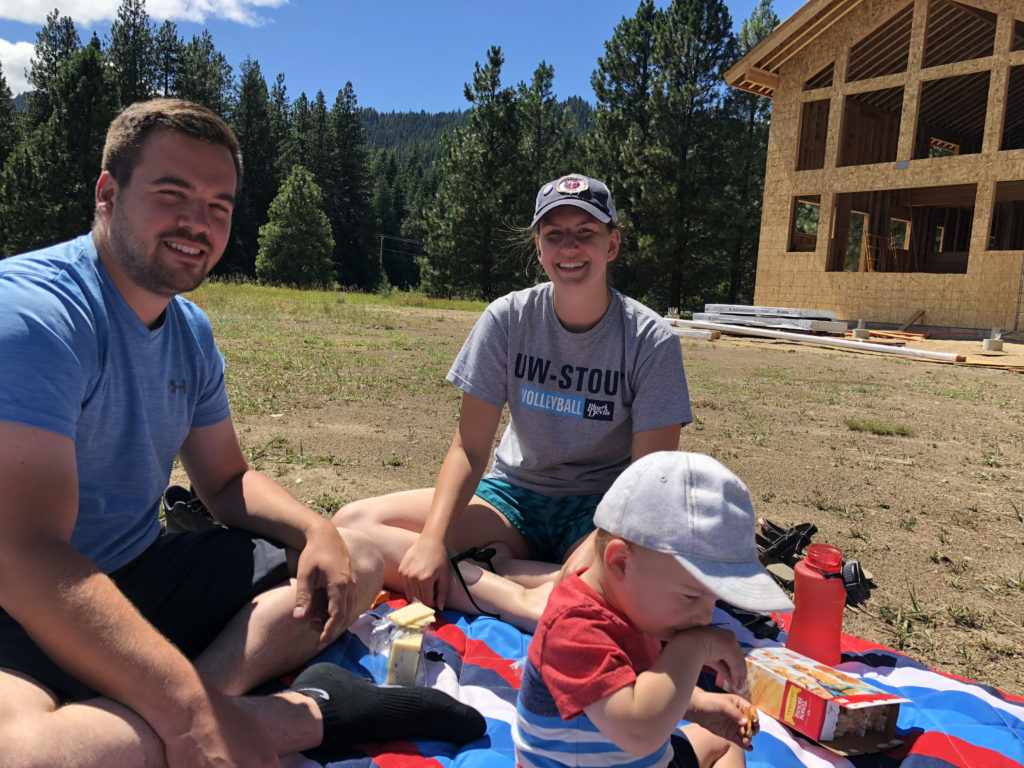 Ben was mostly over the idea of sitting still by the time we got out of the car when we arrived in Leavenworth. We managed to have a little time to sit at Cured, our favorite sausage haus, to enjoy a pretzel, bratwurst and beer before we appeased the toddler and went swimming!

Swimming with Ben, in particular at this perfect-for-tots pool, was one of the highlights of my weekend. The pool had a zero-depth entry and a huge section that was 2 feet deep or less. It had a little toddler water slide that was made just for Ben. Ben was wading around in the pool, paddling his arms and jumping up and down – I think he was watching other people swim and trying to figure out how to do it himself! It was so fun to watch. 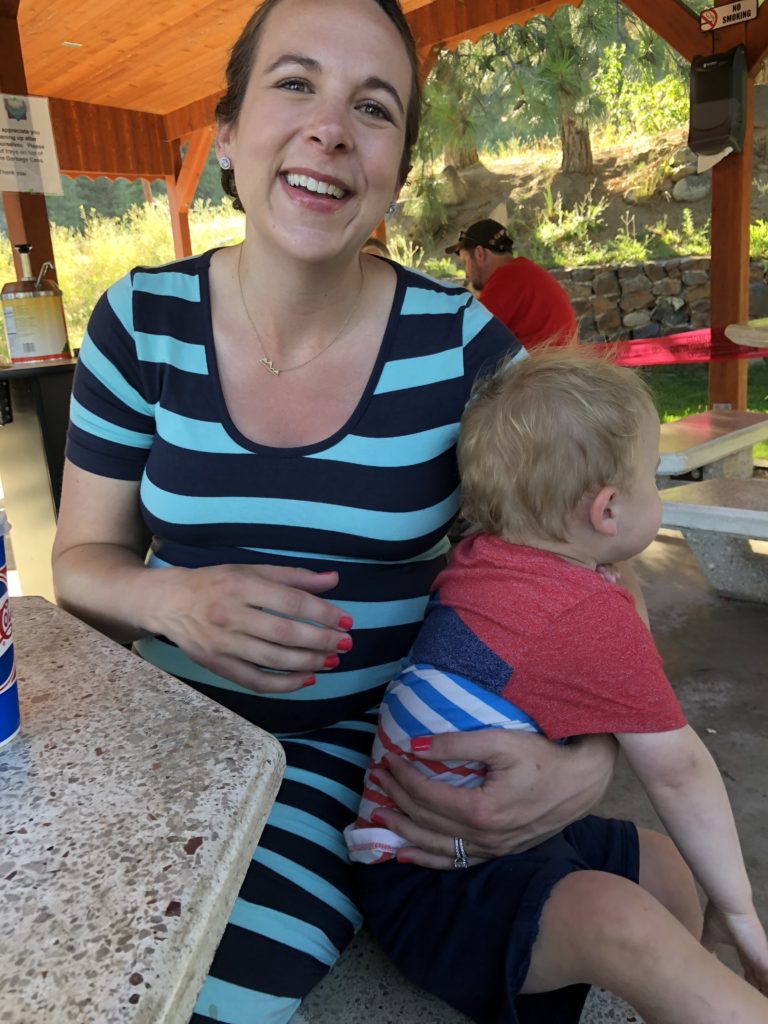 Before we made the drive home we stopped at the Heidlberger Drive In for some great cheeseburgers and fries. Alex and I love a good diner and this one didn’t disappoint. 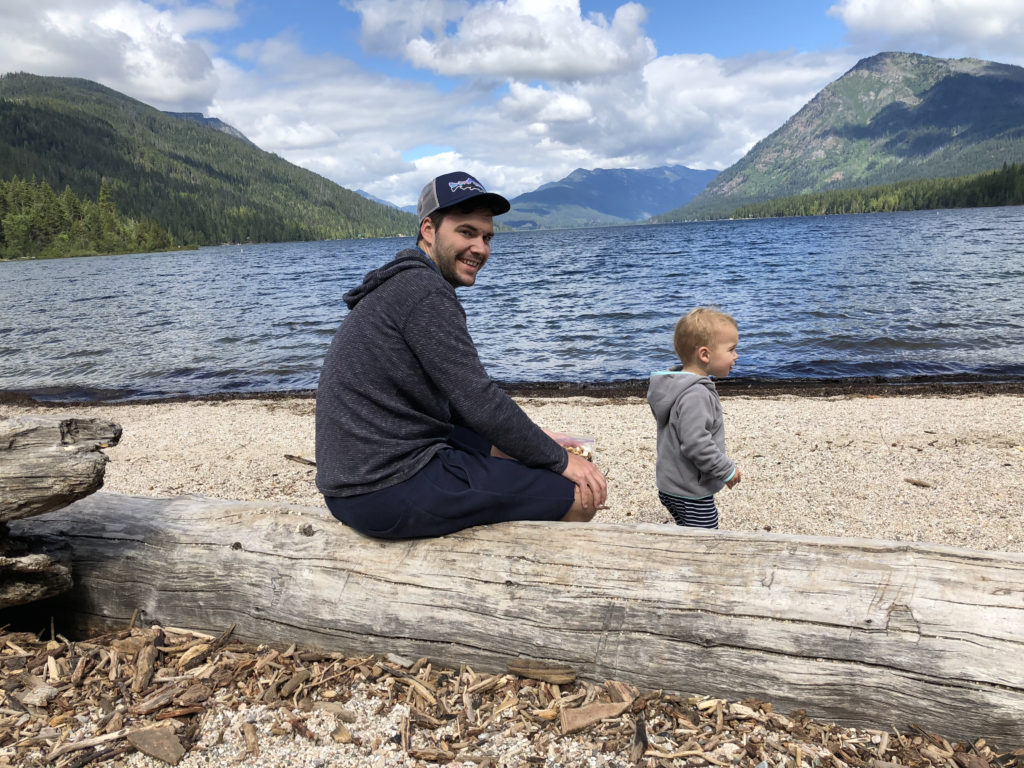 All in all, we had a wonderful time on our camping trip. We’re not going to be in a hurry to sleep in a tent again for a few years, I don’t think, but it was such a fun experience to provide for Ben. We are very, very glad we came home after one night, for a number of reasons, but most importantly, Ben ended up coming down with a nasty case of croup on Saturday night/Sunday and we spent the afternoon in urgent care. Poor kiddo was miserable! Hopefully we’re done with the summer illnesses after this one. 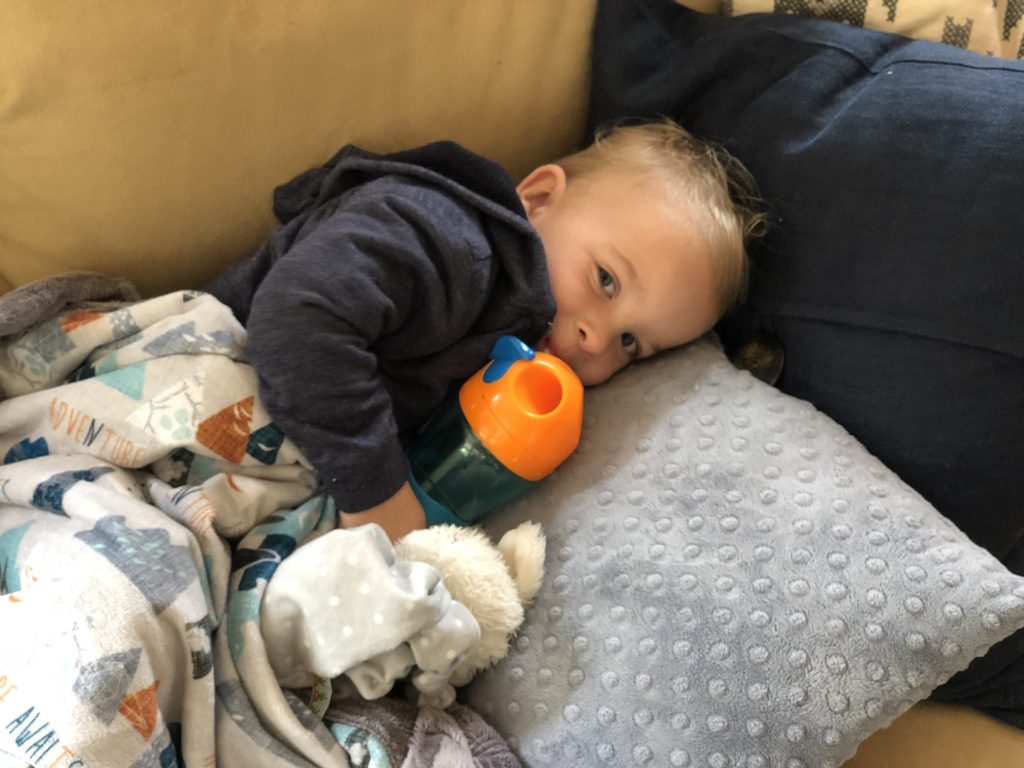