There have been some moments over the last few weeks where we’re really realizing how big Ben is getting to be. It is so fun to watch him develop and grow and get some meat on his bones. It’s hard to believe he’s going to be starting to eat solid foods any day now! 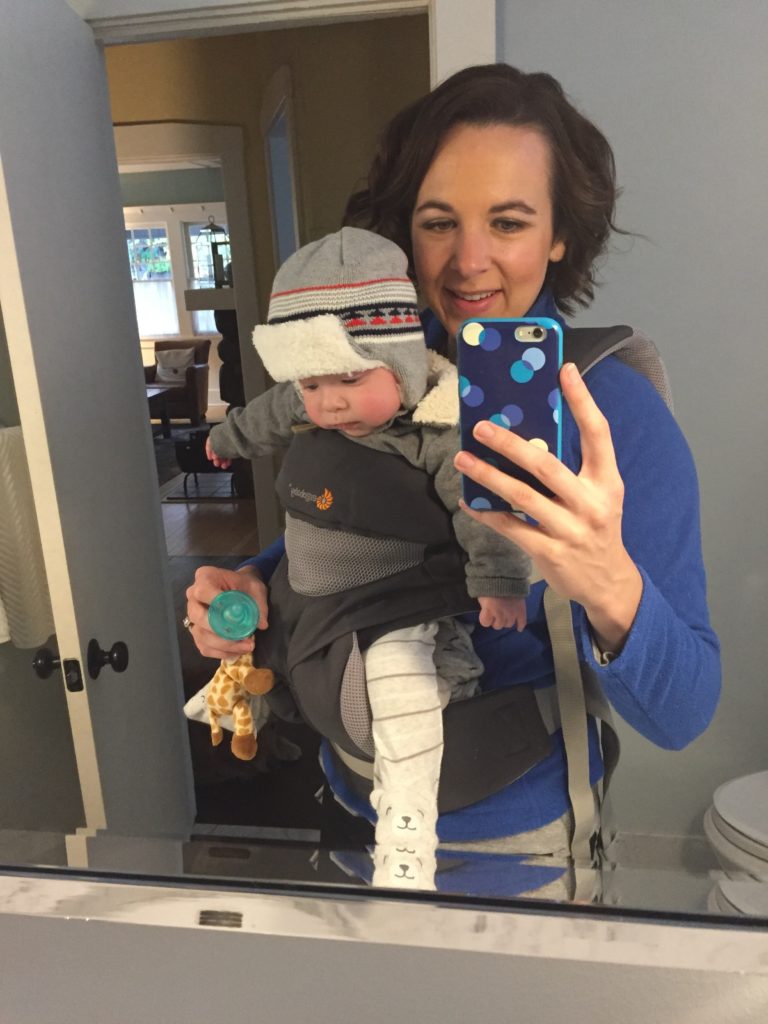 These little moments always take us by surprise when we see Ben do something new or look at him in a different way or try him in a different outfit or when he outgrows something that used to be too big for him. {He’s still in 3-6 month clothing and unless he goes through a major growth spurt, he does have a bit longer in this size, especially the pants. Some of the tops are getting to be a little snug in the length. I think we’ve still got another few weeks. I’m really excited about his 6-9 month clothes, though!} 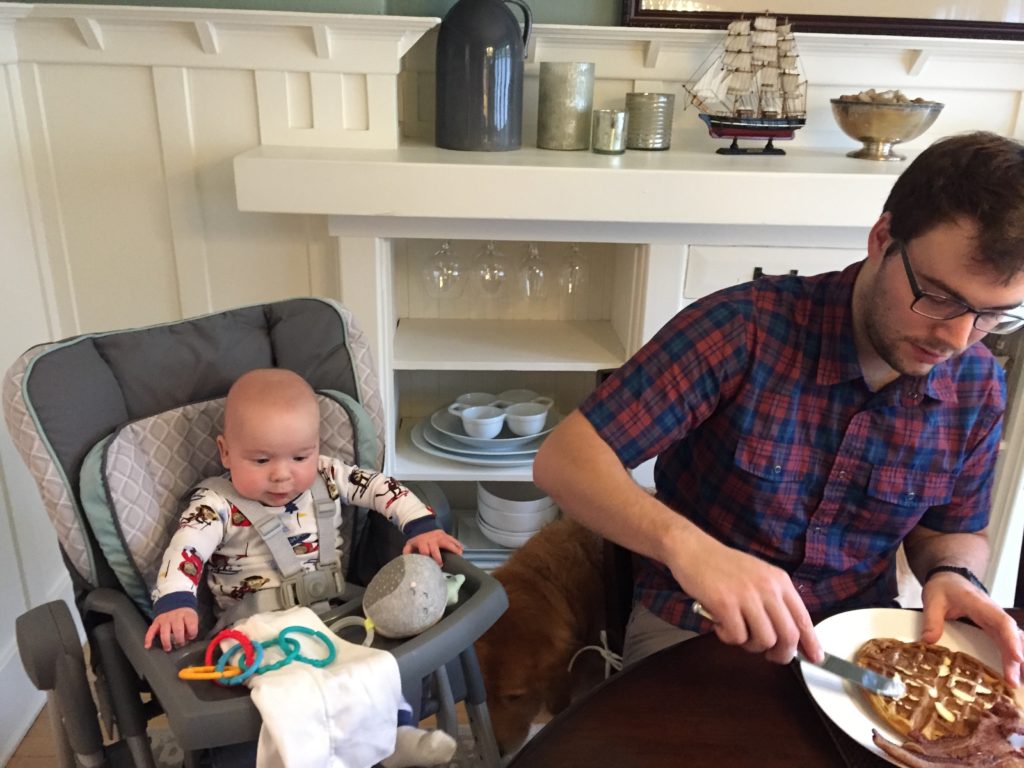 I absolutely cannot believe we are two weeks away from starting to offer solid food to Ben! I can’t wait for him to try food. I have a feeling he’s going to take to it pretty well, though it might be a little while before he adjusts to the concept. 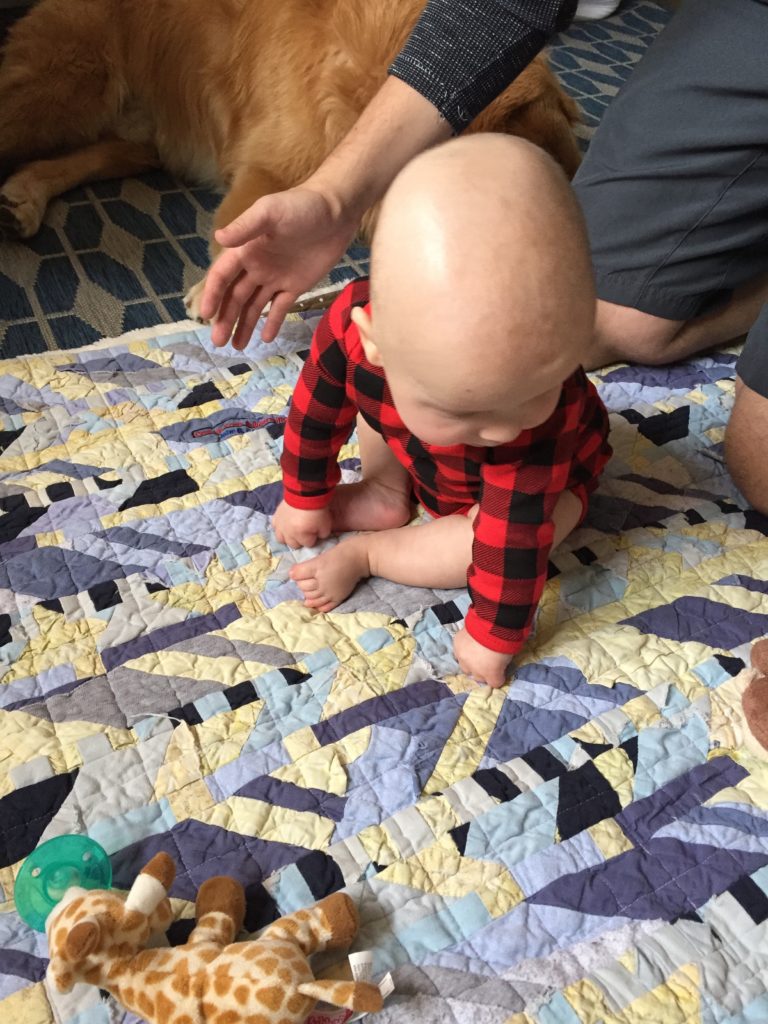 This kiddo is working on sitting up. Unreal. I’m really not sure when that happened, but it’s happening! 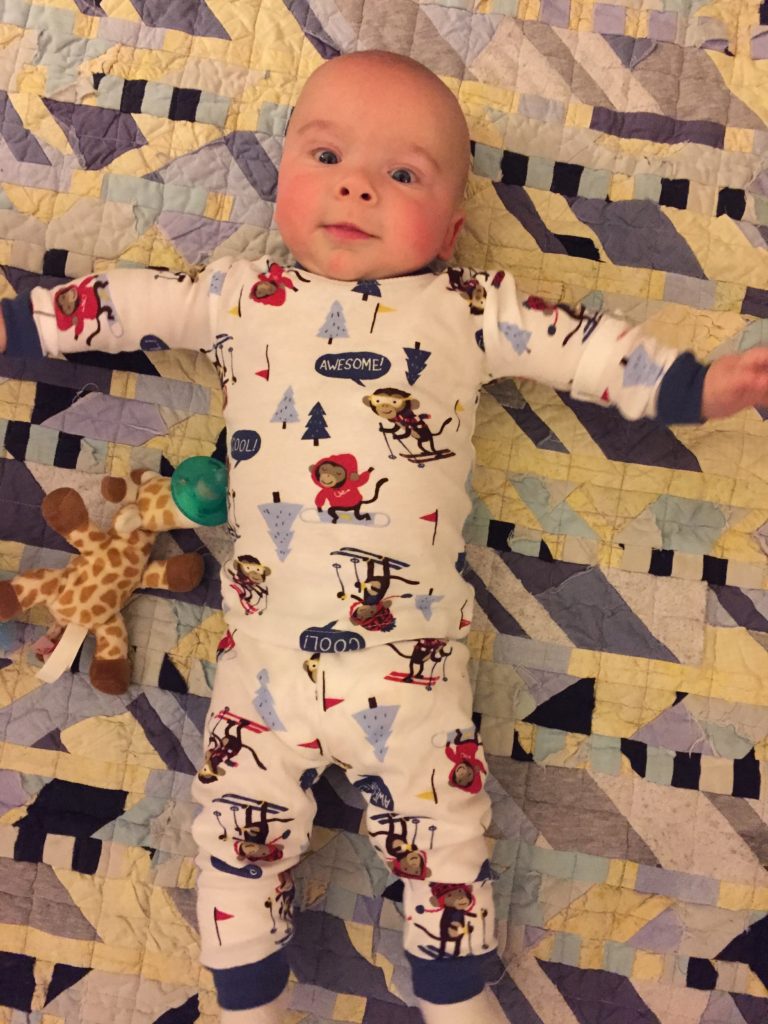 The other day I put Ben in these fun two-piece skiing jammies. Normally Ben’s jammies are one piece and for some reason we think he looks like such a big kid in these PJs. 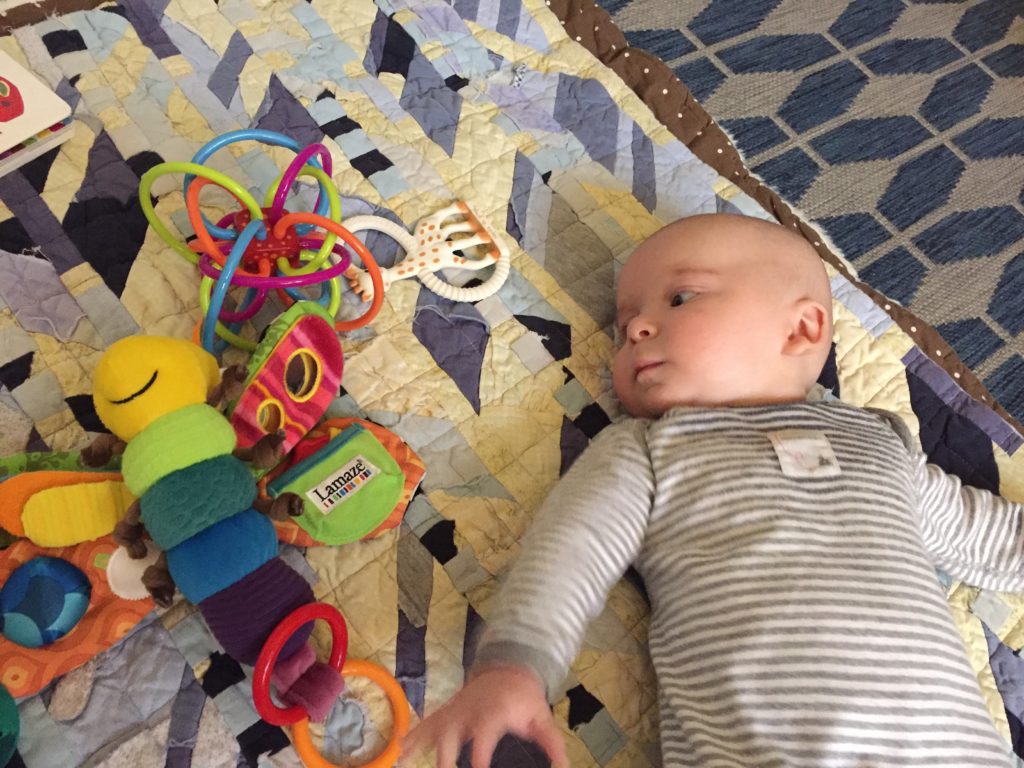 Ben is actively moving around his mat {either rolling – mainly just to his side – or doing some really laborious scooting or turning} to get to toys and will lay on his stomach and reach for them. He certainly has favorite toys and he has a preference at a certain point in time for which toy he wants. 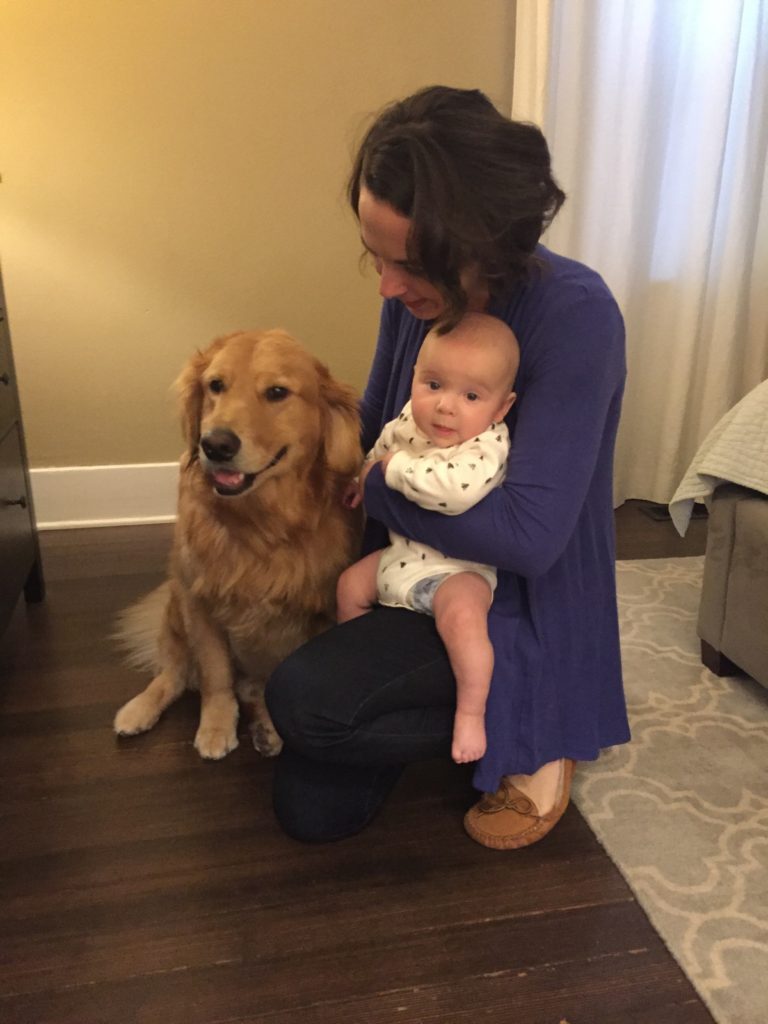 I know we’ll look back on these teeny tiny developmental milestones fondly and remember what a difference so many little changes made. It’s been so fun to watch Ben grow and develop from an itty bitty baby into a relatively normal size 5 month old!