When I was about 4 weeks postpartum I signed up for a 5K at the end of September and a 10K at the end of October. Back in August when it was light out a bit later in the evening, somehow I thought I’d have enough time to train for said runs. Reality sank in quickly and I’ve been able to get only one run in each week – on the weekends! 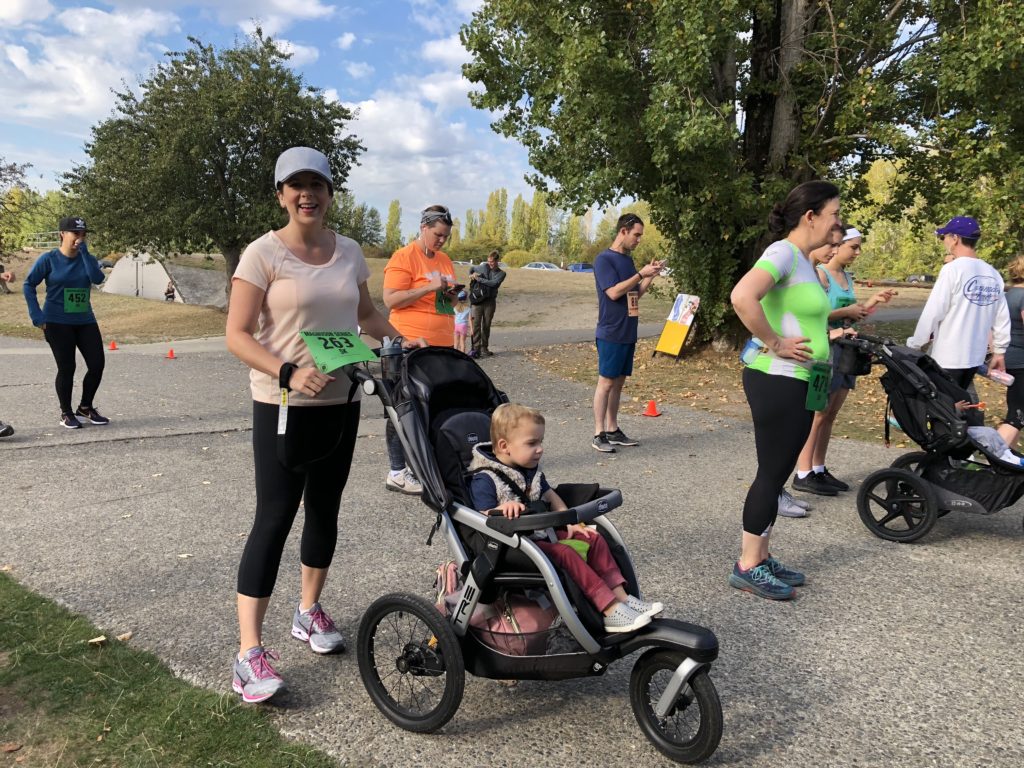 While I’m still able to exercise during the week, I can’t take Hannah on a run with me yet {it’s recommended to wait until about 8 months to take an infant in a jogging stroller due to their neck strength and head control} and Stacey can’t watch Hannah yet, sooooo that means I can only go for a run when Alex can watch Hannah. That is rather limiting when it’s now getting dark so early in the evenings – I am not keen on running in the dark, so I get to run on the weekends. 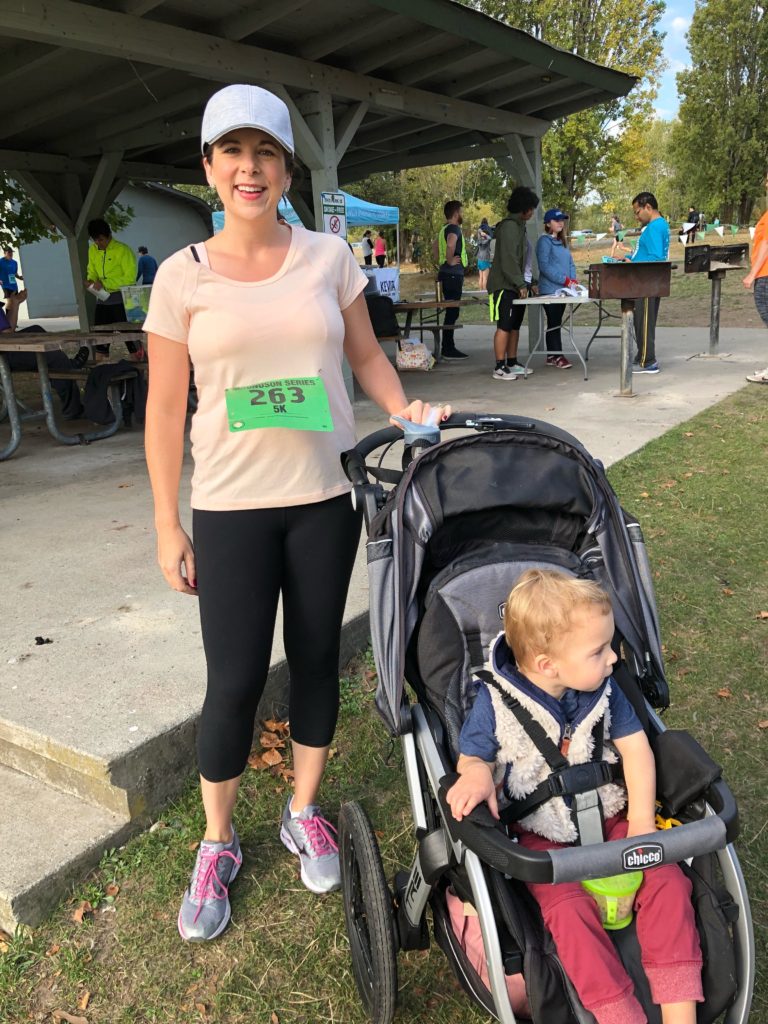 In any case, I really pushed myself and showed up to my 5K two weekends ago. I felt very unprepared and wasn’t sure I would be able to run the whole thing. 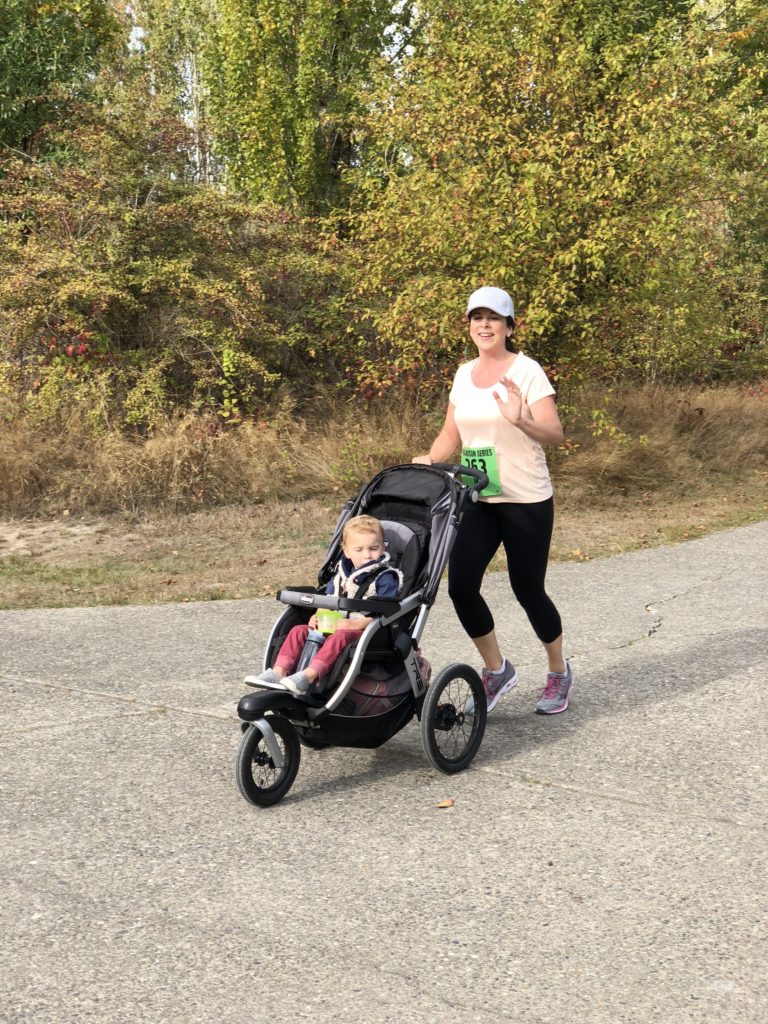 My little cheerleader, Ben, joined me on the run and it helped me keep going. I wanted to show him how hard I was working for something that I really wanted – what a better example of perseverance? I ran the whole thing {thank goodness it was almost all flat!} in 33 minutes and it felt so great to have accomplished that feat. 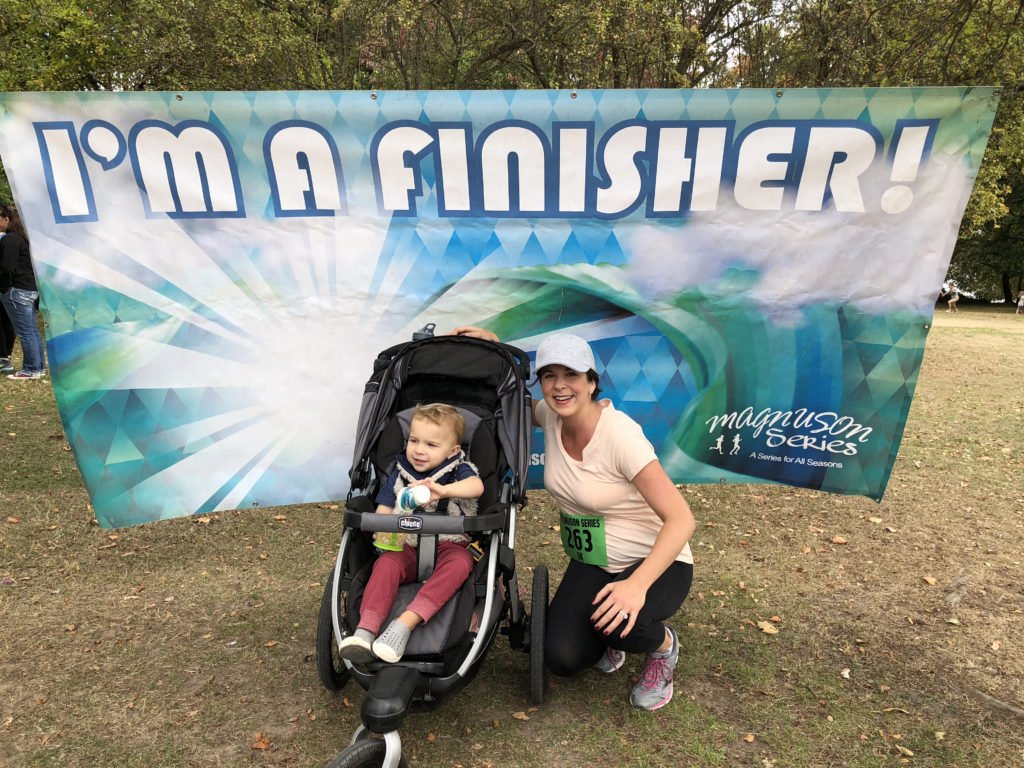