Our fourth of July weekend was super low-key, which ended up being really nice. We were pretty lethargic due to the heat, plus many of our friends were out of town, so it was nice to have an excuse to lay low.

In case you’re wondering, it’s still hot here in Seattle, though we’ve gotten a little respite from the heat the last two days. The highs have only been in the mid-80s, which has been amazing.

The forecast suggests we only have two more days in the 90s and then we dip down into the low 80s and upper 70s for the next ten days. I’m really looking forward to our house cooling down a bit and being able to turn on the stove without fear of our house exceeding 90 degrees inside {which we were thankfully able to prevent!}.

We didn’t do a ton during the long weekend. One of the big highlights was our hike to Snow Lake on Sunday. In an attempt to beat the heat we headed east to the mountains and went for a moderate hike near Alpental ski resort {the trailhead is in the parking lot of the ski resort}. It’s too bad that there ended up being a temperature inversion which in turn caused it to be hotter in the mountains than at sea level. So much for escaping the heat!

The hike was gorgeous. The views were endless and I just can’t get enough of the evergreens and cedar trees that dot the mountainside here in Washington.

Once we made it within sight of Snow Lake Jackson had a reinvigorated sense of purpose and was determined to make it down to that darn lake. So determined that he was willing to take Alex down to get there! I really thought he was going to just high tail it off the side of the trail and make a beeline for the lake! Thankfully he saved that for once we got down lower towards the lake {you had to hike up and over a ridge and then down into the basin of the lake}.

Jackson enjoyed some swimming time while we ate lunch and collectively cooled off. That dog just cannot get enough of the water! 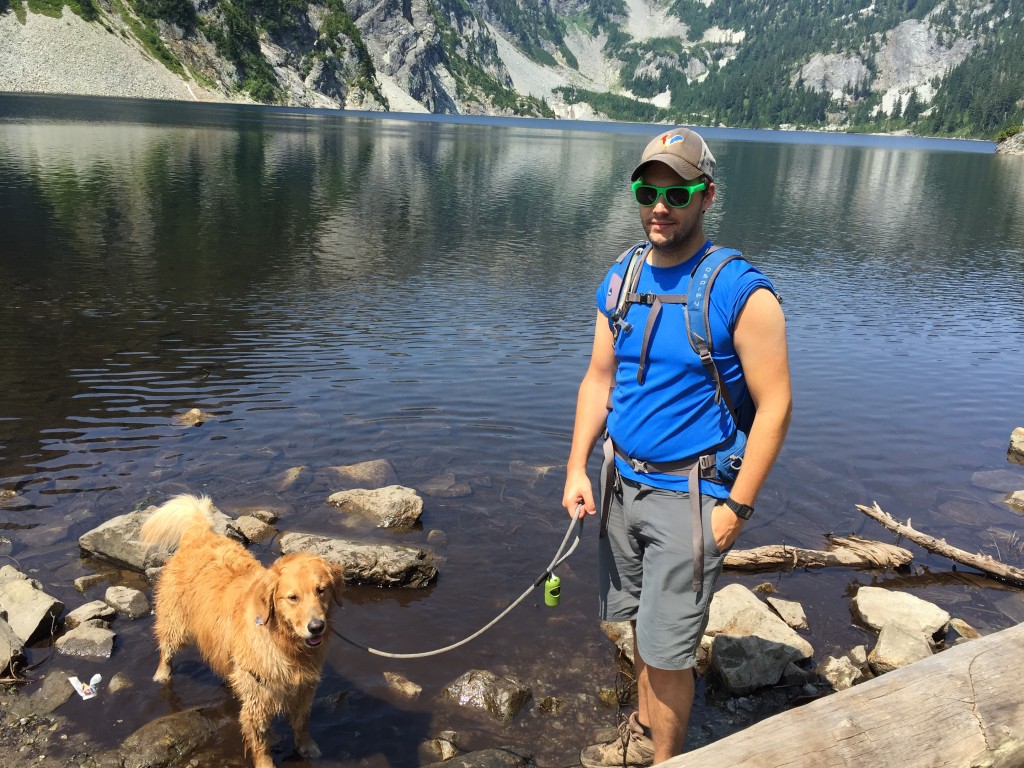 While we really enjoyed the views and scenery, I don’t think we’re going to be in a hurry to get back on that trail again. It was quite rocky, the trail was very uneven and it was very crowded. There was also very little shade, which made it a challenge when it was so hot out. Both of us were really glad we did the hike – it had been on our list for at least a year or two – but we’ll find a different one for next time.

Other than our hike, we tried out two new restaurants in Madison Park and Madison Valley, two adjoining neighborhoods to ours, and we spent a couple hours in Woodinville doing a wine tasting, picking up our wine club release and scouting out different neighborhoods out there. 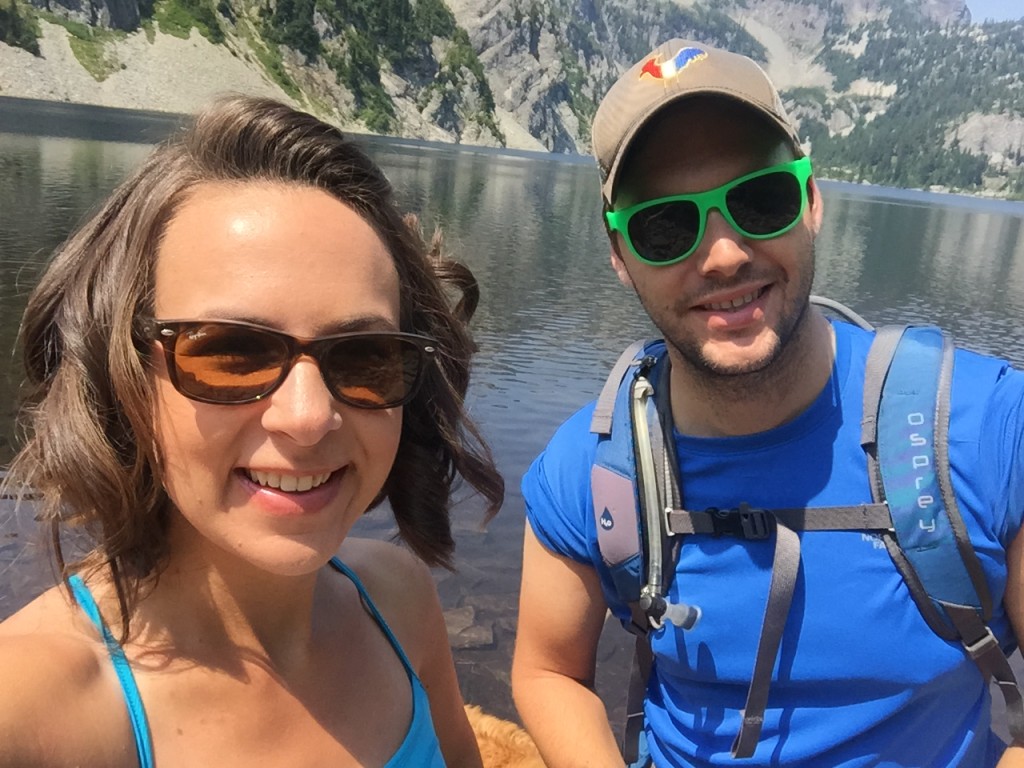 We started off the week, though, with a Mariners game! It was a fun little Monday night event to kick start the week… 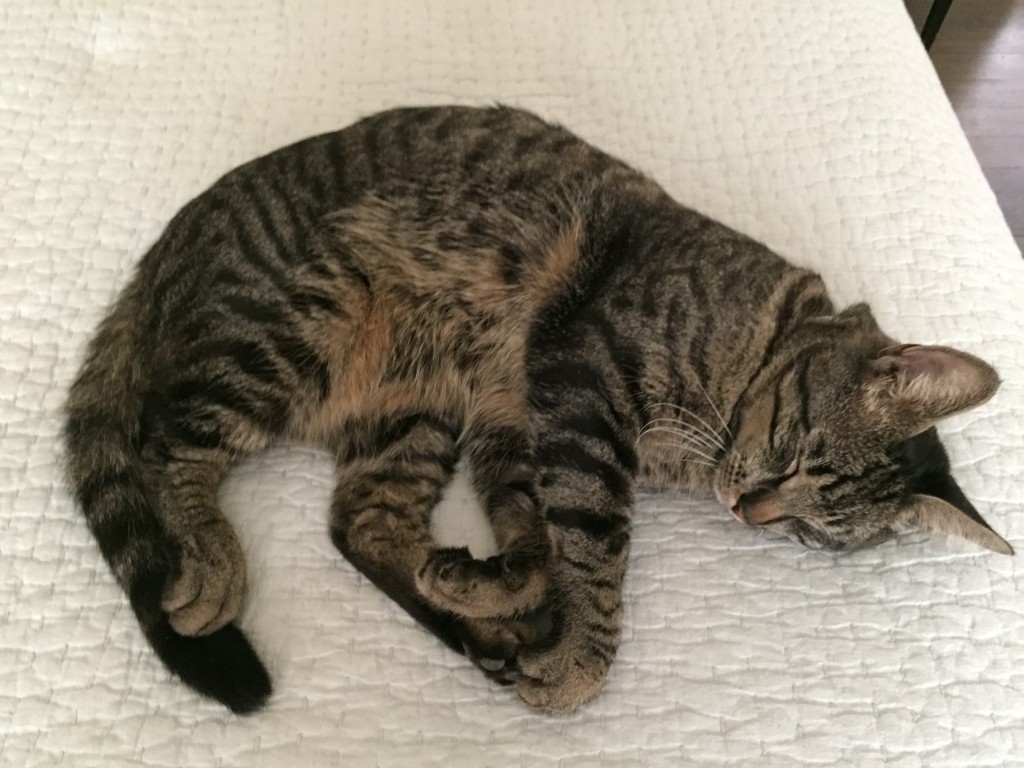