Not 30 minutes after Alex picked Jackson up from being boarded after Christmas was he sitting in the vet’s office waiting to be examined. Jackson had extremely bad hot spots on his genital region, likely from anxiety, that had gone unnoticed while he was boarded for 5 days. 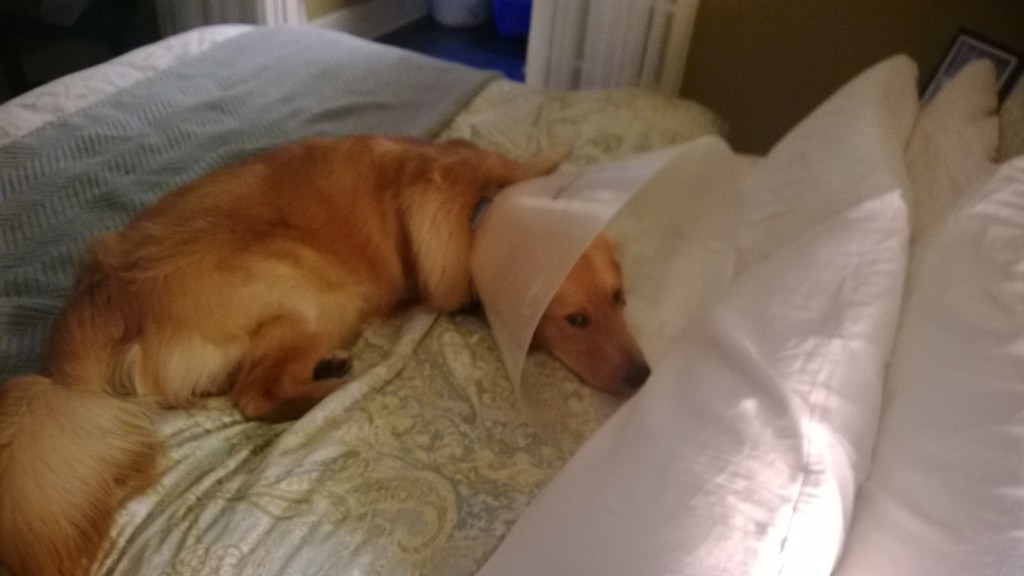 Coned dogs get to go on the bed.

The vet cleaned him up and sent Alex home with a cone for Jackson to wear to keep from licking the area, along with pain meds and some ointment. 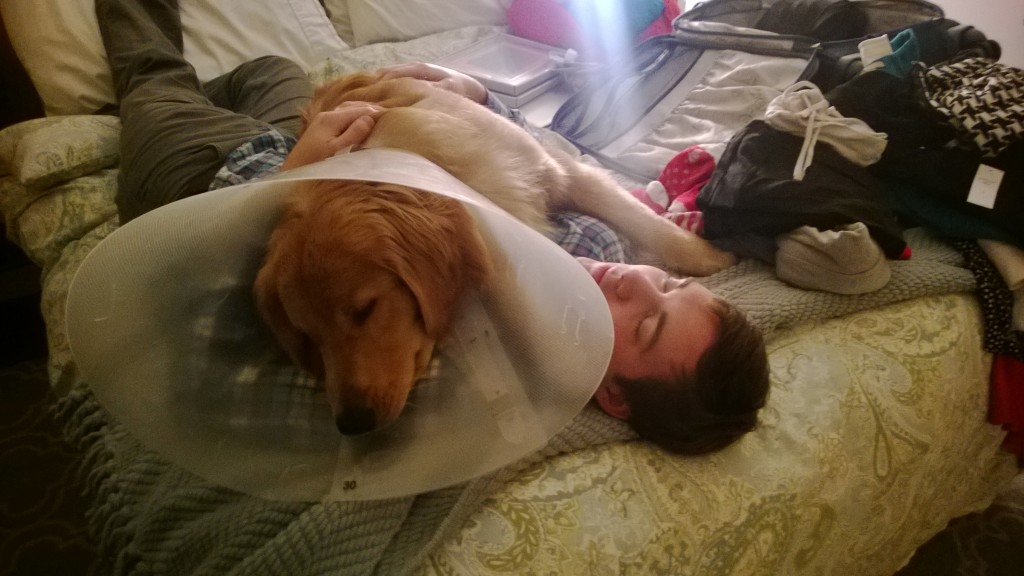 It’s safe to say that Jackson hates wearing a cone. Jackson was quite uncomfortable but loved the time when the cone would come off for him to go for a walk. 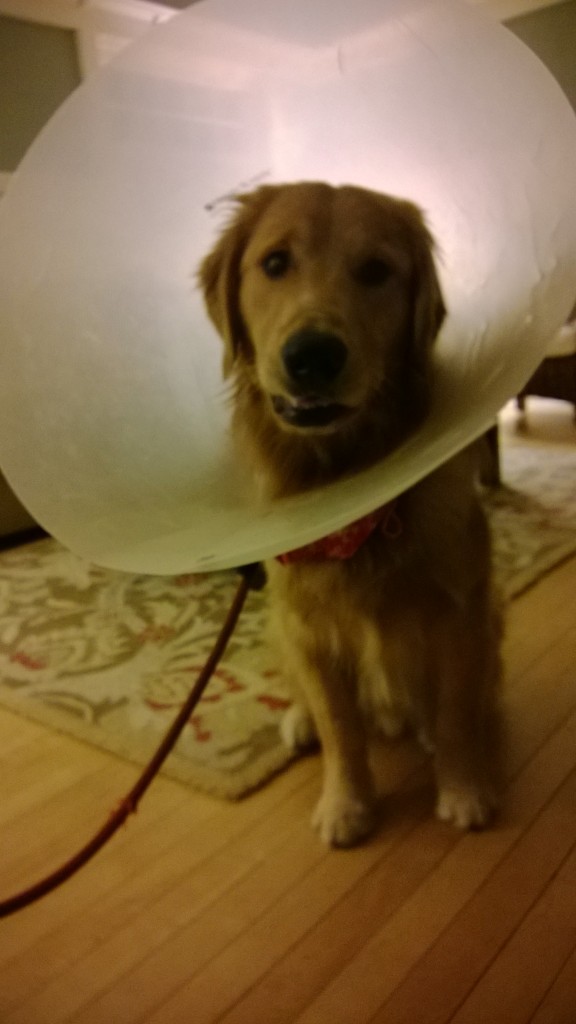 His last day with the cone!

It took about a week for Jackson to start ignoring the area enough for us to allow him to stop wearing the cone. Now it has been just about two weeks and he is back to his normal self!

Alex put some of his underwear on Jackson to alleviate the need for the cone… this was all in good fun!